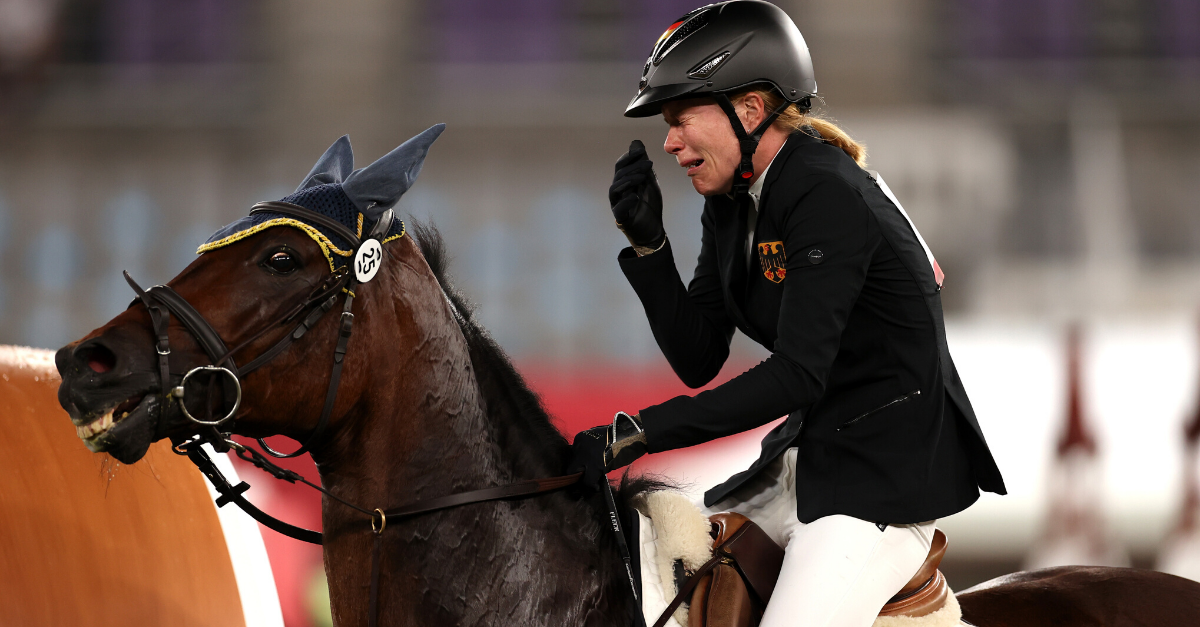 Although the Olympic games are often awash with inspiring stories, incredible displays of athleticism and bizarre rumors, this year's events in Tokyo seemed to stand out on all fronts.

However, the Olympics are also hardly ever immune to controversy and this year was no exception in that department either.

But while the Tokyo Summer Games brought us a lot to talk about, one of the most dramatic incidents seemed to unfold around the women's modern pentathlon when the horse assigned to German athlete Annika Schleu refused to jump during that's event riding section.

Yet that moment managed to have an even more unfortunate backstory than expected and the revelations that came from this new knowledge have left a sour taste in Kaley Cuoco's mouth.

You likely know Kaley Cuoco as Penny in *The Big Bang Theory* or from her Emmy-nominated work in *The Flight Attendant*.

But unless you've been following her closely, you may not be aware that she's also been an avid horse rider for just about her whole life.

As People reported, she's been riding since childhood and married a horse trainer named Karl Cook. According to Insider, she also owns a farm in Coachella Valley with 25 horses.

And as you can see here, she's no stranger to showjumping either.

With that in mind, it's no surprise that she was watching the horse-centric parts of the Olympics with great interest. 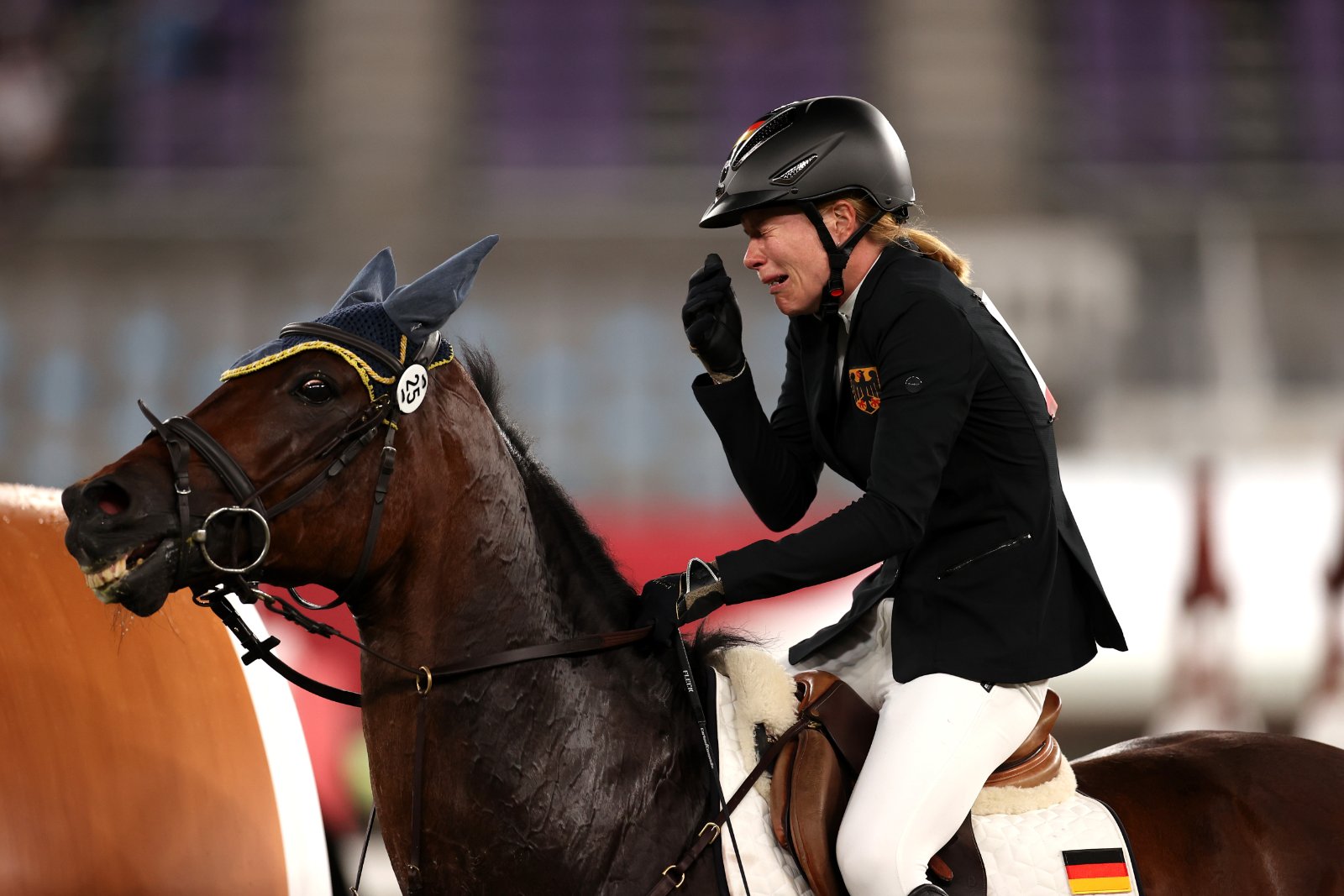 However, she didn't like what she saw when it became clear what happened in the background of Annika Schleu's failed run on a horse named Saint Boy.

As Insider reported, a German trainer named Kim Raisner was caught on camera punching Saint Boy due to its refusal to jump and was allegedly seen striking it prior to Schleu's event.

These actions would see Raisner removed from the Tokyo Olympics entirely.

Over the course of two recent Instagram stories, Cuoco condemned the actions of the German penthathlon team.

As People reported, she said, "I feel it's my duty and heart to comment on this disgrace. This is not Olympic show jumping. This is a disgusting, classless, abusive representation of our sport in so many ways. This team should be ashamed of themselves."

Cuoco's ire was particularly directed at Schleu and Raisner, who she referred to as "a disgrace."

But with those statements also came an offer to buy Saint Boy that Cuoco has since confirmed as serious.

As she put it, "I'll buy that horse outright and show it the life it should have. Name your price."

Although Saint Boy is not owned by either Schleu or Raisner and was randomly selected for the competition, Cuoco nonetheless seemed to suspect this wouldn't be the only time a horse in their care is treated this way.

In her words, "Shame on you and godspeed to any animal that comes in contact with you."