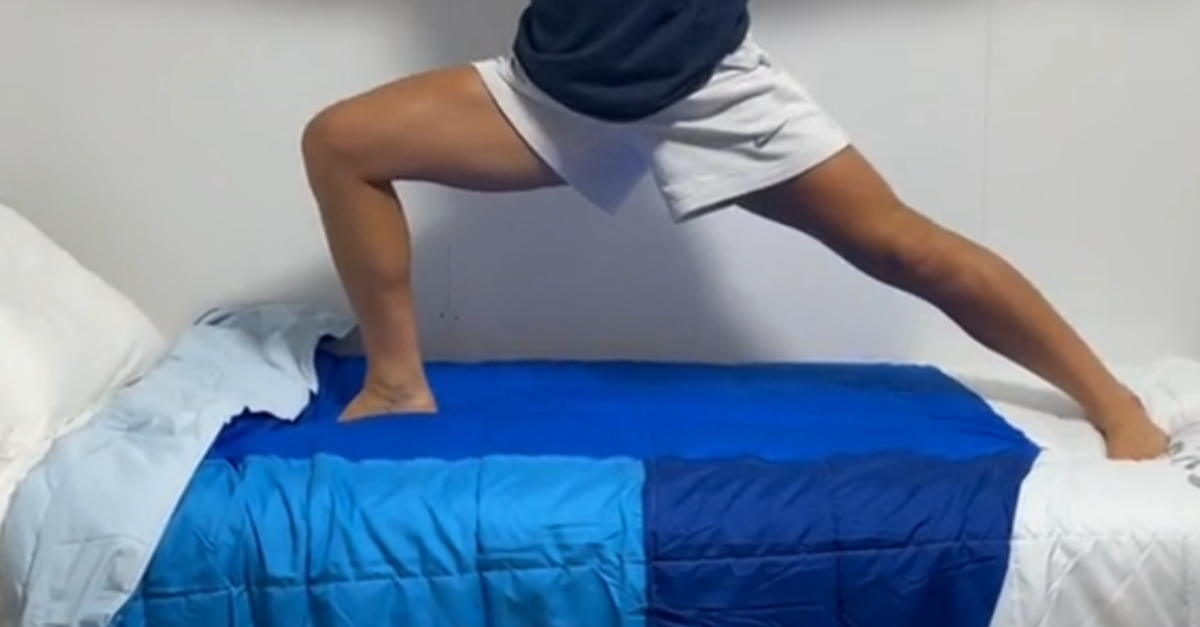 While the Olympics are primarily about celebrating the accomplishments of the world's greatest athletes, we'll often find that the sports themselves aren't always the focal point for the stories that come out of the games.

We may find ourselves hearing about what competitors had to overcome to even participate in the Olympics, but we're perhaps more likely to hear about the ones who find themselves embroiled in controversy.

But sometimes, even the facilities built for the games can end up stealing the focus if there's something particularly strange about them. But while it was hard to count the ways that the Sochi Olympics were out of step, fans seem to be fixated specifically on the Olympic Village's beds this year.

Over the past few weeks, Twitter users have speculated that there's a hidden reason why the bed's in the Tokyo Olympic Village are made from cardboard.

Since the Olympics are known to be a hotbed for sexual encounters among those competing, these folks figured that organizers put these beds in place to prevent athletes from getting intimate (and thus spreading COVID-19) by making them too weak for multiple people to lie on.

And as this rumor spread, it seemed to get bigger in the telling.

After a while, not only were the beds supposed to collapse when multiple people got on them, but it was said that even sudden movements could make this happen.

And that's why Irish gymnast Rhys Mcclenaghan uploaded a video of himself jumping on his bed.

As you'll see here, he began his clip by saying, "In today's episode of fake news at the Olympic Games."

Although he indeed confirmed that the beds were made from cardboard, his jumping was intended to illustrate that everything else the public was claiming about them was "fake news."

As he put it, "Apparently, they're meant to break at any sudden movements" and that was obviously not the case for him.

And while they did this too early to respond to similar rumors, the U.S. women's rugby team pulled similar stunts to test out their beds.

And if these videos weren't already making it clear that these aren't "anti-sex" beds, a France 24 report from January of 2020 confirmed that the beds can support up to 440 pounds.

Not to mention, the fact that these beds were ready before we were even in the midst of a pandemic shoots down the whole reason why "anti-sex" beds would need to exist in the Olympic Village.

Instead, the beds are made of cardboard simply in the interest of providing a "green," sustainable Olympics as the material is easy to recycle.