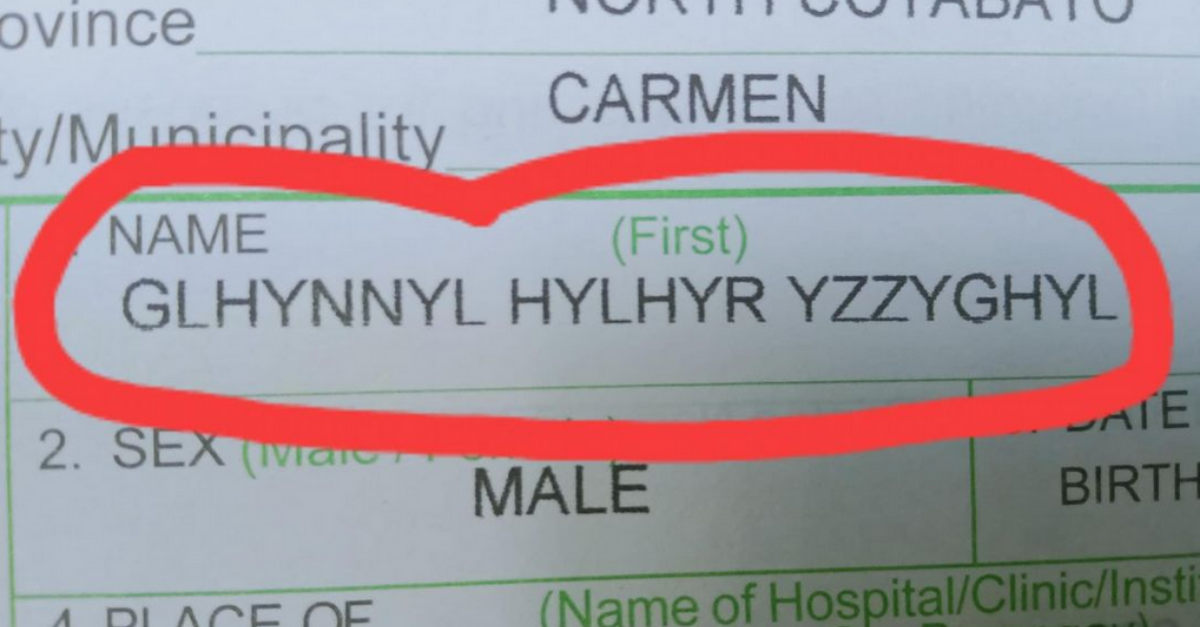 As if there already weren't enough stresses that come from the arrival of a new baby, many new parents find themselves struggling to pick a name that they're confident they and the child will be happy with.

Of course, that doesn't seem to be a worry within some families as every now and then, we'll hear about parents who embrace a name that would seem like a misprint if we saw it in a book.

Although celebrities seem to be the most likely candidates for this kind of naming practice, one recent story from the Philippines shows that regular folks can just as creative with their little ones' monikers.

Soon after a baby boy entered the world in the Cotabato province of the Philippines on April 27, a family friend named Yuleses Romneck Cequiña Referente shared his unusual name on Facebook. 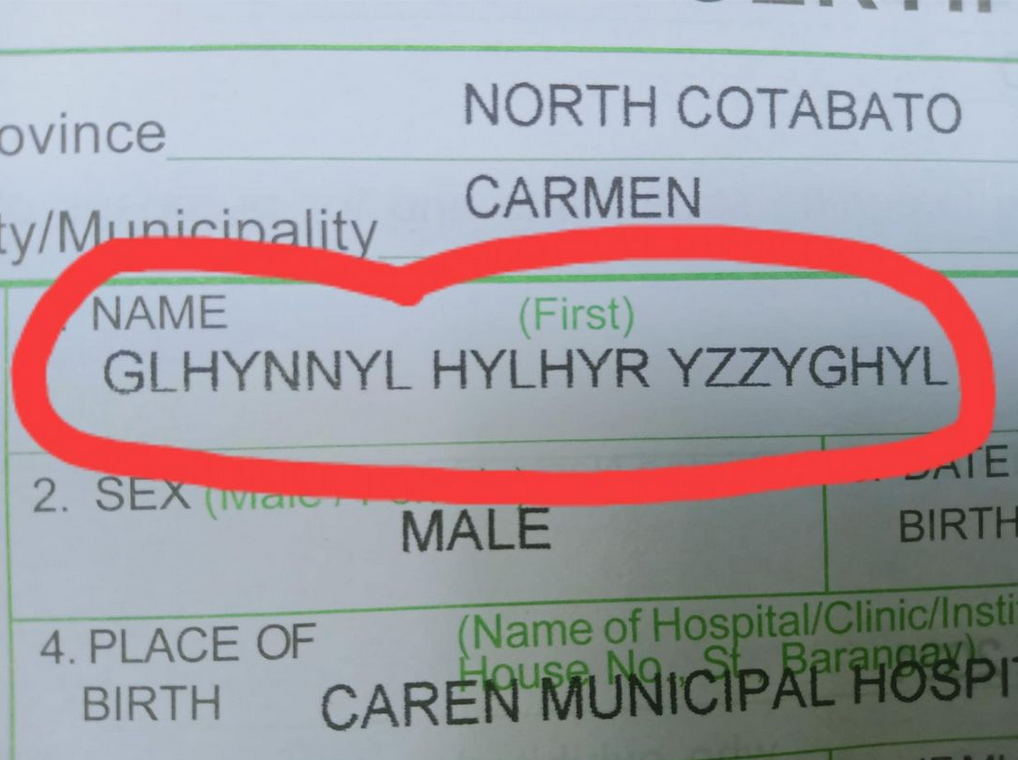 And just in case we didn't believe that his name was actually Glhynnyl Hylhyr Yzzyghyl, this is indeed a photo of his birth certificate.

Although the baby's parents didn't come up with this name, his granduncle Raugyl Ferolin Estrera told Vice that they found it "bizarre, yet beautiful."

Instead, it was Estrera himself who came up with the name and he also thought of giving the child the nickname "consonant." 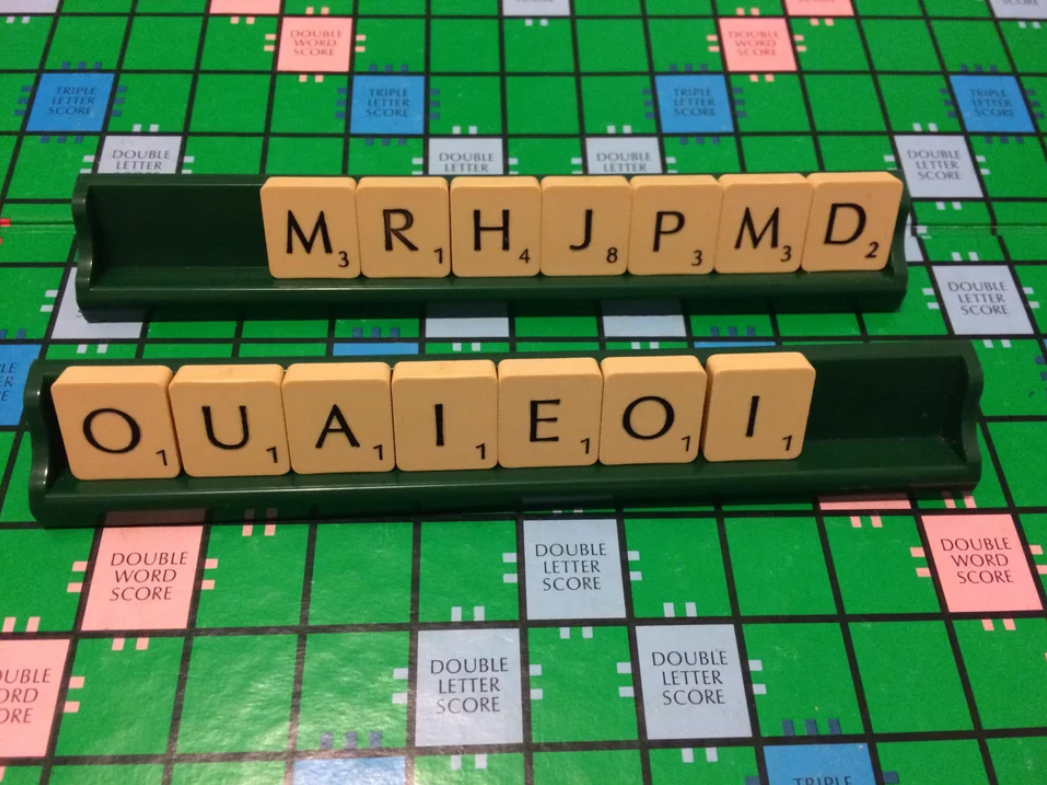 Because while Y is sometimes a vowel (as it is in the child's name), you could technically say that this first name is entirely composed of consonants.

Estrera also told Vice that this wasn't the only name he had come up with, saying, "It took me weeks to formulate the name of my grandson and it was like a trial and error because it was hard at first."

So what led him to create this name and why was the family so quick to adopt it? Estrera explained that too. 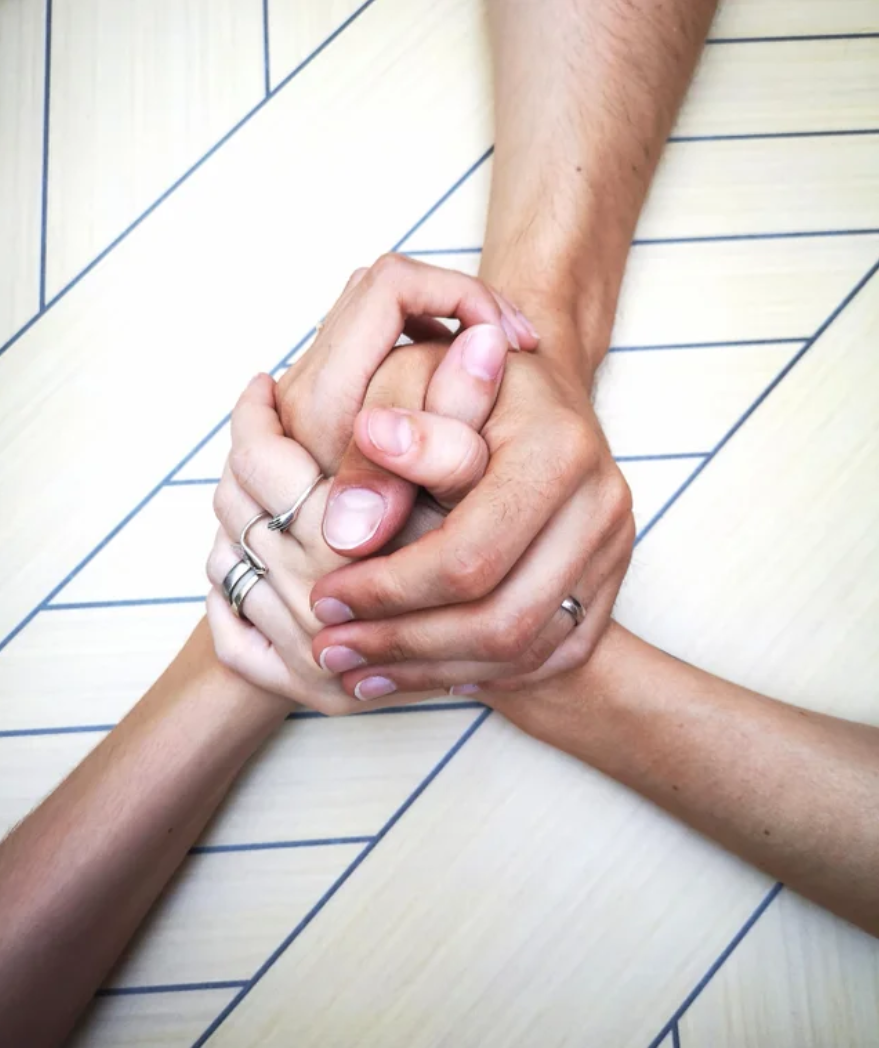 He said to Vice that most of the consonants in the baby's name were derived from the names of various family members with the "Glhynnyl" part of the name being inspired by the child's mother and grandmother, respectively named Geraldine and Joralyn.

As for the use of Y as the only vowel, that came from a naming convention that already existed in that family, which tended to feature the letter.

Although Glhynnyl Hylhyr Yzzyghyl's is difficult to spell, the family plans to teach him about its inspiration very early in life. 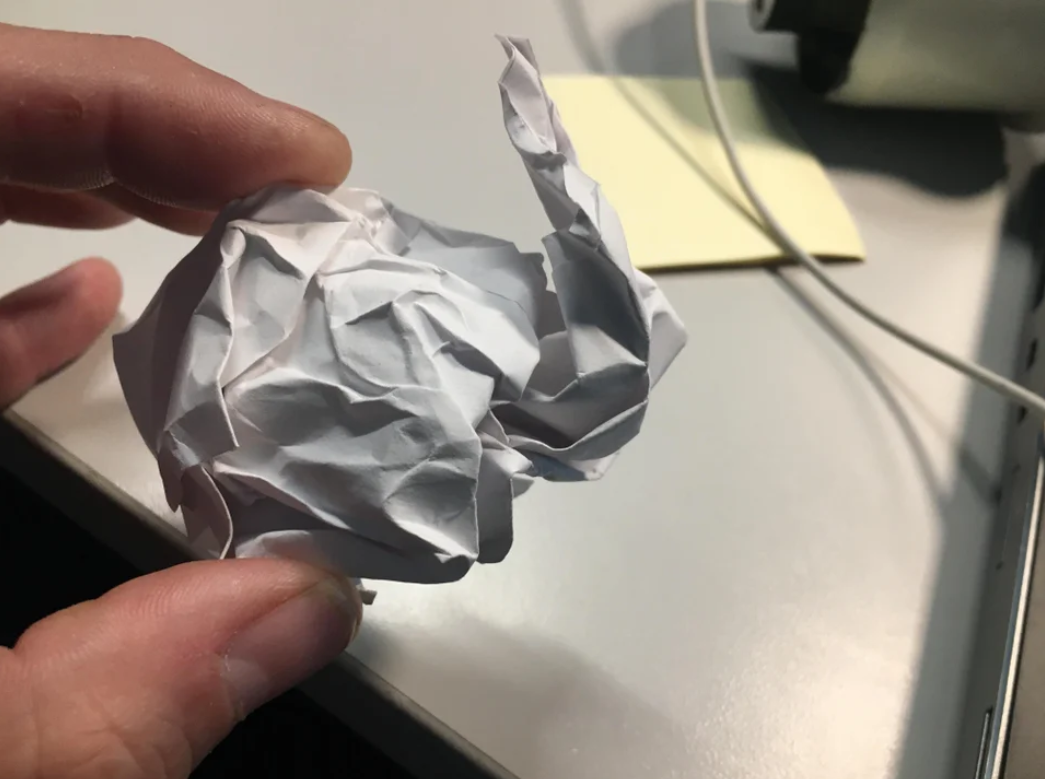 As Estrea told GMA News, "If I will give him a name, it should be something of value for our family. The child's name shouldn't be made up."

He also shared that the birth certificate we saw had to be reprinted because the people who printed it misspelled the name the first time around. It's pretty hard to blame them, isn't it?

And if you're curious about how one is supposed to pronounce Consonant's name, Estrea said it sounds like "Glinil Hayler Izihil." Let's just say those Y's are doing a lot of the work.