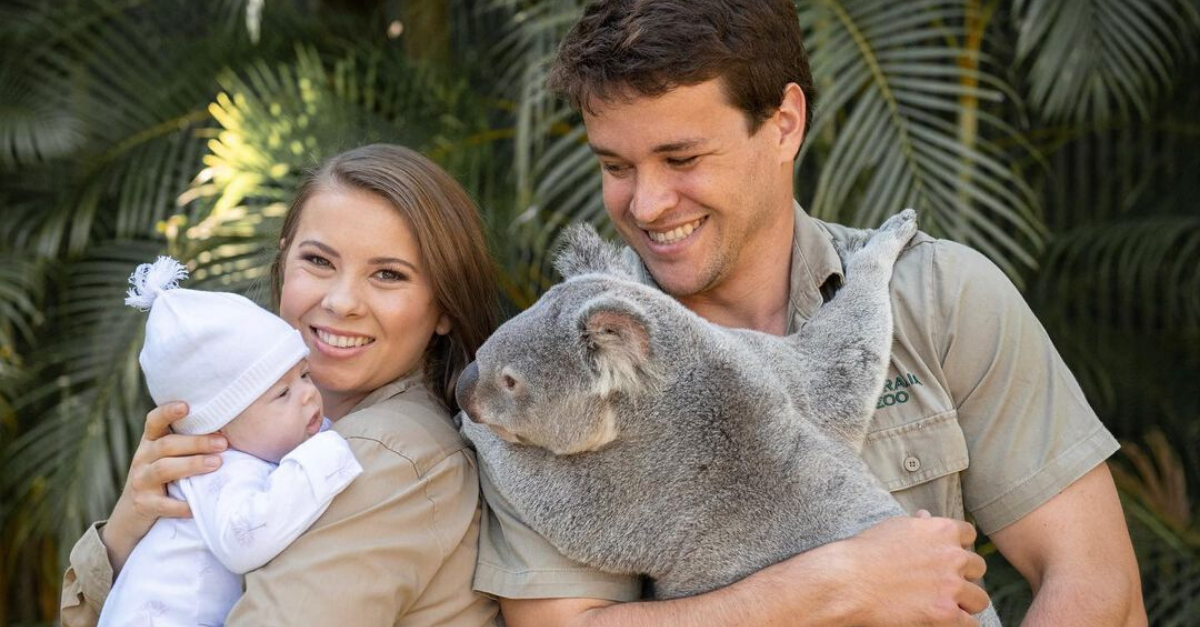 Even a cursory glance at the social media profiles of Bindi and Robert Irwin can tell you a lot about what they're passionate about.

Not only is it clear that they have the same affection for exotic and sometimes dangerous animals that their father did but they've also made no bones about their intent to carry on the late Crocodile Hunter's legacy.

But if seeing them hang out with happy animals wasn't already adorable enough, Bindi has been providing her followers with a double dose of cuteness ever since her daughter Grace was born in March.

And now, it seems that her worlds are colliding in a way that's far less intense than I'm making it sound.

Although she's only two months old, it's clear that the Irwin family has very high hopes for little Grace Warrior Irwin Powell's future.

As People reported, Bindi even explained that the baby's middle name comes from Steve's ideals as he coined the term "Wildlife Warrior."

And it seems that Grace will grow up in the perfect environment for that kind of lifestyle as Bindi said her family all live at the famous Australia Zoo.

Long before anyone saw Steve on TV, the Irwin family has established the zoo as one of the world's major centers for animal conservation and wildlife education.

Bindi also said that the property's wildlife hospital has rescued and rehabilitated over 100,000 animals that have had to deal with serious illnesses, injuries, and even becoming orphaned in some cases.

But while the zoo has always been Grace's home, it was only on May 25 that we've seen her come face-to-face with some iconic wildlife.

As her proud parents happily looked on, the two-month-old could be seen locking eyes with a curious koala.

It's hard to tell who's more perplexed to see who here.

Bindi has said that she's felt grateful that her and her brother Robert have had the opportunity to carry on their family's 50-year mission at the Australia Zoo.

And now, she looks forward to passing on that opportunity to Grace.

As she put it, "I know in my heart that she will forge her own path to make our planet a better place through her connections with the gorgeous animals that we protect here at Australia Zoo and the conservation work we do with animal species around the globe."