A number of Icelandic officials, including Iceland's Prime Minister and additional leaders, hiked to the former site of the Okjökull glacier on Sunday to mourn the loss of the glacier due to climate change.

Though Okjökull was declared 'dead' in 2014, the body of ice has now completely melted—Iceland's first entire glacier to ever disappear completely.

A funeral of sorts was held for the massive structure, as what was once more than fifteen square miles long has now become a puddle of water.

Though the name would suggest otherwise, only a fraction of Iceland is covered in ice. 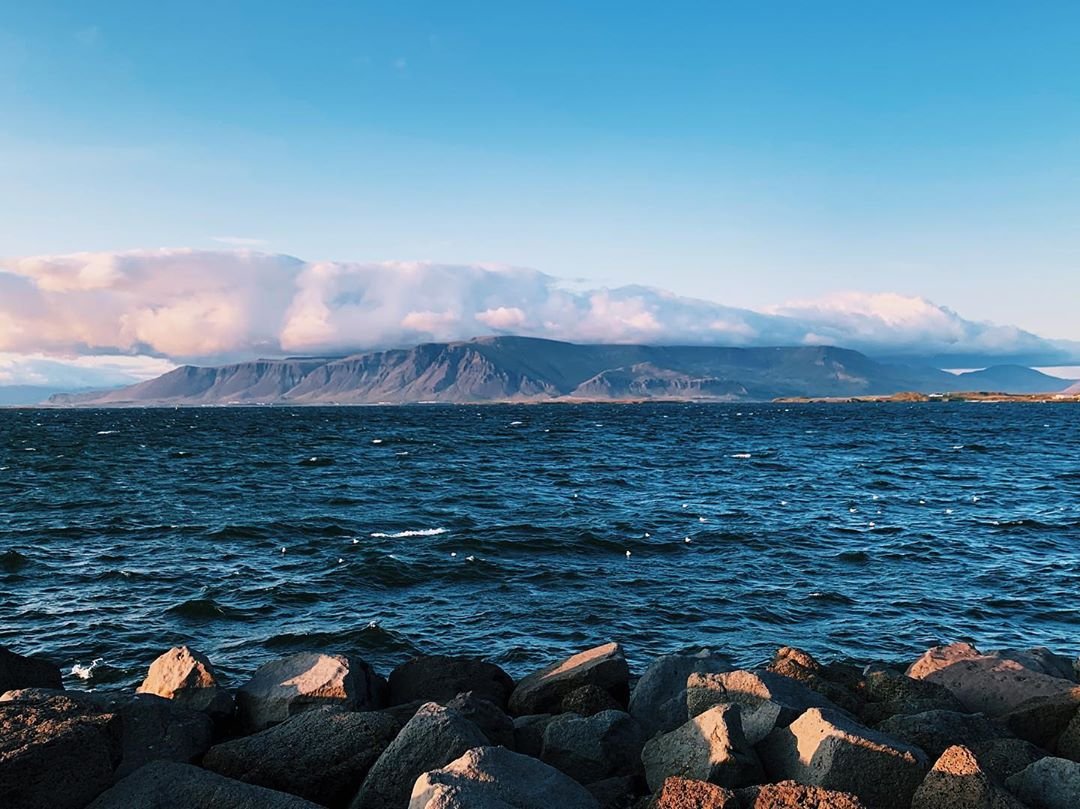 However, that is a large number in terms of land square footage. Iceland is roughly 40,000 square miles large, with 10-11% of that being glacier coverage.

July saw neighbor Greenland lose billions of tons of ice to global warming, and in the next 200 or so years, all of Iceland's glaciers are expected to be gone.

Think about that for a second. Iceland is expected to lose more than 10% of its entire country due to climate change.

The glacier being mourned is Okjökull, located in west-central Iceland. 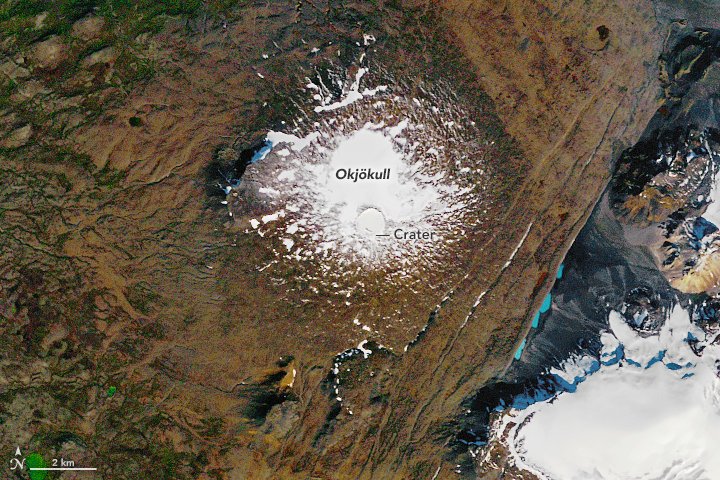 This image was taken via satellite by NASA on September 14th 1986, to show the scale of the glacier along with its crater. 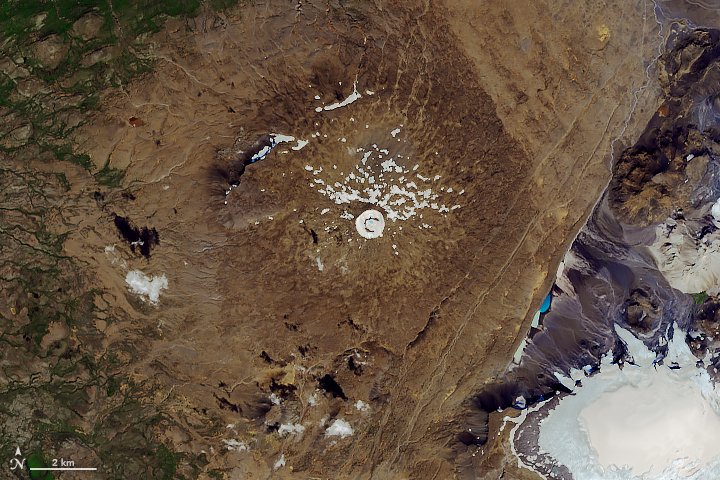 As you can see, the glacier is completely melted away.

"The symbolic death of a glacier is a warning to us, and we need action," explained former Irish president Mary Robinson to the Associated Press.

"We see the consequences of the climate crisis. We have no time to lose." 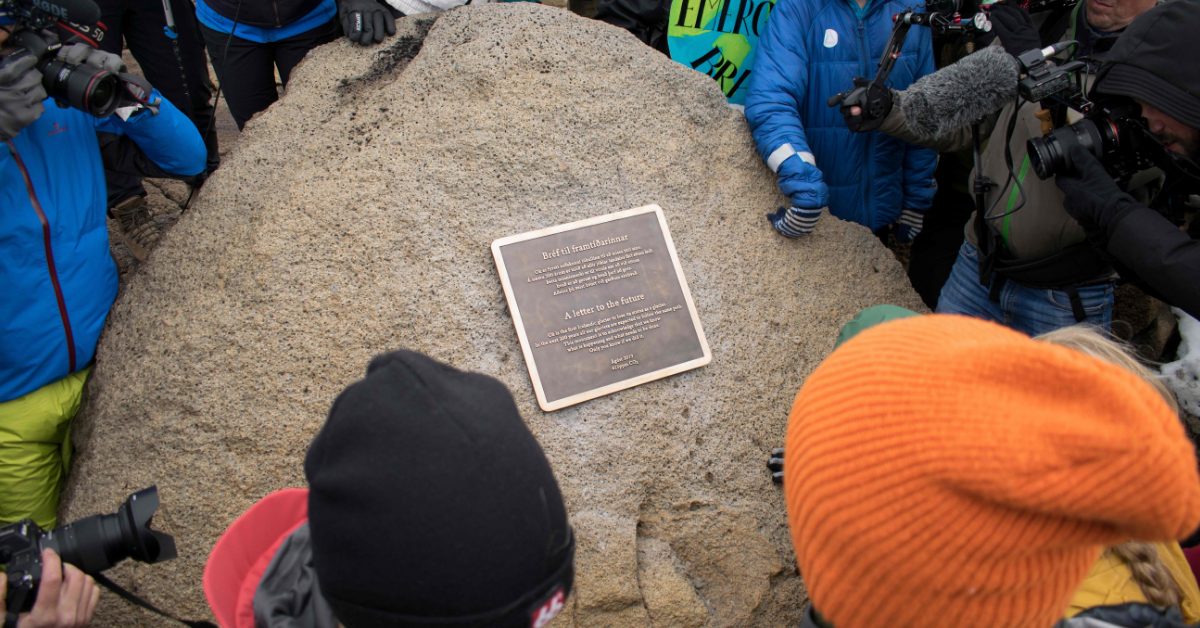 At the end of the memorial service, a plaque titled "A Letter to the Future" was placed at the former site of the glacier.

"Ok is the first Icelandic glacier to lose its status as a glacier," the plaque reads. "In the next 200 years, all our glaciers are expected to follow the same path."

"This monument is to acknowledge that we know what is happening and know what needs to be done. Only you know if we did it." 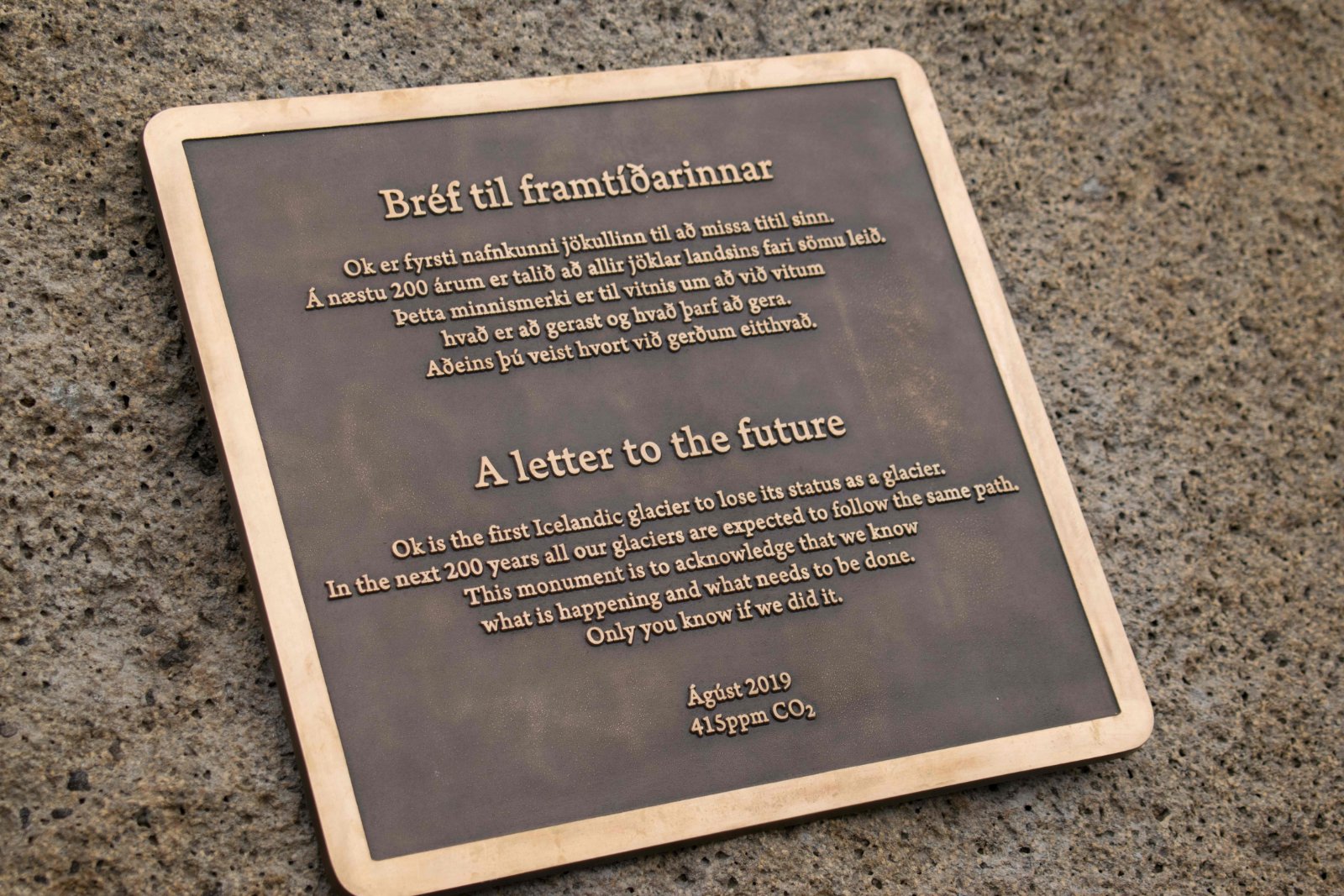 The implications of this memorial are not only heartbreaking, but absolutely terrifying.

17-year-old Gunnhildur Hallgrimsdottir explained to Associated Press that he fears for generations not too far in the future:

"I know my grandchildren will ask me how this day was," he stated. "And why I didn’t do enough."

Icelandic Prime Minister Katrín Jakobsdóttir says that fighting climate change needs to be made a priority. 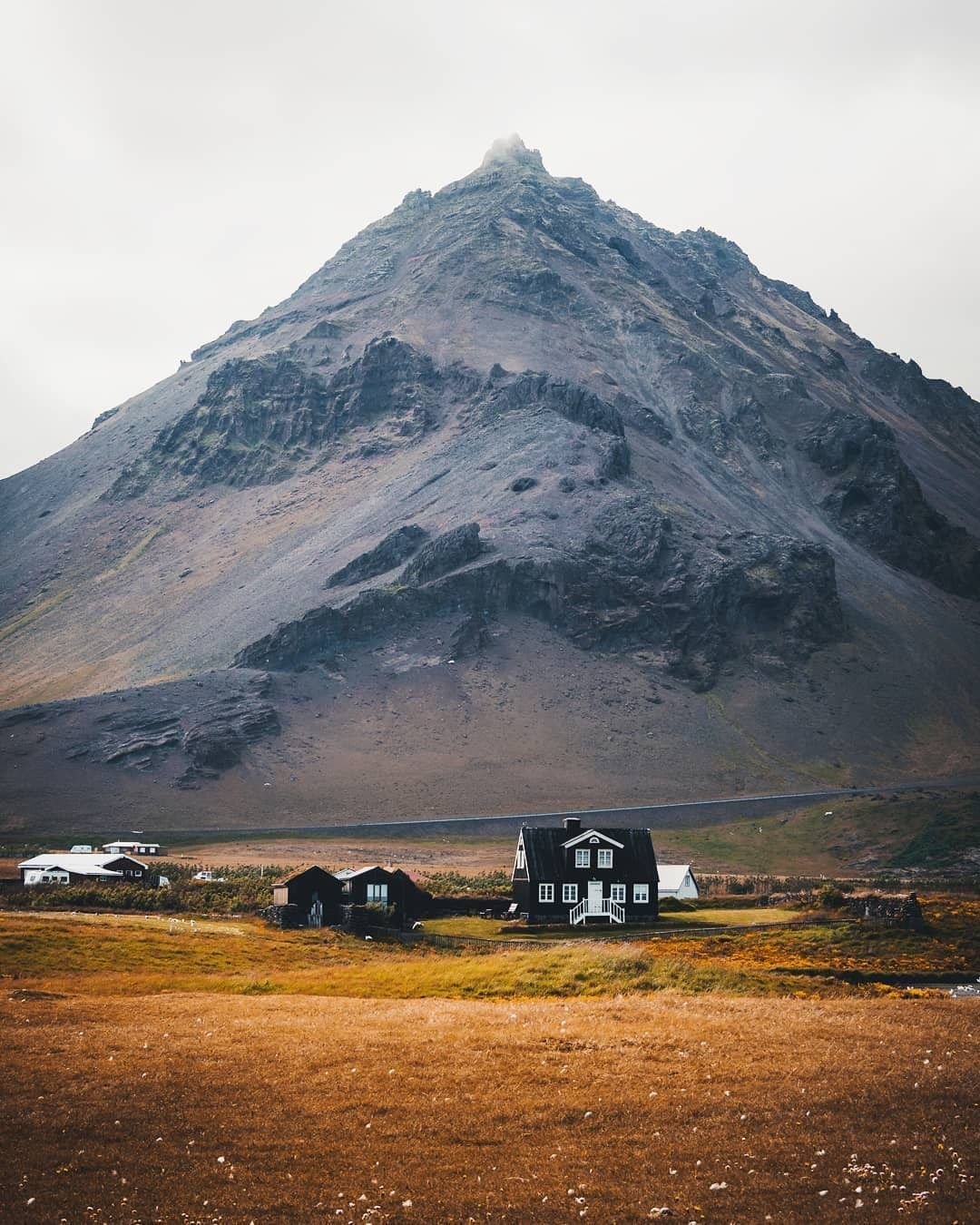 According to Jakobsdóttir, enviromental issues such as climate change will be a heavily discussed topic when Nordic leaders and German Chancellor Angela Merkel meet in Reykjavik this Tuesday.