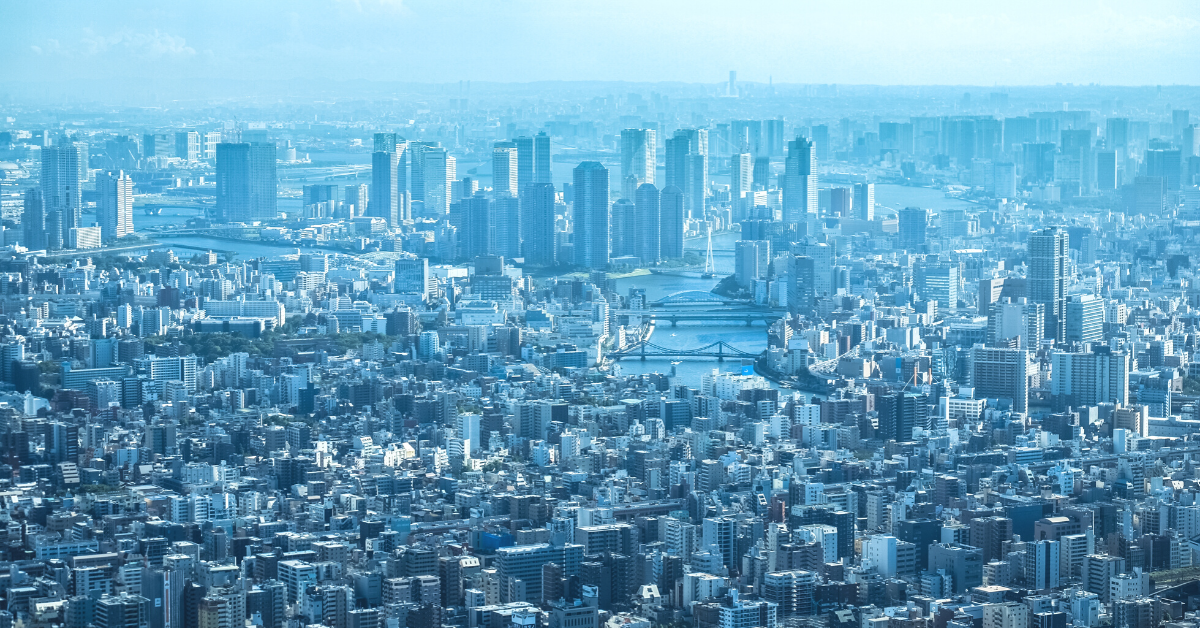 For First Time In Centuries, World's Population To Shrink By 2064, Study Predicts

It's hard to think about populations without bringing up Thomas Malthus, the 18th century political economist who predicted that humans would bring about their own collapse by growing faster than their food supply.

Malthus was a controversial figure — his theories and figures led to Charles Darwin and Alfred Wallace's work on evolution and natural selection, but they also led to some horrific policies on the part of politicians, who used them to enact population control measures like forced sterilizations and eugenics.

Many others have followed in Malthus's gloomy footsteps, predicting catastrophe brought on by overpopulation, notably Paul Ehrlich, who had a bestseller in 1968 with The Population Bomb.

Nevertheless, humanity has persisted, at least so far. But research published in The Lancet suggests that humanity isn't out of the woods just yet, but it's not food supplies that have us in trouble.

The last time the world's population declined was during the Black Plague in the 14th century. 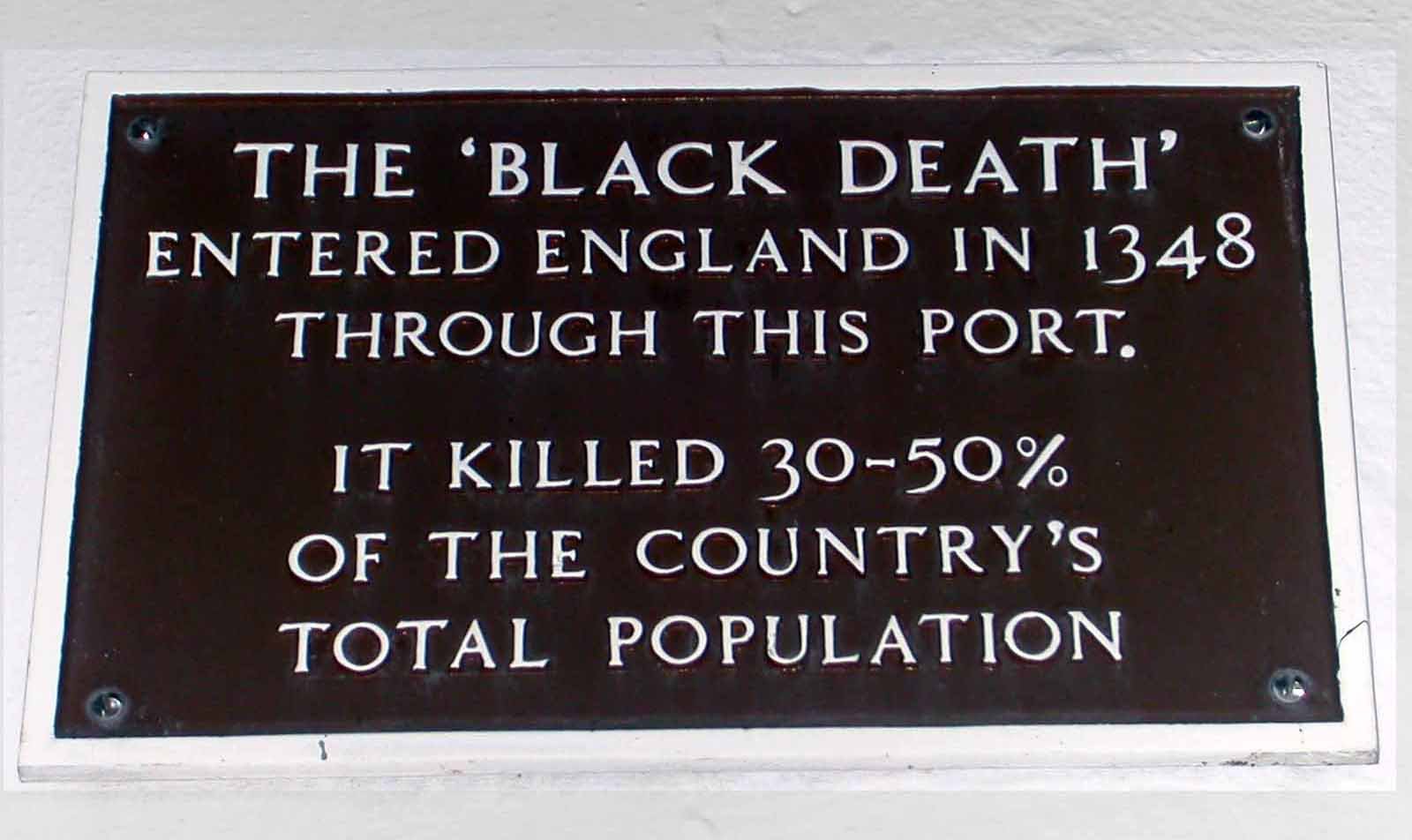 The Black Plague, or Black Death as it's sometimes called, ravaged Europe, Asia, and North Africa, claiming an estimated 75 million lives over a period of seven years and reducing the world population to about 350 million, according to the U.S. Census Bureau.

However, if the researchers behind The Lancet study are correct, famine and disease won't be the reason for the next population decline; rather, the researchers point to a combination of several factors, not the least of which is fertility.

Indeed, the researchers see a fertility decline as the driving force behind the coming population drop. 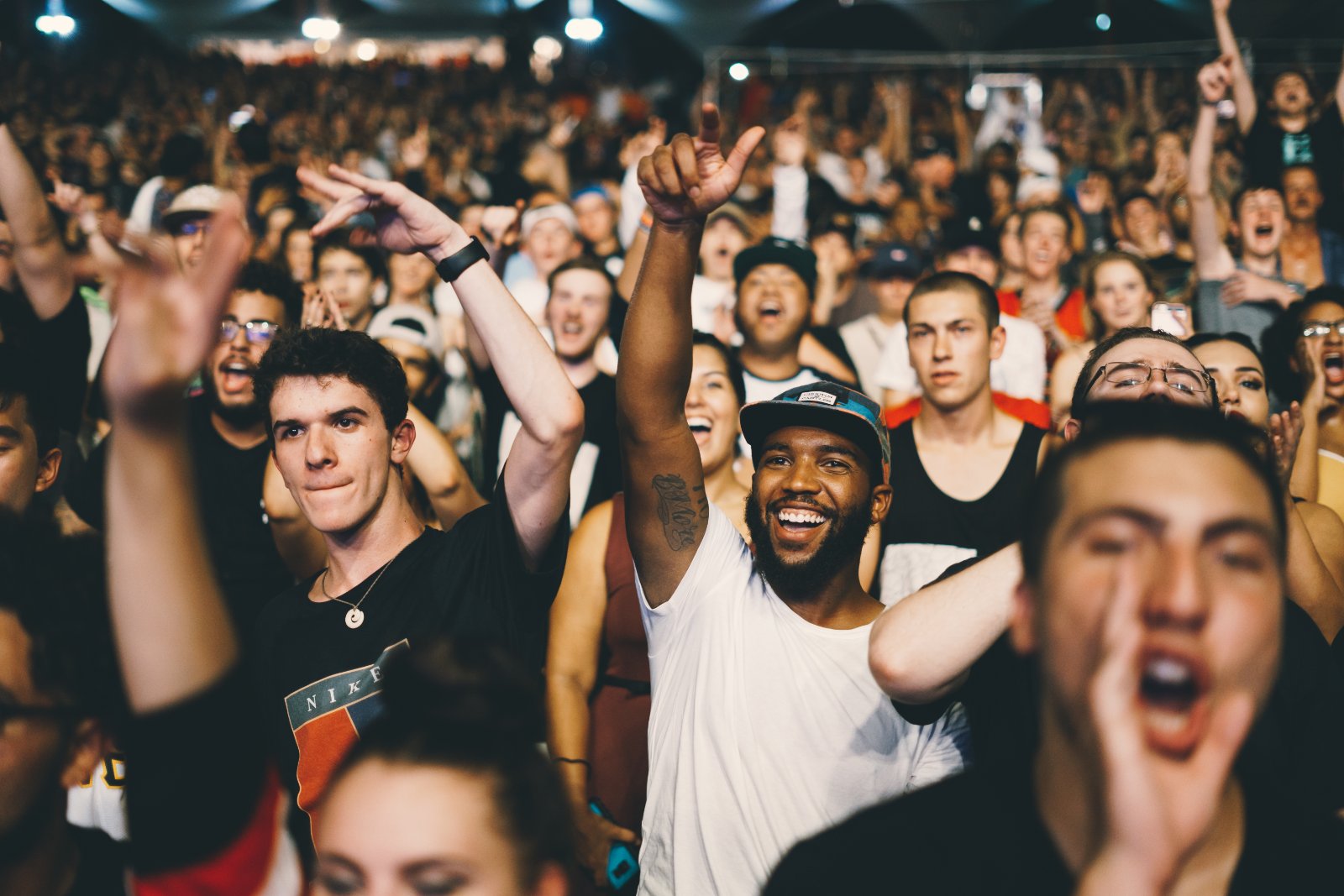 Low birth rates and aging populations are expected to take a toll on at least 23 nations, including Japan, Thailand, South Korea, Italy, Spain, and Portugal. Even China, with its 1.4 billion people, is predicted to shrink to just 732 million by 2100.

The researchers expect the global fertility rate to fall from 2.37 children per woman in 2017 to 1.66 in 2100, which is below the 2.1 minimum needed to maintain population levels.

They also cited natural disasters and climate change, and possible conflict as well, as significant factors driving down population numbers.

Those shrinking nations may have to make some tough choices regarding migration. 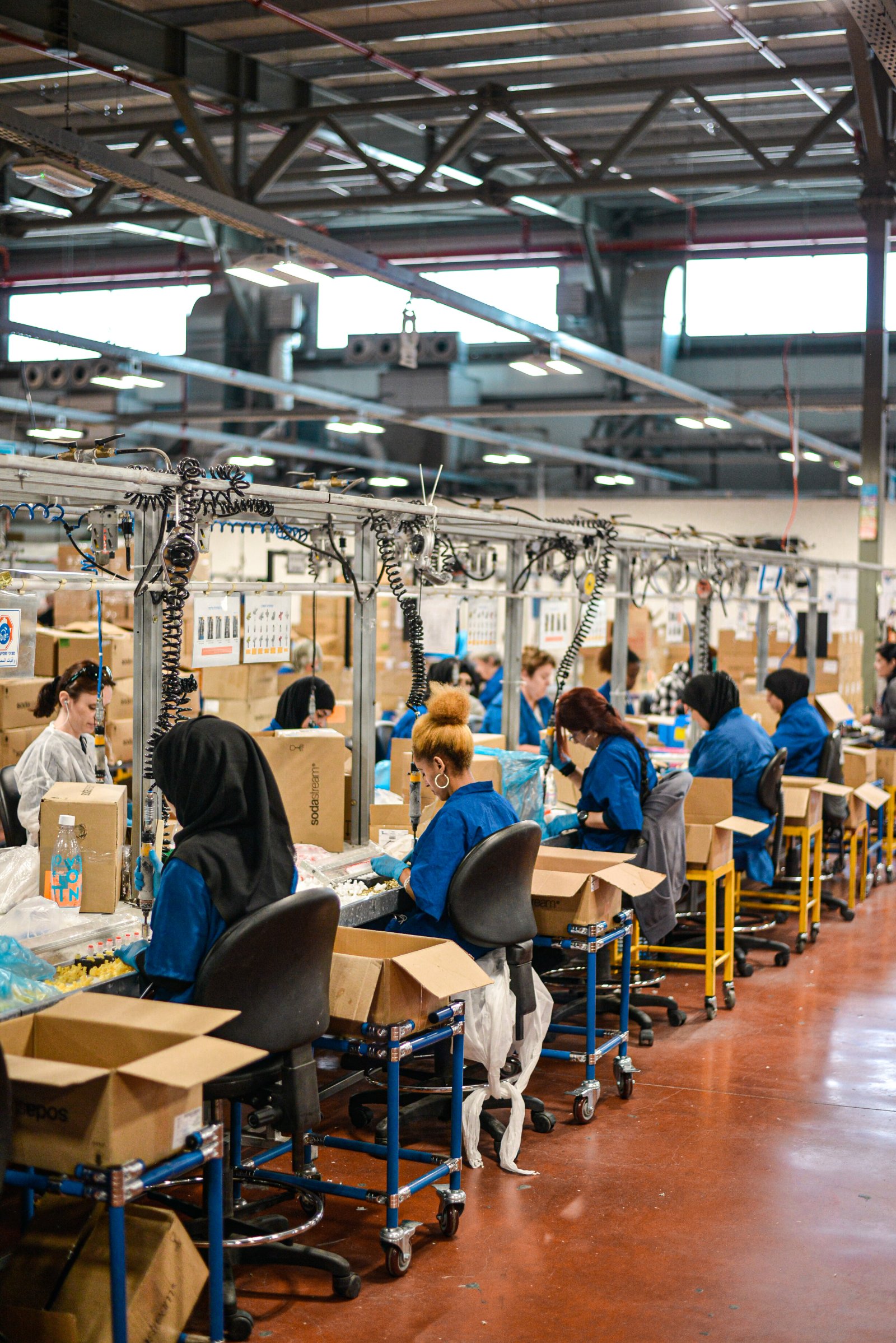 "Ultimately, if [the new] predictions are even half accurate, migration will become a necessity for all nations and not an option," University College London professor Ibrahim Abubakar, who was not involved in the study, noted in an accompanying comment piece.

"The positive impacts of migration on health and economies are known globally. The choice that we face is whether we improve health and wealth by allowing planned population movement or if we end up with an underclass of imported labour and unstable societies. The distribution of working-age populations will be crucial to whether humanity prospers or withers."

However, the population decline won't be equal or uniform. 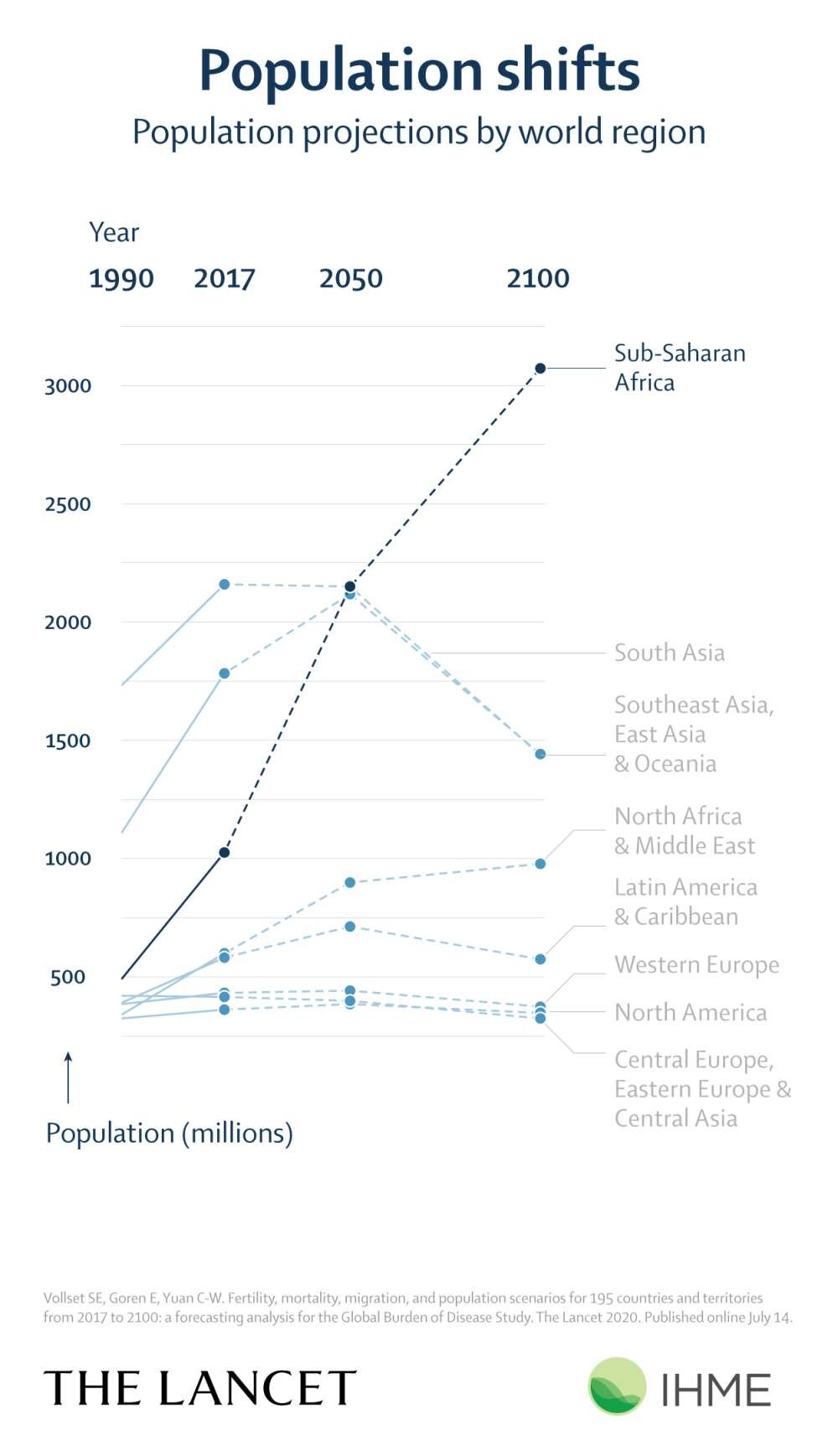 Some areas are expected to grow, in fact, and by quite a bit. The researchers predict the population of North Africa, the Middle East, and Sub-Saharan Africa will triple, swelling from 1.03 billion in 2017 to about 3.07 billion by 2100.

It all adds up to a very different looking world by the time the next century rolls around. 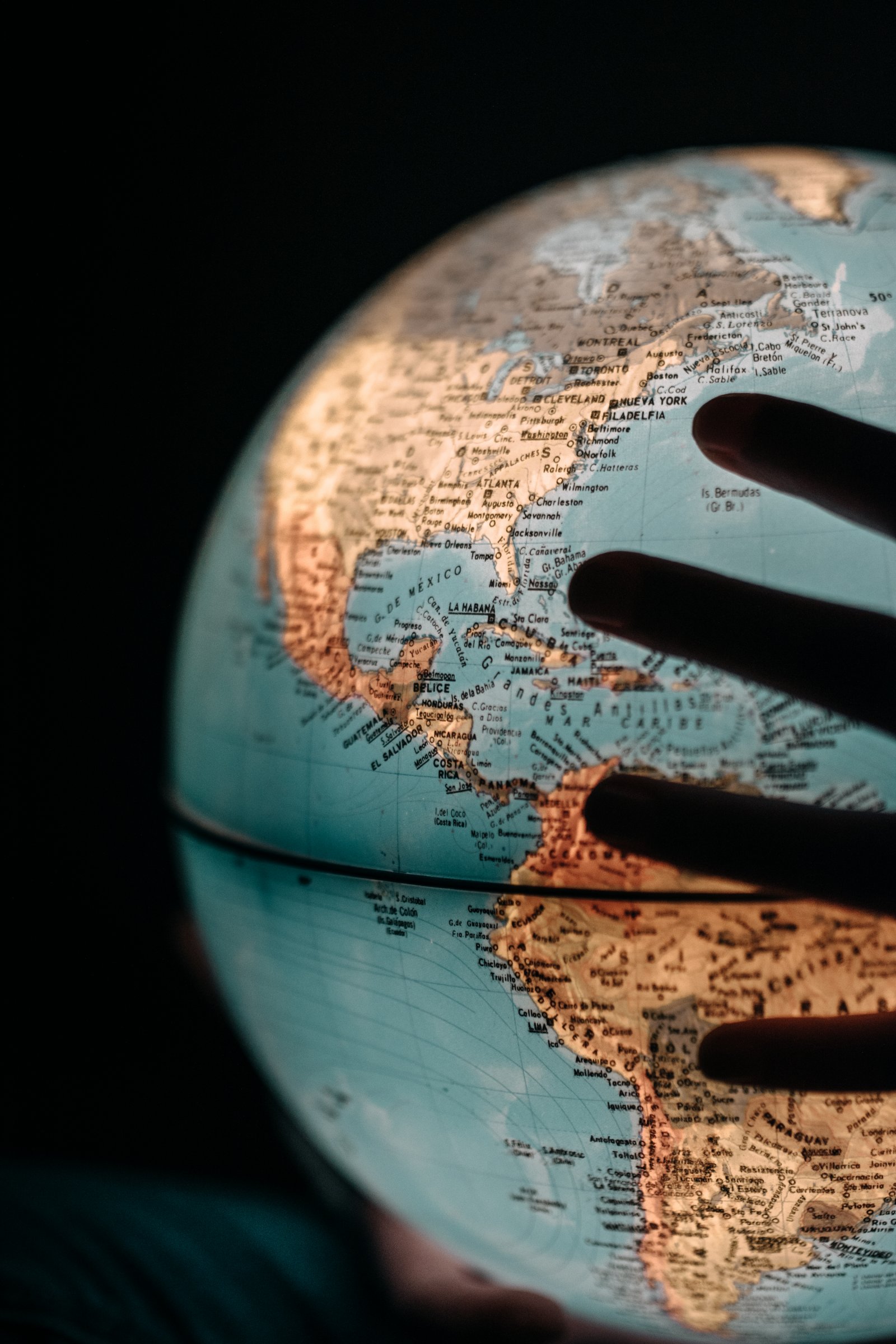 "The 21st century will see a revolution in the story of our human civilization," Dr Richard Horton, editor-in-chief of The Lancet, explained in a statement.

"Africa and the Arab World will shape our future, while Europe and Asia will recede in their influence. By the end of the century, the world will be multipolar, with India, Nigeria, China, and the US the dominant powers. This will truly be a new world, one we should be preparing for today."