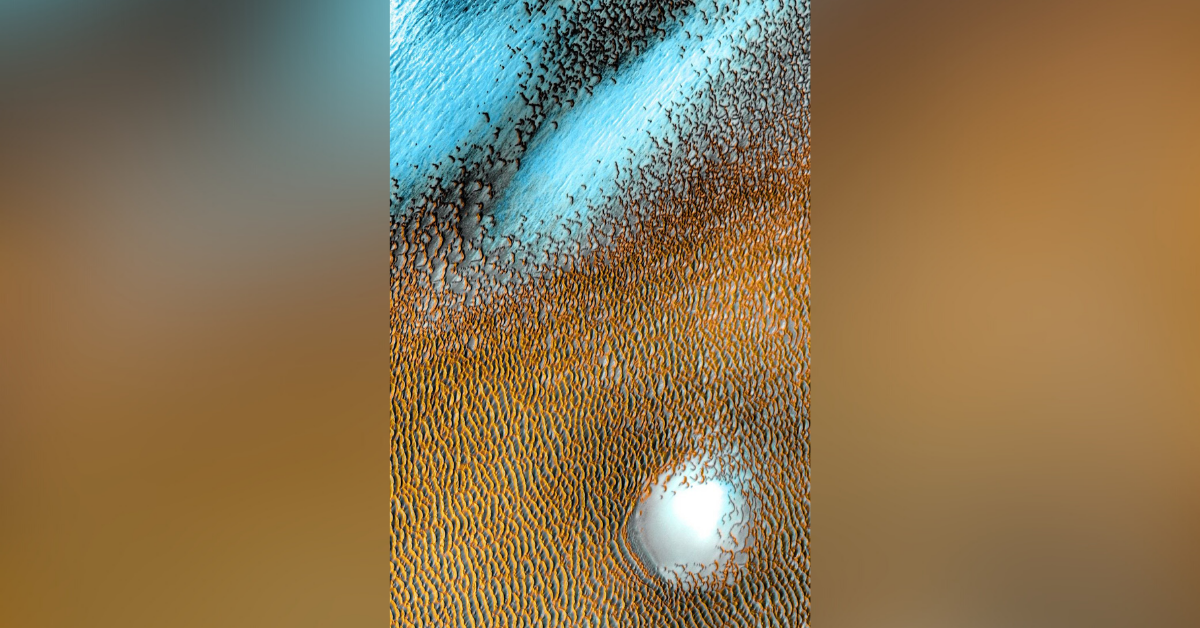 This picture shows sand dunes on Mars found near the northern polar cap. The dunes cover an area the size of Texas, but this photo represents a section of the dunes about 19 miles wide. A false-color image, NASA changed the colors to represent the temperature of the surface: the shade of yellow shows where the dunes have been warmed by the sun, while the blue areas are much cooler.

NASA released the image to mark the 20th anniversary of Odyssey. 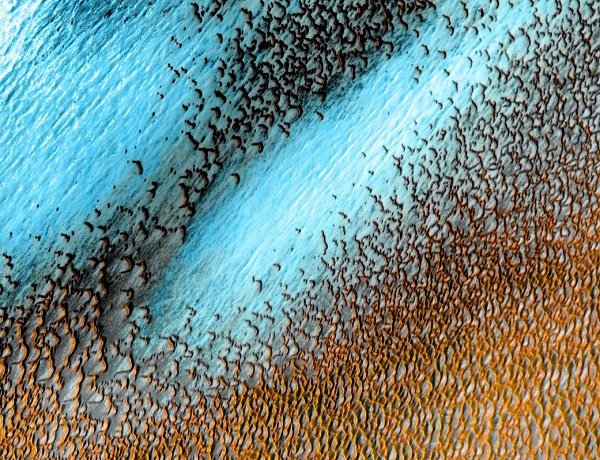 The image combines photos taken between 2002 and 2004. Thermal imaging was used because at the time NASA was looking for signs of ice and/or water on the surface of Mars.

Odyssey was launched in 2001. So, not only is it its 20th anniversary, but it is also now the longest-working Mars spacecraft in history. 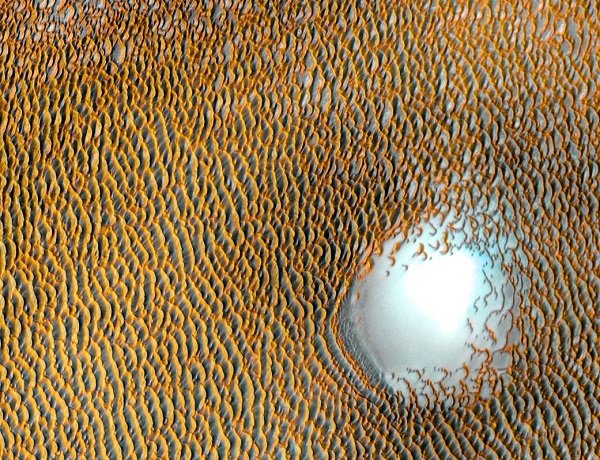 The spacecraft was launched in 2001, so the name Odyssey is very fitting. Arthur C. Clark, the author of the book, even blessed the spacecraft before it was launched. Since that time, Odyssey has made many important discoveries.

"Before Odyssey, we didn't know where water was stored on the planet," Jeffrey Plaut, who works for NASA, told Forbes. "We detected it for the first time from orbit and later confirmed it was there using the Phoenix lander." 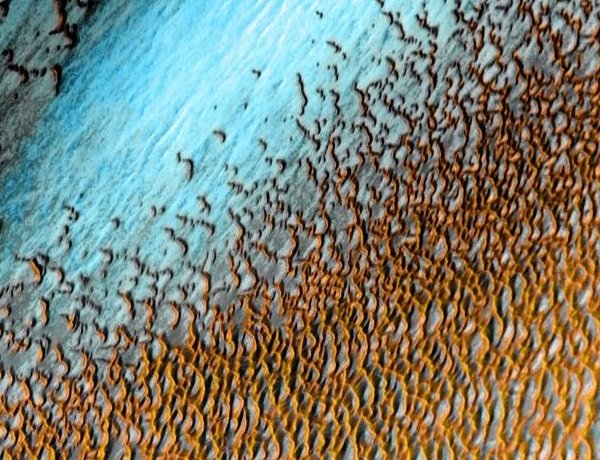 “In the past 40 years Mars has gone from a red dot in the sky to a world we have come to know almost as well as our own,” said Philip Christensen, who leads the ASU THEMIS team in the School of Earth and Space Sciences.

“Mars is a very dynamic and changing place, so we hope that THEMIS and Odyssey will continue to observe the planet for many more years to come,” said Christensen. “Exploration always has surprises so even after 20 years we never really know what to expect in each image we take.”

Odyssey has given us a very detailed view of Mars’ surface. 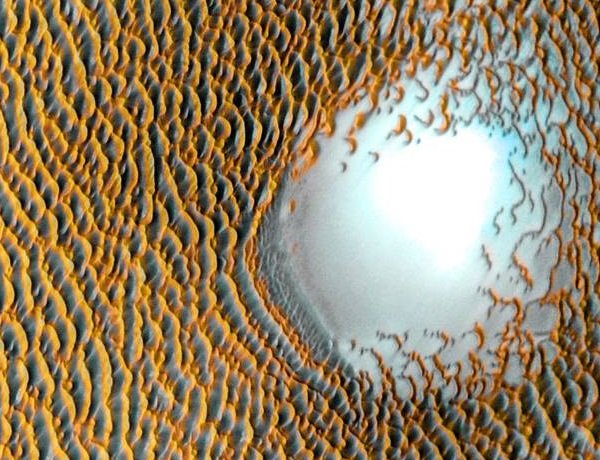 Nowadays, Odyssey is turning its gaze to Mars’s moons, taking images of Phobos and Deimos. NASA scientists hope that these images will help them identify the composition of the moons. This will help us to understand whether the moons are captured asteroids, or if they are made of material that used to be part of Mars. Even after 20 years, Odyssey is still illuminating the mysteries of the red planet.