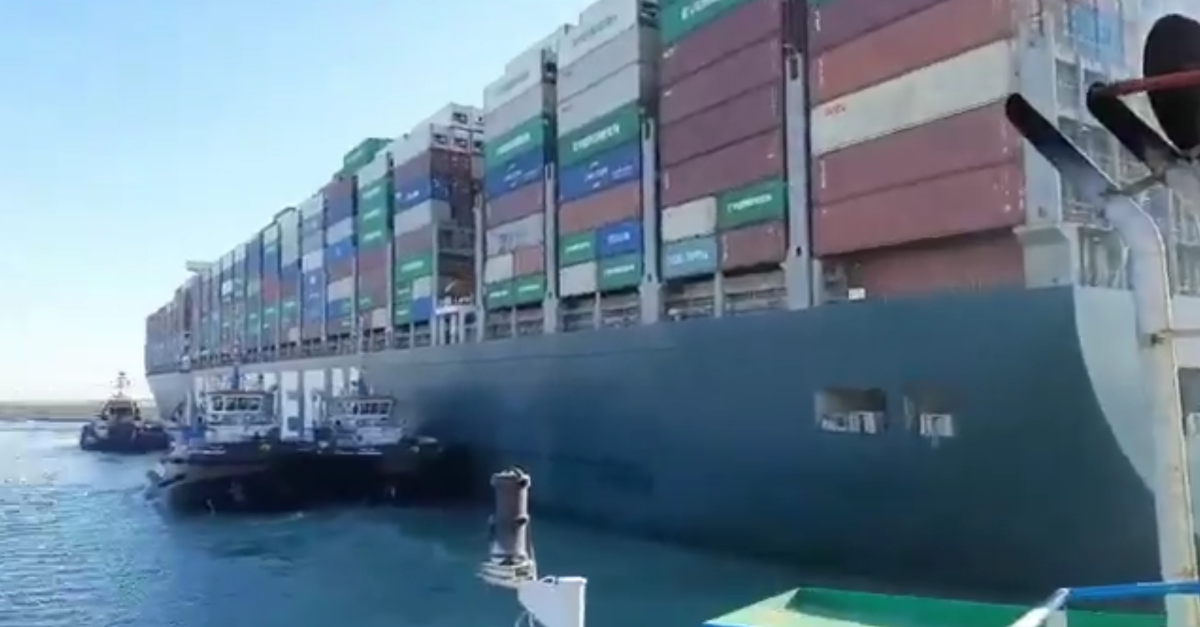 Considering that it's been there since March 23, you've likely heard that a very large cargo ship is blocking Egypt's Suez Canal.

If you've been wondering why everyone's making such a big deal about this, ABC News reported that the canal is such an important route for sea trade that about $9 billion worth of goods a day is supposed to pass through it.

But since that obviously hasn't been possible over the past six days, the BBC reported that the issue has left 300 ships stuck on either side of the blockage, many of whom have had to redirect around the Cape of Good Hope at Africa's southernmost point. Egypt is also reportedly losing about $14 million for every day the canal stays closed, as about 12% of the world's global trade happens through it.

With all this in mind, it shouldn't be surprised that international crews are working so hard to free the vessel and one brief video seems to capture the beginning of that work's payoff.

The ship at the center of all of this trouble is the MV Ever Given, a 1,300 foot long, 200,000 ton member of the Evergreen fleet that carries cargo between Asia and Europe. 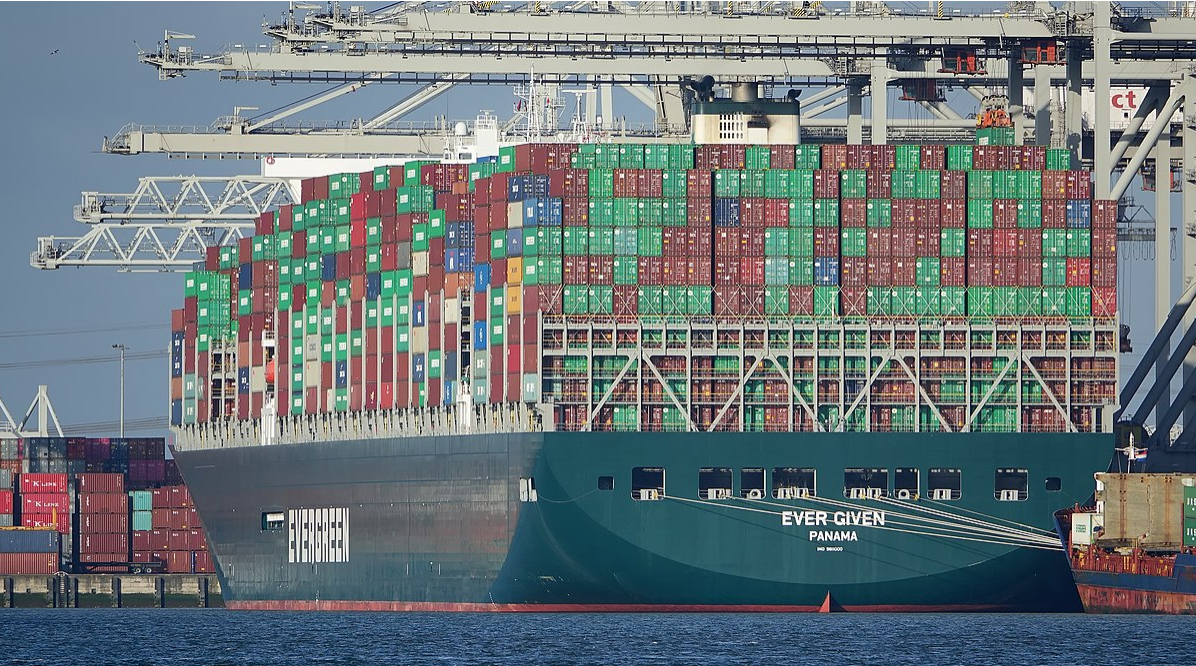 According to ABC News, it was carrying about 20,000 shipping containers before it became lodged in the canal.

Although strong winds were cited as the reason for the blockage in initial reports, the Suez Canal Authority has since declared that that they weren't the only reason for the incident. It remains unclear whether a human or technical error contributed to the problem.

But however the issue started, it remains difficult to solve even after grueling efforts from dredgers, excavators, and tugboat crews. 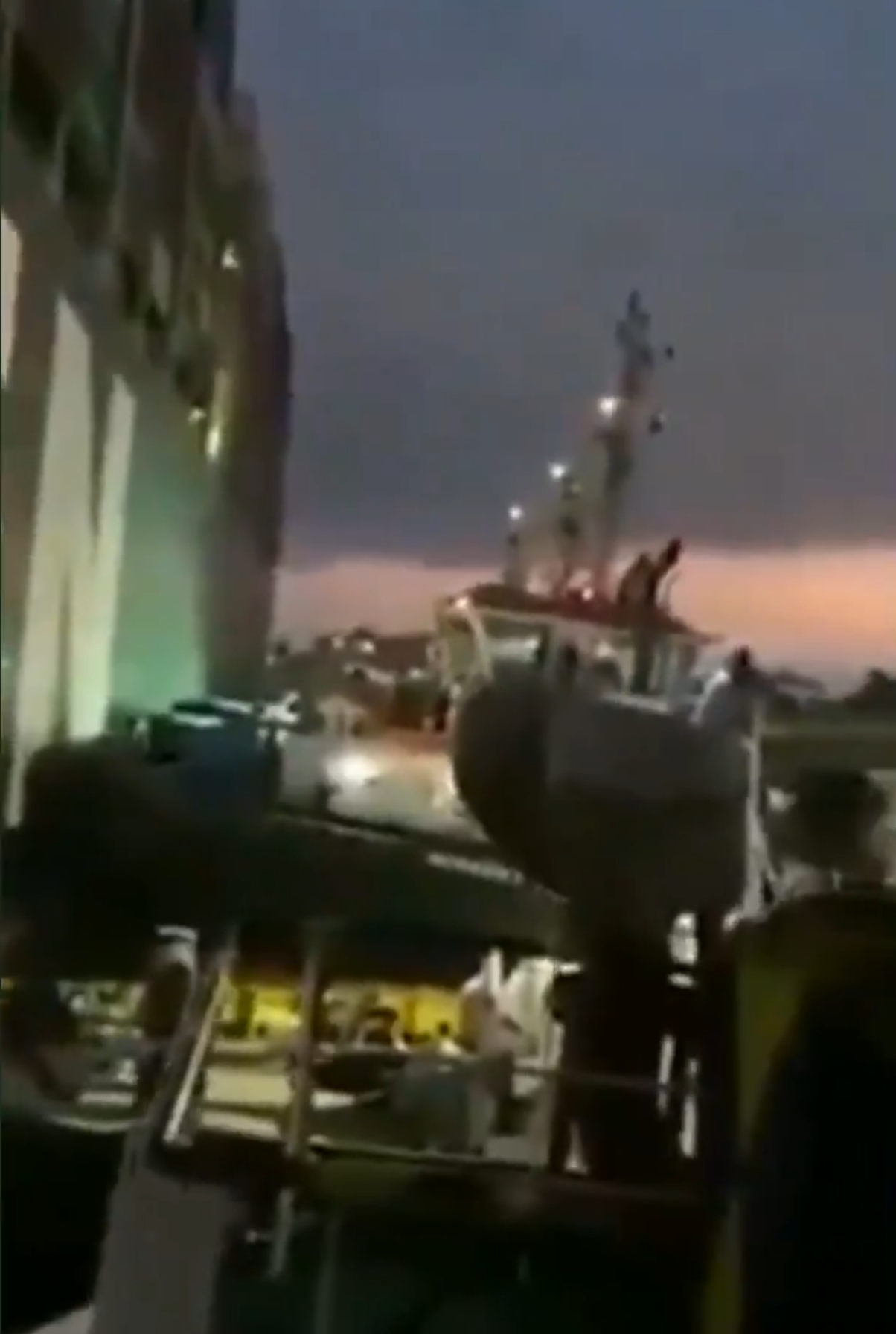 As The Guardian reported, the ship's stern was initially 13 feet from shore, with the ship diagonally wedged between the canal's east and west banks.

In the time since, dredgers have cleared away 953,496 cubic feet of sand and mud from the ship's rear.

At the same time, an international fleet of 14 tugboats assembled to try and move the giant ship once enough sand and clay had been cleared away. 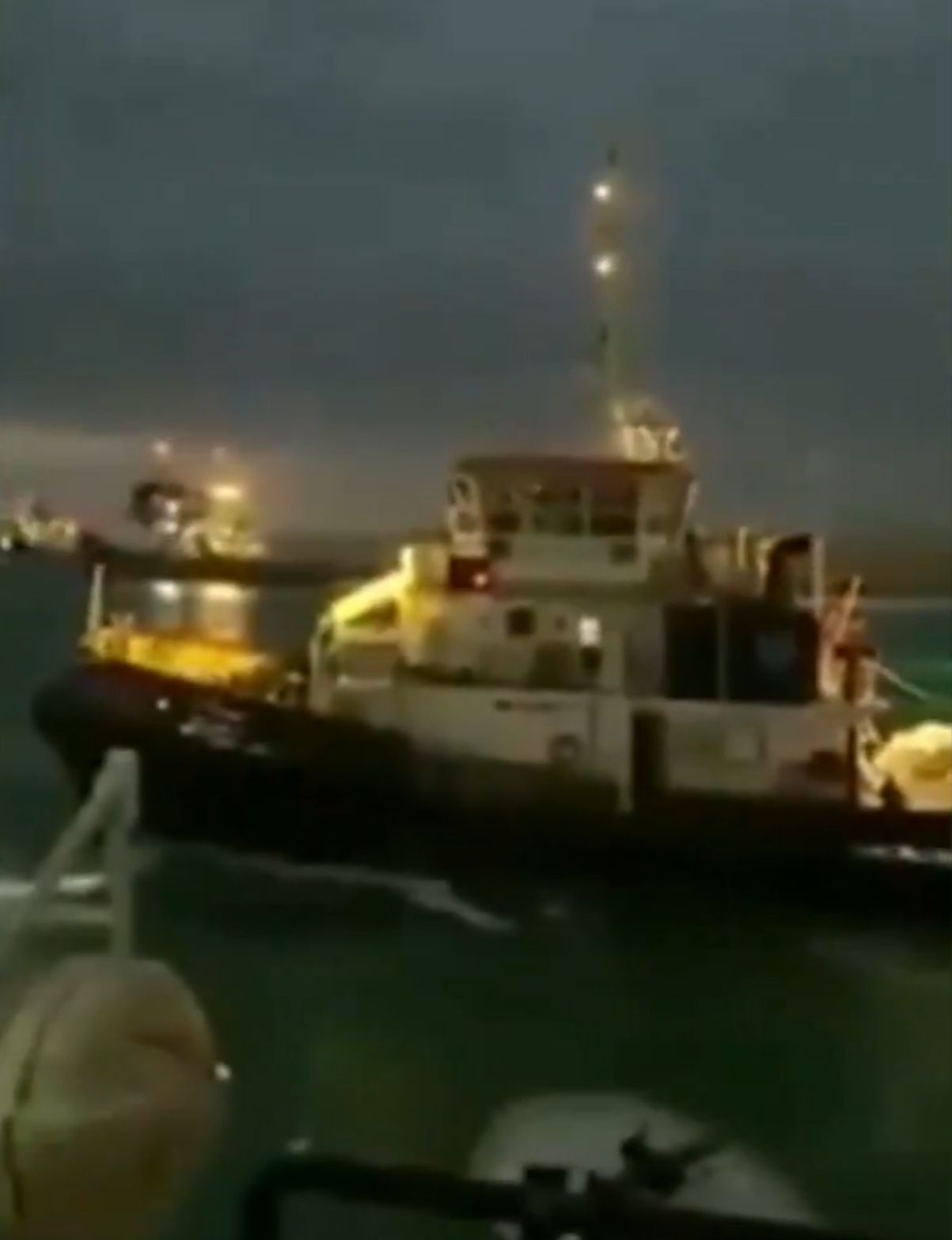 As the Suez Canal Authority's Chairman — General Osama Rabie — told the BBC, efforts in freeing the ship had already seen significant progress by the time these boats gathered on Saturday to try push and pull maneuvers on the ship under high tide conditions.

In his words, "The rudder was not moving and it is now moving, the propeller is working now, there was no water underneath the bow, and now there is water under it."

That day, the tugboats were able to move the MV Ever Given's stern about 30 degrees from left to right.

As of Monday morning, The Guardian reported that the stern has since cleared the canal's west bank by over 330 feet, marking a significantly victory in the process that at least allows small ships to pass through the canal.

While this was going on, similar dredging work has seen crews try and clear debris from the ship's bow at a depth of 59 feet.

Nonetheless, that bow remains stuck even with all the progress that workers have seen thus far. 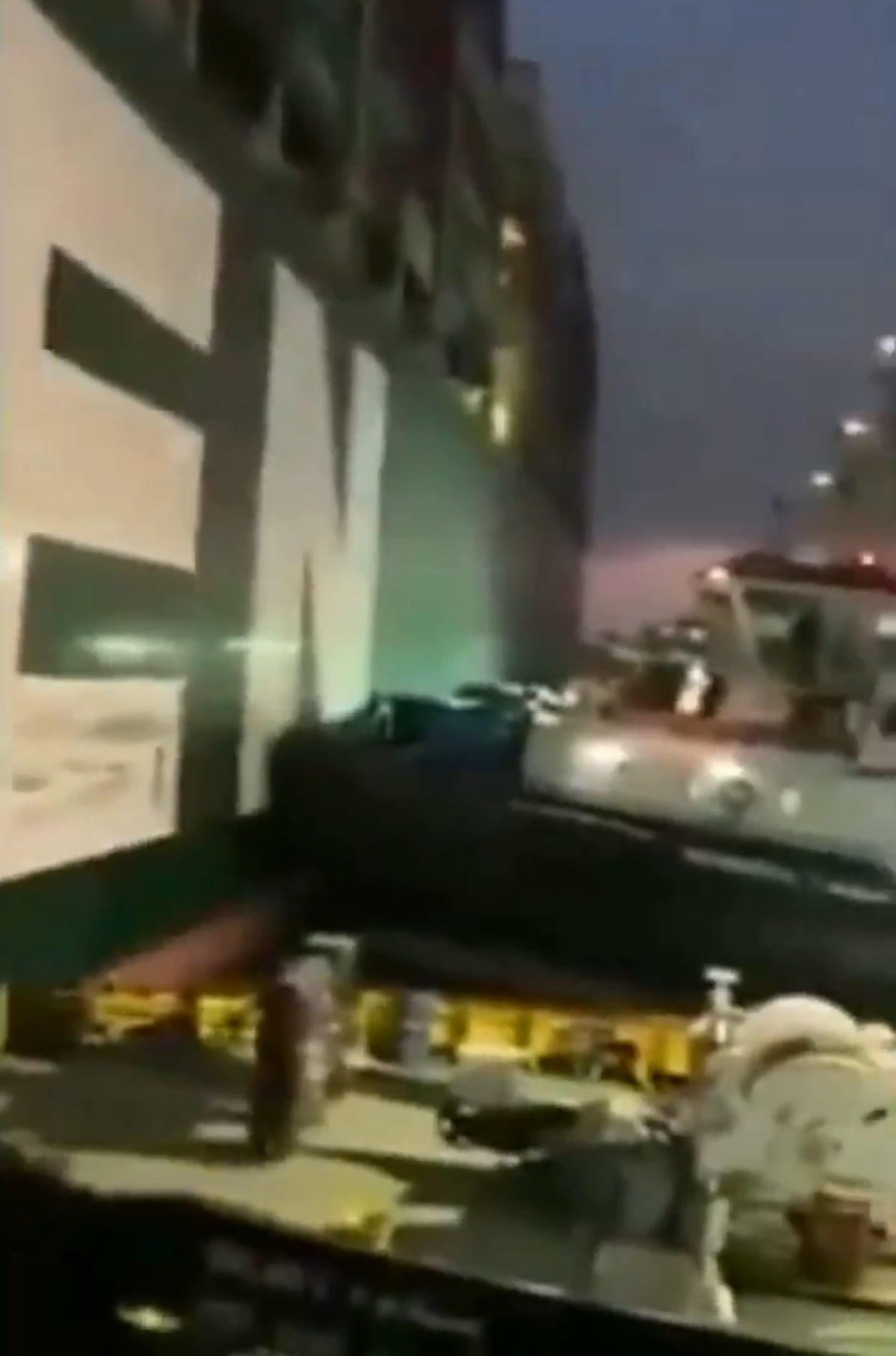 And according to The Guardian, the tugboats are planning to try and pull that end away from the shoreline on Monday afternoon. If they fail, another opportunity will present itself when the tide becomes higher in the middle of the week.

Due to its bulbous shape, immense size, and the presence what the BBC described as "a mass of rock" at that end of the ship, the bow is expected to be much harder to free than the stern.

Still, the fact that crews were able to move the ship at all was the cause of a great deal of celebration in the full video.

Yet as the BBC reported, that celebration will turn out to be premature if it turns out that the bow still won't move.

At such a point, those working to free the ship will need to bring in specialized equipment such as 200-foot-tall cranes to make the ship lighter by removing containers from it.

This is an option that authorities have been hoping to avoid because it could potentially add weeks to the time that the MV Ever Given remains stuck in the canal.

That said, the situation only seems more discouraging when we don't take the small victories as they come.