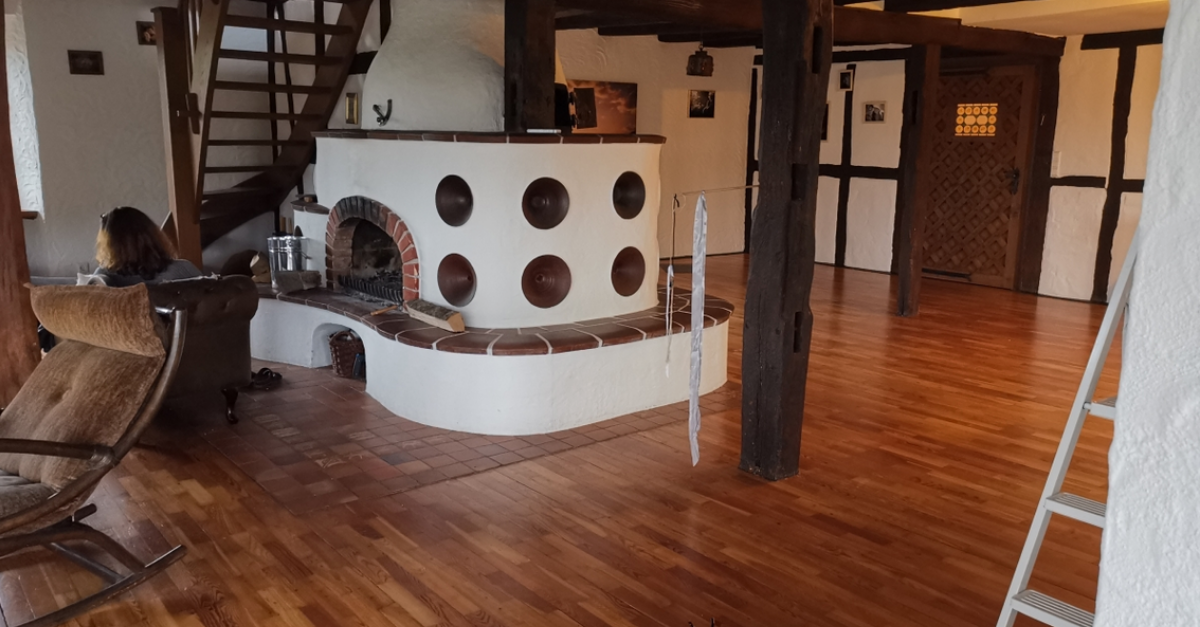 When we're astounded by how elaborate and expansive someone's house is, it's not unusual for us to either describe them as "palaces" or "castles."

But while palaces were often the shrines to a monarch's excesses that one might imagine, castles usually had a reason to exist besides sheer audacity. And given the difficulty of penetrating them at the time, that reason was usually to wage medieval wars.

So even at the time, they wouldn't necessarily have been considered pleasant places to live and the more we hear about one woman's experiences with actually living in one, the easier it is to see why.

On February 20, a woman named Yulia told Imgur about the time she lived in a 600-year-old German castle for two years. As she wrote, the idea was attractive to her because of her fondness for medieval aesthetics and she particularly liked that she could wear old clothes and period-inspired attire without feeling out of place.

As for how she got the opportunity to live in one, she told Bored Panda that this was the arrangement she and her husband had in exchange for fixing up the place.

Although the idea was to modernize the castle, Yulia said this wasn't something that could be accomplished in two years. 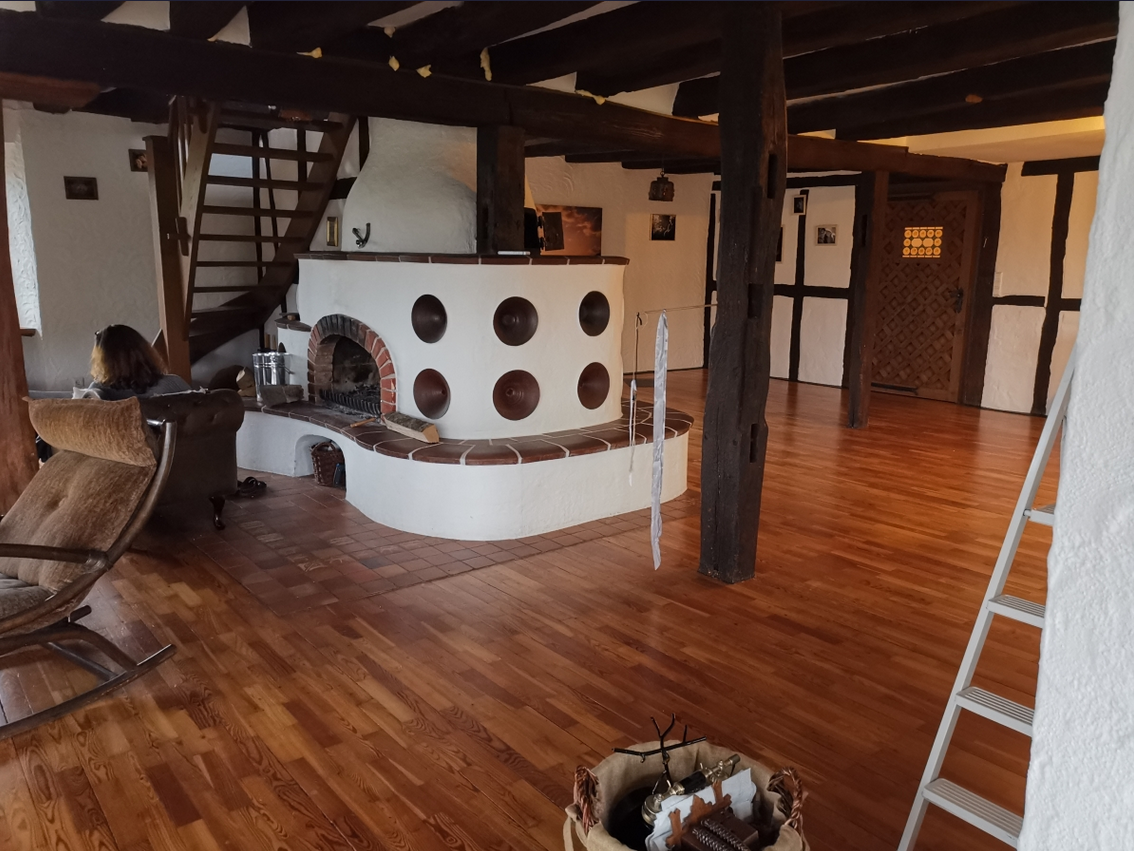 So as Bored Panda explained, the couple spent that period fixing windows, doors, the glass house attached to one of the castle's outside walls, its large balcony, and patching up any holes that rodents could scurry through.

They also improved some of the castle's electrical capabilities and installed a phone line so the projects they needed wifi for were feasible.

And if that didn't leave her with enough to do, Yulia said she built all her furniture herself. 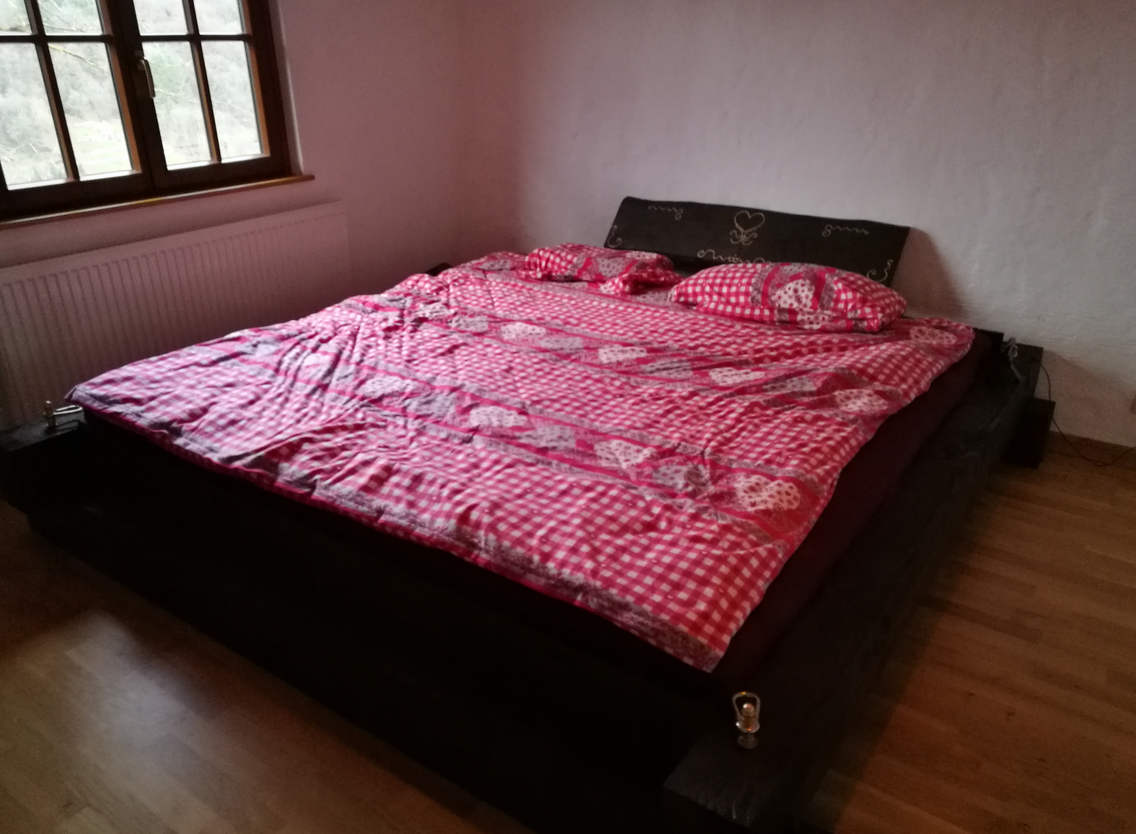 One piece that she seemed particularly proud of was this bed that weighed about 880 pounds and was made from raw wood.

You'll notice that this room has a radiator but it didn't work, which is a bit of foreshadowing for the main drawback of castle life.

Although the couple installed an electric oven and a sink, neither would end up seeing much use. 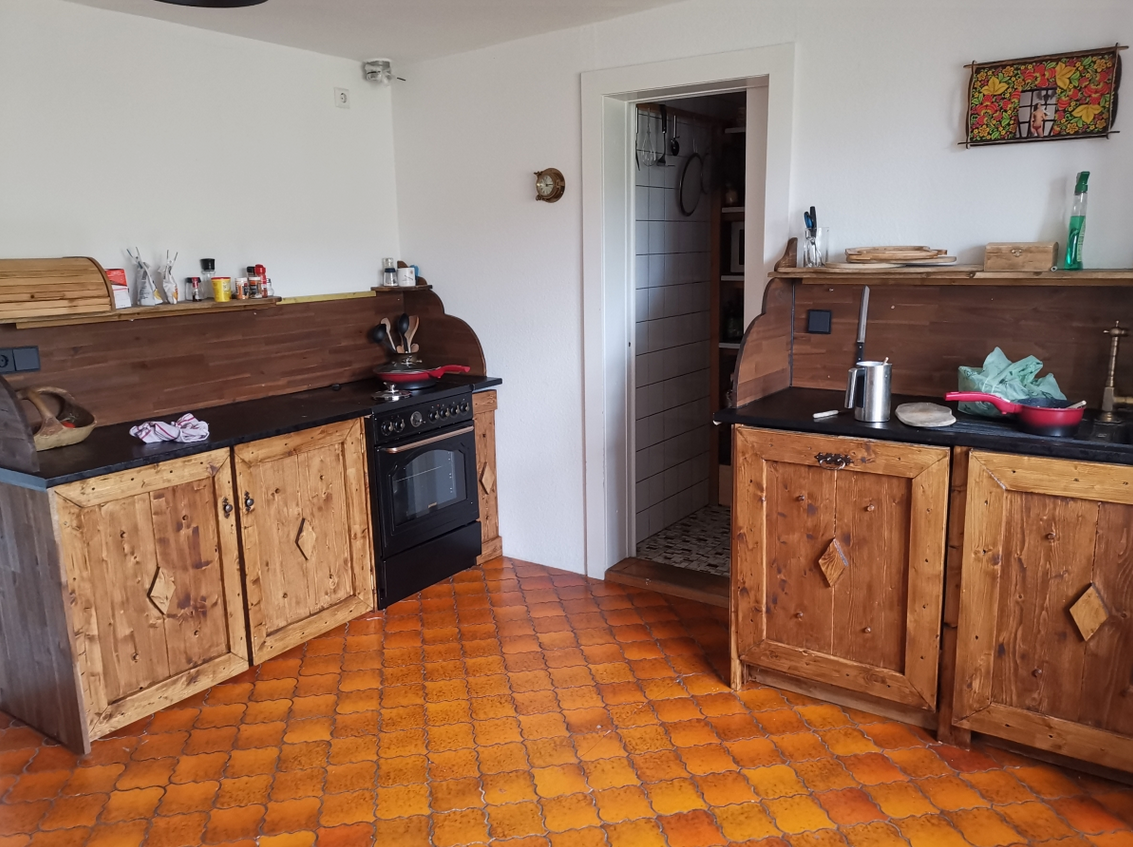 As Yulia explained, this was because the electricity in the castle wasn't very reliable and it had no running water to speak of. Although there was a plan to put in a pump that would tap into a nearby well and creek, this didn't seem to come to fruition.

As a result, the only reliable heat source they had was a wood-burning furnace that was apparently big enough for Yulia to fit inside.

For that reason, Yulia described her eating habits during this time as "really medieval." Still, this meant that her ability to both catch and prepare fish that she attributed to growing up in Russia came very much in handy.

Still, even that hardy upbringing didn't make it as easy to get used to the cold inside as you might expect.

This became especially difficult when bathing and cleaning, as all of this had to be done with cold water. 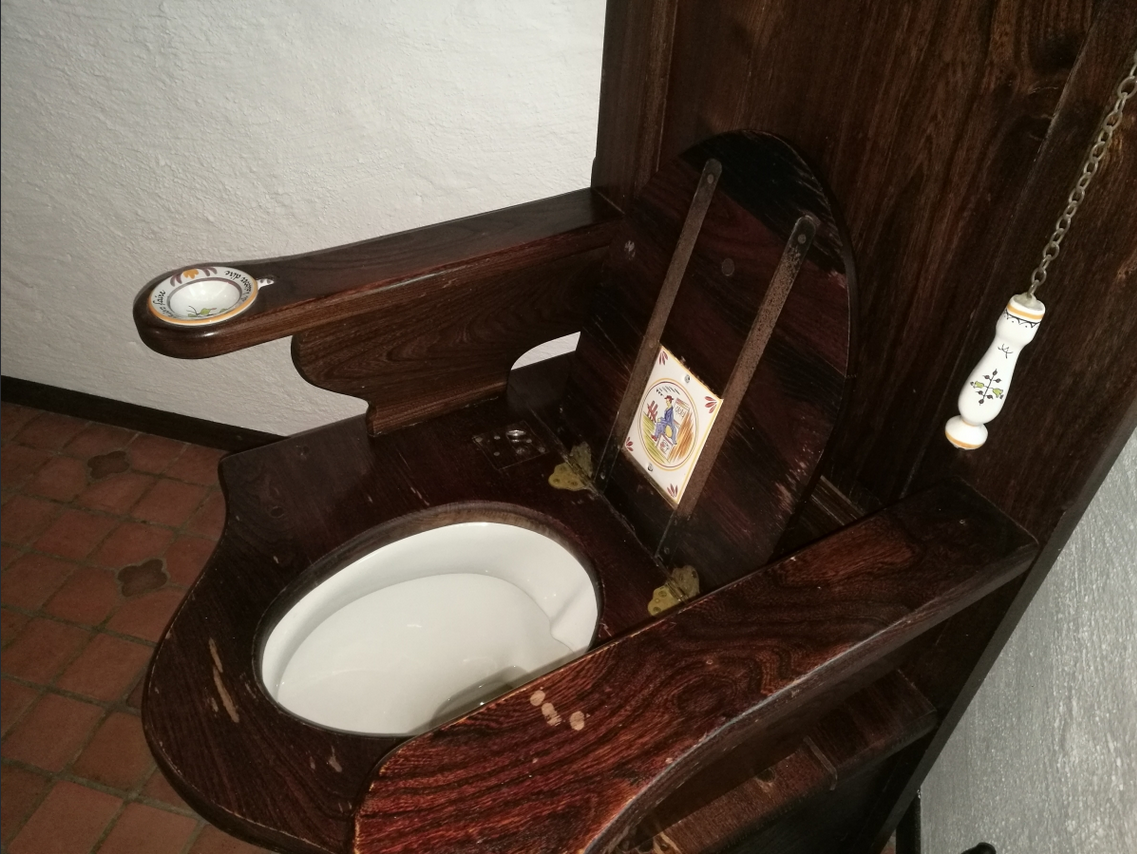 And while this restored old toilet looks fancy enough, that pull doesn't flush it. Instead, it would have been used to call a servant to clean up after whoever would have owned it back in 1482.

It had since been hooked up to a septic tank but Yulia told Bored Panda that the only way to flush it was to use a bucket of water.

Despite these challenges, Yulia appreciated the "awesome time and work, unlimited romance" and space for her six cats that the castle brought into her life. 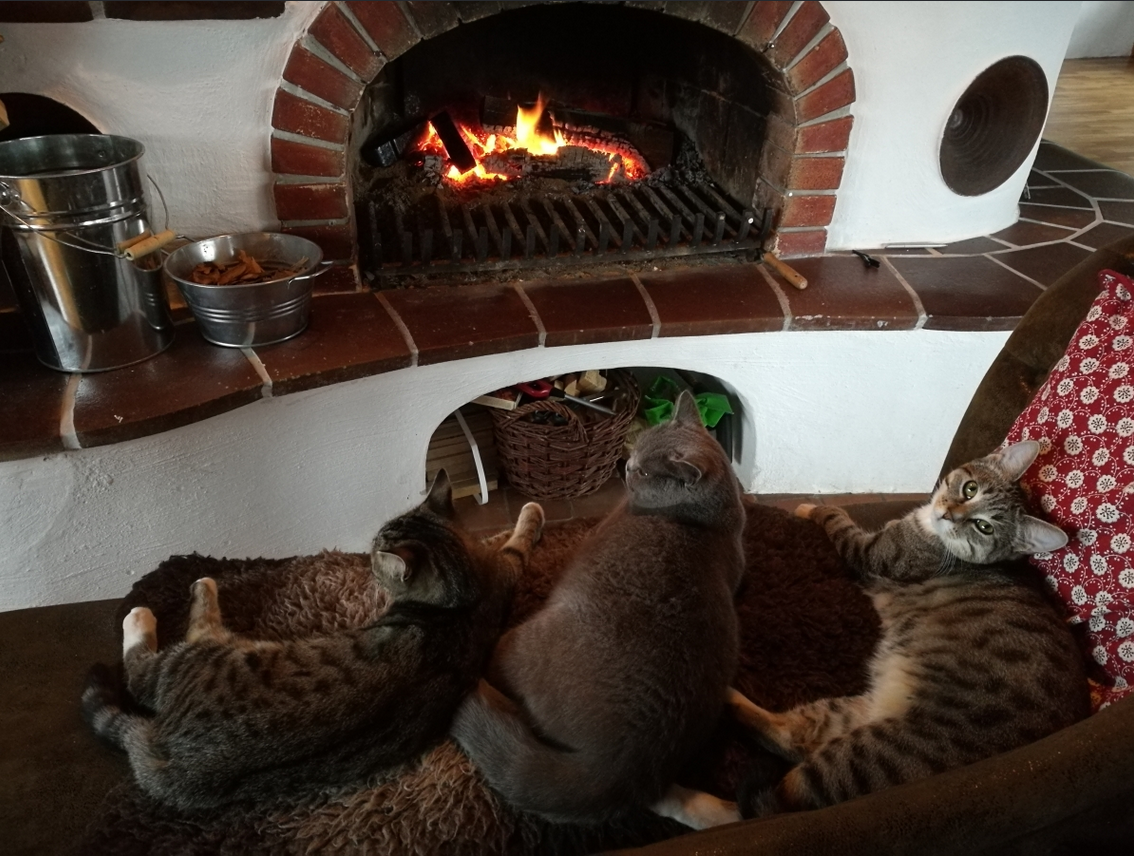 As we can see here, the frigid temperatures inside most of the castle meant that the cats tended to spend winters curled up near the furnace.

But when it was warmer, Yulia said she often had to rescue them as it was easy for them to get themselves into life-threatening situations on these grounds.

Contrary to the perception of castles, Yulia said it takes a pretty minimalistic lifestyle to survive castle life and she doesn't figure most people could stand it for more than a few nights. 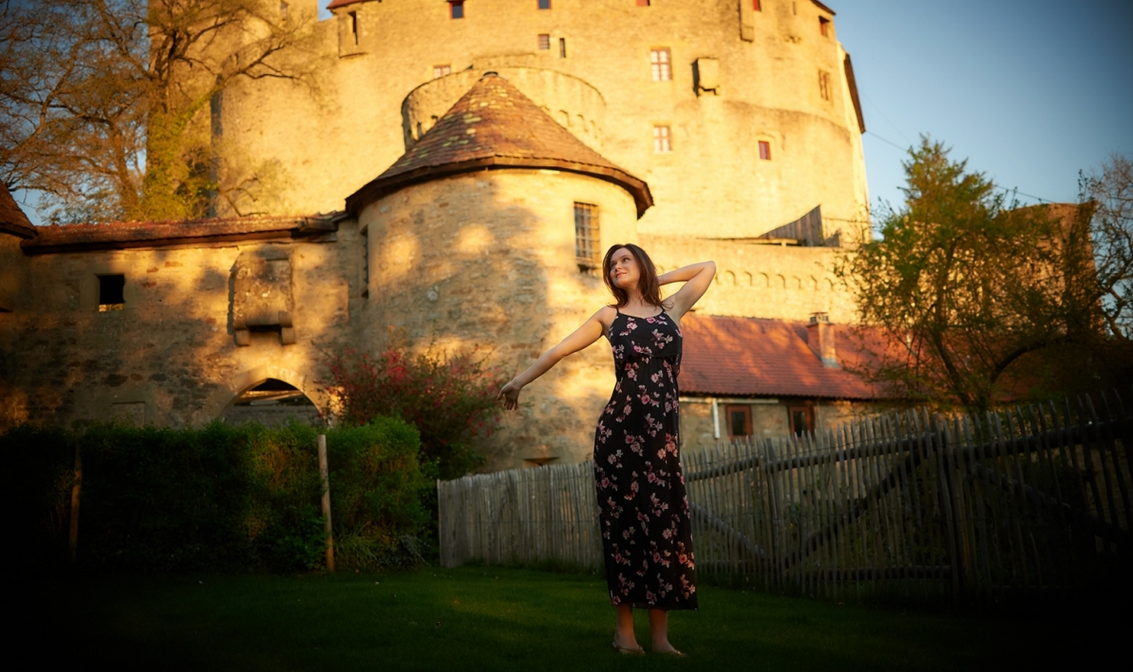 But as she told Bored Panda, she also believes it did a lot to prepare her for her current life in Spain and taught her not to take potable water, heat, and electricity for granted.

She also said that a roof over one's head "is already 90% of what you need. You get used to the rest."