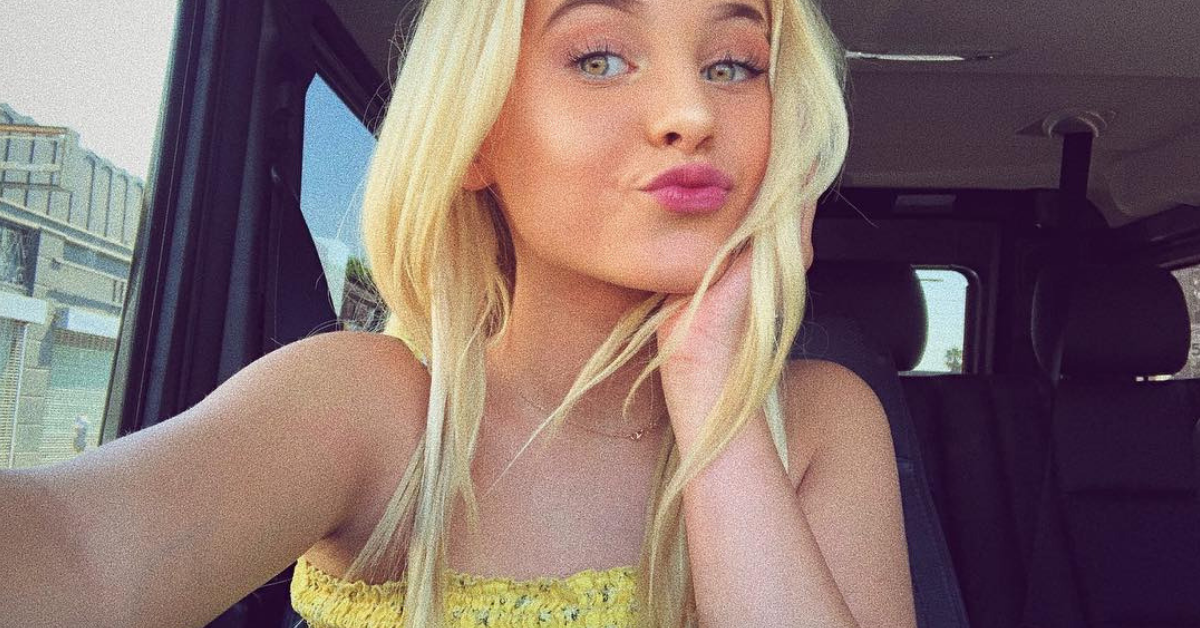 Sliding into someone's DMs has become a standard way of meeting a new potential romantic interest, especially for famous people. Graham Sierota, the drummer of the band Echosmith, has learned that it can also be a way to get into major trouble if you're not paying enough attention to who you're messaging.

Alabama Barker is the daughter of Blink-182 drummer Travis Barker. 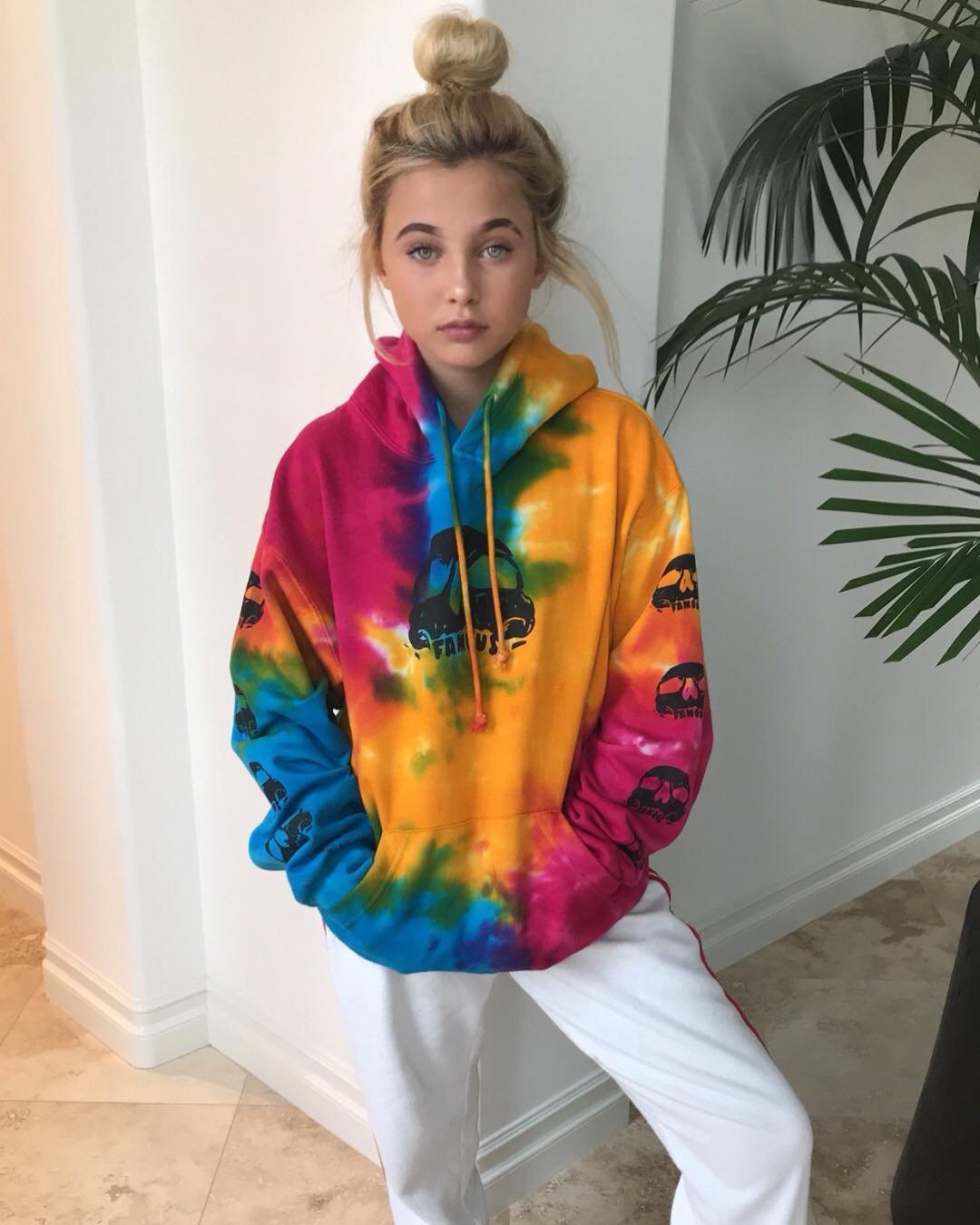 Alabama is an aspiring singer and social media influencer with almost 300k followers on Instagram.

Most importantly, Alabama is only 13 years old. 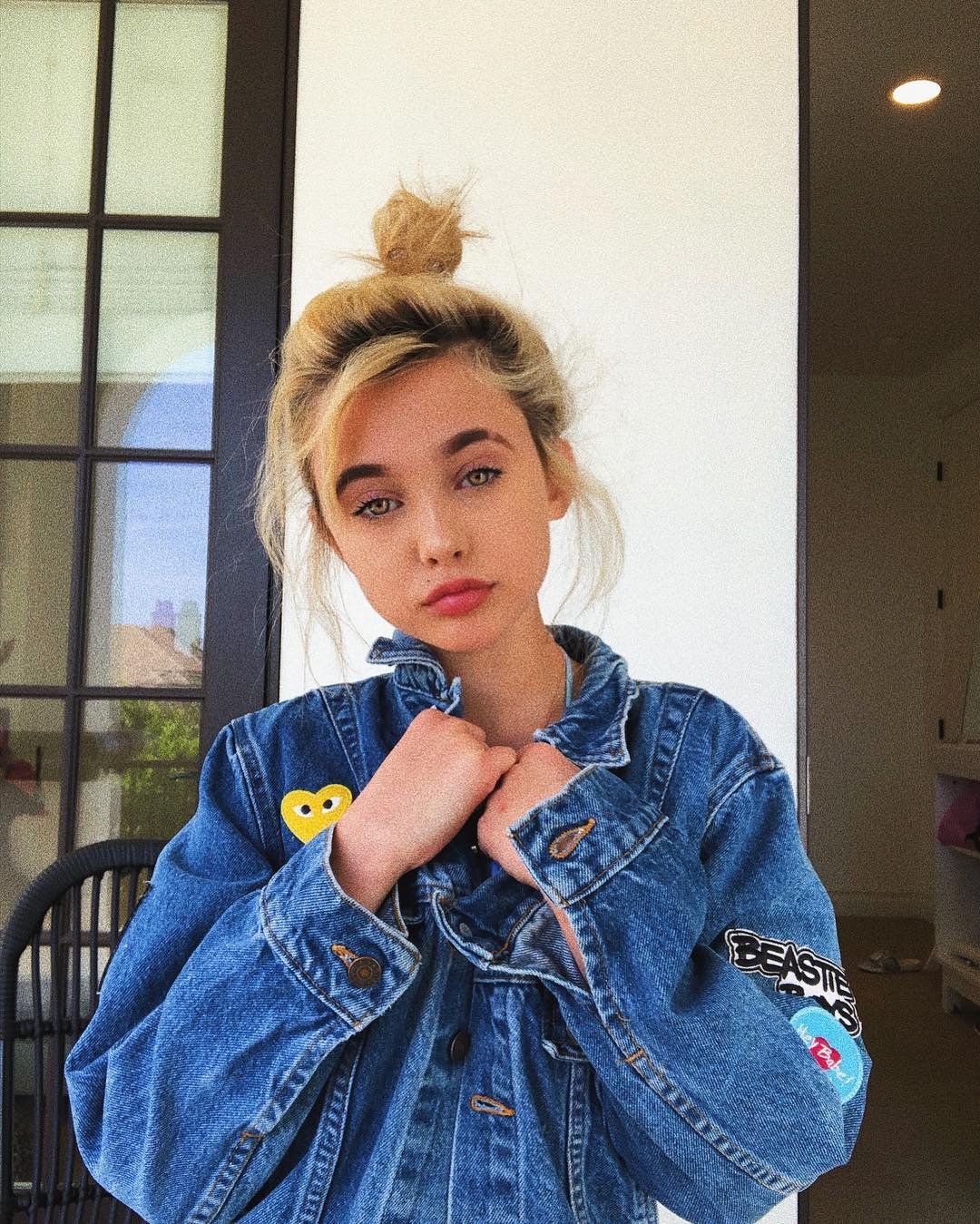 Alabama shared her direct message history with Graham on her story. 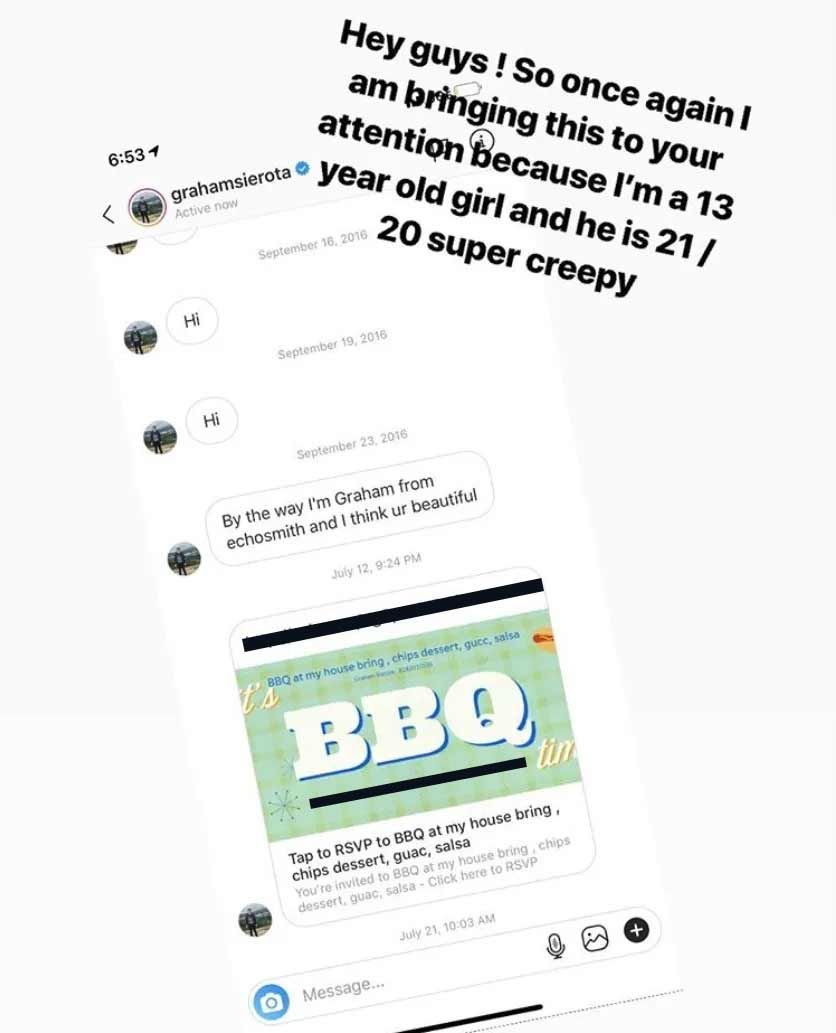 The messages go as far back as 2016, when Alabama was only 10 years old, and include one where Graham says he thinks Alabama is beautiful. He also sent her an invitation to a BBQ at his house. 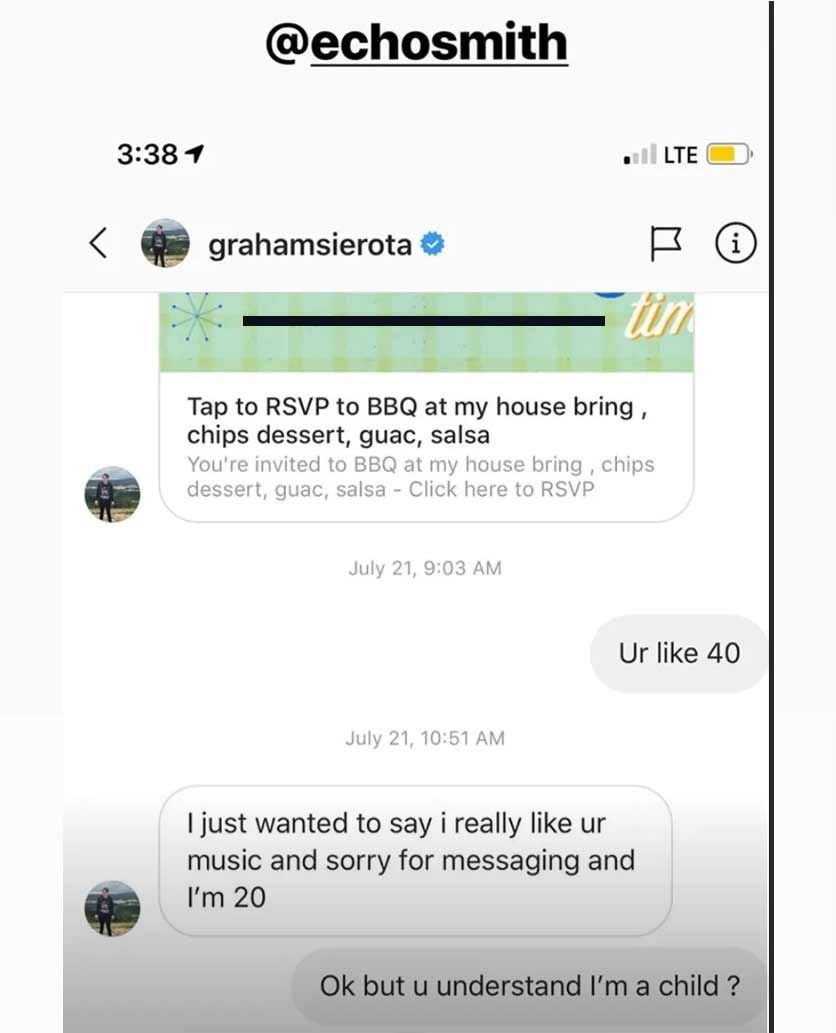 After these messages became public, Travis Barker spoke to The Blast about them, saying, "When I found out a 20 year old man was trying to get in touch with my 13 year old daughter by filling her Instagram messages with party invites and compliments I was disgusted."

"That’s predatory behavior and there is nothing cool, normal or ok about it at all." 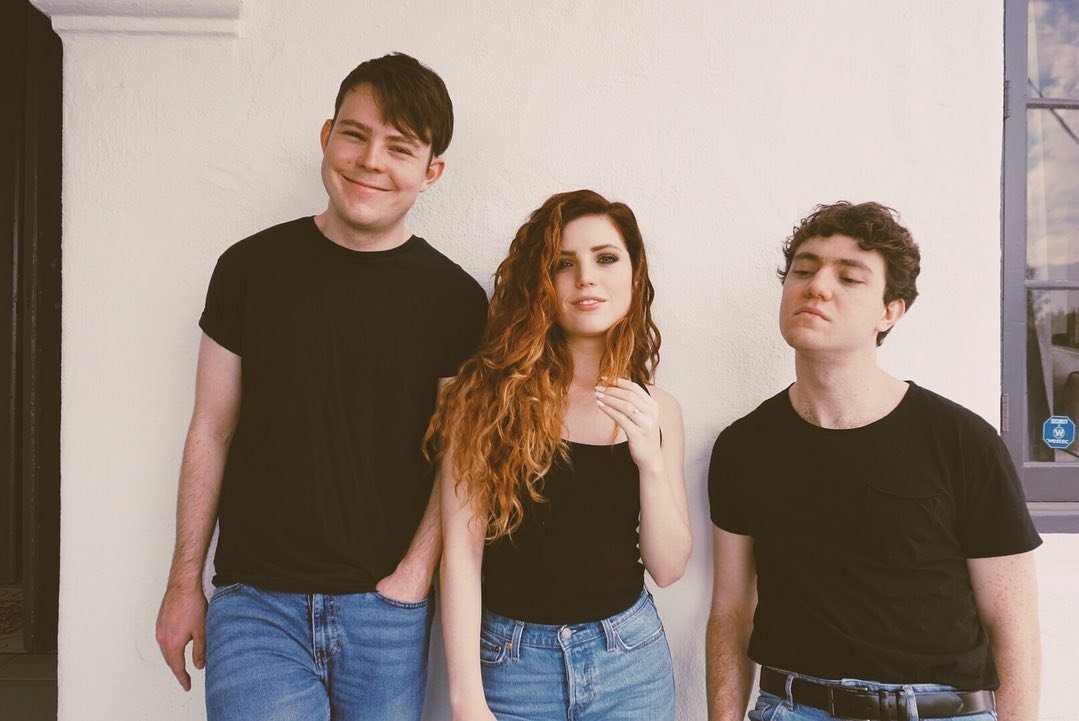 Graham released his own statement to The Blast, saying, "I had invited Alabama to my parents' big family BBQ along with many other people, and it wasn't until she responded that I realised her age at which point I apologised to her."

"I'm really sorry and feel very badly about this." 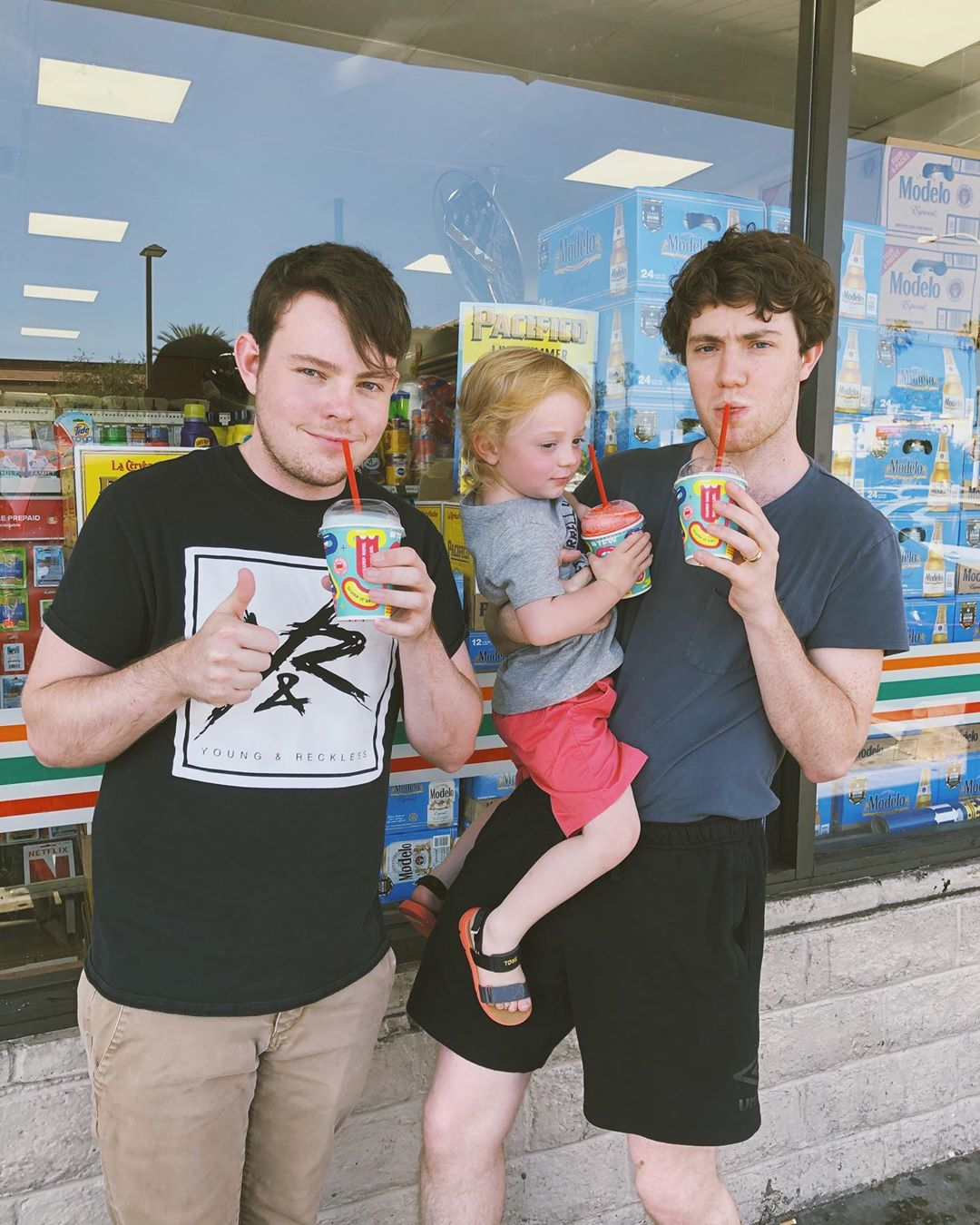 "I didn't realise she was a minor and assumed she was my age. I made a careless mistake and this is a big lesson for me. I would like to apologise again to Alabma, her dad Travis, and her family."

Based on the date he'd messaged Alabama and told her he thought she was beautiful, this was the most recent photo on her Instagram feed. 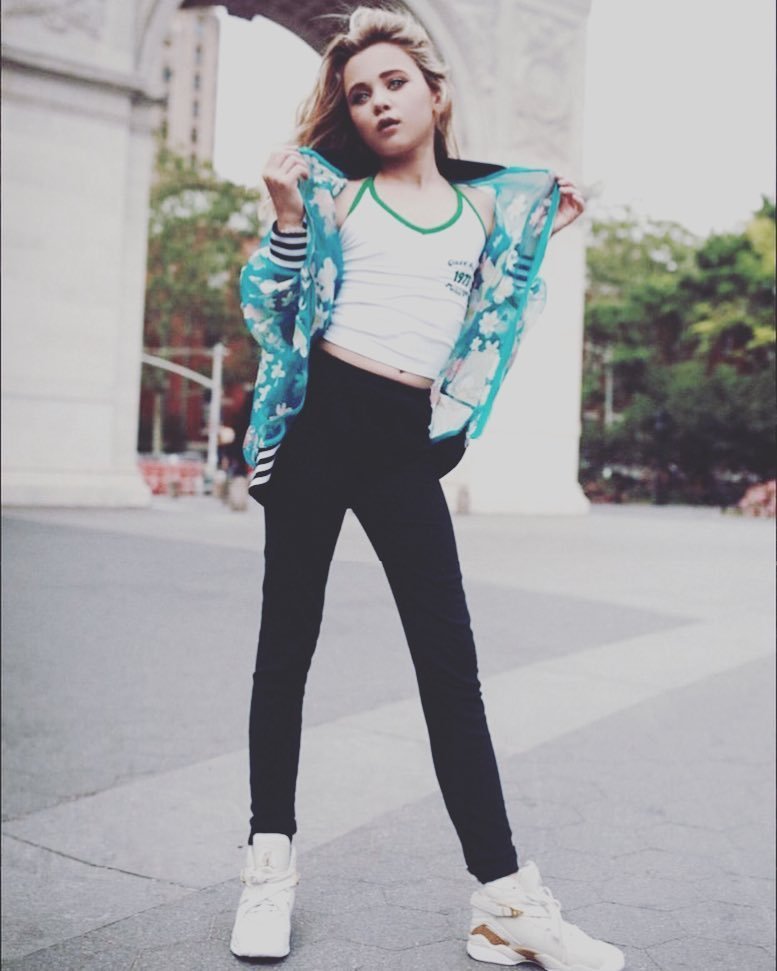 While there have been people defending Graham's messages by saying that Alabama looks much older than her age, this picture definitely looks like a ten year old's photo.

Alabama shared another message on her Instagram about the situation. 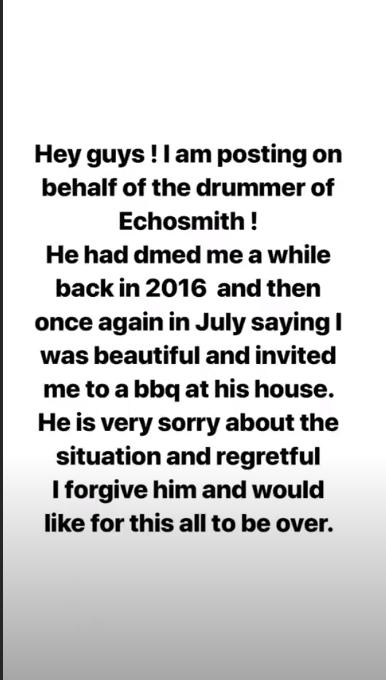 Alabama wrote that Graham said he "is very sorry about the situation and regretful. I forgive him and would like for this all to be over."