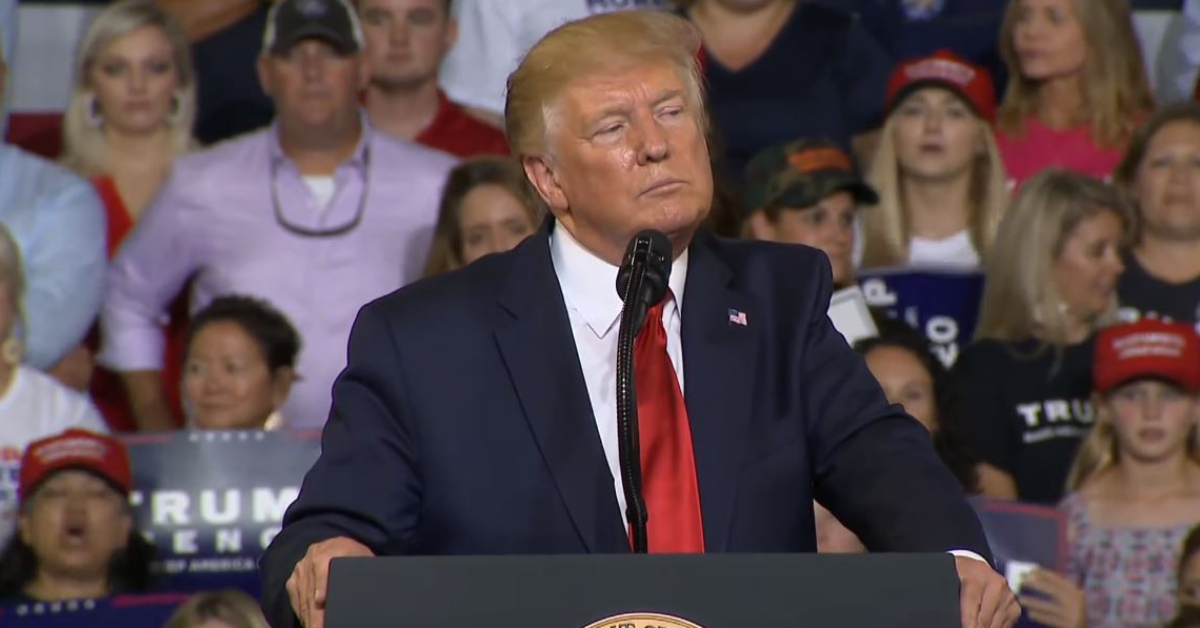 President Trump has seemingly backpedaled on his reaction to the "Send her back!" chant that erupted at his North Carolina campaign rally Wednesday night and has now claimed that despite his apparent inaction, he actually "disagrees" with the chant, The Hill reported.

While speaking to reporters at the White House on Thursday, the POTUS condemned the rallying cry against U.S. Rep. Ilhan Omar and said he actually made attempts to stop it when it started.

On Sunday, he took to Twitter to tweet a series of racist rants against first-term Democrat Reps Alexandria Ocasio-Cortez, Rashida Tlaib, Ayanna Pressley, and Ilhan Omar.

In his tweets, he suggested the minority lawmakers go back to their countries and "fix them" rather than continue speaking out against racist systems within the U.S. Specifically, his own immigration policies.

However, three of the four women targeted by Trump were actually born in America, with the fourth a naturalized citizen.

Omar was born in Somalia but fled the country with her family as a child, seeking asylum in America and eventually becoming an official U.S. citizen in the year 2000. She now represents Minneapolis.

During his Wednesday night rally, Trump spent much time criticizing the four lawmakers, known as "The Squad."

His 90-minute rally saw him once again call for the congresswomen to once leave the country, telling his crowd of passionate supporters, "These left-wing ideologues see our nation as a force of evil."

He added, "I have a suggestion for the hate-filled extremists who are constantly trying to tear our country down. If they don't like it, let them leave."

He also suggested the congresswomen "don't love our country", claiming they "hate" America.

Then, the president moved on to target one lawmaker in particular — Rep. Omar.

He continued his pattern of throwing out wild accusations against the congresswoman, making such claims that she minimized 9/11, supports al-Qaeda, and that she illegally married her brother to gain her American citizenship.

In response to his accusations, the North Carolina crowd began chanting, "Send her back!" 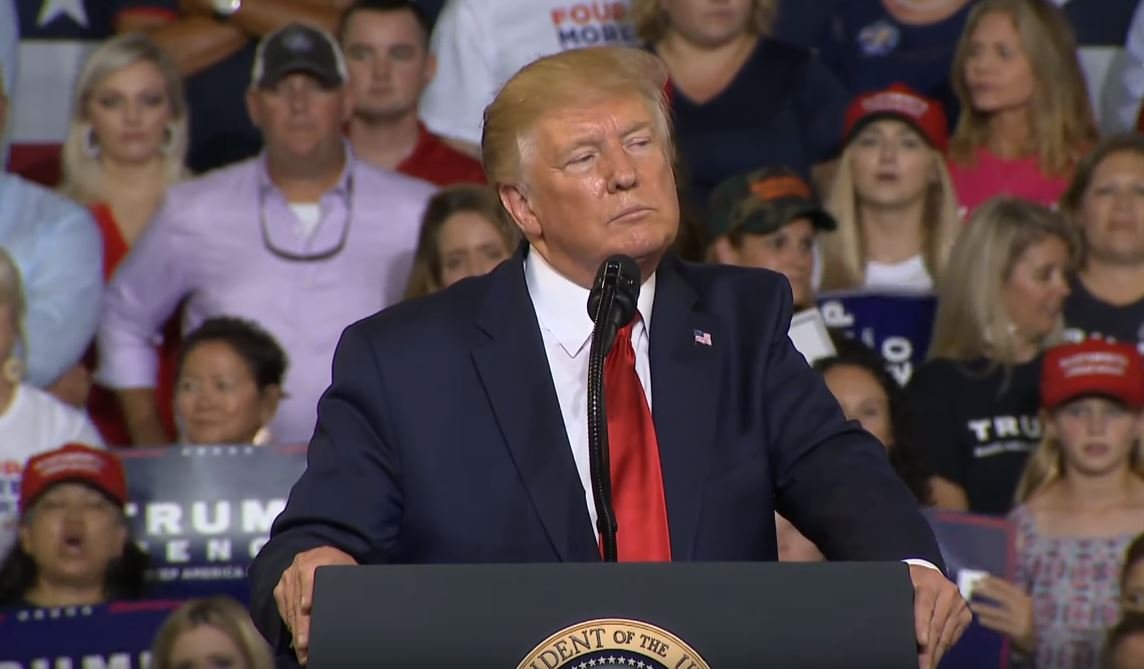 During their rallying cries, Trump stood at his podium and made no effort to actually stop it, also offering zero condemnation for those who joined in once the chant had quieted down.

However, amid great backlash from Democrats and Republicans alike, Trump said Thursday that he actually "disagrees" with the chant.

"I was not happy with it," he told reporters at the White House. "I disagree with it."

When he was asked why he did nothing to stop the chants, Trump replied, "I think I did. I started speaking very quickly."

In fact, footage from the rally shows he actually did not attempt to stop the refrain, and waited a full 14 seconds before continuing his speech.

During the chant, the president can be seen looking around the room with an expressionless gaze as he waits for the cries to quiet down.

In an effort to distance himself from those who participated in the chant, Trump told reporters to go to North Carolina and "ask the people why they chanted."

On Wednesday, Rep. Omar tweeted out a poignant response to the chant using a Maya Angelou quote.

In a follow-up tweet, she wrote, "I am where I belong, at the people's house and you're just gonna have to deal!" which she posted alongside a photograph of her presiding over the House chamber.