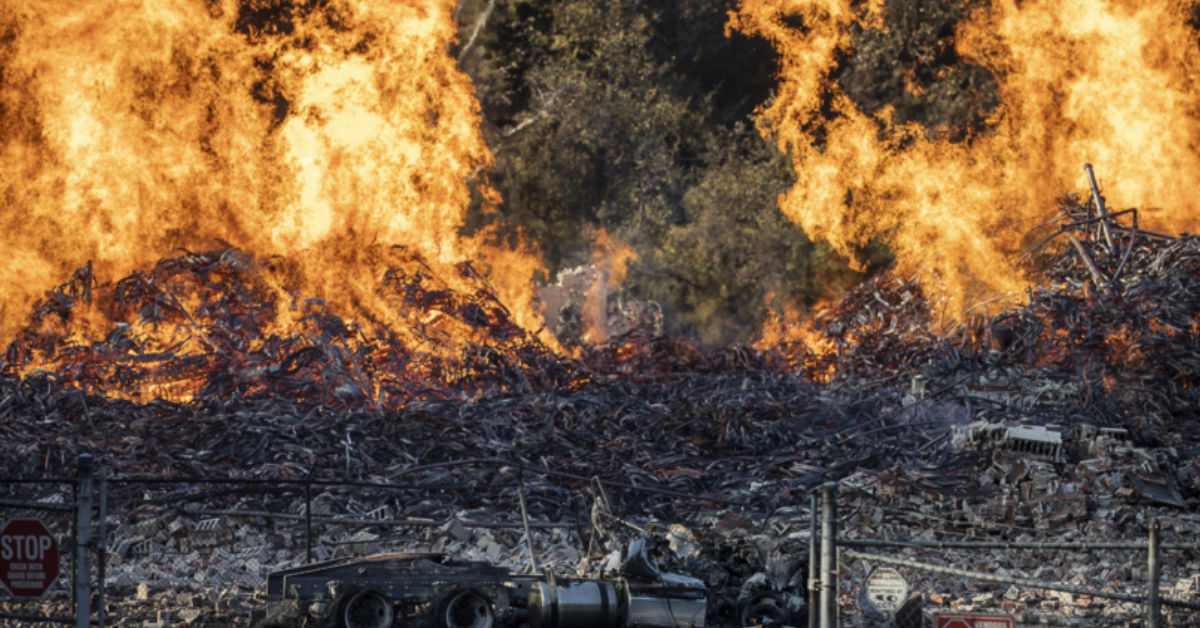 It is suspected that the fire was caused by a lightening strike to one of the buildings, as no foul play has been detected.

Emergency crews were able to put out the flames in both structures approximately five hours after the fire began.

One of the burning buildings housed over 45,000 barrels of bourbon. 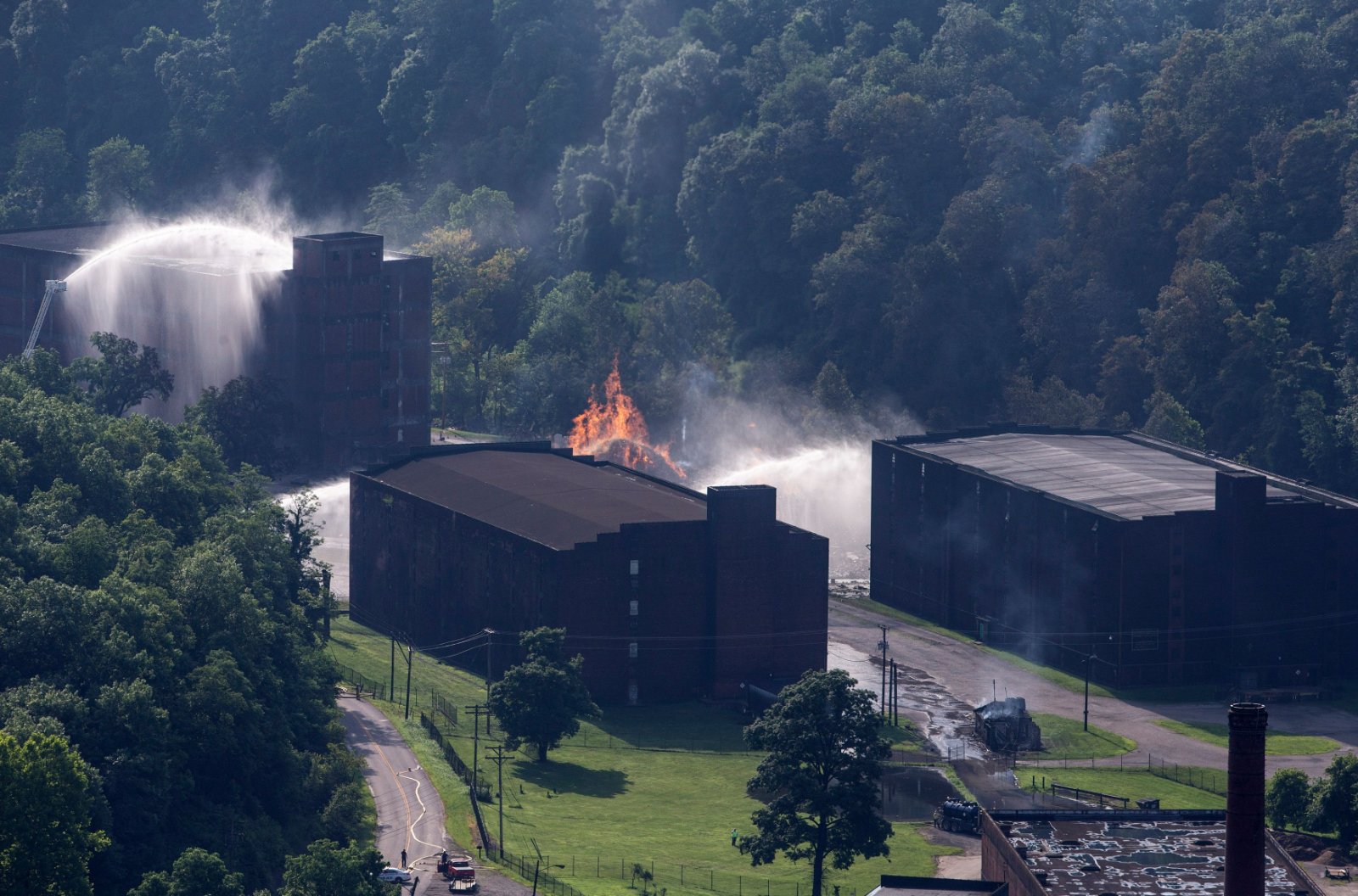 Beam Suntory spokesperson Dan Cohen stated that no one was killed or injured in the fire.

"We have a comprehensive warehouse safety program that includes regular inspections and rigorous protocols to promote safety and the security of our aging inventory," Cohen explained.

"Given the age of the lost whiskey, this fire will not impact the availability of Jim Beam for consumers." 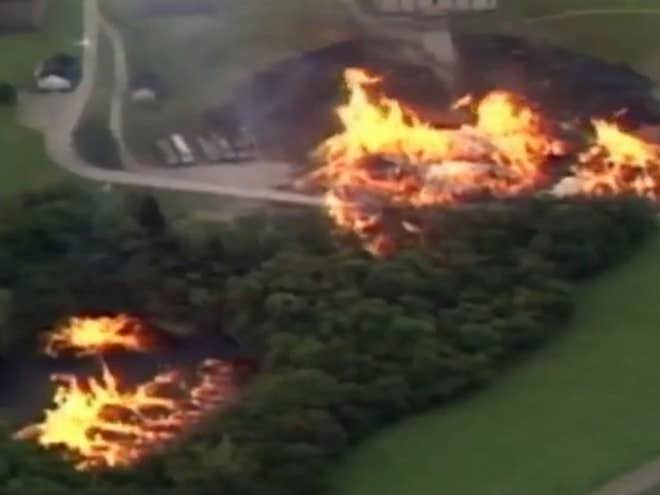 "We operate 126 barrel warehouses in Kentucky that hold approximately 3.3 million barrels for our brands," he continued, "The warehouse that was destroyed contained 45,000 barrels of relatively young whiskey from the Jim Beam mash bill." 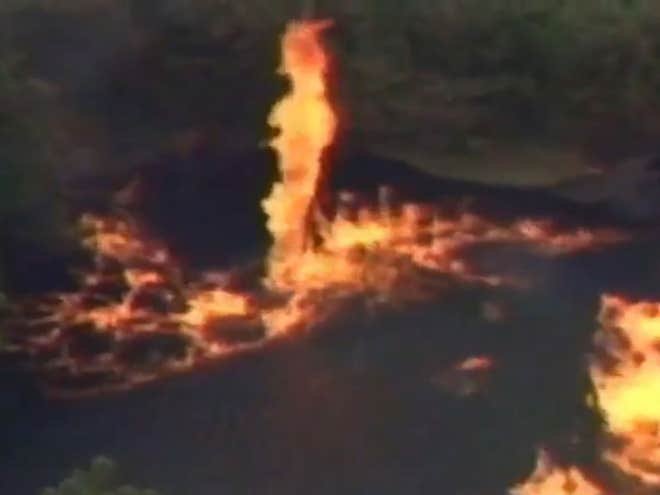 The Kentucky Energy and Environment Cabinet has sent crews to the site, though a spokesperson revealed that "water being used to extinguish the fire will run off into the creek," and that "firefighters should let the fire burn itself off to prevent an additional runoff."

Though measures are being taken to protect the creek from additional runoff, damage has already been done. 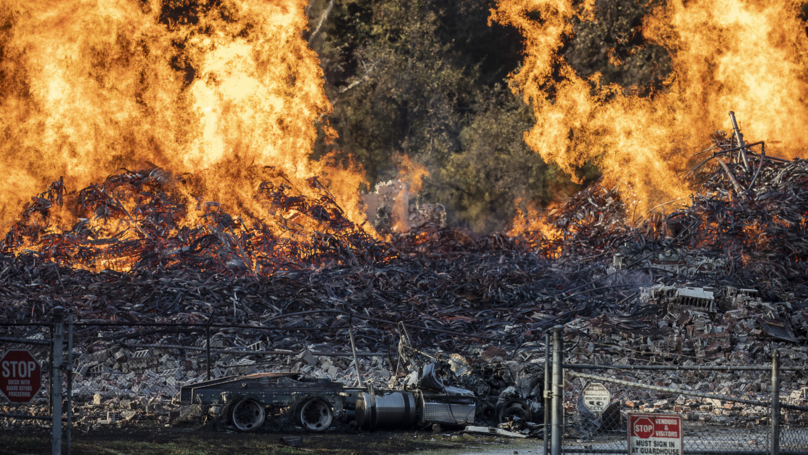 The state anticipates a "serious impact" on aquatic life in the creek and Kentucky River, though there are "no concerns over drinking water at this time."

Watch the footage of the fire for yourself.

Though the environmental effects of the fire aren't ideal, we're glad that no workers were hurt in the blaze.