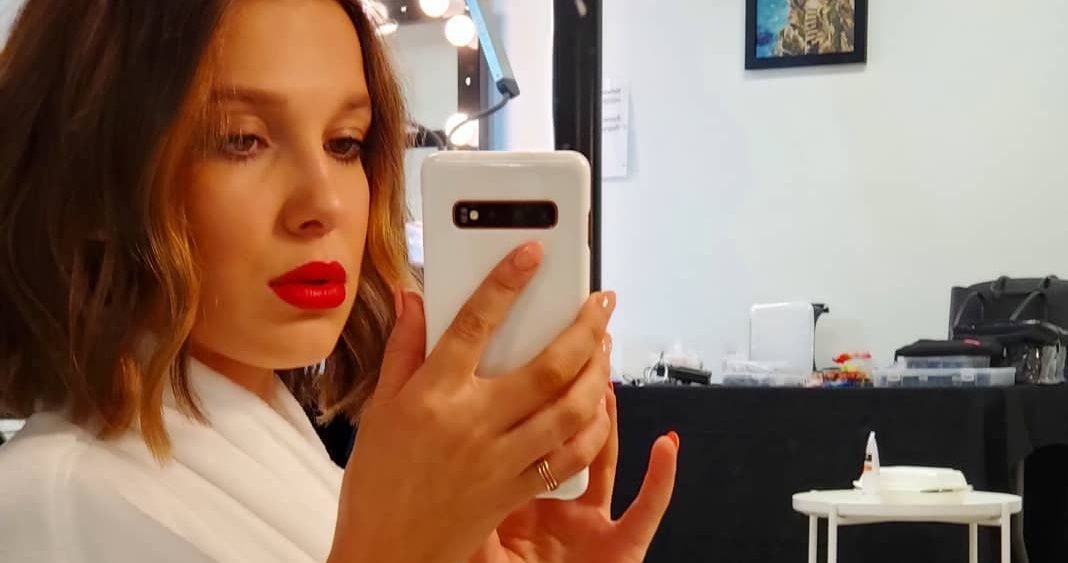 While Stranger Things star, Millie Bobby Brown, is no "stranger" to the Hollywood scene (heh, get it?), there's still so much we don't know about her.

Like how she's never taken an acting or singing lesson in her life!

Or how she even had a seven-month relationship.

That's just the tip of the iceberg, folks.

Prepare to be just as shocked as we were with these 12+ things we honestly didn't know about this young rising star.

1. Her acting dreams almost caused her parents to go bankrupt. 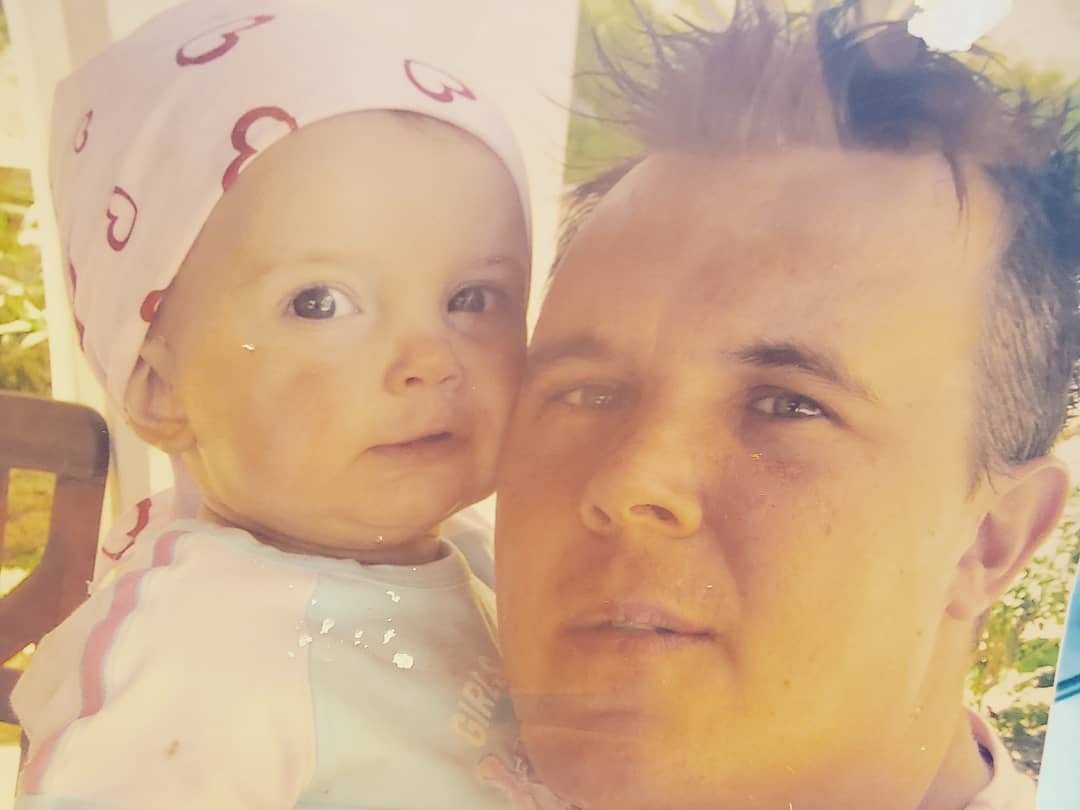 In her first interview ever, Brown revealed to the Daily Mail that her parents sacrificed everything for her to go after her dreams.

"It was very hard. There were lots of tears along the way," she said about the fact that her parents sold everything so they could move to Hollywood

Things got so bad, Millie's manager even had to lend the family money. 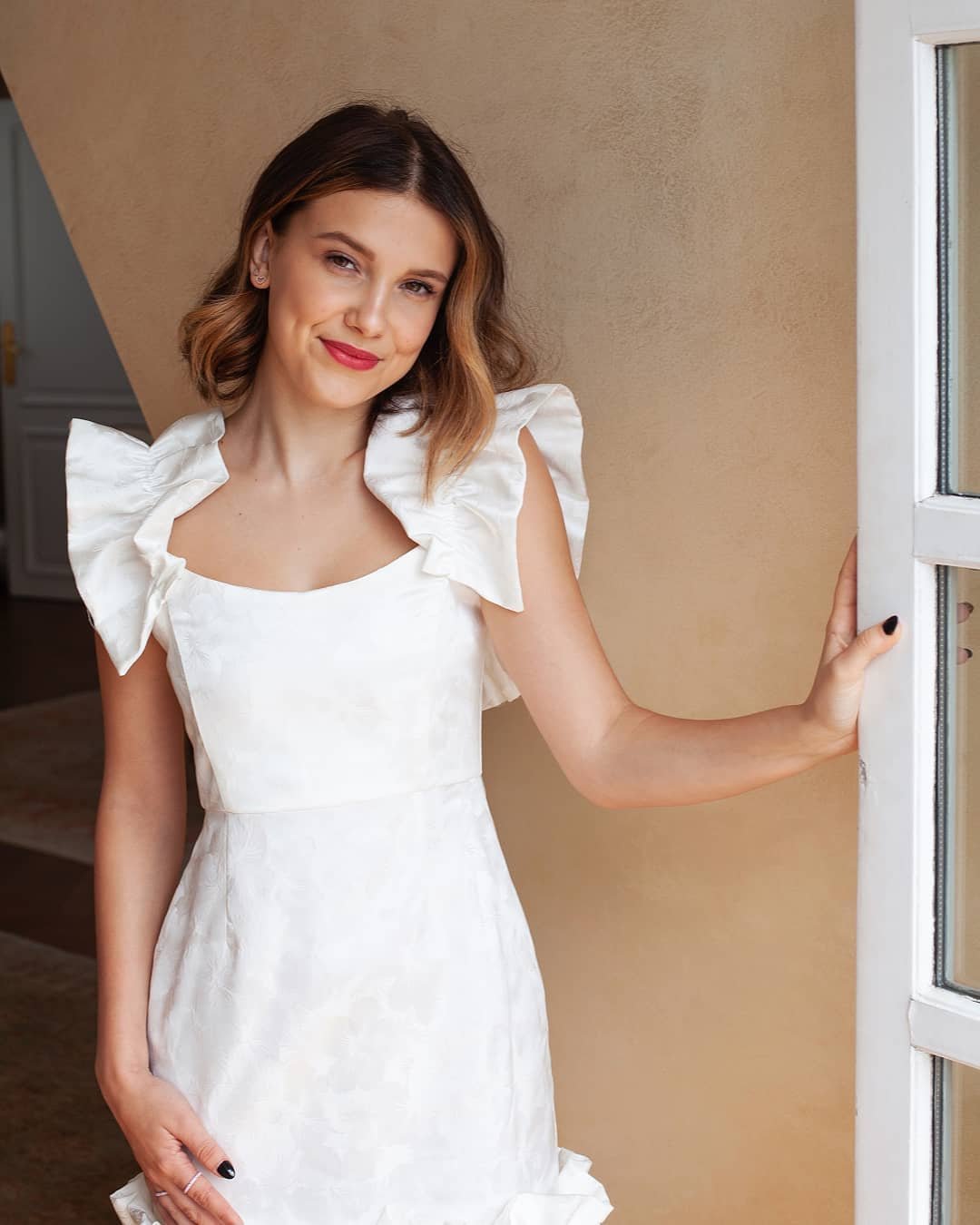 When money officially ran out, they moved back to the UK to live with an aunt.

After a bad audition where a casting agent made her cry, Millie auditioned for Stranger Things.

The rest was history!

2. She's friends with Drake and, oh yeah, he gives her guy advice! 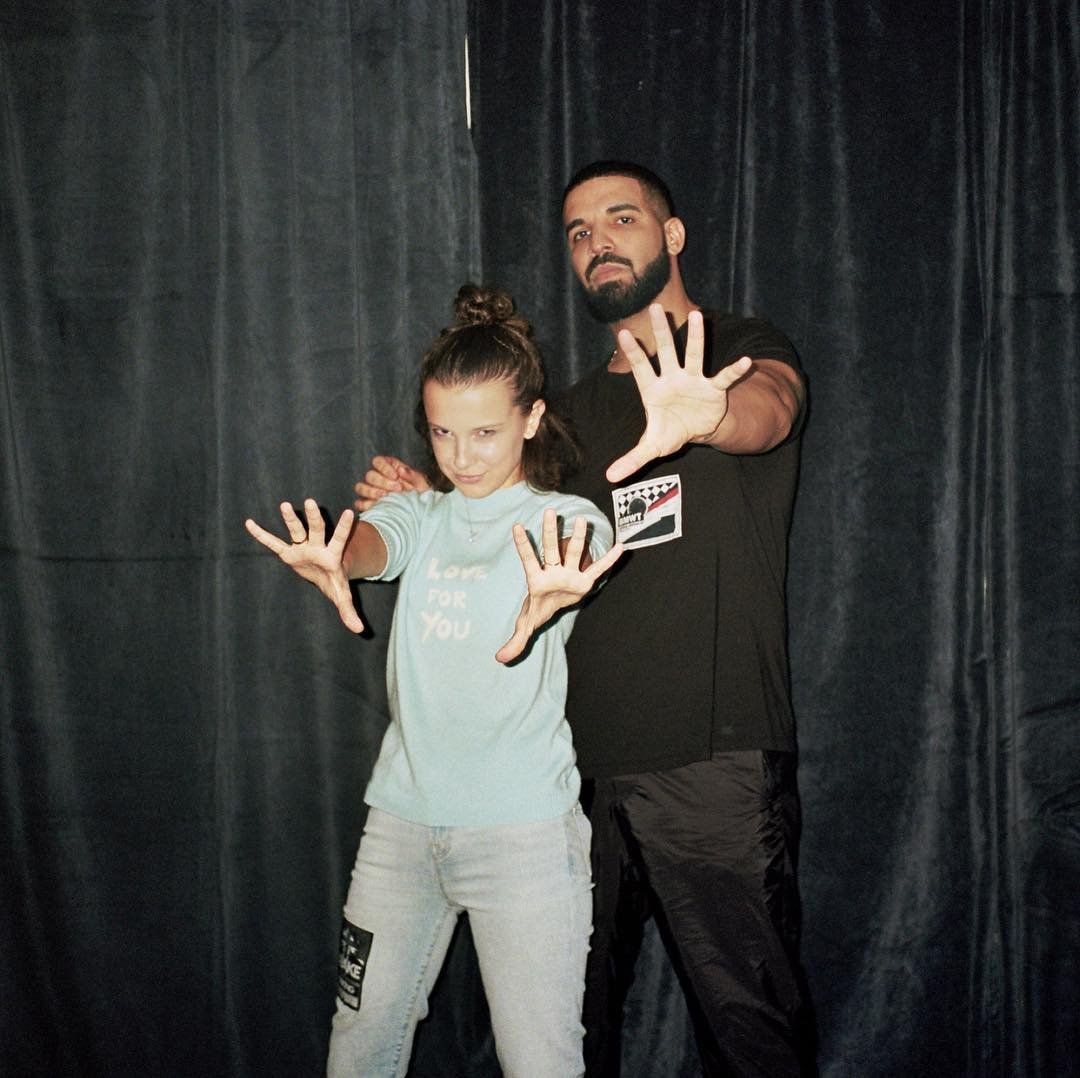 It's the friendship that we never saw coming.

The two first struck up a friendship when they met backstage at one of his concerts in Australia.

While at the 2018 Emmys red carpet, the 'Stranger Things' star even dished about their friendship. 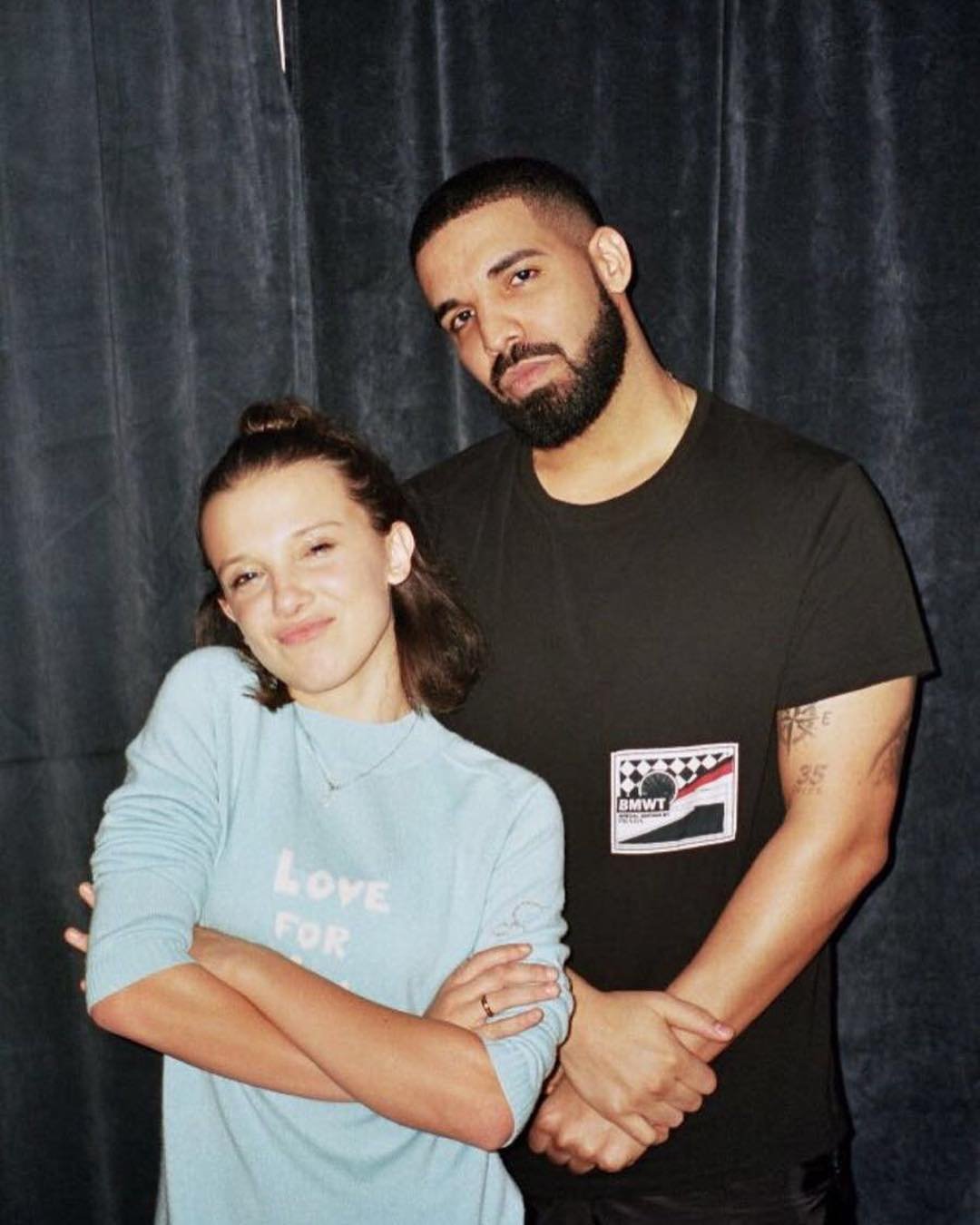 "He’s a great friend and a great role model,” she told 'Access.' 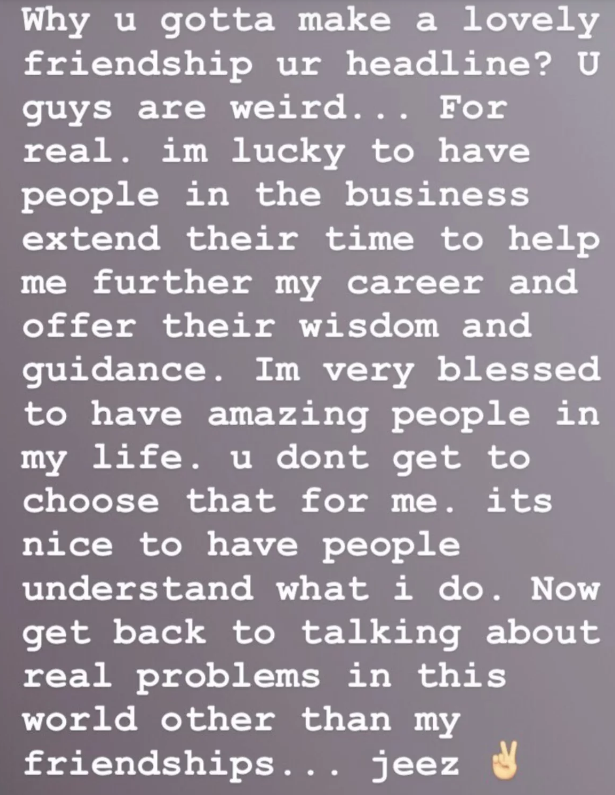 Millie took to Instagram to call those out for making things weird.

3. She's got some impressive singing skills! 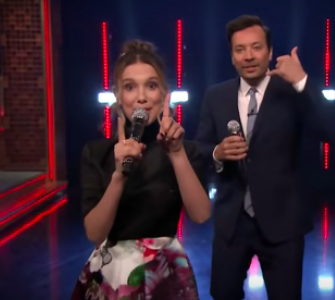 Brown showed off her singing chops when visiting The Tonight Show With Jimmy Fallon.

The two played his karaoke game, where Brown belted out songs from artists' like Lorde, Gwen Stefani, and Panic at the Disco! 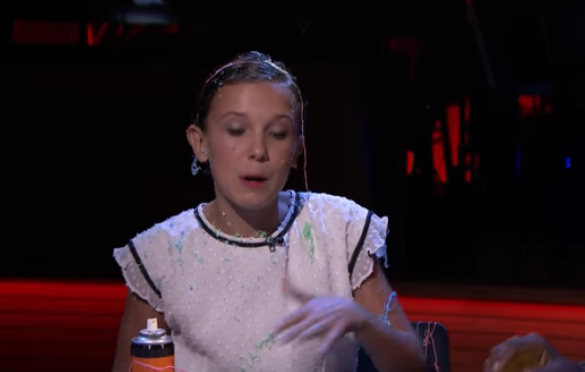 Is there anything this chicka can't do?

While visiting Jimmy Fallon again (he seriously brings out her talents), she played a game called Stranger Strings with her Stranger Things castmates.

When her talent of rapping Nicki Minaj's "Monster" came up, Millie showed them what's up. 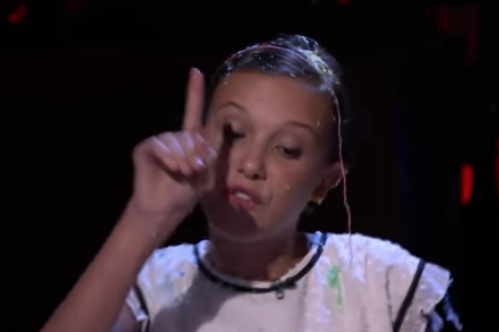 She doesn't even miss a beat. 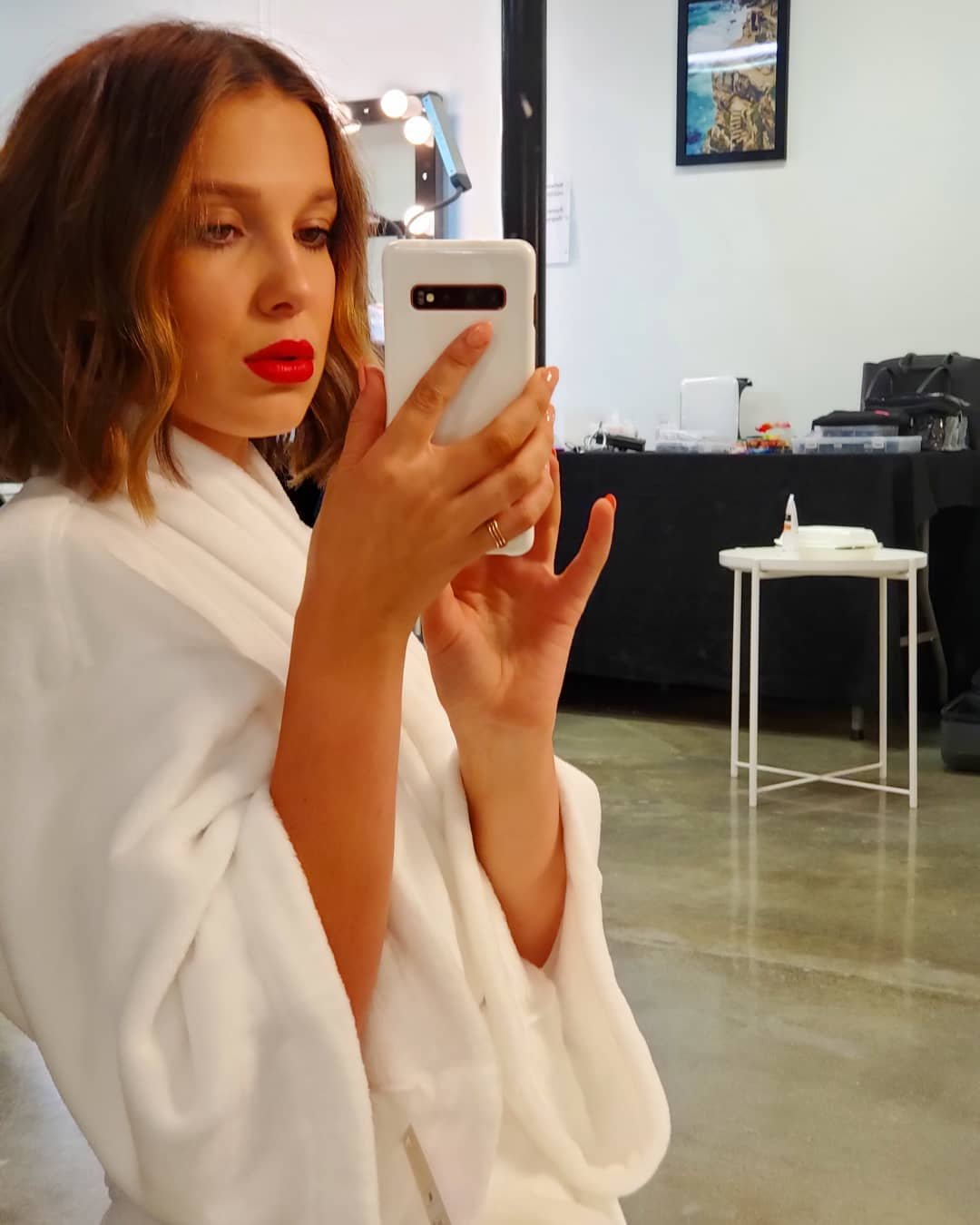 Before she played Eleven, Millie also graced the screens on some of our favorite TV shows.

This includes guest roles on Modern Family, Intruders, Grey's Anatomy, and the Once Upon A Time spinoff.

She even played a young Alice on Once A Time In Wonderland. 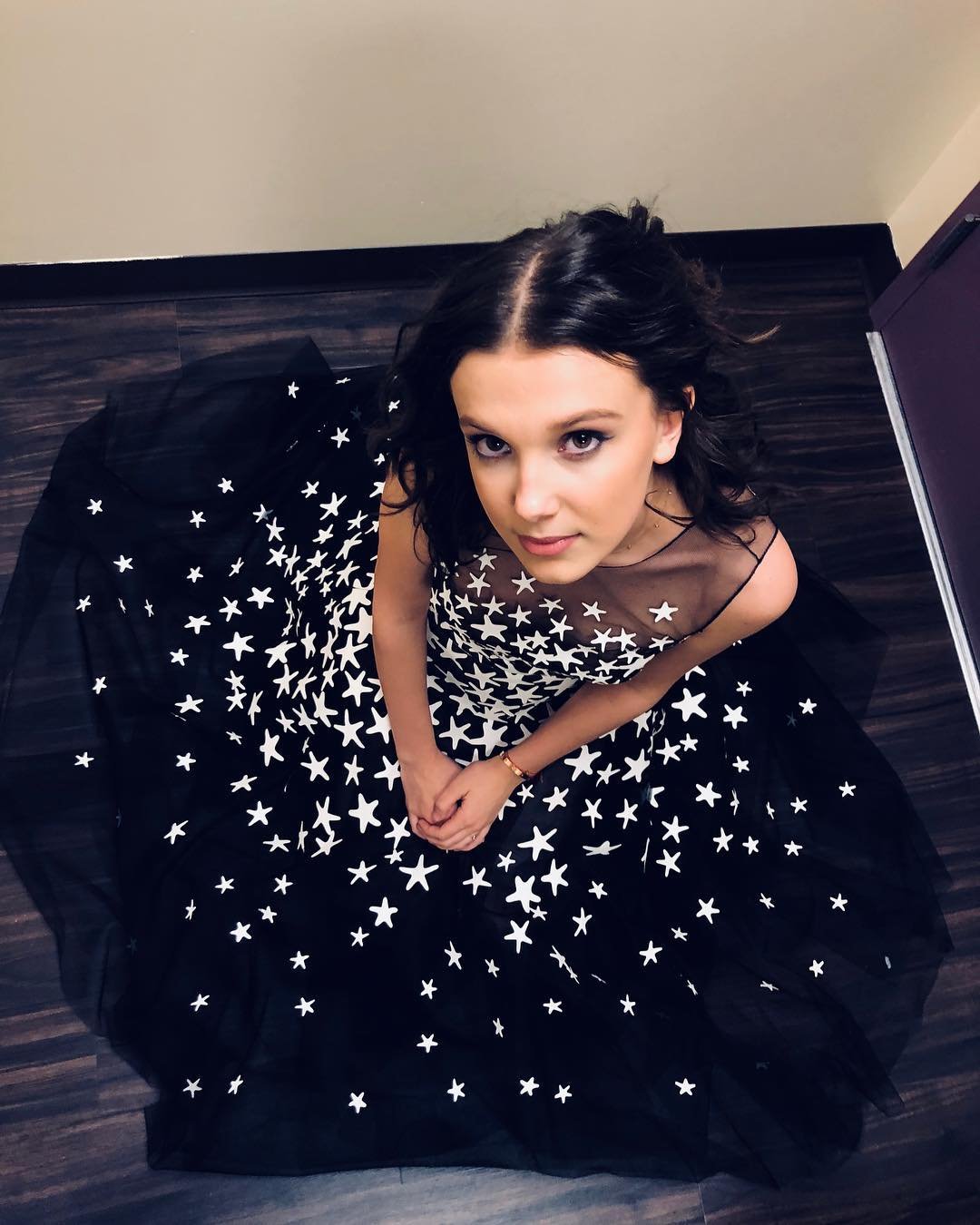 You wouldn't know it since Millie has such a good American accent, but she's actually British!

Although she was born in Malaga, Spain, both her parents are English.

They moved to Bournemouth, England when she was four.

6. She's known to fan-girl just like the rest of us. 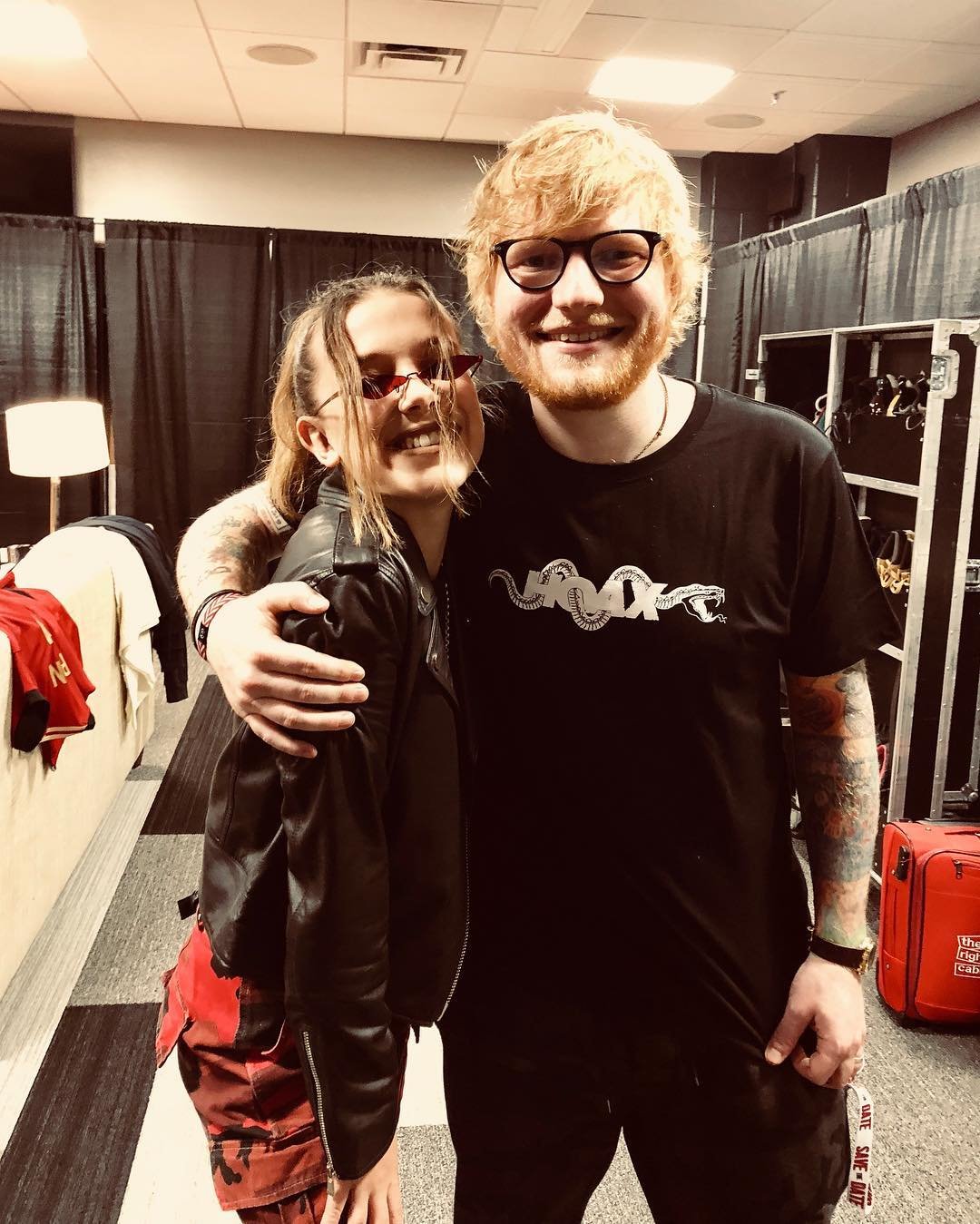 She may be a huge star herself, but that doesn't make her immune from freaking out when meeting celebs.

She made the whole world totally jealous when she got to meet Ed Sheeran!

It was the moment that got us all tearing up because Millie was so emotional.

8. Speaking of awards, she was also nominated for an Emmy. 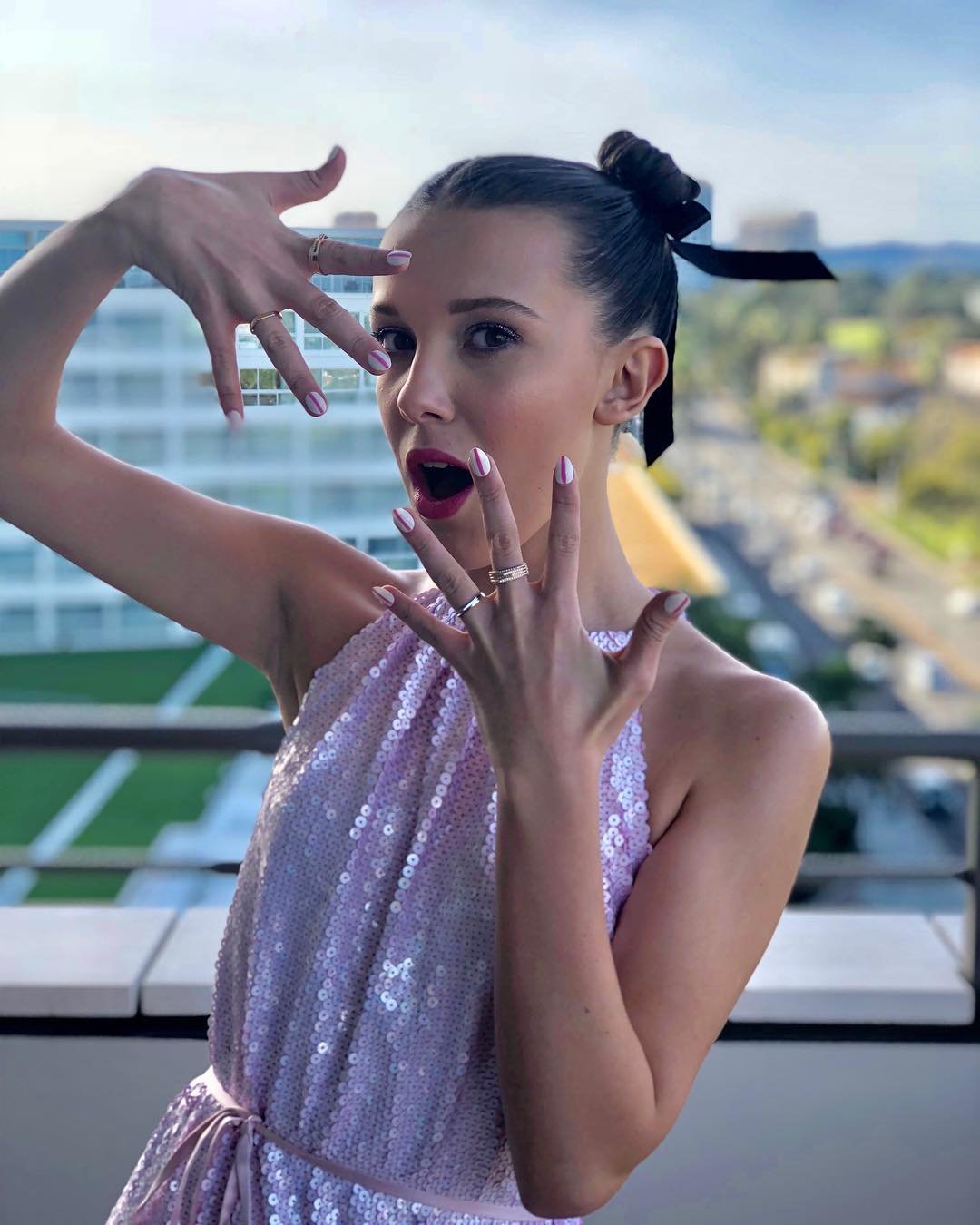 This girl is sooo ahead of her time. She's young and already has a mantel full of awards for her acting chops!

While she didn't win the Emmy for Outstanding Supporting Actress in a Drama, just being nominated was a huge honor.

9. She not afraid to clapback at trolls. 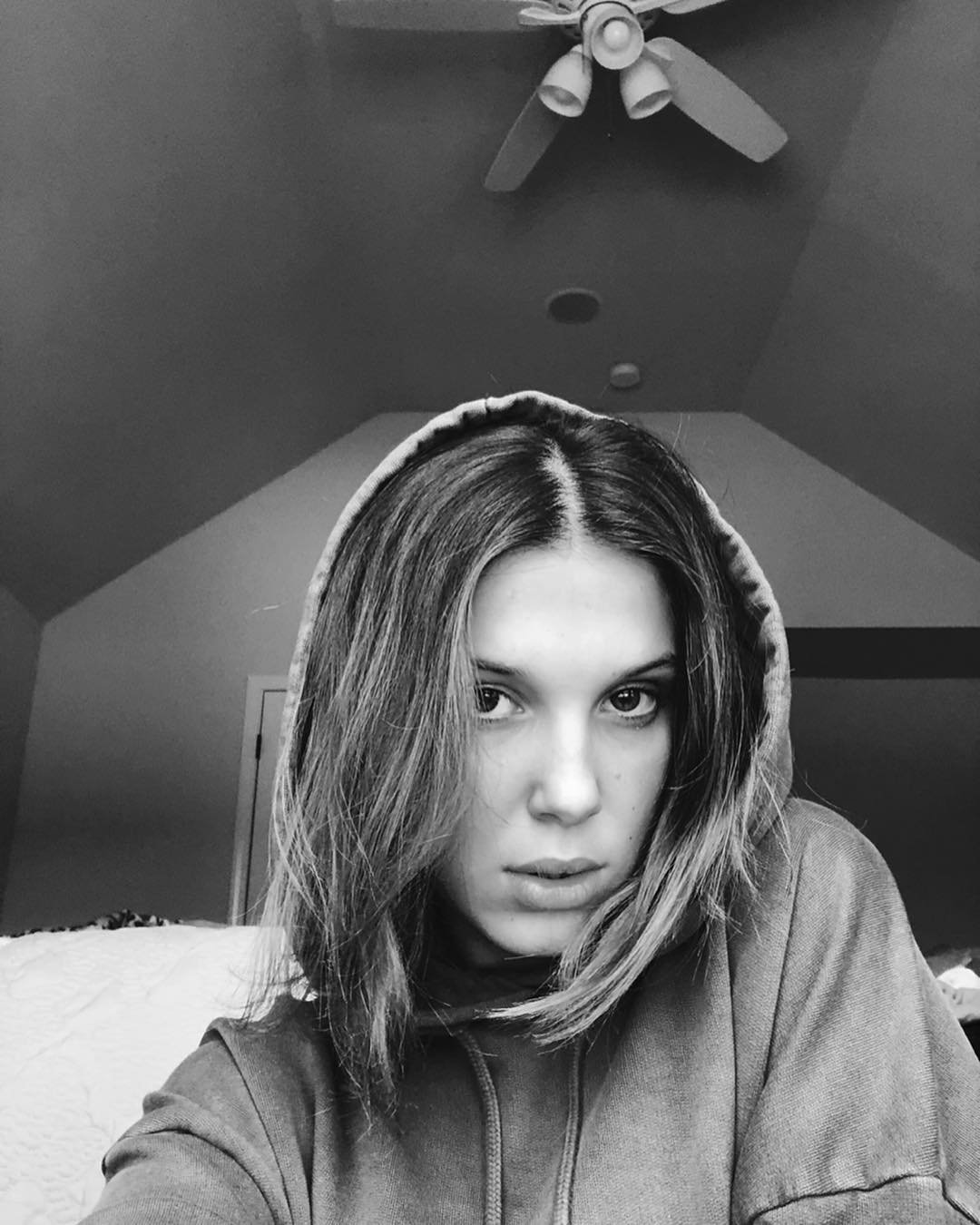 Brown is literally growing up before our eyes ⁠— and that's a fact that the internet needs to get used to.

When Millie posted this image of her in a fitted dress, people freaked out. 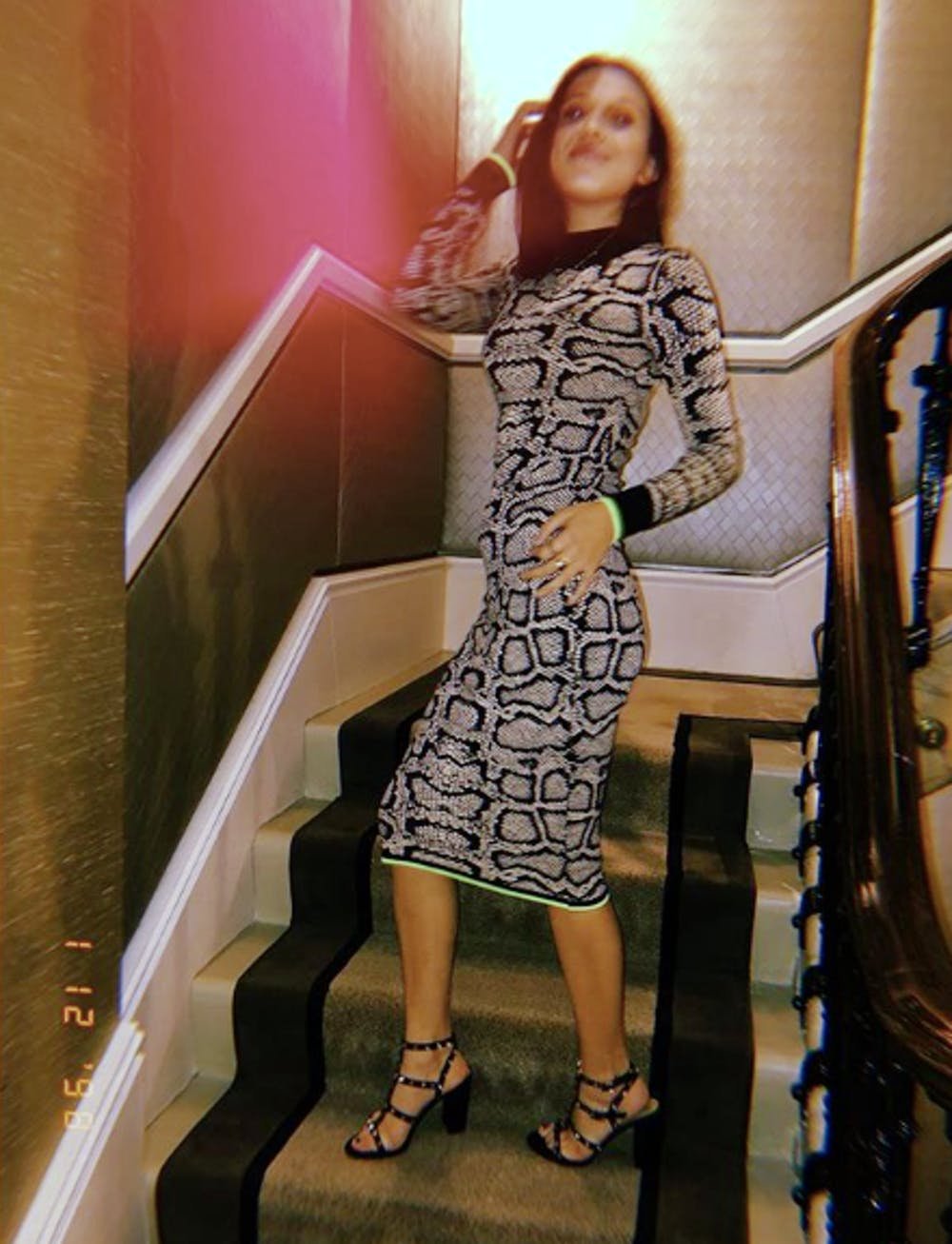 "I don't want to sound mean but now older men are gonna think you're older than 14," one person wrote.

There were tons of other comments along those same lines.

Millie handled the negativity with class by posting this. 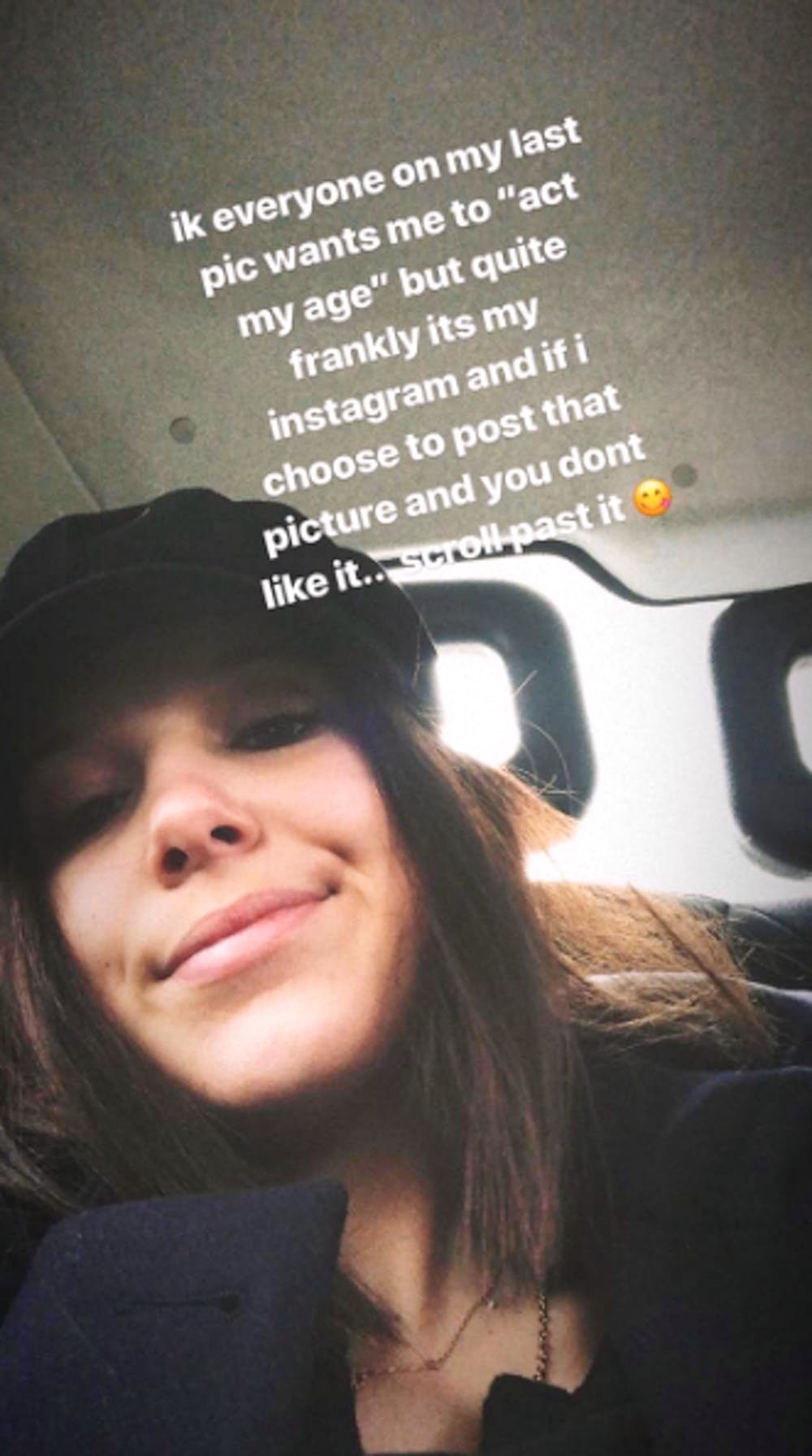 We think she handled the matter with more maturity than some of the "adults" posting on her pic. 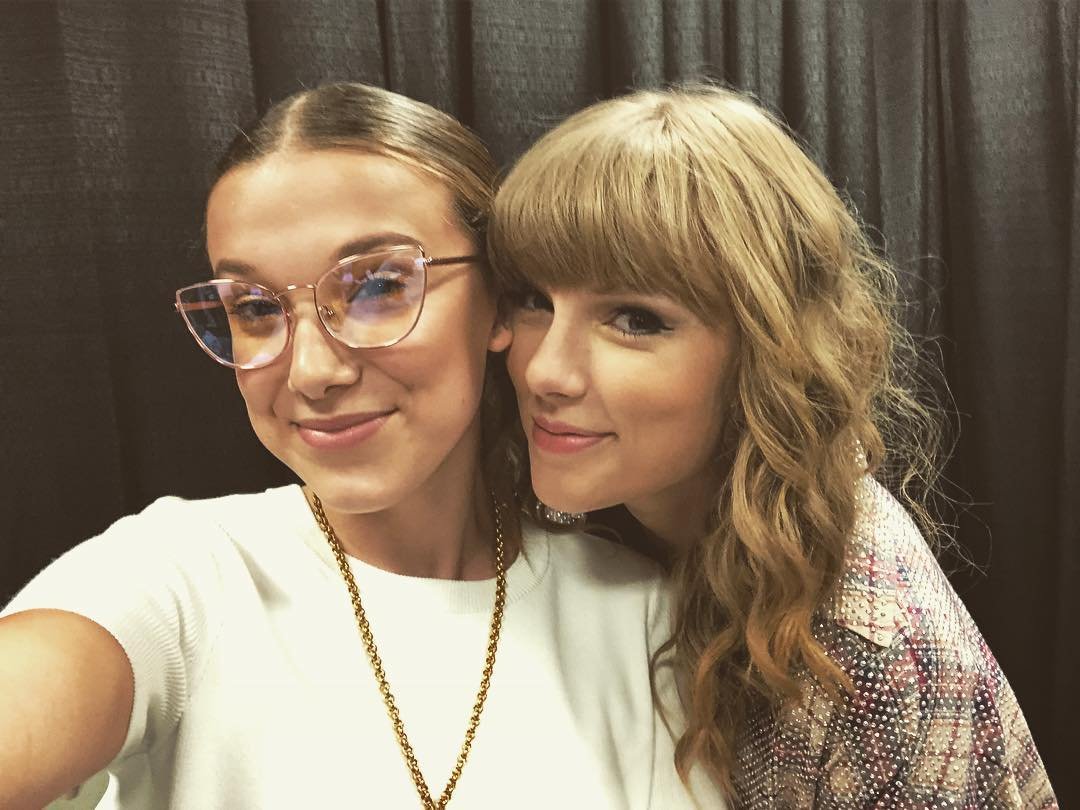 She is so flippin' adorable in all of her pics.

You can find her hanging with her Stranger Things crew and even rubbing elbows with top celebs like Lady Gaga and Taylor Swift!

11. She actually shaved her head to play Eleven on "Stranger Things". Talk about committing to a role!

Instead of using a cap to appear bald for the role, Brown actually shaved her head.

In an Instagram video, she talked about how actress, Charlize Theron, helped inspire her.

"The day I shaved my head was the most empowering moment of my whole life," she began.

"The only image I had in my head about what I could possibly look like is Charlize Theron in Madmax [sic]." 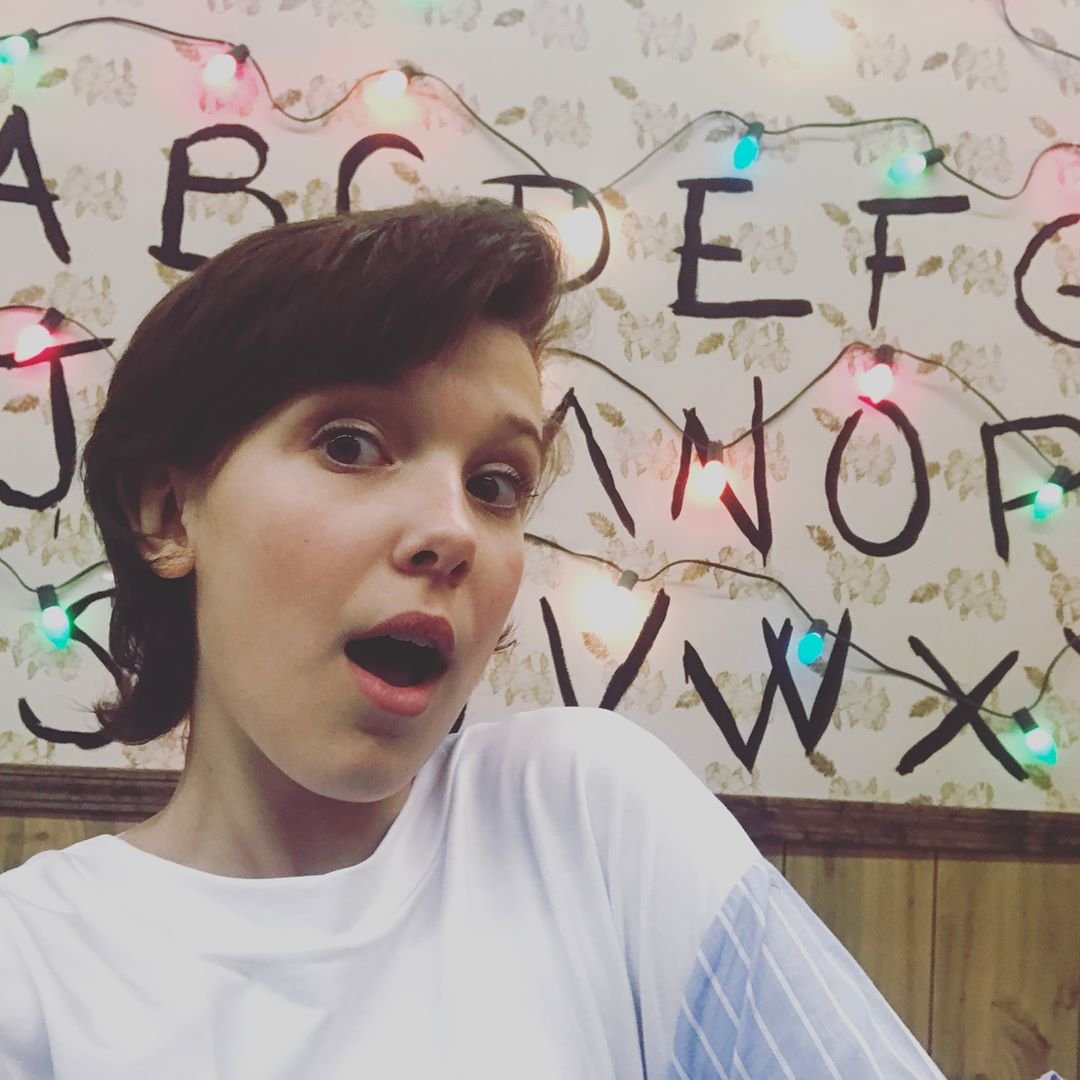 In an interview with Variety, Brown shocked the world when she admitted that she's deaf in one ear.

She explained that she was born with partial hearing loss in one of her ears. After years of tubes, though, her hearing has completely gone away on that one side.

Despite the condition, she's never let it stop or define her. 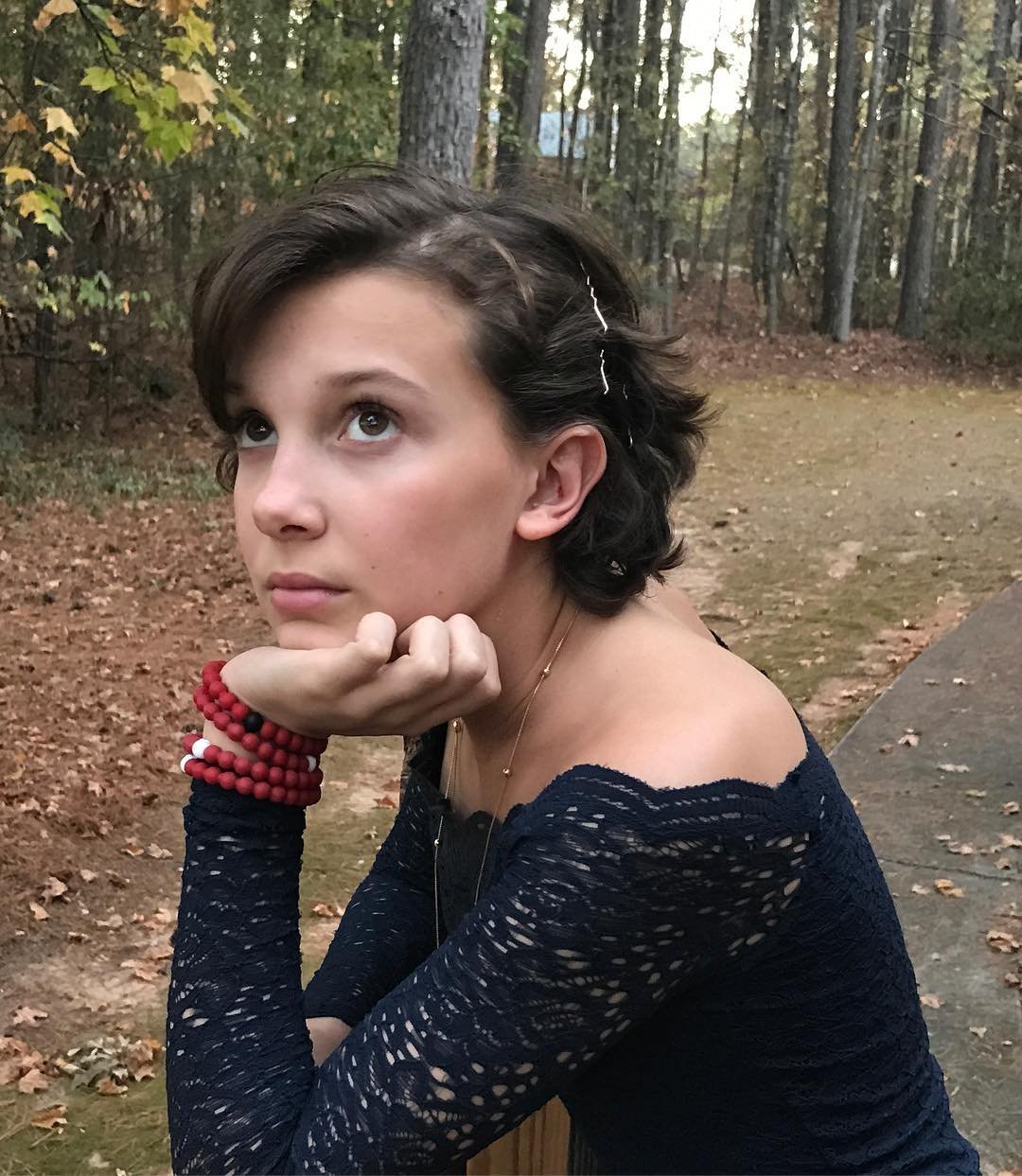 In addition to everything else, she also admitted that she has never taken a singing or acting class in her life!

There's no stopping this one. 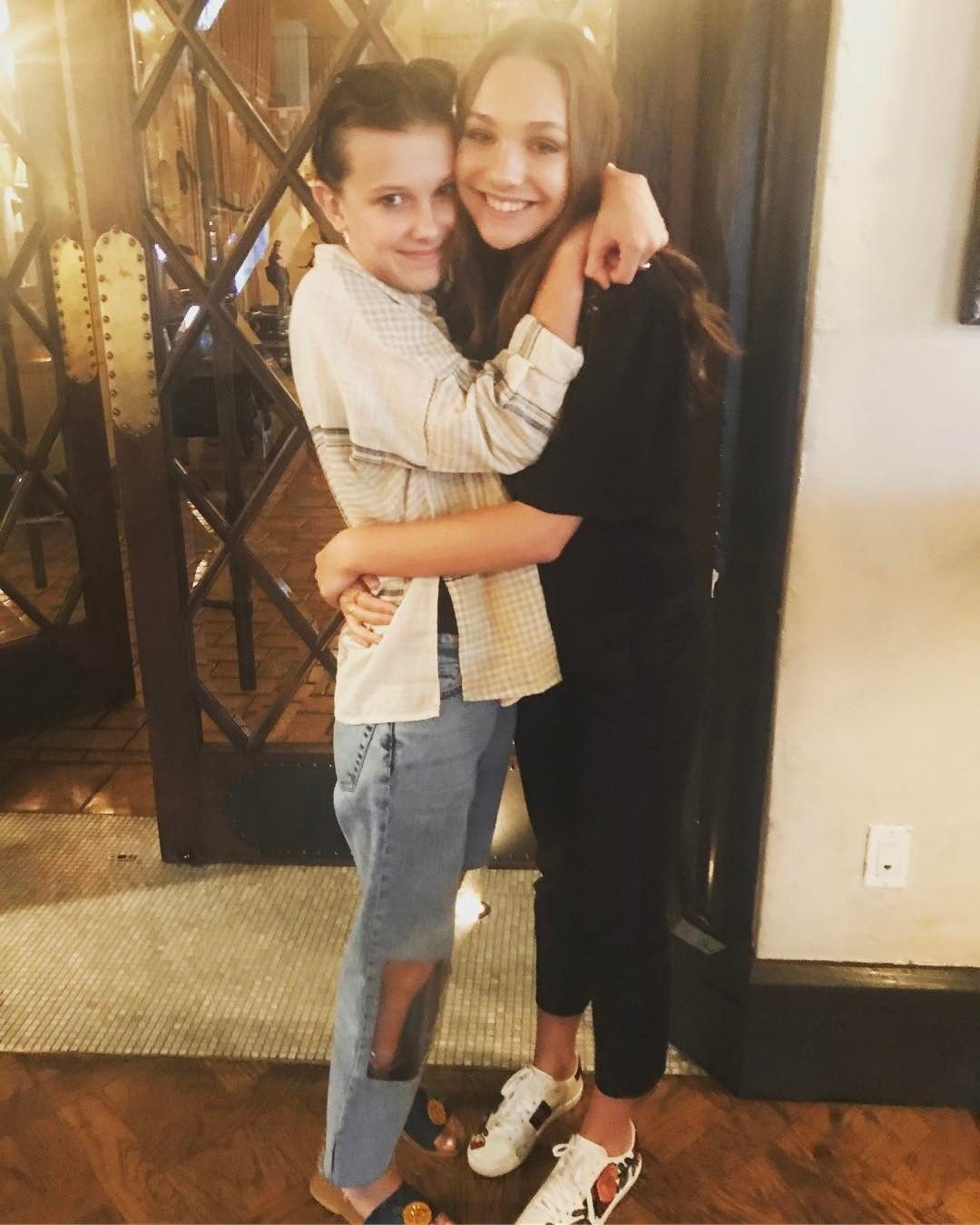 Whether you know her from Dance Moms or that girl dancing in a leotard in Sia's "Chandelier" music video, you should know that her and Millie are totes BFF.

They met when Brown came to visit the set of 'So You Think You Can Dance' where Maddie was a judge. 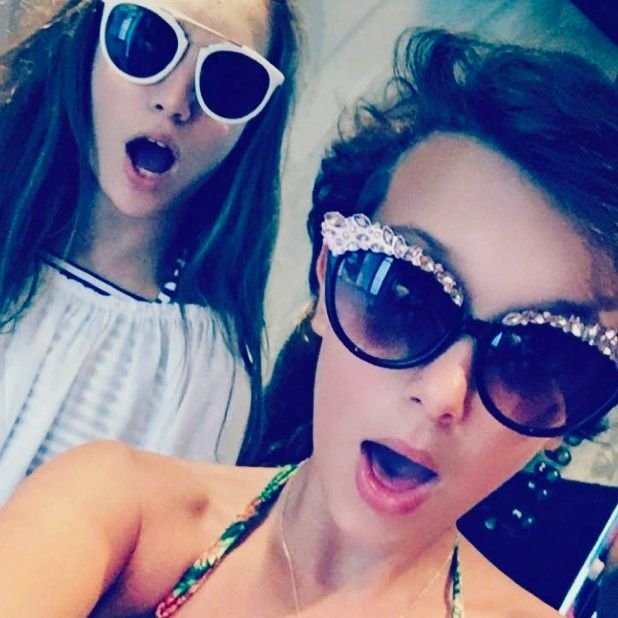 14. She even has an seven-month relationship under her belt. 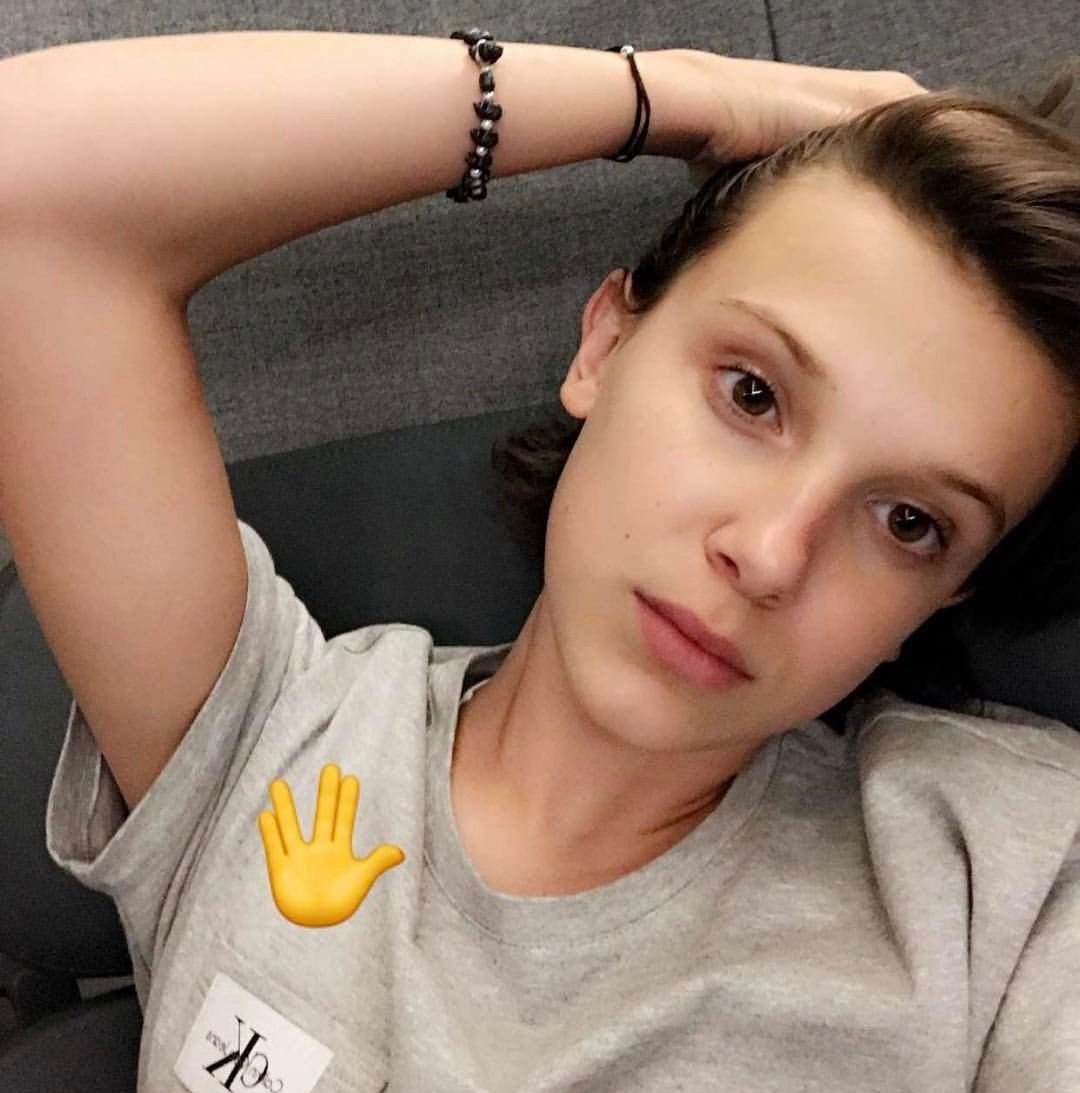 And yet, Millie was recently in a relationship for seven months!

It was to a guy named Jacob Sartorius, and, yes, they were totally adorable.

When they were dating, Millie even posted this cute pic that got some celebs talking. 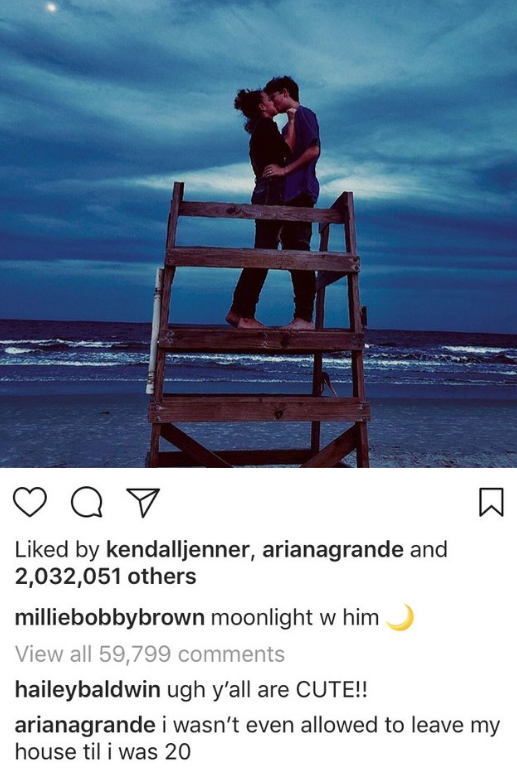 While the two did eventually break up, they will always have this pic (and the hilarious celeb comments).