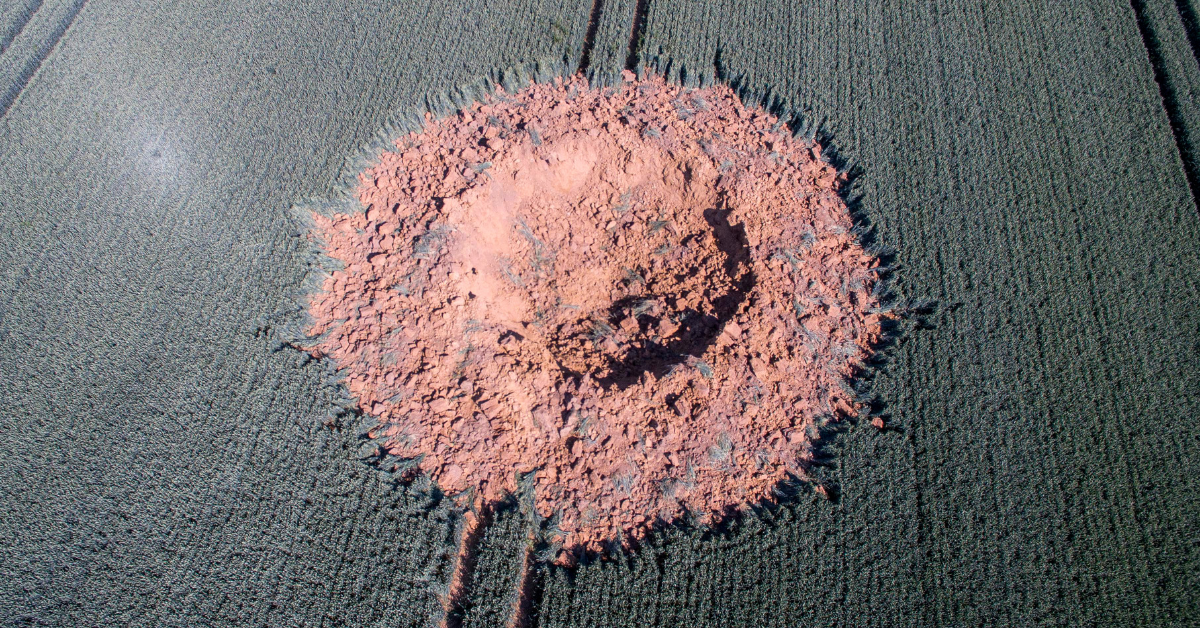 World War II has been over for almost 75 years, but for those closer to the action, the effects are still being felt.

For residents in the German village of Ahlbach, near Limburg, that's quite a literal thing after the town's residents were shaken out of bed by a mysterious explosion at 4:00 am.

At first, nobody was sure quite what had happened. 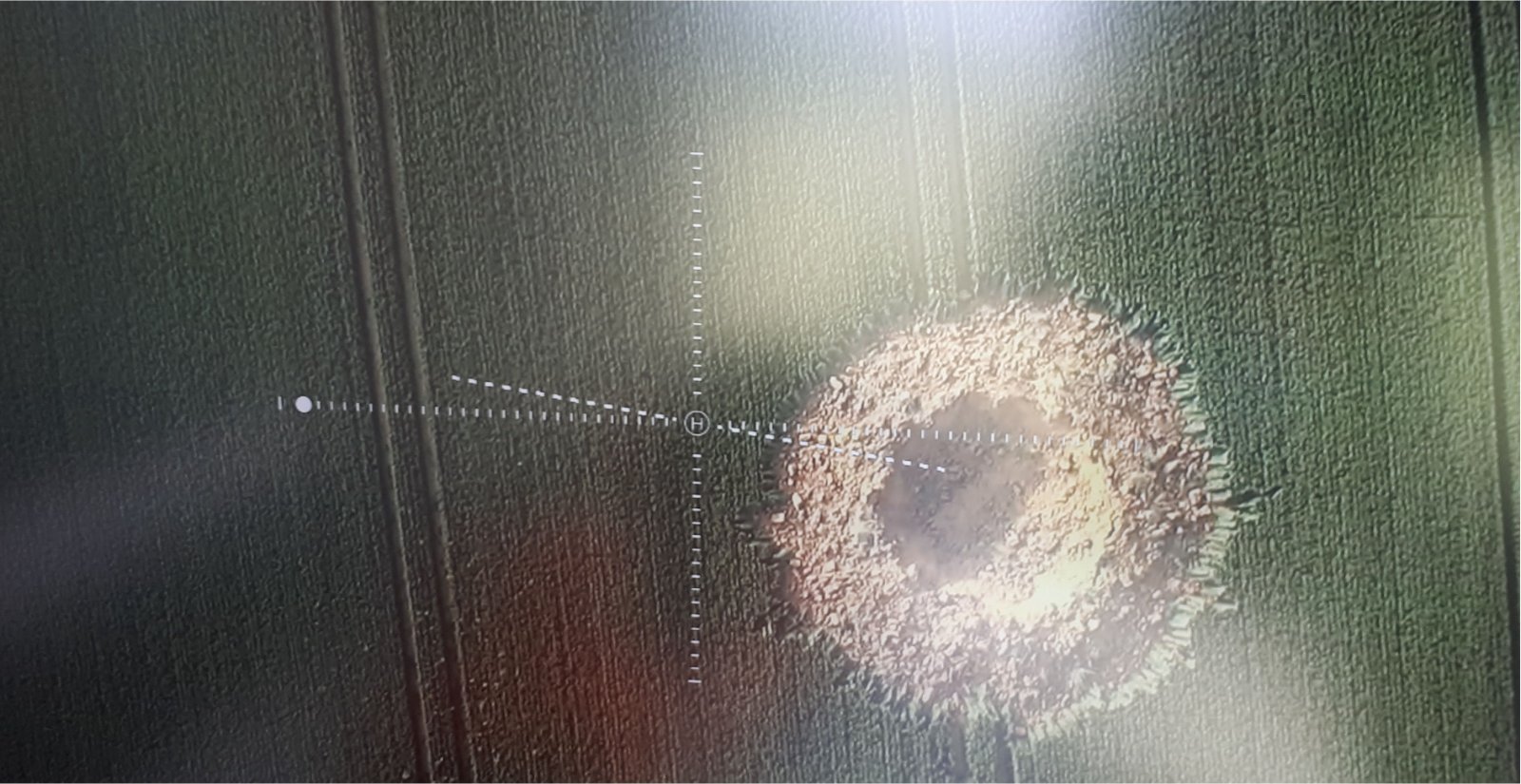 The blast registered as a light earthquake with a magnitude of 1.7, and when the sun came up, a 33-foot-wide, 13-foot-deep crater had appeared in a local farmer's barley field.

Investigators came out and were mystified. 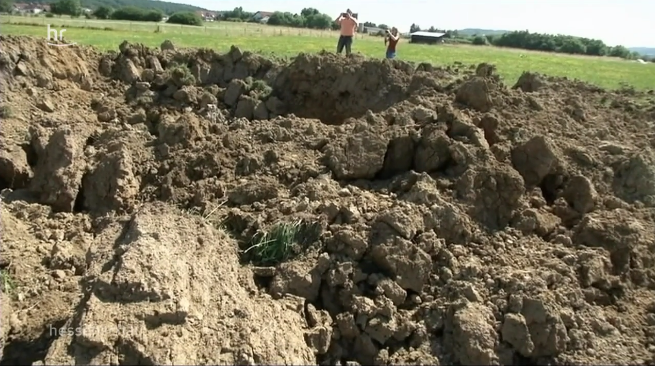 They couldn't find any debris or shrapnel to suggest what might have caused the explosion, according to German news outlet Hessenchau. Drone images were no more conclusive.

Some speculated that it might have been due to a meteor impact, but that was quickly shot down by experts. 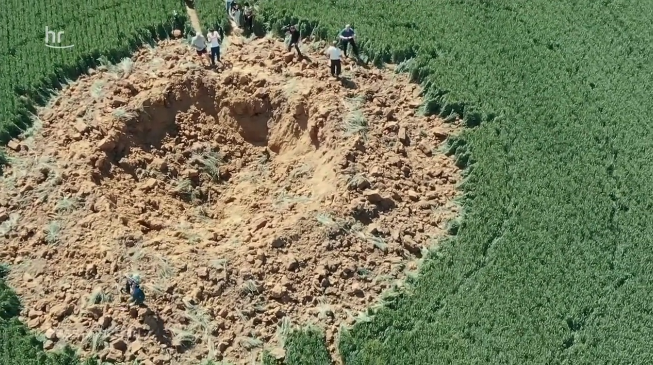 "A great deal of heat is released during an asteroid impact," said the European Space Agency's Rüdiger Jehn, adding that the site showed no evidence of heat or melting.

However, when bomb disposal experts were able to examine the crater more closely, they chalked it up to an old WWII bomb. 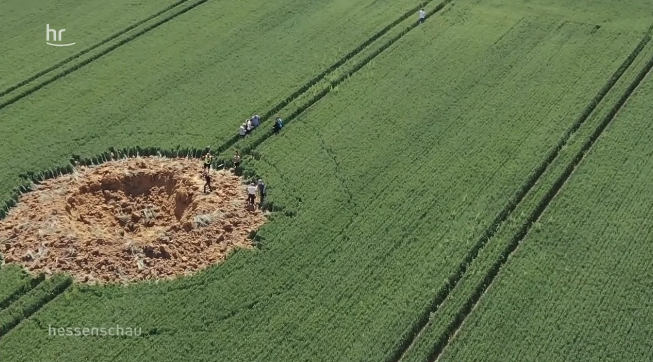 A 550-pound bomb, dropped toward the end of WWII, had buried itself 13 feet down and failed to explode for almost 75 years, until the timer degraded enough to cause the blast. The experts added that it wasn't surprising that no remains of the bomb were located.

"We can be glad that the farmer was not in the field," said city spokesman Johannes Laubach, which goes equally for every farmer who has ever plowed that field since WWII.

Laubach also said that the area was no stranger to unexploded bombs. 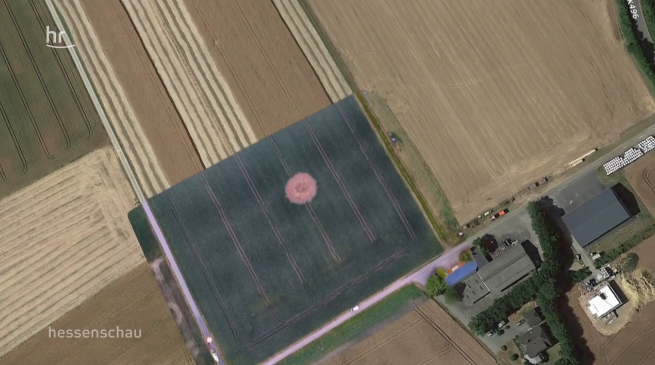 "With the former railway depot we were quite a bomb target at the end of the Second World War."

Unexploded WWII bombs remain a large problem across Europe — in the largest such case, 60,000 residents of Frankfurt were evacuated when a 1,800-pound dud was discovered in 2017.