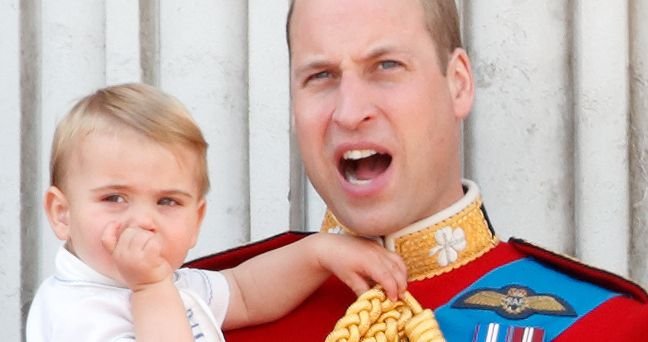 Fans of the royal family noticed something seriously off about Kensington Palace's Father's Day Instagram post — and as per usual, they're not holding back their criticisms. 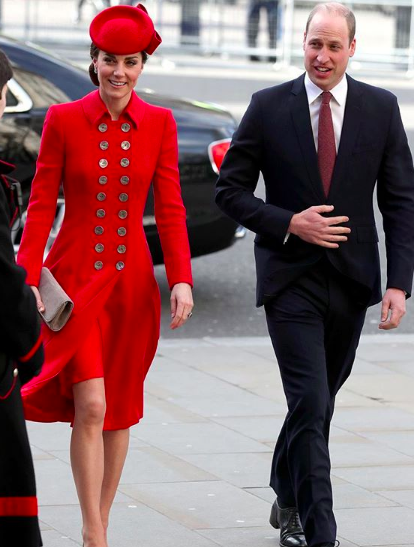 Despite what I can only assume were good intentions, unfortunately, the post is receiving major backlash from followers.

They shared two photos of Prince William, with his son Prince Louis, and Louis' grandfather AKA William's father, Prince Charles.

What's wrong with this picture? Well, there are a few key components missing...

For instance, where are William's other two children, Princess Charlotte and Prince George...?? 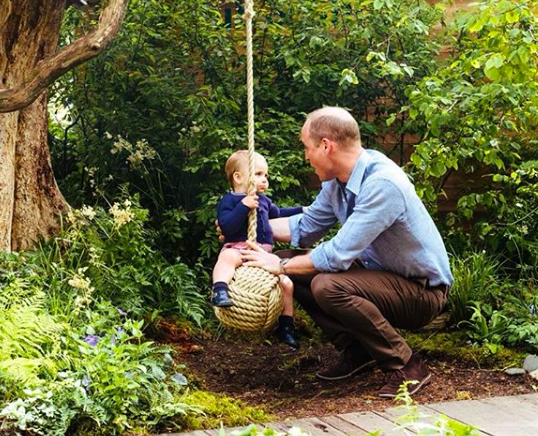 And what about Kate Middleton's father?

If they're going to share a photo of their child's grandfather, shouldn't they pay tribute to both of his grandfathers?

Anyway, as I mentioned, fans were salty af. 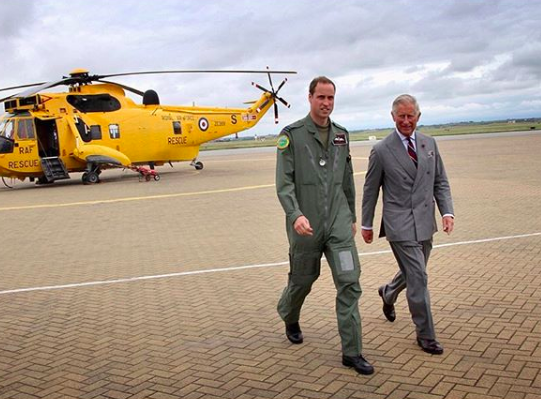 "Apparently, Kate doesn’t have a dad and William only has one child,” one person wrote.

“KP made no effort at all in making this post. Where are pictures of him with his two other children?," another commented.

“WAIT WHAT? Who posted this...you know you have 3 children...and where is Kate’s father?" 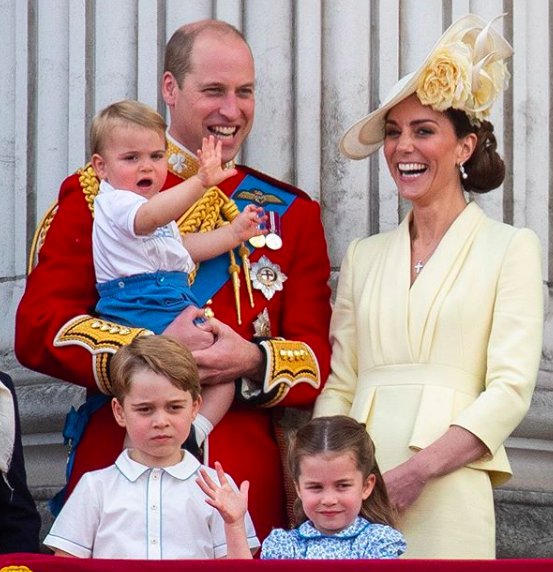 "Your family is so beautiful, you mean to tell me you can’t pose for one photo of the 3 kids and both the grandfathers?," a fan echoed.

The outrage mainly stemmed from the fact that the photo didn't include all of William's children.

We have to wonder why a photo with all of his kids wasn't chosen instead for this post.

"Do you only have one child????" someone commented.

Other fans were simply unimpressed with the lack of effort that went into this post.

It definitely wasn't quite as exciting as some of their other content...

Let's just take a minute to give Papa Middleton the recognition he deserves.

Prince Louis and his grandfather got one, so it's only fair!

Some fans thought it was downright disrespectful to William's other two children.

It definitely does seem odd to exclude them. But surely, there was no ill-will toward them either.

This fan thoughtfully pointed out that Prince Harry is now a father, and they didn't give him a shout-out either.

Yeah, Kensington Palace definitely dropped the ball a bit with this one. Sorry, not sorry.

For reasons that remain unknown, the post only paid tribute to one of Charles' children and one of William's children.

"And the picture of Prince Harry where is he?" someone chimed in.

This fan pointed out that the Kensington Royal Instagram is apparently run by the Cambridge family, and is not the official Instagram of the royal family in general. 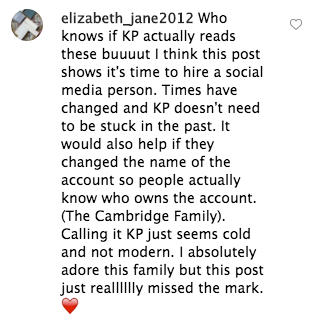 I gladly volunteer myself to be their new social media person.

Basically, everyone is now confused as to whether or not the Kensington Royal Instagram is the official Instagram of the royal family, or just the Cambridge family?

After all, the Sussex family (Harry and Meghan) have their own official Instagram.

So, there's definitely a possibility that @kensingtonroyal is now all about the Duke and Duchess of Cambridge and their children now. 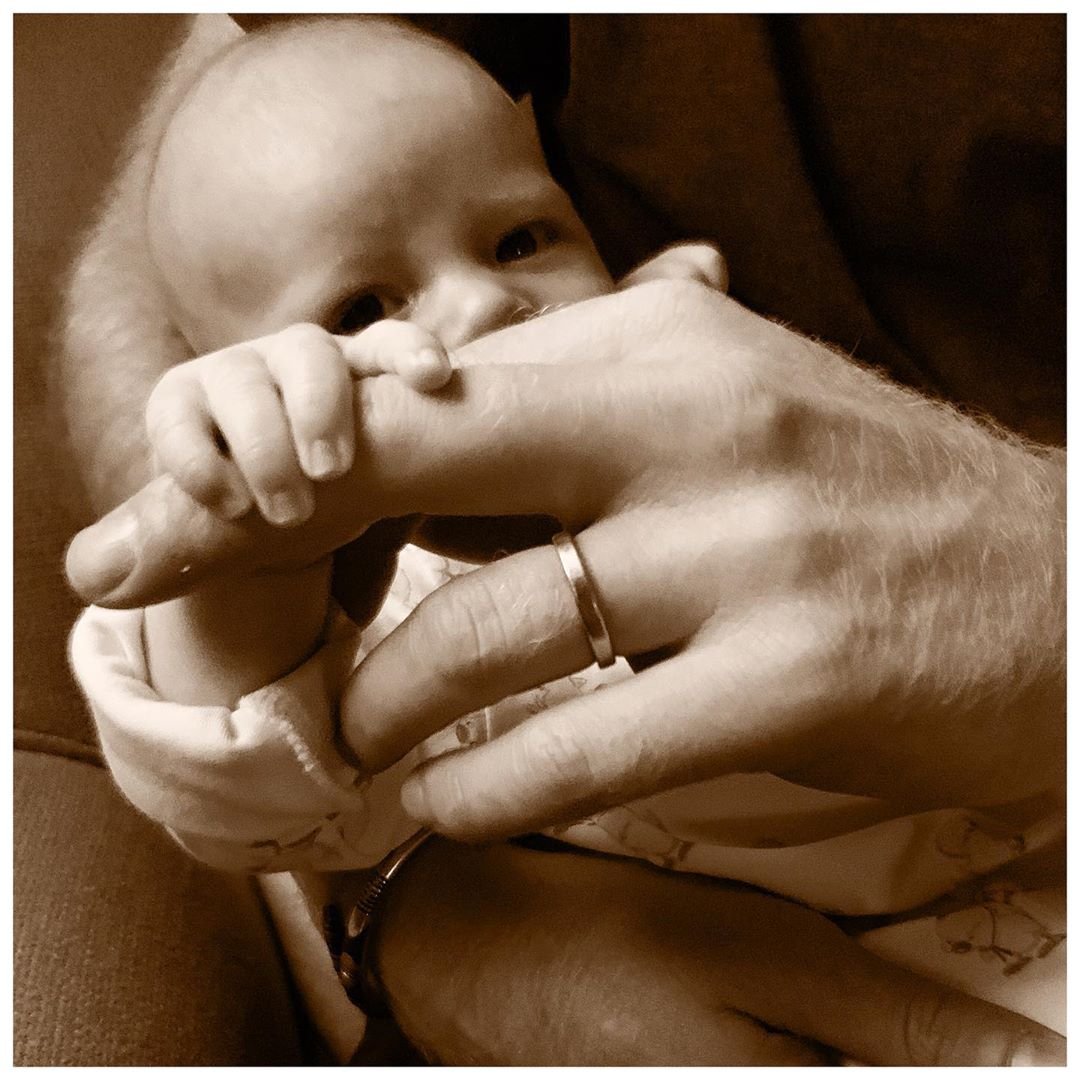 They kept it simple and posted this photo of baby Archie in his father's arms. The caption simply read, "Happy Father's Day! And wishing a very special first Father's Day to The Duke of Sussex!"

Of course, not everyone was happy. 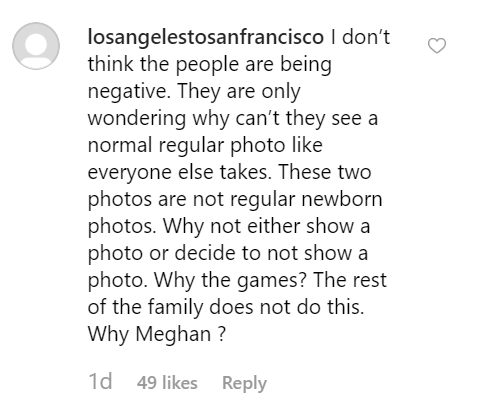 There were fans who were a bit miffed that they hadn't seen a photo of baby Archie's full face yet — only partially obscured, like this one.

People stuck up for them. 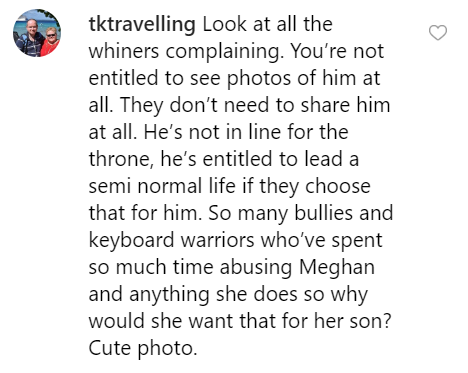 Some people rightfully pointed out that the Internet at large had been very cruel to Meghan when it was revealed that she and Harry were getting married. She probably wants to avoid the same fate for her son!

People were quick to point out that the decision is solely on Archie's parents. 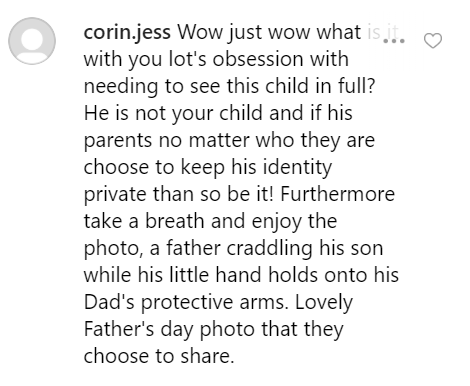 You probably wouldn't harass your friends if they chose not to post any pictures of their children online, and the Royal families deserve the same basic decency.

Father's Day aside, the photos were definitely cute. 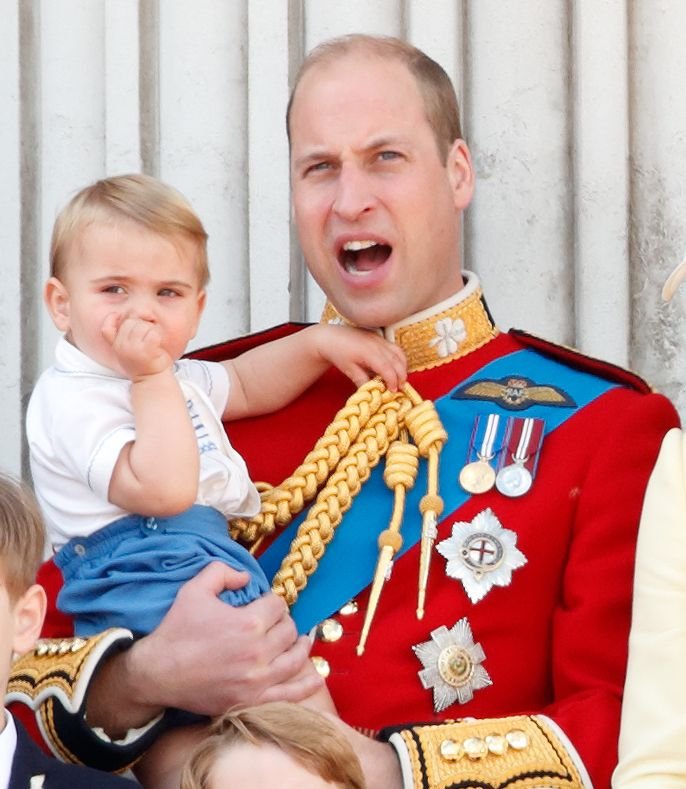 Let us know what you thought of Kensington Palace's Father's Day Instagram tribute to Prince William and Prince Charles.