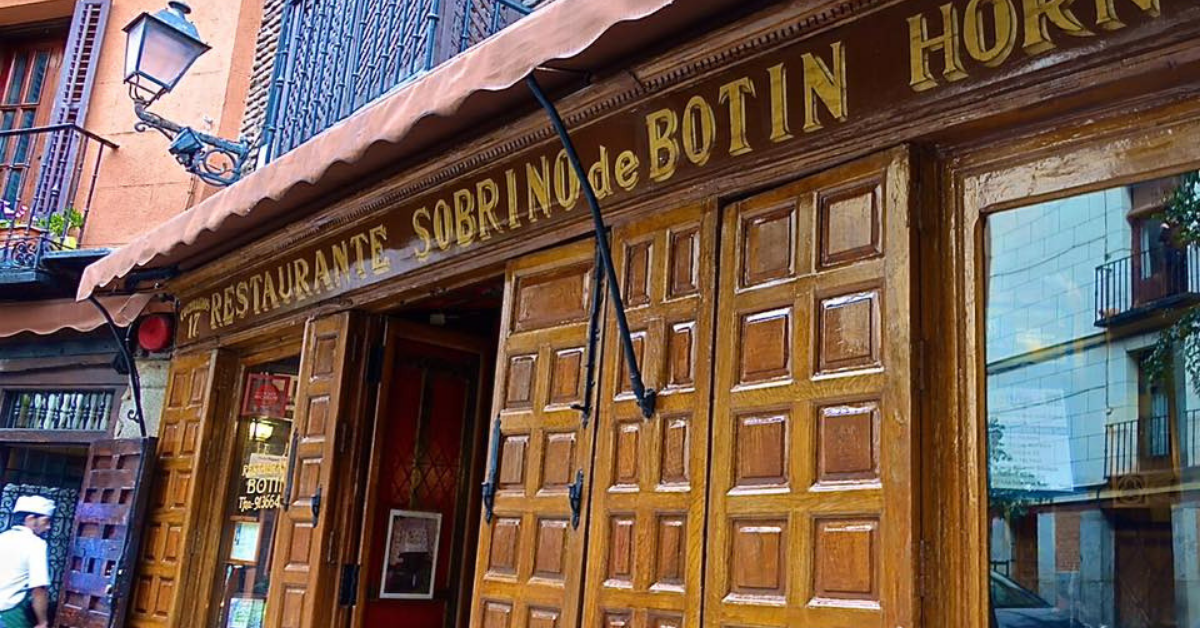 Many chefs will tell you that if you can go anywhere in the world to eat, go to Spain. There's more to it than just paella, although I'm sure the paella is excellent, too.

But if there's any single encouraging sign that Spain is an eater's paradise, it's that it's home to a restaurant that opened its doors almost 300 years ago and has never shut the ovens down in all that time.

Despite a civil war and two world wars, Restaurante Botin has been serving the good people of Madrid for nearly three centuries. 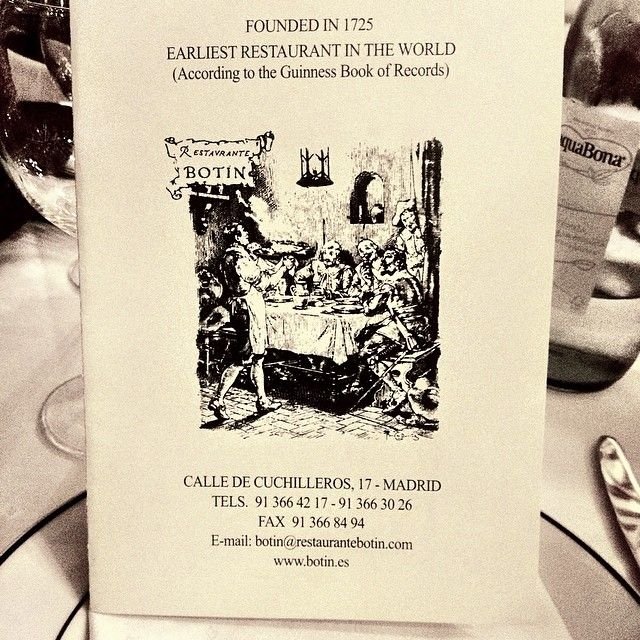 Restaurante Botin been recognized by the folks at Guinness as the world's oldest, having first opened its doors in the 18th century. The restaurant's founder, Jean Botin, first started up the ovens in 1725!

Jean Botin's dream was to cook for the Spanish royal court. 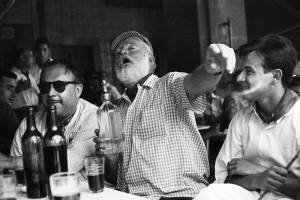 And, over the years, the restaurant has served all kinds of luminaries, including painter Francisco Goya and writer Ernest Hemingway, as well as royalty and politicians from around Europe.

Now, it's as much a draw for tourists as it is beloved by locals. 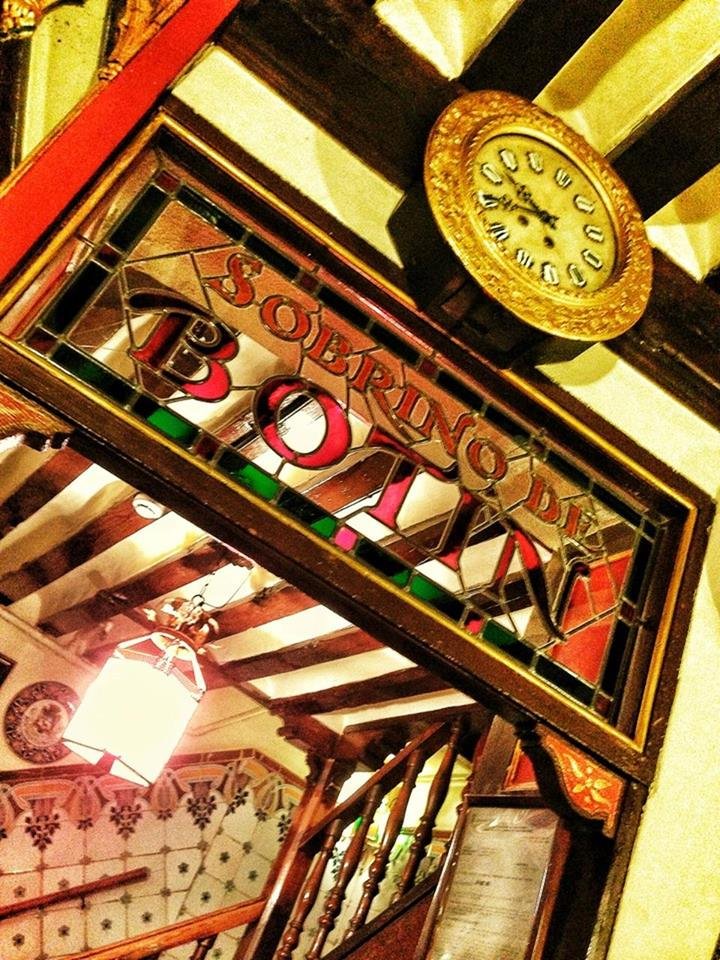 Part of its appeal is the history, of course, and that history goes into the food as much as the building. Jean Botin and his wife died childless, so the restaurant passed to his nephew (sobrino), which is where it got the name Sobrino de Botin.

In the early 20th century, it passed into the Gonzalez family, who have been passing both the building and the recipes down through the generations ever since.

The signature dish is a suckling pig, served quite simply with roasted potatoes. 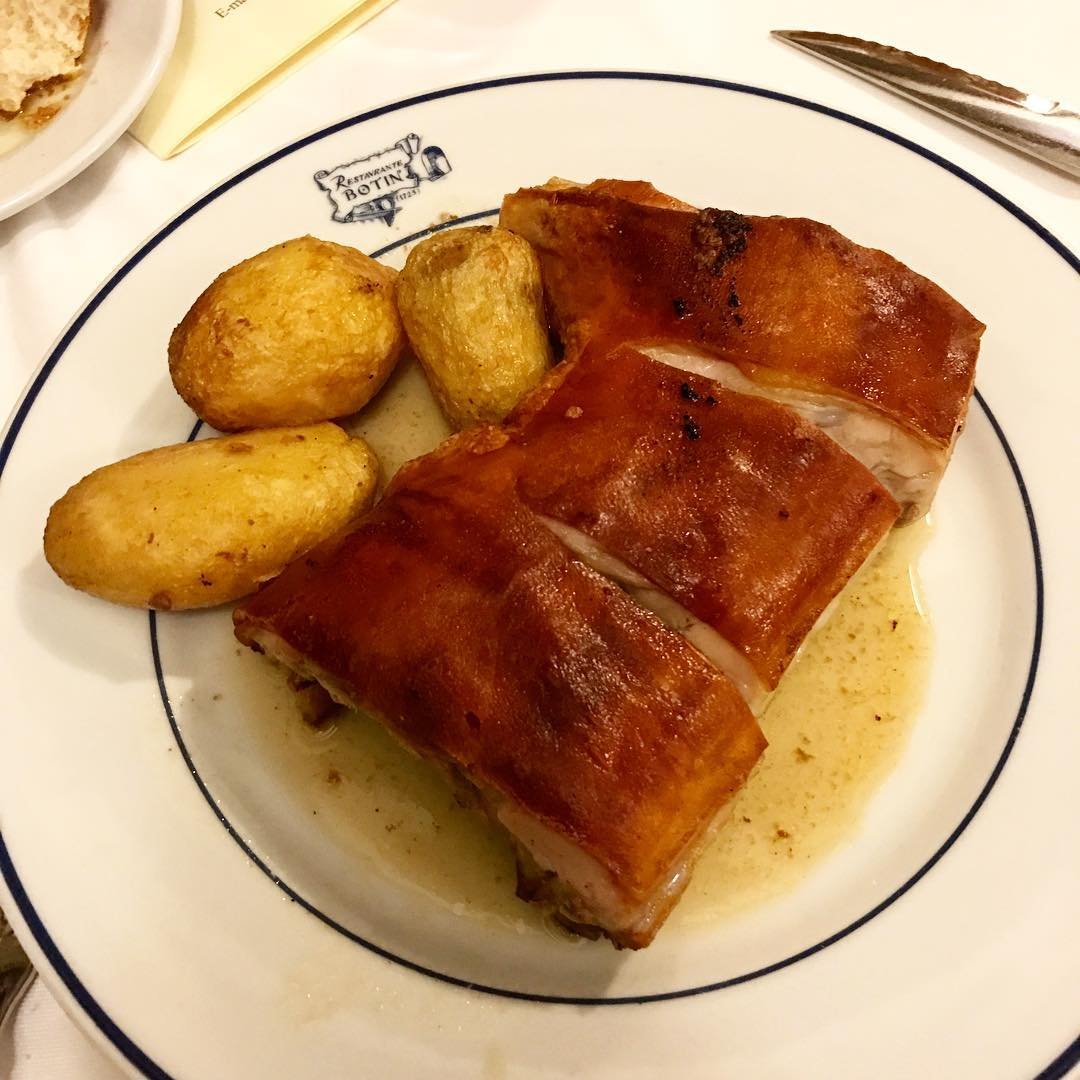 Hemingway was a huge fan and wrote about Botin's suckling pig in The Sun Also Rises.

"New restaurants today boast very sophisticated dishes," says Botin's deputy manager, Luis Alvarez, "everything very designed, with drawings. We can't do that. We will serve you a hearty suckling pig with some good potatoes and a serving of good Spanish ham."

And the key to that succulent signature dish is that oven that never goes out. 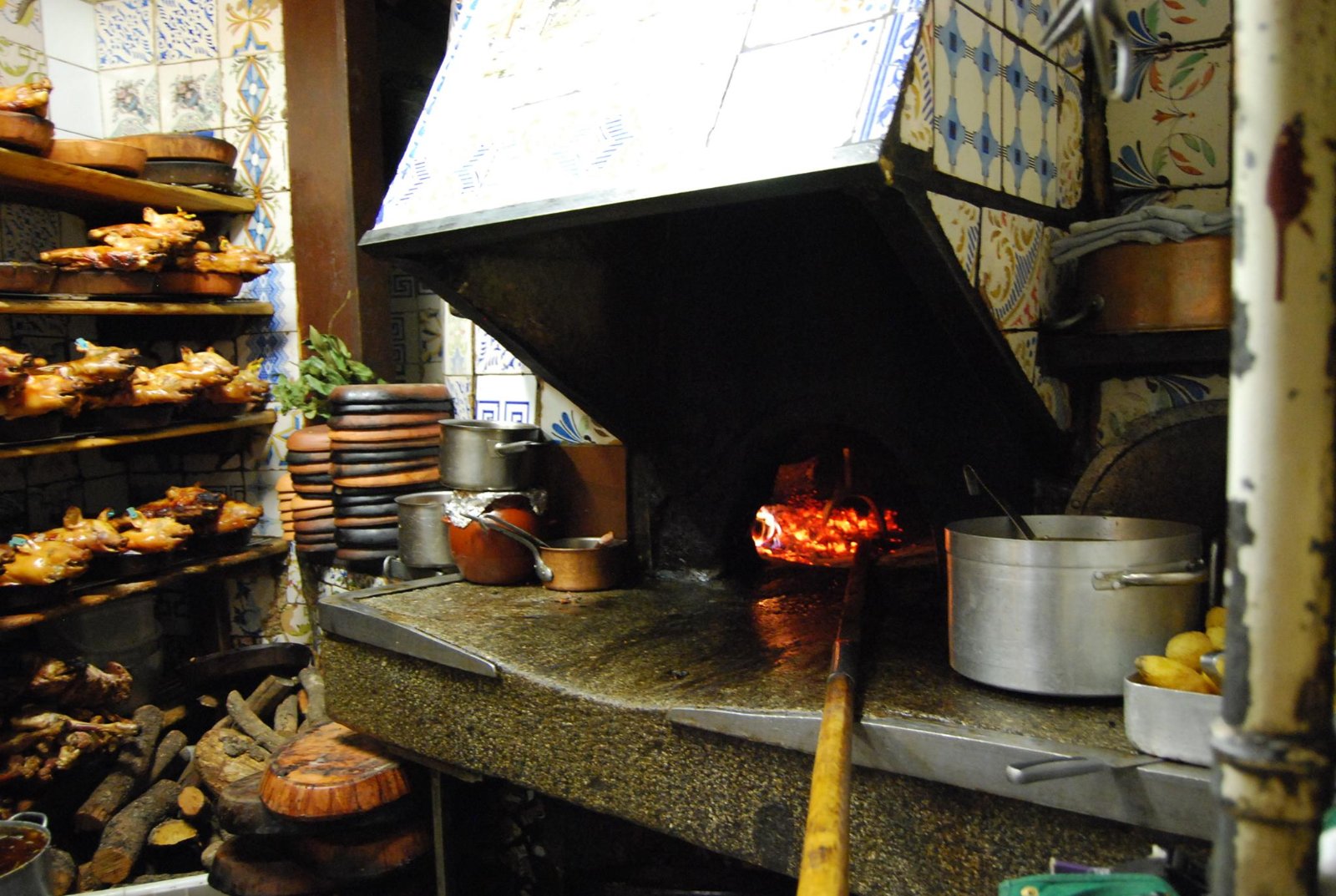 "It needs to keep hot at night and be ready to roast in the morning," Alvarez says. "That's the reason why we must never put it out. There is a special aroma in there, it's truly incredible...The suckling pig is special, the skin is really crisp and the holm oak wood gives it a final touch."

Botin also makes good use of its building, which dates back to 1590. 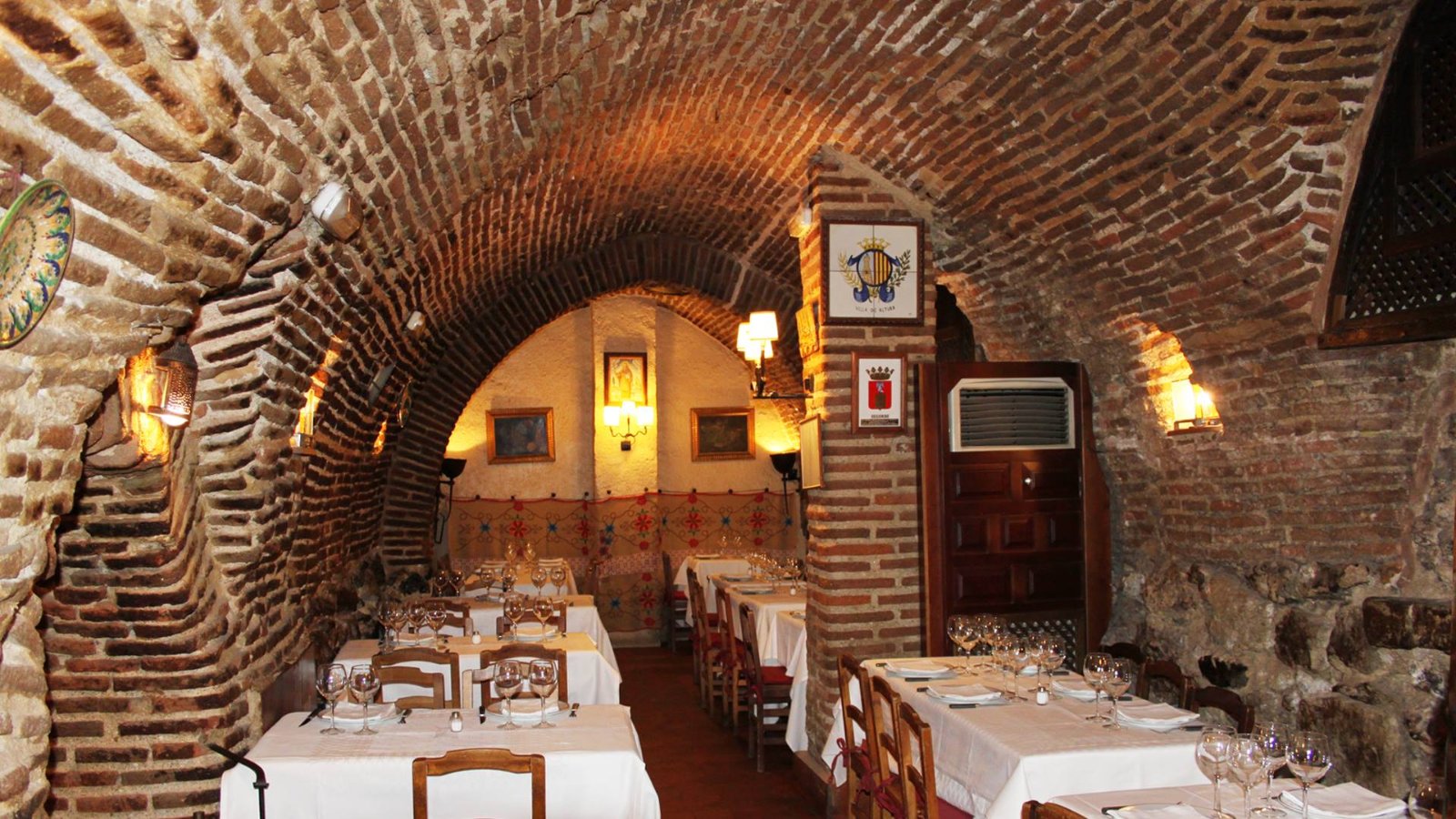 For Jean Botin, the four floors represented an opportunity to run a small inn as well as a restaurant. Now, the restaurant spans all four floors, with the upper floors light and airy, decorated to the nines with traditional Spanish artwork, while the ground floor is home to vaulted archways and brick work. Below all that is a cave-like wine cellar.

And they'll play up the Spanish charm all they can.

Because it's more than just a meal at Botin, some nights your dinner will get a musical accompaniment.

So it's no wonder that everyone behind Botin's success are proud of their accomplishment.

Keeping a restaurant in business for a few decades is a big deal — managing nearly three centuries of success — never mind keeping the fires burning in the oven for that long.

Take a tour in the video below!