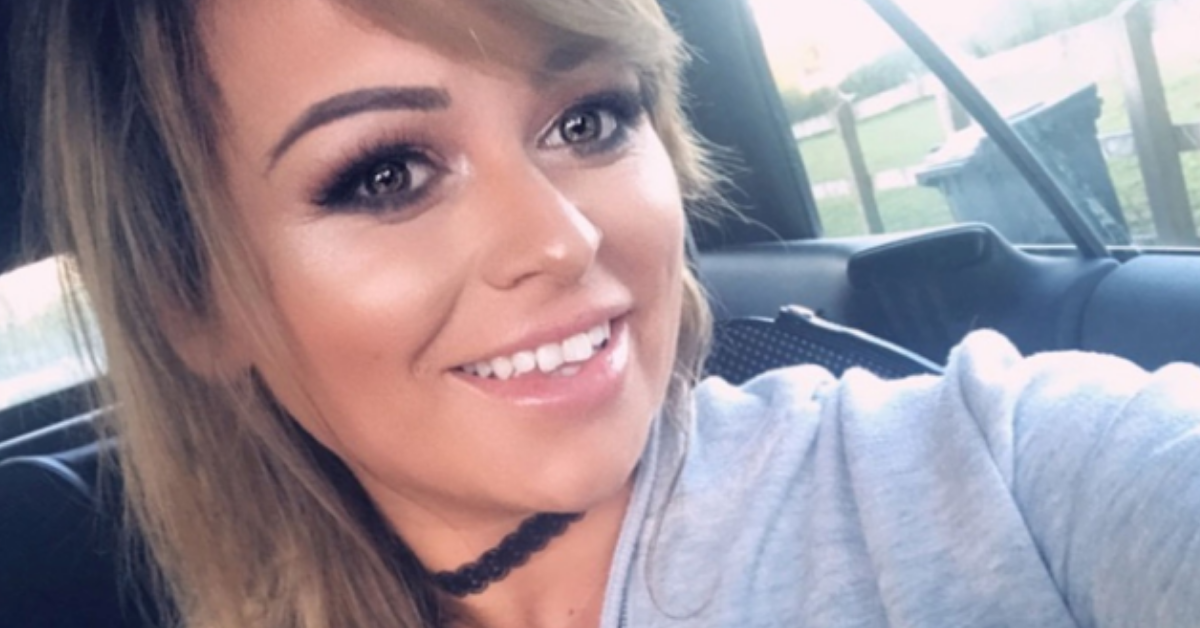 Woman Fears For Safety After 'Catfished' By Four Men On Tinder

Experiencing true 'womanhood' can mean a lot of things, but unfortunately, having to consider your safety at all times is one of them.

Whether it's walking home from class at night or simply going out for a drink with some friends, women are much more vigilant and aware of their surroundings than they should have to be, for fear of getting attacked.

Dating really isn't how it used to be. 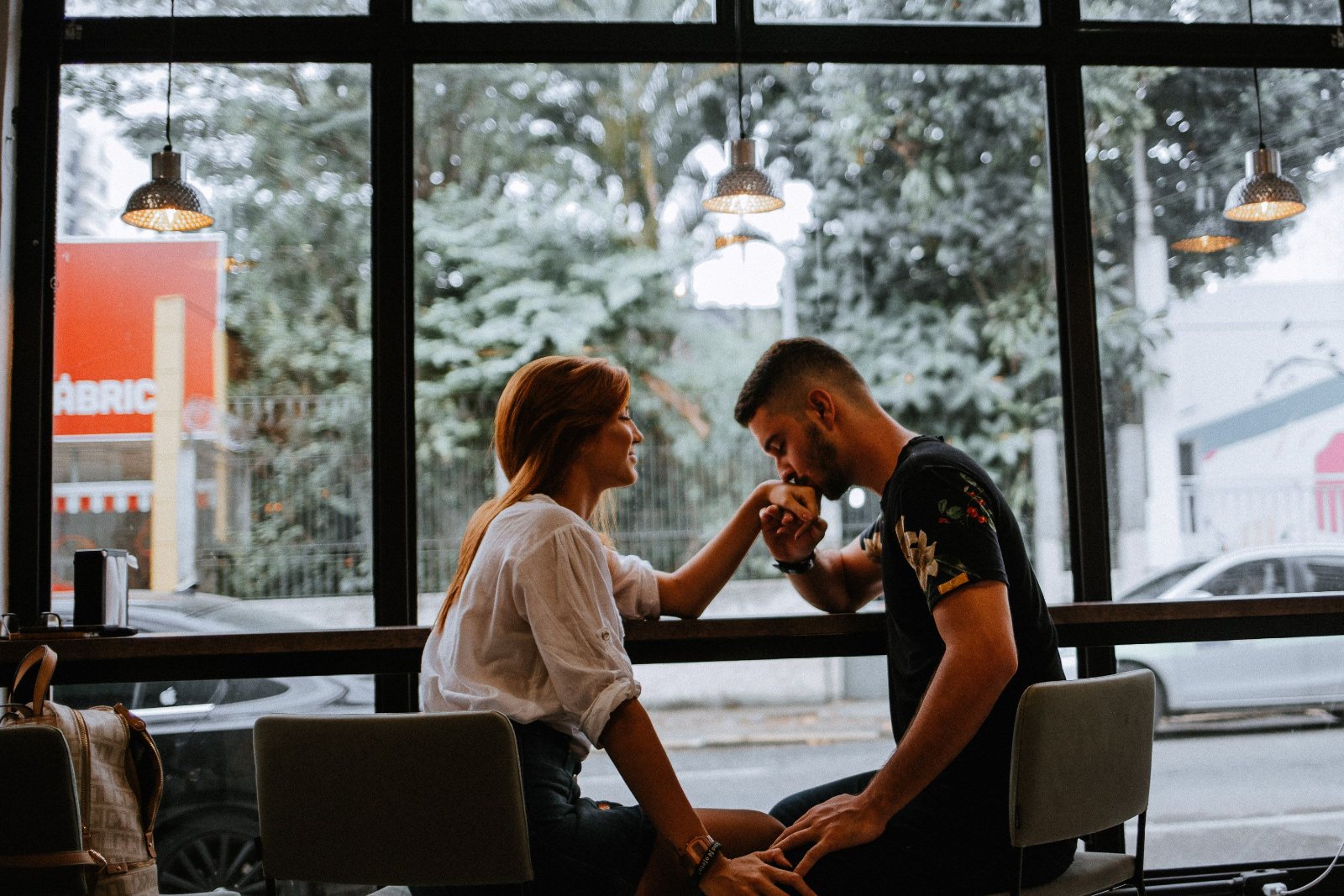 Our parents tell stories about how they met one another at dance clubs and coffee shops and sitting beside one another on city buses.

Back then, if a man walked up to you and offered you a drink, it meant he wanted to get to know you.

If a man walked up to me in a bar and offered me a drink today, I would assume he was trying to assault me.

The world of online dating makes these issues all the more complicated. 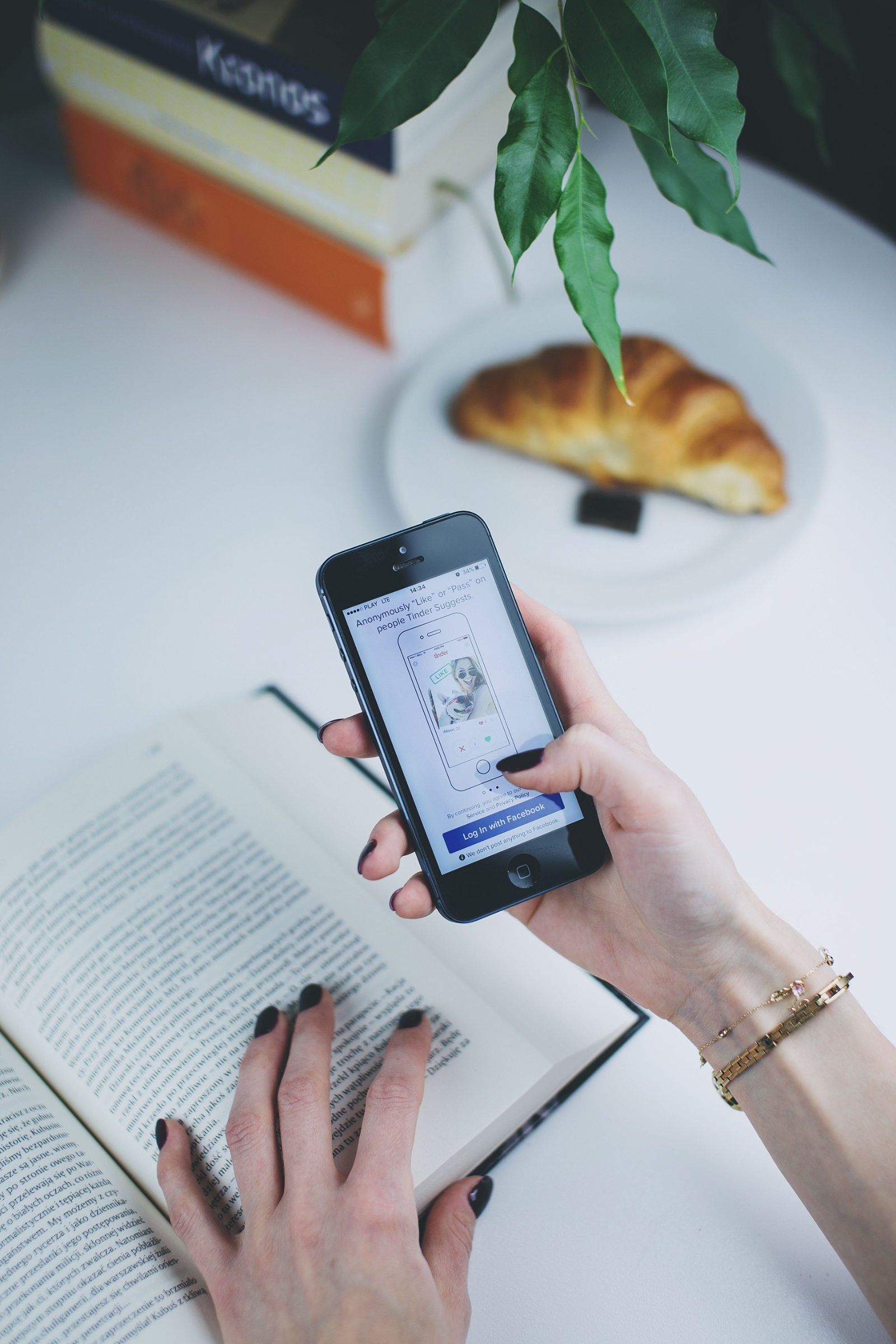 One one hand, the mere convenience and quantity of choices makes online dating pretty worthwhile. Why would I wait around a coffee shop for an afternoon hoping to see someone I'm attracted to when I could swipe right from the comfort of my own home?

Amy Sharp thought of herself as pretty experienced in the online dating game. 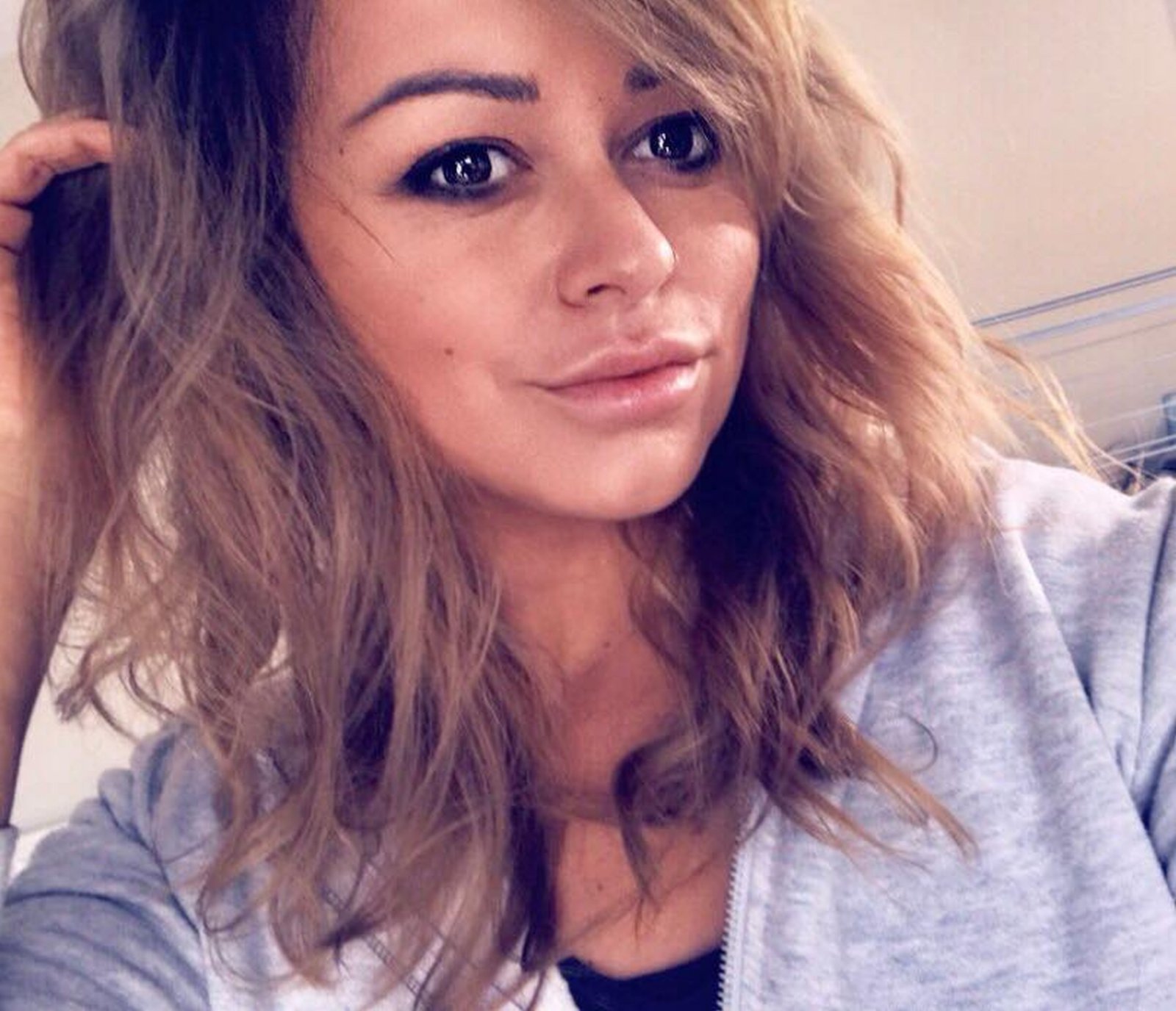 The hairdresser from Chard, Somerset had been talking to a man named James for three weeks before she had agreed to meet him in person.

That's a decent amount of time compared to how long people usually wait for that kind of thing, so right off the bat, she was being as cautious as she could've been.

She agreed to meet James at 9PM on Wednesday.

When she arrived at where the two of them were supposed to meet, four men got out of a white Mercedes from across the street and began walking towards her.

None of them looked like the man from the profile whom she'd been talking to, so she decided to call James' phone in case he was stuck in traffic.

One of the men's phones lit up, meaning that the photos on James' profile were fake. 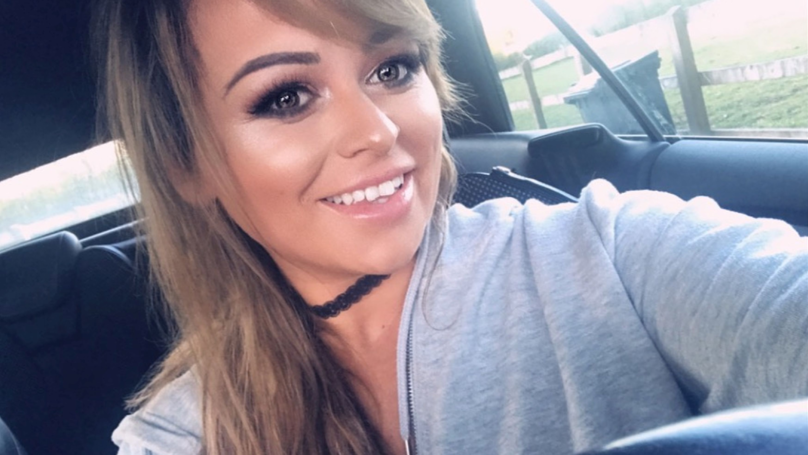 Realizing she had been tricked, Amy drove off without interacting with the men and immediately phoned the police.

"With all the Ted Bundy stuff, I know it's really extreme, but you just don't know how far it's going to go," she explained, "The more I think about it the scarier it is. It was obviously calculated. I don't want to know what would have happened if I got out that car.At the end of the day, there were four blokes there and I'm only 5 ft. 3."

"Let's be honest, they weren't all coming for a drink." 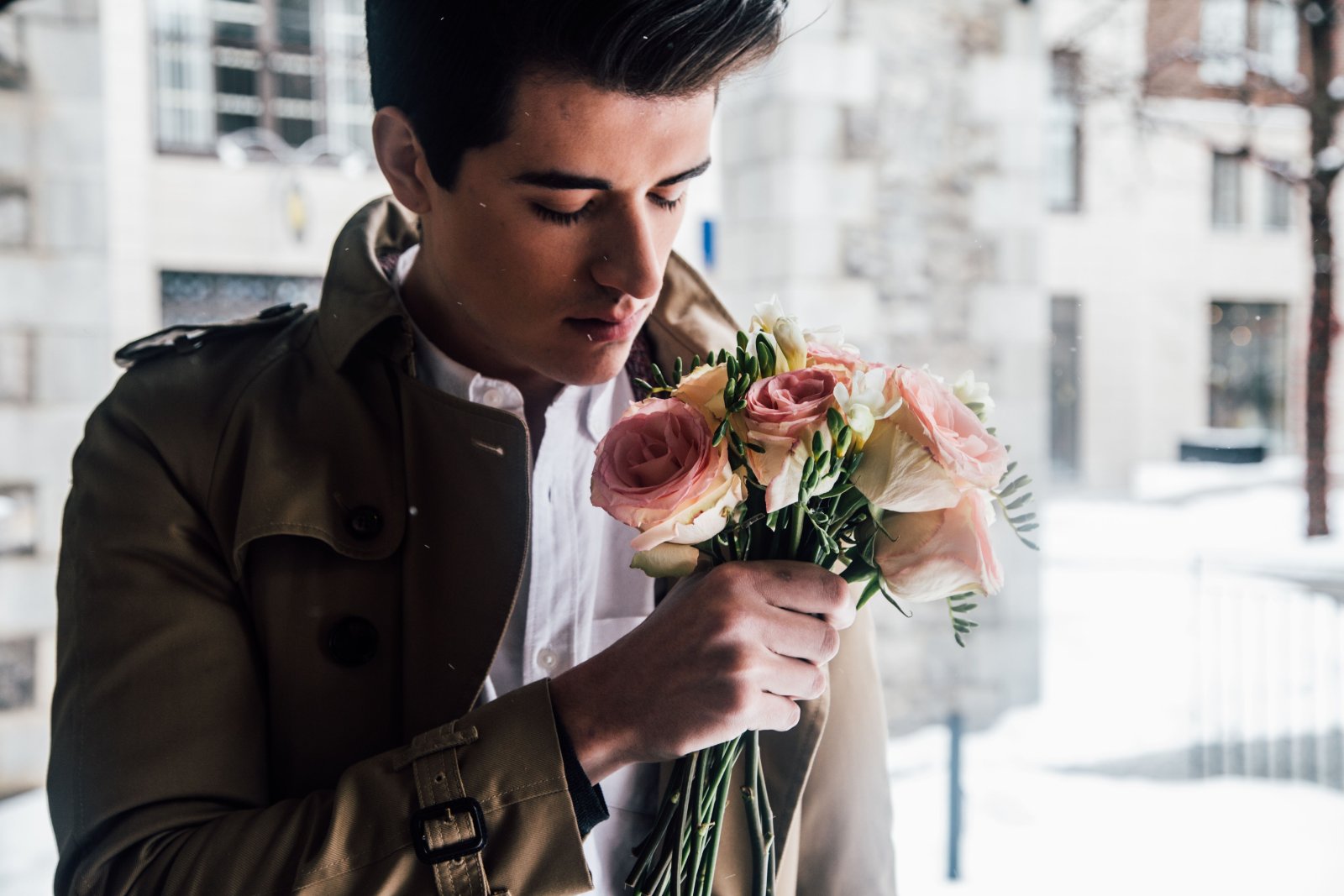 Amy says that she doesn't know what would've happened if she had stayed, but that it wouldn't have been good.

"Four blokes going to meet one girl on her own. I don't know what they were planning on doing. They weren't all going to take me for dinner. I'm not saying he was going to murder me, but at the end of the day, he gave me a fake name."

Using a fake profile or identity "to forge a romantic relationship with someone online" is not currently illegal in the UK. Since the incident, Amy has gotten messages from other girls saying that they've been lured by the same man. 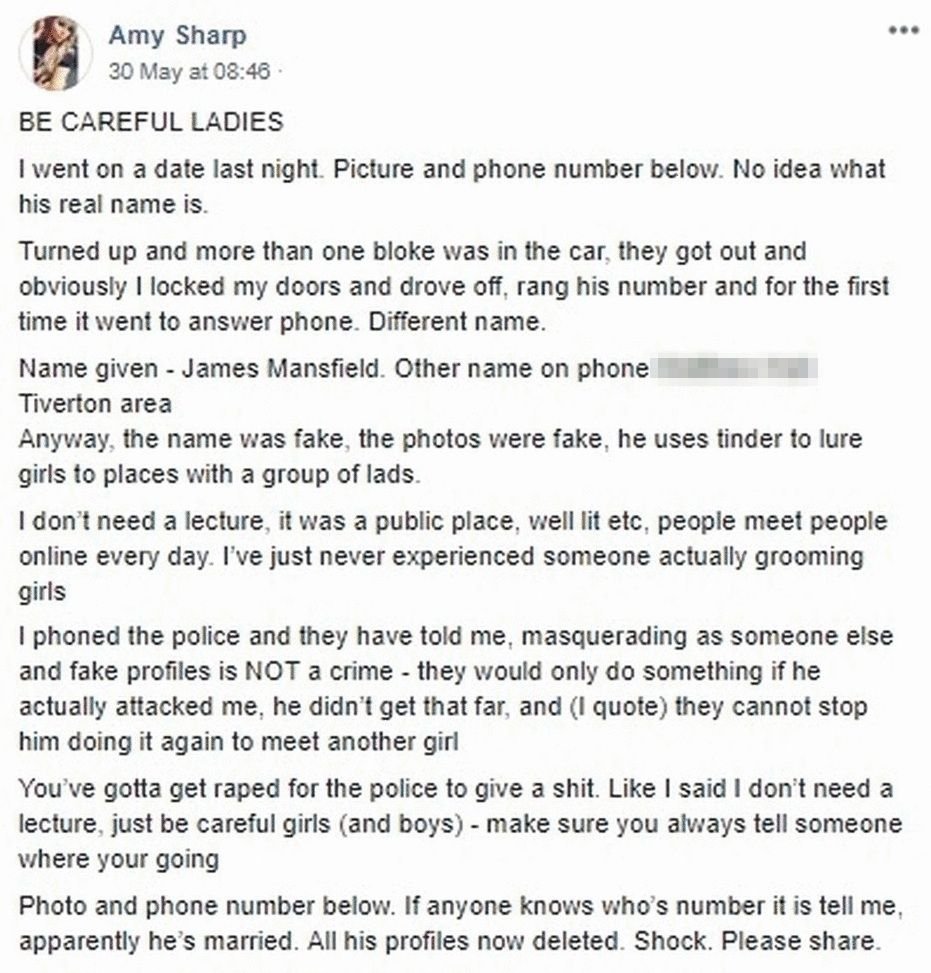 "I've had around seven or eight messages from people saying they had spoken to this guy, but with different names, different place, same picture," she explains, "People need to know this is going on."

Amy is using social media to share her story, in an attempt to ensure that the women in her area are not tricked in the same way she was.