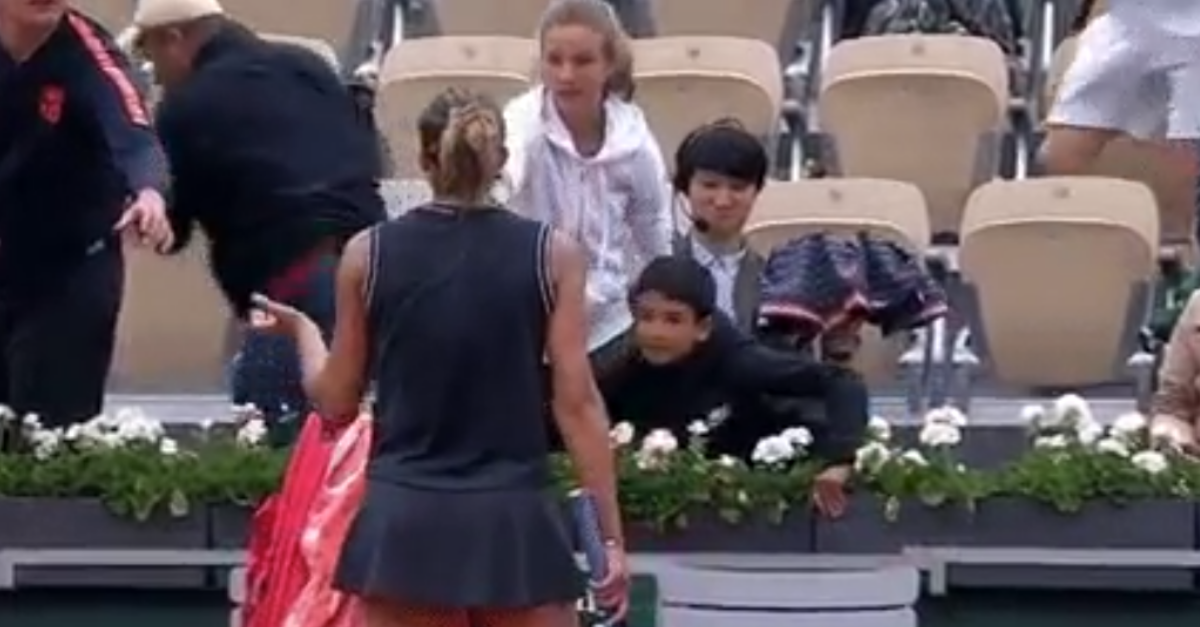 In many sports, players will often find that there's some little thing they can do that has a massive impact for lucky fans they encounter.

In baseball, players will sometimes chuck foul balls that don't make it into the stands to eager spectators, especially if the one they're throwing it to happens to be a child.

Unfortunately, some people are so excited about a ball coming their way that they either don't notice the kid or dismiss them before snatching it themselves. It's not a popular thing to do, but people still do it.

And based on what's been going on at the French Open lately, it seems that tennis isn't immune to this problem either.

After U.S. star Madison Keys beat Katerina Siniakova in the fourth round of women's singles, she noticed some fans over by her stuff. 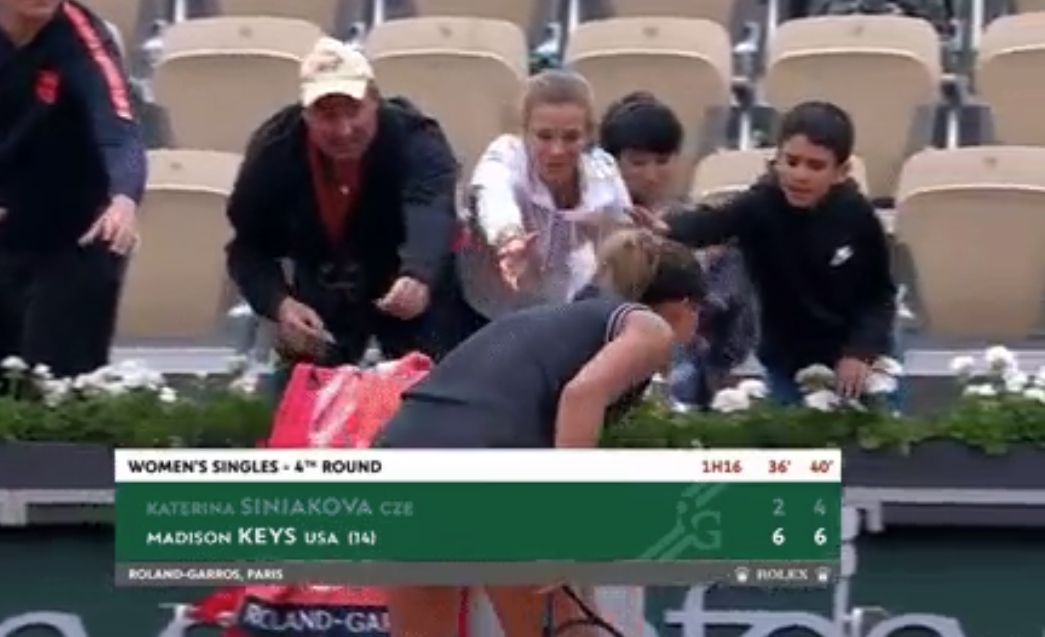 Sometimes, players will give these fans their towels as a memento of their experience and Keys was happy to carry on that tradition.

So she reached to hand her towel over to a small boy in attendance. 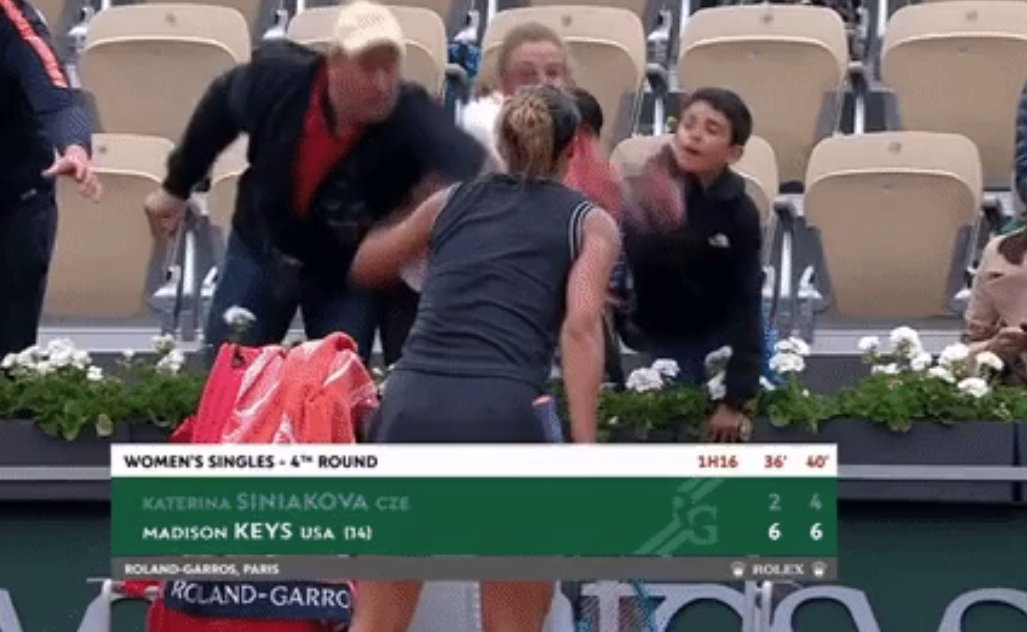 It would seem to be pretty clearly earmarked for him, but this apparently didn't matter to the man two seats over, who quickly snatched it from the kid's hands.

The child tries to keep his grip on the towel, but the man quickly overpowers him. 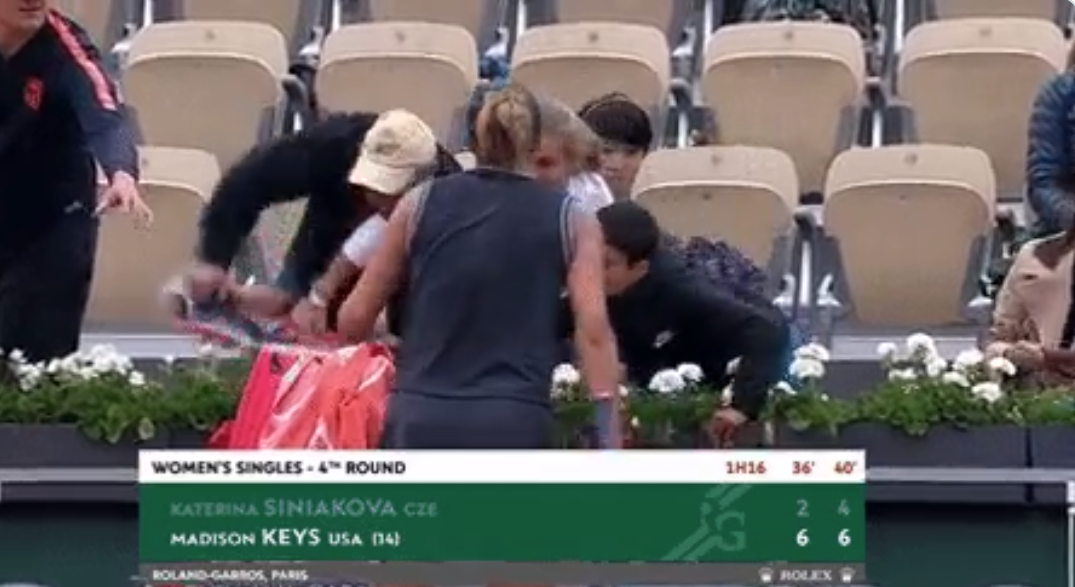 As soon as he has his prize, he starts to slink away from the scene.

Although we can't see her face, Keys' disappointment in the man's behavior is palpable. 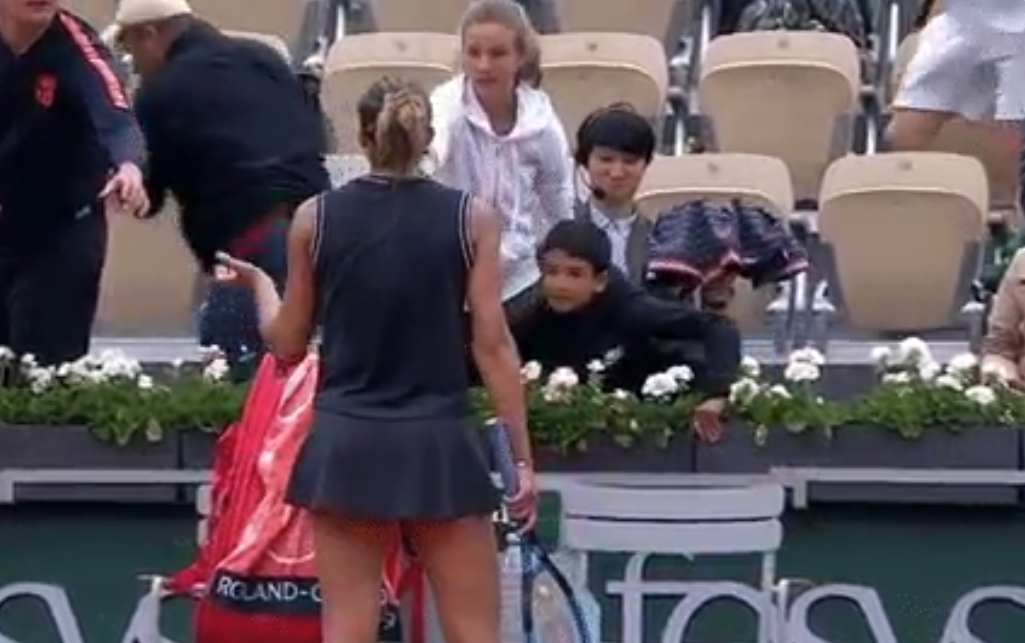 If there's a universal sign for disbelief at somebody's audacity, we can clearly see her demonstrating it right here.

A clip of the incident was released on Twitter by user @Galloots, who called it "shameful."

As he put it in a follow-up tweet, "No place for this in tennis...or any sport."

Before anyone became too bummed out, however, Keys herself responded to the footage.

Apparently, she was able to give the guy a stern talking-to and the child ended up with a towel of his own.

Another user had a suggestion for a fitting souvenir for the man responsible.

The question, of course, is whether the guy still would've sneaked away with it after the racket made contact.

I think we know the answer, though.

And as @Galloots said, this isn't the first time this has happened at this year's French Open.

Another grown man shamelessly wrestled a towel out a kid's hands, but the player in this case reportedly had a spare one for the youngster.

Can nobody just let the kids have their moment? Is it so impossible?