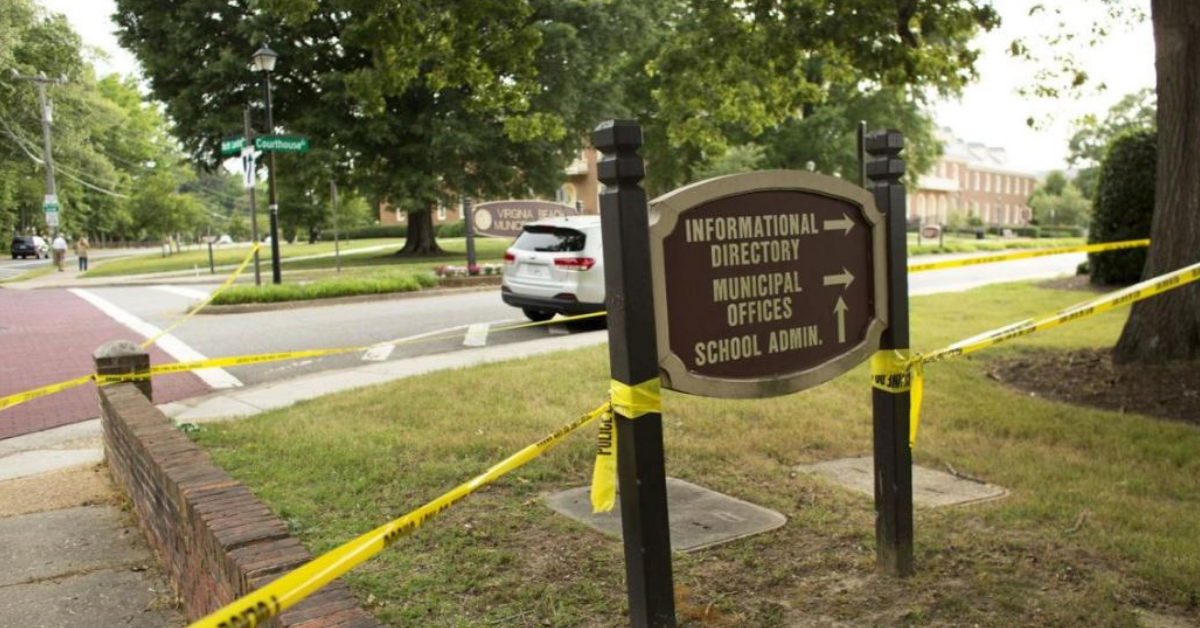 On Friday, a longtime city employee entered the Virginia Beach Municipal Center armed with a gun and opened fire, fatally shooting 12 people and injuring four others before he was taken out by police, The Virginia Pilot reported.

The gunman has been identified as DeWayne Craddock, a long-time engineer with the city. 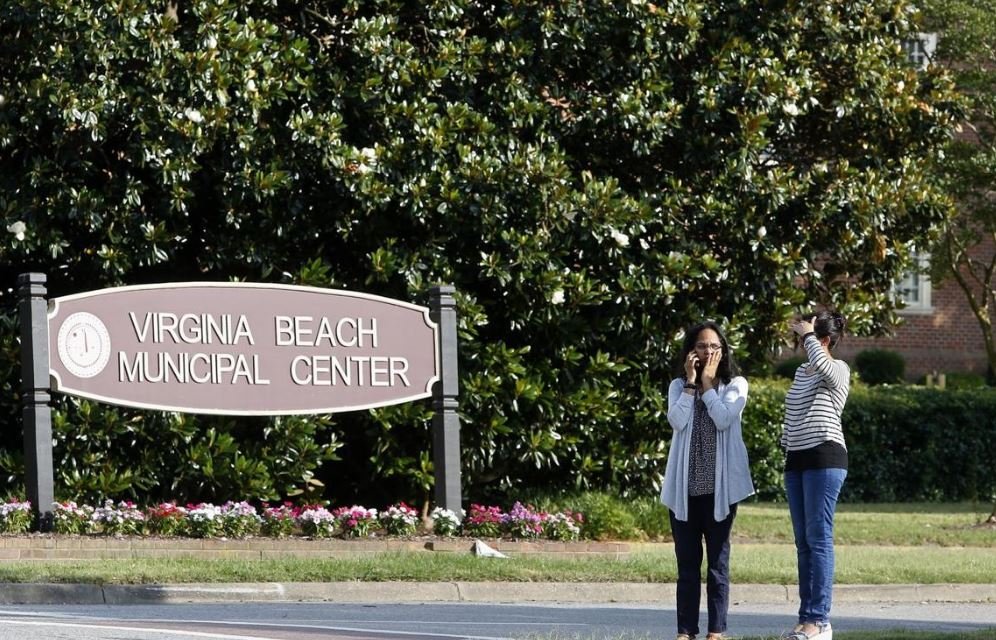 Gunfire inside the public works building began at around 4 pm on Friday afternoon, as most employees were preparing to head home for the weekend.

The shooting took place inside building 2 where the planning, public utilities, public works departments and others are located. There are also reportedly about 400 employees typically working inside this building.

Many of the employees inside the building work out of small offices that are typically unlocked. 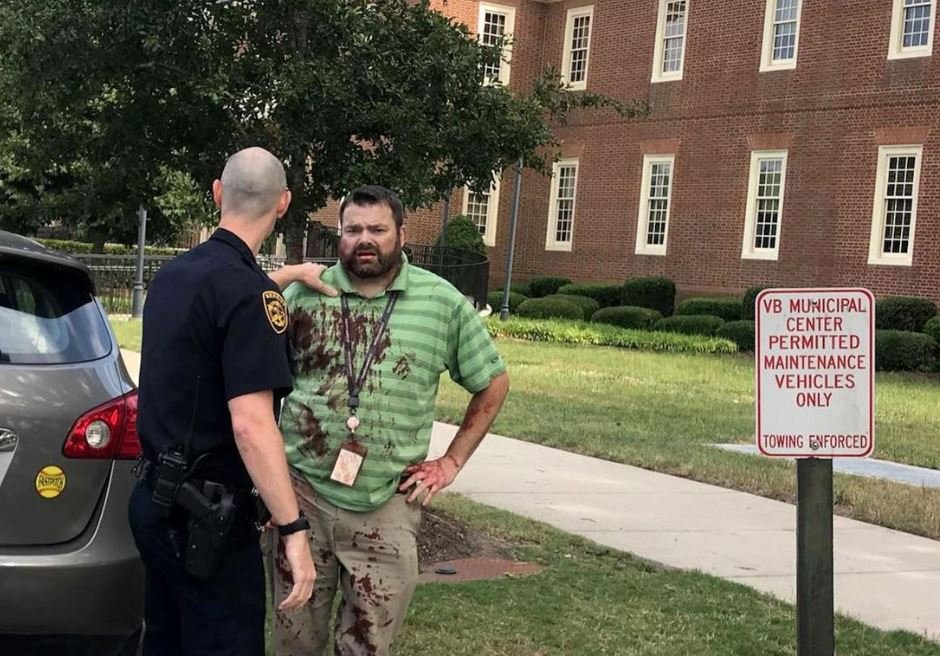 Craddock, armed with a .45-caliber handgun fitted with a silencer, first shot someone in a vehicle in the parking lot before heading inside the building to carryout the rest of the shooting.

Four responding officers found Craddock and initiated a long gunfight before he was eventually shot. During the shootout, one officer was shot but was saved by his bulletproof vest. 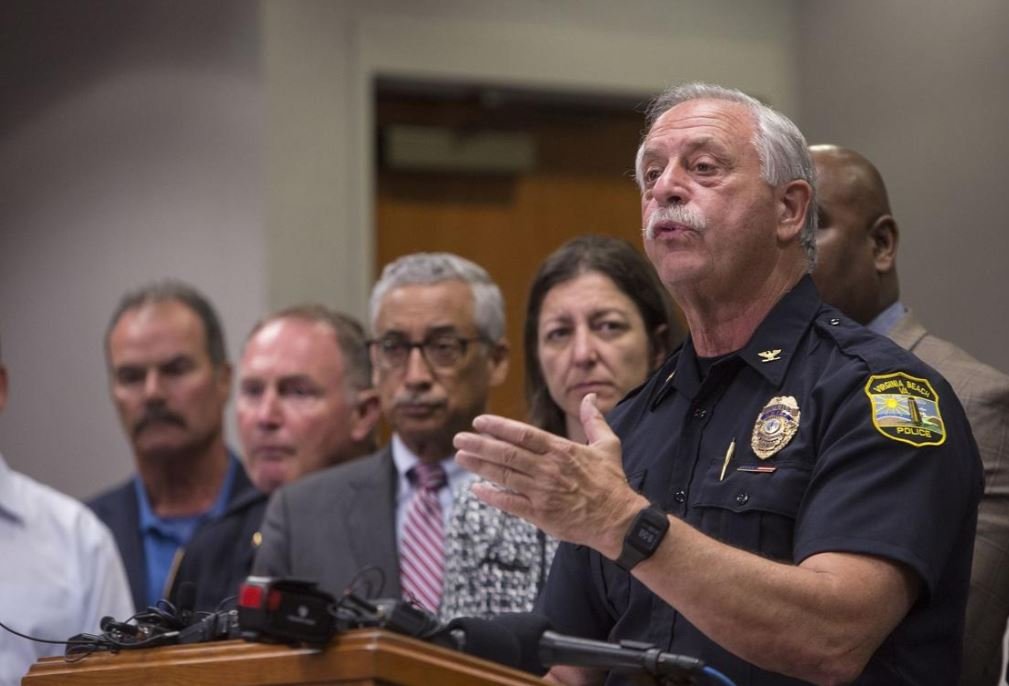 In a press conference held hours after the massacre, he told reporters that police had found victims on every floor of the building.

He also said local police are investigating with the FBI and state police, and are also working to identify bodies and contact family members.

Cervera said the four injured during the shooting are currently undergoing surgery. 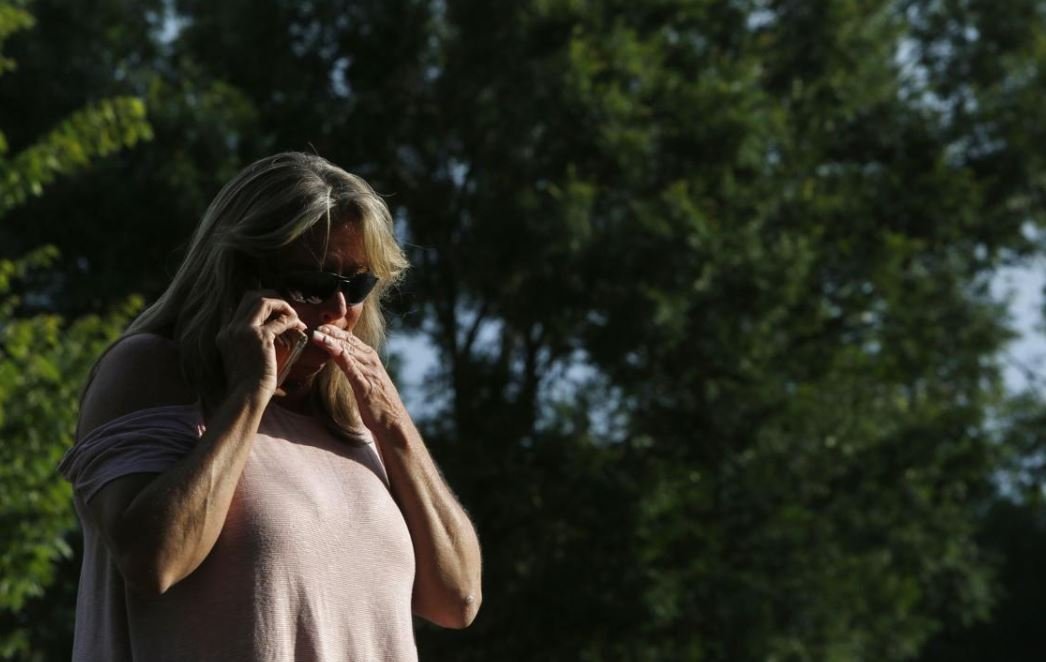 "This is the most devastating day in the history of Virginia Beach," he said. "The people involved are our friends, co-workers, neighbors and colleagues."

The shooting is the deadliest the country has experienced this year, and the worst mass-killing in Virginia Beach history. 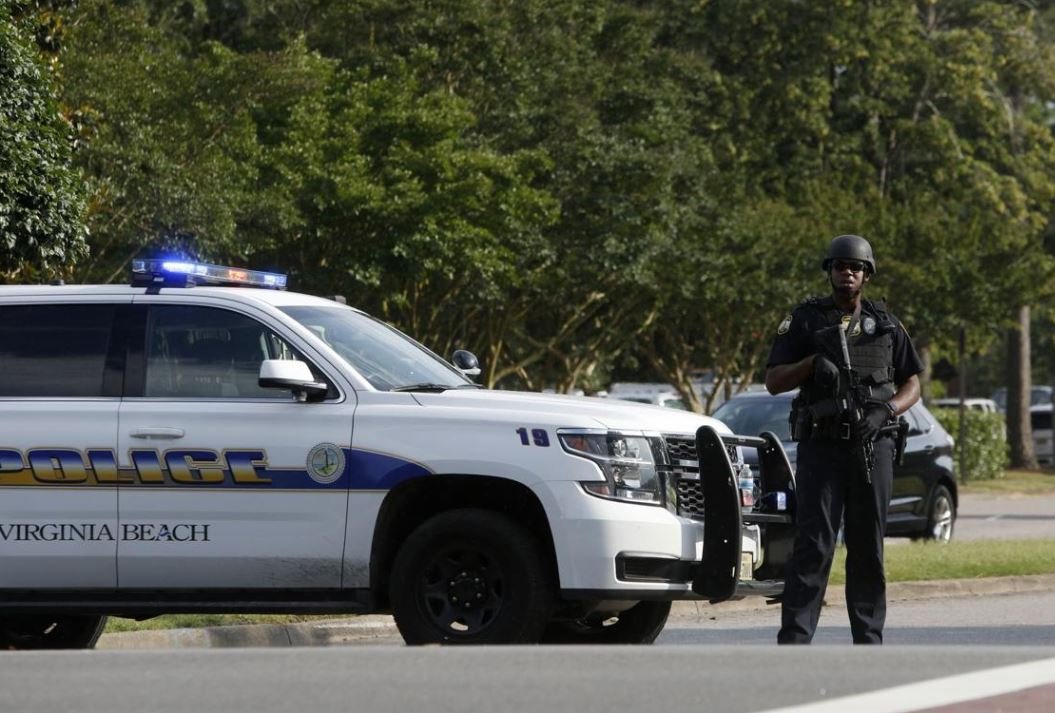 Employees' family members were sent to Princess Anne Middle School to reunite with loved ones.

Paul Swain's received a text from his fiancee just about 4 pm that said, “They are shooting on my floor.” He said he drove to the Municipal Center so fast he was pulled over for speeding, but the officer let him go when he explained his hurry.

Zand Bakhtiari was one of only five people left in the geographic information services department when the shooting began. 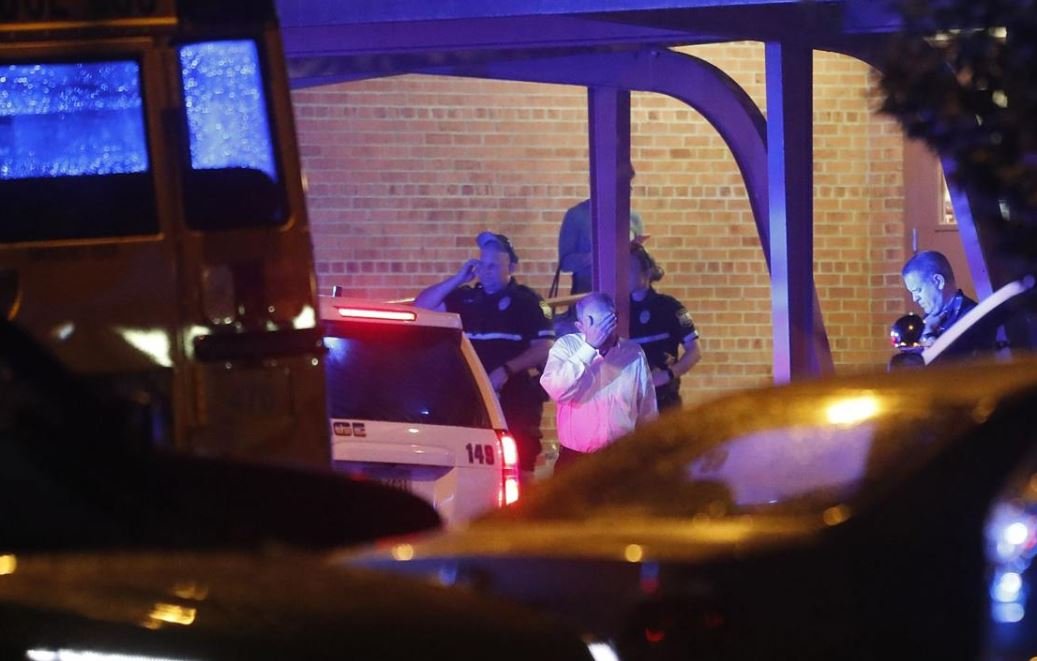 He and his co-workers were informed of the active shooter by their supervisor, who had just left for the day. Bakhitari said he wasn't nervous until he heard the gunshots, which he said sounded like they came from an automatic weapon.

After a few minutes the shooting stopped and the air was filled with the smell of gunpowder. Later, SWAT members escorted them out of the building.

City Councilwoman Barbara Henley arrived at the building just after the shooting started and was told by police to take cover. 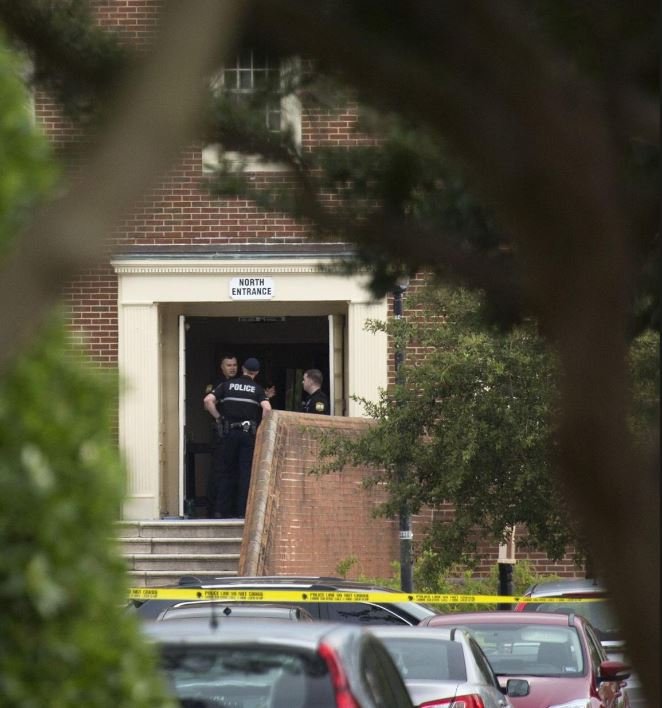 She said the Municipal Center had just recently increased security as a result of the shooting incidents occurring across the country. But, she said, not all the buildings take the same security measures.

Virginia Governor Ralph Northam arrived in the city late Friday night and expressed his sorrow for the victims. 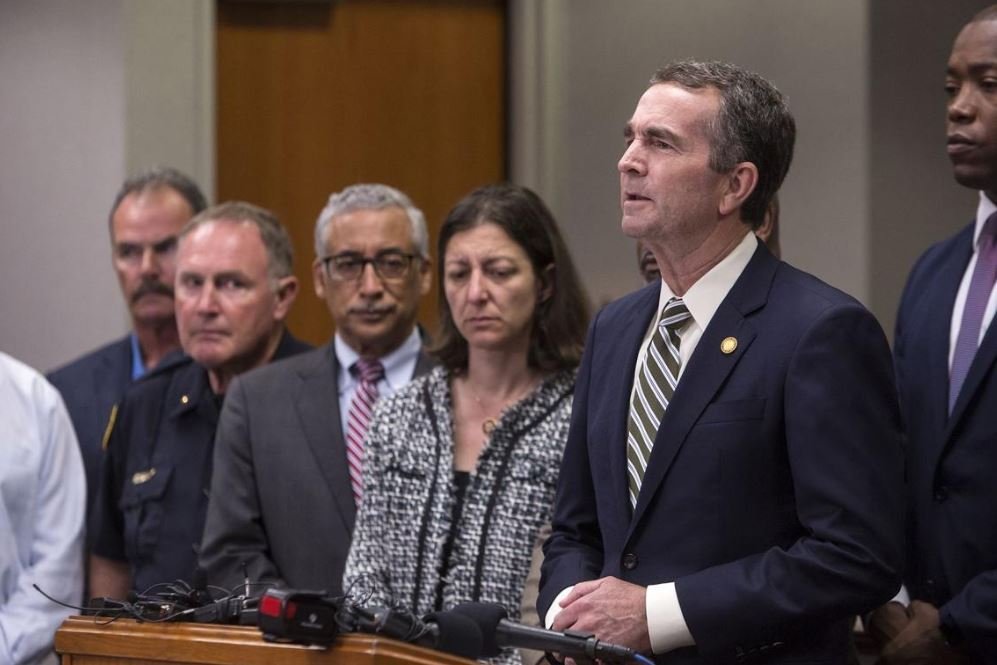 “That they should be taken in this manner is the worst kind of tragedy,” he said. “Their families are facing painful loss and grief. They each leave a hole and a family in their neighborhood, in this community and in our Commonwealth.”