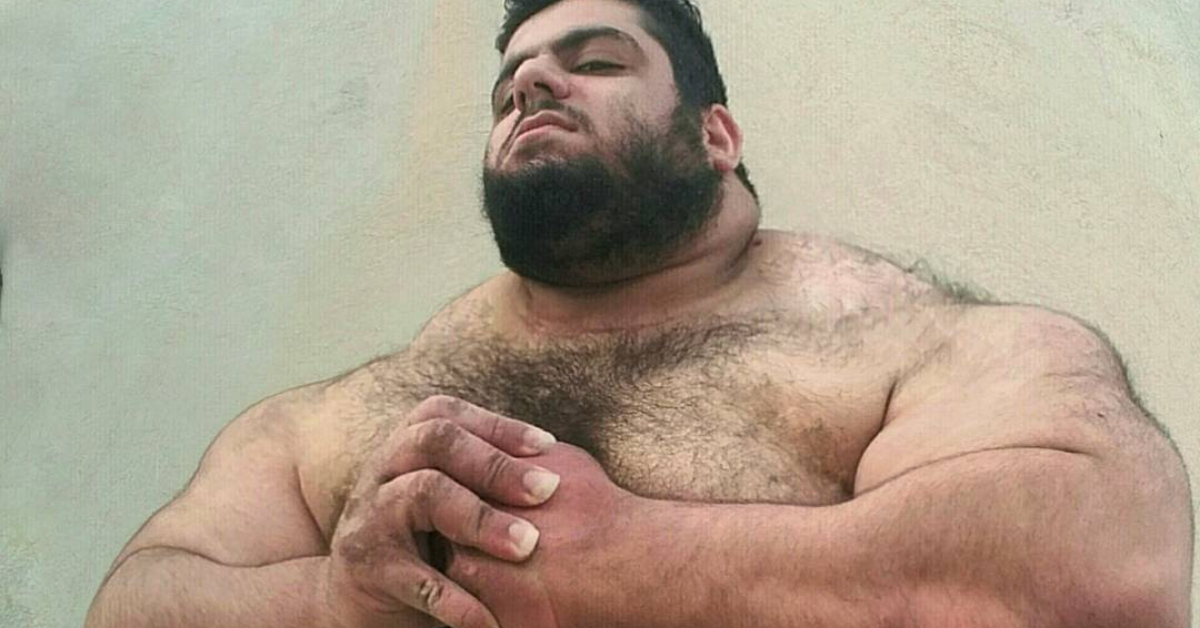 I am not exactly a stranger to the gym, but the idea of swelling my body up to gigantic proportions does not appeal to me. I like to fit my clothing, thanks, and I can't imagine what I would use all that strength for on any given day. I can already open all the jars I need to!

But hey, some folks love to lift weights and get swole — I'm just not sure if they could possibly like it more than this guy.

Sajad Gharibi has definitely earned his nickname, "The Iranian Hulk." 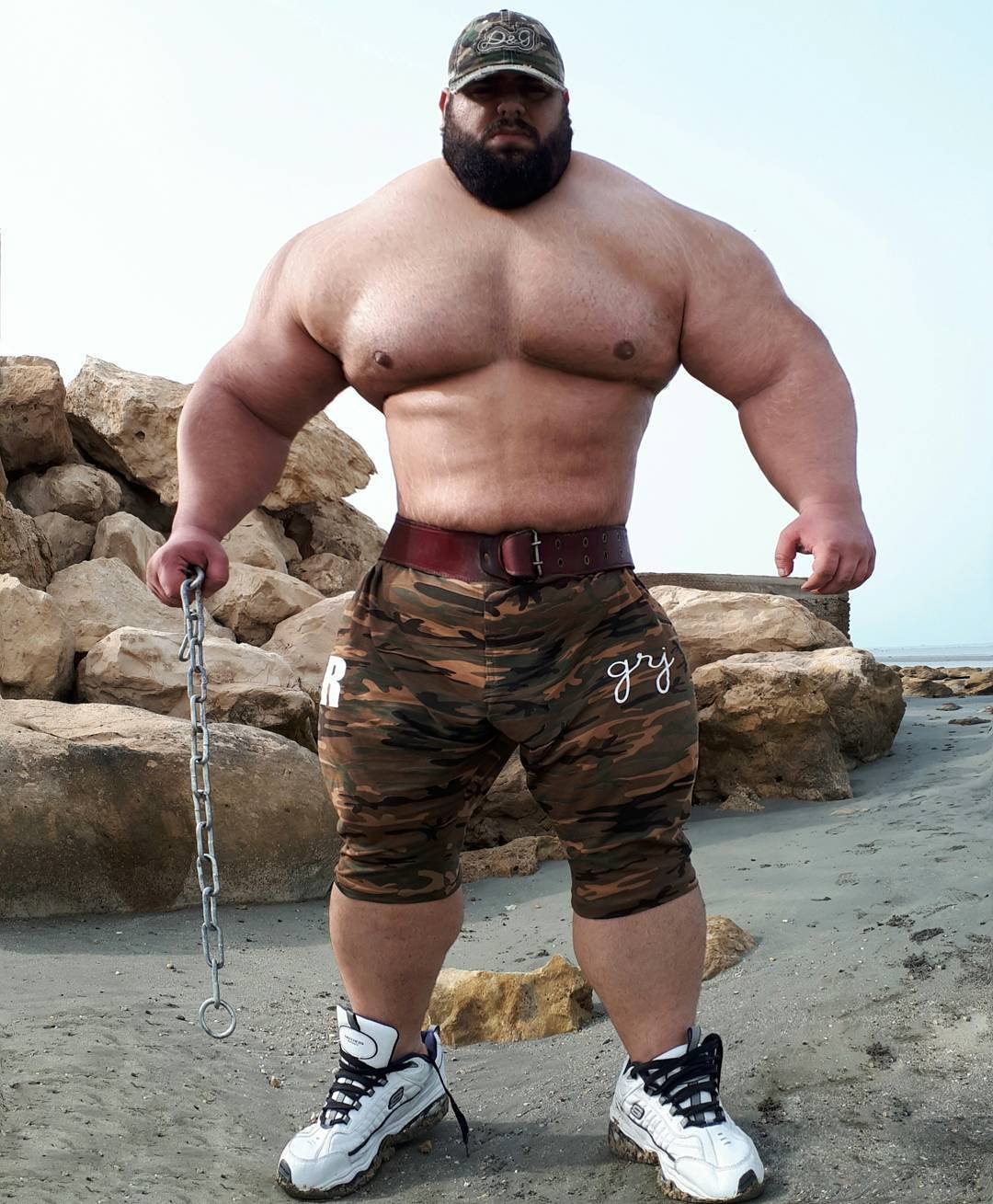 Also his other nickname, the "Persian Hercules."

At 6'2" and a massive 385 pounds, the bodybuilder is certainly an imposing figure, not the sort of person whose shoe you'd want to step on in a crowded nightclub. 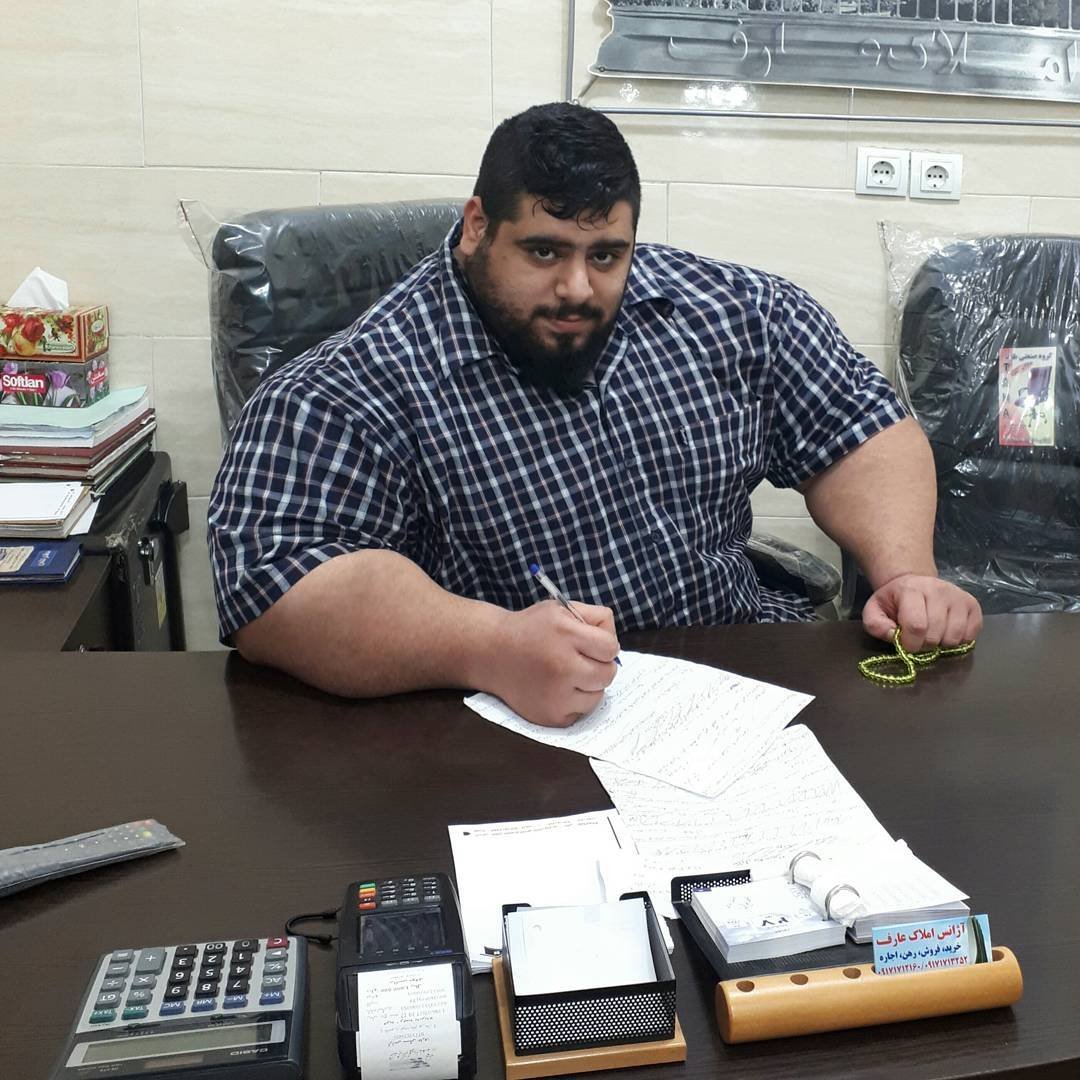 He's amassed almost a half million followers on Instagram, where he shows off his enormous biceps and breakfasts, and squeezes his massive frame into things like suits and cars.

For example, here he is being huge in a suit. 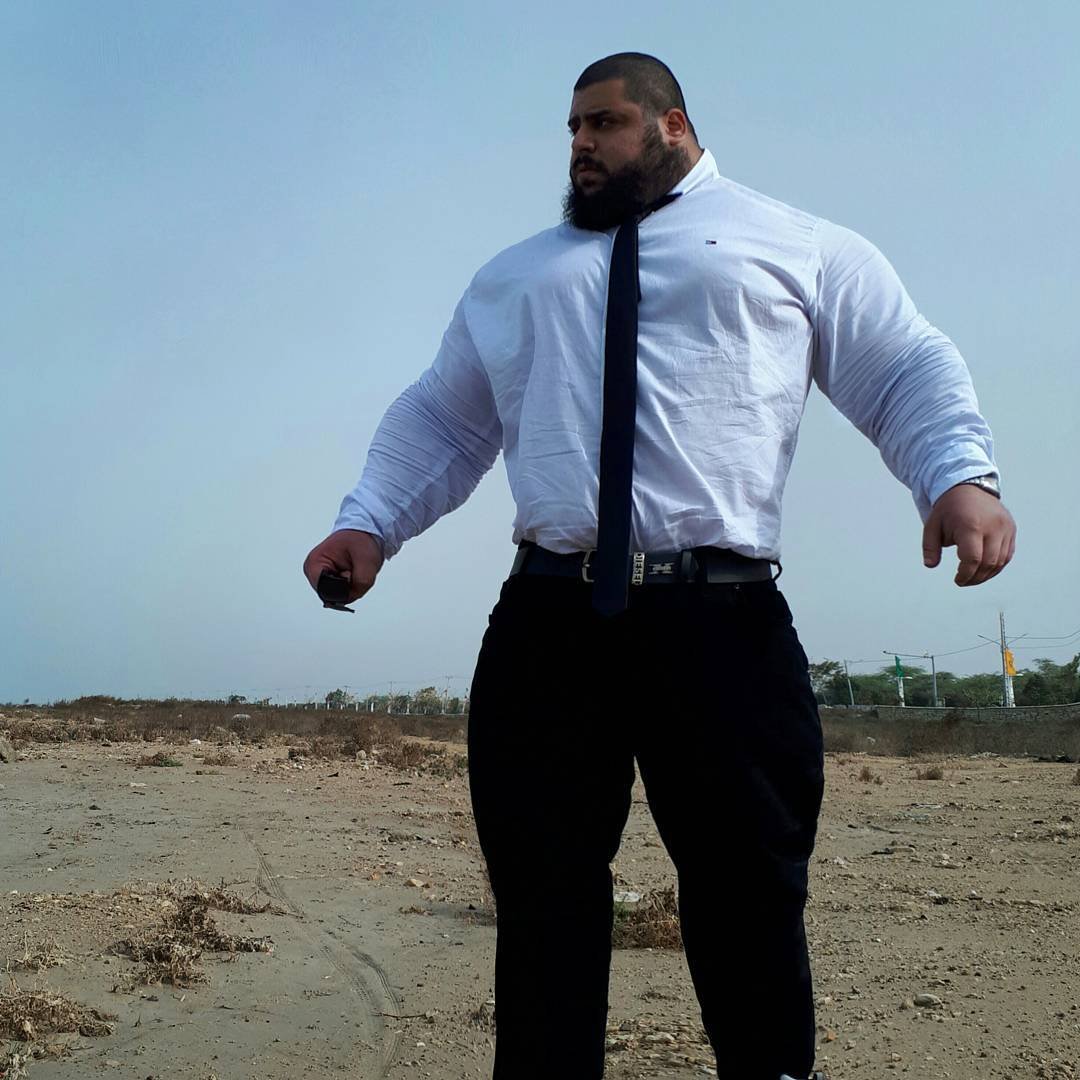 Can you imagine what kind of special tailoring he needs to get done? There's a tailor somewhere in Iran who is very, very happy every time Sajad steps into his store.

And here he is being huge in his car. 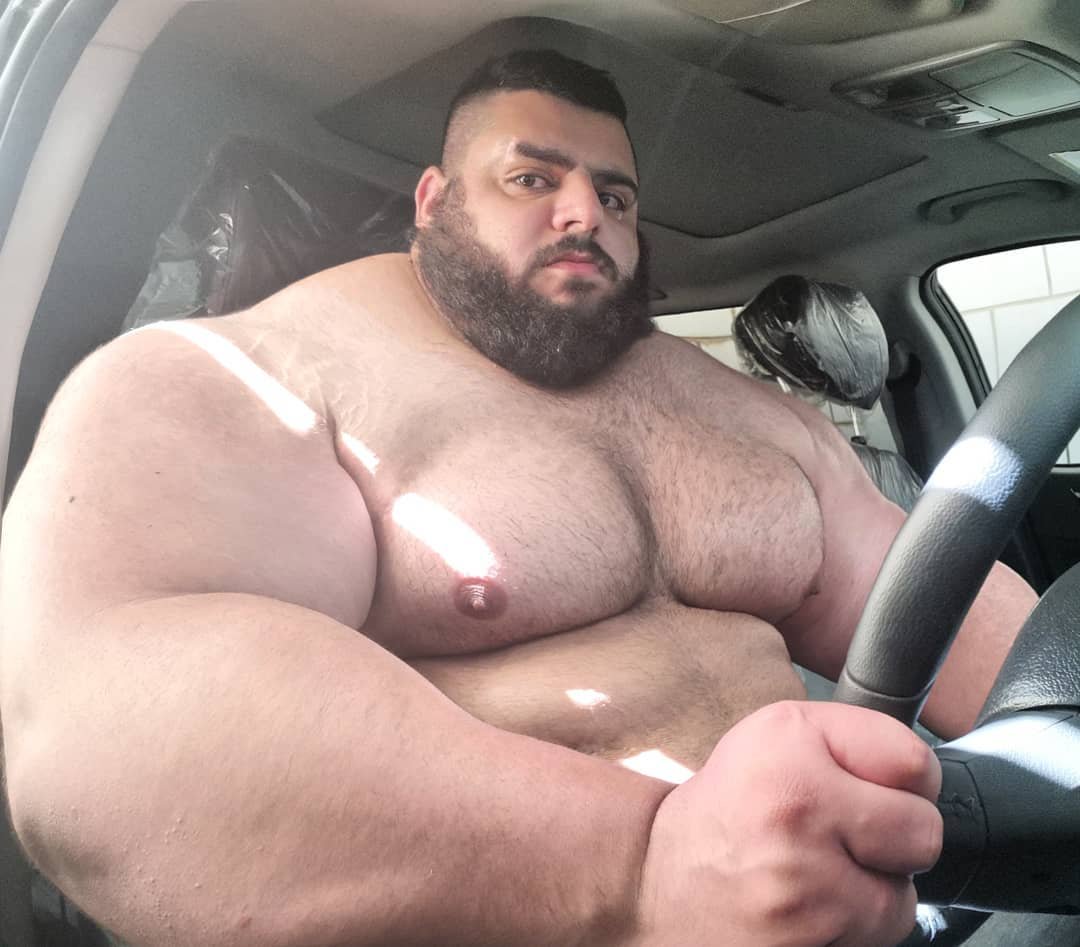 I don't know what kind of car he drives, but I'd like to imagine it's a little two-seater car that expands three times its size and shrinks back down when he gets in and out of it, like in a cartoon.

He has a hunger for something more: putting those gargantuan hamhock fists to work in the ring. Which ring? He'll pretty much take any ring you put him in.

He's got the flair for the dramatics that the WWE loves. 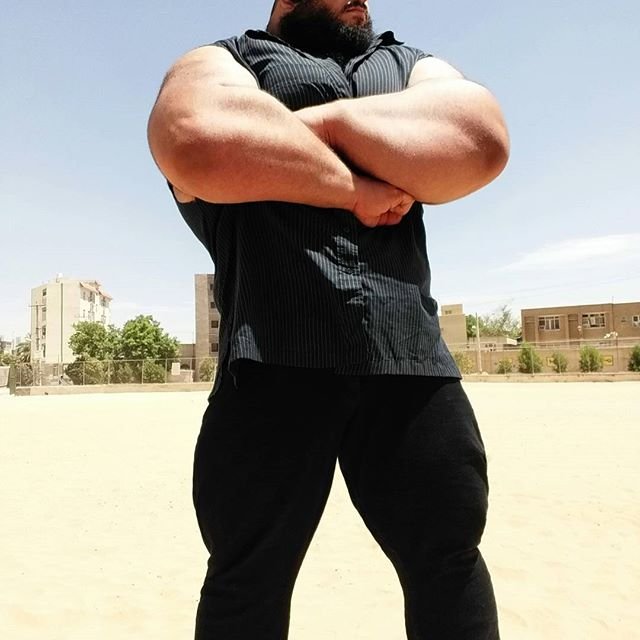 He's teased the idea of taking to the squared circle for the WWE in the past, and who knows, maybe he and Vince McMahon can work something out in the future.

However, in his most recent post, Sajad announced that he'd be entering a different ring: the octagon. 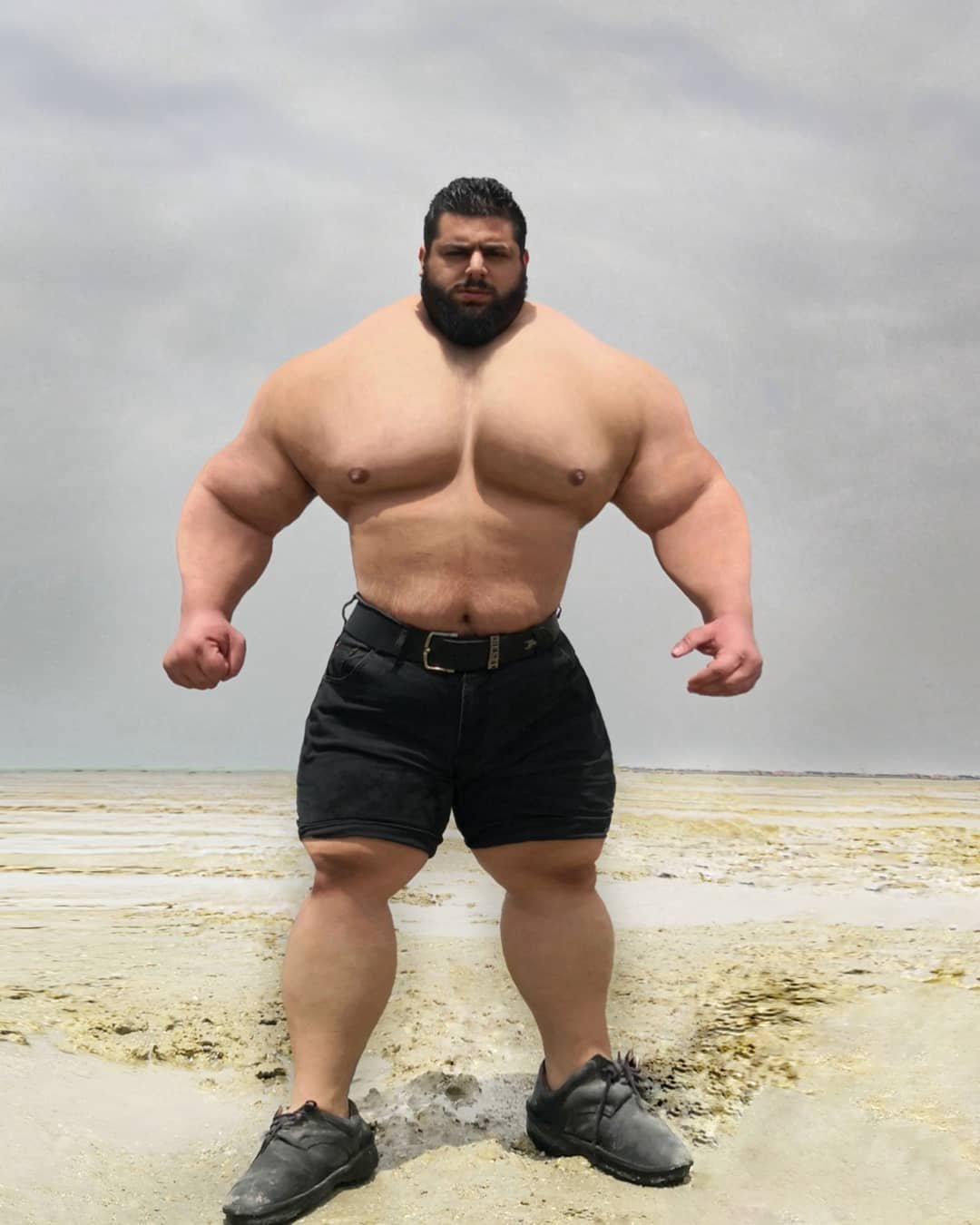 "So I'm finally accepting my first professional fight from a Brazilian fighter before 2020," he wrote, not specifying who exactly his Brazilian opponent would be.

Amazingly, there's almost a lineup of people wanting to fight him. 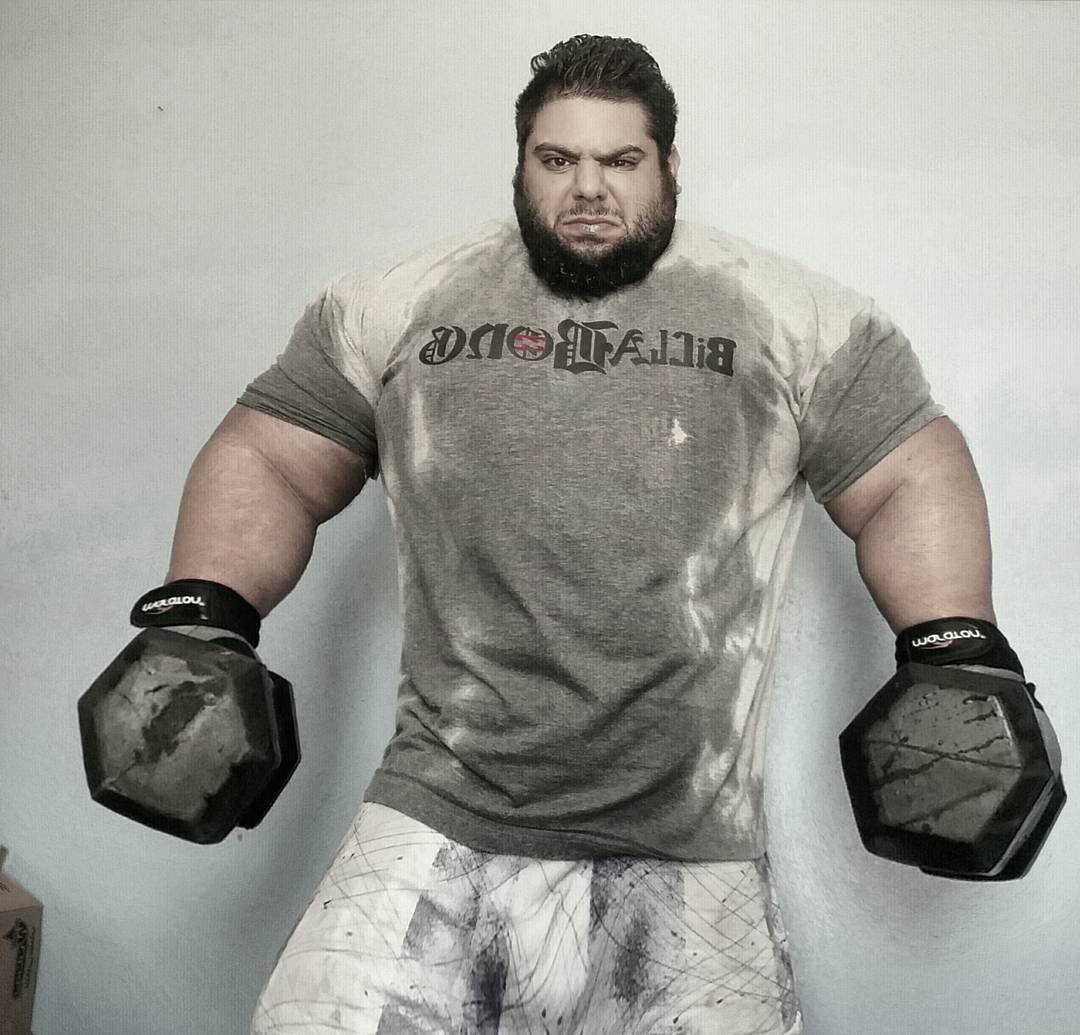 At least one UFC fighter has already mused on the idea of stepping into the octagon to face The Iranian Hulk, which shows a lot of bravery, because you couldn't pay me to get in the same ring as this guy.

UFC fighter Brian Ortega thinks he could take down the Hulk. 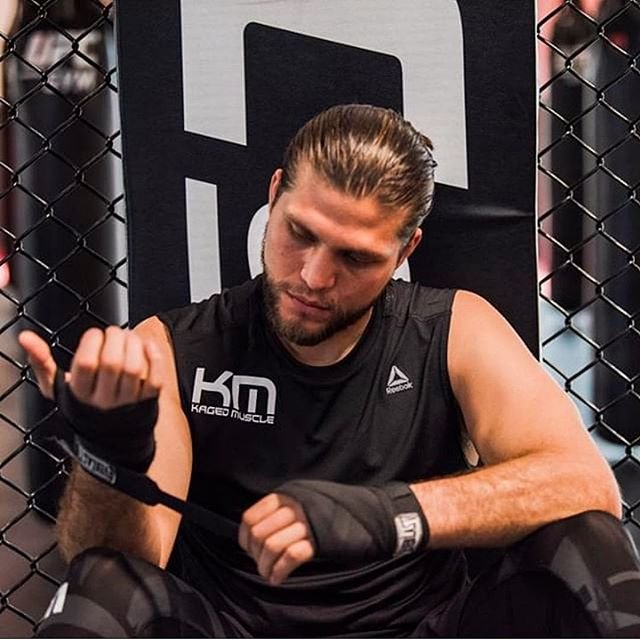 Ortega has been the featherweight champion in the RFA, and is currently ranked #2 in the UFC featherweight rankings, so he's no small fry in the fighting world.

Speaking with TMZ, Ortega said he already had a game plan in mind if he finds himself squaring off with Sajad. 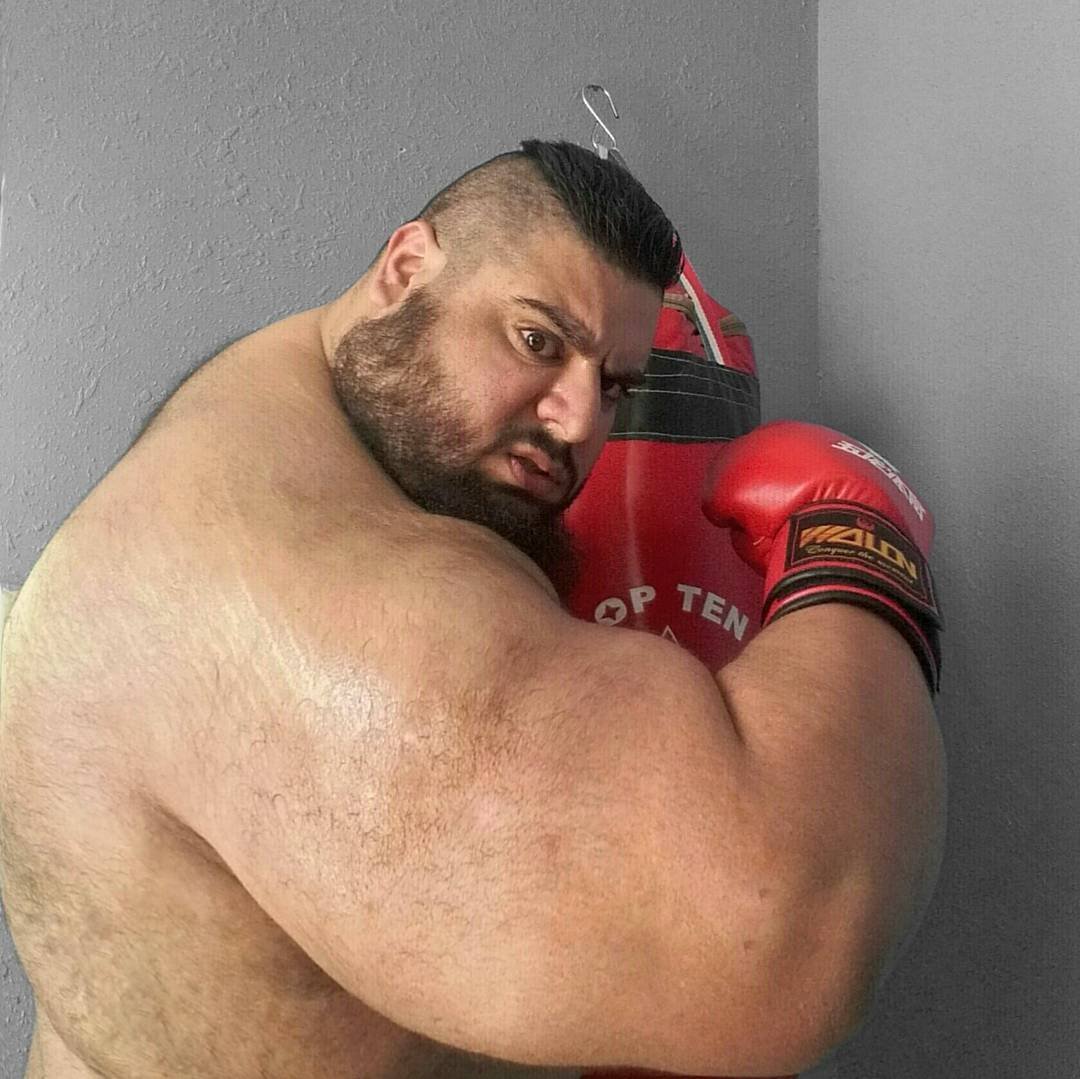 Even though he's 240 pounds lighter than the Persian Hercules, as well as six inches shorter, Ortega is confident he could take the big man down.

"I would just gas him out, piss him off," Ortega said. 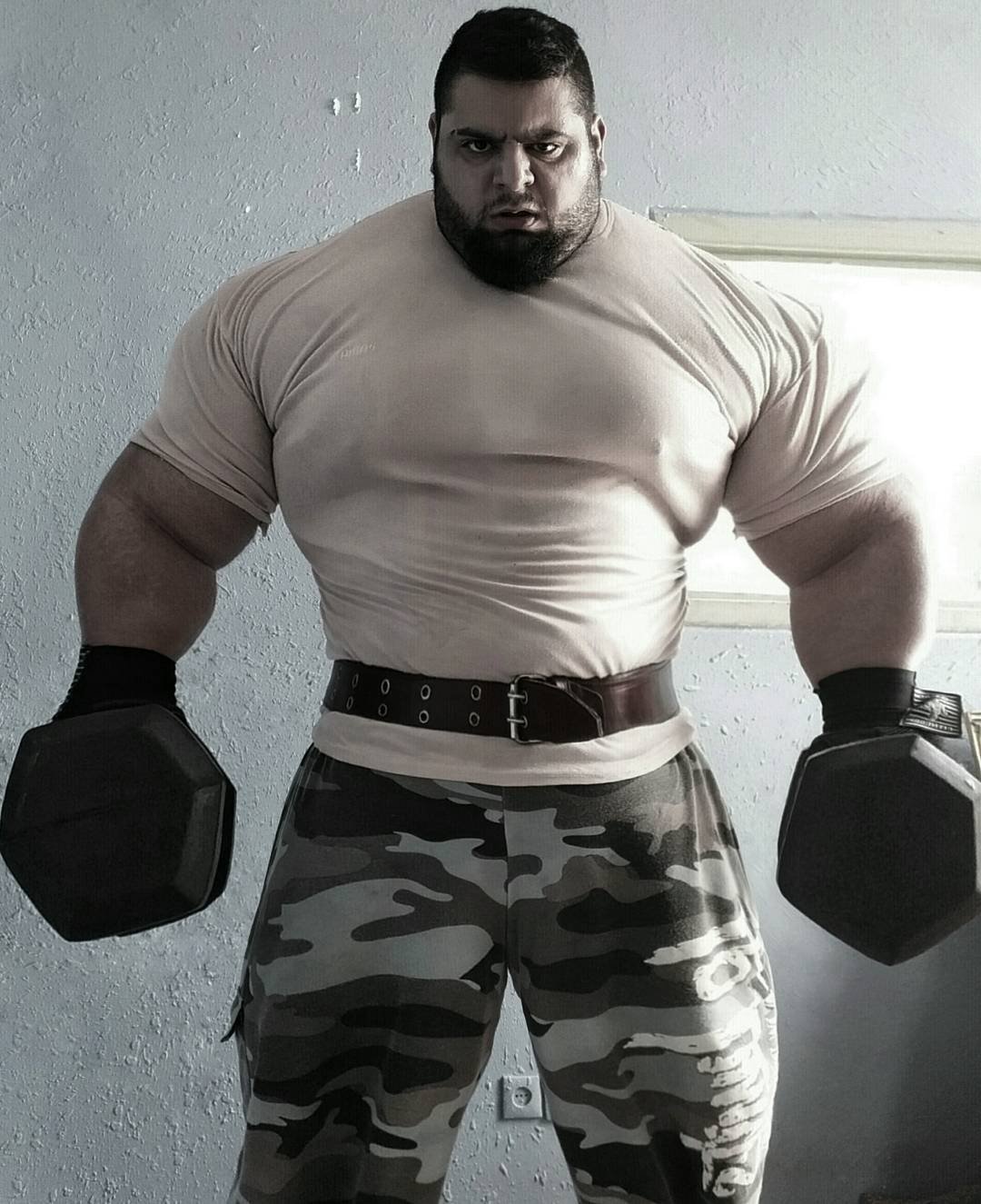 "Of course, you're gonna see me just get mauled up like a damn little chihuahua in the beginning," he continued. "But just when I ride that wave out, it's a done deal man. He'll gas out and he'll be mine."

Speculation is rampant that his opponent will actually be Romario dos Santos Alves, who goes by the nickname the "Brazilian Hulk." 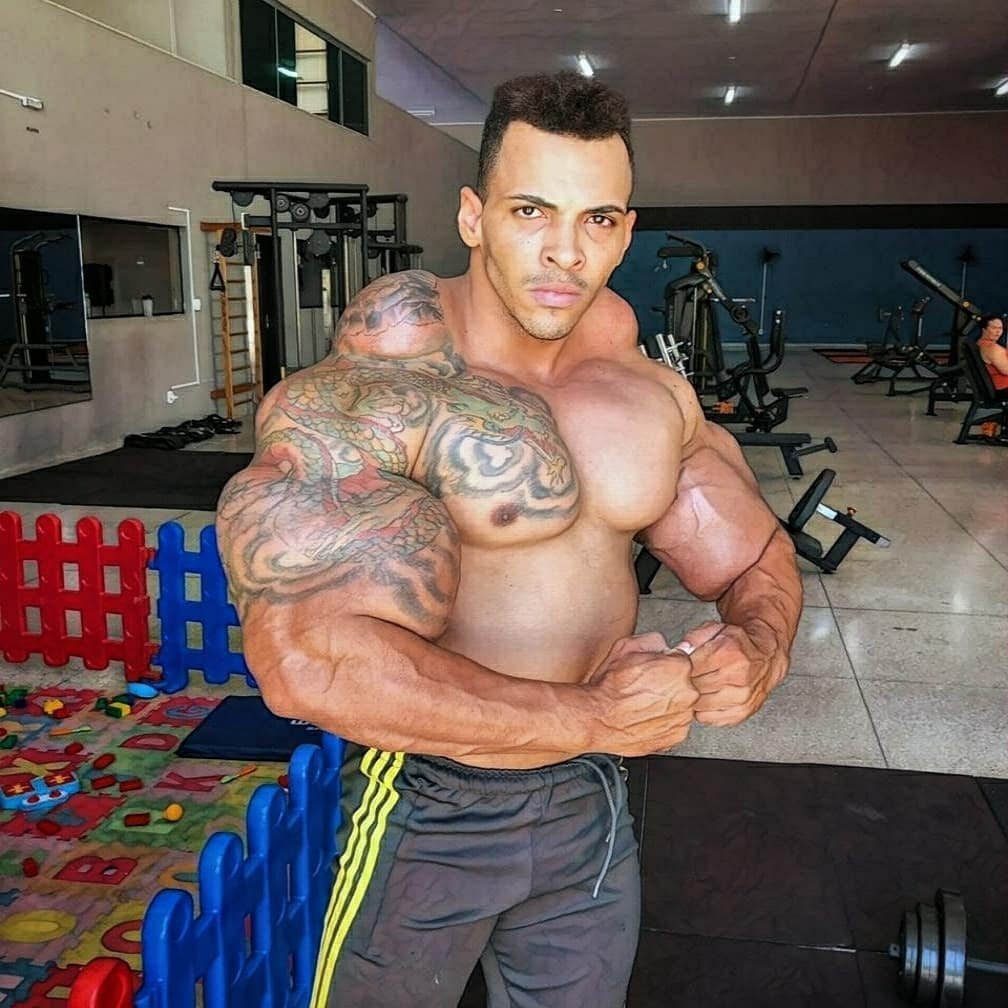 Of course. Rumors have been spreading as thick and wide as Sajad's pecs about a matchup between the two monsters ever since Romario called out the Iranian Hulk on Instagram earlier this year. 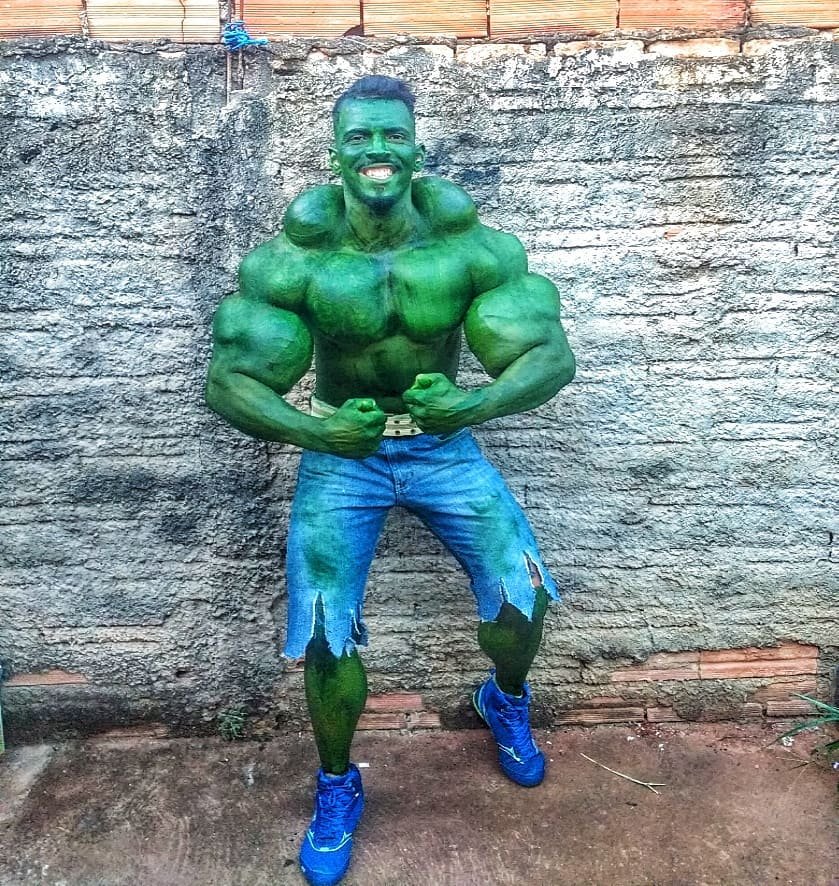 Which is no small feat, given how well-protected Sajad's head is. 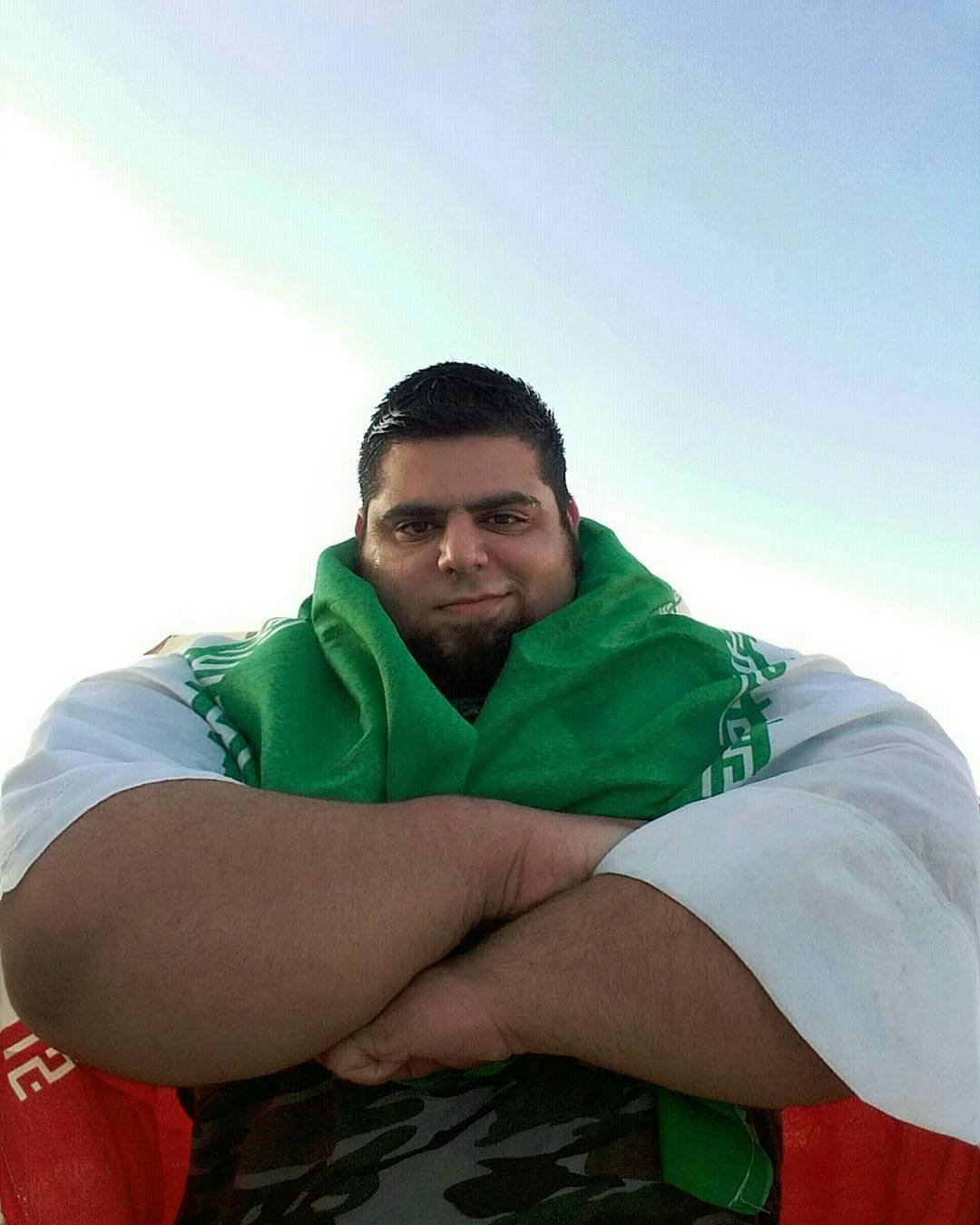 His head is kept atop a fortress of his own muscles. I couldn't even reach it, let alone rip it off. Not that I'd ever want to try. 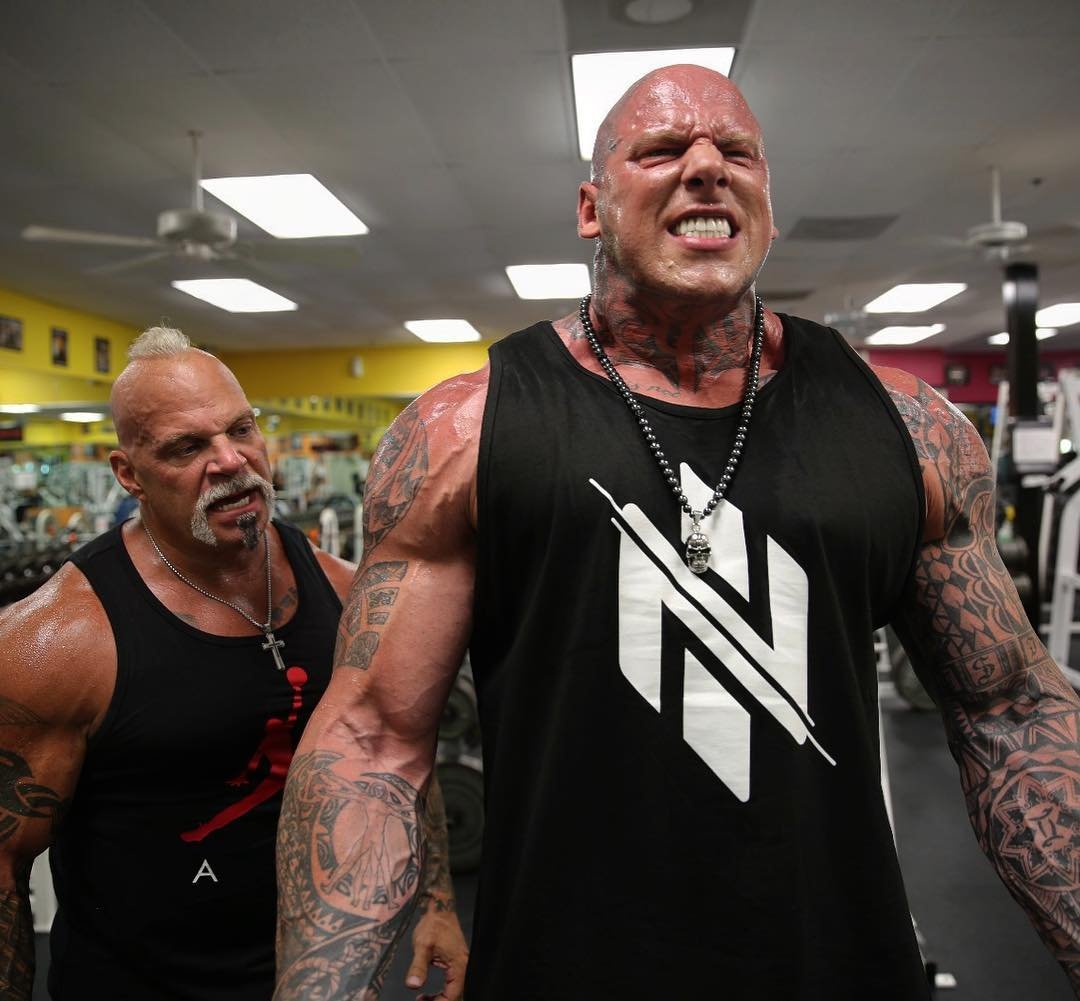 There were all lined up to face off in a Polish MMA organization back in November 2018, but nothing has come of it six months later.

So we'll have to wait and see if Sajad ever does actually set foot in a ring. 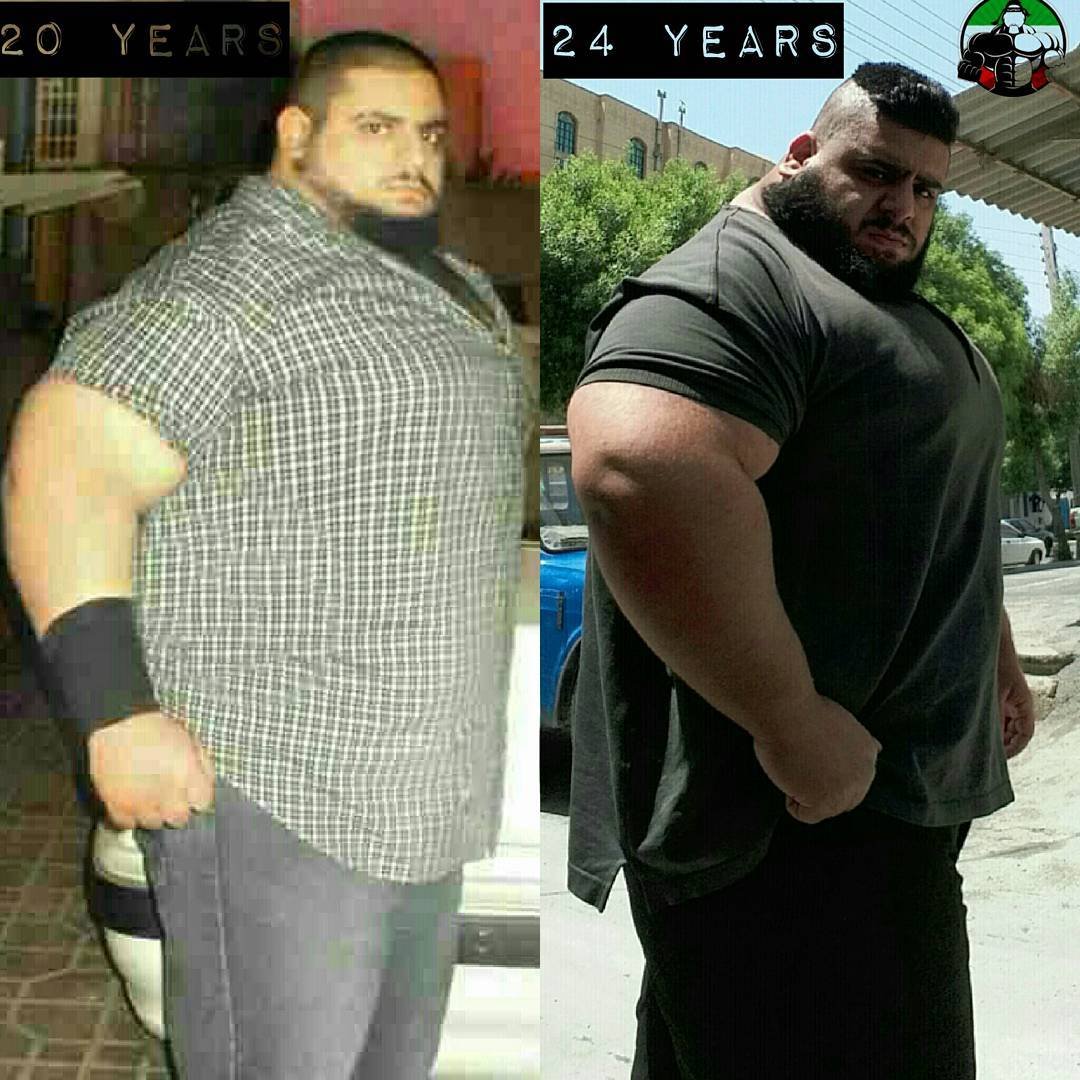 I'll tell you one thing, though — whatever ring the Iranian Hulk sets foot into is one I will be keeping myself very far away from.

I've seen The Avengers. I know what a Hulk can do. 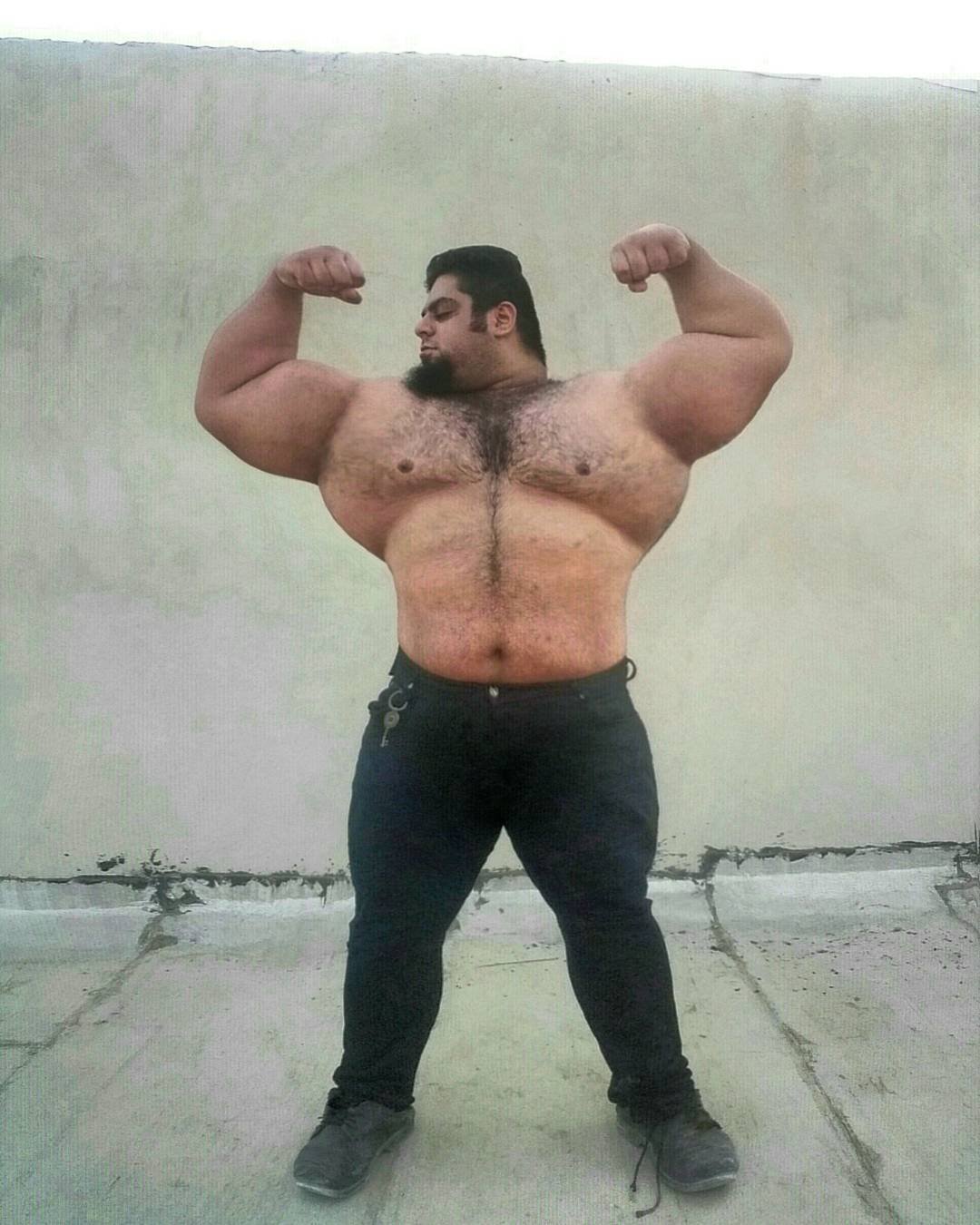 Though at 6'2 and 385 pounds, I'm not sure how much luck is going to have to do with it. I feel like I've been beat up just looking at him.