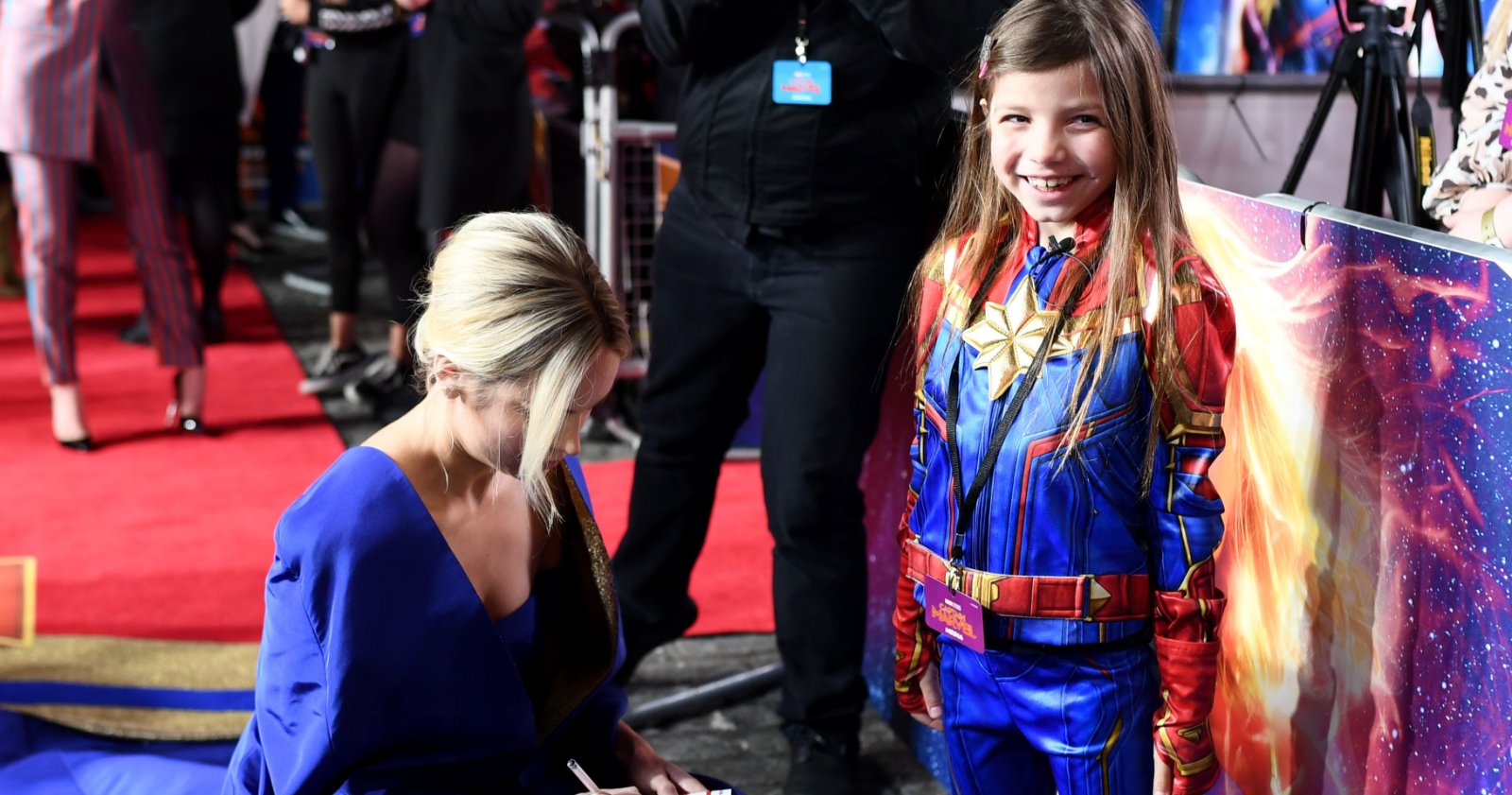 There is no better feeling than getting to meet your hero. Whether it's an actual superhero or just someone who you look up to.

There's nothing sweeter than the rush you feel when you're given the chance to meet your idol — or in this case, seeing the look on other people's faces when they get to meet their idols.

The time "Spiderman" made a surprise visit to a children's hospital.

Spiderman actor, Tom Holland, made a special surprise visit to a children's hospital to hopefully put a smile on some faces that need it the most.

The time Supergirl posed with four of her biggest fans. 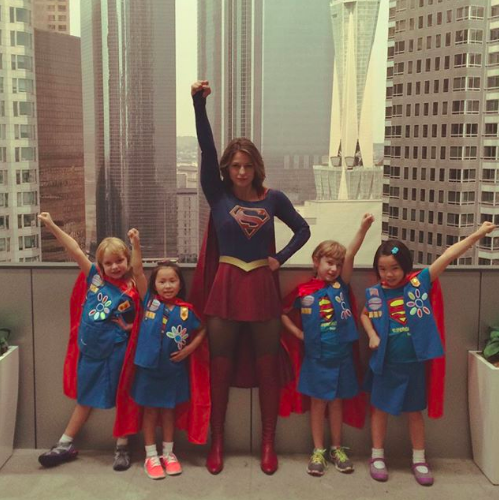 These girl scouts are embracing their inner Supergirl, posing for this photo with Supergirl star, Melissa Benoist.

Wonder Woman greeting a fan at a superhero convention. 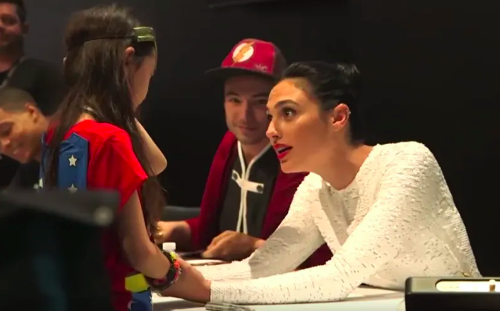 Gal Gadot treats her fans like royalty. This is one lucky girl.

The time this super-fan got to meet his hero, the Black Panther. 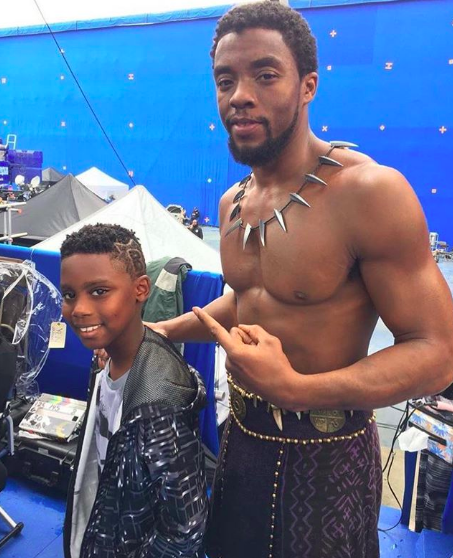 This boy chose the right day to have the letter "B" shaved on to the side of his head because it would be the day he meets his favorite superhero, Chadwick Boseman, from Black Panther.

"Green Arrow" AKA Oliver Queen, posing with a fan outside his home. 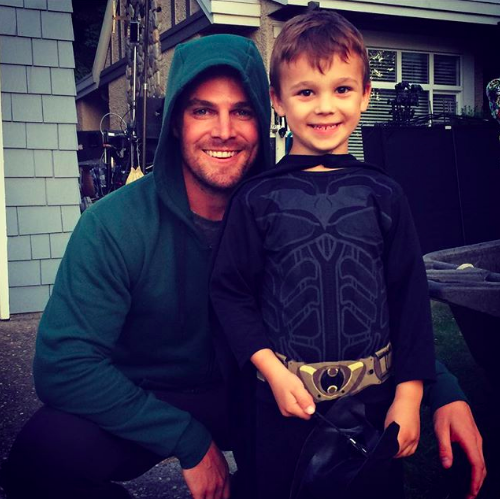 The time this girl was teary eyed meeting her hero, "The Flash". 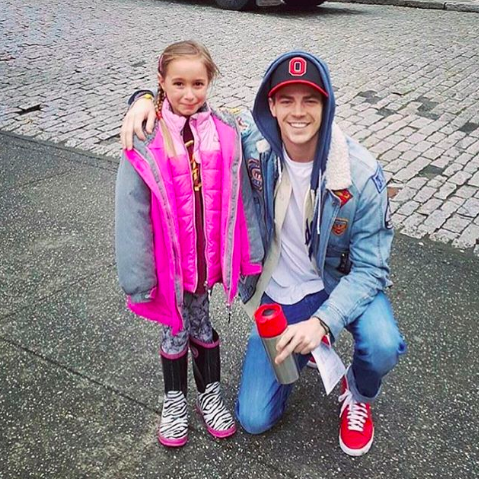 This little girl trying hard not to burst into tears next to Grant Gustin is the sweetest thing I have probably ever seen in my life.

This young "Doctor Who" fan was stoked to show off her look-a-like costume to the Doctor herself. 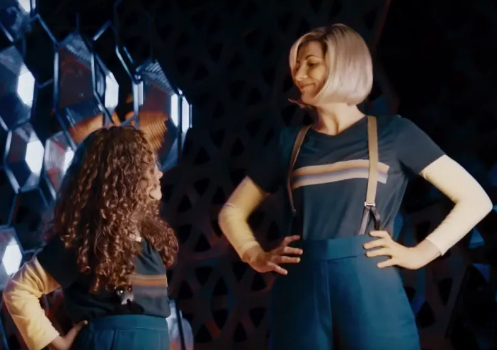 And by the looks of it, Jodie Whittaker is very impressed!

Jason Momoa, AKA, "Aquaman" meeting with a fan at a superhero convention. 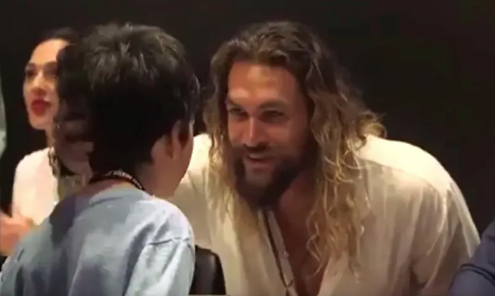 I am very jealous that this little boy had his hair touched by Jason Momoa. That's basically every girl's dream.

The time this super-fan got to meet the star of "Grey's Anatomy", Ellen Pompeo. 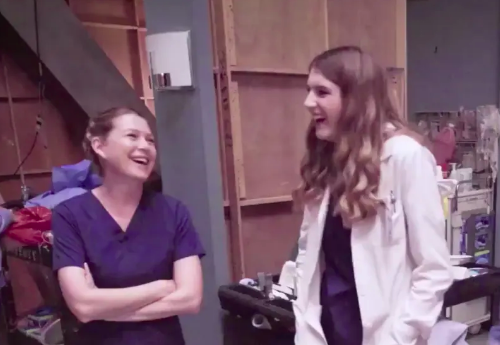 Not all heroes wear capes, amirite?

I think that makes her a hero!

The time Superman made this kid's day. 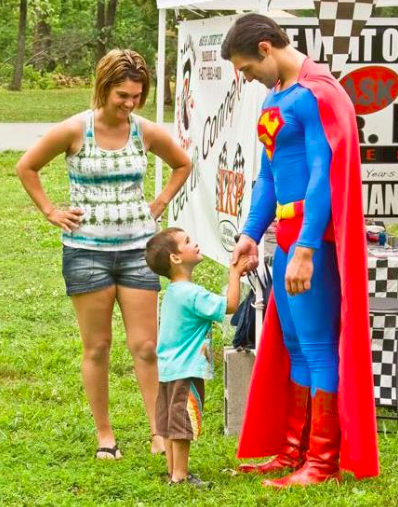 This boy looks genuinely amazed that he is meeting Superman — as anyone would be!

I mean, what are the chances of stumbling upon Superman at the park? 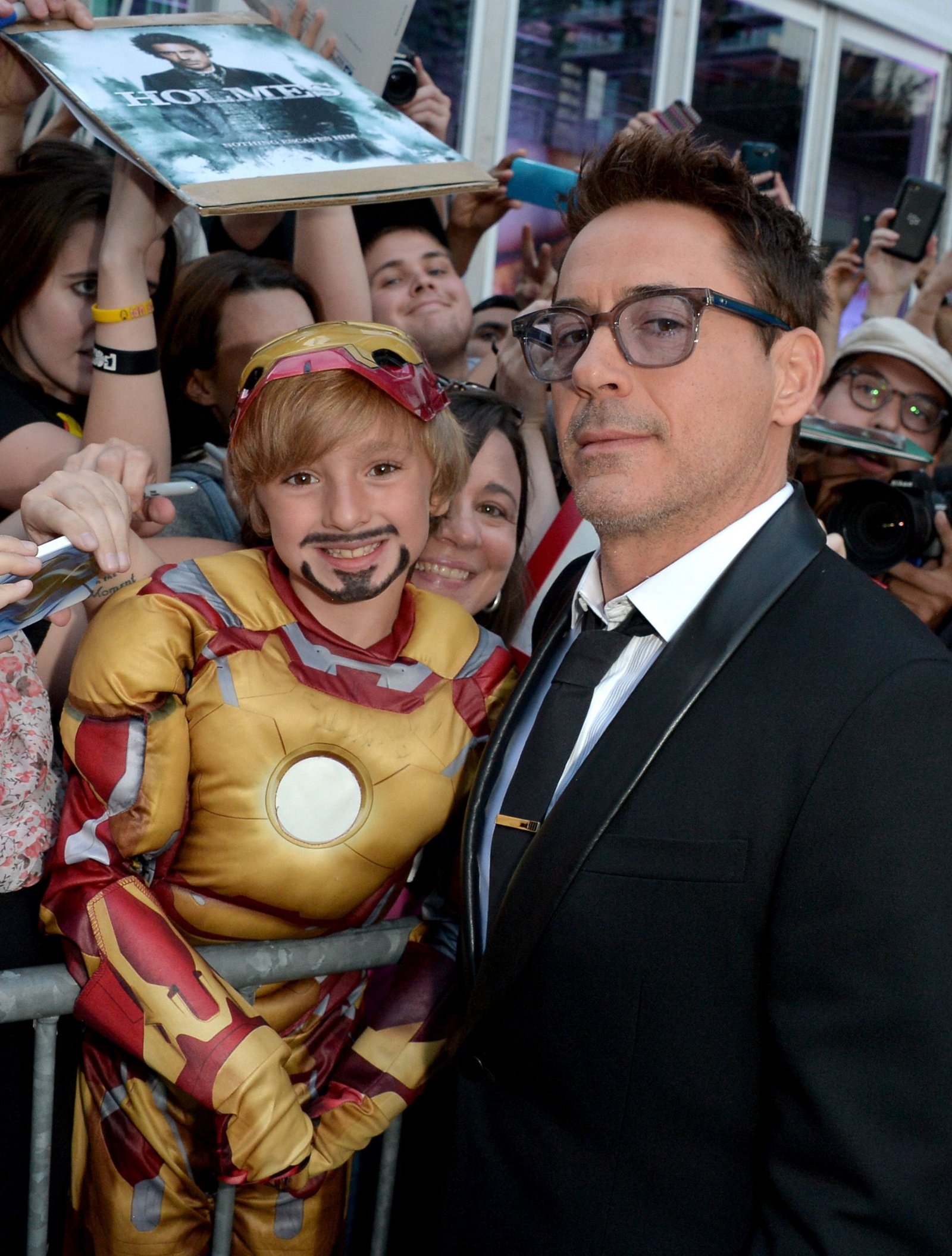 This photo is adorable.

The kid is rocking a fake beard, and everything. Totally nailed it!

I'm sure that outfit made Iron Man very proud.

"Wonder Woman", Gal Gadot, holding her fan up on her hip for a photo at Ace Comic-con. 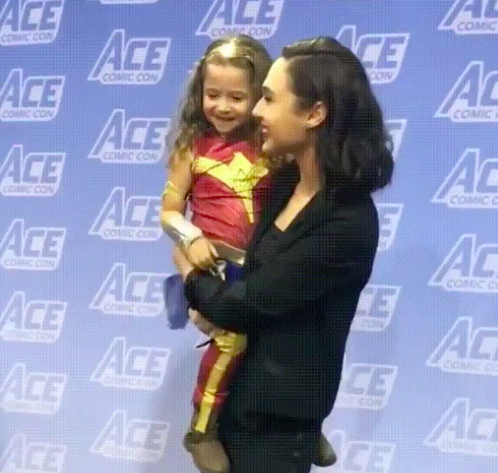 That children's Wonder Woman costume is cuter than my heart can bear.

A Batman impersonator making his rounds to visit a group of sick children. This isn't Christian Bale or Michael Keaton, but it was still enough to make a few kids feel like they met their hero.

"Big Hero 6"'s Baymax being rushed by a toddler is the cutest thing I've seen all week.

The size difference is hilarious and by far the best part of this photo.

Zachary Levi getting the tightest hug of his life by a super-fan. 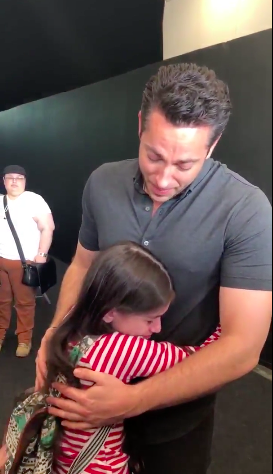 I can't even deal. 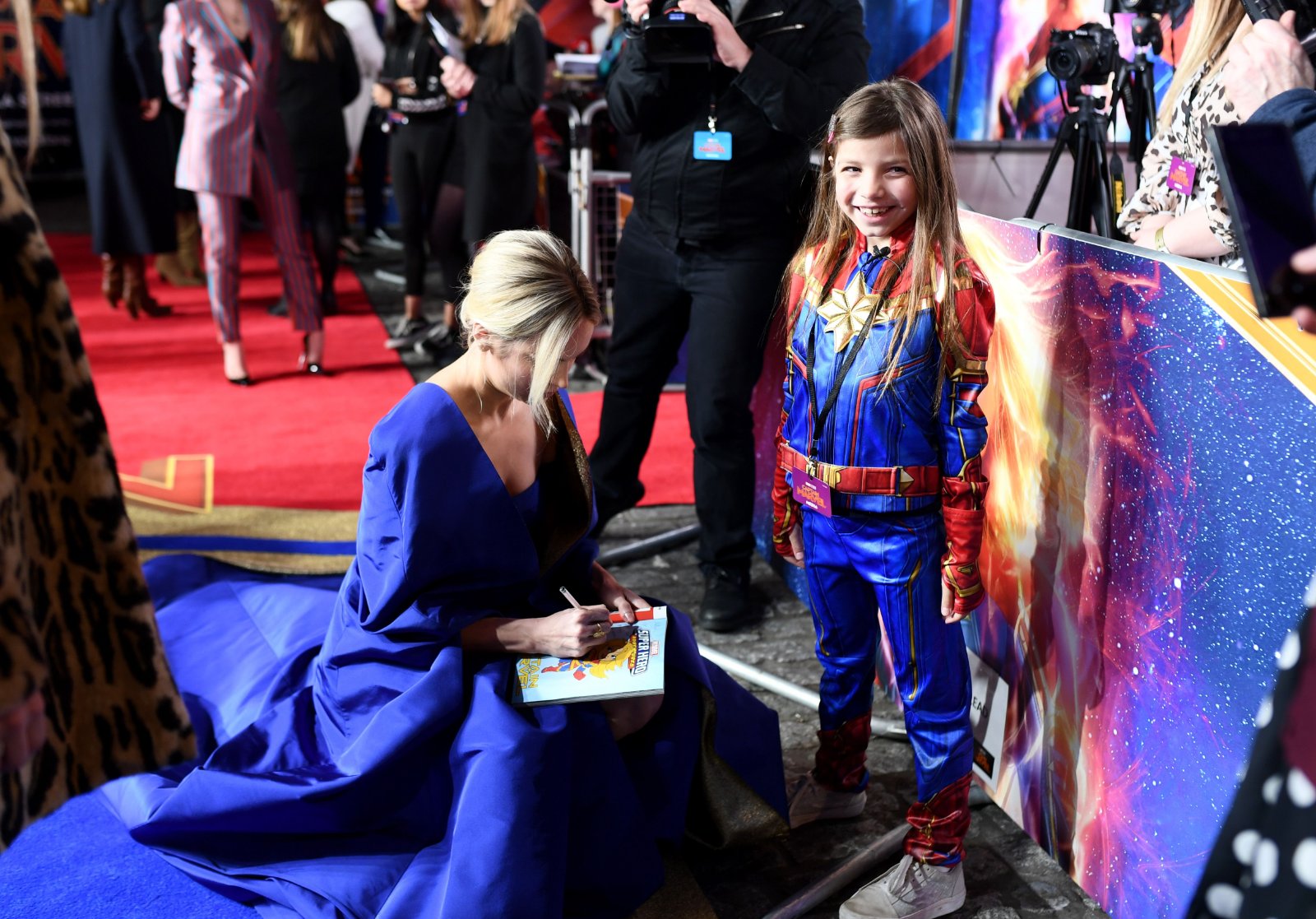 She even stopped to say hello and give her an autograph.

Chris Hemsworth and Tom Hiddleston visited the children's hospital and made some kids VERY happy. 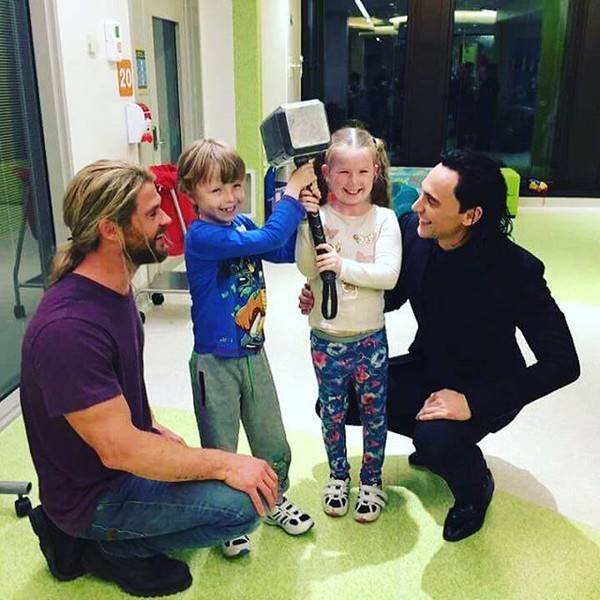 Imagine meeting Loki and Thor in real life! What an unforgettable moment for these little fans.

This toddler immediately ran up to Spiderman, reaching for a hug. 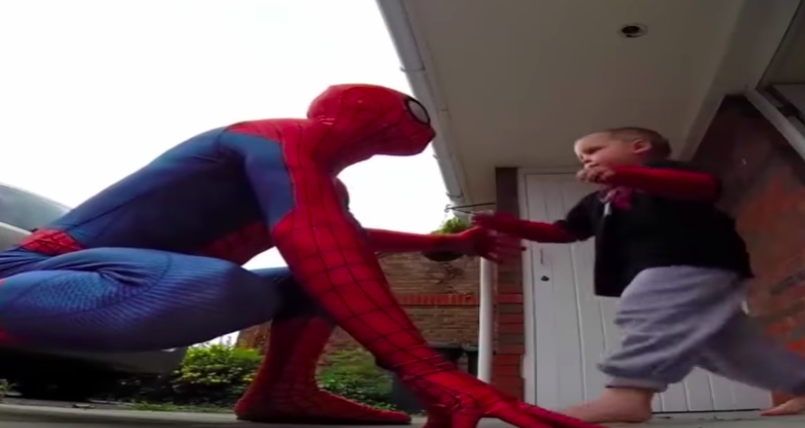 The boy's parents arranged for a Spiderman look-a-like to surprise him outside of their home, and it was totally worth it just to see the look on his face! 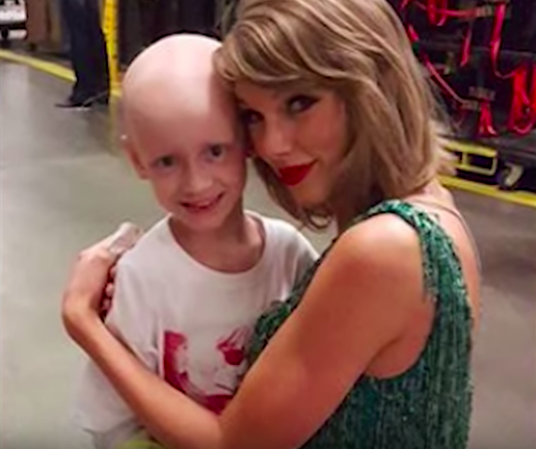 This young girl had a chance to meet her idol, Taylor Swift, backstage after attending her concert.

Judging by the look on her face, it was everything she had hoped it would be!

On "The Tonight Show Starring Jimmy Fallon", he tricked a few kids into being on the show to sing Ariana Grande covers, but left out the part that Ariana Grande would also be there. 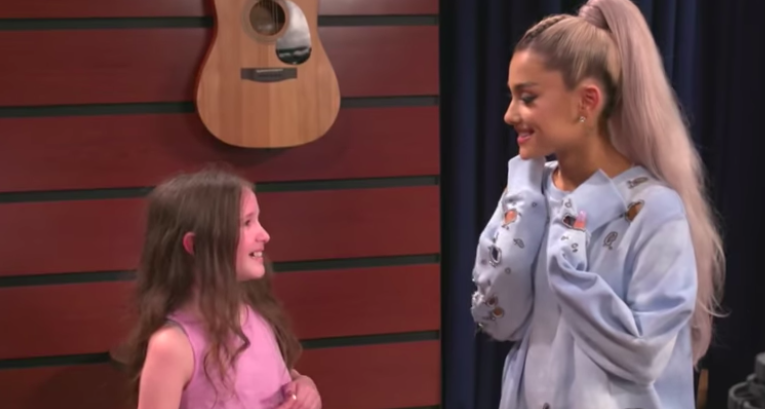 It was such a heartwarming surprise.

After singing Ariana Grande's song "One Last Time", Ari snuck up behind her and surprised her.

Her reaction was priceless!

In some cases, our heroes aren't actors or musicians — but TV personalities instead. 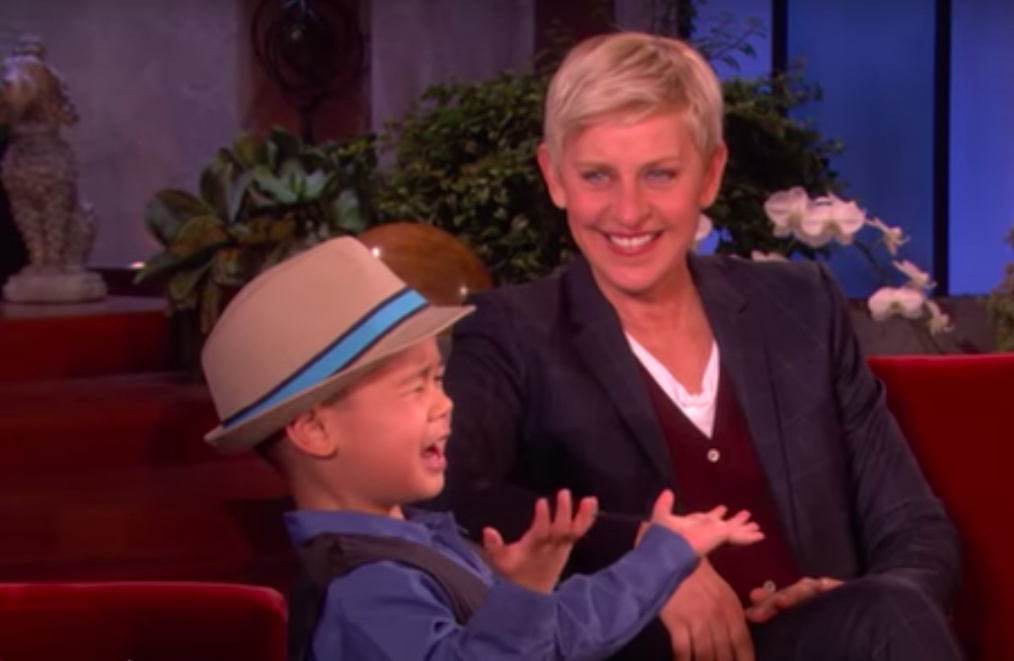 Ellen Degeneres invited her biggest fan to appear on her show, and she loved every moment of it — not even being able to contain his emotions at times.

For this 12-year-old makeup artist, meeting Kim Kardashian was his dream. So, when she surprised him while he was filming a tutorial, he absolutely lost it. 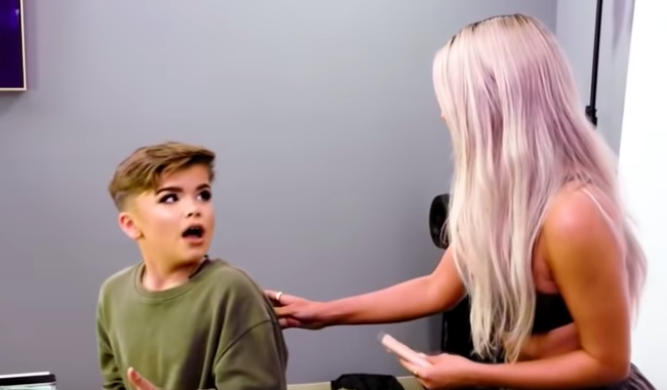 He definitely did not see that one coming!

Chris Pratt, from "Guardians Of The Galaxy" surprised a few kids by showing up to their local movie theater, moments after the film ended. 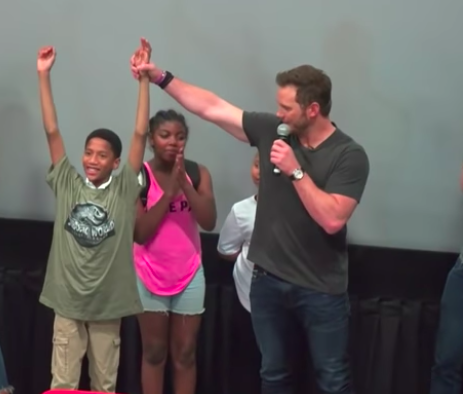 As you can tell, the kids loved it.

Sometimes we meet our heroes later on in life, and that's okay too. 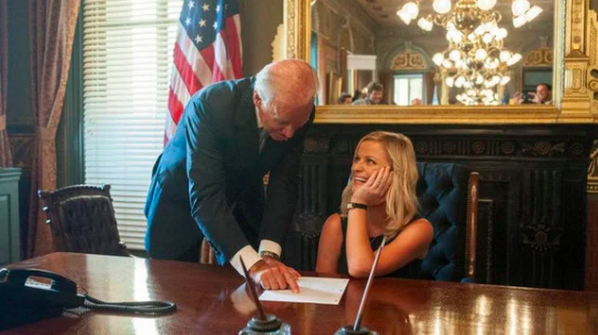 Here is Leslie Knope from Parks and Recreation, AKA, Amy Poehler, meeting her hero, Joe Biden.

Find someone that looks at you the way Leslie Knope looks at Joe Biden.