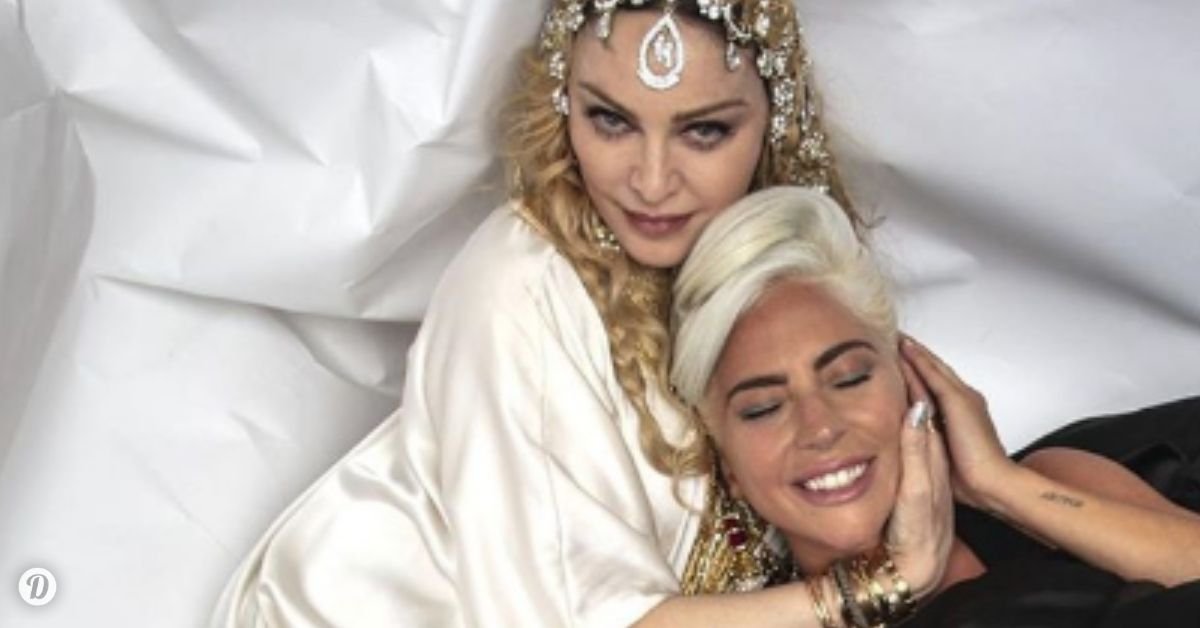 There's nothing worse than seeing two of your favourite pop princesses feuding, which is what Gaga and Madonna stans have been dealing with for the past 10 bloody years.

However, the Oscars this past Sunday may have brought peace to the kingdom.

It all started back when Gaga first exploded onto the scene in the summer of 2008 with "Just Dance" aka, a forever bop.

Immediately, critics drew comparisons to a young Madonna as both women were groundbreaking and pop revolutionaries when they first stepped onto the scene.

Then, there was the "Born This Way" drama.

In February 2011, the song was released to criticism that it was a rip off of Madonna's 1989 hit "Express Yourself."

However, Gaga claimed to have Madonna's blessing, saying "Well, the good news is that I got an e-mail from her people and her, sending me their love and complete support on behalf of the single and if the queen says it shall be, then it shall be,”

Things seemed fine until drama picked back up again a year later after Madonna called Lady Gaga's music "reductive" in an interview with ABC News.

And if you don't know what that means, she suggests you "look it up."

(Spoiler alert: it's not very nice!)

She said "The only thing that really bothers me about her is [that] I'm Italian and from New York, so if I have a problem with somebody, I'm gonna tell you to your face. She wouldn't look me in the eye and tell me I'm reductive."

However, it seemed despite the negativity Madonna was throwing Gaga's way, she still remained a fan.

"I admired her always and still admire her, no matter what she might think of me," Gaga remarked during the documentary.

"I just want Madonna to push me up against the wall and kiss me and tell me I'm a piece of sh*t."

It appears Lady Gaga may have just gotten her wish, as the two were CUDDLING at the Oscars after party this past Sunday night.

Fans on both sides are taking this as a sign of forgiveness and therefore, so am I.

It's a reunion of musical hearts. It's soul. It's everything we didn't know we needed.

Have you ever seen such a picture of peace?

In fact, here's a video of them making up behind the scenes. Look at the tenderness of two souls becoming one.