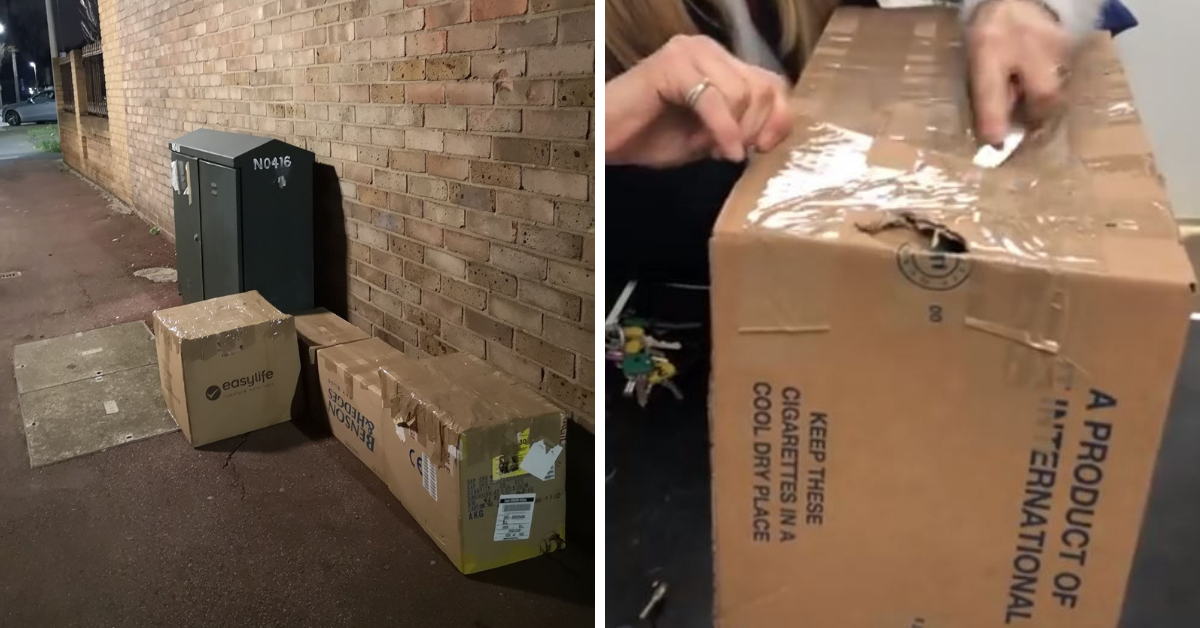 Woman Hears Sound Coming From Boxes On The Street, Realizes Animals Are Trapped

There are many crimes that I just don't understand, and right near the top of the list has to be animal cruelty. There's just no need for it. Animals aren't hurting anybody, they're trusting and loving and good, and hurting them is just pure evil.

And that's why I love sharing the stories of the people who help animals in distress. I can't actually high five them all, but oh, if only I could.

On a cold January night, a woman walking home from work in Stratford, London glanced down an alley and noticed a peculiar pile of boxes. 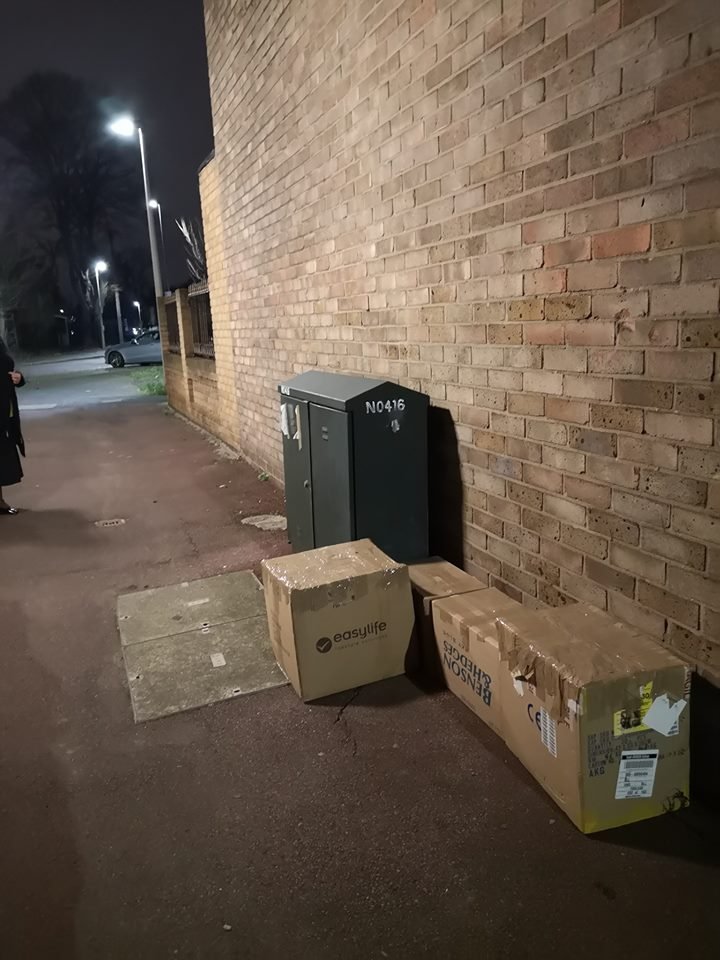 Not that a pile of boxes is peculiar for an alley, but these boxes had been taped up exceedingly well.

The woman stopped to check them out and, on closer inspection, heard some noises coming from within: Meowing.

Instead of opening the boxes immediately, she contacted a local animal rescue group, the Celia Hammond Animal Trust. 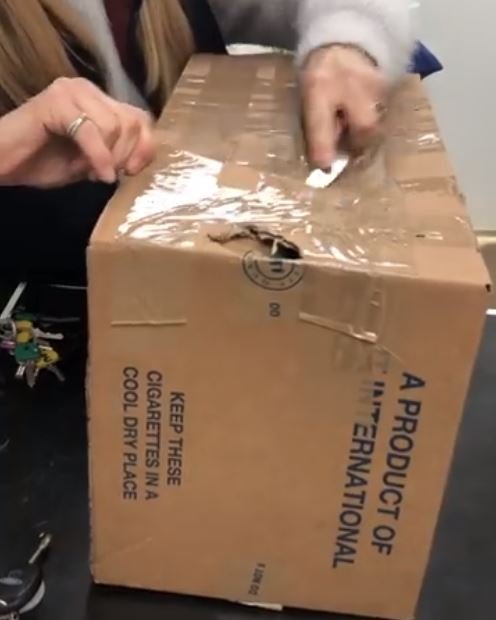 They came out right away to see for themselves, at which point they cut some air holes in the boxes.

"We didn't know their temperaments so didn't dare open the boxes and risk them flying out into the road," they said in a Facebook post.

After a short drive back to their clinic, the animal care workers cut open the boxes carefully, with a butter knife, so as to avoid hurting the cats inside. 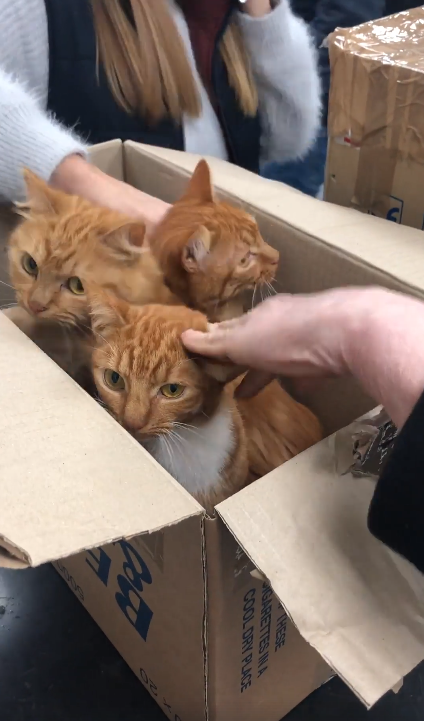 When they opened the boxes, they found a total of 11 cats inside. "We can only assume the intention was for them to die as surely everybody knows animals need to be able to breathe to survive. The boxes cannot have been there very long as without oxygen our vets estimate they probably wouldn’t have lived more than an hour or two."

The cats weren't in bad shape, apart from being underweight and having fleas. 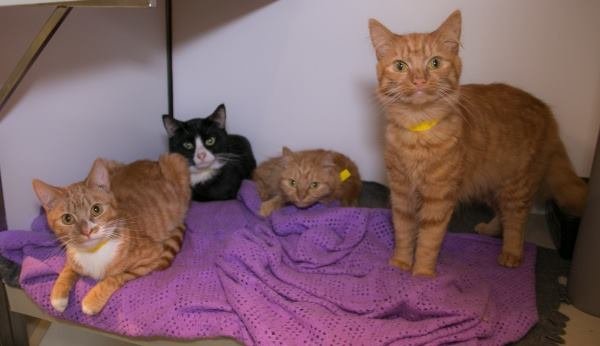 "These cats are really friendly and have clearly once been loved, handled, and cuddled," they said. "What on earth would drive an apparently loving owner to do something so terrible? Perhaps it was a family member or neighbour who hated the cats enough to do this."

Since arriving at the clinic, the cats have been treated for the fleas, vaccinated, treated for worms, and microchipped to get them ready for adoption. 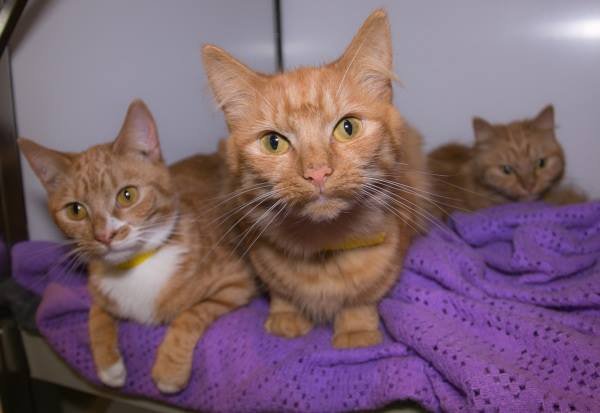 "The cats are doing well," they wrote in an update. "Once they had recovered from their shock they have turned out to be friendly and like being stroked."

The animal loving community responded to the case with incredible generosity as well. 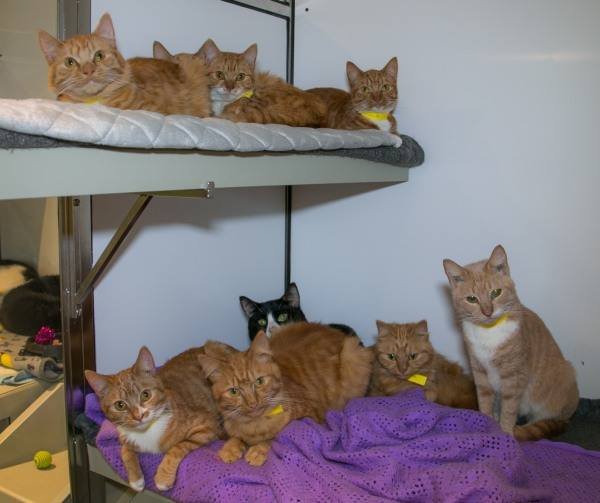 "We are totally overwhelmed by your response and the extreme kindness that has been shown," they wrote.

"Many of you have gifted funds, food, toys and blankets." 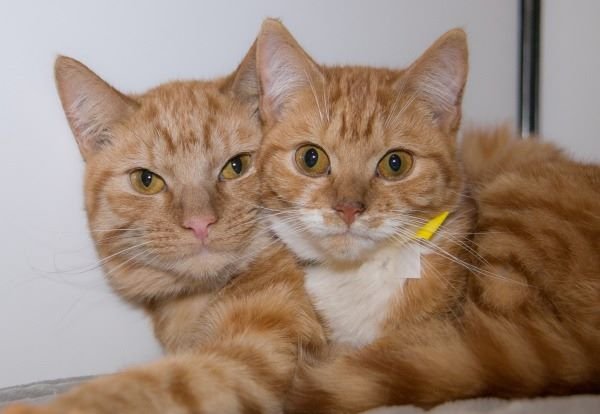 "With so many gifts and comments we have not been able to respond to you all individually but would like to express how truly grateful we are."

And of course, offers to adopt the kitties have poured in. 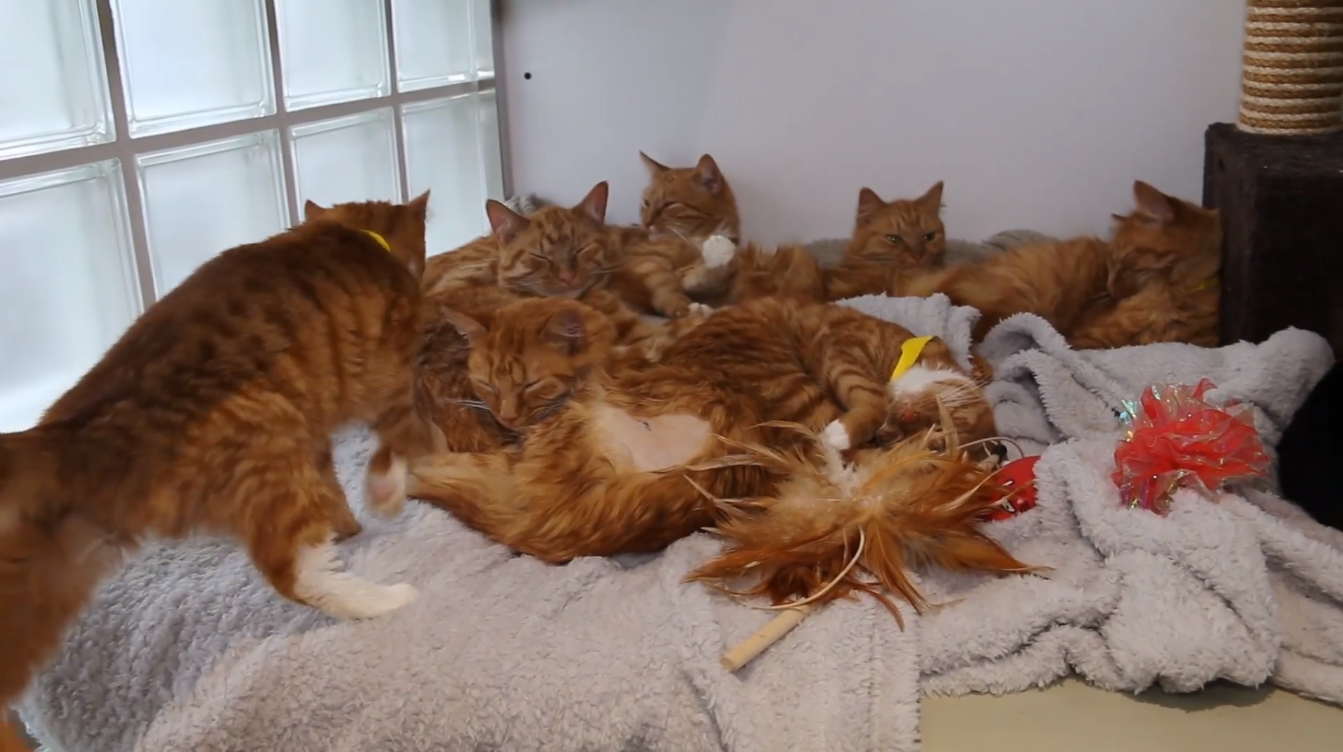 When the cats are ready for adoption, they'll go in pairs at minimum because they're all so closely bonded.

They're not in a big rush to send these cats back out into the world, however, preferring to find the most ideal situation for them. 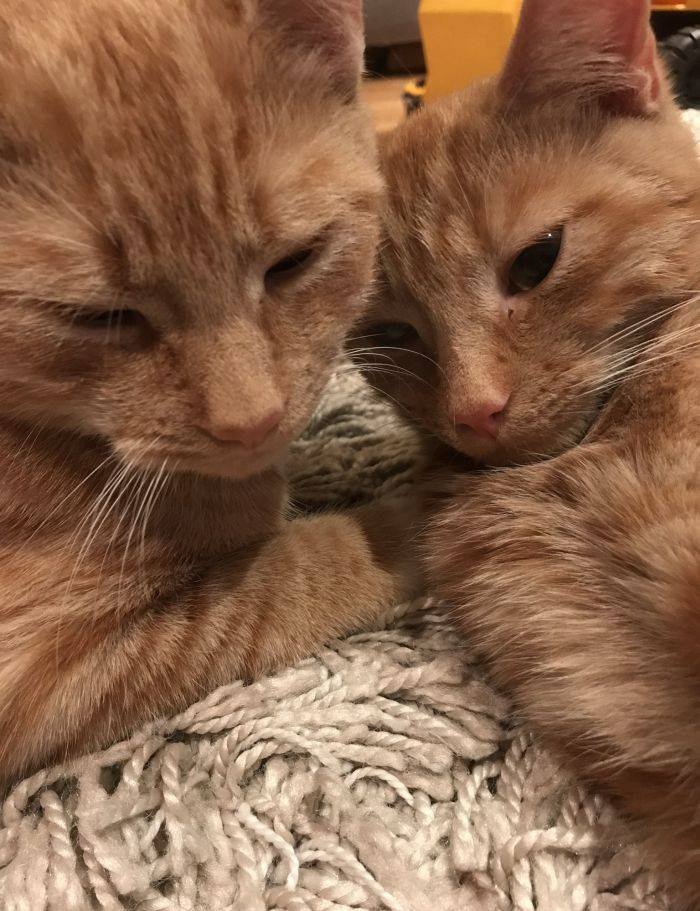 "We do always carry out a pre-adoption home visit to provide advice about caring for and settling in new cats and we like to be close enough to provide any settling in support should it be needed."

The group has also been investigating who might have dumped these cats in sealed boxes and left them in an alley. 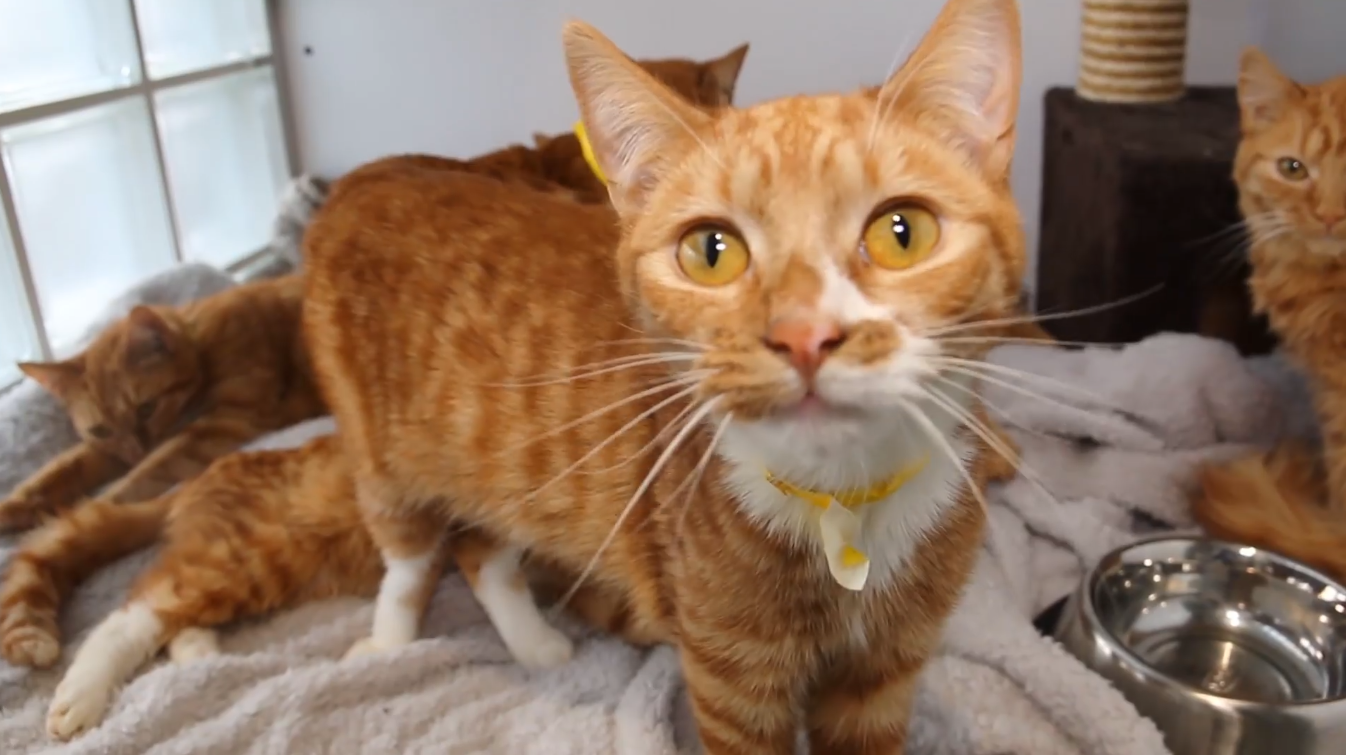 Unfortunately, little progress seems to have been made in that regard so far.

But the important thing is that the cats are safe, healthy, fed, and being cared for now. 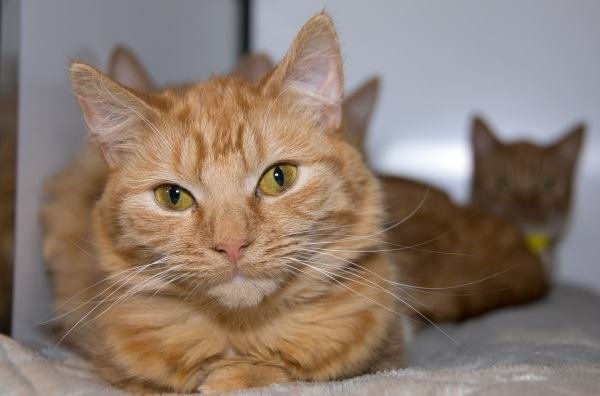 "It's so rewarding to see these cats who were so traumatized and frightened when they came to us, to see them transformed into these happy and relaxed cats that we see here now."

Check out the video of the cats being unboxed right here.