Mom Celebrates Her Transgender Son Coming Out With A 'Newborn' Photoshoot

Most new parents hold a photoshoot, or two (or five) to celebrate their new arrival.

No doubt you've seen these photos on your Instagram and Facebook feeds. Parents can't help it — they just love showing off their bundles of joy.

One mom took those photoshoots to the next level for her 20-year-old son, Adrian, to celebrate his coming out as transgender. These photos are awesome and hilarious. 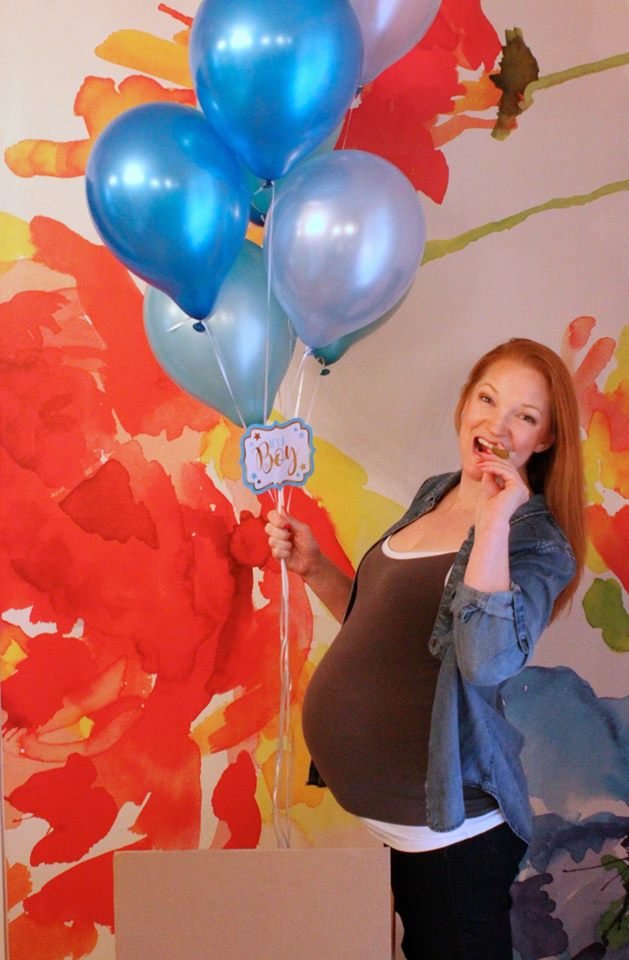 Heather Lundberg Green is the mom behind these photos, and before we go any further, no that is not a real bump. I've gotta give her props for wearing the fake belly for these photos. 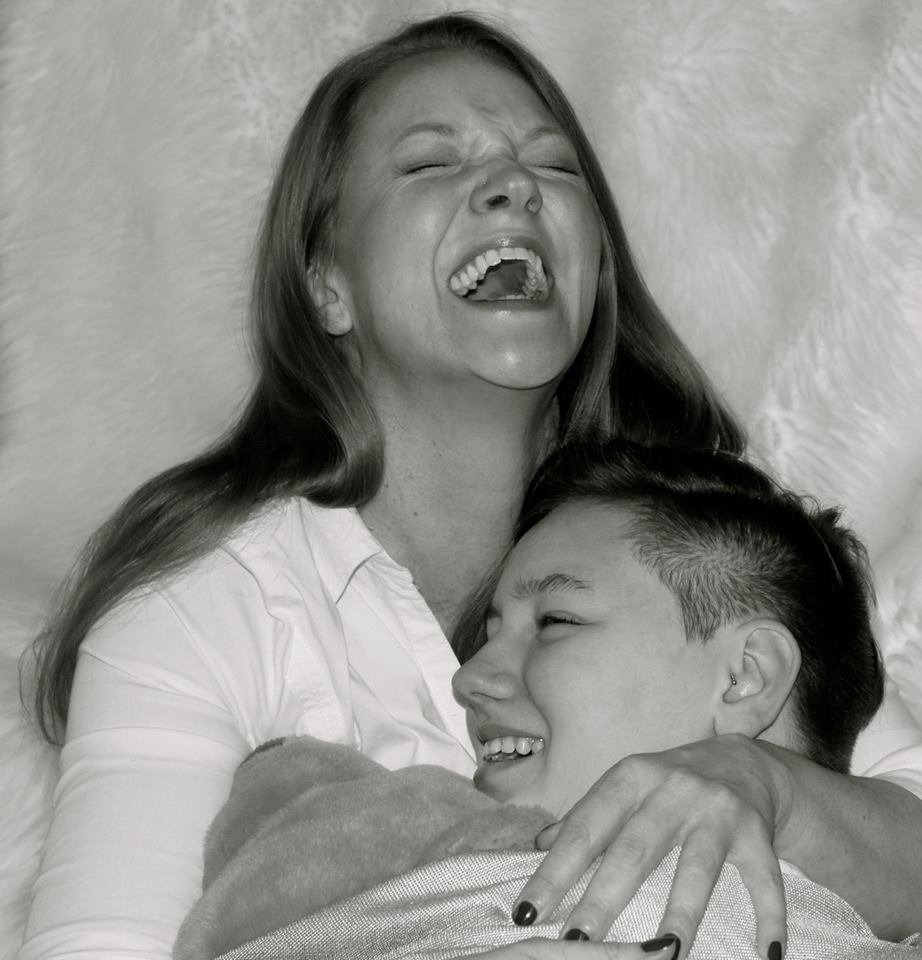 Every mom (well almost every mom, not me), has that photo that captures the moment their little one officially made it into the world. Here's Heather and Adrian's!

Welcome to the world, Adrian! 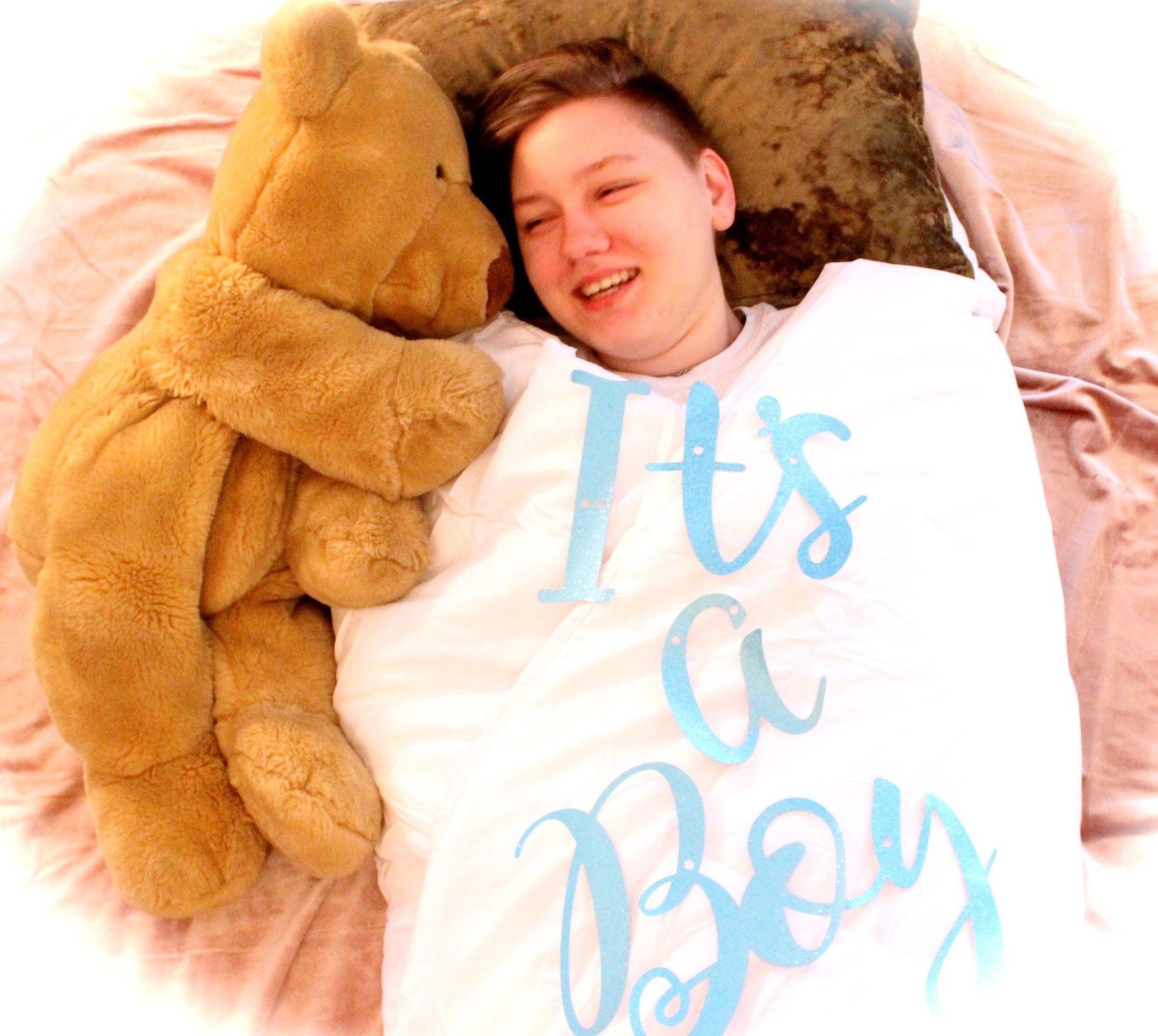 Heather said that she wanted to do this photoshoot for Adrian's birthday to, "...celebrate the fact that he silently and bravely stepped out of the race that he never wanted to be in, found his own lane and proceeded to win."

What a great idea!

Here he is, coming out — quite literally. 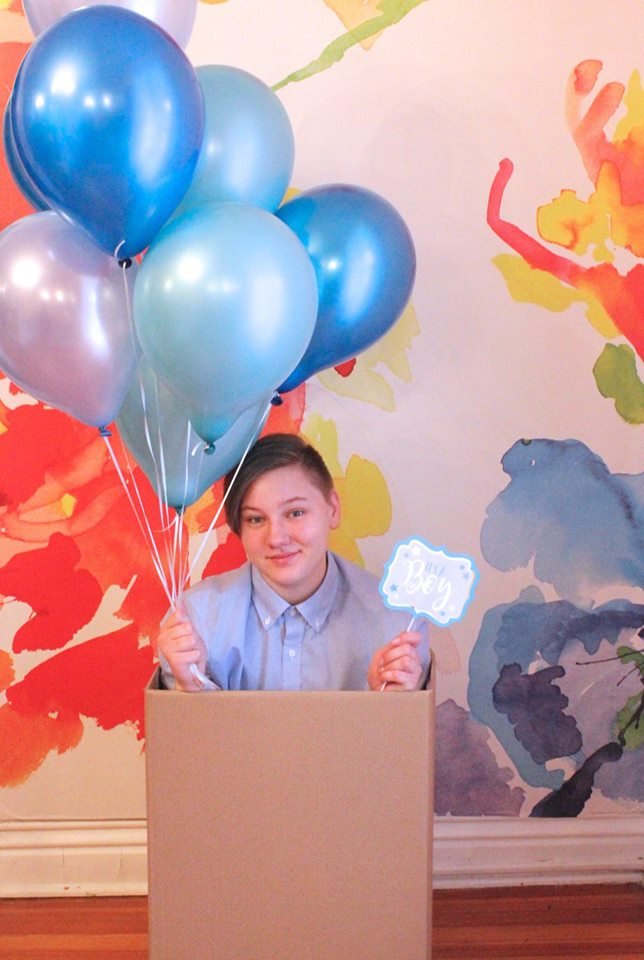 There’s a certain lightheartedness about these photos that you often don’t see in situations like this. For parents to truly accept their child as they are, and for them to participate in something like this is really wonderful.

Assuming this is his brother, it’s great to see his siblings being just as accepting as his mom. 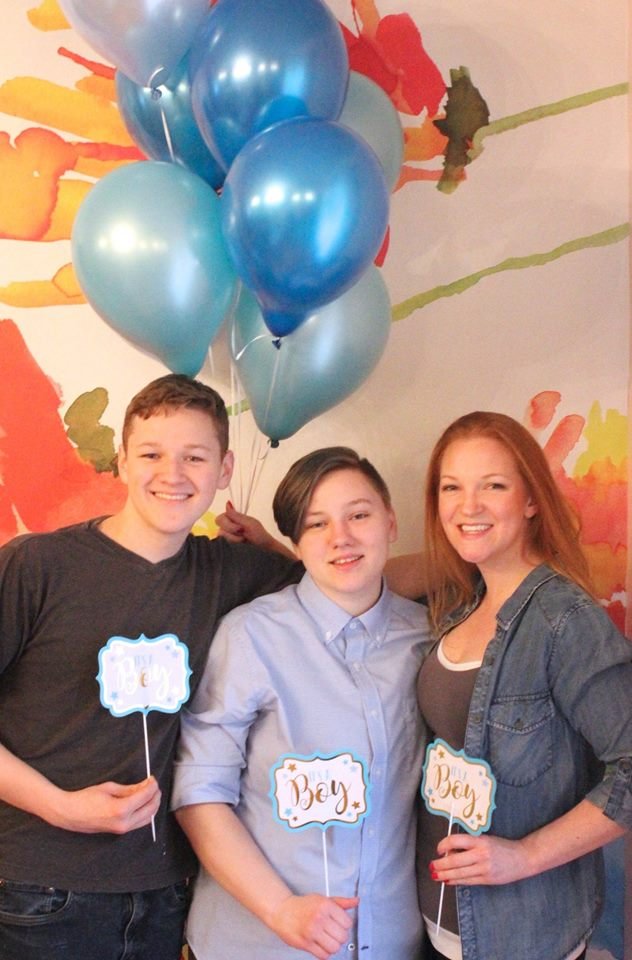 Plus, these two boys look pretty darn similar! It was meant to be.

The faux-surprise aspect of this entire situation really makes it all the more funny, and all the more sweet. 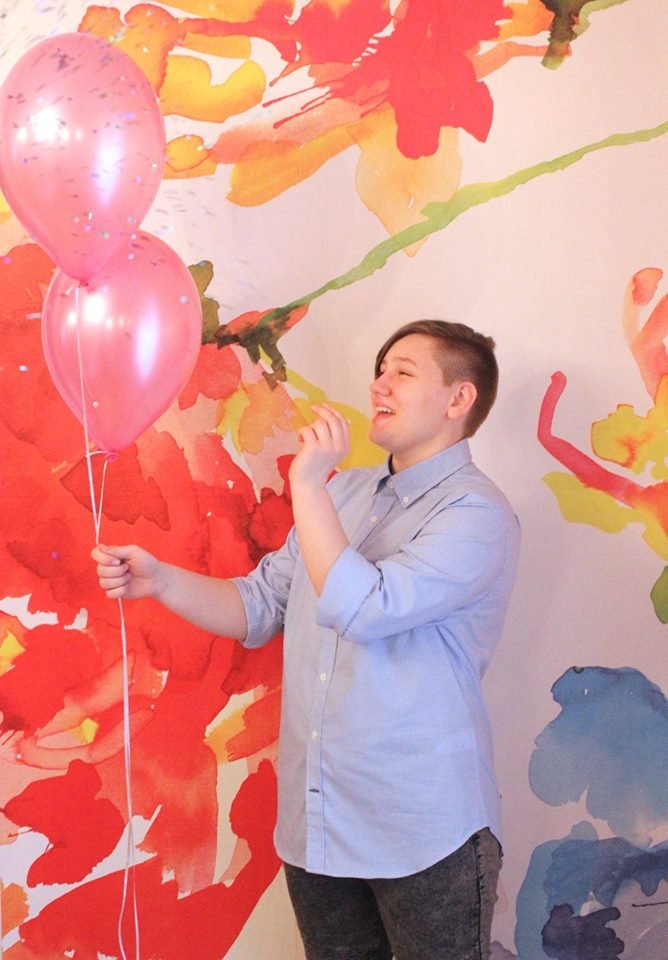 They had balloons to amp up the mystery.

They used those for a gender reveal. 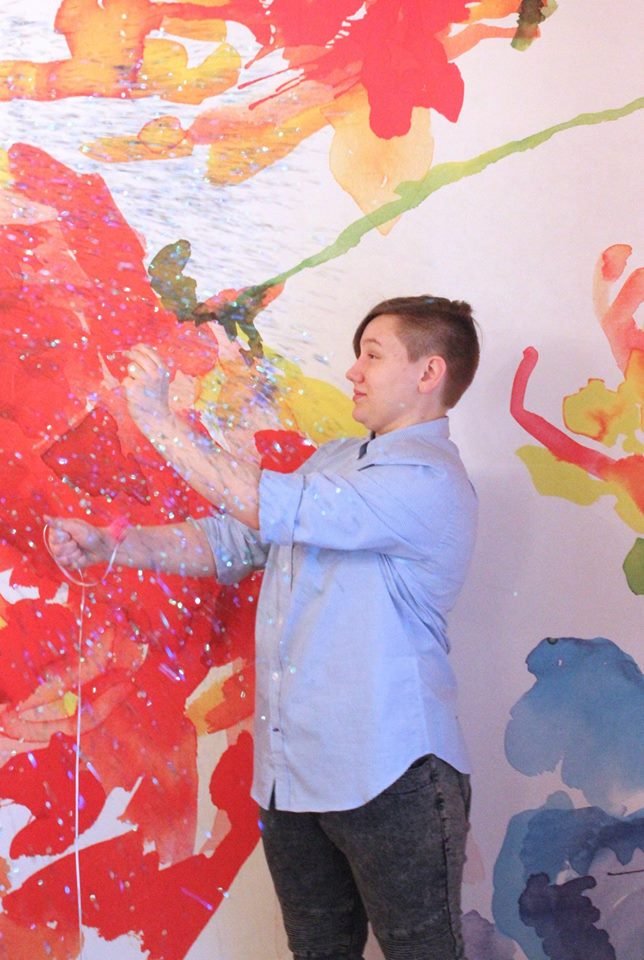 I'm actually LOLing at this. Personally, I'm not really into gender reveals in the first place, but this is actually a really cute (and funny) idea.

It makes sense that when you’ve lived years and years as the wrong version of yourself, you really have to bask in the change. 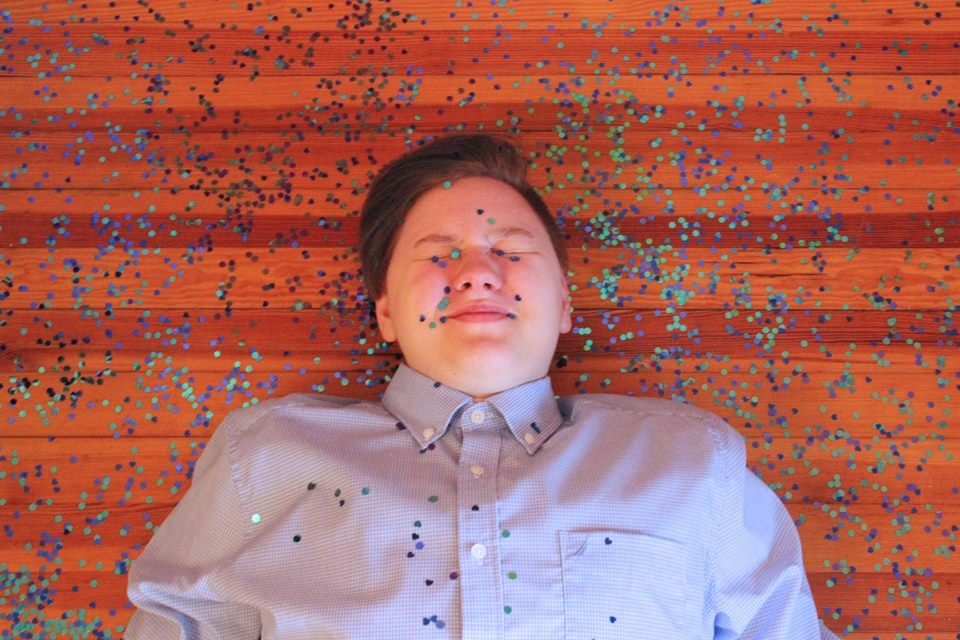 He can swim in that gender-reveal glitter all day and make glitter angels if he really wants to. He deserves it!

This photo really speaks to the overall theme — having the freedom to let his new gender lead the way and carry him to happiness! 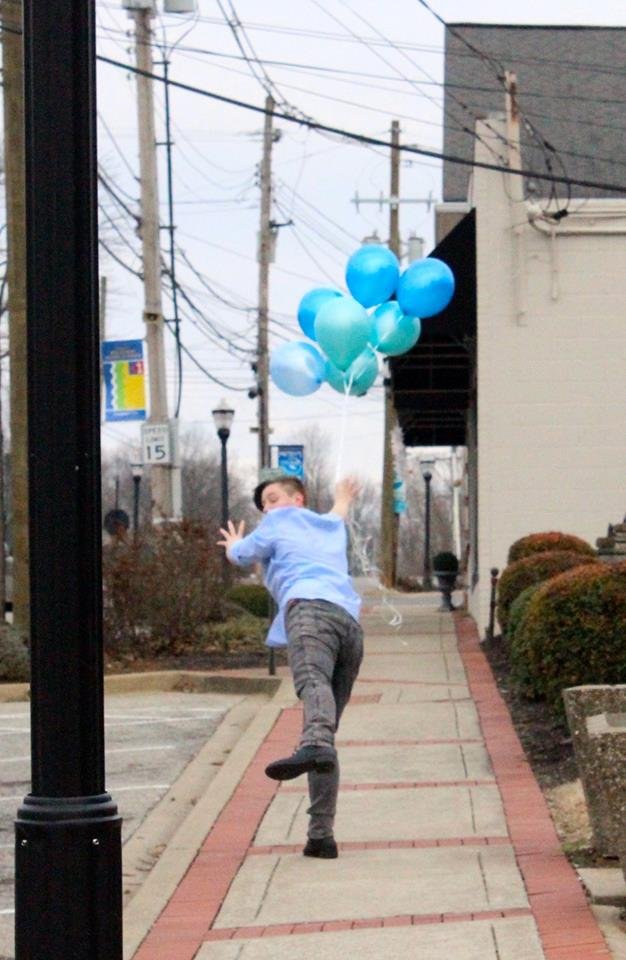 They concluded their celebration outside, with confetti, balloons, and family. 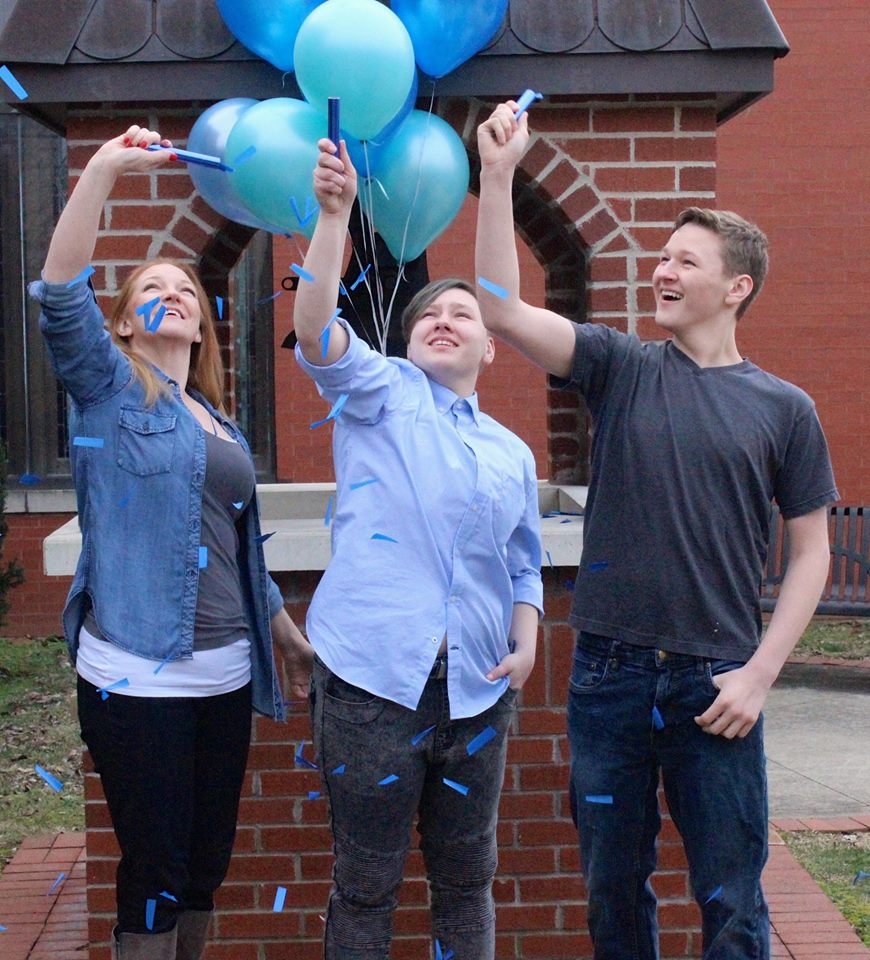 "You are without a doubt the most fascinating human I know and I will always be your biggest fan! ” his mother wrote. 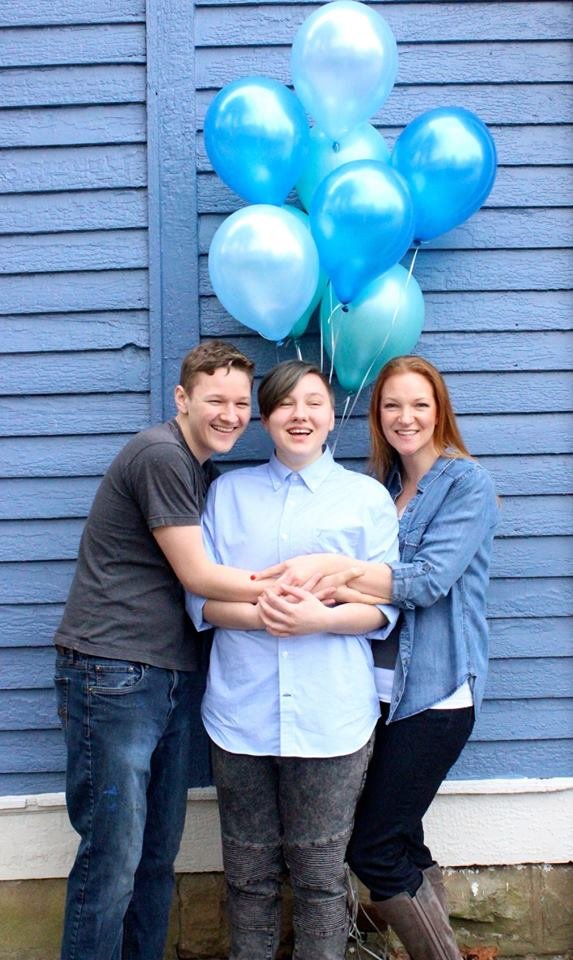 You can really tell that this family loves and supports Adrian.

" I love you, I honor who you are and I respect your courage to be unapologetically you!!" said Heather in her Facebook post.

Many people have also commented on the post and are praising Heather for her creativity and for supporting her son.

Others applauded Heather's ability to accept her son and love him unconditionally.

All parents, whether your child identifies as a member of the LGBTQ+ community or not, will go through challenges.

Loving your child unconditionally is the most important thing to keep in mind.

I'm sure Heather and Adrian never expected this photoshoot to go viral.

With thousands of reactions and shares on Facebook, it's safe to say that people are loving these photos. I'm sure other LGBTQ+ parents will be inspired to do something similar with their kids in the future.