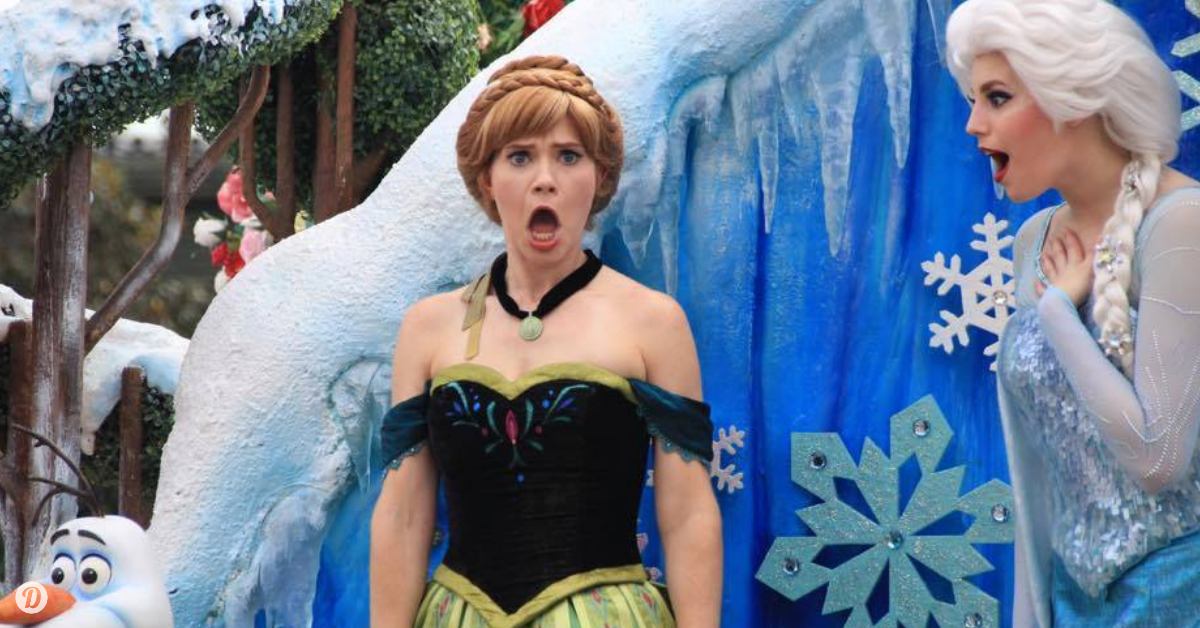 There's a reason Disneyworld (and Disneyland, and Disney's various international destinations) gets referred to as the happiest place on Earth. It's because everything — from the smells pumped into the parks to the fact that costumed characters have a whole system to avoid being seen without their garb — is meticulously engineered to give guests the most Disneyfied experience possible. And, as we'll read, this often entails going above and beyond.

Two Belles of the ball. 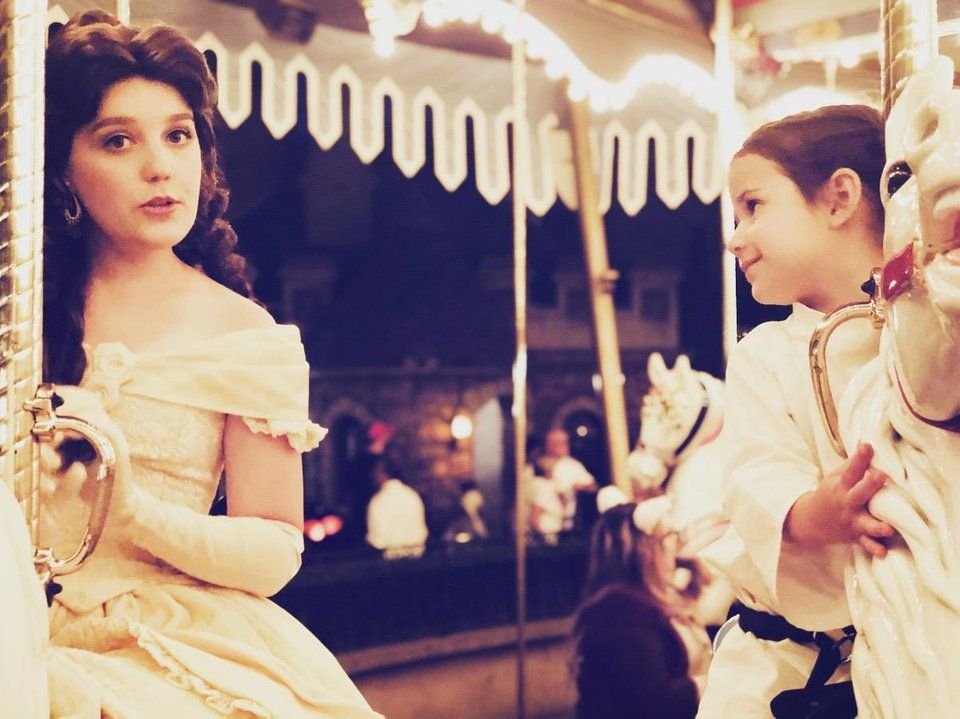 Redditor hellosissy posted this sweet pic of their daughter on a carousel at Disneyland in California. The actress playing Belle from Beauty and the Beast sat down with the little girl and had a good chat, princess to princess.

Goofy will help you — in-character!

Kids get lost all the time at big theme parks, so it's nice to know Disney employees are prepared to help Redditor Erected_Naps shared a story of losing his parents and asking Goofy (his favorite character) for help. Goofy found the parents, and didn't break character once! 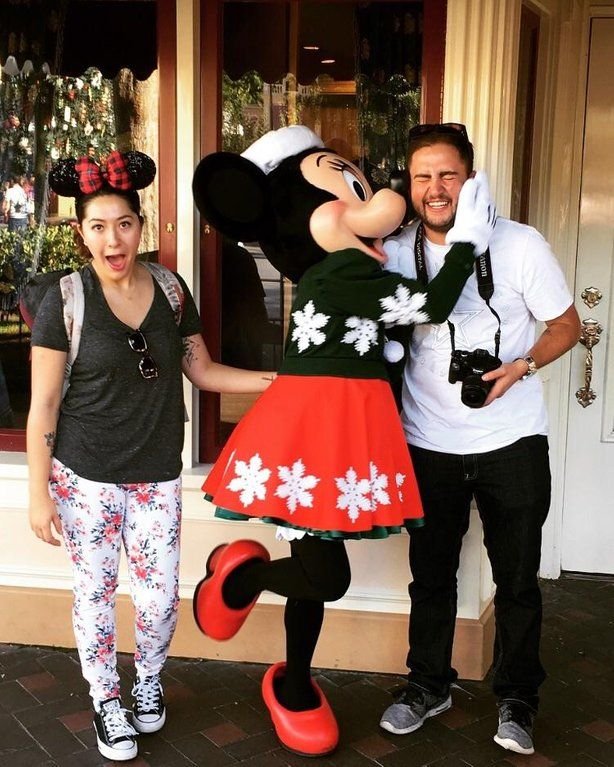 This pic from Redditor ihefkin is captioned "The moment Minnie betrayed my girlfiend". The expression on his girlfriend's face is priceless. C'mon, Minnie, he's clearly taken — hands off! 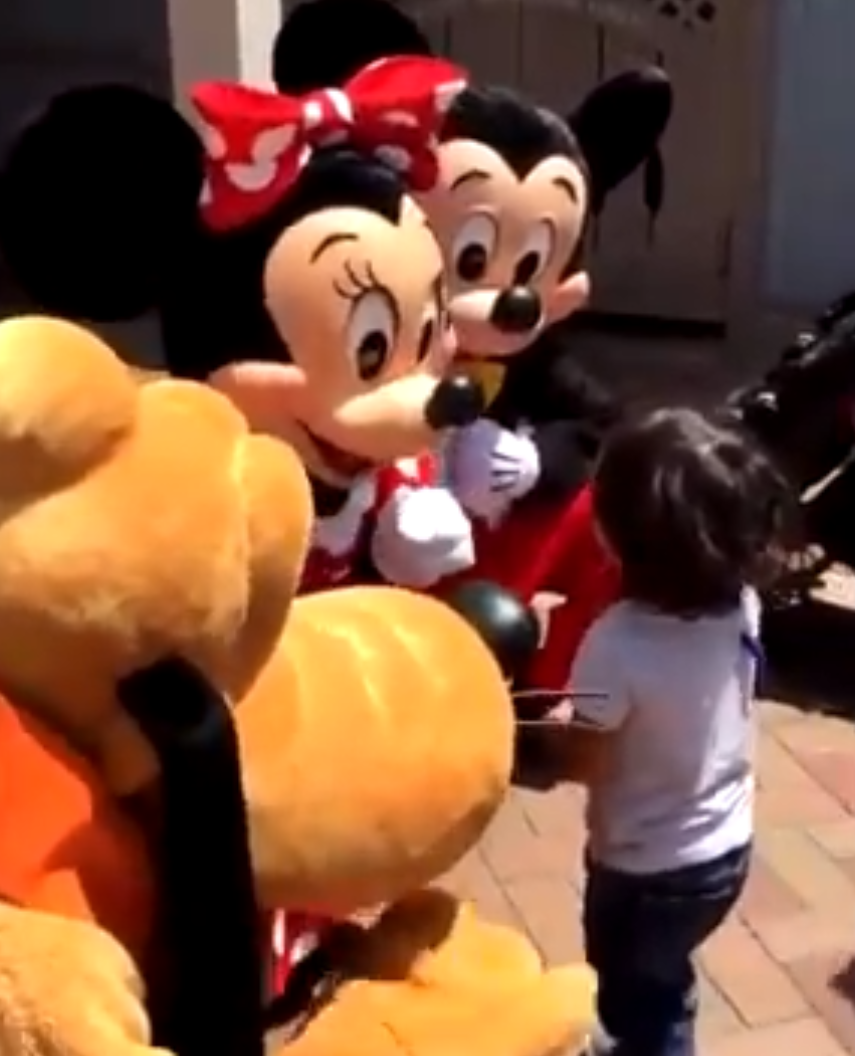 This little boy is deaf, so Mickey and Minnie immediately took a knee and had a sign language convo with him despite their bulky gloves. As if this video from @KyleEdwards isn't cute enough already, the sequence ends with a big hug.

Donald is just one of many ducks. 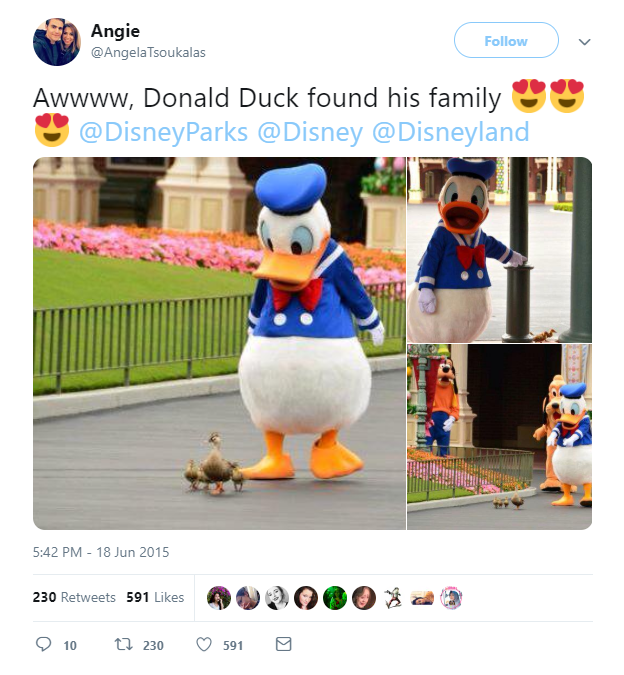 He comes off as irritable and annoyed in the cartoons, but at the end of the day, Donald is just another duck. @AngelaTsoukalas tweeted these pics of Donald hanging with his fellow ducks.

Even the bad guys pose for pics 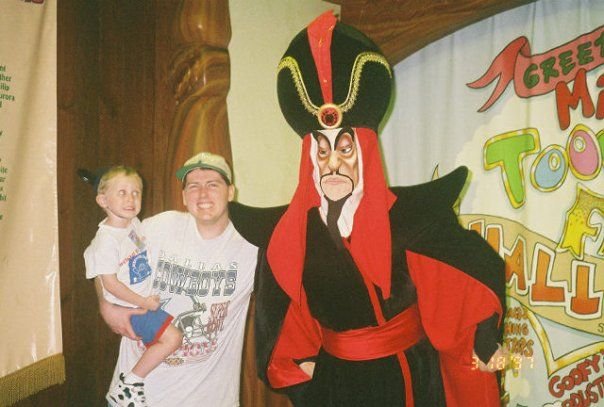 The nice thing about Disney resorts is that all of the characters frolic freely without any of the underlying tension of the films. Even Jafar is down to make nice with this family. The kid, Redditor WikaWikaFunkyJ, doesn't look convinced, however.

They'll definitely notice if you wear the wrong shirt. 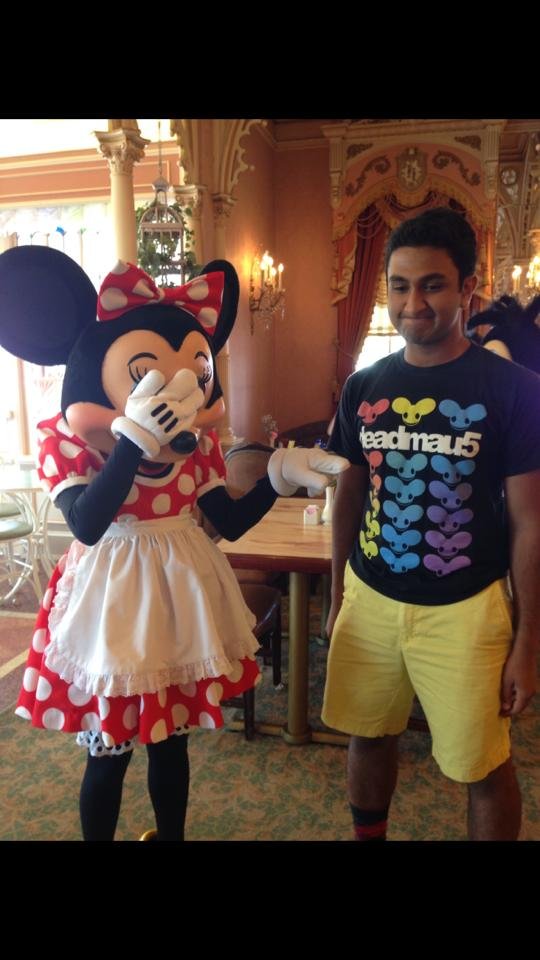 I love this pic that JordanEpps posted on Imgur. I don't think Minnie is mad at his wardrobe choice, just disappointed that someone would have the audacity to rock a Deadmau5 shirt next to a Disney mouse.

It's never too late to live your dream. 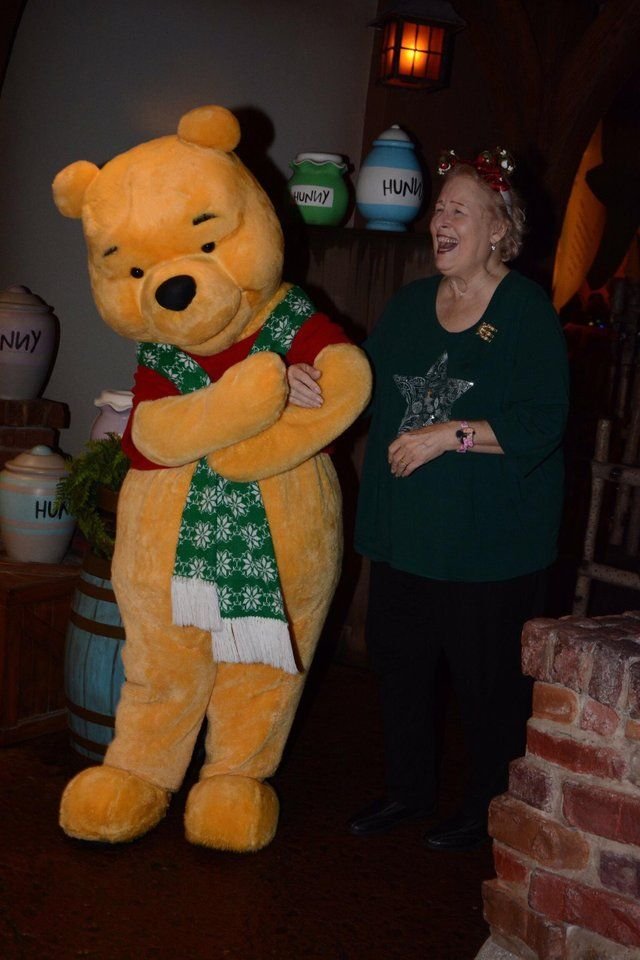 The story behind this will make your heart melt. Redditor jenitails shared this pic of her mom who finally, FINALLY got to meet Winnie the Pooh after battling two types of cancer and chemo for years. 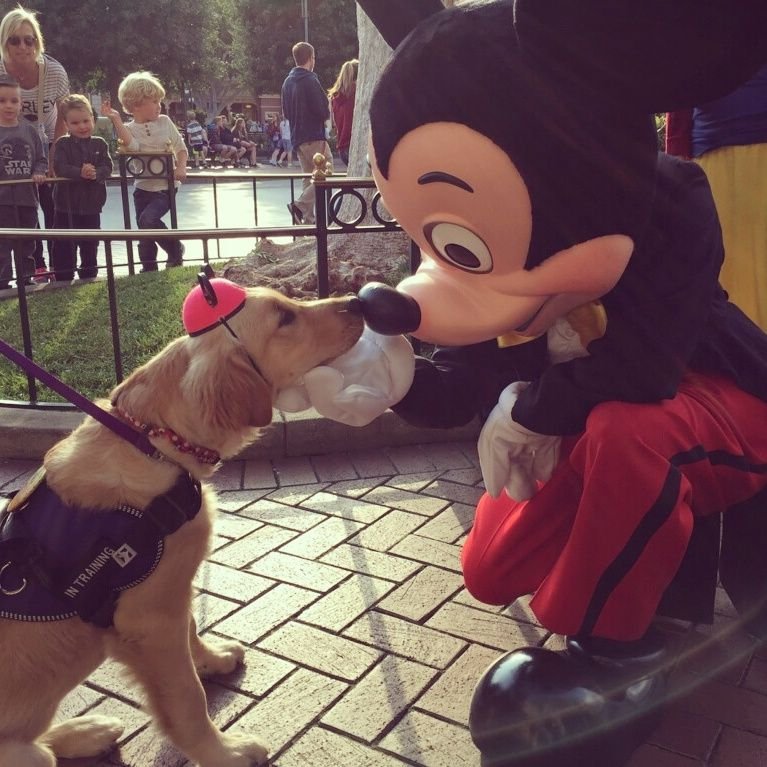 This photo from Redditor laurathedoggiediva shows an autism service dog in training meating Mickey. You can tell the dog is super chill when it's able to be this relaxed around a person in a gigantic mouse mask. 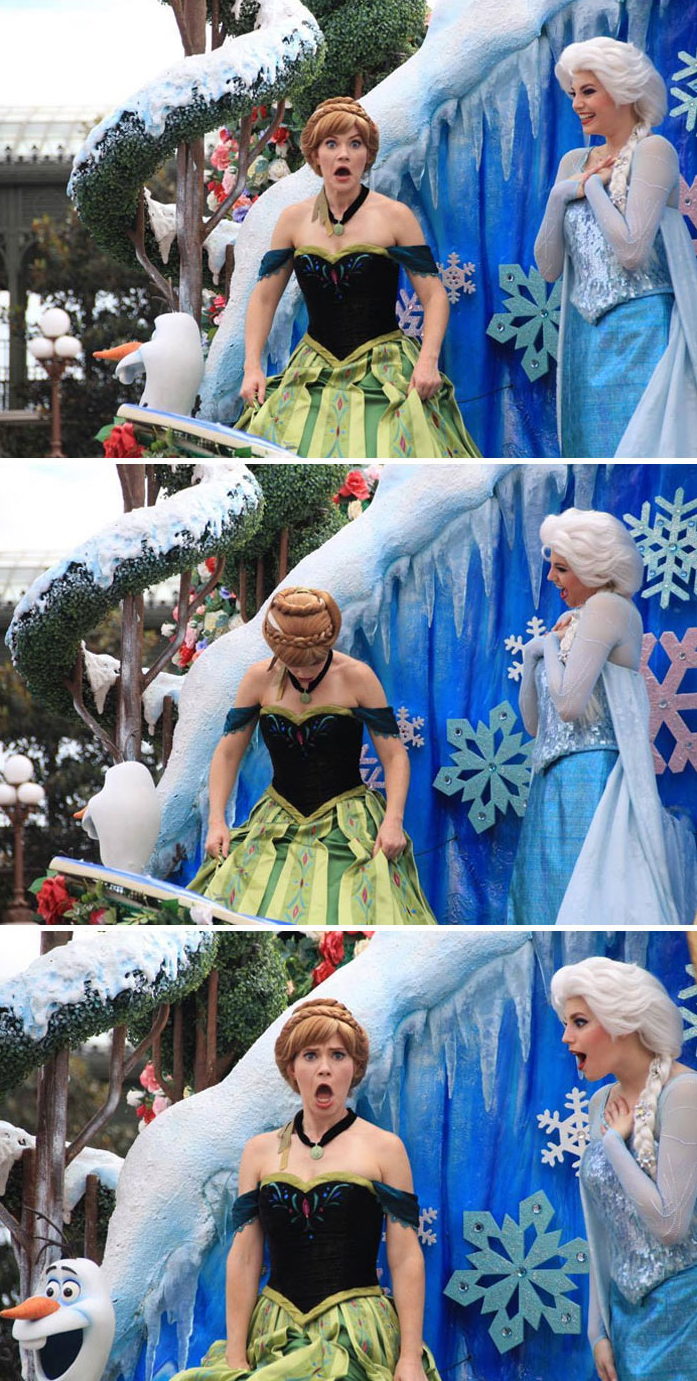 This sequence, posted by deadlydisney on Tumblr, shows what happens when the actress playing Anna from Frozen spots her doppelgänger in the crowd. It's awesome to see that there's room for improvisation as they play their part.

Pluto will hang out with his brethren. 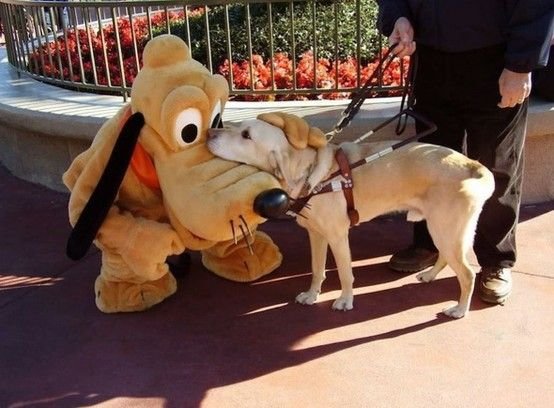 A Disney cast member dressed up as Pluto the dog meets an actual dog (a guide dog, no less), in this sweet pic from Redditor leliocakes. I love how much the guide dog seems to enjoy Pluto's soft fur.

Kids can take on the Dark Side. 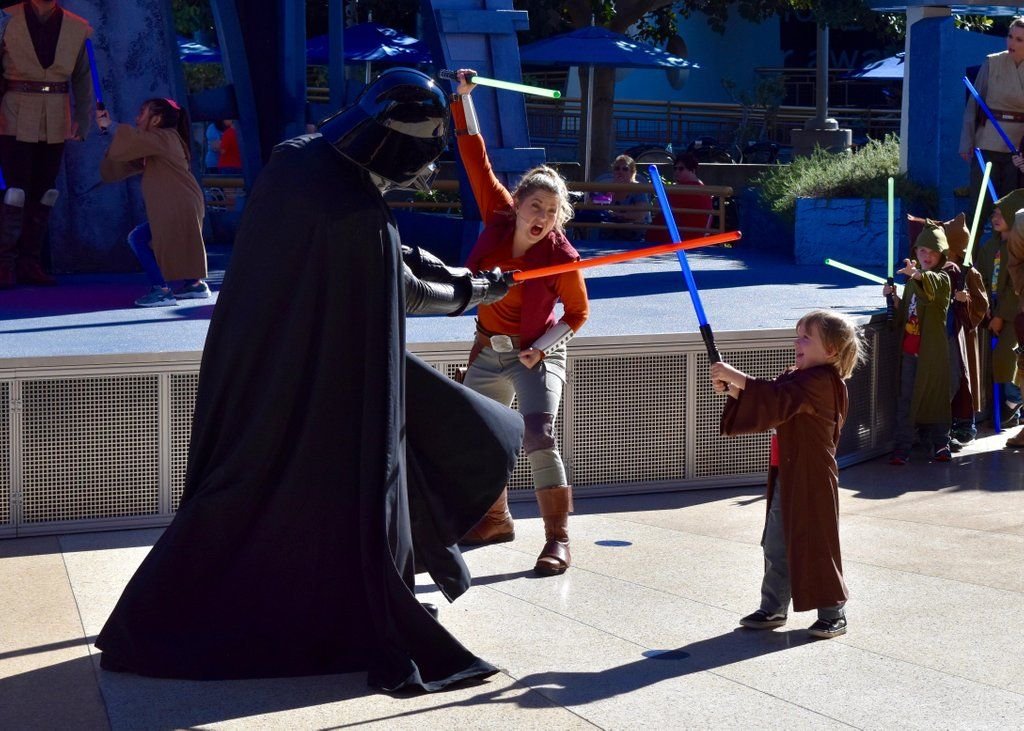 Impromptu lightsaber battles are par for the course at Disneyland, now that Disney owns LucasArts. This shot from Reddit shows the joy that Disneyland cast members can bring to kids.

Prepare to be photobombed. 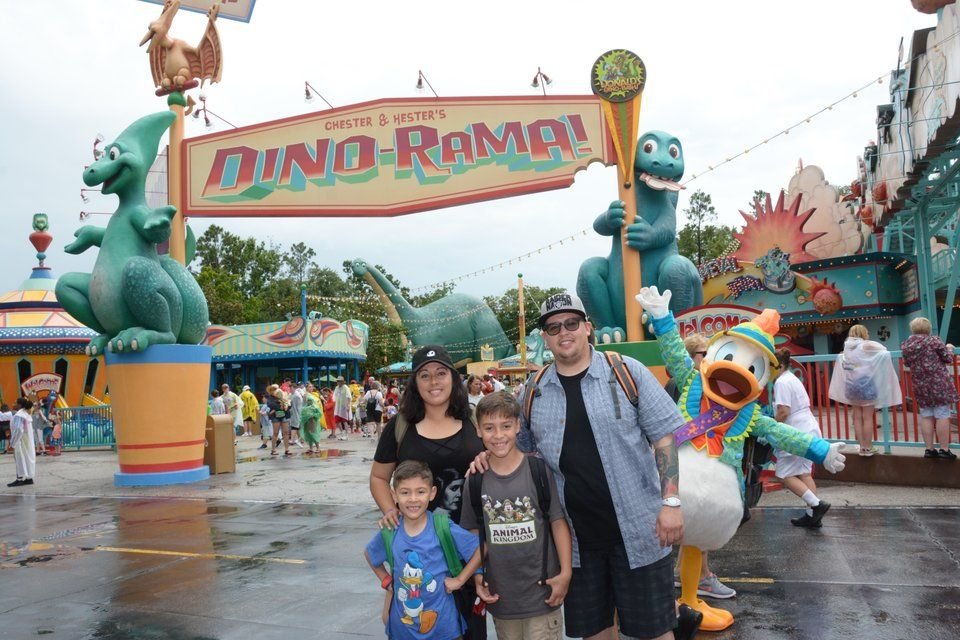 Redditor QuiGonnHank just wanted a nice pic of his family at Disneyworld, but he didn't account for Donald's antics in the background. The nice thing about a photobomb like this is that it just makes the pic that much better.

Even the maintenance work is magical. 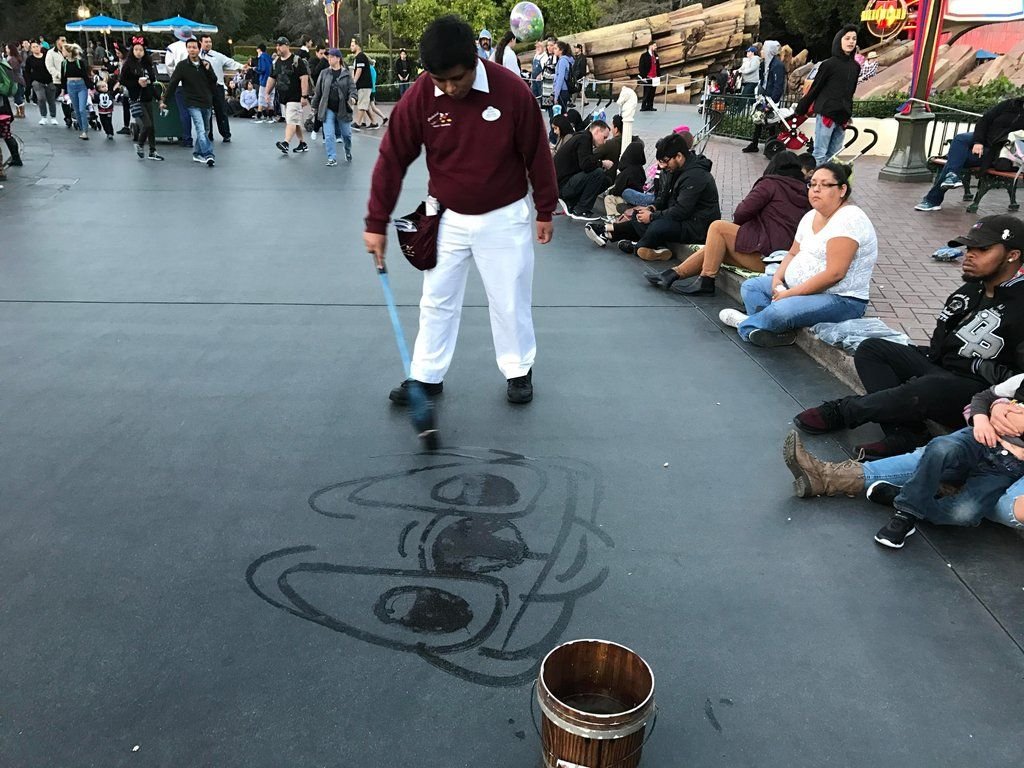 This is just water, a mop and a bucket, but the maintenance worker is so talented that he can create temporary Disneyfied designs in the pavement. This comes from Redditor warmhedgehugs.

They really go the extra mile. 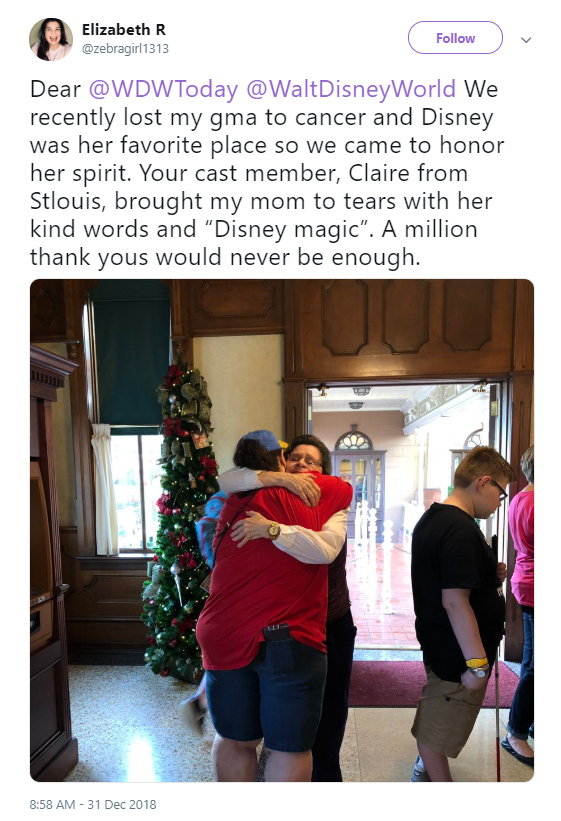 This heartwarming story tweeted by @zebragirl1313 pretty much speaks for itself. It's amazing that Disney, a massive and profitable corporation, still manages to do the little things to make their guests feel special.