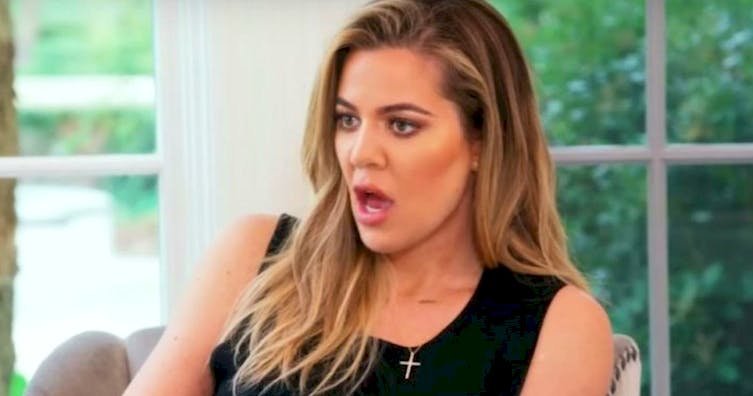 A Troll Called Out Khloé Kardashian For Loving Tristan Thompson, And Her Clapback Was Epic

It's been two months since Tristan Thompson's supposed infidelity scandal broke the internet, and in terms of drama, little has changed. Khloé Kardashian is still facing a ton of questions regarding her relationship with True's father, none of which she's directly addressed.

However, one Twitter user seems to have gone too far on the subject, leading Khloé to finally clap back.

The whole thing started when @MegsyM23 shared her version of #WednesdayWisdom on Twitter. 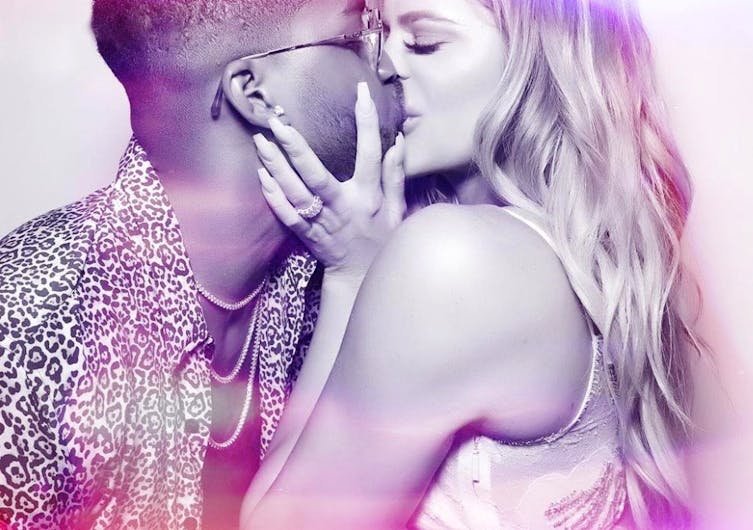 "A year from now @khloekardashian will be over all of this and feeling salty for her super passive IG posts," wrote @MegsyM23, referring to Khloé and Tristan's relationship.

"She's just in the stage of 'but I love him!' Until then let her pretend he's changed and they'll be a happy family. #WednesdayWisdom," added the user.

In terms of "super passive IG posts," @MegsyM23 may be referring to a few of Khloé recent Instagram photos. 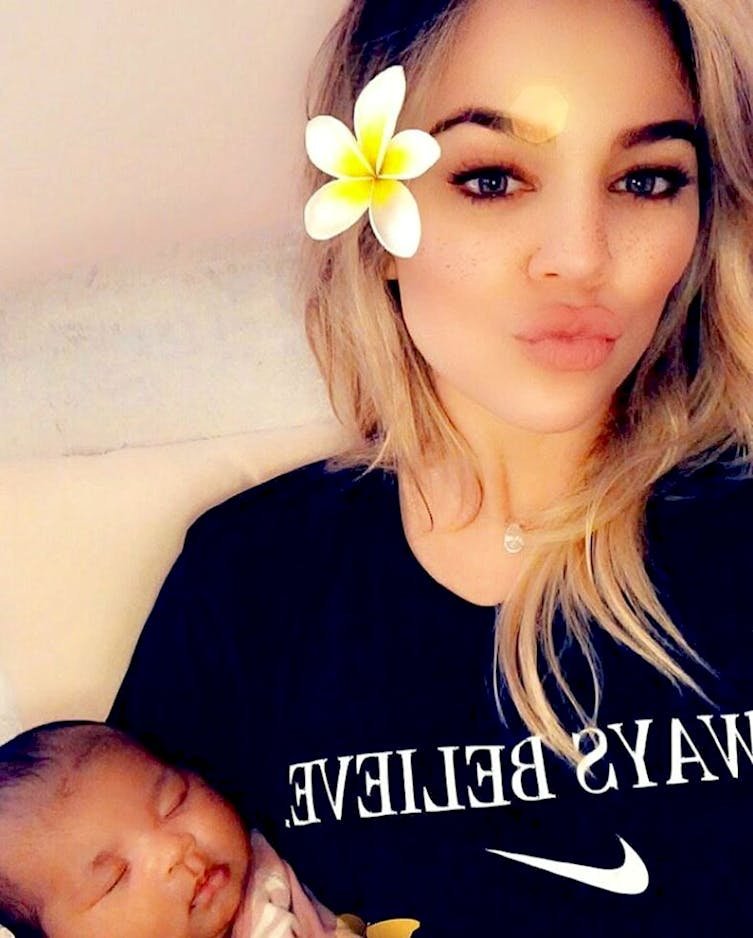 Unsurprisingly, Khloé hasn't addressed the cheating scandal on Instagram. Instead, all of her comments about Tristan and her daughter have been very optimistic.

For example, shortly after True's birth, Khloé wrote, "Our little girl, True Thompson, has completely stolen our hearts and we are overwhelmed with LOVE." 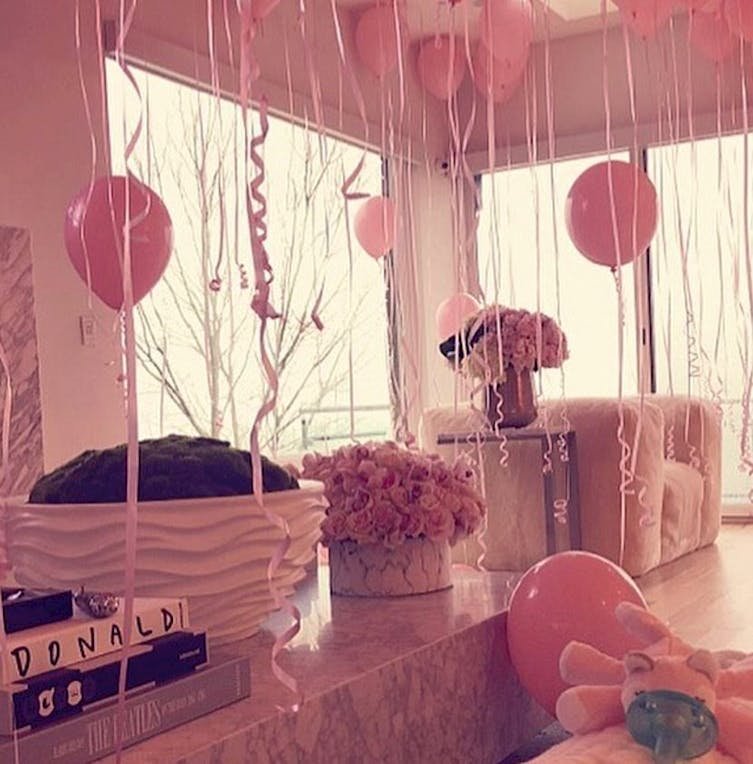 "Such a blessing to welcome this angel into the family! Mommy and Daddy loooooove you True!" she added.

Anyway, a ton of people hopped on board with @MegsyM23's tweet. 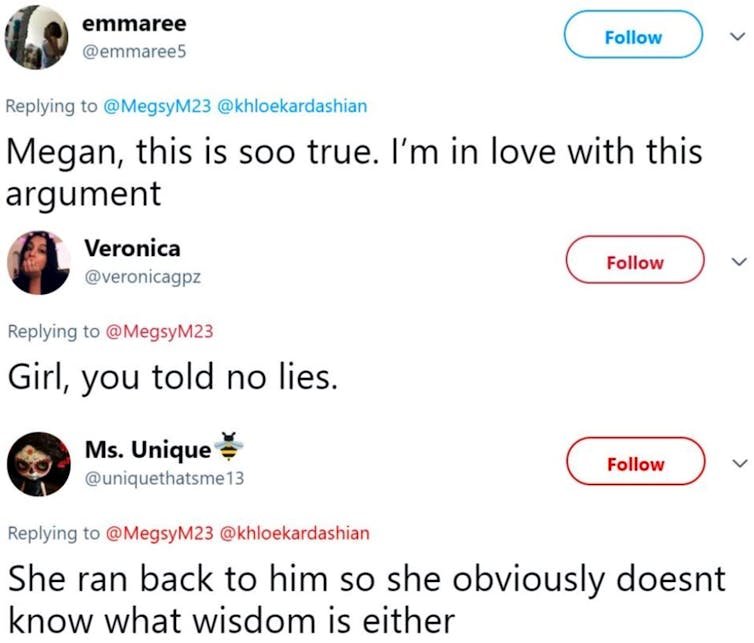 Obviously, there's a large group of people who are bothered by the fact that Khloé hasn't officially dumped Tristan or come out and said anything negative about him.

Evidently, though, Khloé couldn't let this one slide. 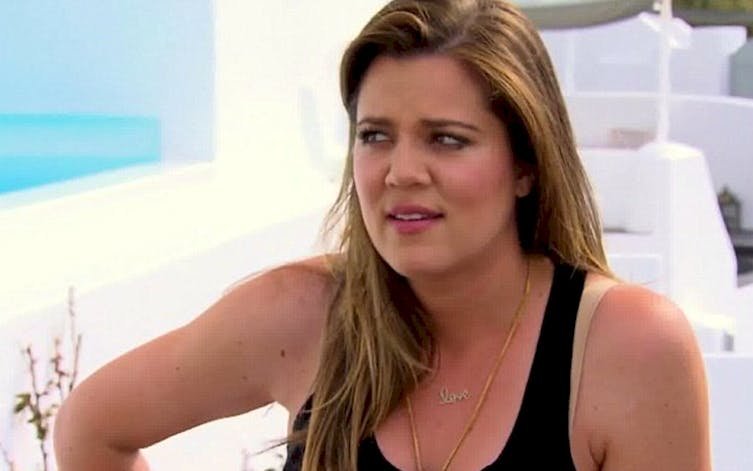 People probably @ Khloé Kardashian thousands of times a day on Twitter, and we can only imagine how many of those instances involve negative comments about her relationship with Tristan.

Needless to say, Khloé has to ignore a lot of negativity. 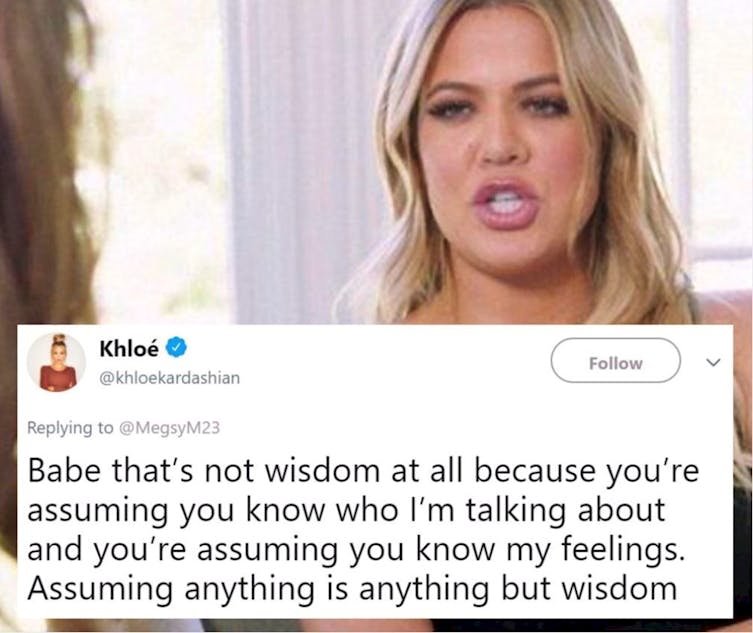 But not this time. Instead, she replied to @MegsyM23's tweet.

Now, wait a second — Khloé seems to be referring to her own passive-aggressive posts on Twitter, not passiveness on IG. 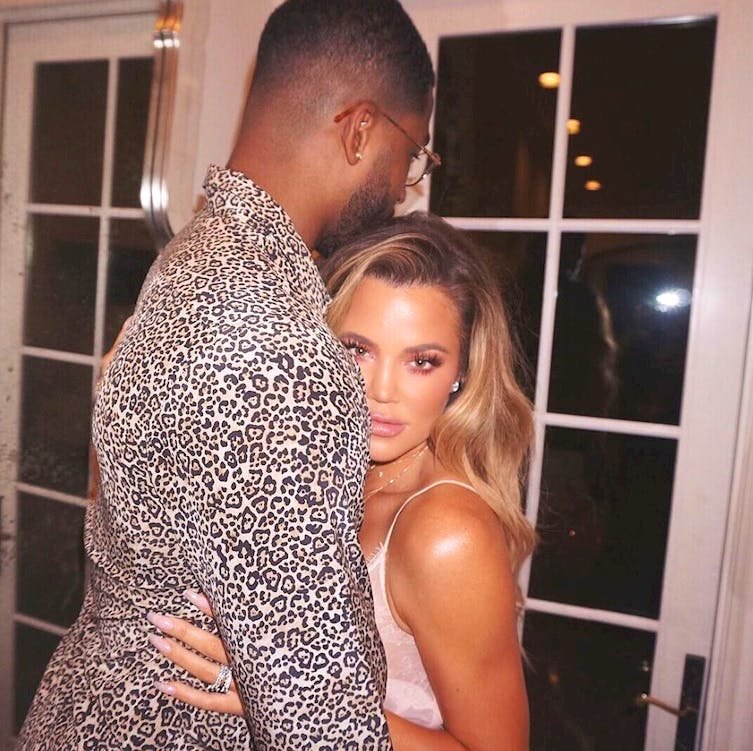 There appears to be some confusion here. Regardless, Khloé has recently tweeted a few things that might be considered passive-aggressive.

For example, she tweeted, "Most of the ones giving advice are in no place to give anything at all. Focus on your own world. I’m sure there’s cracks there that need your attention."

And that's not the only tweet from Khloé of that sort. Recently, she sent out a bunch of subtweets about people being too focused on lives that aren't their own.

But the part in Khloé's response where she says, "Assuming anything is anything but wisdom," holds true in either case. 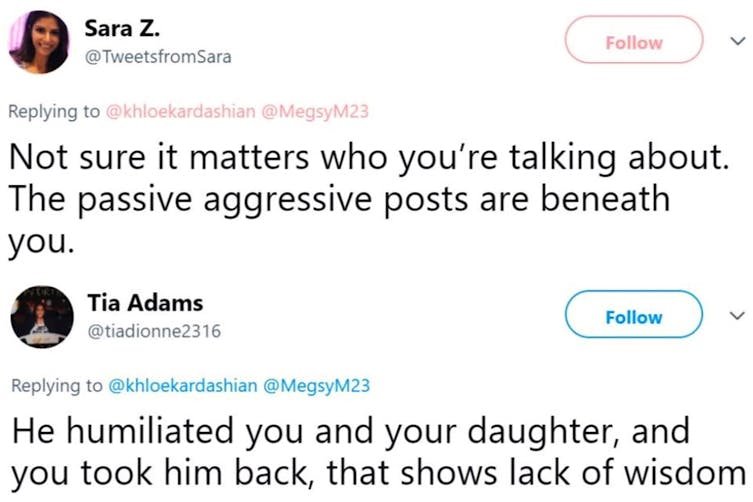 After all, anyone discussing Khloé's relationship with Tristan has to be assuming everything because we've heard nothing concrete from either of them.

But despite Khloé making this clear in her response, a lot of people are still upset with her.

Ultimately, though, having your life under a magnifying glass comes with the territory of being a Kardashian. 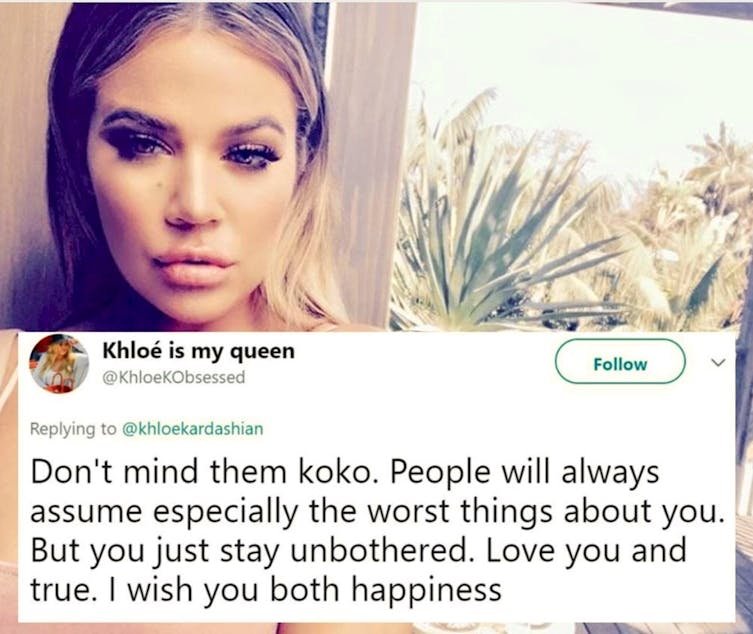 On the bright side, for each one of Khloé's haters, there's a loyal fan there to support her.

Which is important, because we doubt this is the last negative comment Khloé will have to hear about her relationship with Tristan. 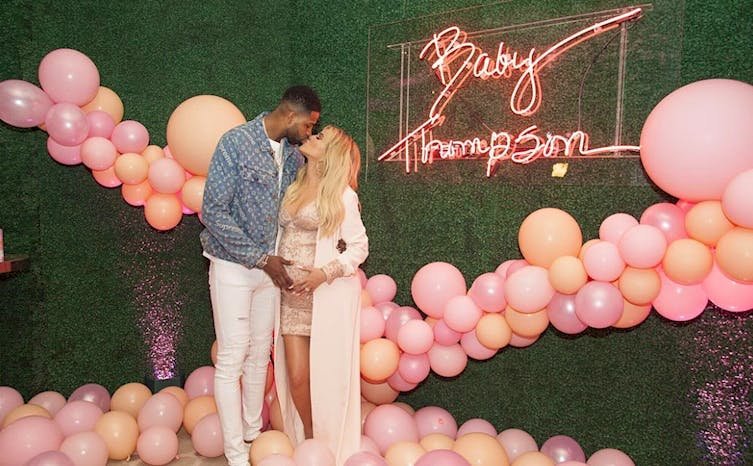 What do you think of Khloé's response? Let us know in the COMMENTS!