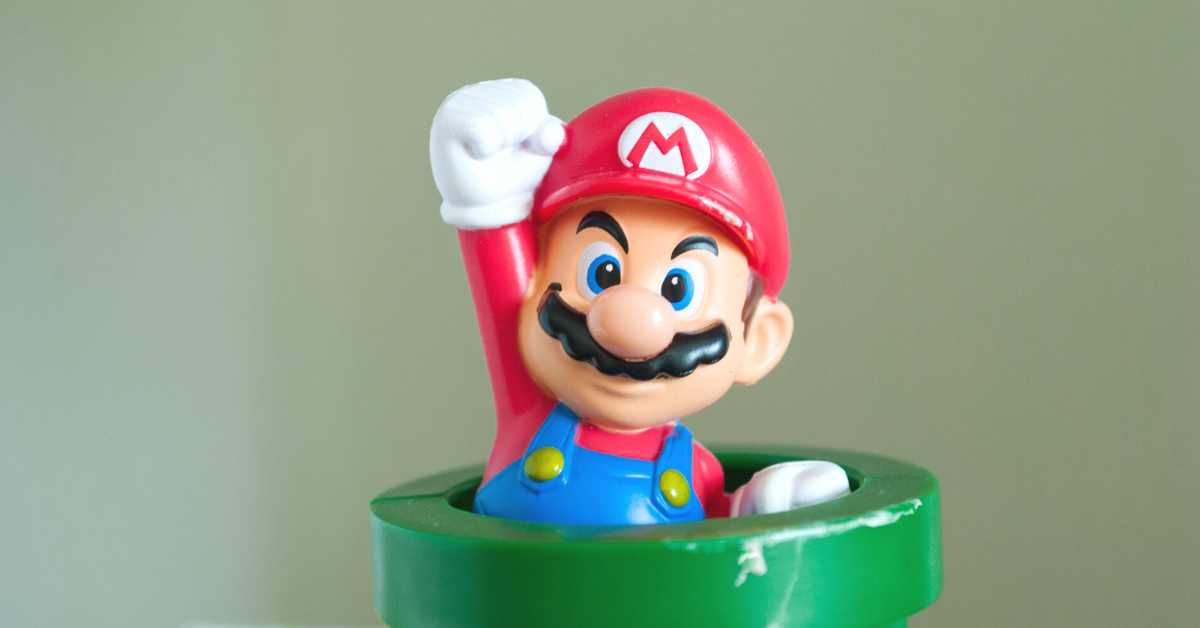 One of the more unexpected and baffling things to happen in recent memory is the unlikely run on Wall Street by a plucky, upstart, ragtag gang on Reddit.

It's a fairly confusing story, especially for those of us who don't know the Wall Street lingo, but at its most basic level, a group of Reddit users found out some hedge fund billionaires were shorting the stock of GameStop, standing to make money should the company falter. So the Reddit gang got together to drive the price of the stock up, which worked out probably better than they could have hoped.

GameStop's stock rocketed up an astounding 1,625%, costing some hedge funds up to about $4 billion. The trading volatility caused popular trading app Robinhood to suspend trading briefly.

And while this all sounds like rich folks profiting off of rich folks, some others have managed to benefit from all the hoopla, too.

Among those is Hunter Kahn, a 20-year-old Cornell University engineering student.

Kahn, who hails from Stillwater, Minnesota, got in on the action on Reddit early, trying to stick it to the "big boys on Wall Street," and his decision certainly paid off.

That sure sounds like a lot of fun money but Kahn won't be the only one having fun. 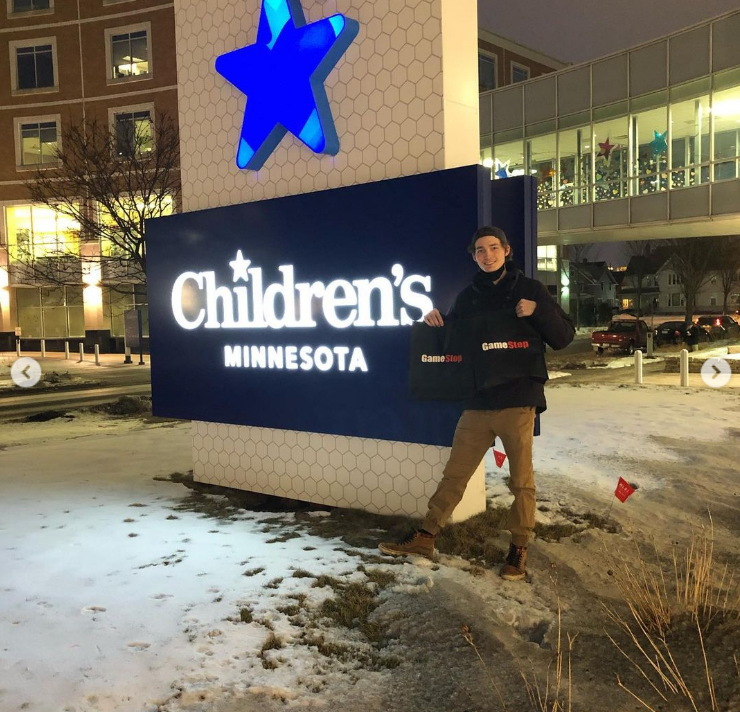 One of his first purchases was six Nintendo Switches and an armload of games, all of which he donated to Children's Minnesota Hospital in Minneapolis.

"There's no group of people more deserving of receiving a bunch of video games than some kids going through a hard time," Kahn told CNN.

While sticking it to hedge funds at their own game might have been the big idea, Kahn said that doing good with the funds is the real point of it all, at least for him. 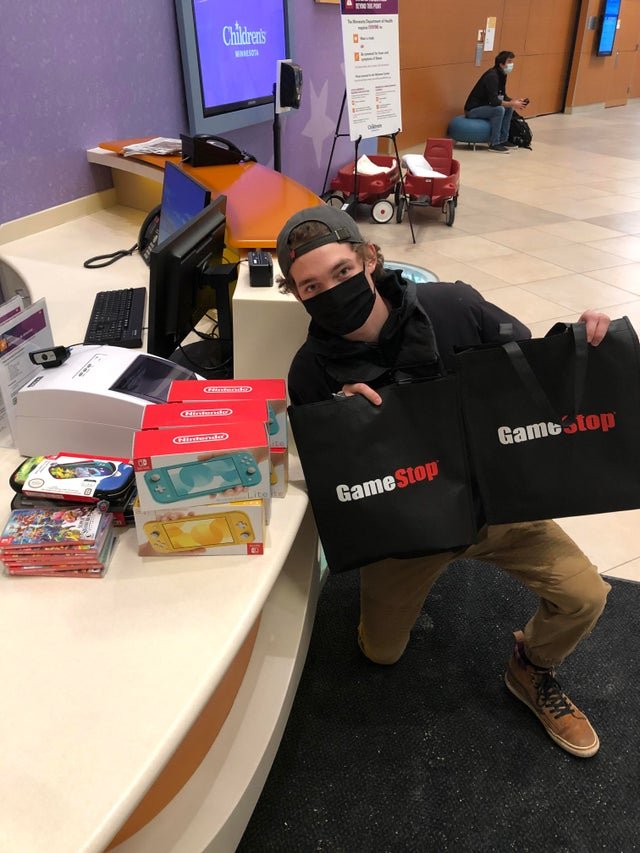 "A lot of people are saying that this is somewhat like a transfer of power, but if the money’s going from here just to the other side, there’s no difference if we just are acting the same way as the people that we’re criticizing," he told WCCO. "It’s important that we don’t become men in suits ourselves, and use our money for good."

And that big donation, about $2,000 worth of fun for sick kids, brought Kahn some joy as well.

"It was a better feeling than waking up in the morning and seeing that [GameStop’s stock price] was on the moon," he told WCCO. "I love video games. I know it would be terrible being a kid in a hospital with like no joy helping them through."

Jennifer Soderholm, president of the Children's Minnesota Foundation, told CNN that the Nintendos are already in use. "We're so grateful for this generous donation that will help bring joy to kids at our hospitals, especially during these challenging times," she said. "It's inspiring to see young people in our community choosing to give back and pay it forward."

Despite his success with the stock market, Kahn says he has no plans to change career goals.

He's not about to move from the engineering program to the finance program as he still dreams of building rockets for SpaceX, WCCO noted.

But the rest of Kahn's GameStop earnings will go a long way towards helping him achieve that dream — he'll be spending it on his tuition.