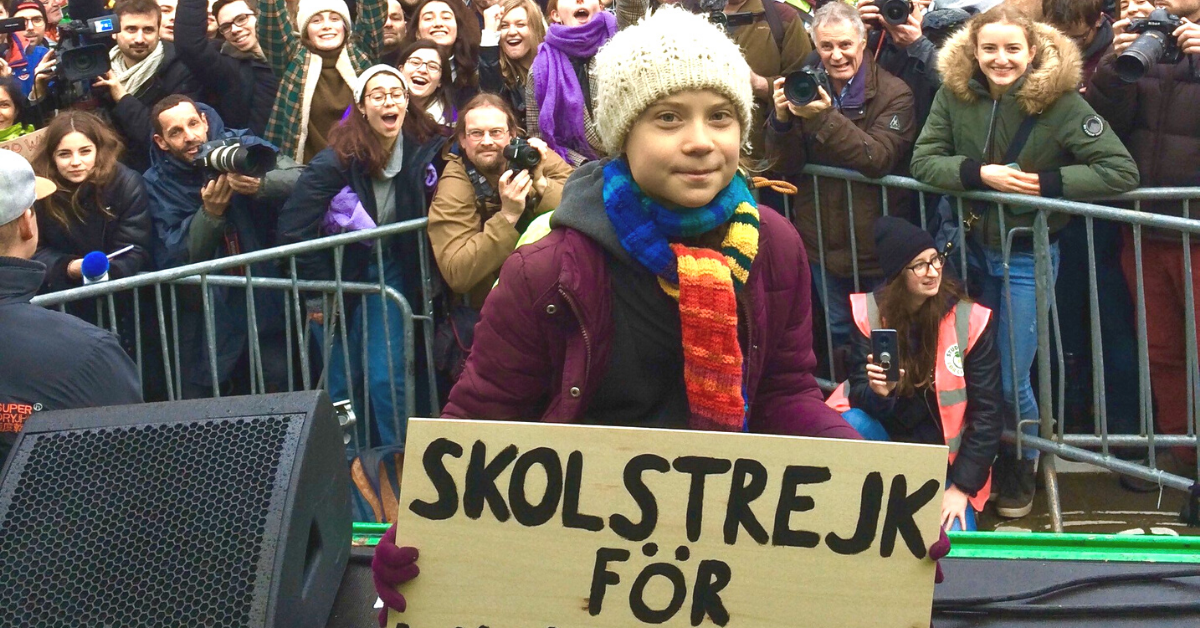 Greta Thunberg has been a great inspiration to many people, so much so that there is a supposed "Greta Thunberg Effect" — people who are familiar with Greta Thunberg are more likely to be engaged in climate action. But can a single person really make such a difference? A publication in the Journal of Applied Social Psychology put that question to the test. And, indeed, they found the Greta Thunberg Effect is real.

Many social factors influence our likelihood to take action against climate change.

We also know that the behaviors of environmental advocates can encourage people to be interested in sustainability. So, is Greta Thunberg tapping into these social motivators?

Greta Thunberg is not the typical leader.

She is young, not from an elite group, yet she has gained international recognition in a relatively short time — and some backlash from powerful people, such as Donald Trump when he was president.

An event that best demonstrates Thunberg's leadership is the #FridaysForFuture movement, for which she went on strike and sat outside the Swedish Parliament for three weeks leading up to an election. This action, along with social media, mobilized students around the world to take similar action. She has been credited with mobilizing 10 million people to join climate strikes.

Her message is collective and positive.

With all the doom and gloom around climate change, Thunberg’s message is positive. She insists that there is still time to change. She focuses her message on hope and promotes collective action. This likely helps people feel like they can make a difference, which is reinforced through collective action. People who believe they can make a difference are more likely to take action than those who are alarmed about the global climate crisis.

Researchers tested whether young people who were familiar with Thunberg were more likely to support climate activism.

Whether or not someone intended to act on climate change, they found that people familiar with Thunberg’s message were more likely to believe that collective action can stop climate change.

However, there are some limitations to the Greta Thunberg Effect.

The researchers found that people from liberal backgrounds were more likely to be inspired to engage in collective action, while those from conservative backgrounds are more influenced by their in-group than Greta Thunberg’s message.

There are also some limitations to the study. There is a chance that people who are more likely to engage in collective climate action are more likely to learn about Greta Thunberg instead of the other way around. Although the researchers acknowledge this possibility, the findings do not support that relationship as strongly.

Overall, the takeaway message seems to be that public figures can play a great role in uniting us around important issues. The Greta Thunberg Effect demonstrates the power that collective action and hope can have.