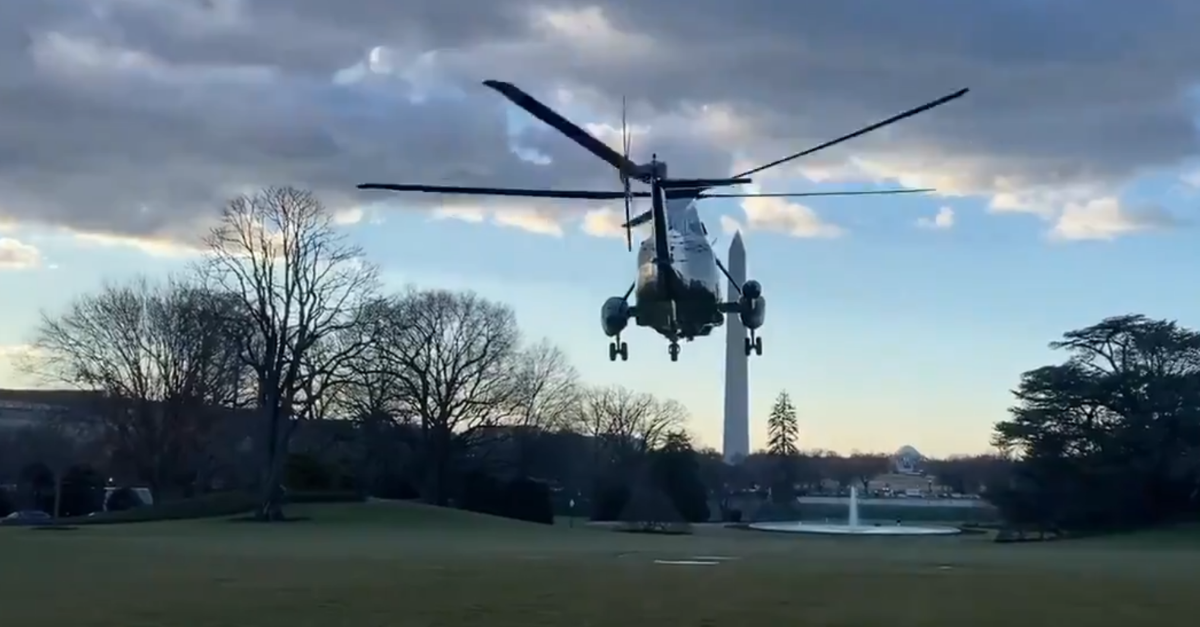 Today marks the final hours of President Donald Trump's administration and, given his penchant for unpredictability, it was only possible to estimate how his exit from the White House would go down until it actually occurred.

Although Trump had repeatedly made it clear that he would not attend President-Elect Joe Biden's inauguration, it remained somewhat up in the air as to whether this would mean he would simply leave the White House a few hours early or refuse to leave at all. After all, that second option was something he had considered as recently as a month ago.

However, it seems that cooler heads have prevailed and Trump left the White House for the final time relatively quietly.

On the morning of January 20, Trump and First Lady Melania Trump left the White House via its south lawn to board Marine One.

As The Chicago Tribune reported, he did this while waving and pumping his fist in the air, telling reporters that his time in office has been "The honor of a lifetime."

Soon after, Marine One lifted off and carried Mr. and Mrs. Trump to Joint Base Andrews where Air Force One was already parked.

According to CNN, the act of requesting use of this aircraft from Biden was a particularly bitter pill to swallow.

Indeed, the fact that Trump is the first president in 150 years to avoid his successor's inauguration should do a lot to illustrate the friction between the two.

Upon arriving at Joint Base Andrews, the Trumps were greeted by hundreds of supporters, a red carpet, and four U.S. Army cannons.

This information comes courtesy of The Chicago Tribune and, from the clip shared here, we can see that these cannons were present to give Trump a 21-gun salute.

After he landed, Trump addressed his family and supporters in an unscripted speech that went over the legacy of his administration.

As his supporters grouped tightly together on the tarmac — according to The Chicago Tribune — he claimed successes in increasing employment numbers, establishing the Space Force, and hinted that future improvements in the nation's economic performance were his doing.

It's worth noting that the Bureau of Labor Statistics puts the unemployment rate at about 6.7%. Their statistics also showed a decline in 140,000 nonfarm payroll employment for the month of December after a slow rebound from the dramatic decrease seen in the beginning stages of the COVID-19 pandemic.

We should also note one significant absence from the crowd Trump addressed before he's expected to make his way to his Mar-a-Lago club in Palm Beach, Florida. 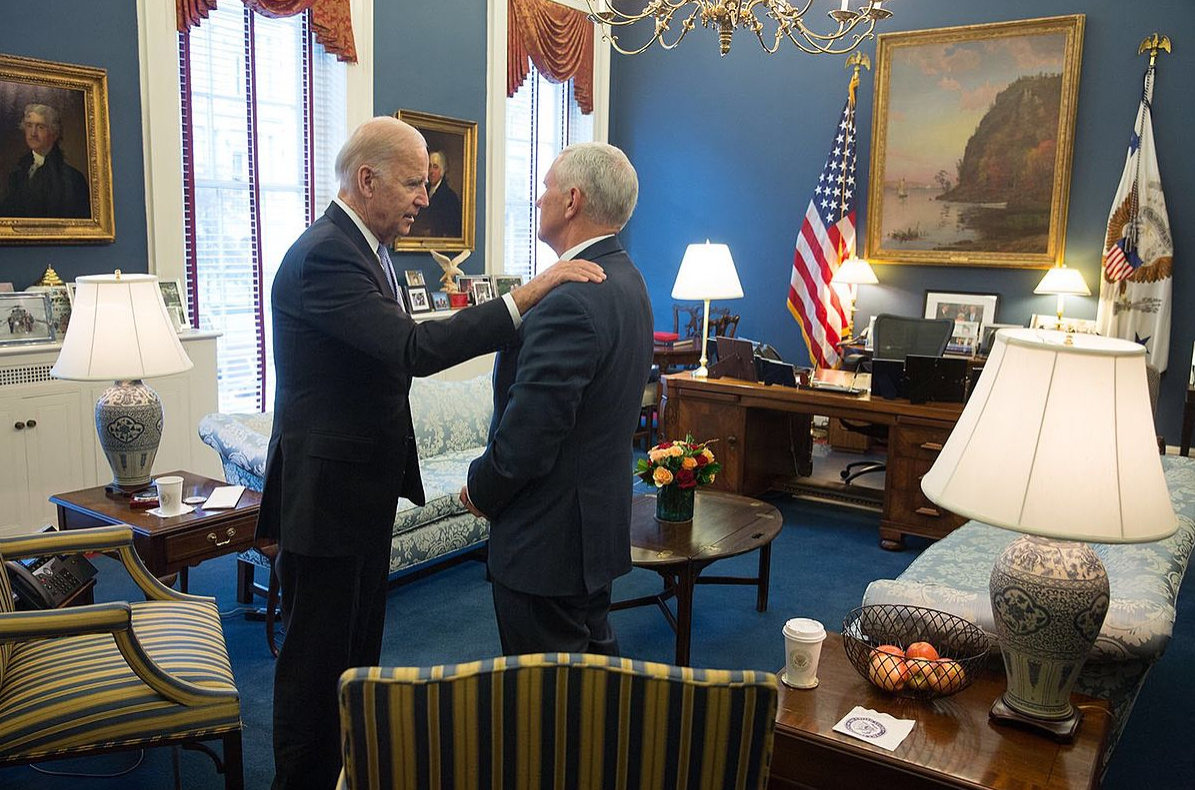 Wikimedia Commons | Office of the Vice President of the United States

And that would be Vice President Mike Pence, who CNN reported is expected to attend Biden's swearing-in.

According to The Chicago Tribune, his stated reason for missing Trump's farewell address is that the heightened security measures at Washington D.C. in the wake of the Capitol riot on January 6 haven't made it logistically feasible for him to attend both ceremonies.

At this point, it remains unclear how exactly Trump's mounting legal issues will come to a head once he becomes a private citizen yet again.