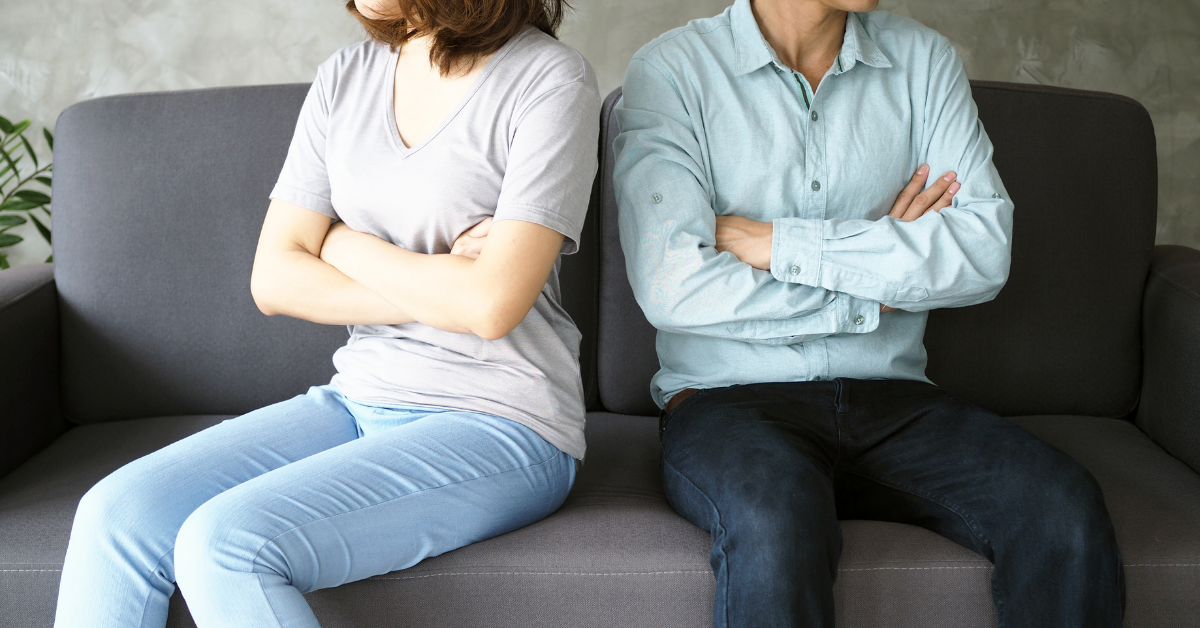 Frustrated Woman Insists Boyfriend Stop Introducing Her As His 'Wife'

There's a joke by comedian John Mulaney where he remarks on how he loves finally being married way more than simply dating. That's because now he can finally refer to his partner as "my wife" to strangers instead of as "my girlfriend", which, as he explained, just made him feel silly and juvenile.

It's a funny joke, if you actually hear it from him and don't just read it in an article, but I think Mulaney really makes an excellent point here.

There's a certain power in being able to call someone your legal husband or wife. It makes you feel like you've done something right, something mature and adult, and it makes your relationship somehow feel more...well, just more, I suppose.

I'm not married, but I've heard my own boyfriend refer to me as his "wife" on occasion, usually while explaining to his friends that I've told him he's "not allowed" to go out tonight.

I know we're not married, and I know we're not even close to taking a little stroll down the aisle together. But I'll admit that even just hearing him casually, and maybe even a little ruefully call me his "wife" gives me a giddy case of the feel goods.

But one woman recently admitted that hearing herself introduced as her boyfriend's "wife" doesn't give her the same sort of joy.

In fact, it actually upsets her. She's become so frustrated hearing it that she's actually gotten to the point where she wants him to just stop altogether, whether he's teasing or not.

But it's not for the reason you might think.

She took to Reddit to share her story in the hopes of finding out whether she's truly an asshole for wanting him to quit calling her his "wife."

In a post submitted to the subreddit r/AmITheAsshole, the woman begins by explaining that she, 30, and her boyfriend, 33, have been together for 5 years now and actually have an infant son together.

In those fives years, they've endured a lot and always made sure to do it as a team: " We've been homeless together, lost a baby together and slowly built our lives back up."

While she was pregnant with her son, the woman said she waited for a proposal, one which never came, and still never has.

Apparently her boyfriend doesn't believe in marriage, and doesn't see the point of the two of them "getting the government involved" in their relationship.

In fact, he sees marriage as two people feeling they need to "prove" their love to others, or maybe even to themselves, and they end up getting married because of that feeling.

Look, as much as our grandparents might hate to admit it, times have changed and not everyone feels the need to get married nowadays.

That's a perfectly normal and reasonable opinion to have, and you should never feel pressured to get married just because it's what someone makes you feel like you have to do.

That being said, the real problem comes when one person who doesn't want to get married finds themselves in a serious relationship with someone who does.

As the woman explained, a proposal and marriage happen to be something she's always wanted very much, something which her boyfriend definitely knows.

During her pregnancy he'd promised to marry her for their son's sake, but now their son is a year old and he's still never proposed, leaving the woman feeling awfully hurt, and maybe even a little ripped off.

Especially because he's actually proposed to someone else before her.

Yep, his last girlfriend got the proposal, the ring, everything — just not the actual wedding, which was eventually called off.

Eventually, the woman said she "let the idea of a romantic proposal go" and instead chose to remind herself that isn't actually the most important part of all this — it's actually marrying him, something which even that previous girlfriend didn't get to do.

But since her boyfriend wasn't putting these marriage plans into motion, she decided she would instead.

Their fifth anniversary seemed like the perfect time for the pair to finally tie the knot.

After bringing up the idea to her boyfriend, she was surprised when he actually agreed to it, though he said he didn't want anything to do with planning the actually wedding. So she took care of everything herself:

"I changed my schedule at work, picked a location, time, 2 witnesses & someone ordained to officiate (it was meant to be a small ceremony just to sign the license to make it legal). I ran some of the details by him throughout planning & he kept agreeing they were fine."

And everything was fine. That is, until two days before the wedding when the groom-to-be got a serious case of *cold feet*.

He told his girlfriend he felt "forced and pushed into getting married", and now didn't think it was such a good idea after all. In fact, he insisted they call the whole thing off.

With a willing groom, the poor woman was forced to cancel everything she had so painstakingly planned and tell everyone the wedding was off, all the while feeling "pathetic and humiliated."

After all that was said and done, she fell into a pretty depressed state and fully believed she and her boyfriend (now ex-fiancé) wouldn't stay together much longer.

Although he tried to tell her they would still get married one day ("but not now"), she refused, insisting she was done trying to convince him to marry her.

"His response was, 'Okay, great! That's awesome!'" she recalled in her post. "But I also told him that I wouldn't just be his gf forever. He didn't seem bothered by that, he was just happy I'd shut the f*** up about getting married to him."

About a month later, the couple were out together when they ran into someone the boyfriend knew.

During the conversation, he happened to introduce his girlfriend to that person, but chose to do it in a way that has definitely left her feeling stung.

"He recently introduced me to someone as, 'This is my wife, Alicia.'" she explained. "It felt like a slap in the f***ing face."

Apparently, this isn't the first time in their relationship that he's called her his "wife".

The girlfriend said he's actually done it a few times over the years, but this was the first time he'd said it right after what she referred to as "the wedding fiasco".

As she explained, hearing it made her feel incredibly upset because he had his chance, but he blew it, so what right does he have to keep calling her something he won't even let her be? So now she wants Reddit to tell her if she would be an absolute asshole for insisting he stop it once and for all.

The answer was a very firm, "no way."

"Honestly I don't think I could be with someone after a stunt like that," this person wrote. "After that he wouldn't be introducing me as anything except as his EX-GIRLFRIEND. He's a selfish, heartless, inconsiderate A-Hole."

Someone else added, "Honestly, I don't think he wants to marry OP at all and he never did. He's been stringing her along for 5 years. Most men know within a year if they want to marry the woman they are dating.

The hard truth that many Reddit users think the woman has to realize is that her boyfriend will likely never marry her, and clearly does not truly care about her.

As this person wrote, "Even if marriage isn’t important to him, fine. But it is important to OP so if he doesn’t care about marriage and she does, then he should prioritize it for her. If he hates marriage then he is sending extremely mixed signals to the world by introducing OP as his wife."

What do you think of this situation? Who's in the right here and who's in the wrong? Let us know!