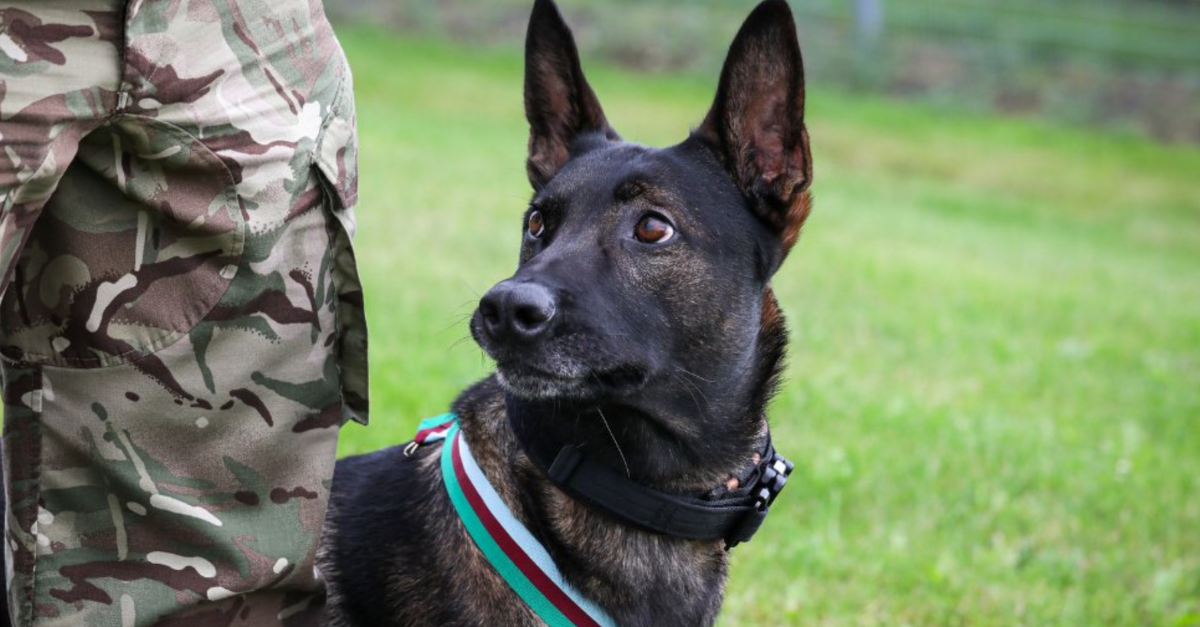 Although each nation has had their own ways of honoring their war heroes for decades — if not centuries — extending similar honors to animals in combat is also a time-honored tradition.

In the United Kingdom, animals that show incredible bravery in times of conflict can be eligible for the Dickin Medal, which is essentially the non-human equivalent of the Medal of Honor.

As the BBC reported, this award was first conceived in 1943 and has been given to 72 animals by the time of this writing: 34 dogs, 32 messenger pigeons, four horses, and one cat.

And its latest recipient had to undergo a perilous and painful journey to receive the British military's highest honor for animals.

This is Kuno, a four-year-old Belgian Malinois who was deployed alongside members of the British Special Boat Service in Afghanistan. 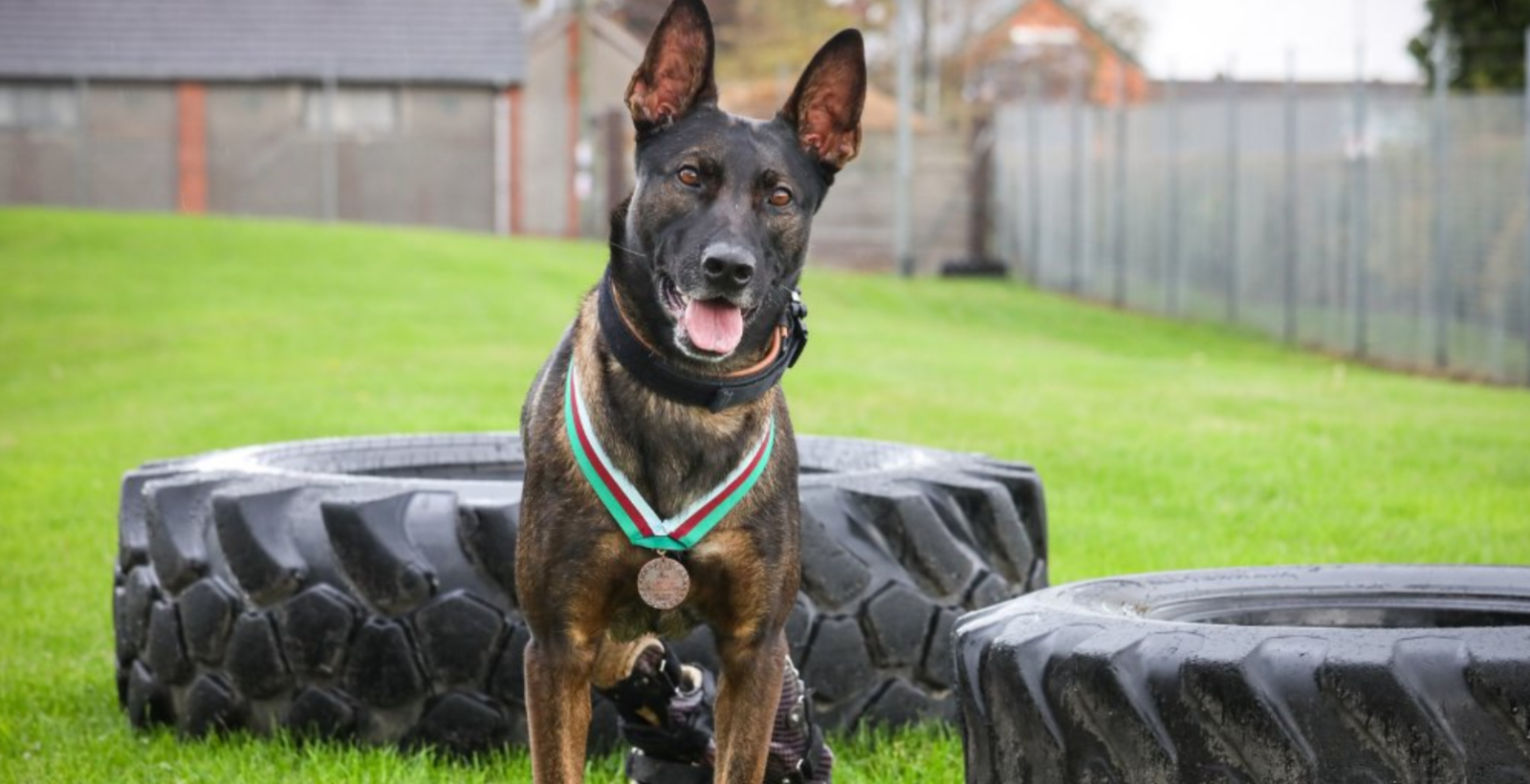 As the BBC reported, one night saw his team raid an Al-Qaeda compound only to find themselves pinned down by machine-gun fire and grenades.

Since they were unable to advance, they sent Kuno in to deal with the lone insurgent responsible for keeping them back.

By this point, Kuno had already proven himself invaluable during this raid. 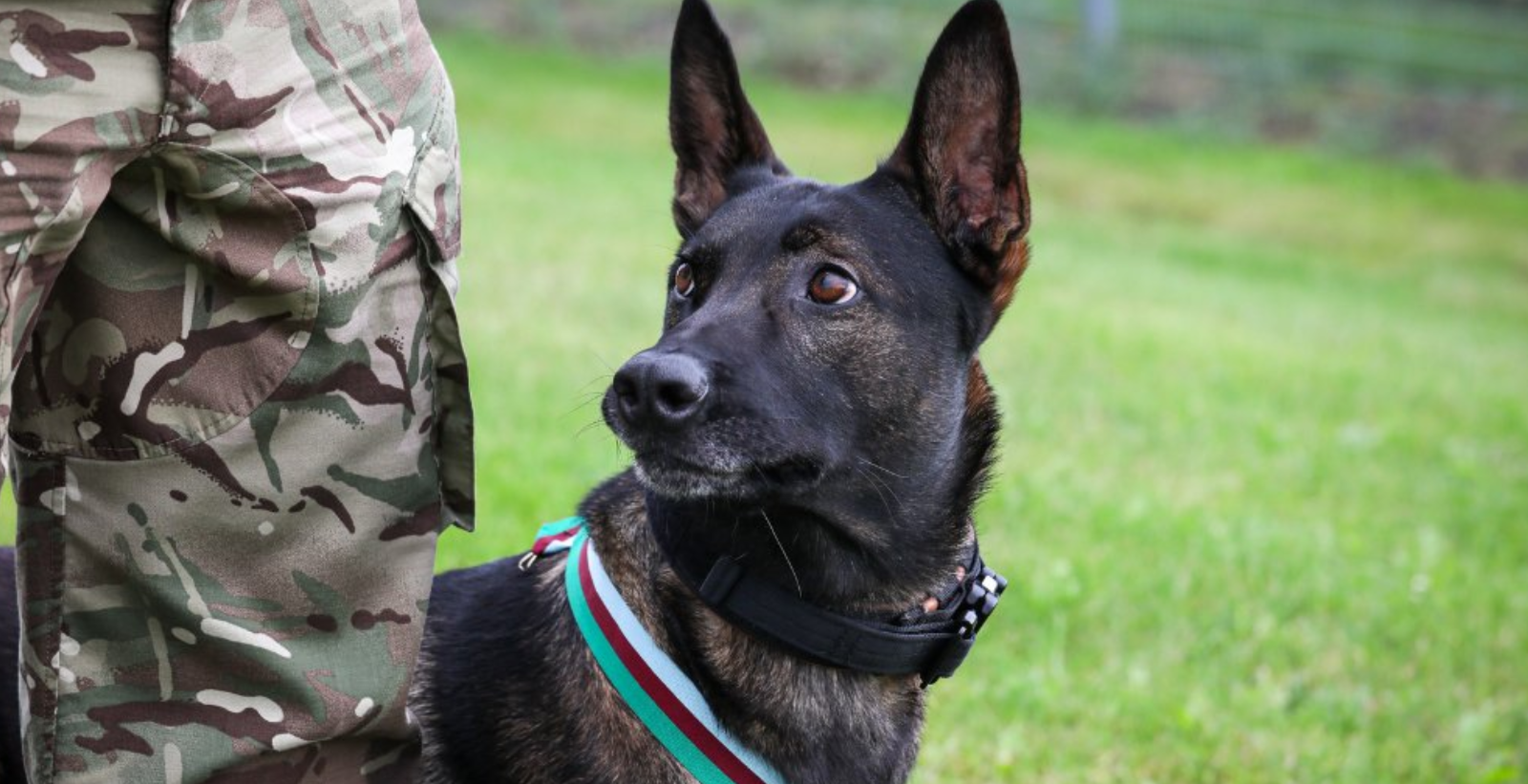 As People reported, he had already neutralized one insurgent and discovered a cache of hidden explosives by the time of this engagement.

And as in those events, he dutifully rushed in and tackled the fighter without hesitation.

Unfortunately, the wild firing from the surprised insurgent struck Kuno in both of his hind legs, causing life-threatening injuries. 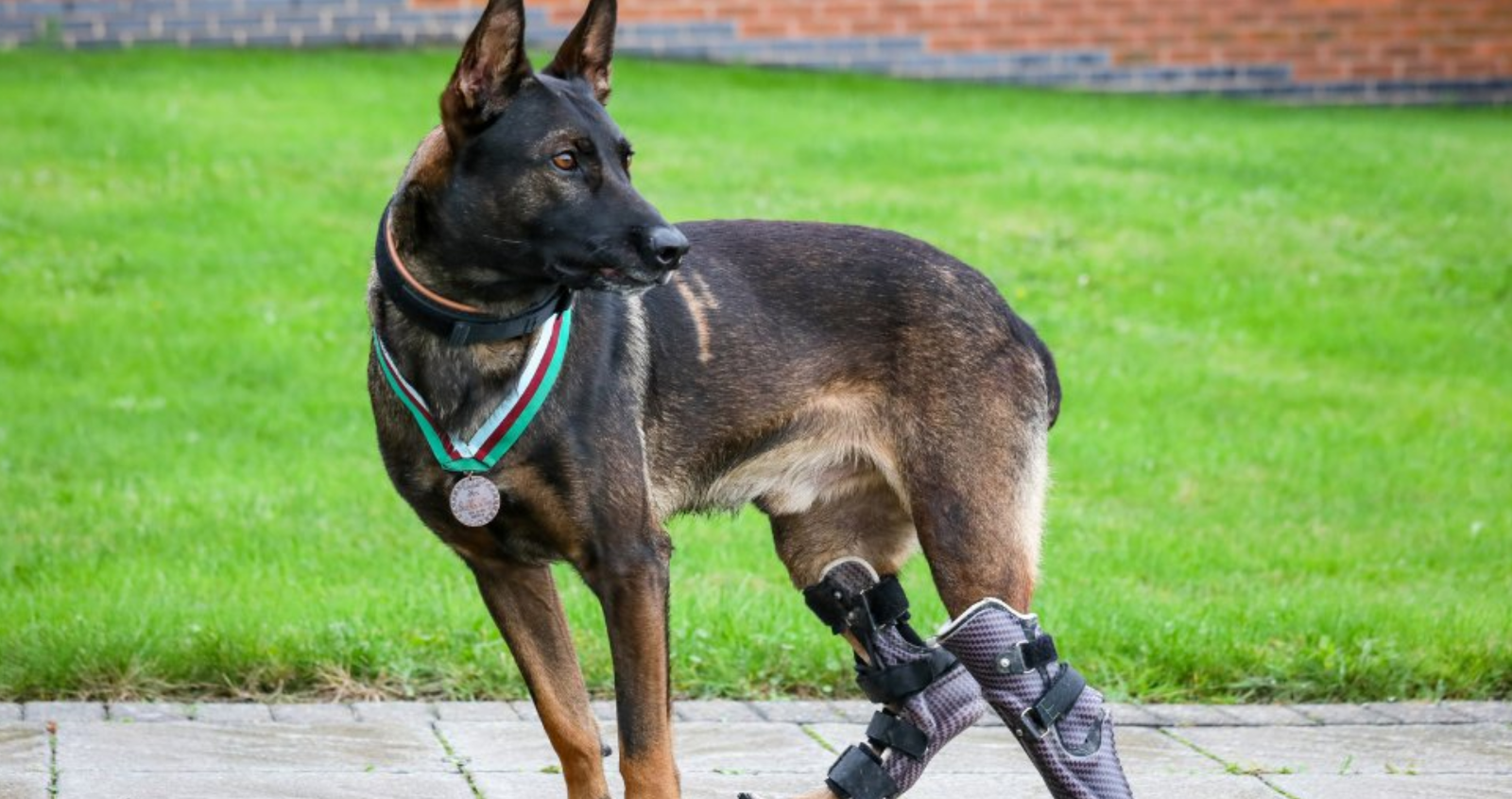 But as People reported, the dog nonetheless continued wrestling the combatant to the ground and didn't let up his attack until SBS operatives cleared the building.

As Jan Mcloughlin from the People's Dispensary For Sick Animals (PDSA) said, "His actions that day undoubtedly changed the course of a vital mission, saving multiple lives in the process. And despite serious, life-changing injuries, he performed his duty without faltering."

But while Kuno helped ensure the success of the mission, his fight was not yet over. 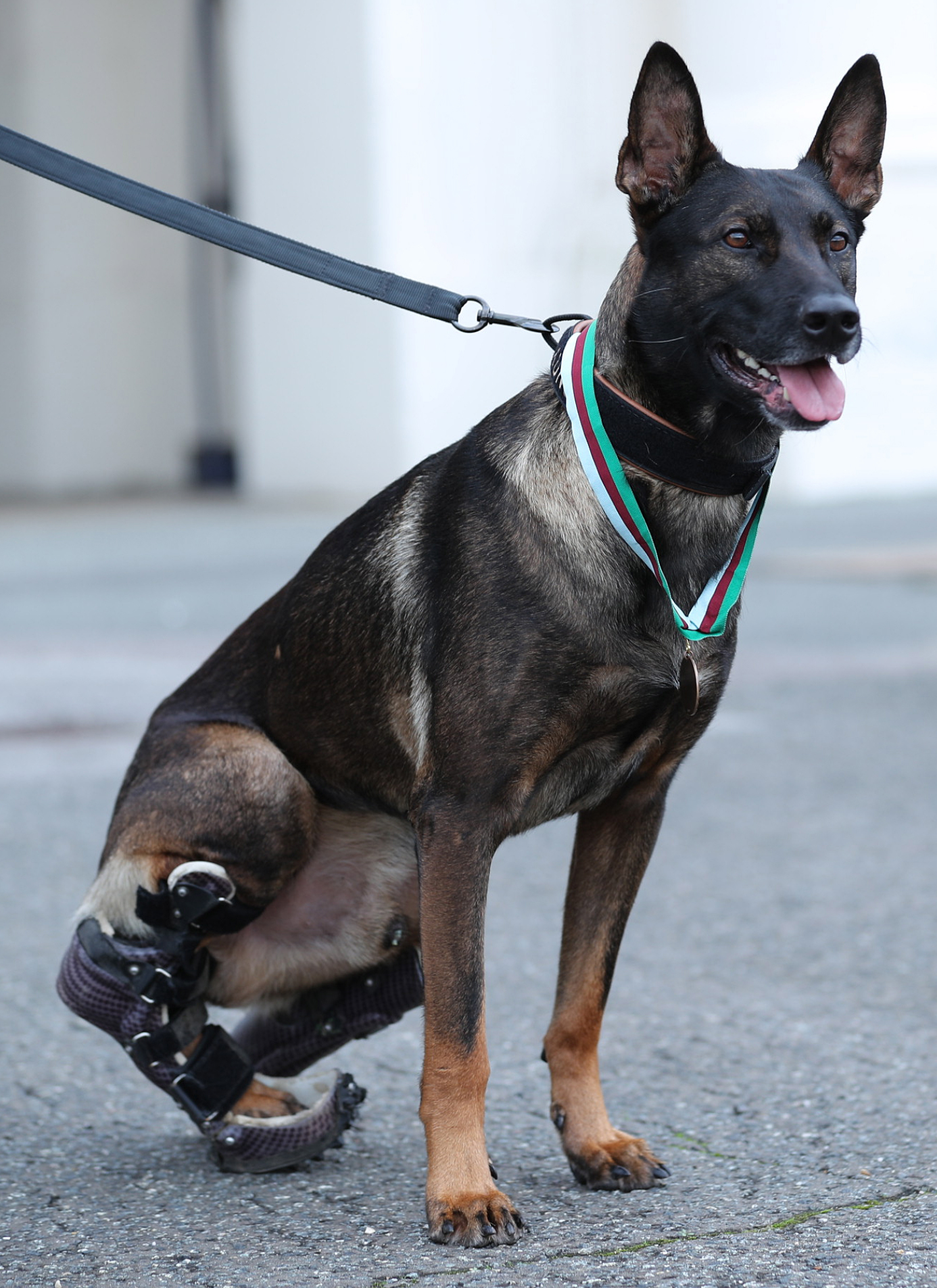 As the BBC reported, one of the bullets that struck his legs just narrowly missed a main artery and his handler and medics treated him in the back of a helicopter before he underwent several critical surgeries, one of which required the amputation of one of his back paws.

Once he was able to return to the U.K., Kuno underwent reconstructive surgery and a long rehabilitation program before he was fitted with the custom prosthesis you see here.

He's the first military dog in the nation to receive such a device and it now allows him to freely run and jump.

In the months since the event, Kuno has since received the Dickin Medal from the PDSA. 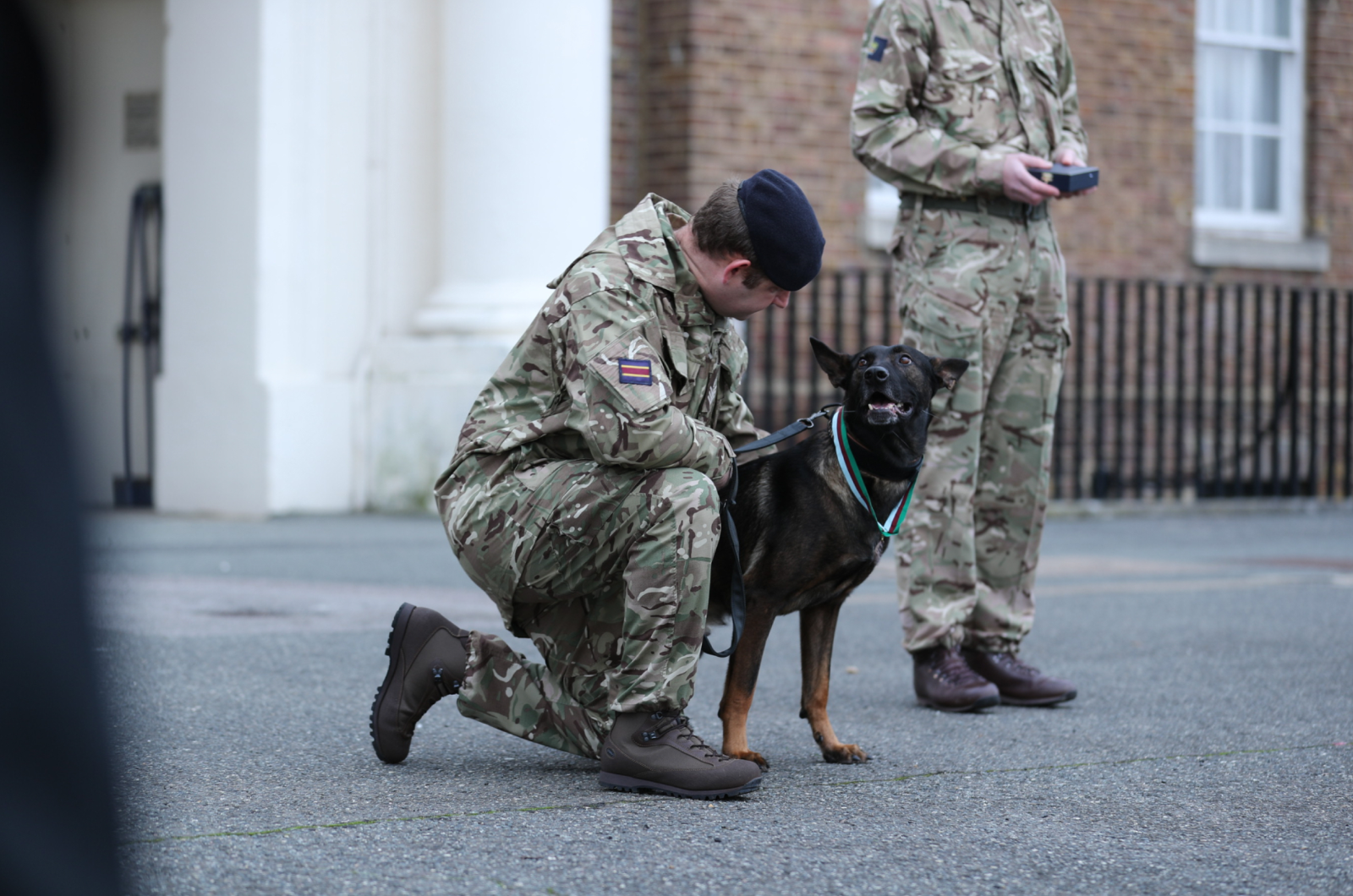 As People reported, this makes him the 72nd animal to receive the honor.

As the U.K.'s Secretary of Defense Ben Wallace said, "I’m delighted that Kuno will receive the PDSA Dickin Medal. It is a testament to his training, tireless bravery, and devotion to duty which undoubtedly saved lives that day."