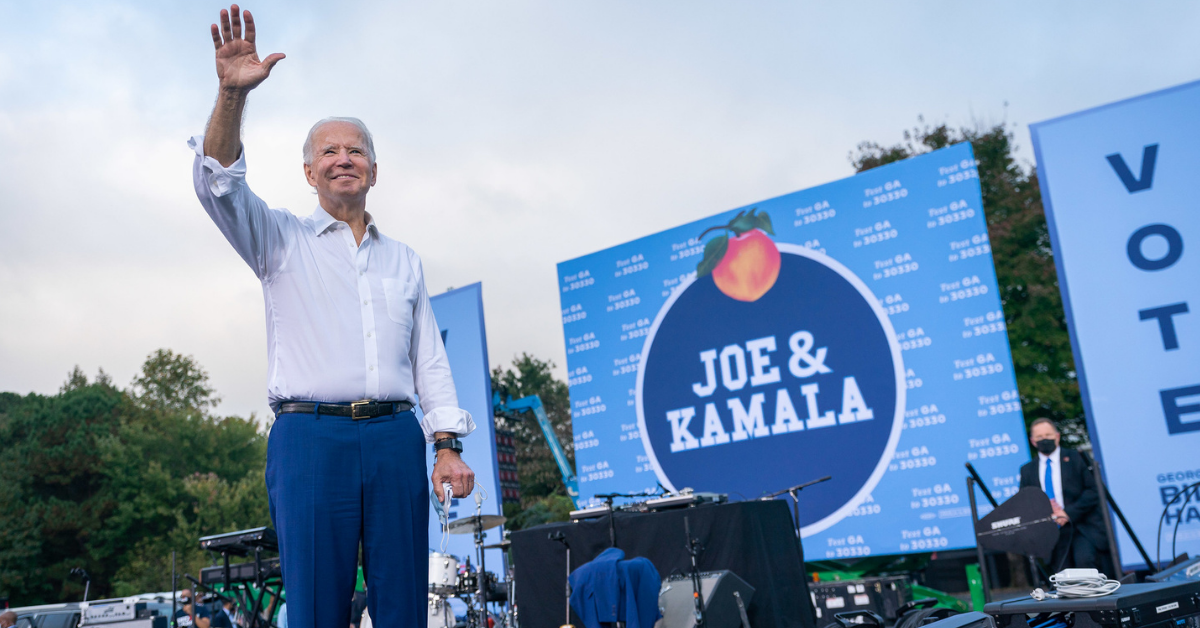 In his first tweet since his projected election victory over Donald Trump, President-Elect Joe Biden has promised all Americans that he will serve their country well, "whether you voted for me or not."

On November 7, the fourth day of this historic presidential election, multiple news outlets projected that Biden would defeat Donald Trump in the race to become the 46th President of the United States.

Moments after this news broke, Biden took to Twitter to share his thoughts on his White House victory.

In that tweet, he wrote that he is "honored" to have been voted to lead America, adding,

"The work ahead of us will be hard, but I promise you this: I will be a President for all Americans — whether you voted for me or not. I will keep the faith that you have placed in me."

Biden was projected to win the election after securing a lead of more than 30,000 votes in Pennsylvania.

In an official statement, the former vice president said he's "honored and humbled" by this win:

"In the face of unprecedented obstacles, a record number of Americans voted. Proving once again, that democracy beats deep in the heart of America.

"With the campaign over, it’s time to put the anger and the harsh rhetoric behind us and come together as a nation. It’s time for America to unite. And to heal.

"We are the United States of America. And there’s nothing we can’t do, if we do it together."

Biden's running-mate, Kamala Harris, will now become both the first woman and first person of color to be elected vice president.

In her victory tweet, in which she shared the same video as Biden, she wrote that "the election is so much more than" Biden or herself.

"It's about the soul of America and our willingness to fight for it," she continued. "We have a lot of work ahead of us. Let's get started."