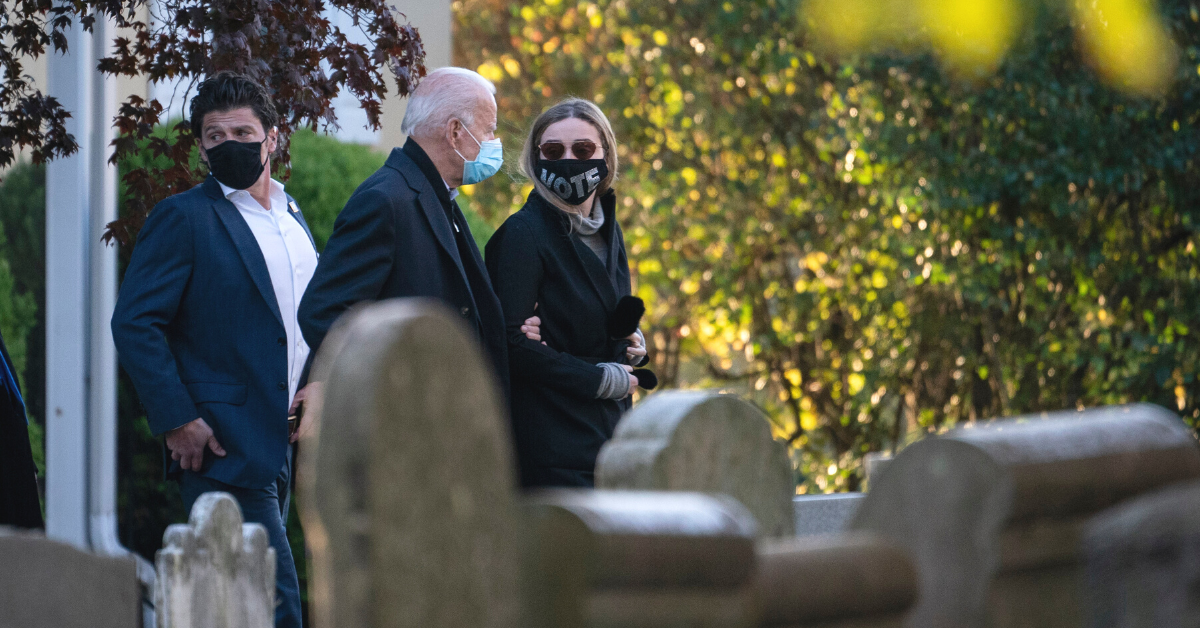 For presidential candidates, there's no bigger day than Election Day, when months upon months of campaigning finally draws to a close and voters make their decisions.

Former Vice President Joe Biden kicked off the biggest day of his life with a visit to church for a small service and then an emotional visit to the grave of his son, Beau Biden.

Beau has been a fixture in the elder Biden's comments throughout the campaign.

As NBC News' Marianna Sotomayor reported, Biden has long considered his son — who died in 2015 at age 46 from brain cancer — a "good luck charm" on big days.

"The person who I anticipated running for president this year was Beau Biden, not Joe Biden," he said in February, according to Sotomayor.

Beau also came up during an exchange in the first presidential debate.

As Biden discussed Beau's military record, having deployed to Iraq as a major in the Delaware Army National Guard, President Trump asked if he was talking about his other son, Hunter, who has been the subject of numerous attacks by the Trump campaign.

"I don't know Beau, I know Hunter," the president replied.

From the Delaware cemetery, Biden is expected to make his way to his home town of Scranton, Pennsylvania.

Biden will spend the rest of the day in the battleground state, which President Trump won in 2016 by less than a point over Hillary Clinton.

The last polling had Biden ahead in Pennsylvania by 5 points, according to Newsweek.