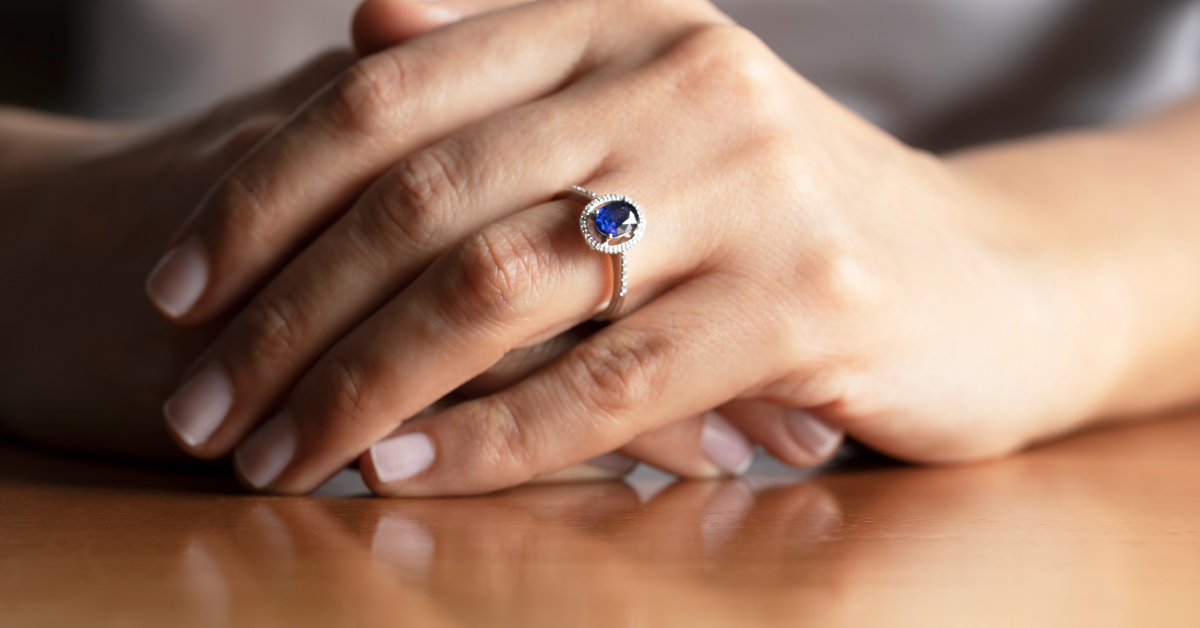 Man Slammed By Fiancée's Family For Proposing With A 'Used' Ring

We've heard many stories of proposals-gone-wrong as a direct result of the engagement ring, whether because it was one that once belonged to an ex, or because it was simply considered to be the "wrong ring".

In those cases, it was the bride-to-be who was left fuming over their significant other's choice of jewelry. But in this particular case, it isn't the bride who has a problem with the proposal ring — it's her family.

You know, the people who aren't even the ones getting married? Yeah. They've got some beef.

The story was posted in the subreddit r/AmITheAsshole by the groom in this equation who has been left baffled by his future in-laws' reaction.

As he wrote, this all began after he proposed to his girlfriend of four years with what he admitted might be considered a nontraditional engagement ring.

"She doesn’t really like jewelry as a whole, and has said she doesn’t like diamonds," he explained. "I was really struggling to find a ring that I thought she’d like enough to wear."

It was the man's mother who came up with the perfect solution that would be both elegant and sentimental.

"She had a beautiful Sapphire ring that’s been in my family for many years, and Sapphire happens to be my [fiancée's] birthday stone," he said.

Armed with a stunning heirloom, he proposed to his girlfriend who, of course, said "yes."

In fact, she was so impressed by her groom-to-be's choice of jewelry that she apparently couldn't stop gushing over how "pretty" the unique ring is.

Suffice it to say, everything was going perfectly.

That is, until the fiancée's family got involved — specifically, her incredibly opinionated grandmother.

That particular member of the family is not a fan of the sapphire stone now being worn by her granddaughter, and has slammed the man for proposing with what she insists is a "used ring."

As the man wrote, "She can’t believe her granddaughter doesn’t have a diamond."

Things really boiled over at a recent family dinner when the topic of the ring was inevitably brought up.

It's always the problematic family members who start these awkward dinner conversations, isn't it?

It's like they purposefully wait until the entire clan is gathered together to bring up issues, because there's nothing quite like having an audience of uncomfortable loved ones to air out your grievances in front of.

Although the fiancée insisted she doesn't even *want* a diamond, and is perfectly happy with a sapphire ring, her grandmother would simply not let up.

And that was when the groom-to-be finally snapped:

"I said, 'I’m sorry you feel that way, but you’ve more made your disapproval clear, we don’t need to keep beating the dead horse here'."

While not exactly the nicest way to get his feelings across, the man *was* able to shut the grandmother up.

As he reported, she's no longer insisting he buy her granddaughter a proper diamond ring, so it would seem his outburst was exactly what she needed to hear to realize there's nothing she can say to convince him to hit the jewelry store.

But unfortunately, things are also so, *so* much worse, because now she's trying to convince her granddaughter to call off the wedding altogether.

With his future father-in-law insisting the man apologize to the grandma and his fiancée imploring him not to, he has just one question for the people of Reddit: Is he the asshole in this situation?

Unsurprisingly, the answer was a resounding, "no."

In fact, many people insisted the grandmother actually owes him an apology, not the other way around.

"You did nothing wrong and your fiancée and you are on the same page," this user wrote. "Gramma is extremely rude and I’m glad you let her know she can’t get away with that crap with you. She needs to behave or she can stay home next time."

Another person added, "Being old doesn’t give you a free pass to be an asshole."

Other people pointed out how special it was for the antique ring to have been passed on to the fiancée.

As this person expressed,

"The ring [he] gave his fiancée is worth more than a diamond ring from the store... Valuable isn't the same as expensive. This ring is valued through its history and the love behind the gift and no other ring can ever match that."

One of the most important points that many users made was that the man absolutely should respect his fiancée's wishes and *not* apologize to her grandmother.

"Respecting your fiancée’s wishes is the most important thing here," someone commented. "If her dad feels otherwise, your fiancée needs to talk to him, not you."

What do you think of this situation? Should the groom-to-be stand his ground, or should he offer some kind of an apology to the overly-opinionated grandmother? Let us know!