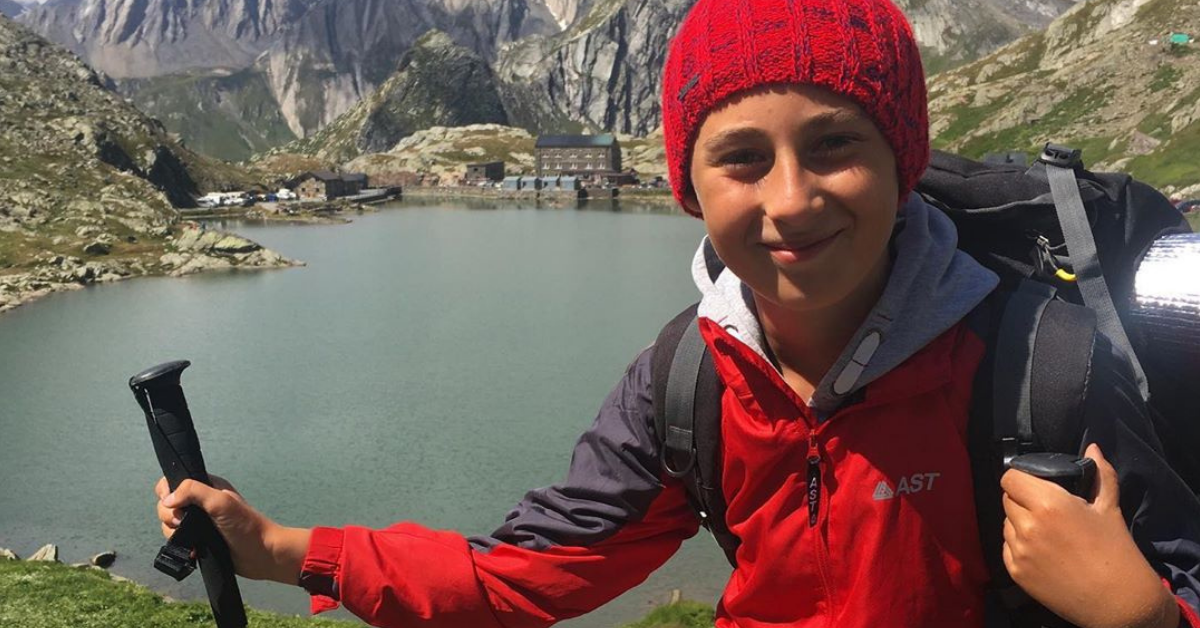 10-Year-Old Boy Hikes Over 1,700 Miles Across 4 Countries To Hug His Grandma

How far would you go to give someone you love a hug? For Romeo Cox, the answer was simple: as far as it would take.

The 10-year-old boy hadn't seen his beloved grandmother in over a year and a half, ever since he and his family moved from London, England, to Sicily, Italy. And with the ongoing coronavirus pandemic preventing any sort of international travel, it didn't look like the pair would be having a reunion anytime soon.

But Romeo was determined to hug his grandma, so he came up with a plan.

There were over 1,700 miles separating him from his 77-year-old gran, and he decided he was going to walk that entire distance. 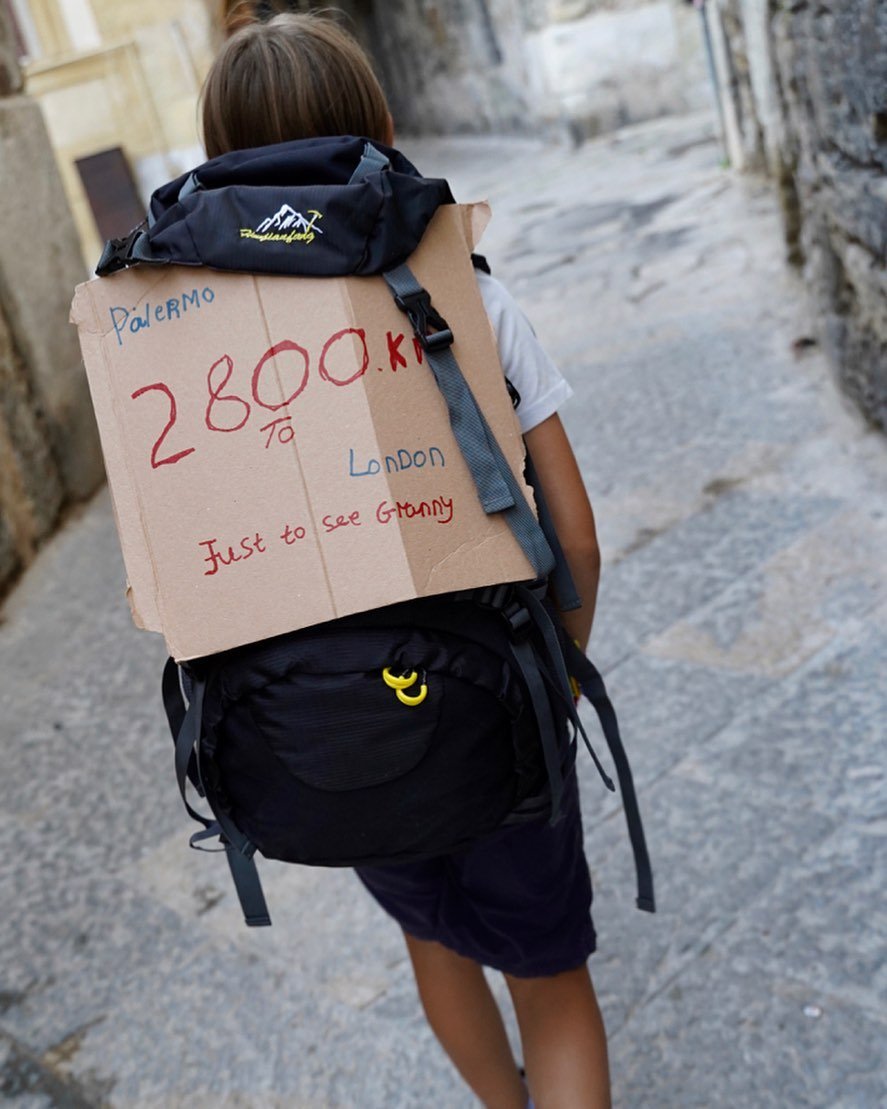 However, when he told his parents just what exactly he intended to do, their answer was exactly what most parents' would be: not a chance.

“I asked my parents and they said no more than 50 times,” Romeo told The Daily Mail. “Eventually they agreed — provided we planned everything was COVID-safe.”

His father, Phil Cox, accompanied him on his cross-continental trek, which they began on June 20. 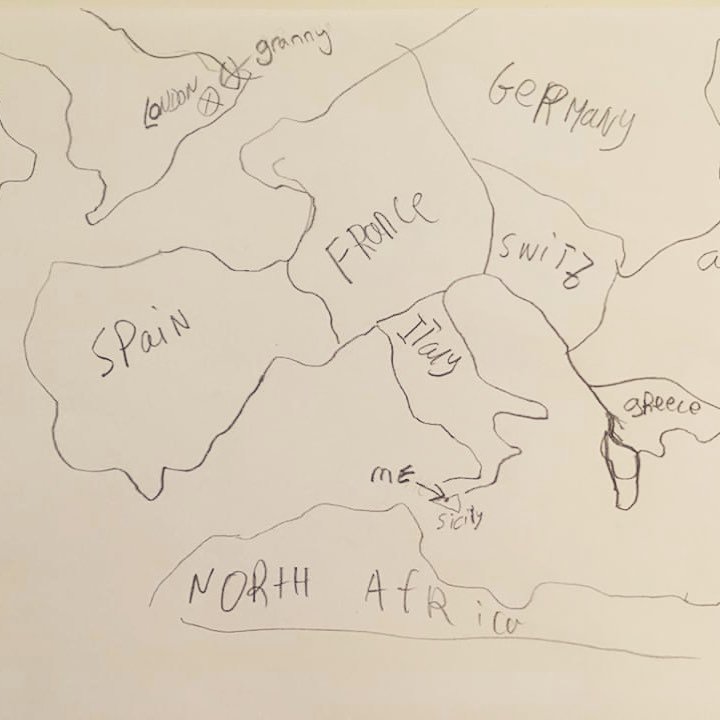 For the next 93 days, the pair made their way across Italy, Switzerland, and France, following Romeo's hand-drawn map and traveling about 80 percent of the way on foot. They slept under the stars at night and even encountered a few not-so-friendly creatures along the way, like a pack of feral dogs and a donkey they named Pedro.

"I loved sleeping under the stars and swimming in the sea," Romeo told the Mail. "We got lost a few times, we slept under a wasp nest which wasn't a good idea, got bloody feet, but we never thought about giving up."

This grand trip wasn't just about seeing his grandmother again, either — it was also to raise money for charity. 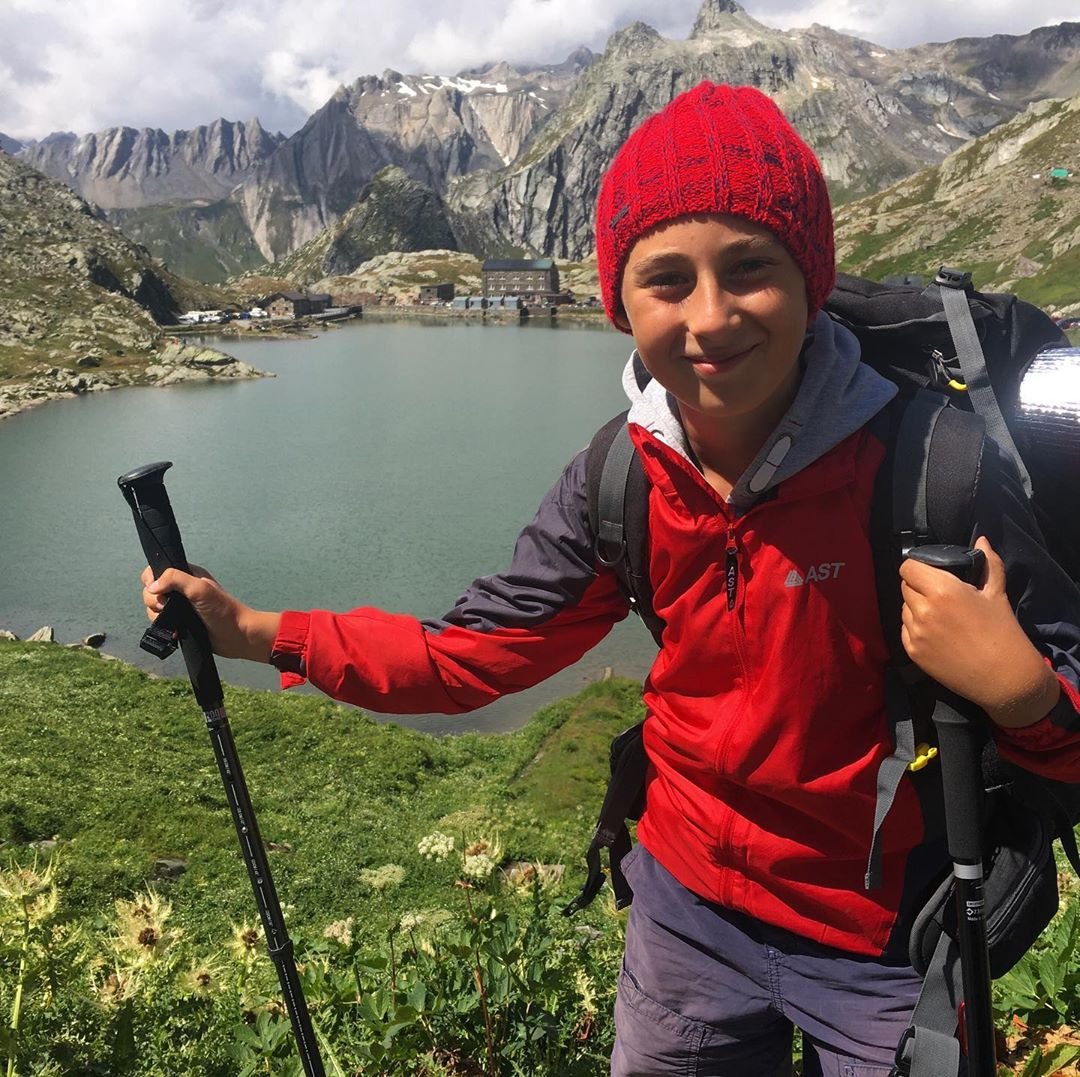 Inspired by his friend Romeo Randolph, who had migrated to Sicily from Ghana, the boy established an online fundraiser with the goal of raising £18,000 ($23,567 USD) for the charity Refugee Education Across Conflicts Trust. As of writing, that fundraiser has surpassed its original goal and raised £18,382 ($24,071 USD).

"[Randolph] helped me when I came to Sicily, and so I wanted to help him and other vulnerable children in return," Romeo explained.

During their travels, they also volunteered at a refugee camp in Northern Calais.

While the pair hiked, they documented their travels on social media and steadily gained a loyal fan following. 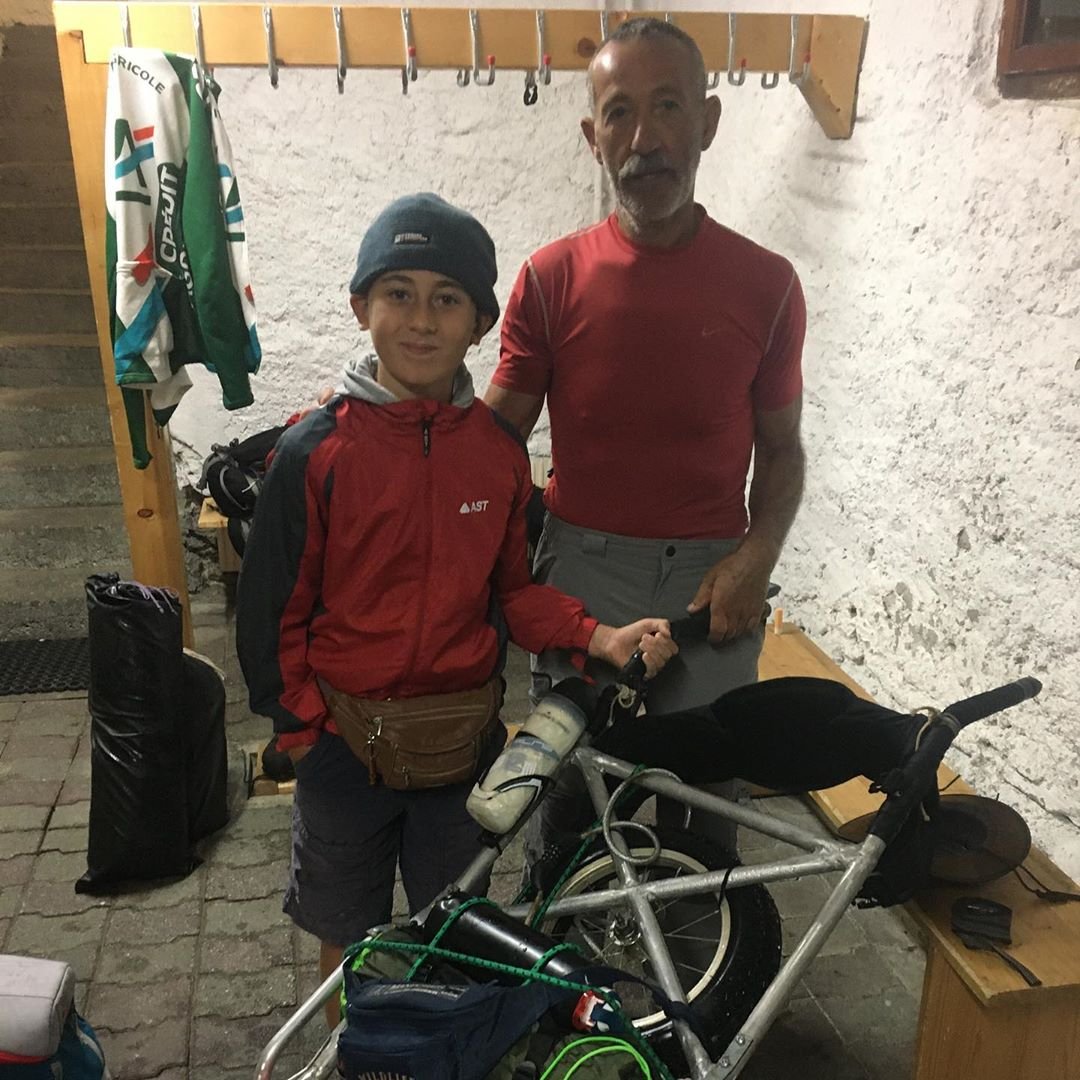 Both accounts show photos of all the people the pair were able to meet during their journey, including a man in Switzerland named Fallica Alfio (pictured above) who was making quite the trek himself, walking over 900 miles to his home in Italy in memory of his mother.

On September 21, Romeo and his dad reached London’s Trafalgar Square, but it wasn't time to go hug grandma just yet. 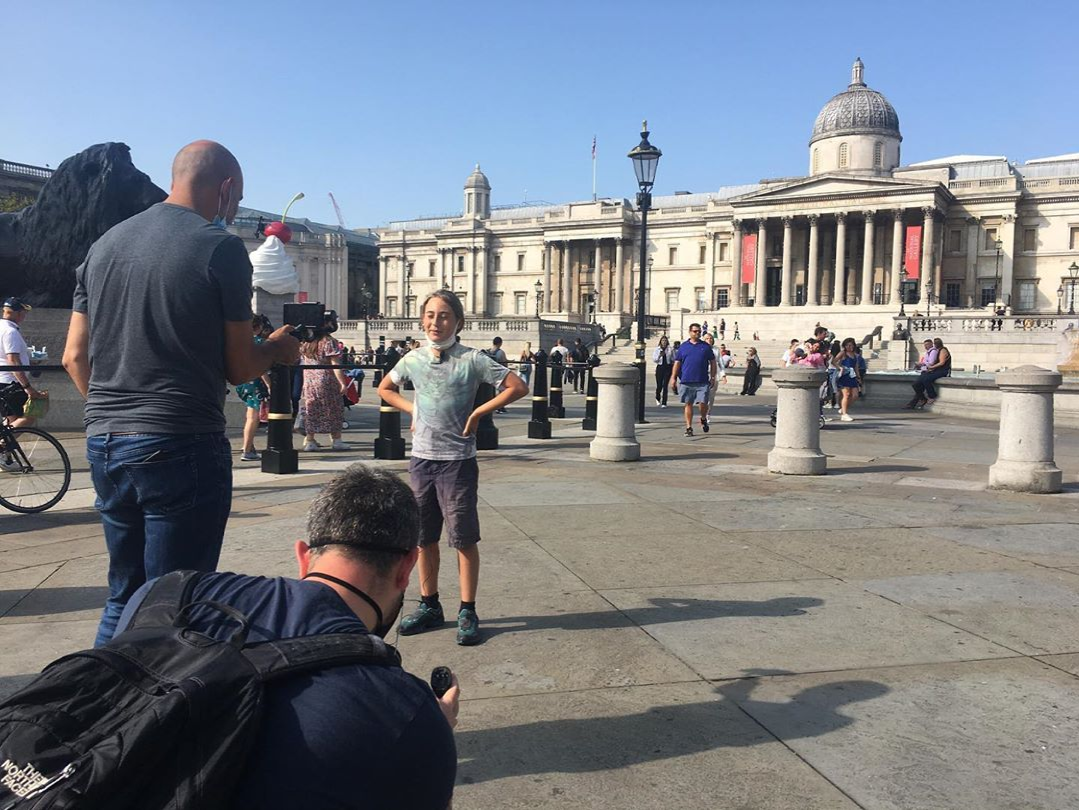 The pair had to first spend a mandatory two weeks in isolation before they could go interact with their loved one.

"As we got closer I just kept thinking about seeing my Granny, and how excited I was," Romeo told Metro News. "I can’t wait to give her a cuddle, it’s been over a year since I last saw her. She was all alone during lockdown."

Finally, on October 4, the moment the boy had been waiting for, and that had been three months in the making, finally took place — Romeo got to hug his grandmother.

A heartwarming video shared to his Instagram page shows him breaking into an excited run towards "granny Rosemary's" yard before meeting her on the porch where she was waiting with her arms opened wide.

His grandmother admitted the boy's trek was difficult to wrap her head around, especially when she first learned of his plans. 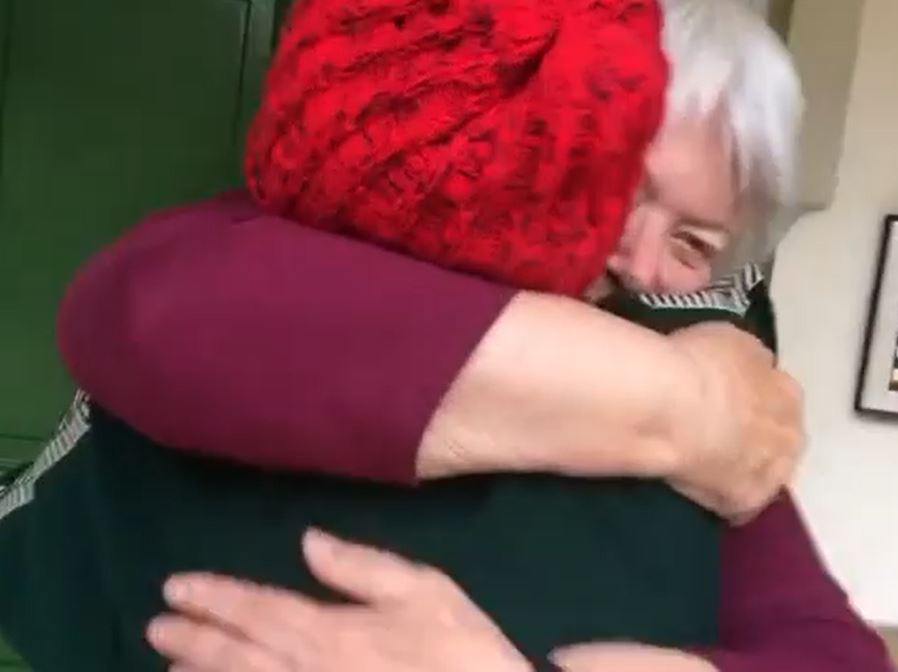 "I didn't believe my grandson's incredible journey at first," she told Daily Mail. "But seeing Romeo after all this time, after following his journey just feels so special. I gave him the biggest hug ever.

She continued, "Children can inspire us and lift us all up. On behalf of all the grannies in all the world, I want to thank Romeo — as well and hug him and kiss him lots."