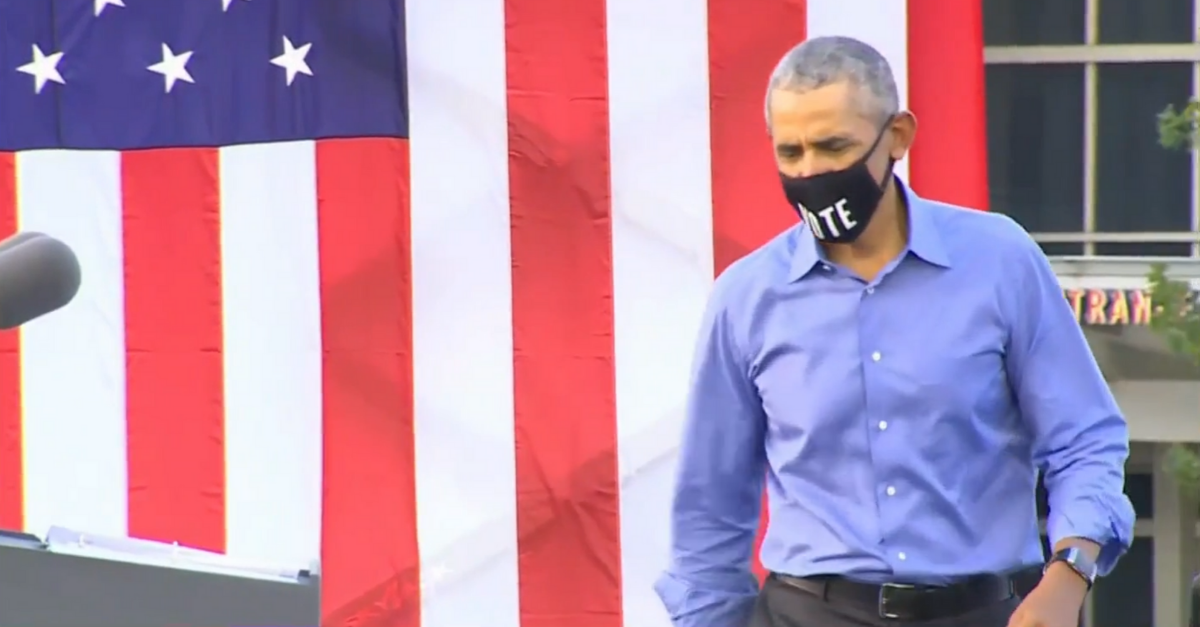 It likely speaks to how deeply polarizing American politics are nowadays that even the nature of campaign rallies differs vastly between political parties in 2020.

Although the players and content of these rallies would always differ depending on who was holding them, past elections would simply see a bunch of people packed together and feeling exuberant about their candidate.

For President Donald Trump, that strategy has largely remained the same for months, despite not only the emergence of the COVID-19 pandemic, but Trump's own diagnosis. And as The Boston Globe's Stat website reported, that tried-and-true strategy is likely contributing to outbreaks where his rallies take place.

By contrast, former Vice President Joe Biden's speaking engagements and those in support of him have been socially distanced. While that marked difference is bigger than either man, it served as a major elephant in the room for former President Barack Obama during a drive-in rally in Philadelphia.

But that wasn't all Obama took Trump to task about.

As the name would suggest, Obama's drive-in rally in Philadelphia on October 21 saw attendees spaced out as they would be at a drive-in theater.

As you can see in a recording of the rally, this meant that the applause you would normally hear after a well-received statement was replaced by the honking of car horns.

As CBS News reported, about 300 drivers attended the event.

Following an introduction by legendary Philadelphia entertainer Charlie Mack and his daughter, India, (and a wipe down to keep things safe), Obama took the stage. 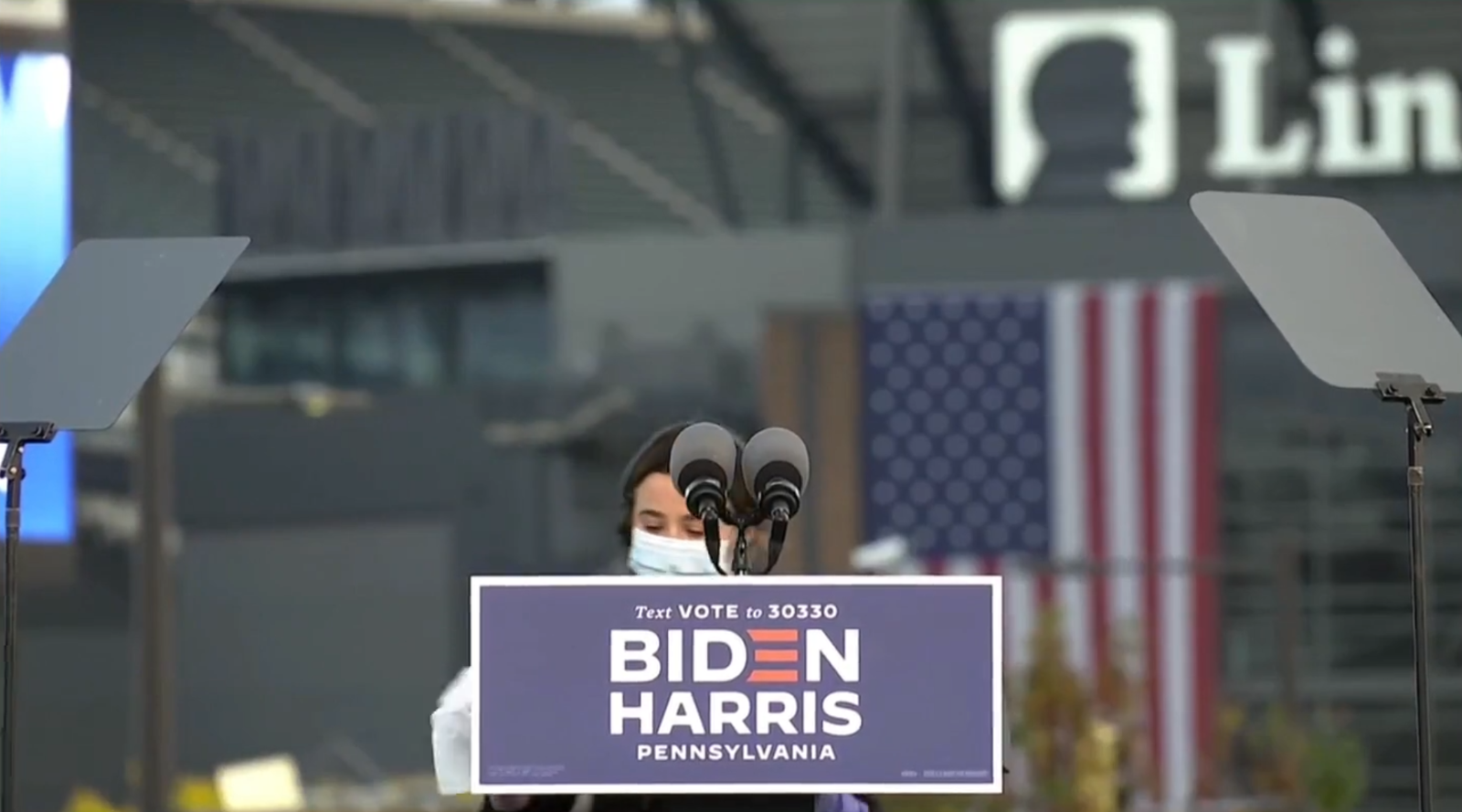 Throughout his speech, he shared what he admired about Biden and what makes him a fitting candidate for president.

As he put it, "I came to admire Joe as a man who has learned early on to treat everybody he meets with dignity and respect[...]and that empathy, that decency, that belief that everybody counts, that's who Joe is. That's who he'll be. And I can tell you the presidency doesn't change who you are, it reveals who you are."

PBS reported that Obama had previously stated his confidence that Biden and Senator Kamala Harris would surround themselves with dedicated public servants who know what they're doing.

In contrast, Obama made it clear that he sees Trump as a person unwilling to take the presidency seriously and more inclined to treat it like a reality show. 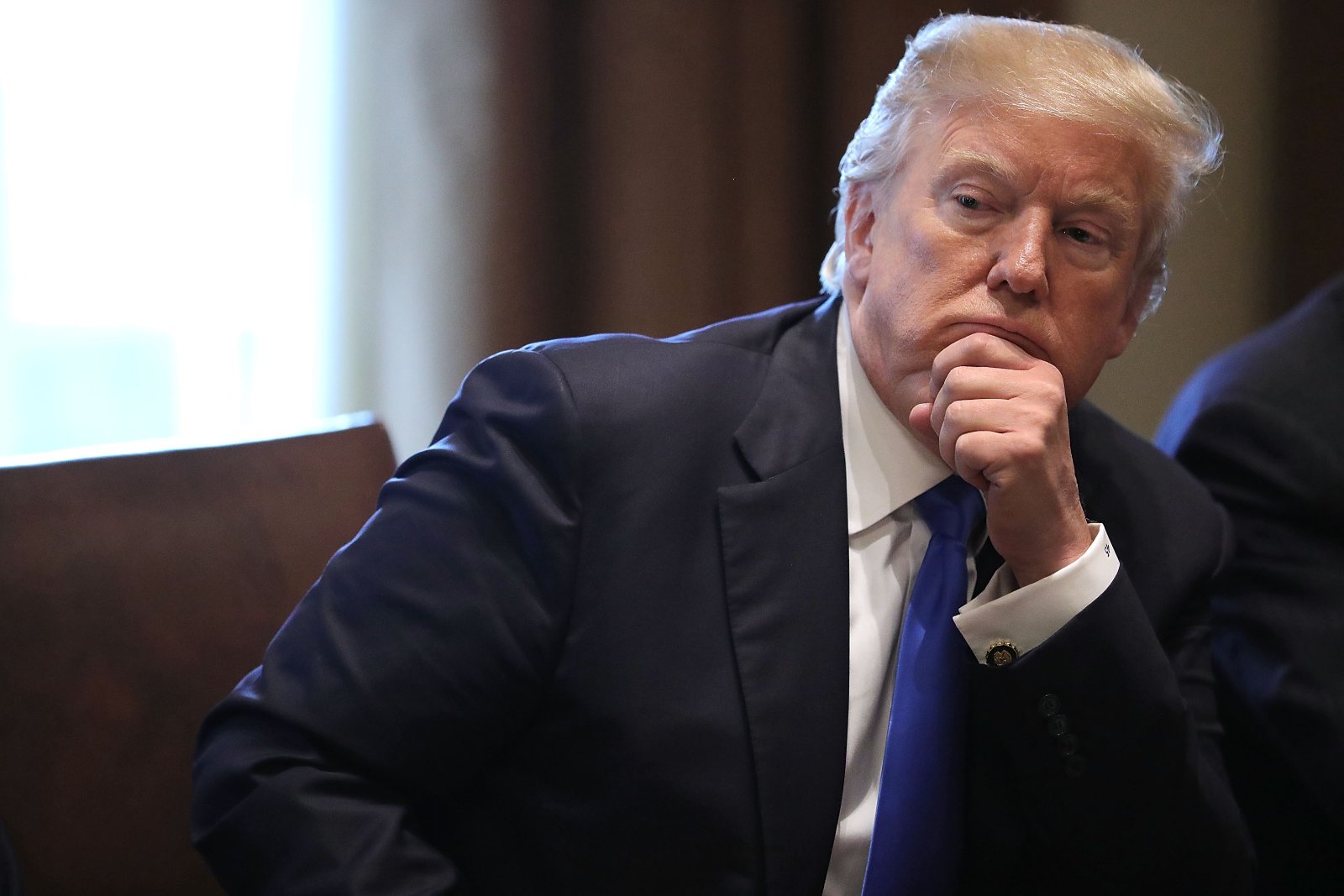 As Obama said, "Tweeting at the television doesn't fix things. Making stuff up doesn't make things better. You've got to have a plan."

And his confidence in Biden's own plans, particularly in the wake of a pandemic, were apparently based on how his own administration had prepared for such an event.

As he added, "We literally left this White House a pandemic playbook. They probably used it to prop up a wobbly table somewhere." 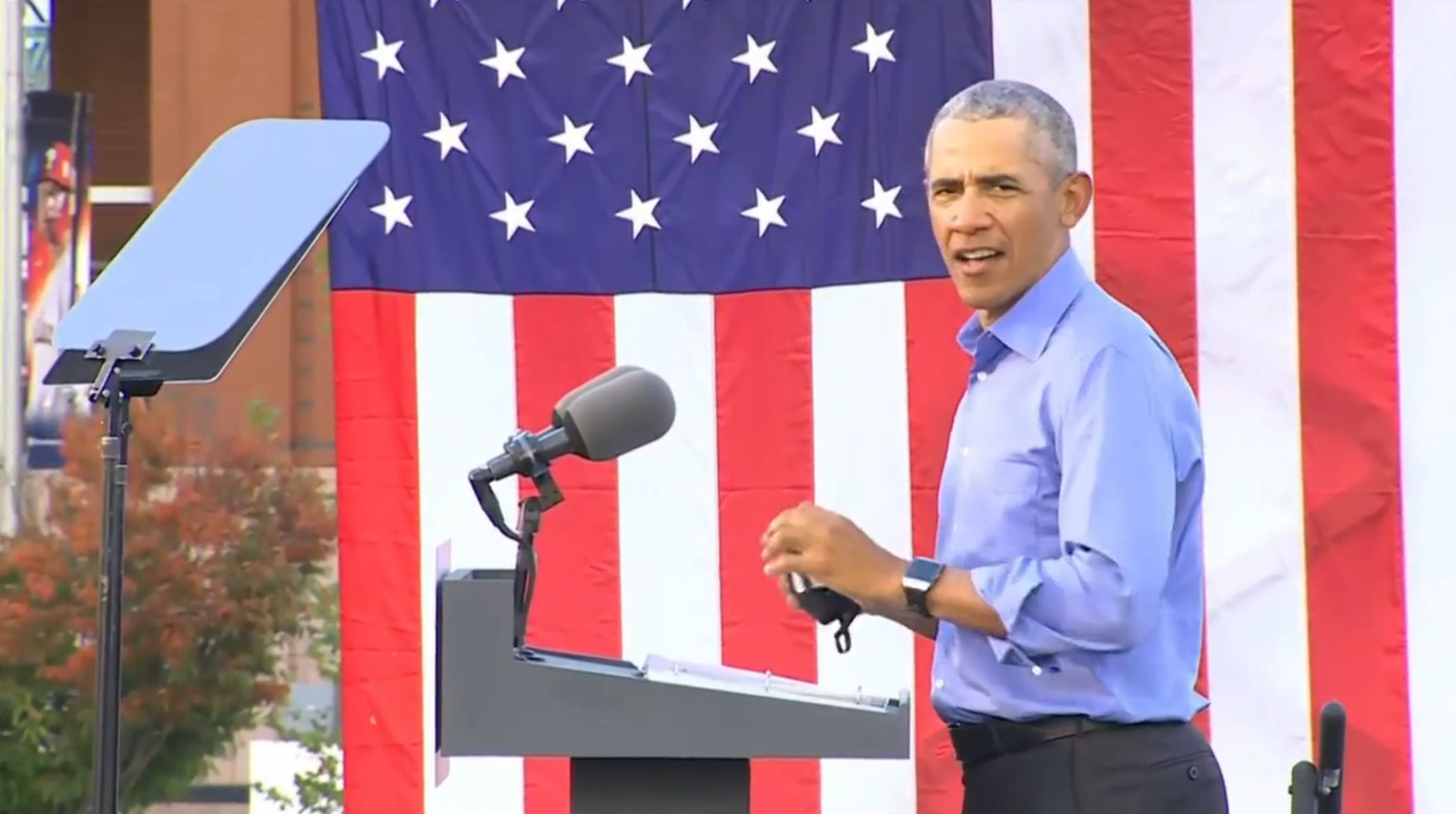 This discourse partially concerned the stalling of relief stimulus packages under Trump's administration but it extended to what Obama cited as a lack of basic precautions among his cabinet.

As Obama put it, "Donald Trump isn't going to protect us. He can barely take the basic steps to protect himself."

In contrast, the former president presented Biden as a more stable leader to see the country through the pandemic.

To Obama, Trump showed a general trend of showing little interest in helping anyone "besides himself and his friends." 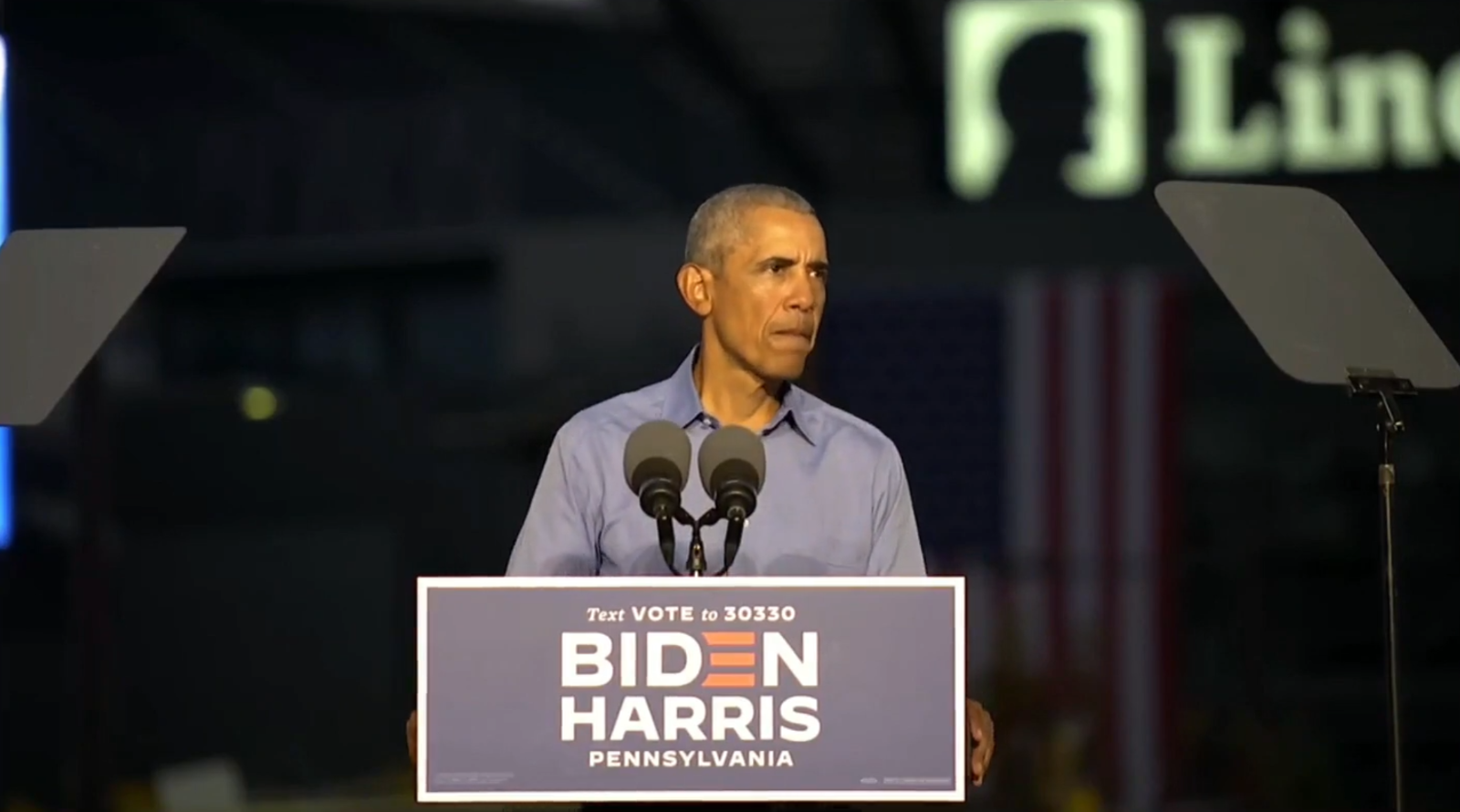 He saw a particular example of this phenomenon in recent reports that Trump has been keeping a bank account in China under wraps for years.

In a final joking dig on the subject, he said, "They would have called me Beijing Barry."

All of these issues informed Obama's perspective that this was a crucial election for the country. 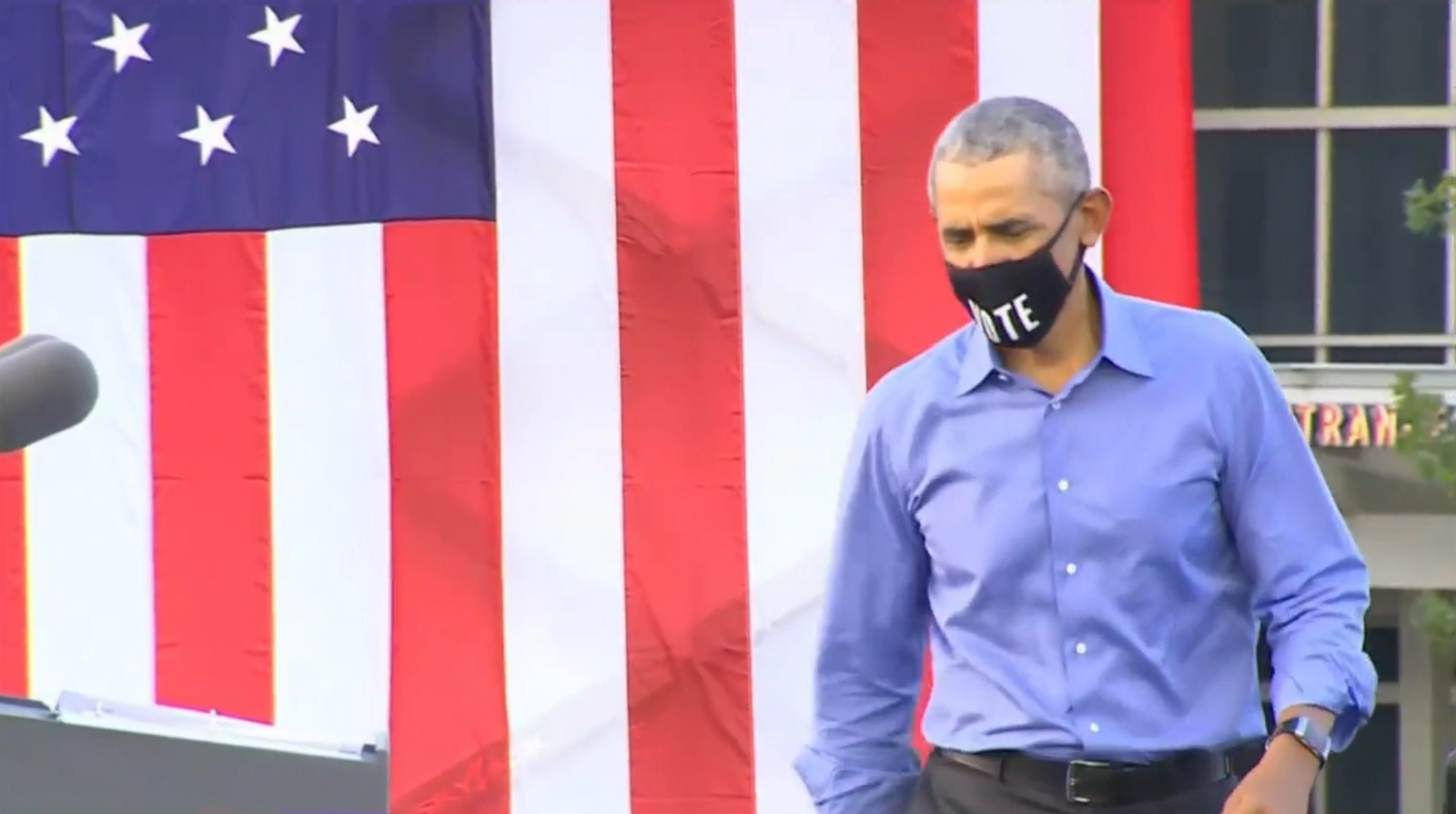 It's for this reason that one of the first statements he made concerned early voting options in Pennsylvania and even smaller details like the state's requirement to use both envelopes provided to ensure that one's vote counts.

As CBS News reported, this was also a major topic of a round table discussion he had with a group of Black men before the event encouraging them to resist voter apathy.

He particularly addressed the youth in this discussion and recalled his own disinterest in voting as a young man.

But as he made abundantly clear during his speech at the drive-in rally that you can see here, the events surrounding this election leave us with much to wake up to.