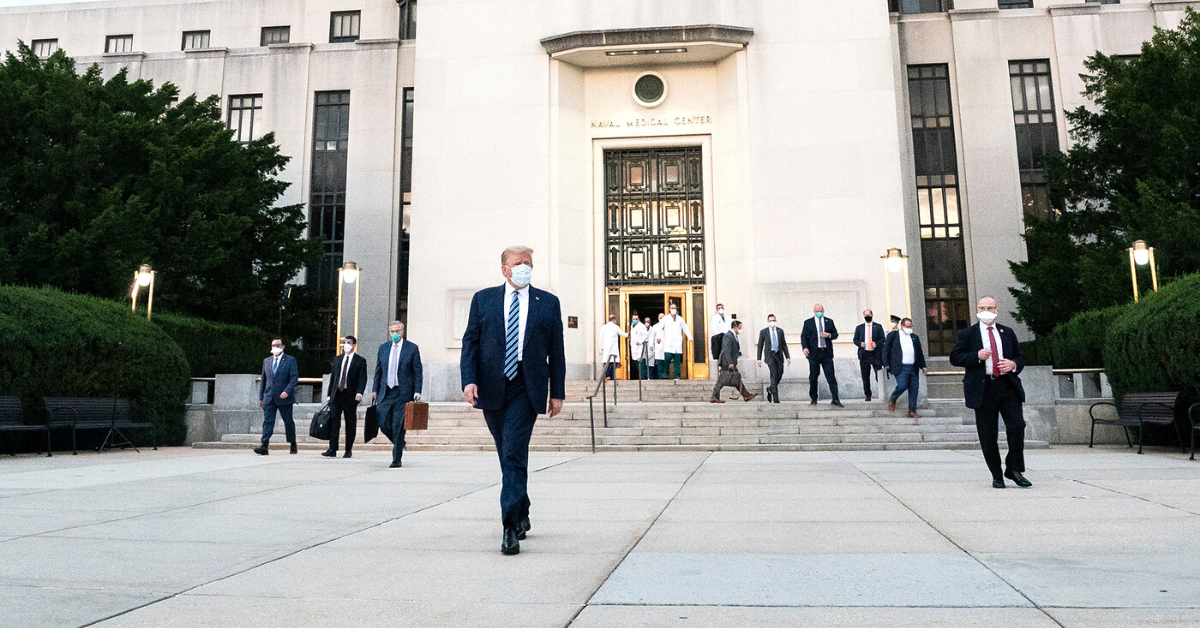 As a businessman and reality TV host, President Donald Trump is no stranger to theatricality and self-promotion, even going so far as to make a few pro wrestling appearances — including at WWE's WrestleMania 23 — to boost sagging ratings for The Apprentice.

And according to a report from The New York Times, almost four years in the Oval Office hasn't dulled Trump's sense of drama.

Looking to bounce back from his bout with coronavirus in a big way, President Trump reportedly floated the idea of a dramatic moment in front of the cameras.

Trump — who spent three nights in Walter Reed National Military Medical Center being treated for COVID-19 — wanted to appear frail and weak in his first public appearance after being discharged, only to tear off his button-down shirt, revealing a Superman t-shirt underneath with the famous "S" logo emblazoned across his chest, according to The New York Times.

President Trump discussed the idea with staffers over several phone calls during his stay in the hospital before dropping the idea, according to the report.

Instead, the president made an appearance on a White House balcony with a crowd of supporters on the South Lawn below.

As NBC News reported, the president continued to downplay the seriousness of the virus even after his hospital stay, as the guests in attendance were not tested for COVID-19, social distancing was not enforced at the event, and nobody was required to wear a face mask.

He spoke for about 20 minutes and said that COVID-19 "is disappearing."

The president made a few other attempts to stay in the public eye as well.

While still undergoing treatment and actively contagious, President Trump arranged for a motorcade to drive him past supporters who had gathered outside the hospital, an appearance for which he was widely criticized for putting the Secret Service agents attending him at risk of infection.

And, immediately after his discharge, the president walked out the hospital's front doors, boarded Marine One, flew back to the White House, and almost immediately began filming a promotional video on the Truman balcony, as ABC News reported.

The president's three-night stay at Walter Reed has prompted many questions. 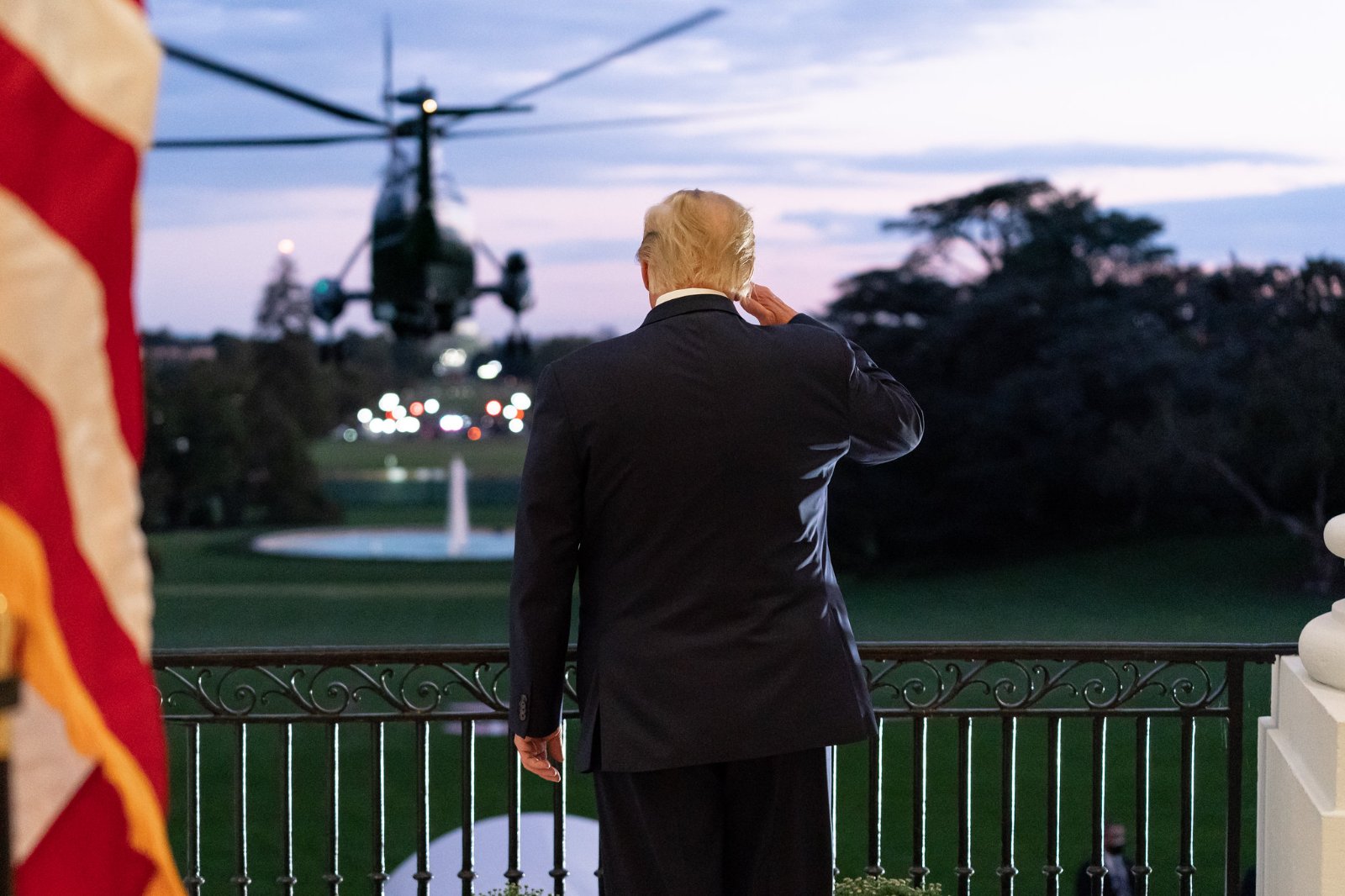 It's been confirmed that the president needed to be treated with supplemental oxygen at least twice, and that he also received a course of antiviral drug remdesivir, the steroid dexamethasone, and an experimental antibody from drugmaker Regeneron.