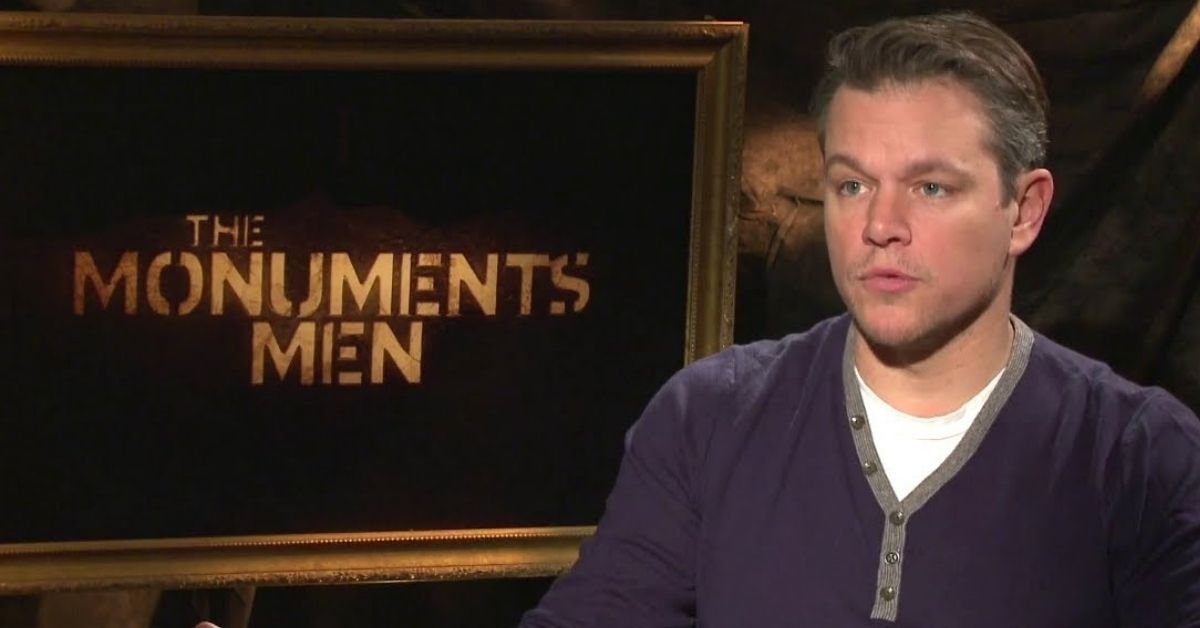 Matt Damon is an A-list actor thanks to his role in the Oscar-winning film, Good Will Hunting, which he co-wrote with Ben Affleck.

Prior to this, he was just a simple guy from Boston with a dream. Despite his star rising, he's still one of the most down-to-earth celebs in Hollywood.

Here are 10+ things you probably didn't know about Damon.

1. Ben Affleck got him into acting.

Ben and Matt's friendship goes way back. The guys have been BFFs ever since they grew up together in Boston.

When Ben was on The Jess Cagle Show, he said that being a child actor "did two things."

"One, it instilled in me a deep love and affection for this art and craft and line of work," Affleck said.

"And it made Matt Damon so incredibly jealous, and drove him into a career in cinema. So I really take credit for that."

2. He's had an ongoing "feud" with Jimmy Kimmel. 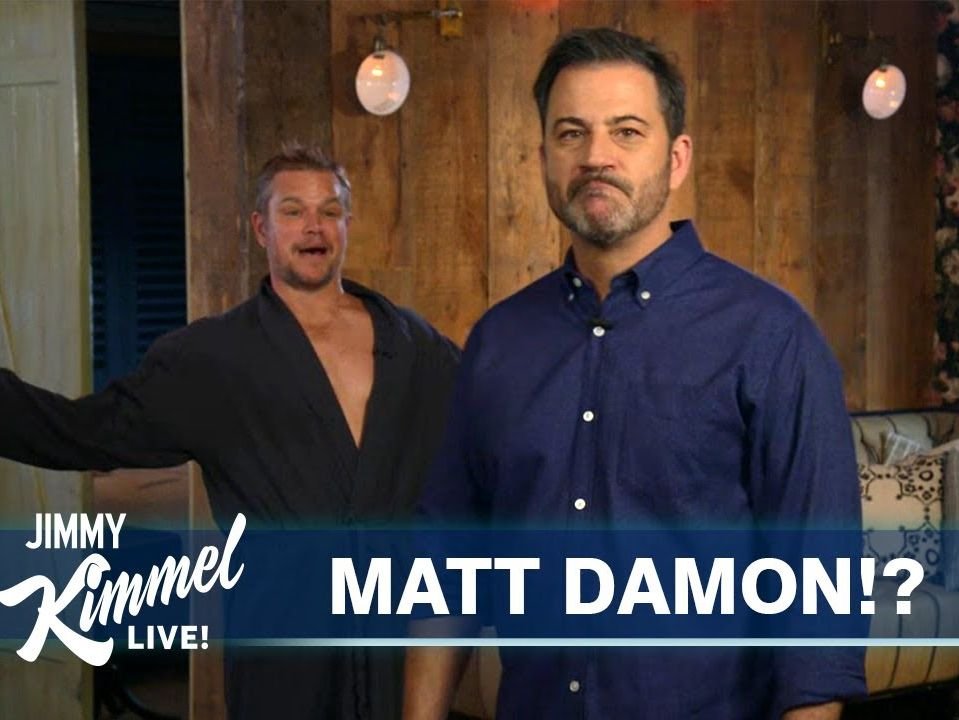 Since 2003, there has been a running joke that the actor and late-night talk show host hate each other.

It all started when Jimmy jokingly ended his show by saying, “I want to apologize to Matt Damon. We ran out of time."

Of course, this didn't happen, but he thought that it would be hilarious to say.

It's stuck ever since then, growing legs they didn't expect.

Even Ben Affleck has gotten involved as the "middle man."

3. He went to the same school as Ben Affleck. 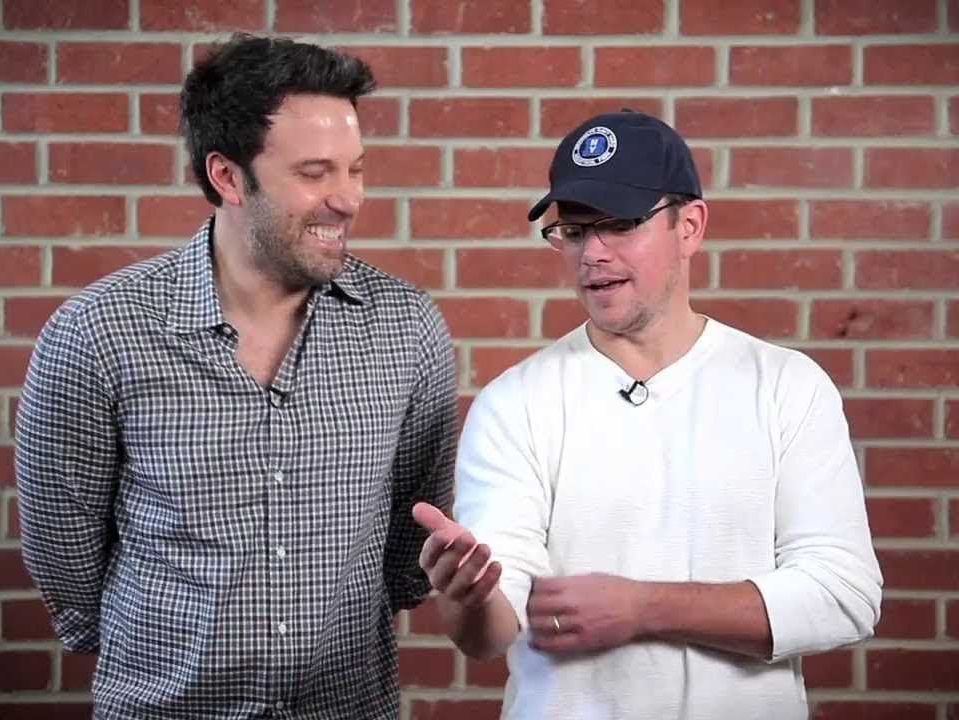 While attending Boston's Cambridge Rindge and Latin School, the BFFs moved in together.

During this time, they famously wrote their Oscar-winning film, Good Will Hunting, which they both starred in.

“Those times were fun!” Affleck once told *People*. 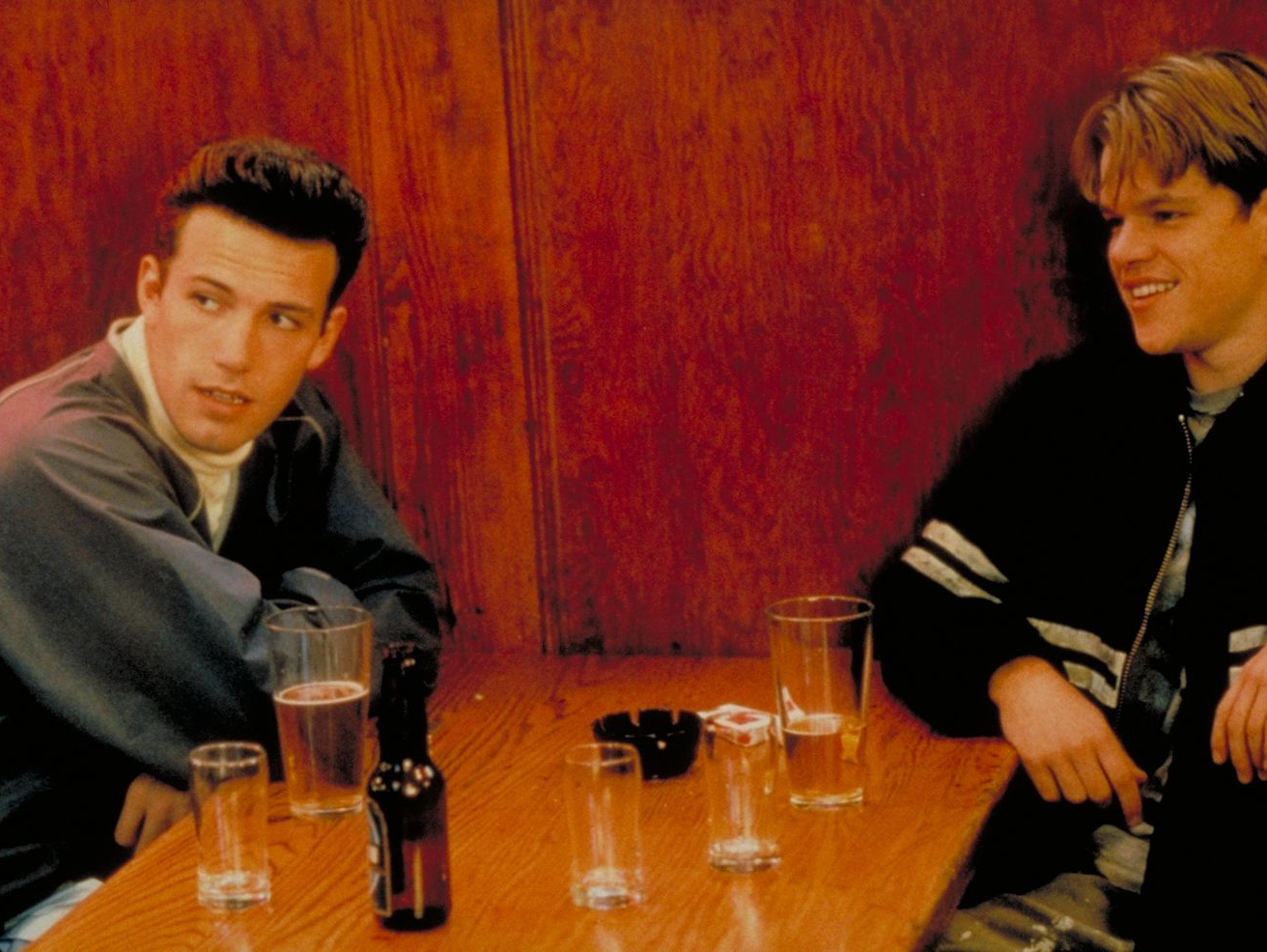 “We had a great time! We were young, we didn’t have the kinds of fears that you have when you get into your 40s if you haven’t gotten to where you want to go," he said.

4. He almost wasn't the lead in *The Bourne Identity*. 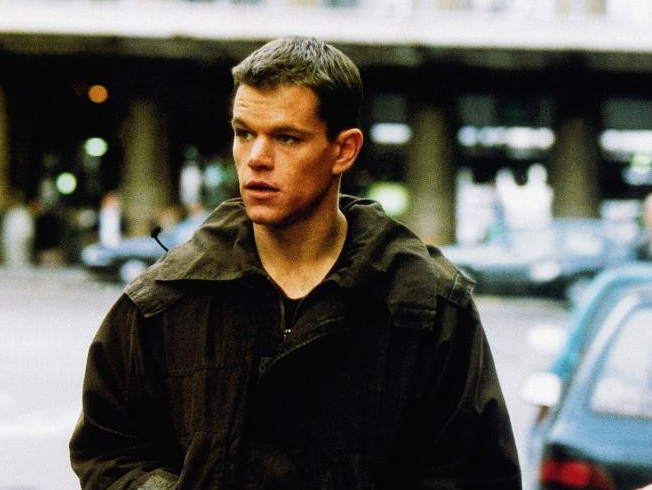 Brad Pitt was the first choice, but he passed to make 2001's CIA thriller Spy Game.

Playing Jason Bourne cemented Matt as a star, but the director almost killed his character off in the first movie.

"Matt Damon and I talked about killing Jason Bourne at the end of The Bourne Identity," director Doug Liman told Cinema Blend.

"We were like no one will see that coming! And obviously, we decided not to do that." 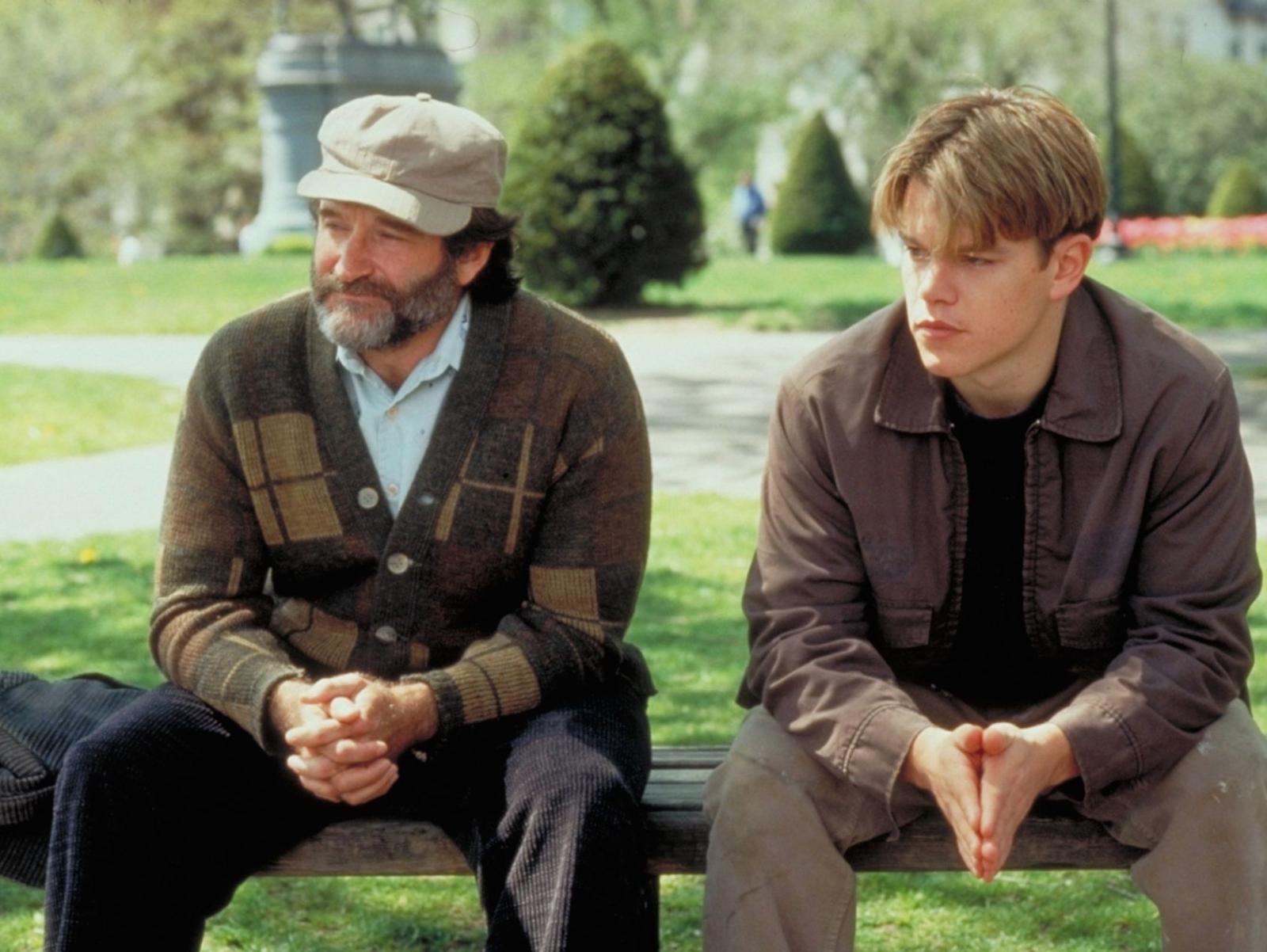 He attended the prestigious school in the early '90s.

He ended up leaving the school when he was just 12 credits shy of graduation to take a part in the movie Geronimo in 1993.

She was actually the one working behind it in Miami in 2003.

They've been together ever since and have four daughters together: Isabella, Gia, and Stella and one from Luciana's previous relationship.

7. Matt loves the fact that he married a regular person.

"I got lucky," he told Esquire.

"I fell in love with a civilian. Not an actress and not a famous actress at that. Because then the attention doesn't double — it grows exponentially."

8. He loved writing *Good Will Hunting* with Ben.

“I laughed the entire time we wrote,” Damon told The Guardian. "It was a really joyful experience.”

Even more joyful was the fact that it won the Oscar for Best Screenplay!

After Good Will Hunting, the actor was shot into fame. Even with the perks of this, he still considers himself the same guy:

"I remember my brother said: ‘How are you doing?’ And I was, like, ‘I’m the [expletive] same, but everyone else is different.’”

10. He's known as one of the most normal famous guys in Hollywood. 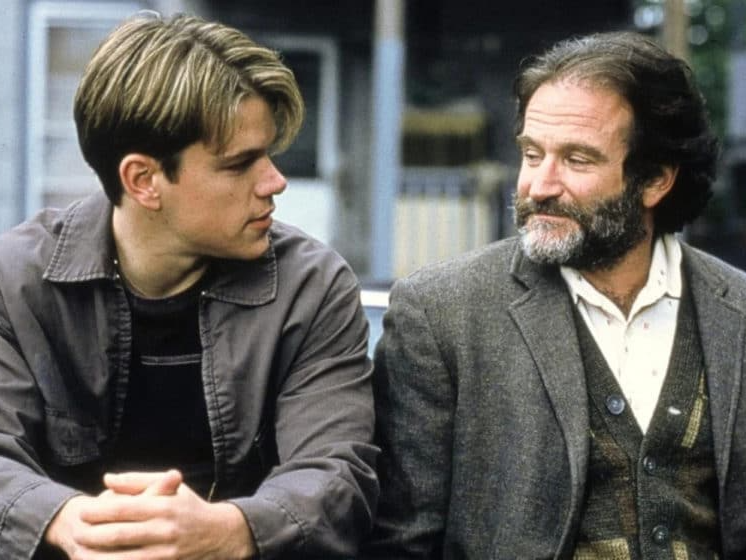 "I remember doing an interview with De Niro and Angelina [Jolie] for The Good Shepherd and Larry King had looked up online some words that were closely associated with us. Bob's was like 'intense', and Angie's was like 'ravishing'. I was 'nice'. And I can live with that!" he told Esquire.

11. His family travels with him during filming.

The Damon family has a rule: they can't be apart for more than two weeks.

When he was filming Invictus, he even flew his daughter's entire class out to South Africa with him. 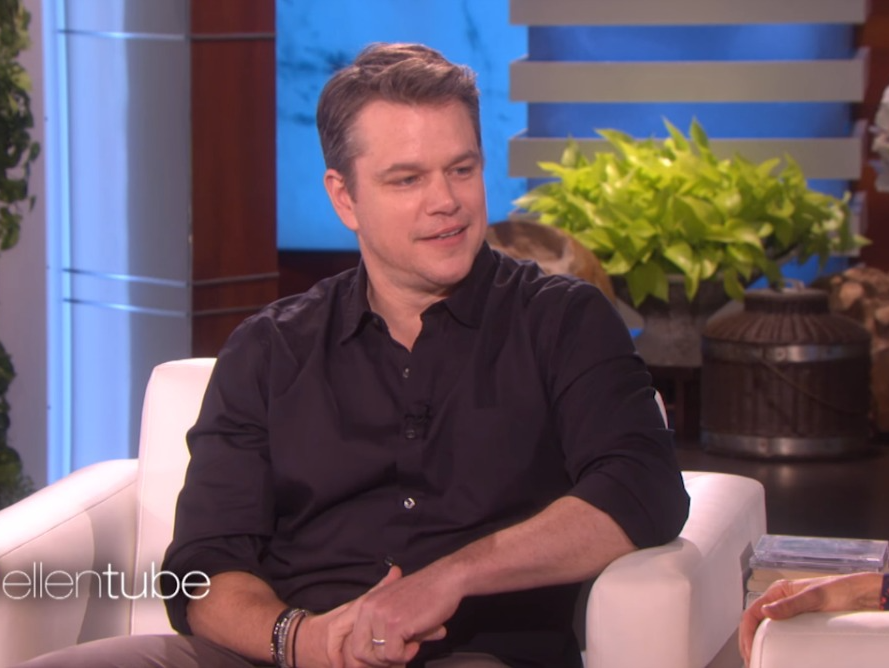 When it comes to flying, he's had the unfortunate pleasure of a few terrifying experiences.

The first was when he was 19 and hired to work on the movie, Rising Son.

"I remember feeling so scared as the plane was banking, because if it crashed, I would never be in movies," he said. 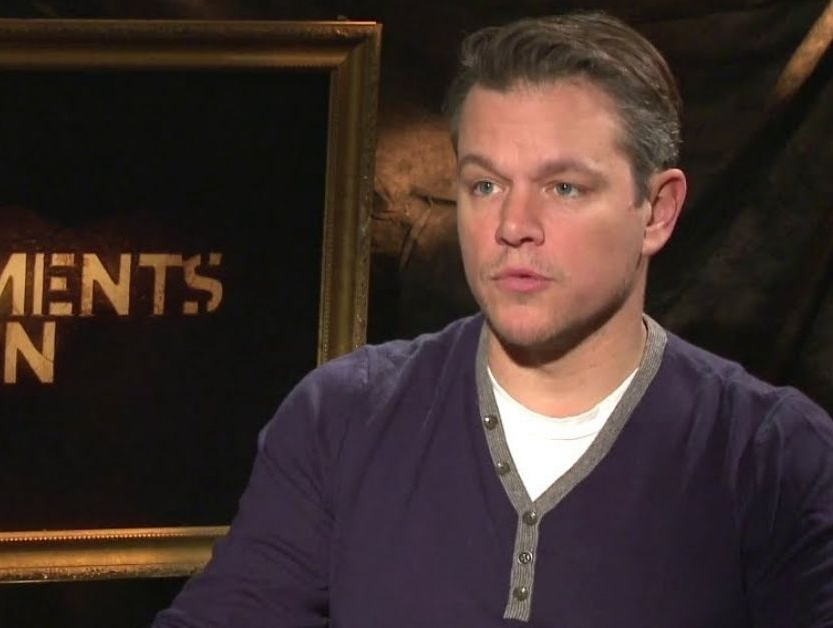 His other fears include snakes and heights.

So... we think he should avoid watching Snakes on a Plane, pretty much forever.

13. *The Bourne Identity* franchise helped save his career. 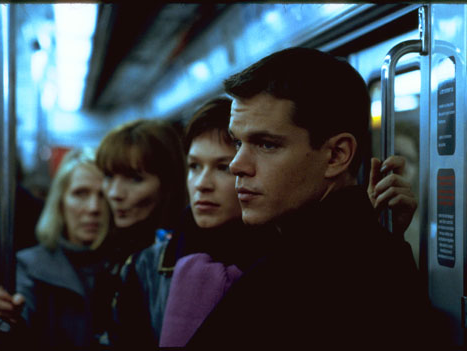 After Good Will Hunting, the actor starred in a few flops: All the Pretty Horses, The Legend of Bagger Vance, and Gerry.

"I noticed how differently I was treated in the business," he told Esquire about people in the industry being wary to work with him.

"But it helped me come to peace with the fact it's not personal, it's about numbers."

But then The Bourne Identity happened.

You could say that he was "Bourne" again, as the movie ended up being a huge success that has spawned several films.