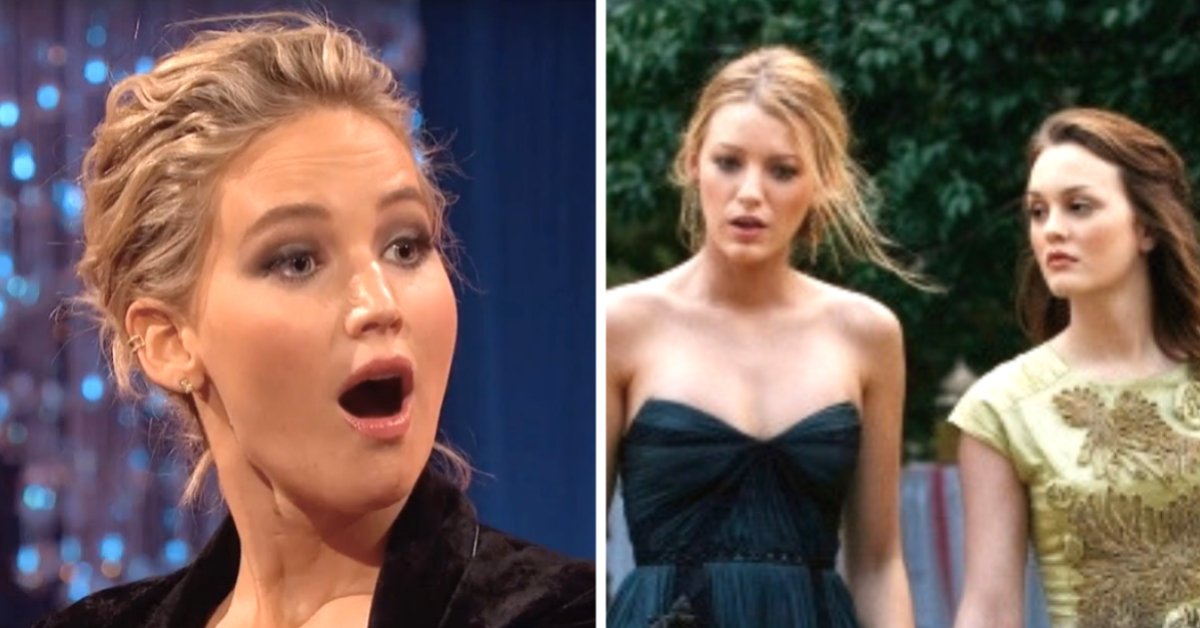 Over the years, we, the avid — or obsessive — consumers of TV have grown to know and love the characters we've dedicated hours of our lives to.

That includes merging the actors or actresses who play said characters with their roles. There's no way for them to be separated — and that's why when we heard about these near-casting choices, we were fully shooketh. 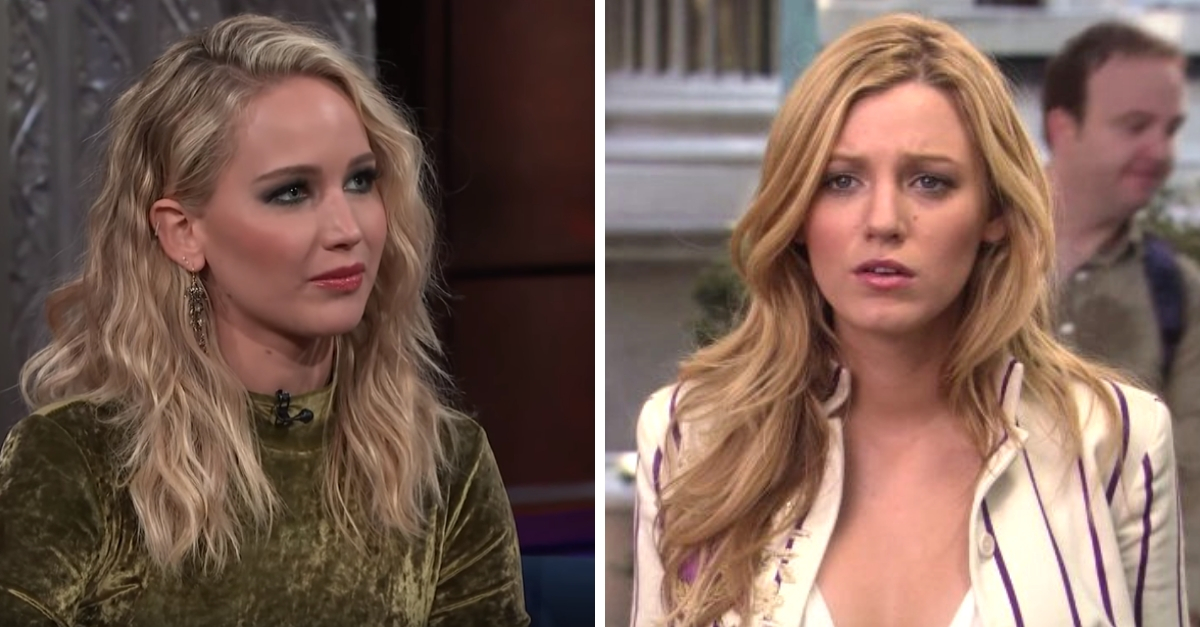 Probably one of the most iconic faces to grace our drama-loving TV screens, Blake Lively made the rich-but-different-than-most-girls Serena come to life.

J-Law auditioned as a teenager, and she might have actually worked out since Serena's personality is about as equally as interesting as being known for the quirky characteristic of liking pizza.

2. Britney Spears as Allie in 'The Notebook' 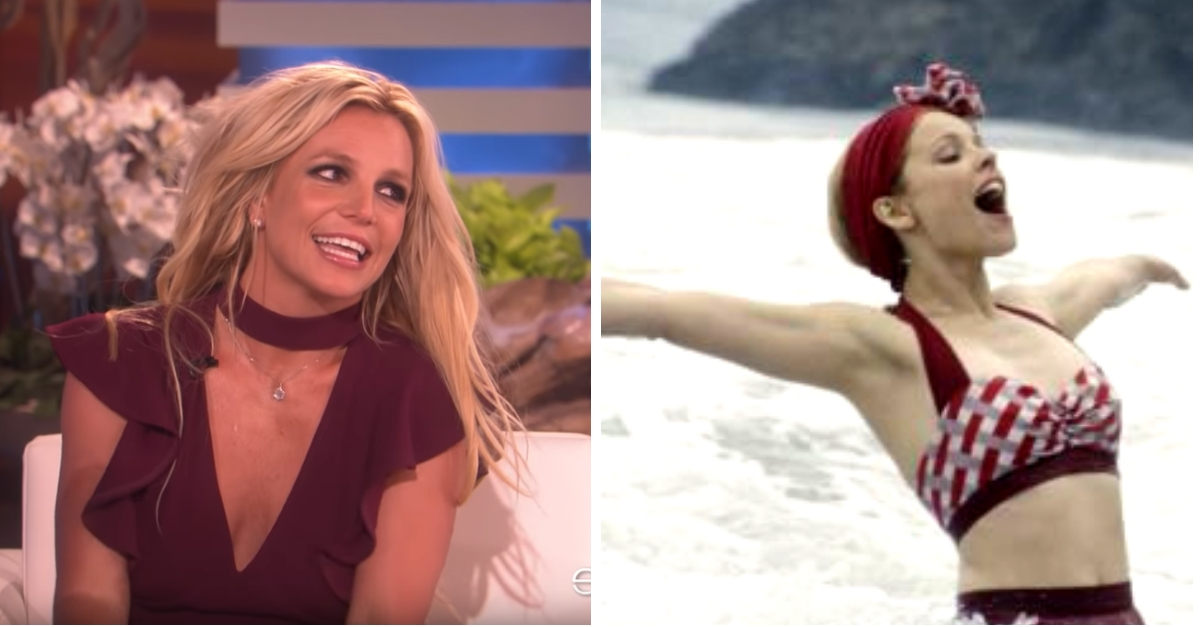 This discovery has truly shaken me to the core, and imagining Britney Spears opposite Ryan Gosling in the romance of our generation has me straight fricked up. She actually came very close to getting the role, and even did a screen-test with Ryan on set!

3. Josh Hutcherson as Peter Parker in 'The Amazing Spider-Man' 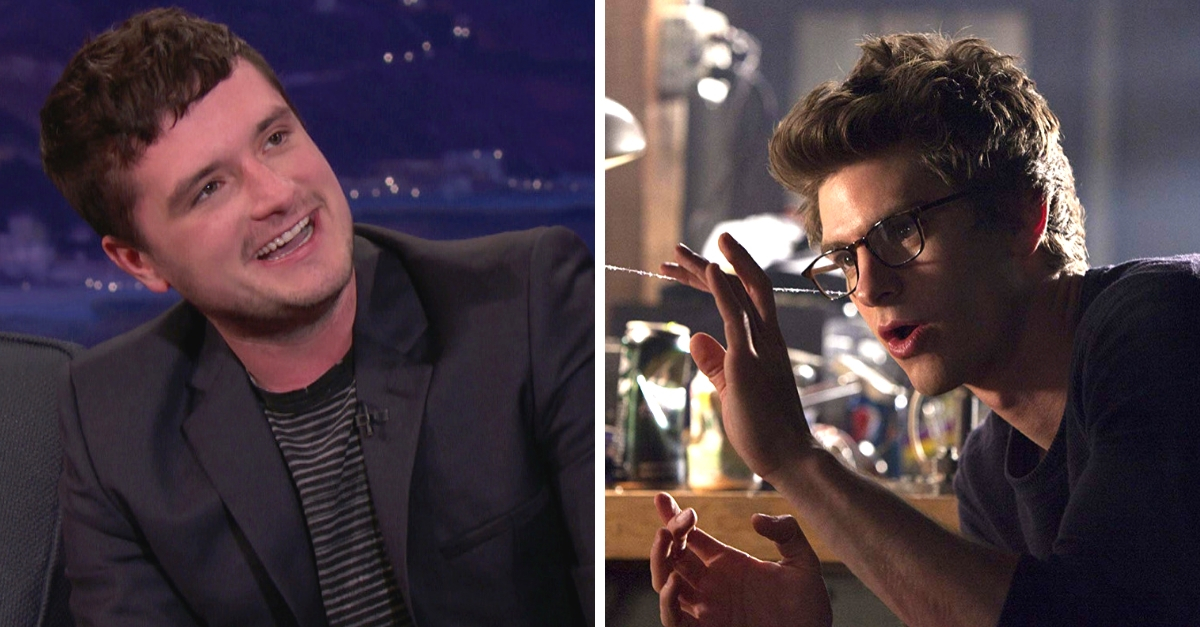 Andrew Garfield is my personal fave out of the new Spider-Men (Spider-Mans?) — and yes, I know Tom Holland "looks the right age and is a great actor and has the screen charisma of Robert Downey Jr." or whatever people are saying. But I love Andrew.

Josh Hutcherson in place of him? Absolutely not. He never stood a chance—even if he did audition. 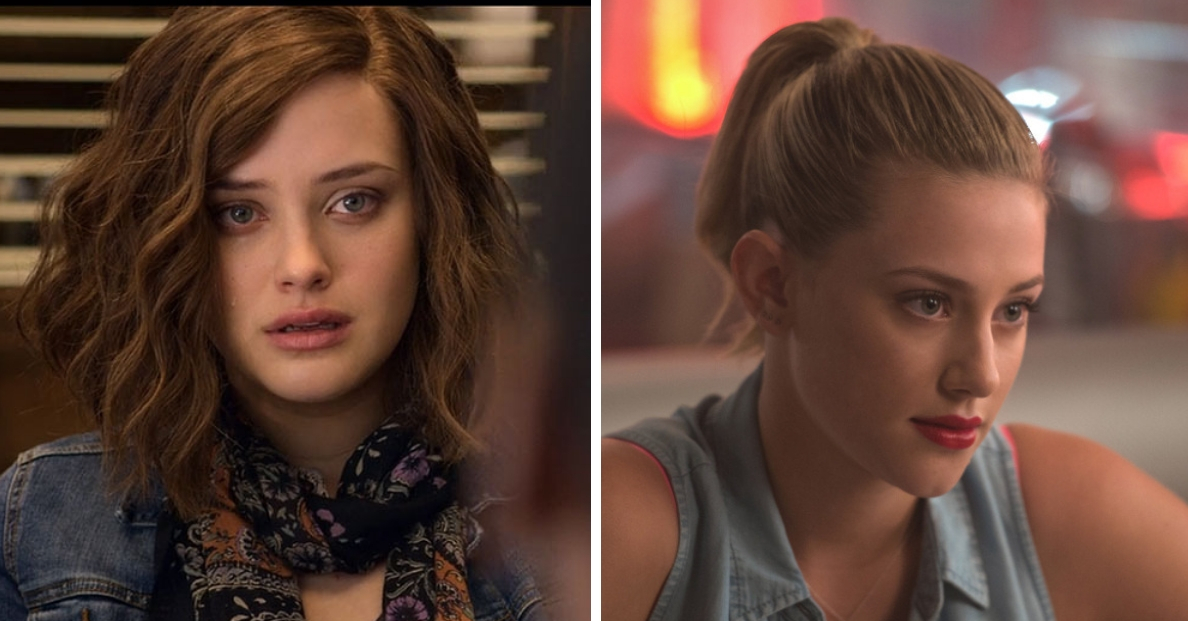 As the stars on two of the most popular Netflix originals in the last few years, Katherine and Lili are angel-babes as they are. But how crazy would it have been to see the snooping in Riverdale done by a brunette bombshell?

Katherine auditioned for the role, and even became close with the V to our B! 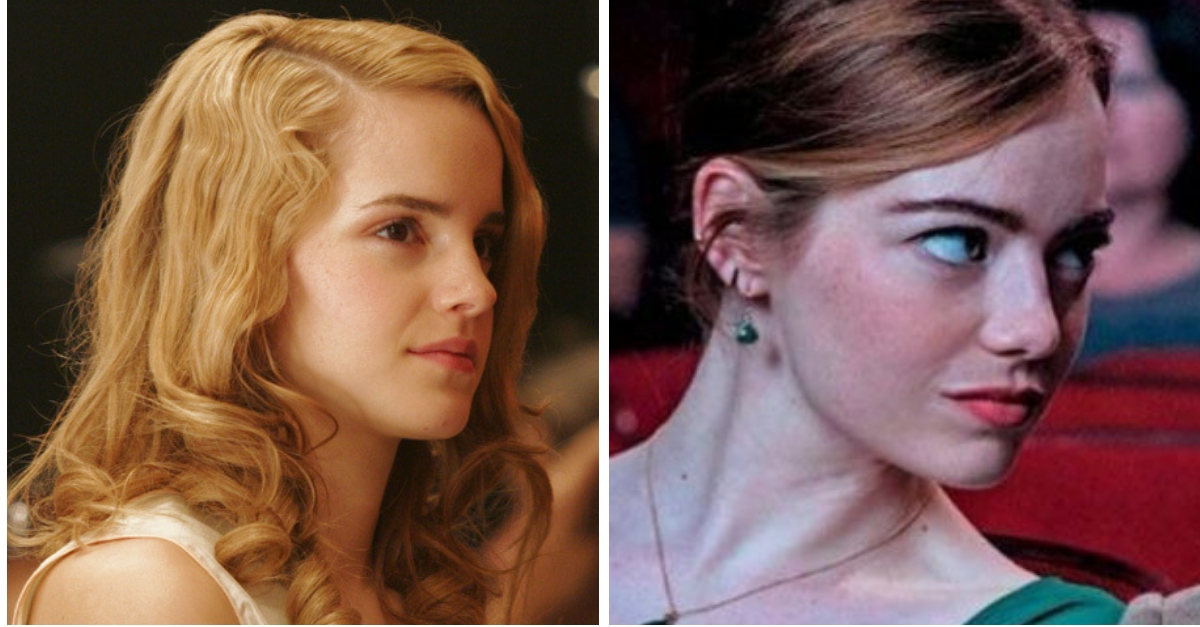 According to an interview with Variety, Emma Watson was actually a final choice for Mia in La La Land but couldn't follow through with the role due to scheduling conflicts.

Between horse training, dancing, and singing lessons for Beauty and the Beast, she was tied up.

6. Ben Affleck as Josh in 'Clueless' 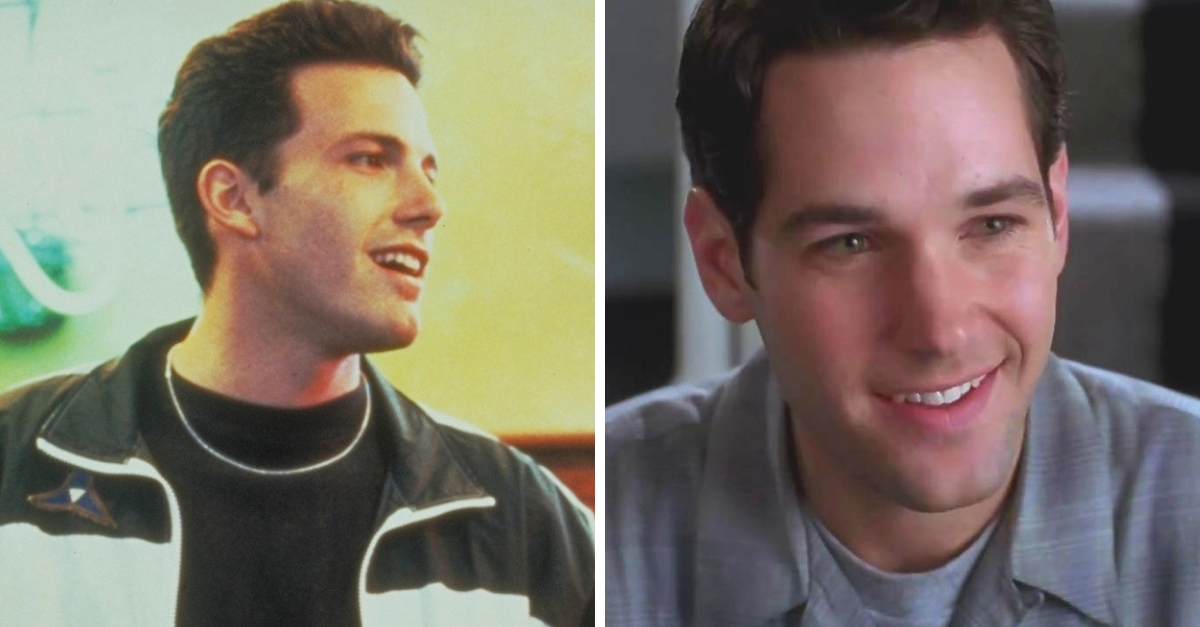 Ugh, 90s babies are torn on this one TBH. In a comprehensive look at our fave from way back, Clueless, Vanity Fair revealed that the original F-boy Josh was almost played by Ben Affleck.

I would've been okay with this. He was a smoke show, and I am so sad that his Batman was such a flippity flop.

7. Tom Hiddleston as Thor in 'Thor' 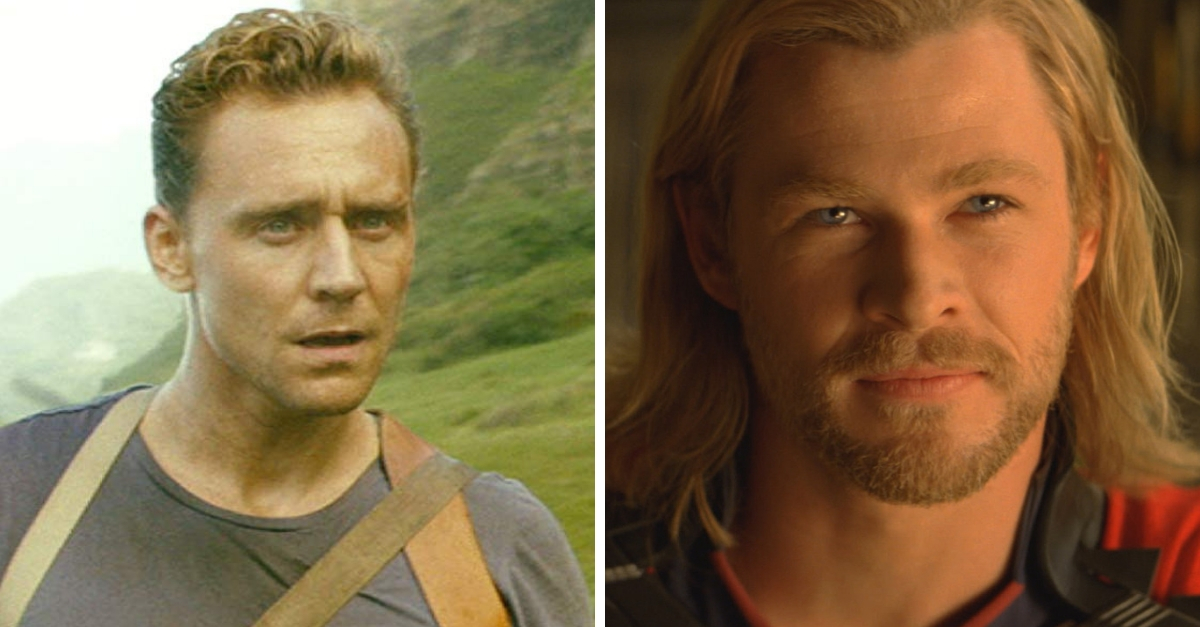 Tom Hiddleston actually auditioned for the role of Thor, and made it through several stages until they realized he was much more suited to the role of our beloved villain and daddy of the dark, Loki.

8. Jennifer Lawrence as Bella in 'Twilight'

Again, this could work! Kristen Stewart barely even acted in the Twilight series — so all J-Law would have had to do is dye her hair back to black.

But that would've meant never experiencing the whirlwind that was Rob and Kristen's relationship — and that's not a loss I'm willing to take. 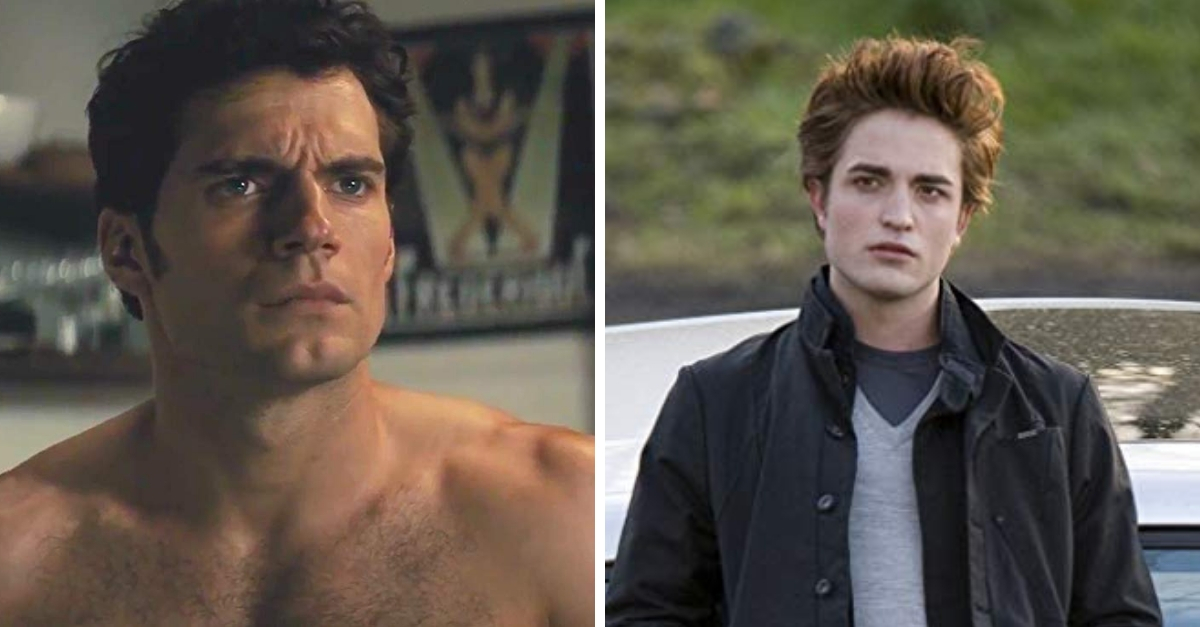 While Henry wasn't cast and didn't audition for the role of Edward Cullen, the writer of Twilight, Stephanie Meyer, did say he was her dream Edward but was too old:

"The most disappointing thing for me is losing my perfect Edward. ... I'm not willing to relinquish Henry completely. ... I propose that Henry play Carlisle!" 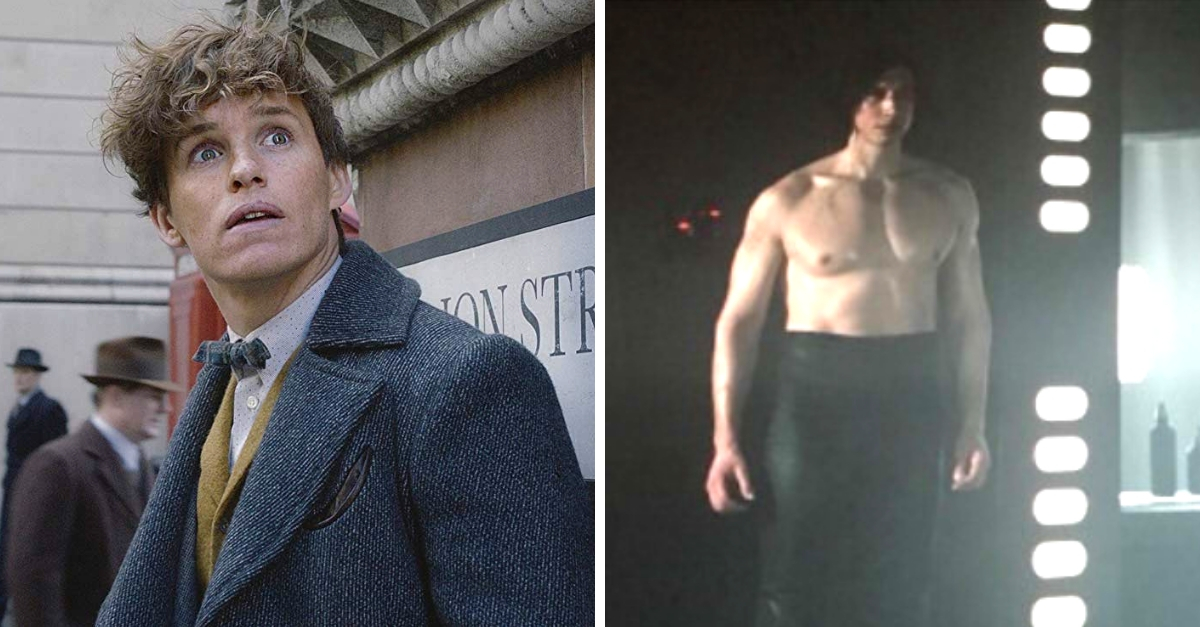 Eddie Redmayne is a sweet, angel-faced man that I would allow to stab me if he asked politely — and I just feel as though that might be the reason he didn't get cast as Kylo Ren.

Adam Driver, on the other hand, has the shortest torso in the history of mankind, and from here on out, I will only refer to him as Ben Swolo. 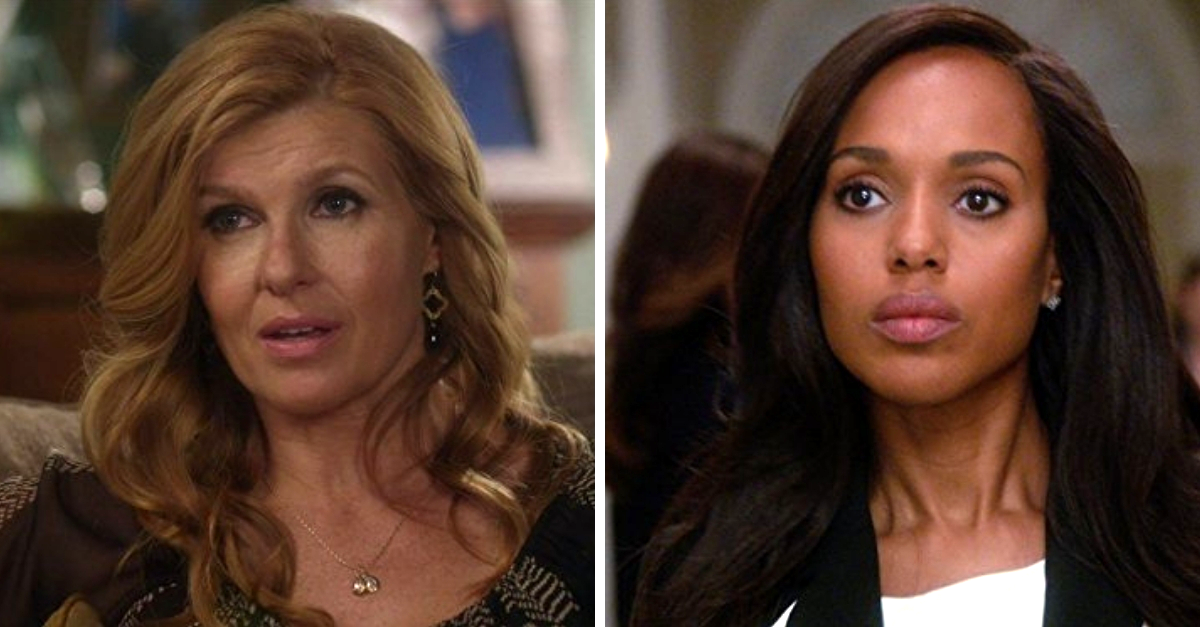 ABC was adamant about having Connie Britton, a queen in her own right, play the iconic and all-powerful Olivia Pope.

But in an interview with The Hollywood Reporter, Shonda Rhimes said, "I got a phone call from somebody who said, 'This would be the perfect show for Connie Britton.' I said, 'It would be, except Olivia Pope is black.'" 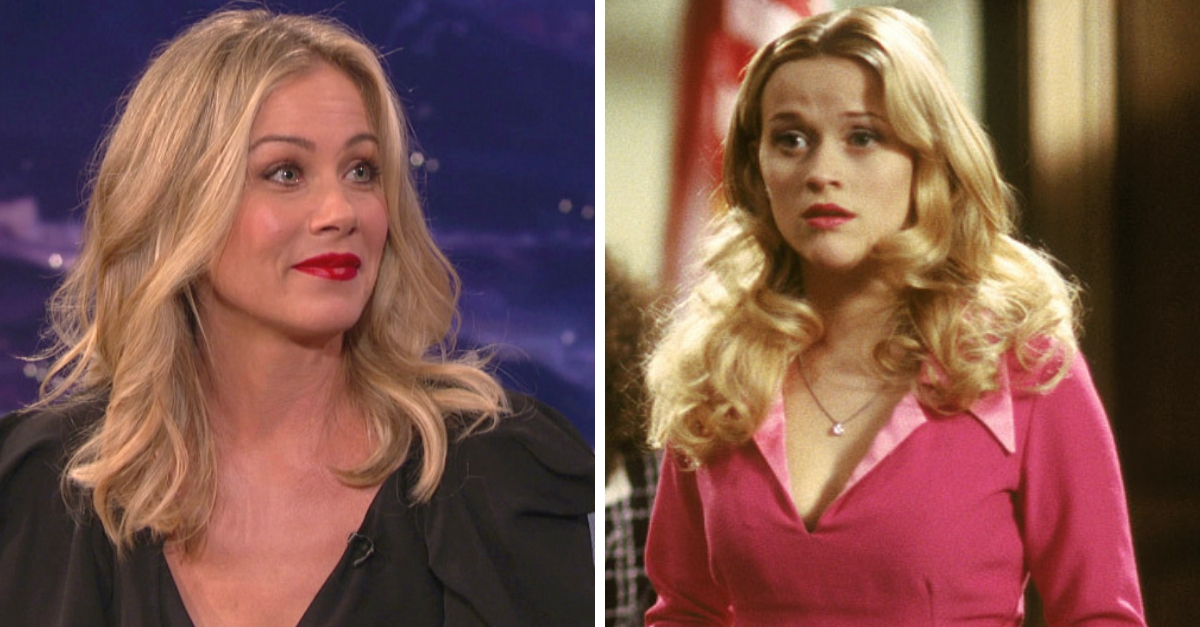 Not only did Christina audition for the role, she actually got it and turned it down! Years later, she told ET she totally regrets that decision: "What a stupid move that was, right?" 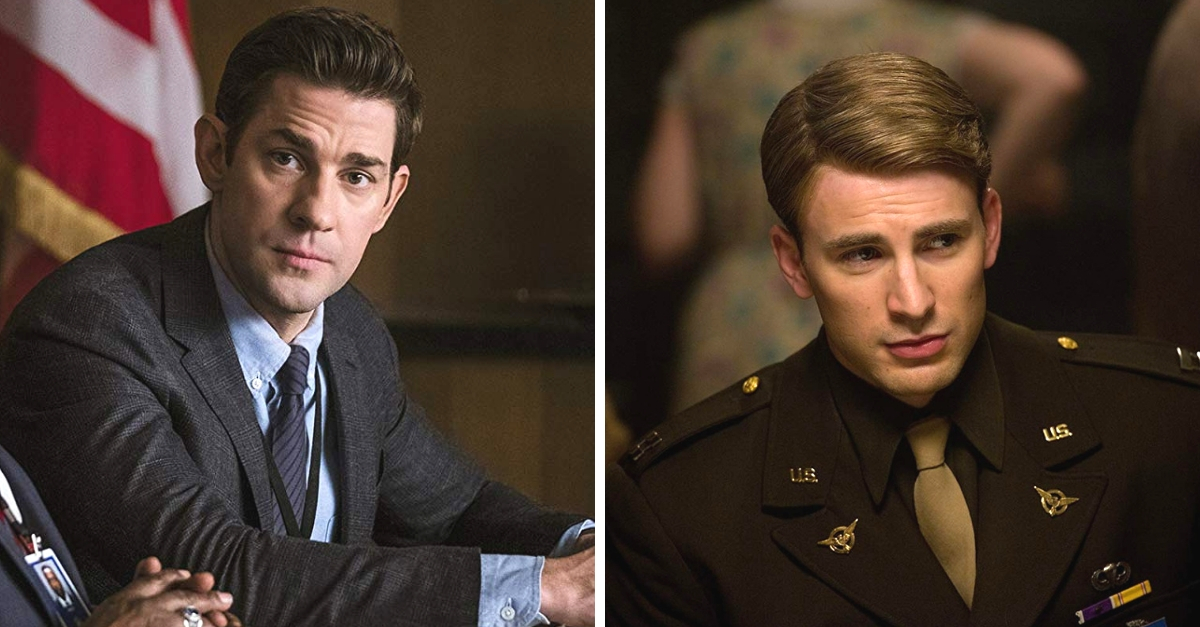 Are Marvel stans going to cut my throat if I say that I think this would've actually worked? Like, have you seen Johnny boy in Jack Ryan, A Quiet Place, or any other film where his biceps are visible? Zaddddddy alert!

14. Gwyneth Paltrow as Rose in 'Titanic' 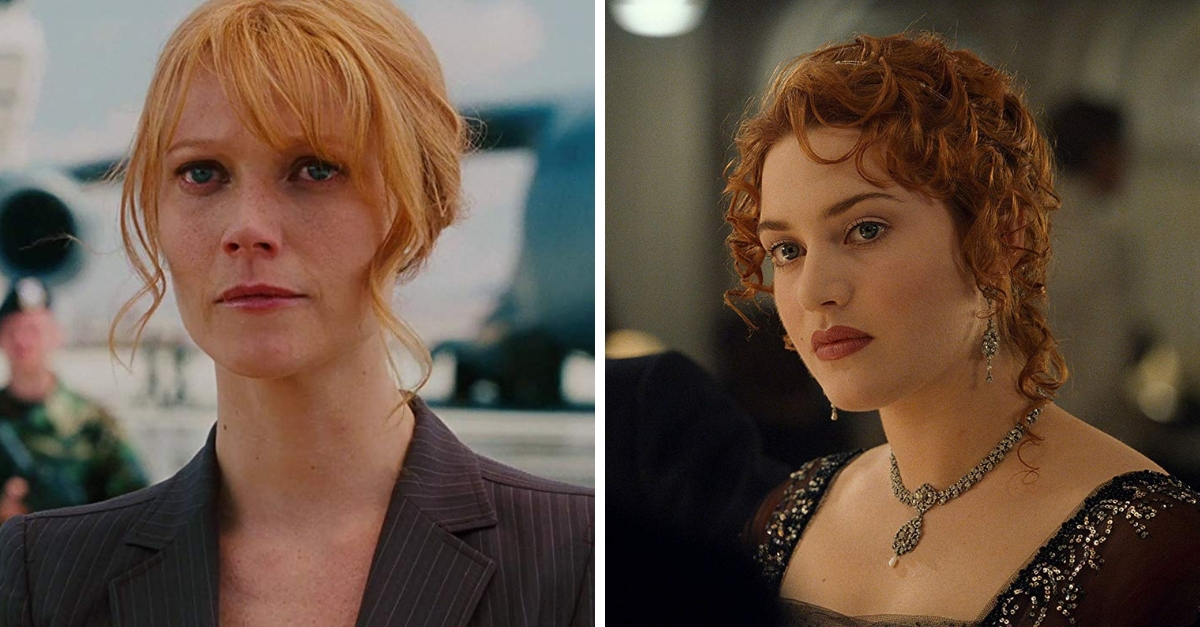 Gwyneth was one of the last contenders for the role of Rose, opposite Leo DiCaprio, but ultimately turned down the role.

Although most of us would be shaking our heads, she doesn't seem to regret it, "There's a universal lesson here. What good is it to hold onto roles?"

15. Ashton Kutcher as Patrick Verona in '10 Things I Hate About You' 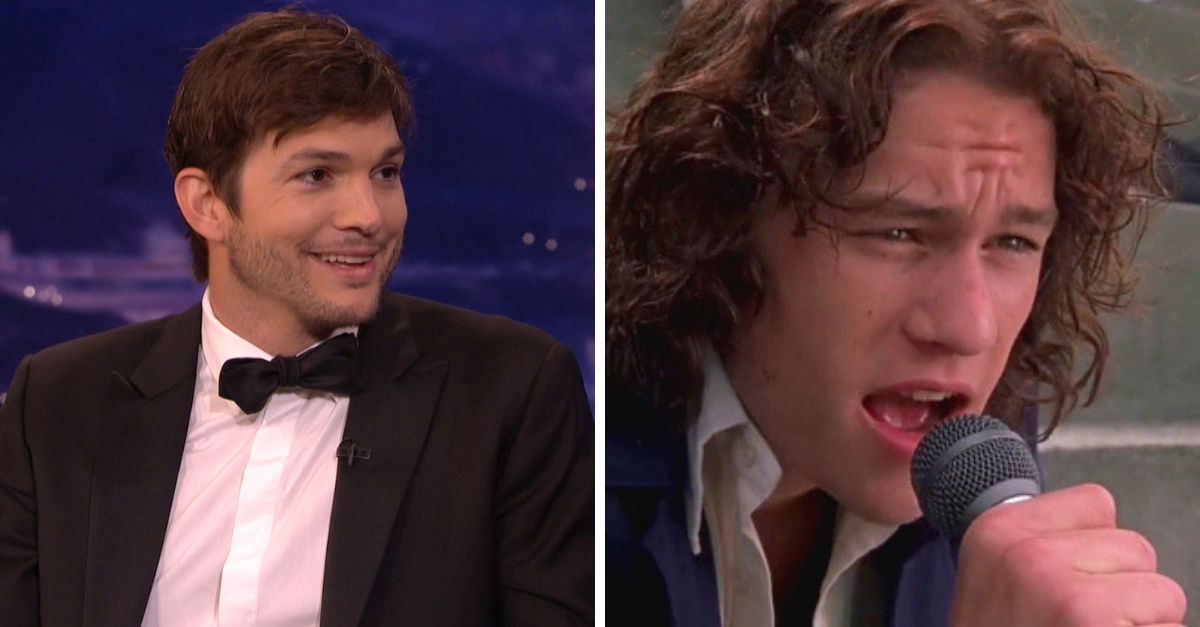 Heath was an absolute angel, and he did suuuuch a good job of making all of us want a meanie-to-the-world, sweetie-to-your-girl type of guy.

But apparently our That '70's Show bae Ashton Kutcher was in the running to be Pat, too.

16. Mindy Kaling as Lillian in 'Bridesmaids' 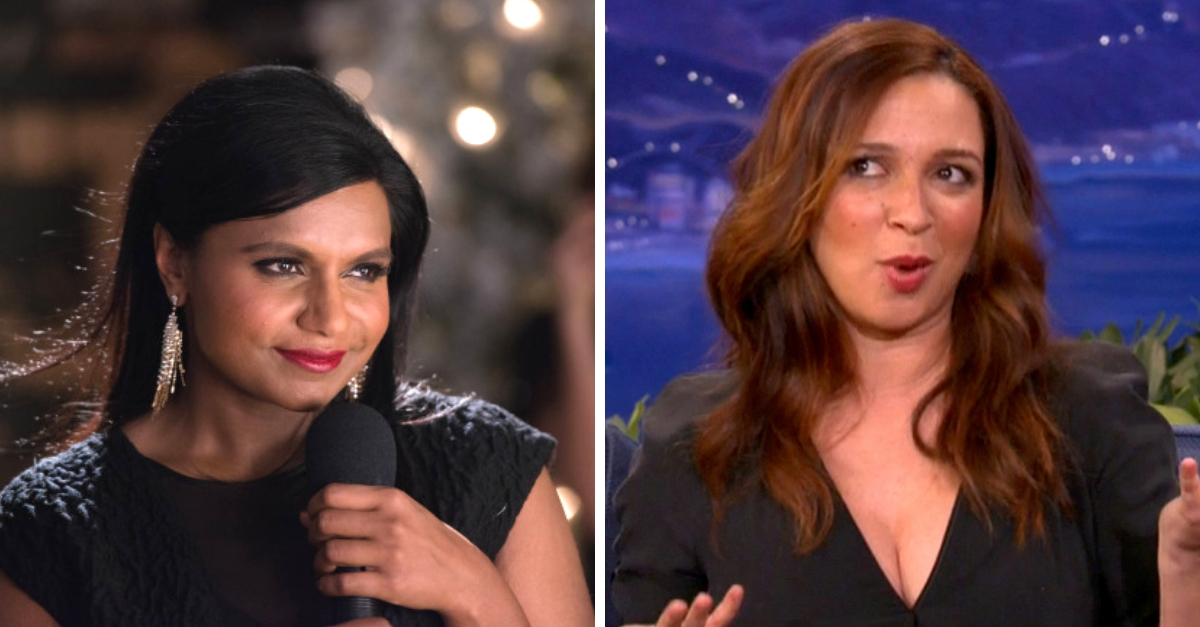 Mindy deserves to be in Bridesmaids, TBH. As one of the funnier actresses in the game right now, and Bridesmaids being probably the funniest female-led comedy in a long time, she would have fit in just fine.

But not as Maya's character, cause we stan Lillian. Just as her own character. Or as herself, because she's hilarious.

She auditioned, but didn't end up getting the role and called it heartbreaking.