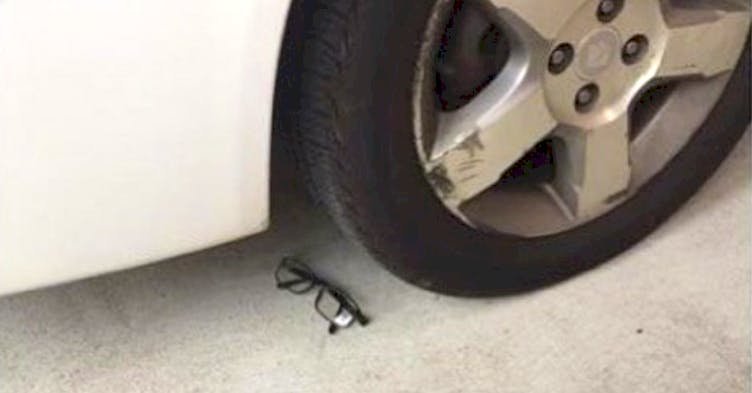 16 Satisfying Clapbacks People Had For Their Exes

Sometimes a relationship has clearly run its course and the best thing to do is to break it off. It hurts to stop seeing someone, but the tornado of feelings involved often makes breaking contact the best course of action.

If only some exes could understand that. But as this list proves, sometimes it takes a little more than "new phone, who dis" to get the message across.

1. That sly grin emoji already said it all but apparently, this dude felt like spelling out what he wanted. 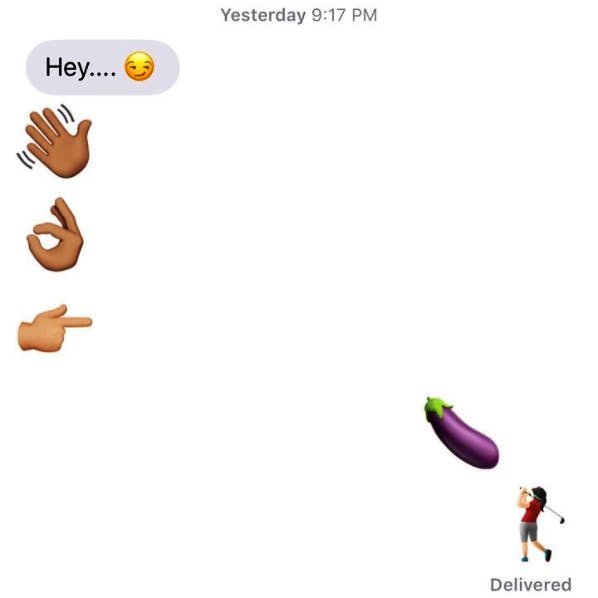 But it's a good thing he did because the world would've been much poorer without this savage response.

2. Hmm, I get the feeling that somebody might still be a little mad about the cheating. 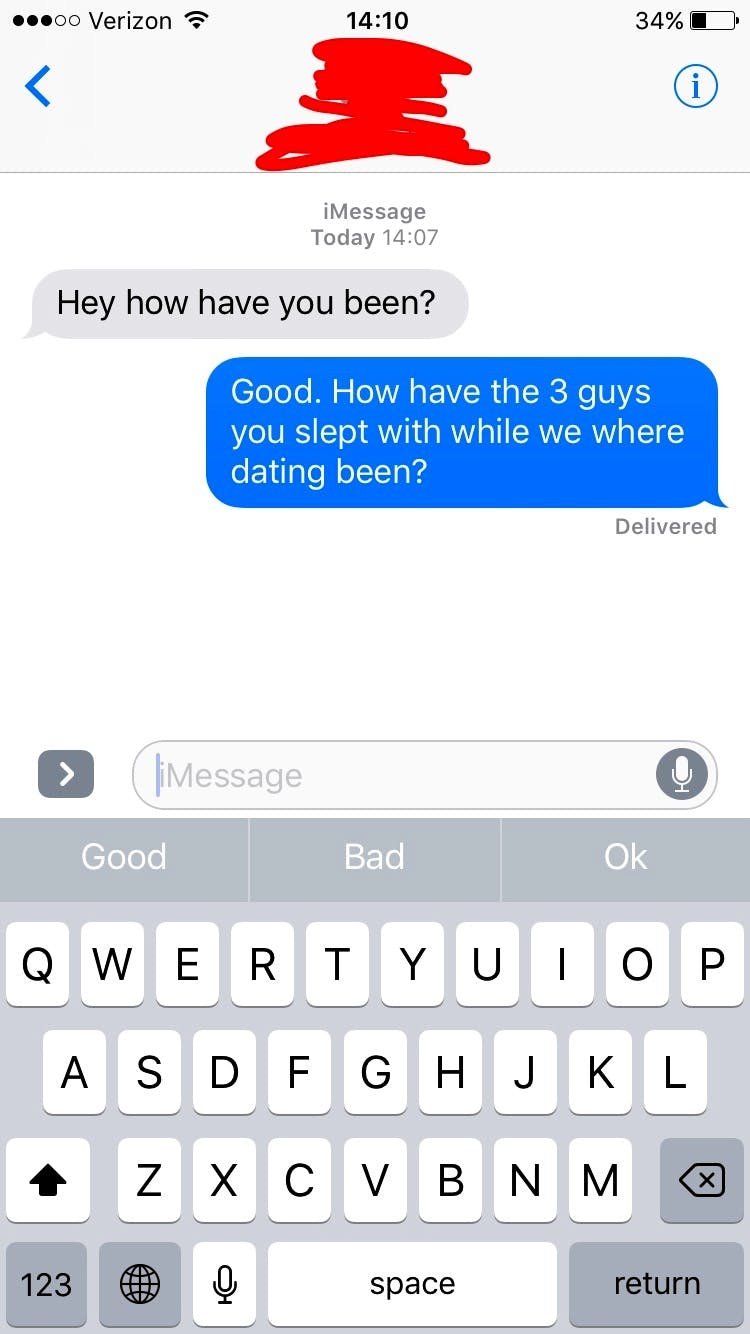 I think the "three strikes and you're out" rule was more than fair here. Hopefully, this ex can take the hint that this means "stay out." 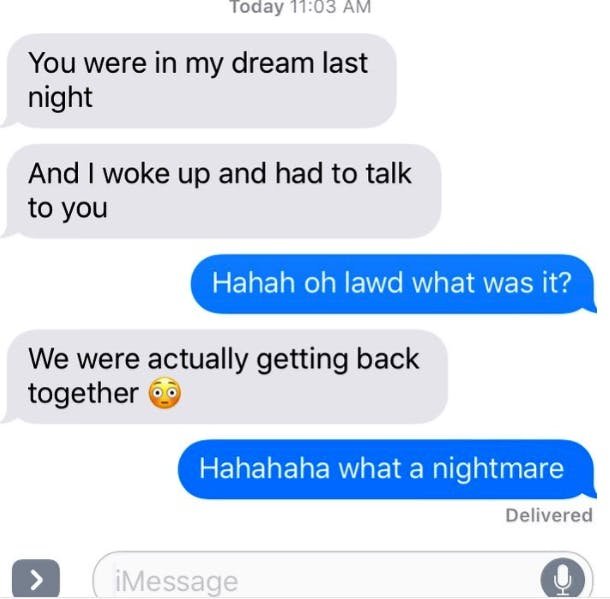 Strap in, folks, because this is probably the most good-natured exchange we're gonna see today. At least somebody found their way to the same page.

4. Whoa, I suppose she didn't say no to this request, but I don't think anyone's trying to pick up ashes. 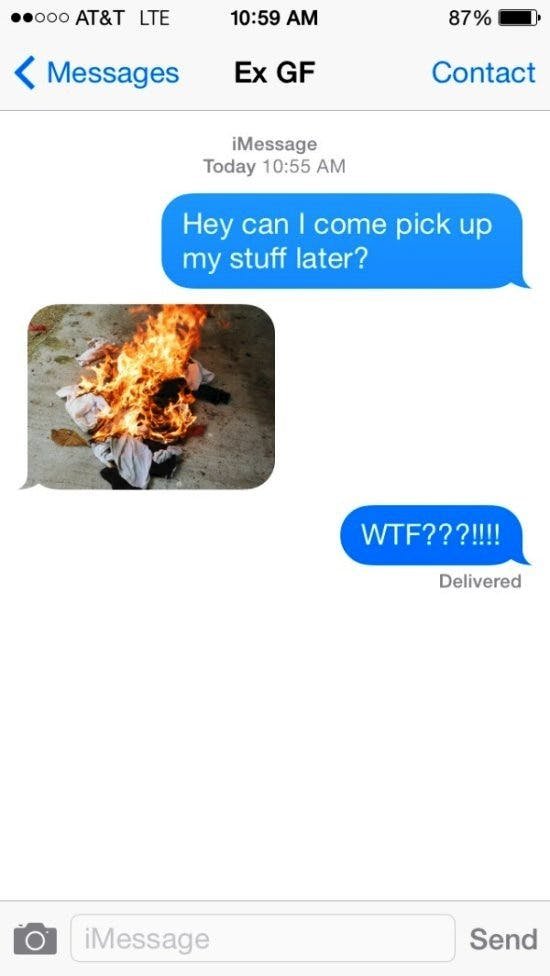 If I really felt like being annoying, I'd have shown up with an urn so I can properly lay my stuff to rest.

5. Uh oh, it looks like the homie here has a little more to discuss than he thinks. 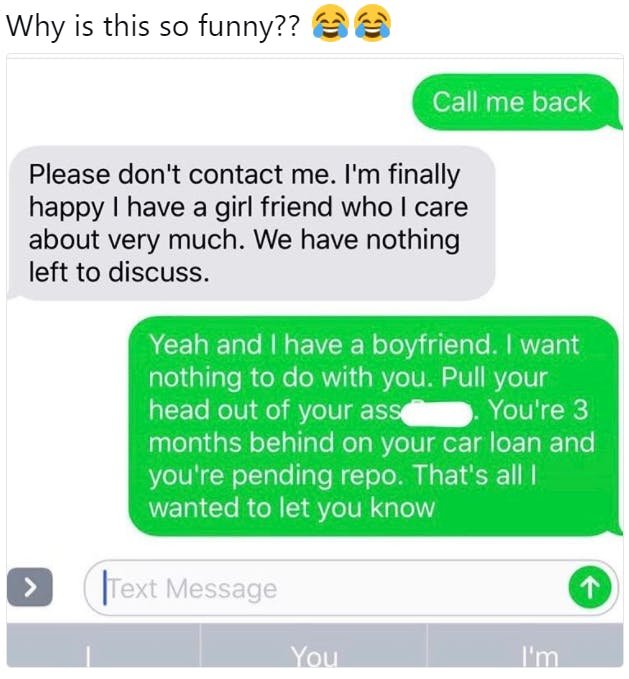 I'm not sure how she came across this information, but I have a feeling she really didn't hate to be the bearer of bad news here.

6. Haha, how appropriate that this person treated their ex the same way they would a room full of spiders. 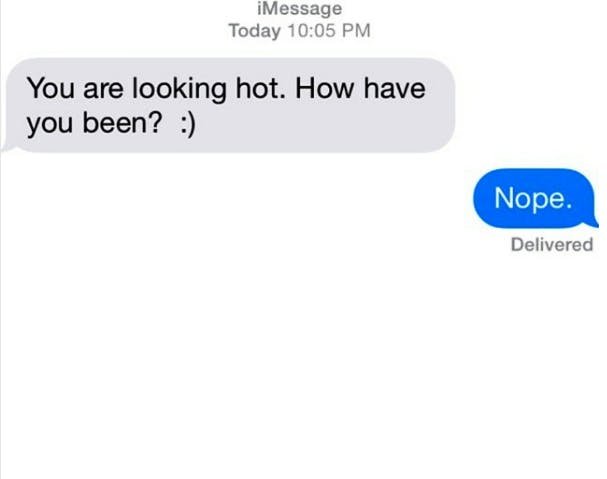 Granted, that scenario would probably make the "nope" a little louder but it should send the same message.

7. I think it's a pretty safe bet that this wasn't the response they were looking for. 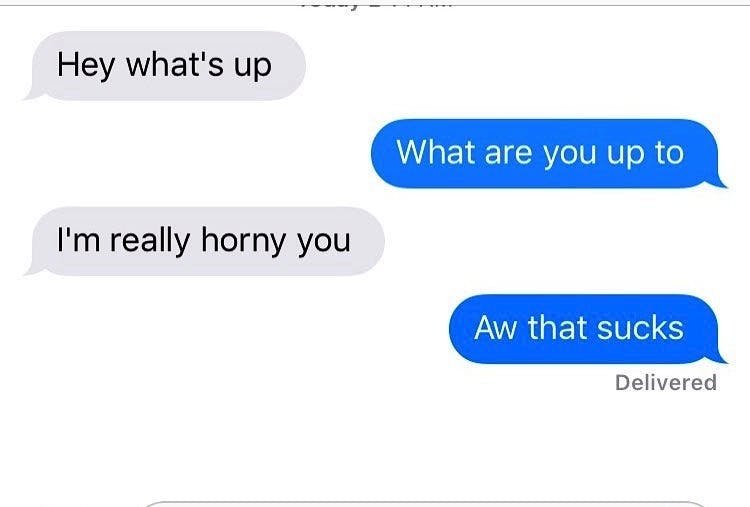 And if they still don't get it, something like "you should probably do something about that" would likely do the trick.

8. That seems like a really specific hang-up, but as long as this person feels better, I guess. 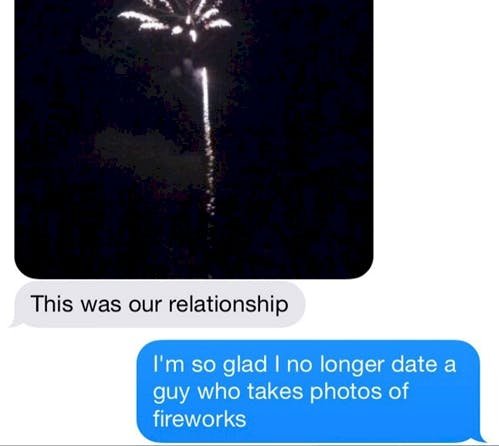 Although I'm guessing that the response would have been pretty much the same no matter what random picture he went with.

9. I'll give this ex points for a nice try, but of course, the devil is in the details. 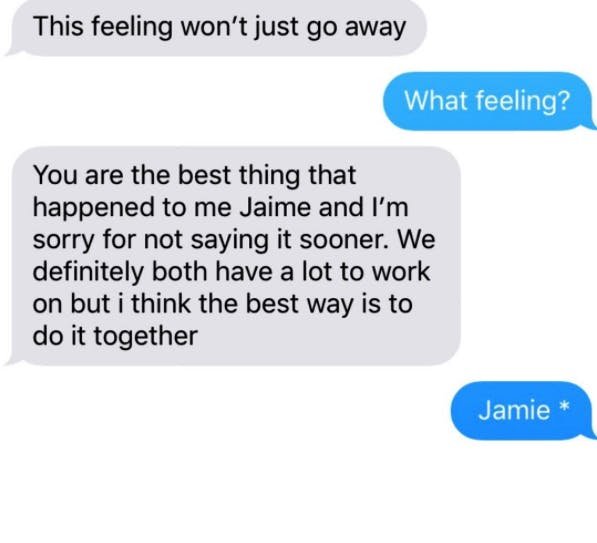 After all, nothing inspires confidence in your declaration of love and regret like forgetting how to spell your beloved's name.

10. If nothing else, we have to give the ex-boyfriend credit for having a sense of humor about this. 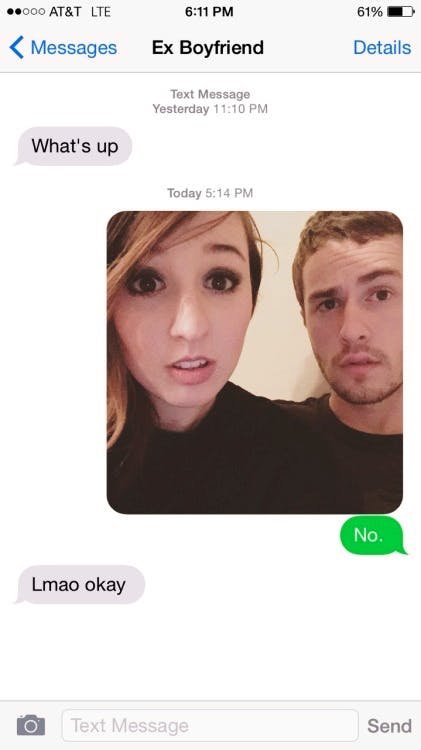 Honestly, I'd have to really not be over it if I'm not laughing at my ex and her beau giving me the same bewildered look.

11. Yikes, this person must be really desperate if they're vainly hoping there's such a thing as "ex chores." 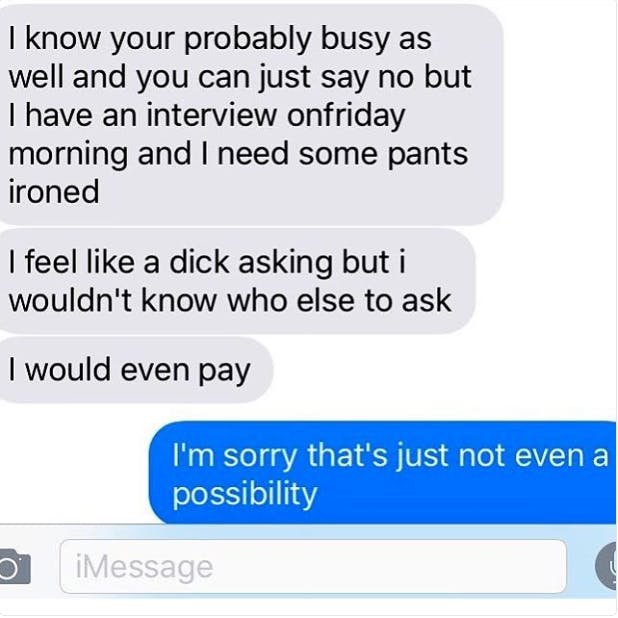 Still, that breakup must have really been messy because I think my ex could actually get me to do this if she was offering payment.

12. This one might actually be my favorite because I can't say I've ever been called a "derelict" before. 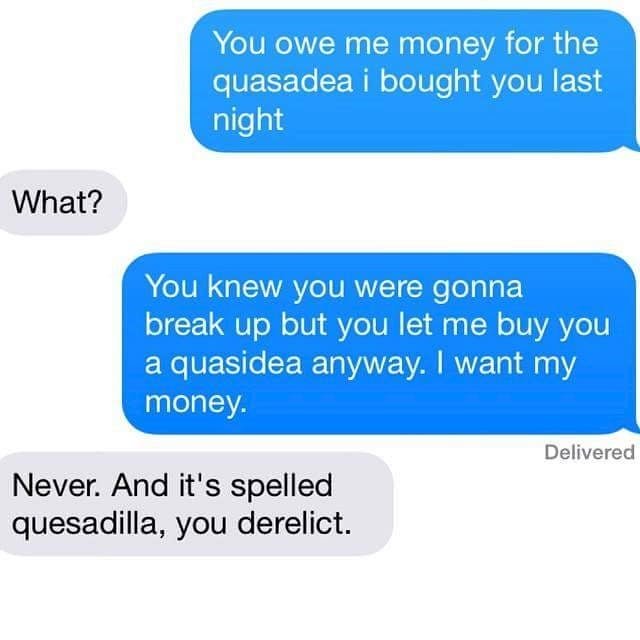 And yeah, they didn't sign a binding agreement, so I think it's time to let that quesadilla go. At least now they can spell it for next time.

13. Well, I suppose that the preacher approach is...different. 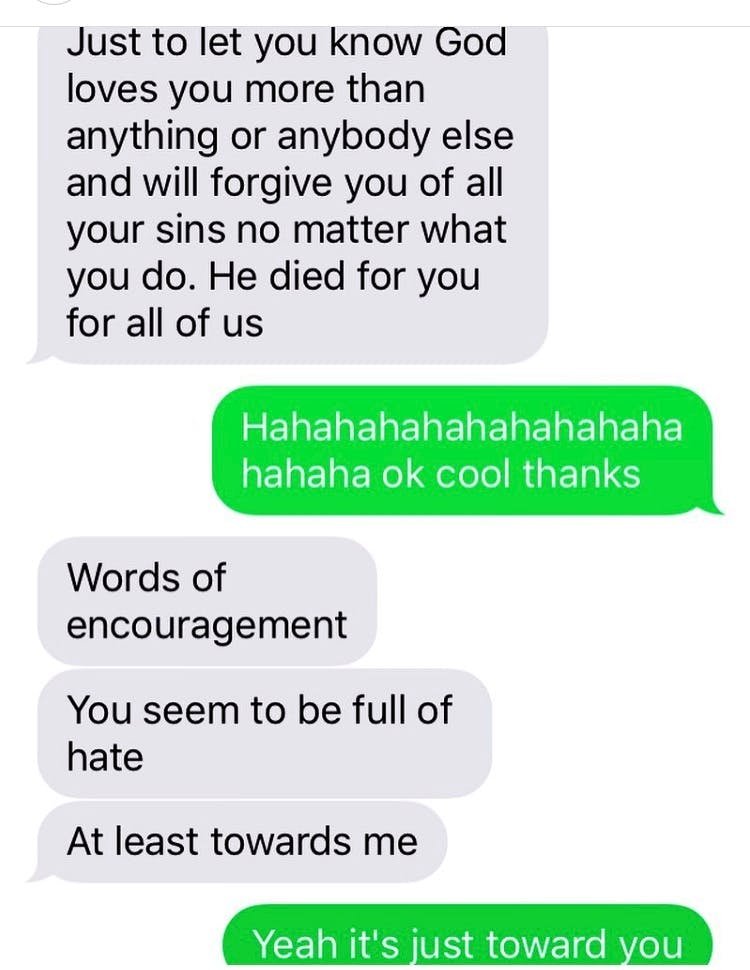 I mean, I would probably have the same response to that opening speech with about the same number of "ha's."

But yes, let's hope that clarification gets that ex to stop worrying about this person's soul.

14. As a fellow glasses-wearer, I'm shocked and appalled but I don't know what their relationship was like. 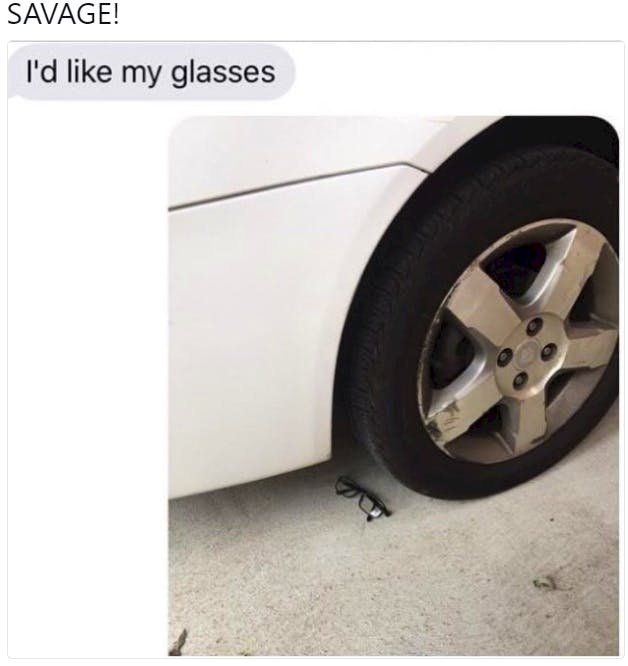 What I do know is that sometimes, you just have to move on and book an optometrist appointment.

That's not a piece of advice I give out very often.

15. Ooh, it's not often that we see someone get taken down so hard that they have to take four different L's like this. 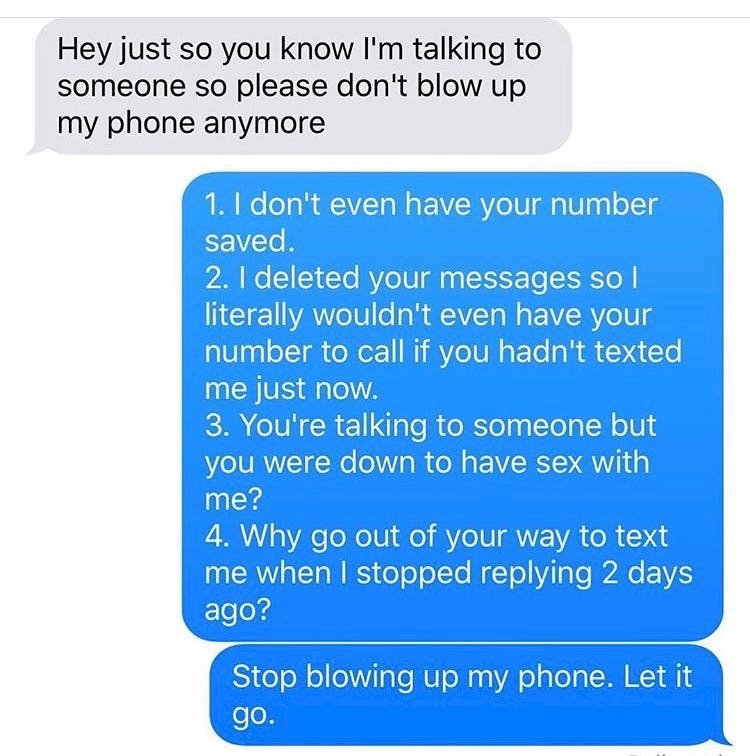 Sometimes the only winning move is not to play, homie. That's especially true when you're this bad at the game.

16. Well sorry to this ex who apparently still calls people, but they weren't in the shower after all. 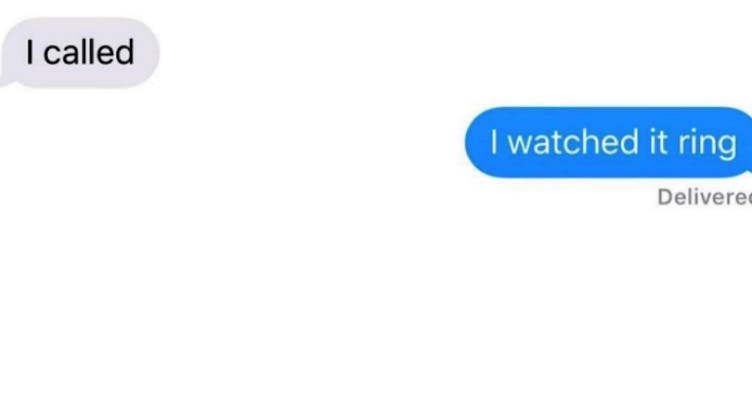 I can't argue with how this move sends a message, but I don't really like the risk of having to remember my voicemail passcode.