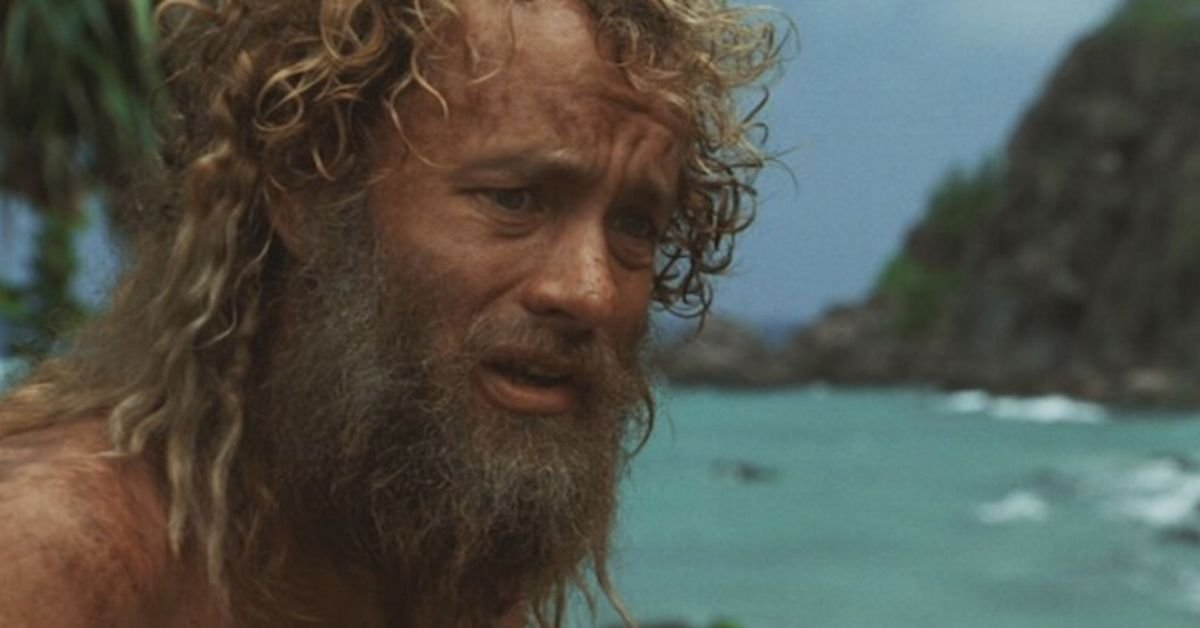 10+ 'Cast Away' Behind The Scenes Facts Fans Didn't Know

Cast Away is quite possibly one of the most iconic films of our time. Even people who haven't seen the movie can still recognize why screaming "Wilson" can be emotionally triggering for the rest of us, for the rest of our lives. It is the only film to ever make me feel a human-like attachment to a volleyball.

That being said, there's a lot more to the movie than just Wilson! Here are some BTS secrets that fans didn't know.

1. There was a version of the script where Wilson actually came to life. 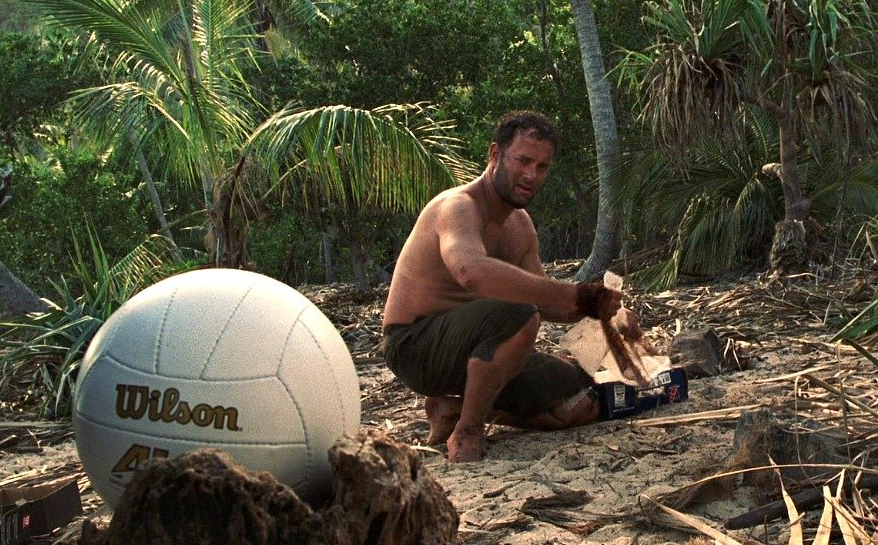 In the director and crew commentary of Cast Away, it was revealed that in one of the many versions of the script, Wilson came to life.

"We did 125 rewrites, so there were like millions of changes, hundreds of thousands of them. Which is the process that you go through when you make a movie. Nothing’s ever just written ever. Screenplays are just endlessly rewritten, and endlessly rewritten," Robert Zemeckis said.

2. It was created by the same group of people who made *Forrest Gump* — an equally iconic movie. 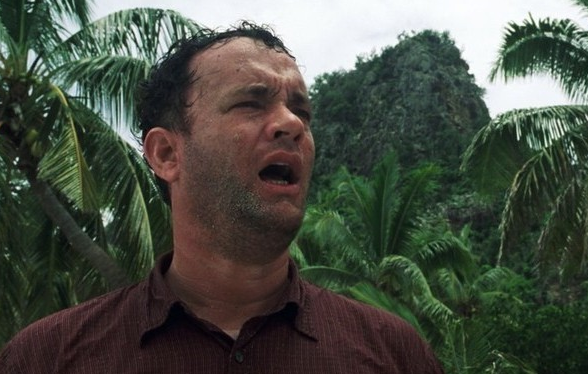 While Forrest Gump and Cast Away share the same leading actor, you might be surprised to know that they also share most of the same team, starting with the director, Robert Zemeckis.

3. One of the writers went to a survival camp to prepare for the film. 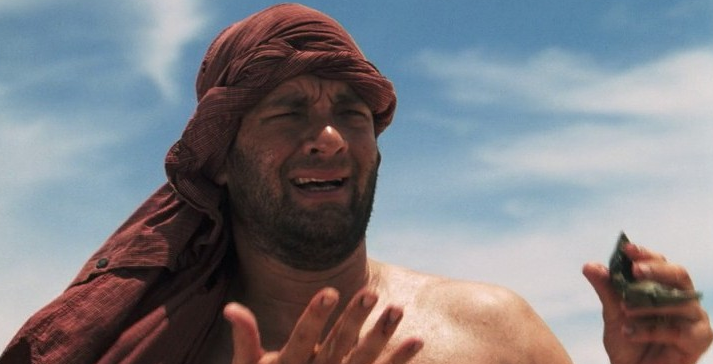 While preparing to write the film, William Broyles went away to a survival camp so that he could gain some firsthand knowledge on starting a fire, hunting and eating fish, destilling ocean water, harvesting coconuts, etc.

4. There is a reason that the movie didn't have a soundtrack or musical score of any kind. 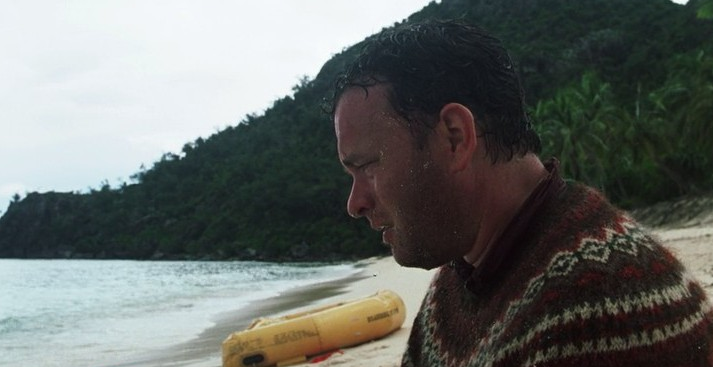 In case you didn't notice, there is no ominous or peppy, upbeat music to set the tone from scene to scene like there is in most movies.

But there was a very specific reason behind why they chose to keep the film score-free.

"I always knew, once I started shooting the movie, that there was gonna be no music. I did my due diligence, and tried temp music, and I had long conversations with [Alan] Silvestri, my composer, and it just didn’t work," Robert Zemeckis said in the DVD commentary. 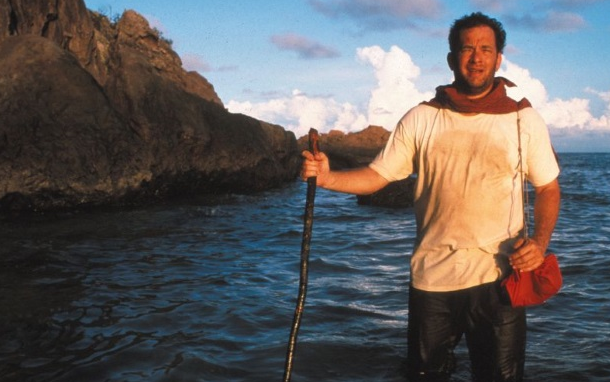 "Because music is tricky, in that it leads the audience to what they’re supposed to be feeling."

5. William Broyles came up with the idea to incorporate a volleyball into the movie. 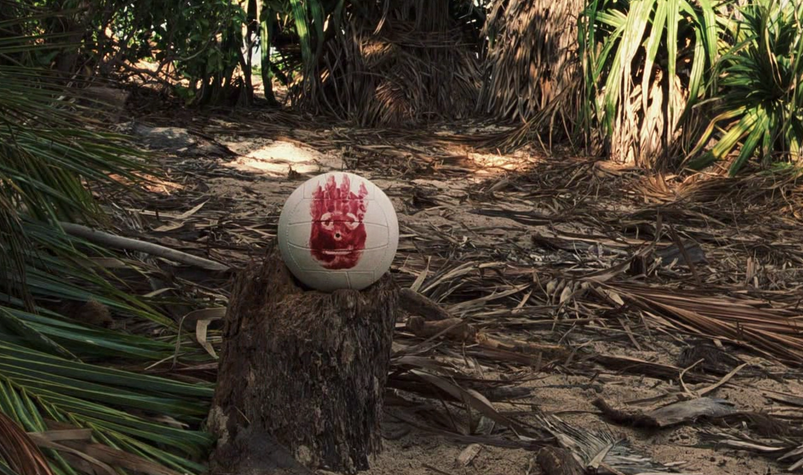 ”It was just a few days, but I got really lonely. And then one morning this Wilson volleyball washed up on the beach," he went on. 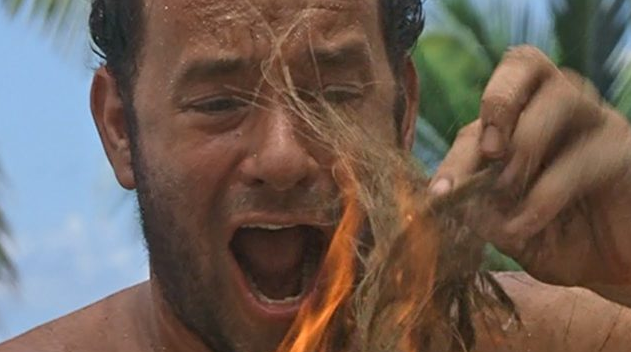 "And I looked at it, and put some seashells on it, and I started talking to it…I totally went Kurtz." 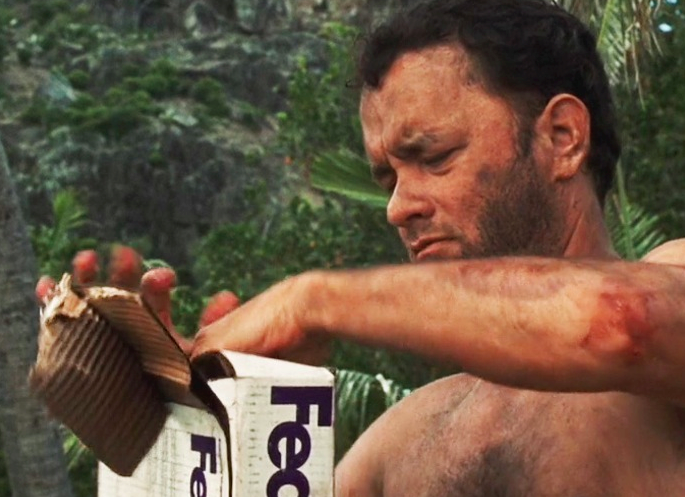 Not only has Tom Hanks battled COVID-19 in his life, he has also faced a deadly staph infection in his leg while filming Cast Away that nearly took his life.

Fortunately, in the nick of time, he was able to recover and resume filming.

7. *Cast Away* was the inspiration for the show "Lost". 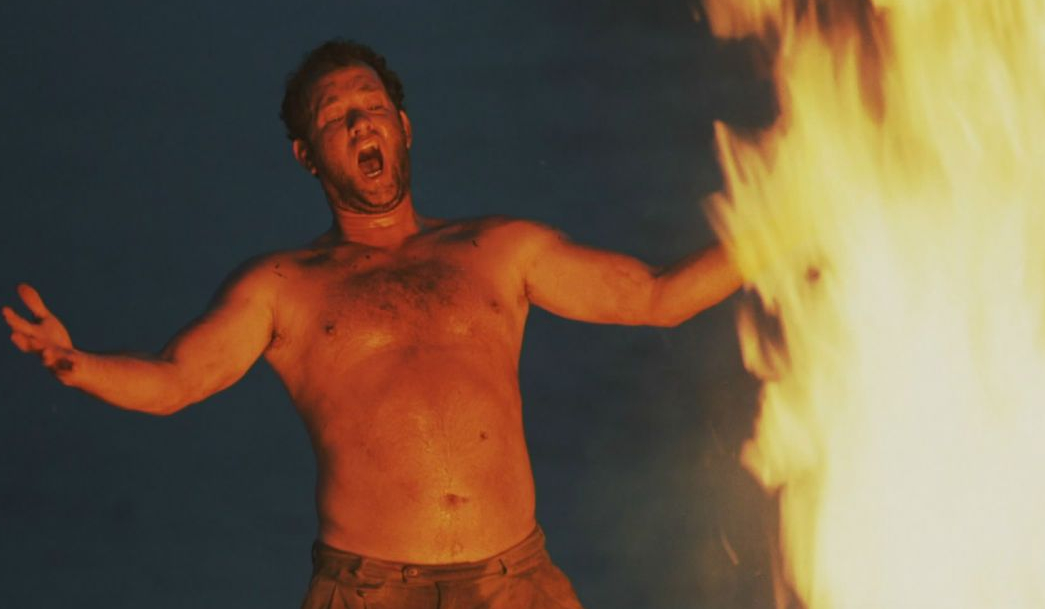 Cast Away was the fuel behind the iconic TV series, Lost. According to Chicago, the creators of the show were originally going to make a spin-off of Cast Away and turn it into a series, but it never came to fruition.

From there, they made a few tweaks and came up with Lost.

8. Tom Hanks went a year without filming so that he could lose weight. Naturally, if you were stranded on a desert island for as long as Chuck Noland was, you would lose a ton of weight. But that type of thing doesn't happen overnight.

So, Tom had to take a year-long break from filming so that he could drop 50 pounds.

"The only way I could then really make it become fiscally sound was to do another movie in between, so that I could just roll the production company onto another movie," Tom said in the film's DVD commentary. 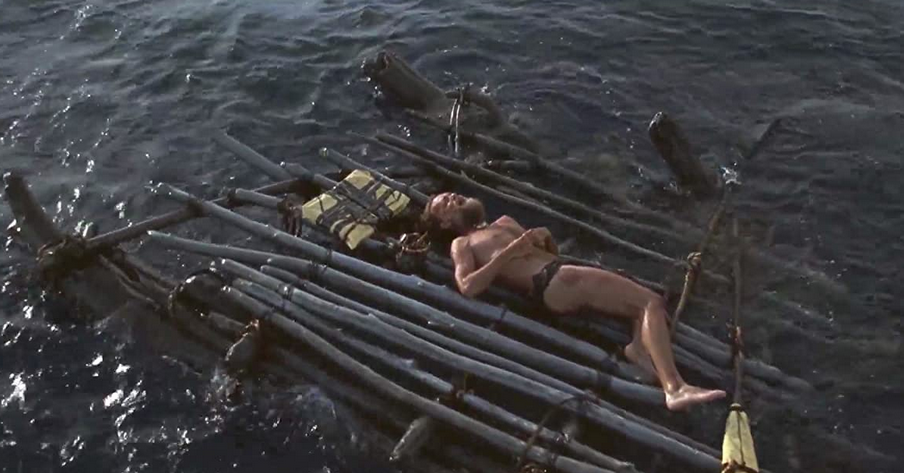 "So that we didn’t have to pay people for sitting around for a year."

9. The copy machine in the very first scene was carefully selected by the casting director. 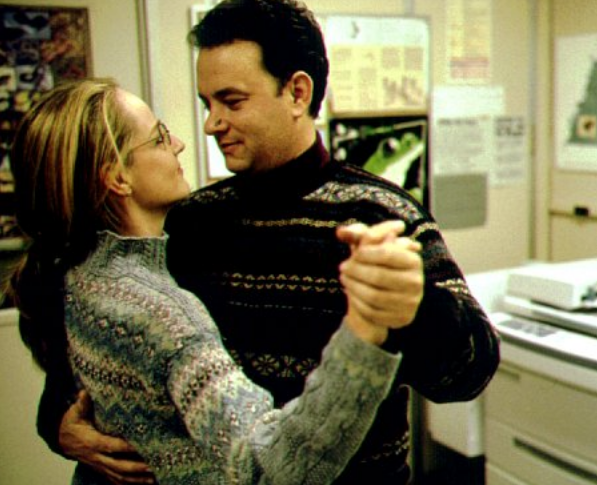 "Bob cast that copy machine for sound. He auditioned lots of copying machines, and he wanted a copy machine that would have a kind of musical rhythm to it," Robert Zemeckis revealed in the DVD commentary.

"In post-production in fact, we tried to augment the sound of that copy machine," he added. 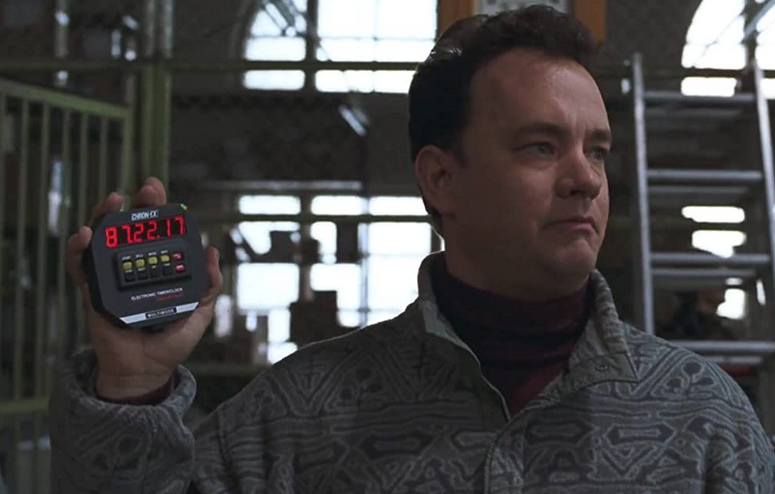 "Bob was nice enough to listen to our attempts, but he said, ‘Nope, I like the original one that I cast', and so that’s the one we used.'"

10. It was originally supposed to be a comedy. 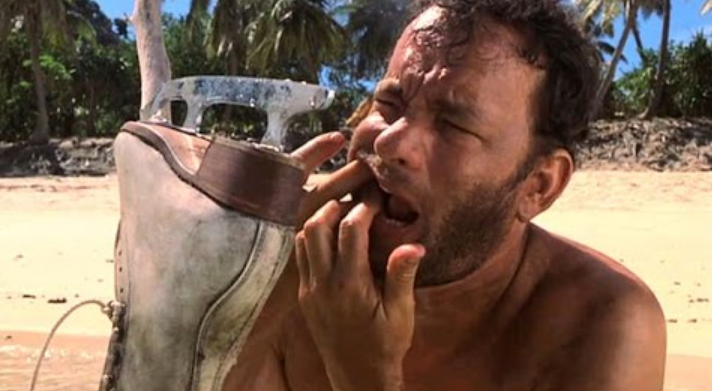 It's hard to imagine that Cast Away — a film that was so emotionally traumatizing and made us sob over a volleyball — was almost a comedy.

But it's true! When Tom Hanks and William Broyles Jr originally began working on the script, the envisioned it to be satirical.

11. The film was inspired by an article about Fed-Ex. 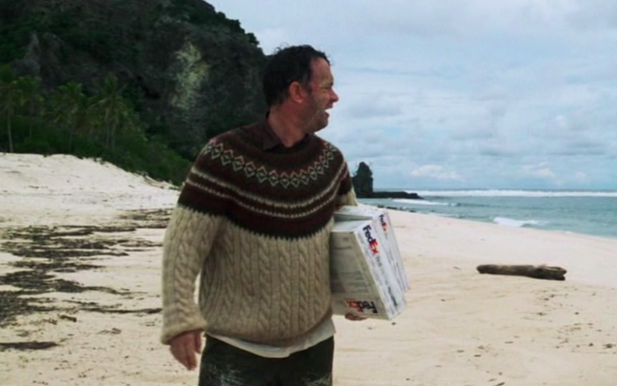 "I was reading an article about FedEx, and I realized that 747s filled with packages fly across the Pacific three times a day. And I just thought, 'What happens if that goes down?,'" Tom Hanks revealed to THR.