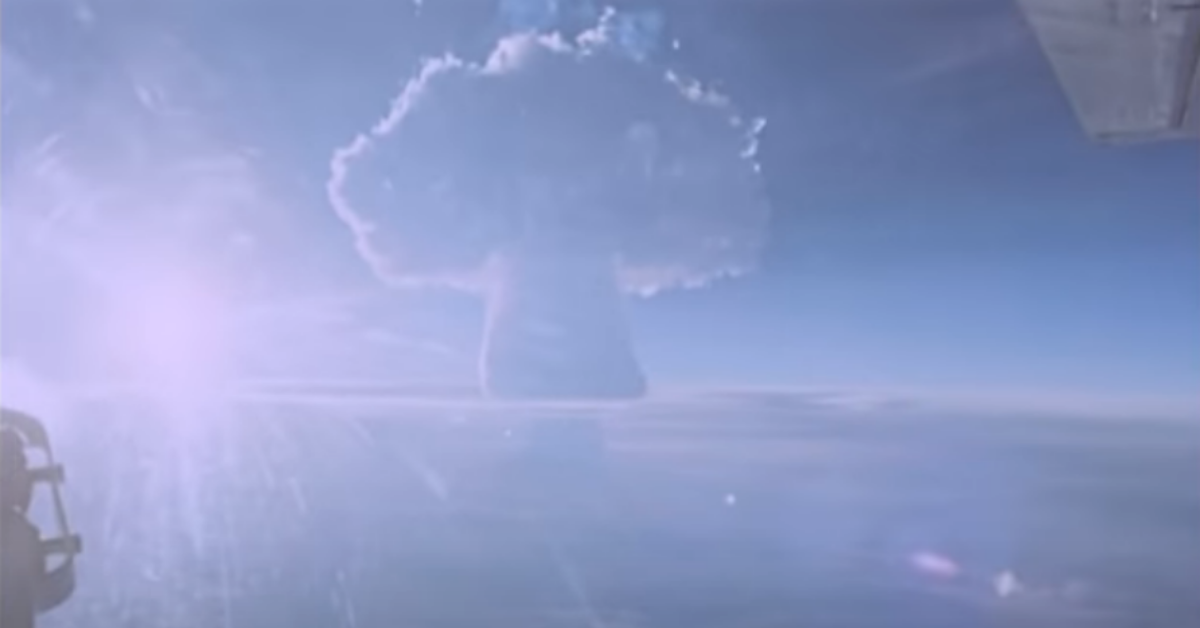 In the long history of humans blowing things up, there has never been a larger explosion than the one unleashed by the Soviet Union's test of the Tsar Bomba, the largest nuclear device ever detonated. It's been nearly 60 years since humanity reached the apex of its destructive power and even now, we don't know everything about the blast.

However, new footage release by Russia is shedding some new light on the terrifying test blast.

Just the numbers behind the Tsar Bomba blast are staggering. 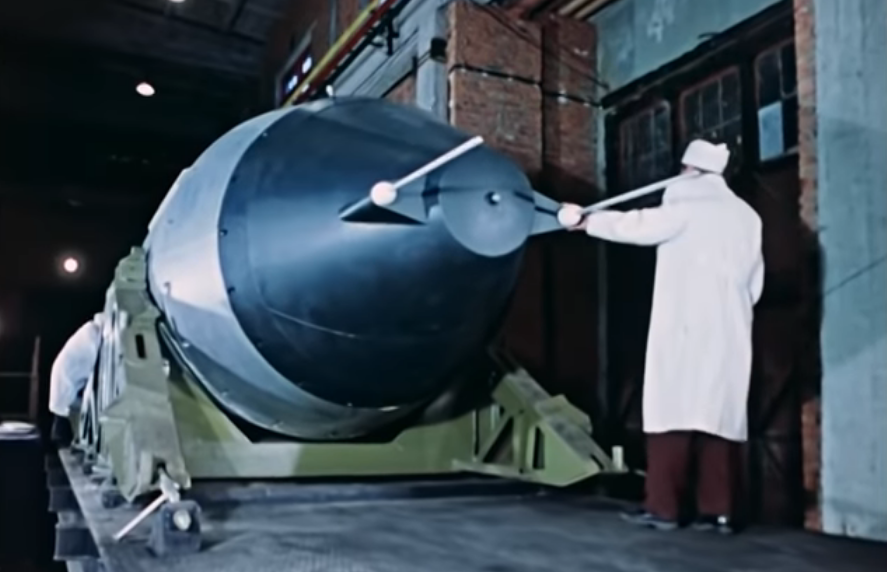 The thermonuclear device actually had several nicknames, including Big Ivan, Project 7000, JOE 111, or Kuzka's mother (after a Russian expression concerning learning lessons in a brutal fashion), but Tsar Bomba, or "King of Bombs" is the one that stuck for good reason.

Tsar Bomba's 57 megaton force was the equivalent of 57 million tons of conventional TNT, which is more than 10 times the munitions expended in all of WWII. Tsar Bomba's blast was about 1,500 times more powerful than the atom bombs dropped on Hiroshima and Nagasaki combined, according to the BBC.

Such a massive explosive device was generally considered impractical. 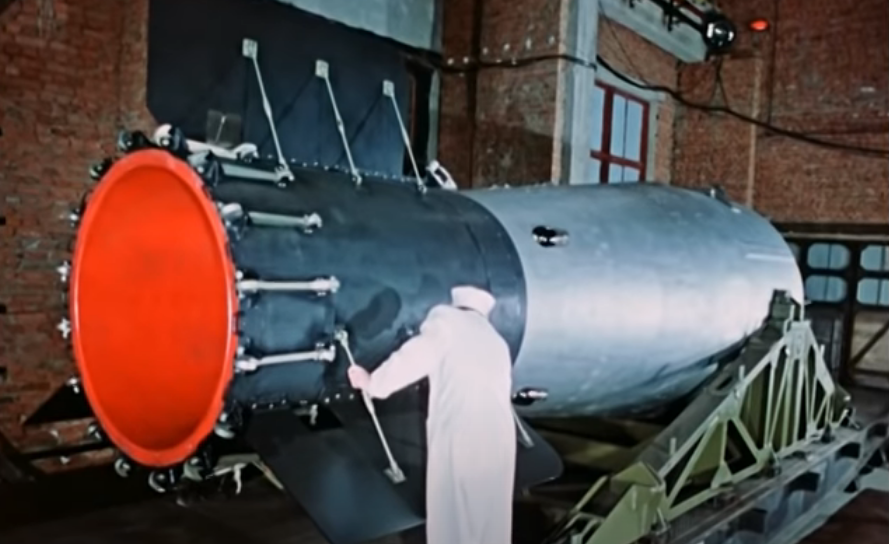 Even testing it proved ridiculously unsafe. The Soviets sent up two planes for the October 30, 1961 test, one to drop the bomb and one to film it, but whether either would actually survive the mission was questionable.

A parachute attached to the 27-ton bomb slowed its descent after being dropped in order to give the plane time to escape. They managed to get 45 km away before the Tsar Bomba detonated but the plane still dropped more than 3,300 feet when the blast wave hit.

It's still unknown how many Soviet citizens perished in the test. 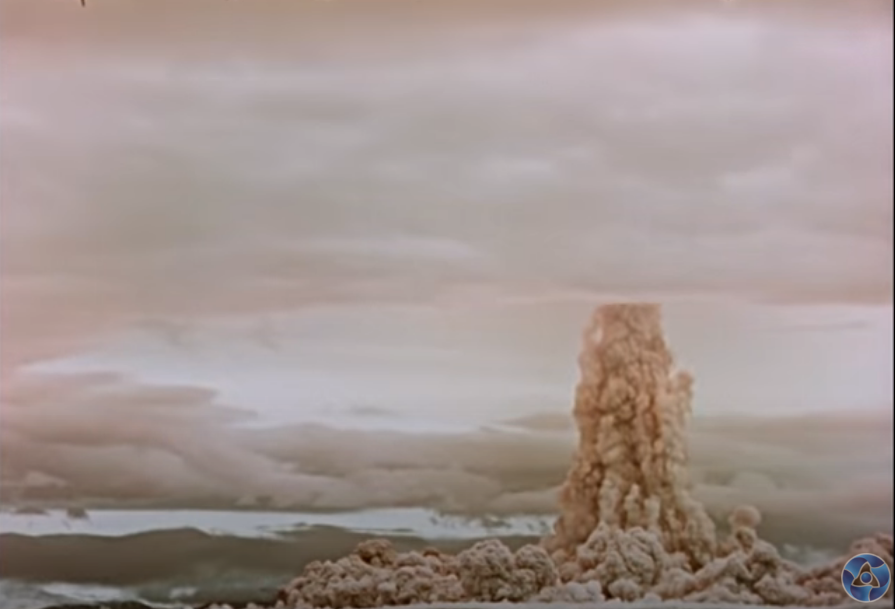 Tsar Bomba was dropped just 54 km (34 miles) from the inhabited town of Severny on the Novaya Zemlya archipelago in northern Russia. The blast flattened every building within 55 km. People 100 km away from were found to have suffered third-degree burns.

Windows cracked as far away as Finland. Sensors detected the blast wave circling the globe three times. The mushroom cloud from the blast rose more than 60 km into the atmosphere, seven times the height of Mount Everest.

The spectacle was the sort of thing those observing it would never forget. 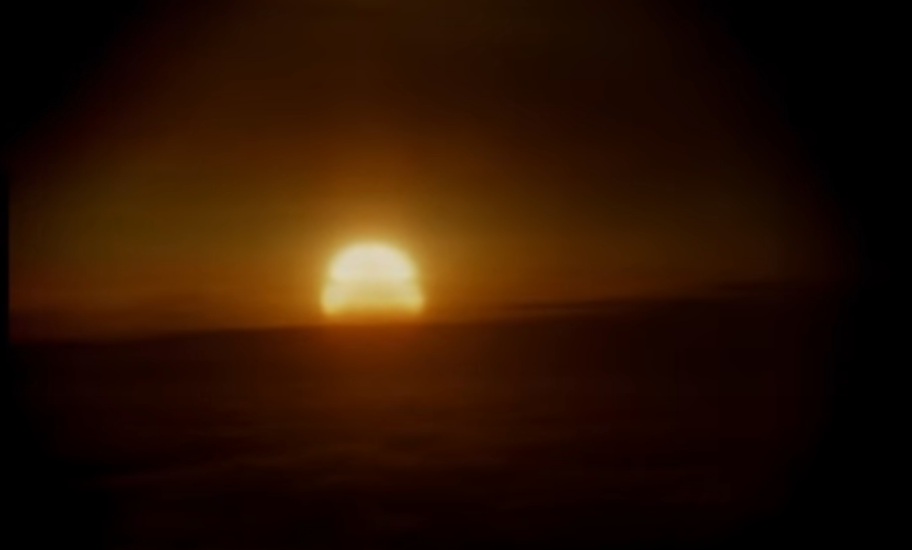 As one of the Soviet cameramen described it:

"The clouds beneath the aircraft and in the distance were lit up by the powerful flash. The sea of light spread under the hatch and even clouds began to glow and became transparent. At that moment, our aircraft emerged from between two cloud layers and down below in the gap a huge bright orange ball was emerging. The ball was powerful and arrogant like Jupiter. Slowly and silently it crept upwards... Having broken through the thick layer of clouds it kept growing. It seemed to suck the whole Earth into it. The spectacle was fantastic, unreal, supernatural."

One good thing did come out of the Tsar Bomba blast, however.

Widespread condemnation from the global community led to the U.S. and USSR signing the Partial Nuclear Test Ban Treaty just two years later in 1963, in which the two nuclear superpowers agreed to stop testing nuclear weapons anywhere but underground.

Now, almost 60 years later, weapons like Tsar Bomba still exist but they thankfully haven't been detonated like it was. And so it's worth looking back at this terrifying test through footage previously kept under wraps by Soviet and Russian authorities.

Check out the fascinating 40-minute inside-look at the Tsar Bomba attached.