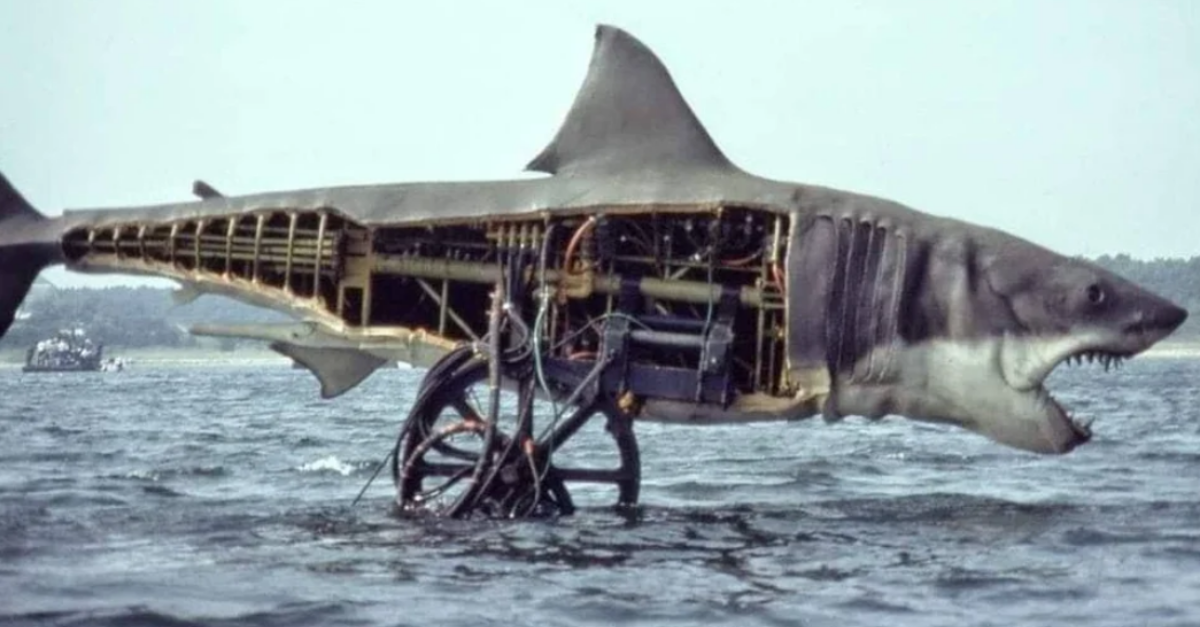 15+ Pics That Showed Us Something We Rarely See

I'm not sure when the last time I've said, "Now, I've seen everything" to myself was but it was probably followed by somebody asking me if I've seen whatever outlandish thing comes to their mind.

For instance, if somebody told me they've seen everything, I'd ask if they've seen a guy dressed as Spider-Man climb a building.

But in case you haven't guessed by this point, the reason why I have to struggle to remember claiming to see everything is that I've long since realized that we never really run out of new sights in this world.

After all, I'd find it a little hard to believe if you told me you've seen literally everything on this list.

After this iguana underwent eye surgery, the only way to hold the job together was with duct tape. 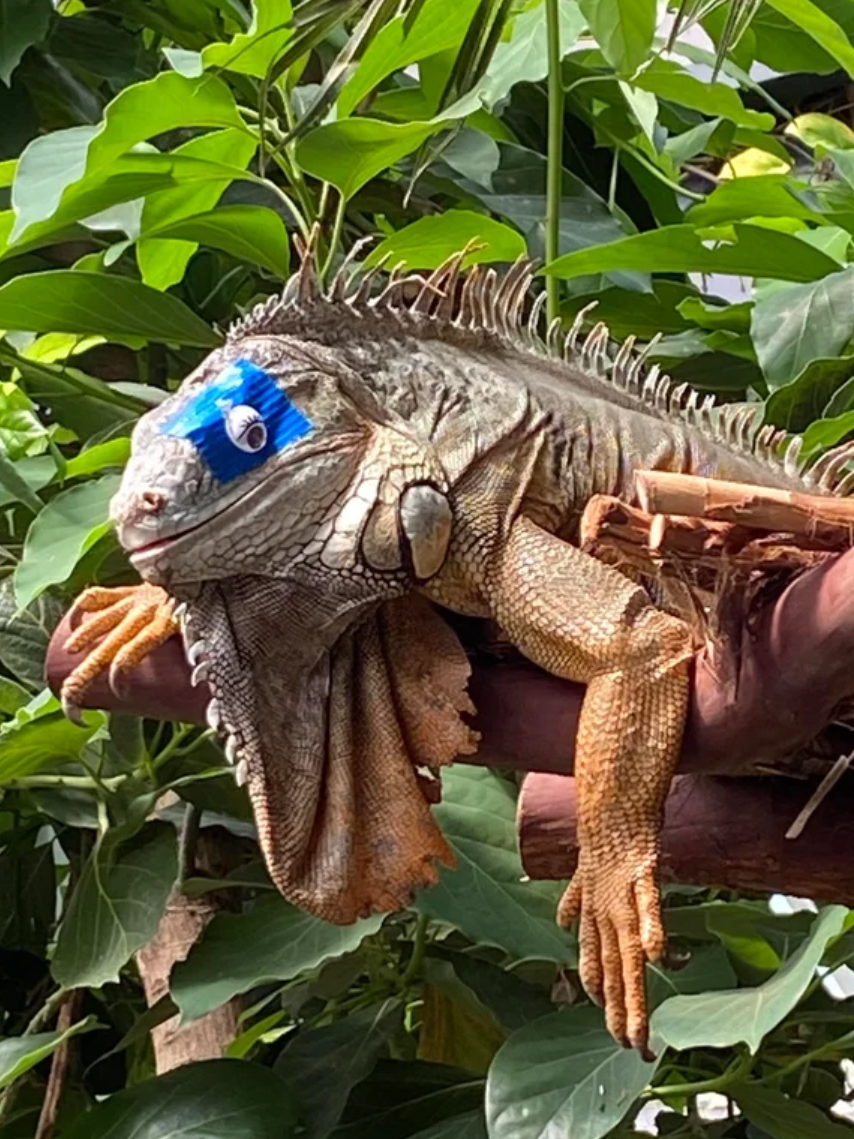 As the uploader wrote, this is because he lives in a humid climate so medical tape wouldn't stick on as well as duct tape does.

But since he's under the care of professional keepers, the tape gets changed often. The googly eye is optional.

When it suddenly freezes, a spider's web can end up looking a lot like a lace doily. 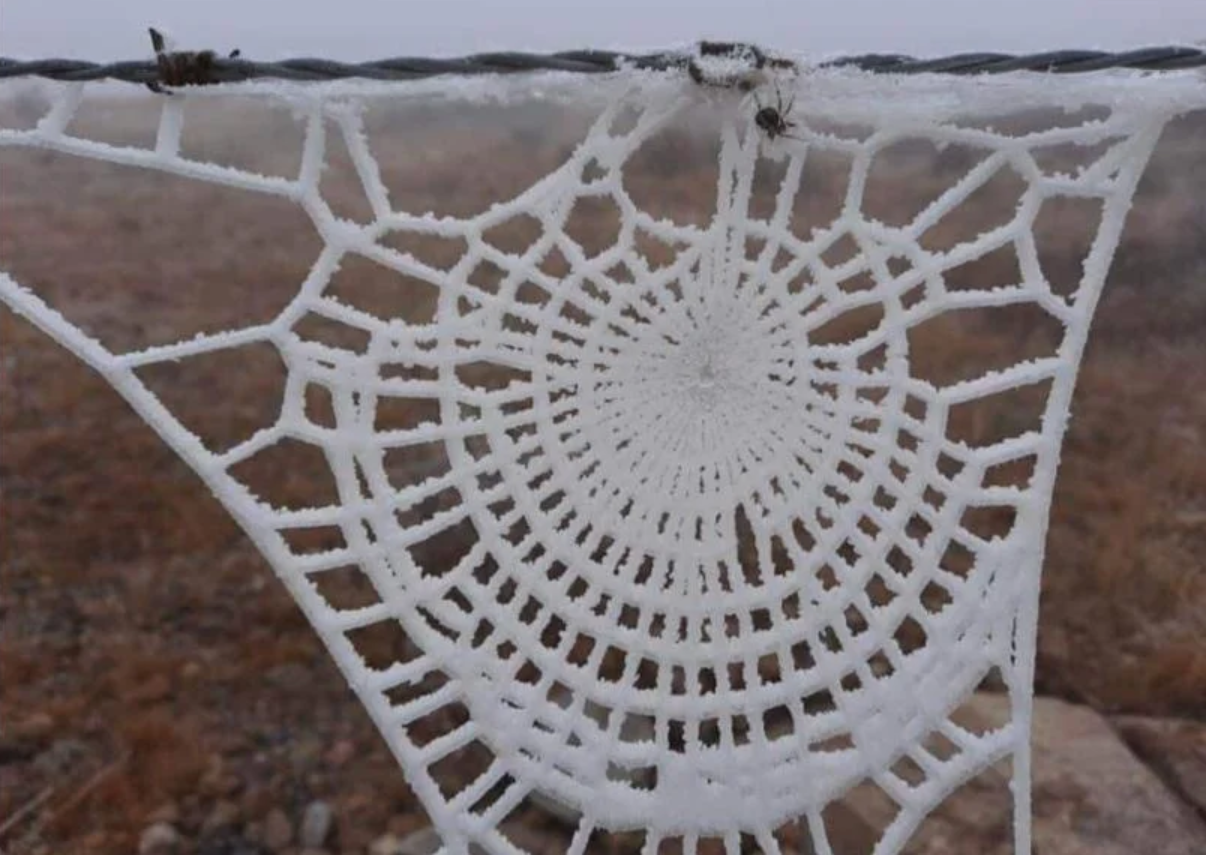 And since the spider apparently wasn't able to get away from its creation before this happened, I think we can assume this was the result of a pretty rapid cold snap.

We might often catch a glimpse of whatever's going on in our neighbors' apartments, but how often are they projected on our walls. Not only is this a perfect example of a naturally occurring camera obscura, but it likely gives us a sense of how Aristotle and other scholars in the ancient Middle East and China came to witness the phenomenon in the first place.

Even though it's not exactly unheard of for lone plants to grow out of harsh concrete, we don't usually see how they got there. 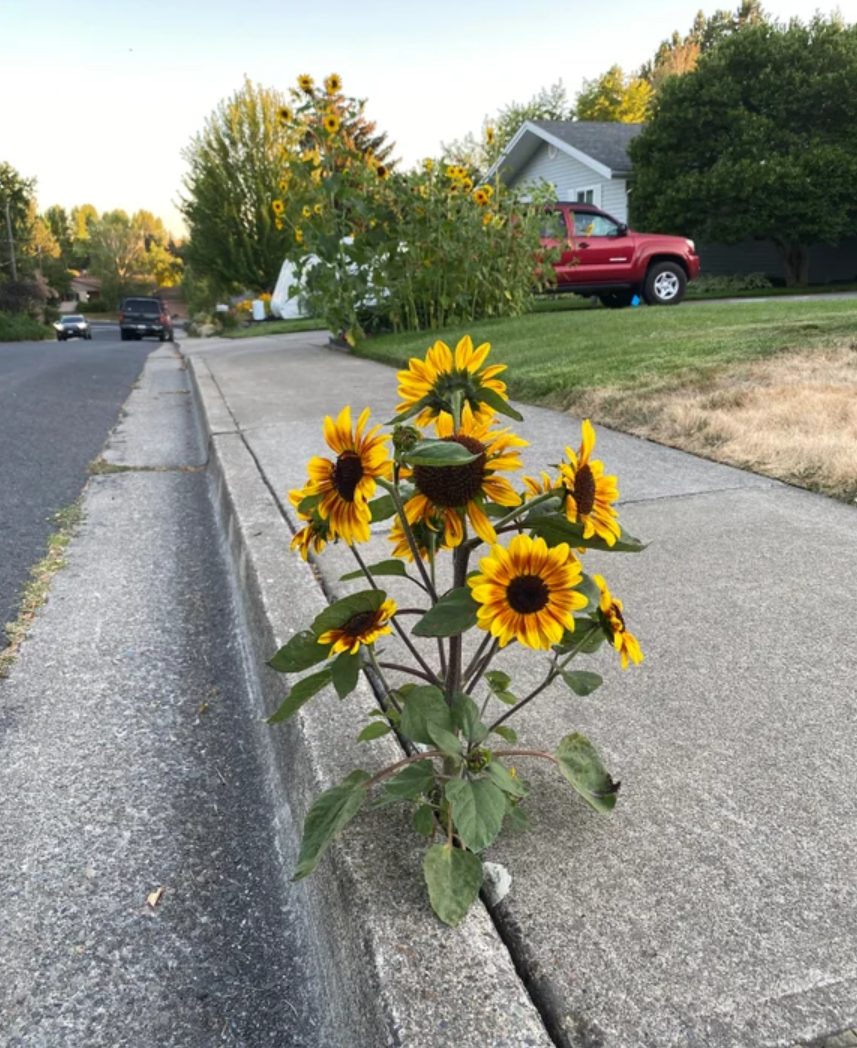 It's a testament to nature's ability to survive that this sunflower punched through this suburban sidewalk.

However, it's also pretty clear that it wouldn't have been possible without that bed of them in the background.

Even if we saw this exact block of acrylic lying around, there's no guarantee that we would see the photo hidden inside of it. 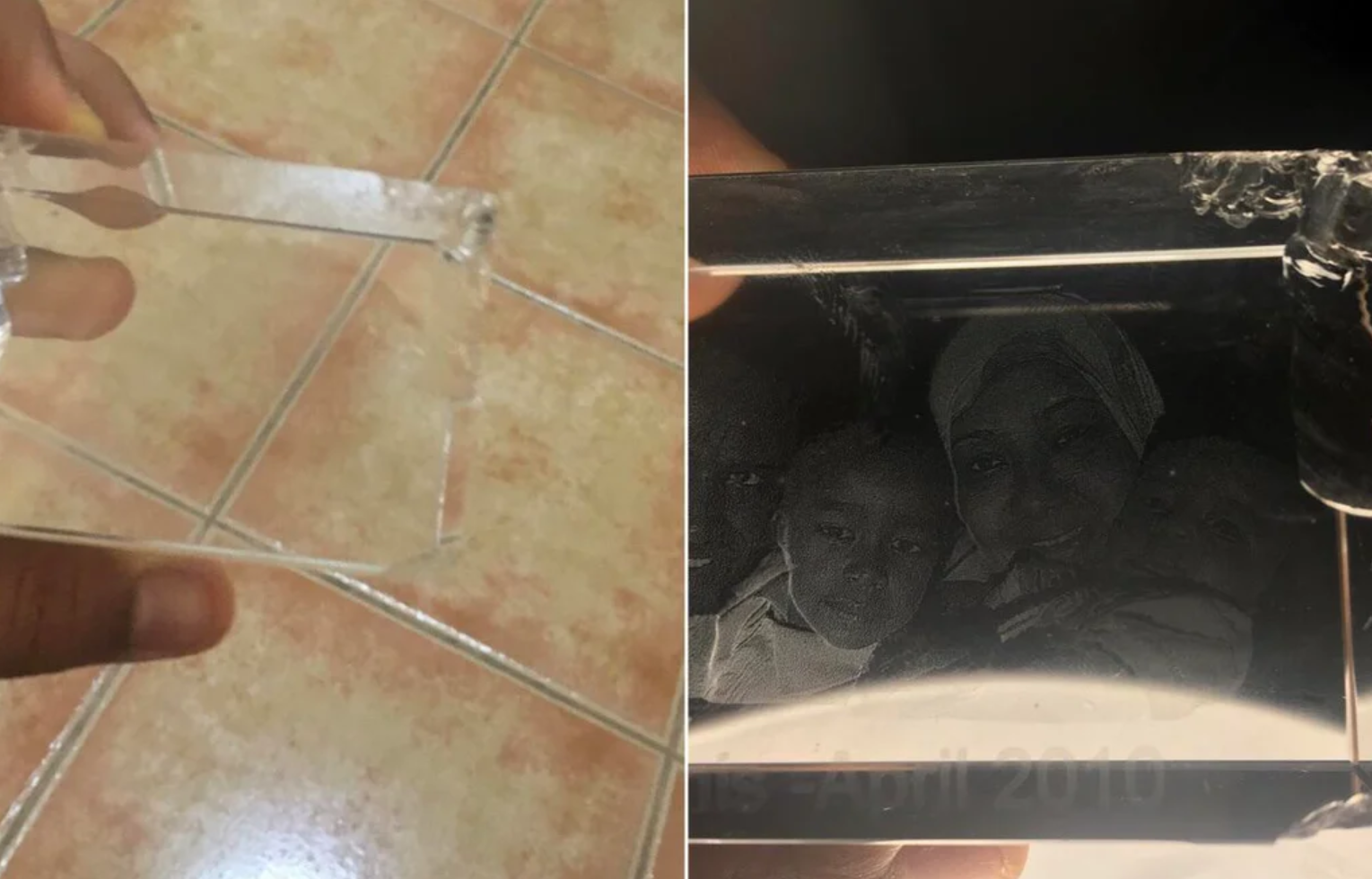 But as we can see from the photo on the right, this family had a picture of themselves laser engraved into the block to give it three dimensions.

And that's only visible when a light shines directly onto it.

While this design practice is apparently fairly common in some Scandinavian nations, it's definitely news to many of us. 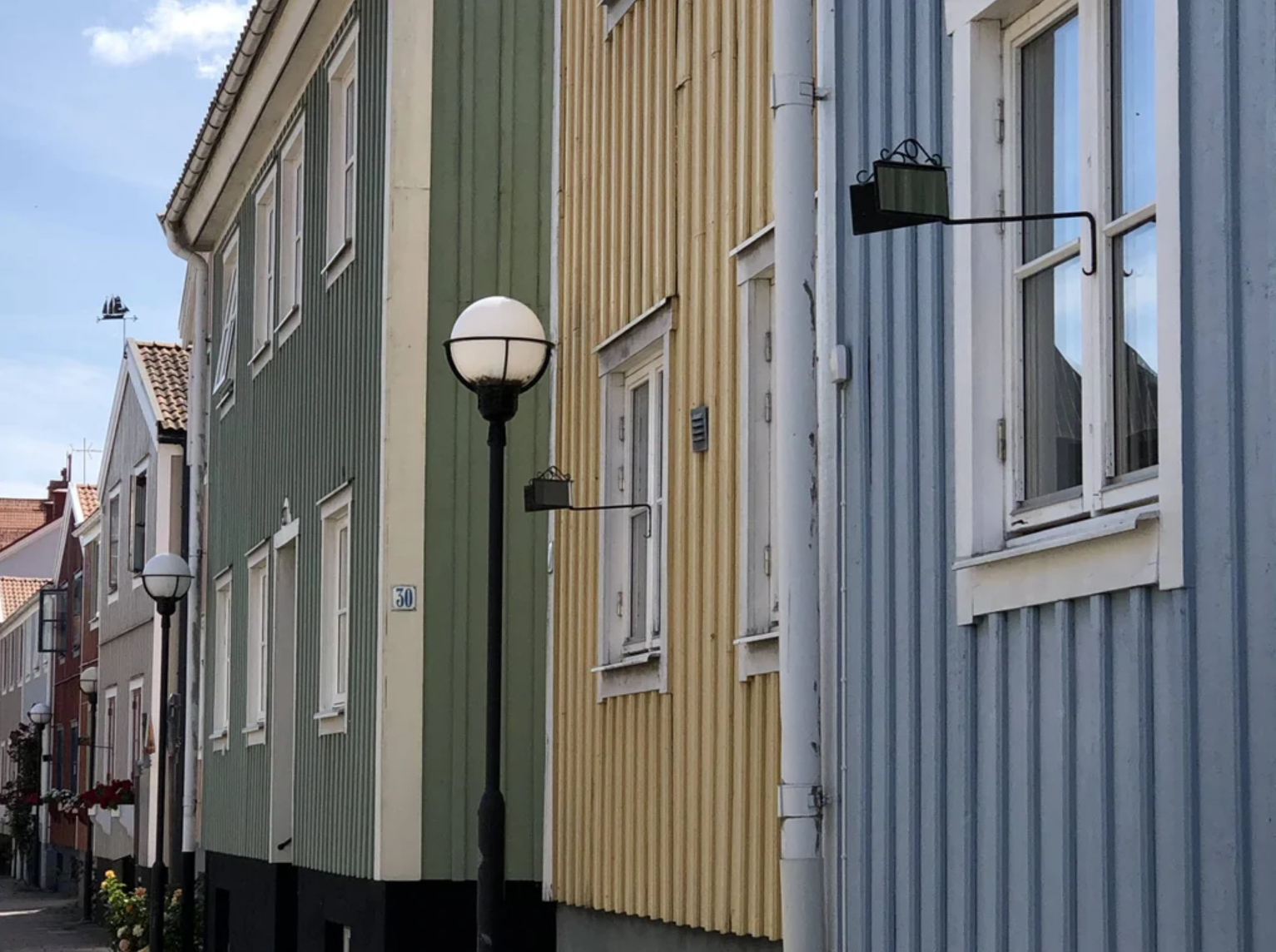 Those units bolted onto the windows are known as "tattletale mirrors" in Sweden and "rumor mirrors" in Finland.

Apparently, the names come from the fact that people in these houses can use them to look at who's walking down the street without showing themselves. And then they presumably gossip about them.

Apparently, it's very uncommon for a dragon fruit to grow directly from a cactus branch like this.

And much like the hardy desert plants themselves, these fruit are supposedly uncanny in how resilient they are.

Even cutting one up doesn't necessarily guarantee that you've stopped it from growing.

What we're seeing here is Olympic gold medallist Katie Ledecky swimming with a glass of chocolate milk on her head. 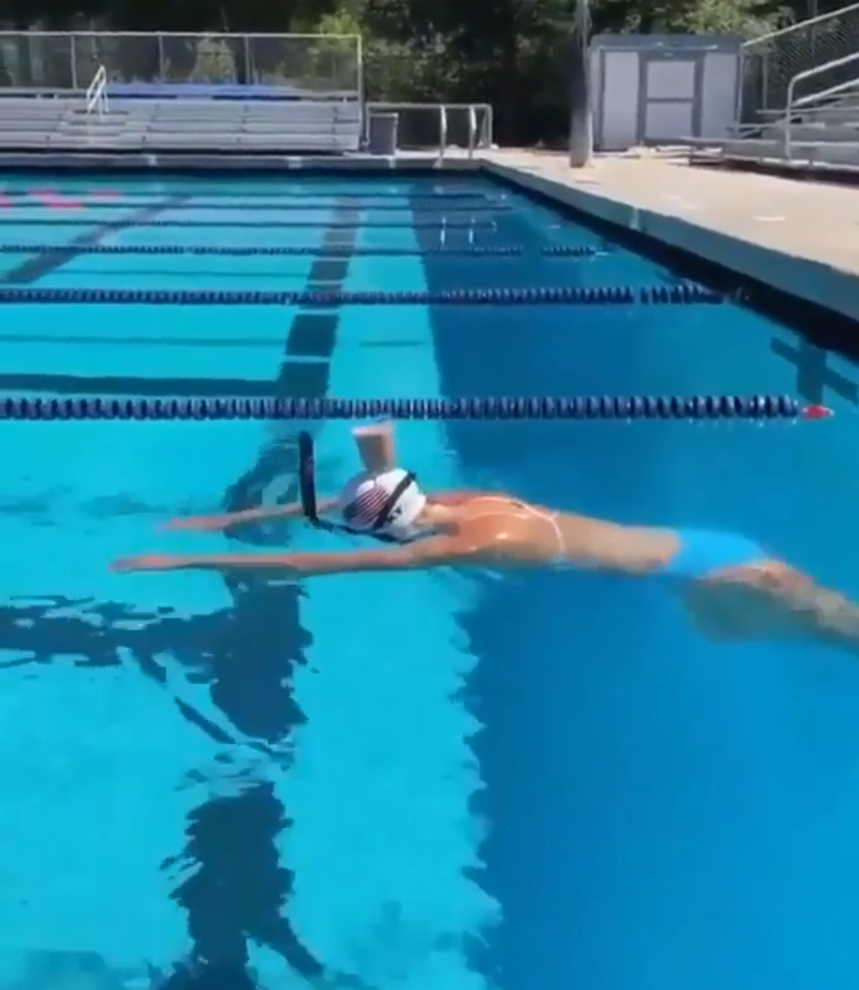 This is normally the time where I might be inclined to say "weird flex but OK" but I tend not to do that with feats that I know I couldn't accomplish in a million years.

If someone asked you to picture Siberia, there's a good chance that this isn't what you'd have in mind. 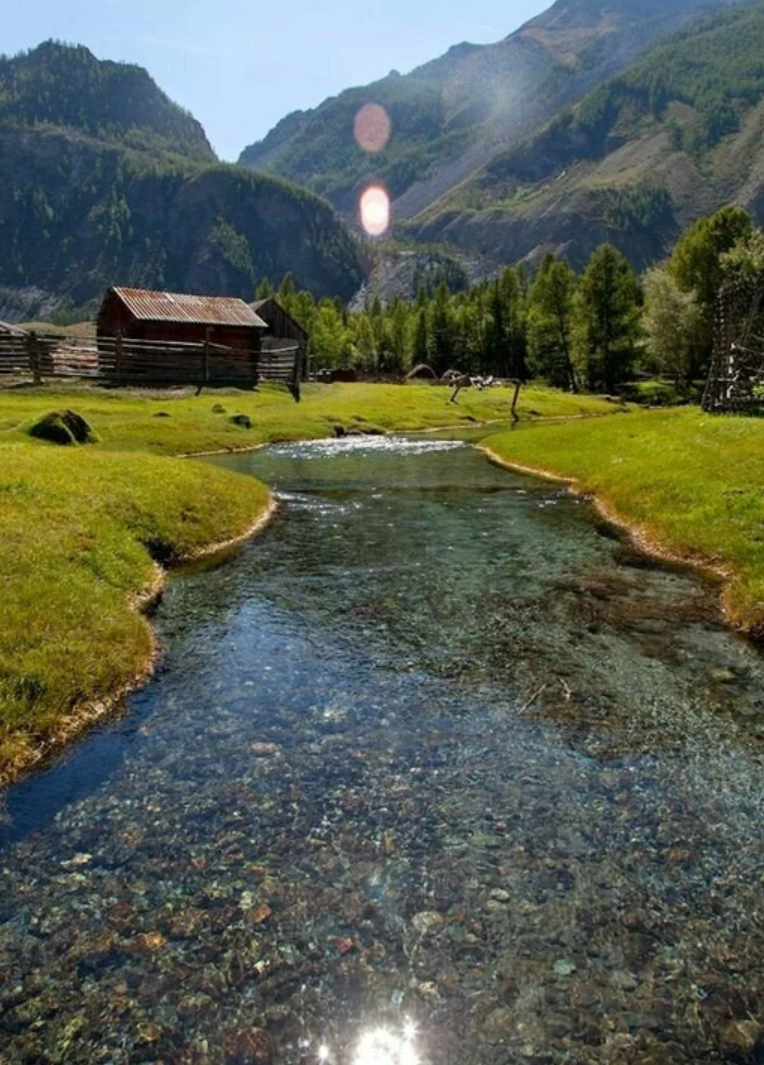 However, that's exactly where one finds this picturesque view with these beautiful mountains.

However, you should know that this area is apparently crawling with mosquitoes before you get too excited.

While this isn't quite the only albino humpback whale in the world as you might see claimed elsewhere, it's still an incredibly rare sight. 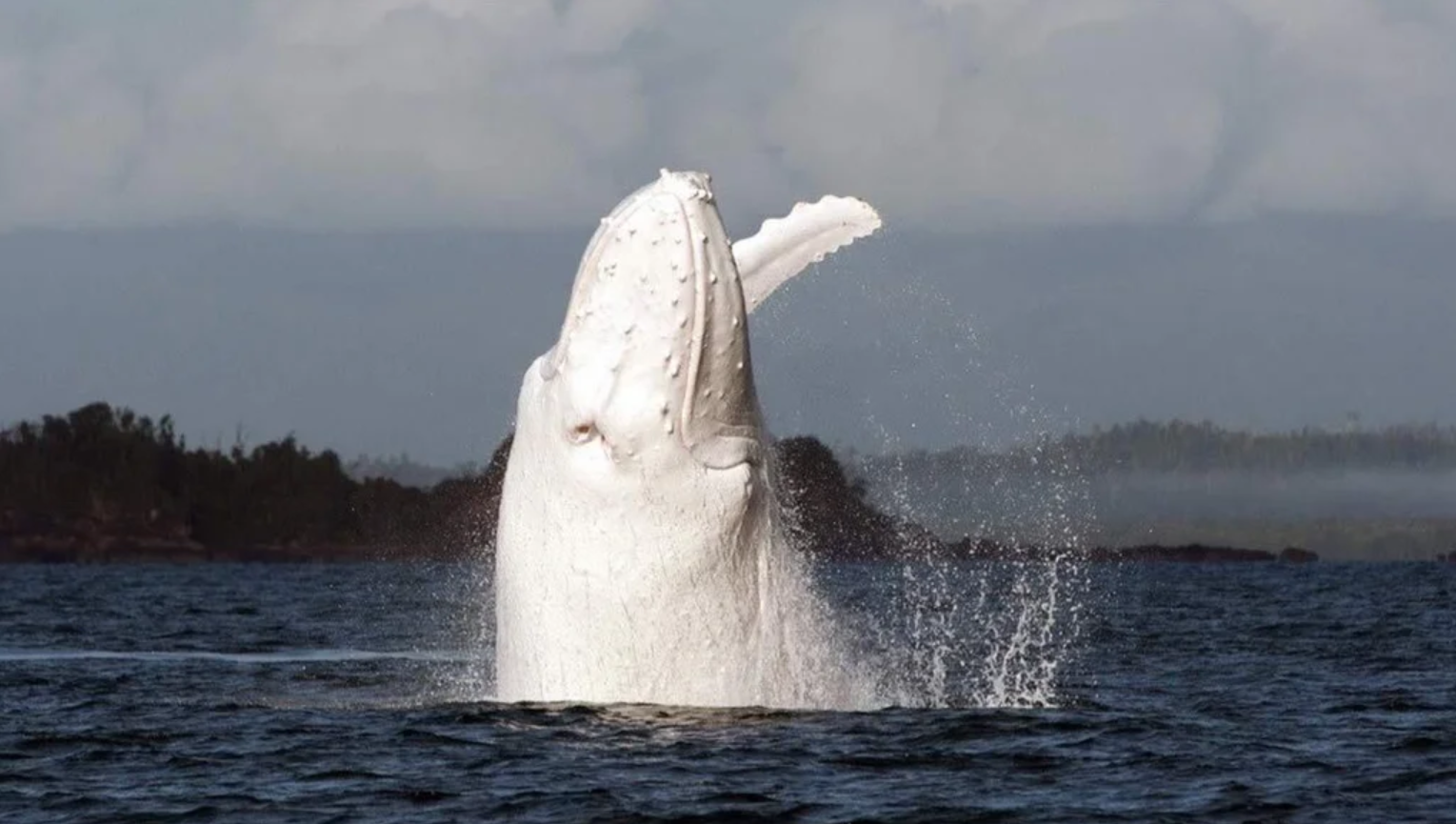 To be fair, one could likely claim that Migaloo here was the only such whale the world had ever seen 22 years ago when he was first discovered in Australia.

However, as Smithsonian Magazine reported, another albino humpback was discovered in Norway back in 2012 and the territory Migaloo is known to frequent even features two other albino specimens.

Migaloo is definitely the most outgoing, though.

When tropical storm Isaias passed through one neighborhood, it knocked over power lines that released a powerful enough electrical discharge to vulcanize the minerals in the sidewalk. 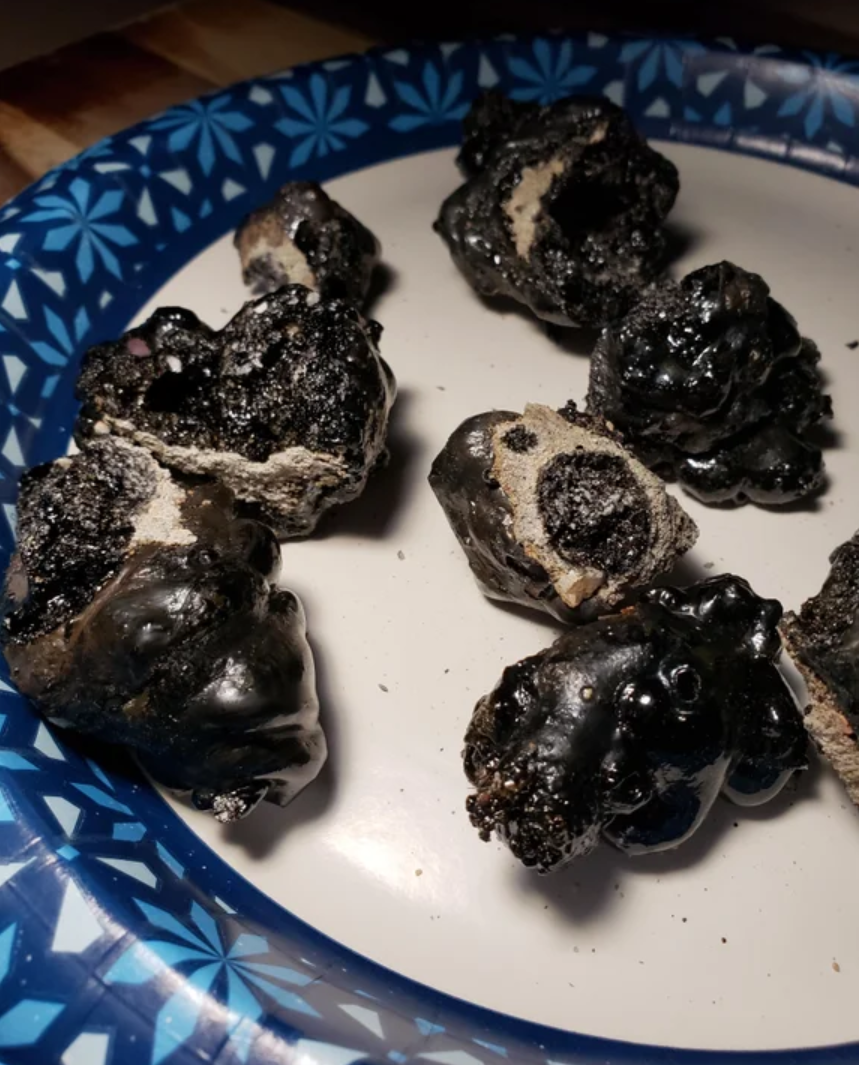 This resulted in the formation of these apparently glass-like stones that can be seen littered throughout the road in the uploader's other photos.

There is apparently such a thing as a hammock bathtub and it's supposed to be stronger than it looks. 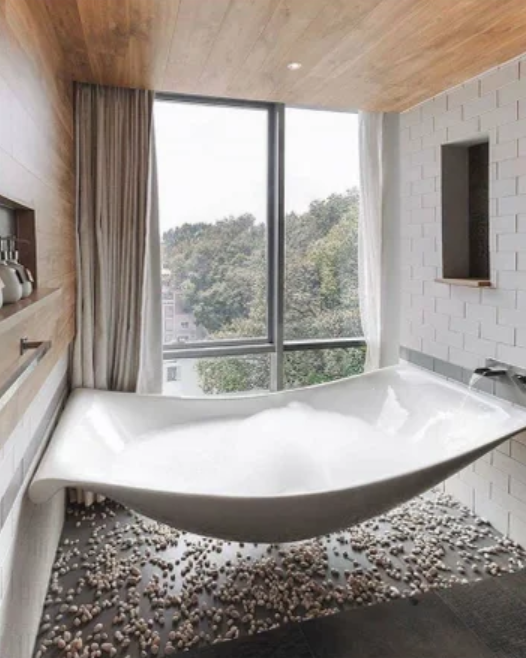 According to its manufacturer Splinter Works, that's because it's made from carbon fibre rather than porcelain.

It also costs tens of thousands of dollars so it's definitely not an impulse buy.

While it goes without saying that people lose stuff all the time, it feels weirdly appropriate and unusual to actually see DVDs of the show *Lost* end up lost. However, I seriously doubt its adventures will turn out to be as mysterious as what the people on that show went through.

By a similar token, there are definitely no shortage of photos of people enjoying their time at the bar on the internet. 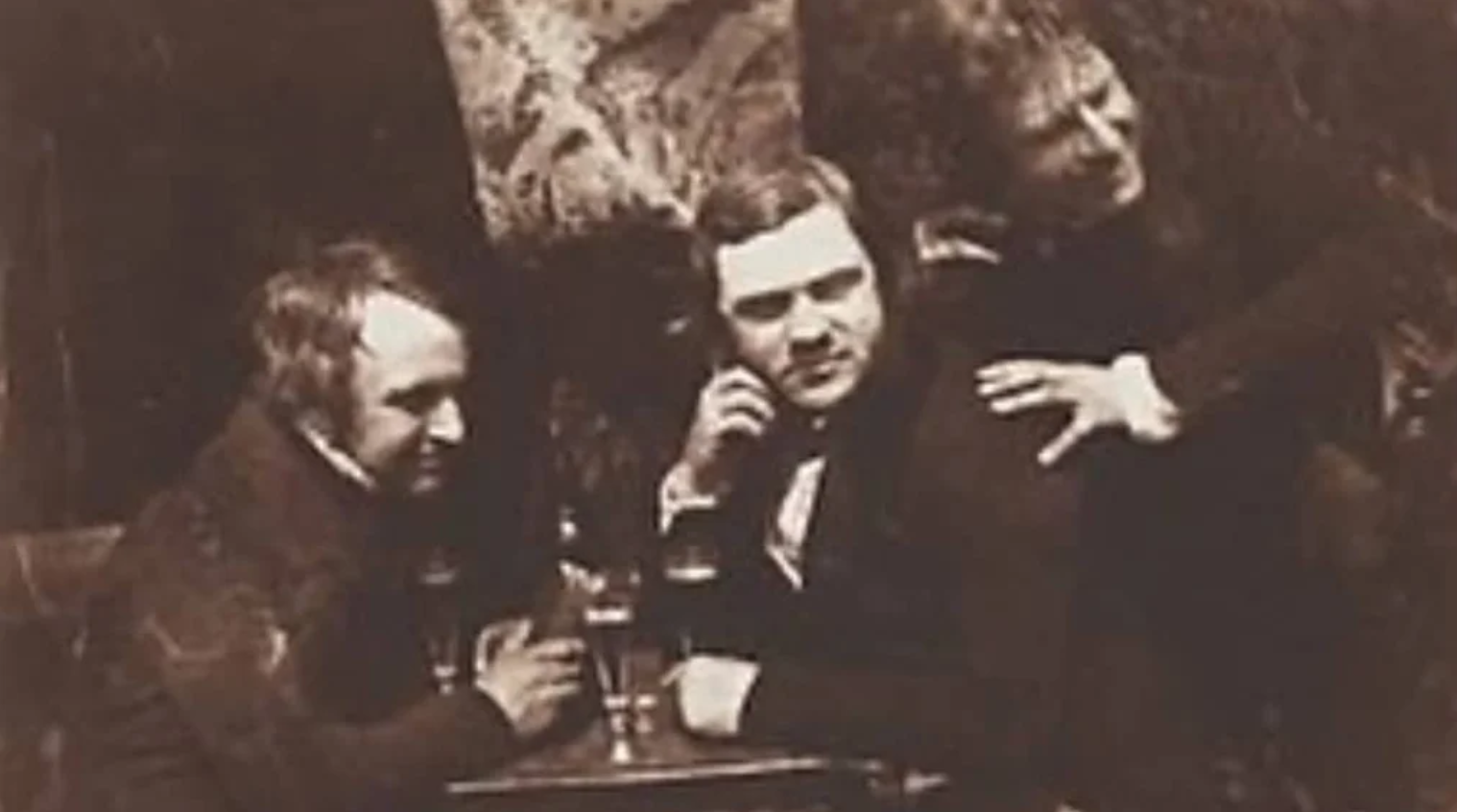 But as far as we know for now, there weren't any photos of that kind of outing at all until someone took this one at a Scottish pub in 1844.

Big rainbows are a common sight after a tornado warning but they're not always this perfectly placed. 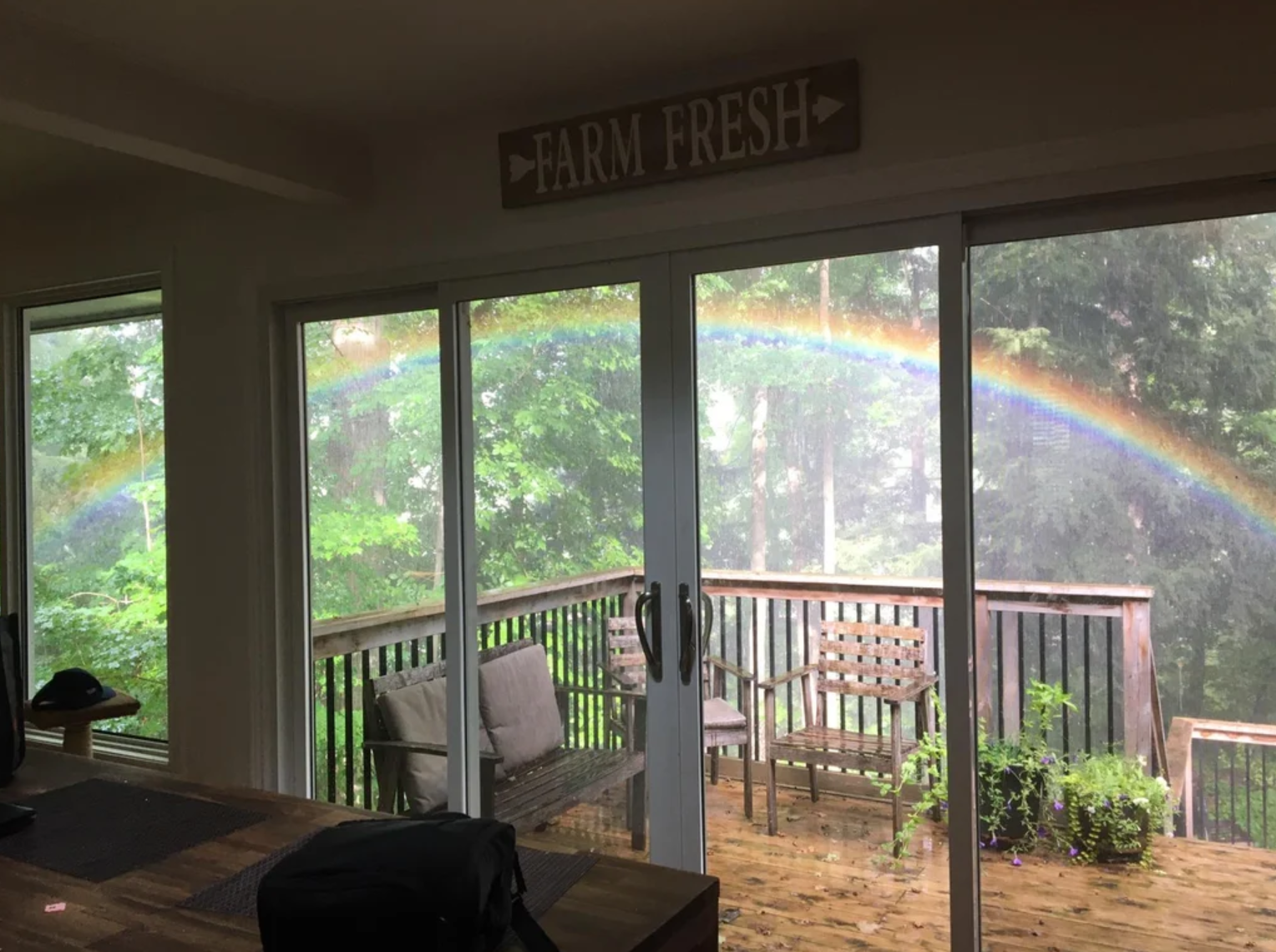 It would be a big relief to see that the storm didn't damage anything but you could definitely be forgiven for thinking a Leprechaun might be nearby if this is the sight you were greeted with.

What's particularly special about this Cyclops toy is that it lasted this long. 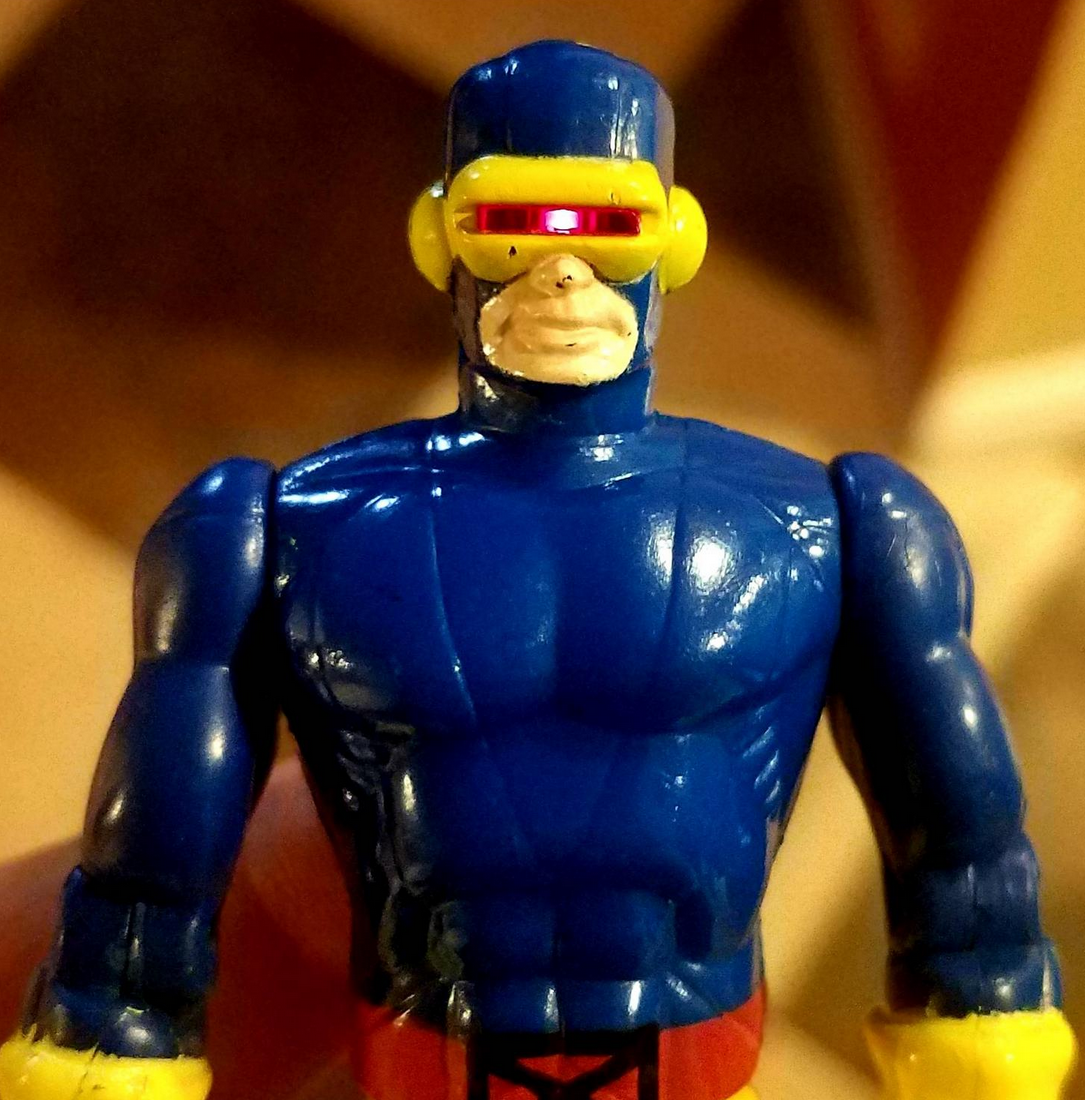 You might not be used to seeing the X-Men underboss with this dorky headgear but it was part of his design in the late '80s and early '90s.

However, that's not the amazing part of how this toy survived since 1991. Leaving a battery in a toy for that long is usually a recipe for a nasty leak or explosion inside of it but this battery apparently never even died.

Just because this tree ended up toppling over, that doesn't mean it had to stop growing. 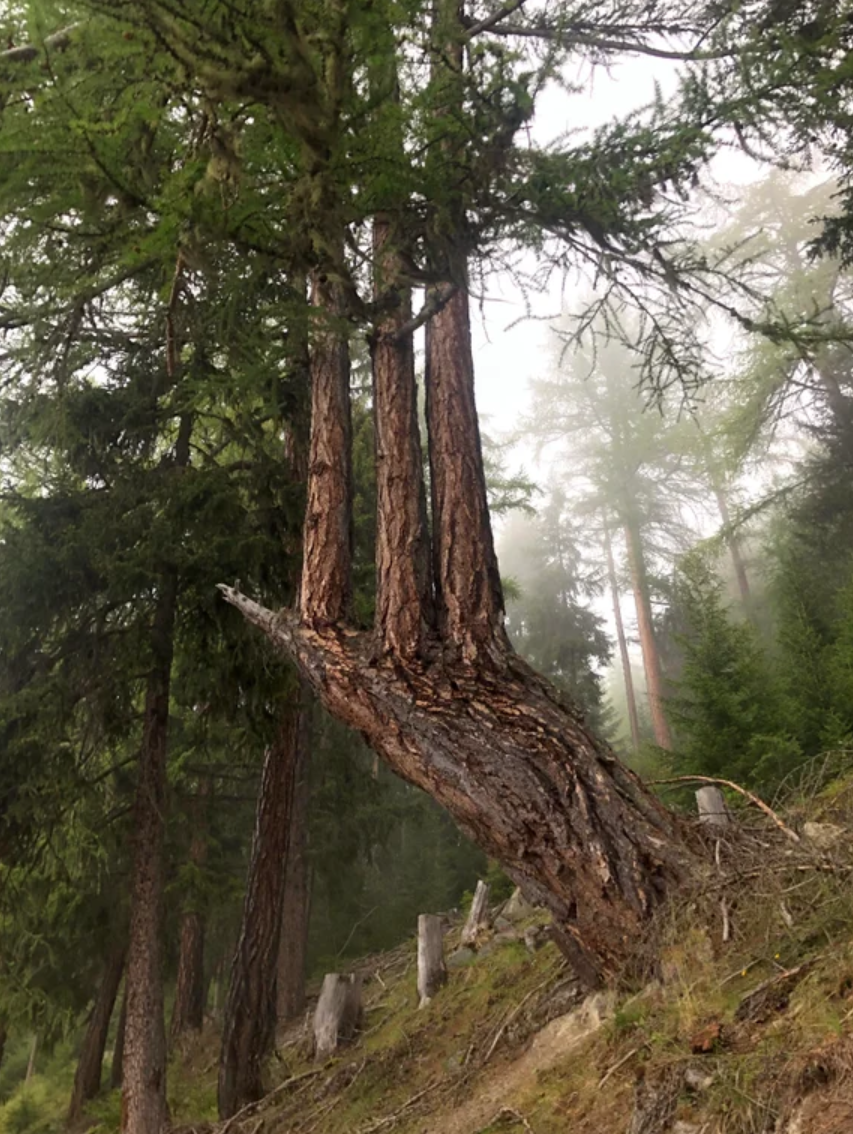 As we can see, its bizarre position instead led its main limbs to grow upwards and appear as mini-trees rather than the standard growth we can observe in its neighbors.

Although the movie *Jaws* seems like it put us more up close and personal with the shark than we'd like to be, that was a result of some creative camera work. 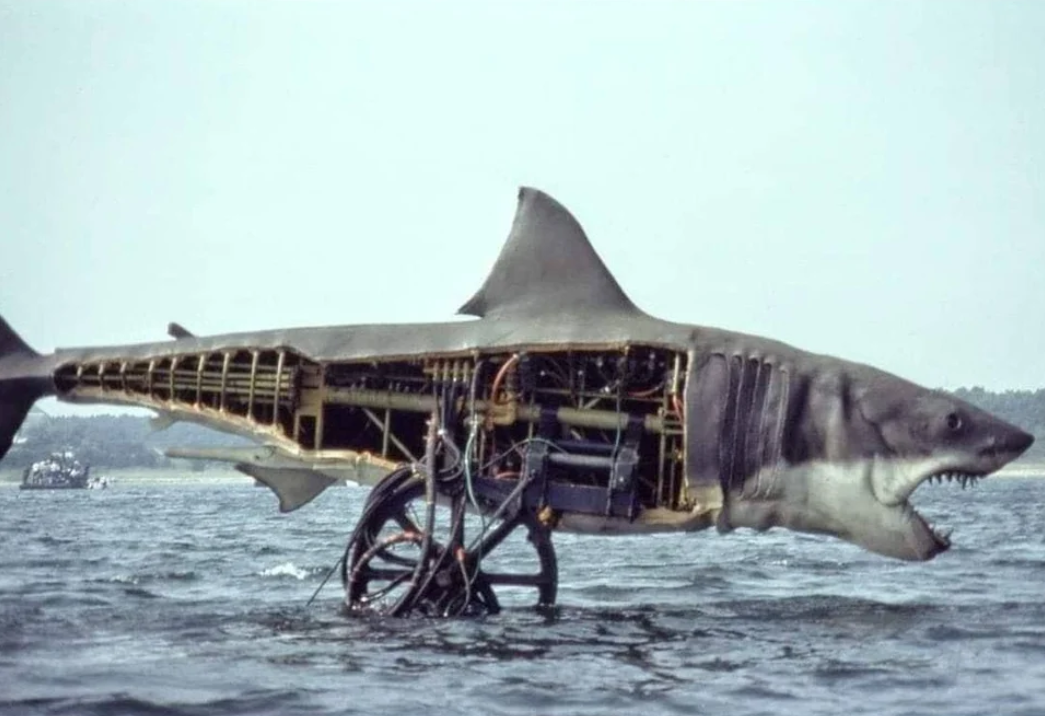 Because if the iconic shark wasn't shot in just the right way, this may have been what we were looking at instead.

At the very least, it would require some rewrites that involve Brody, Quint, and Hooper facing off against a robo-shark.

Speaking on movie props, the Yoda puppet from *The Empire Strikes Back* probably wouldn't look so warm and grandfatherly if we could see it now. 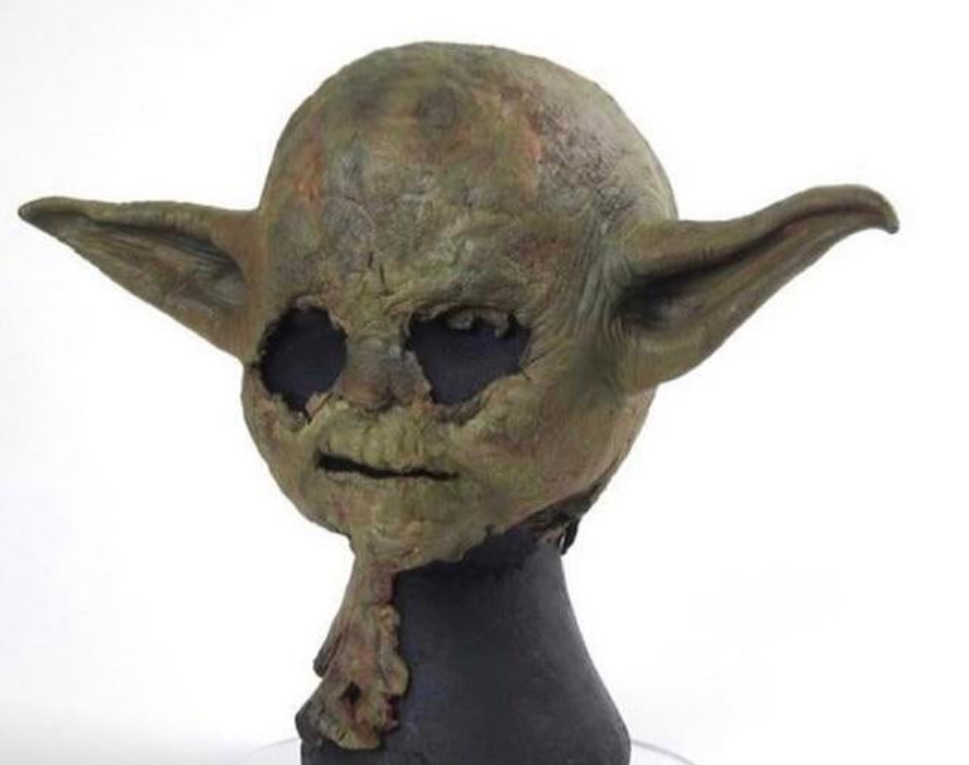 Yeah, it would appear that the years have not been kind to it. I can see it making quite the movie monster now, though.

Apparently, this scene depicts some workers in China building a road on the side of a mountain for tourists. 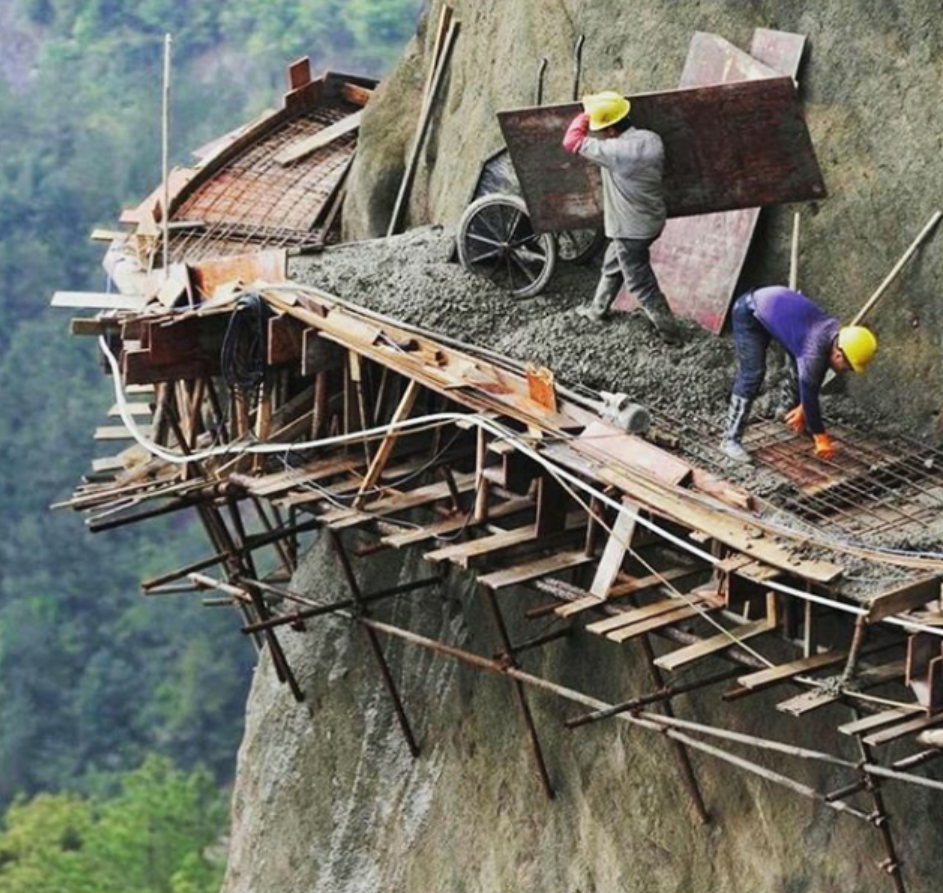 It's kind of hard to tell whether those tourists would be so eager to traverse it if they could see how terrifying its construction looks, though.

I'm just glad we can't see how far this goes down.