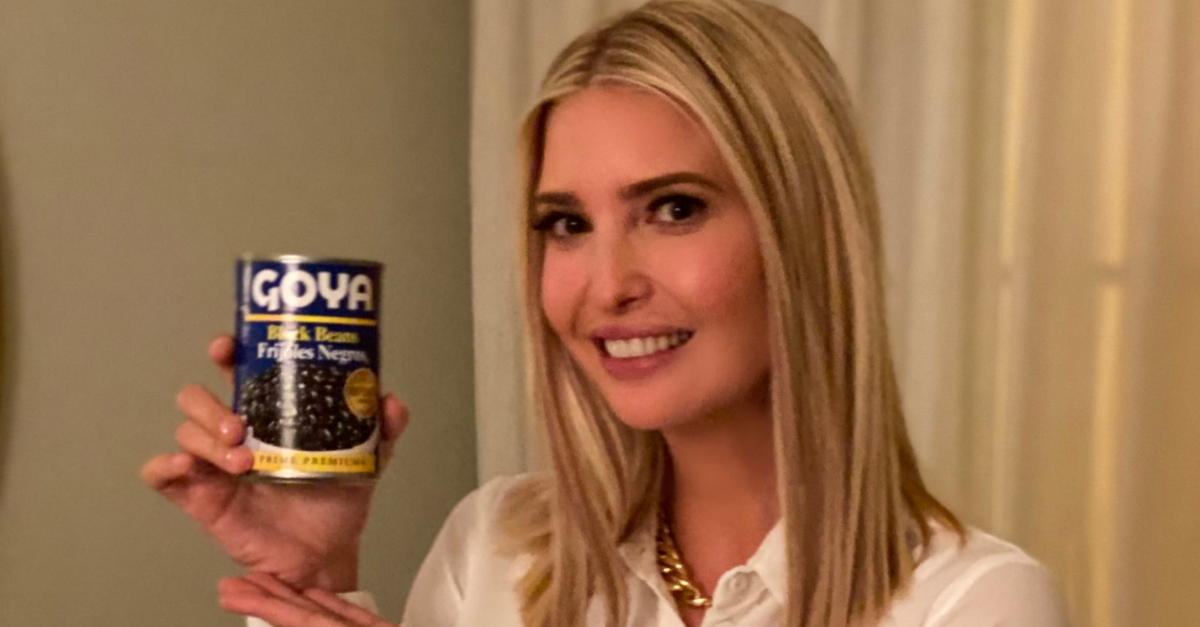 Although Shakespeare originally wrote "Misery acquaints a man with strange bedfellows" in The Tempest, that saying is now commonly paraphrased as "politics makes strange bedfellows," which feels just as appropriate now as it might have back then.

After all, if you were to go back to the 2000s and tell people that Kanye West would be an enthusiastic supporter of Donald Trump's candidacy as president, they'd likely think you were making some bizarre joke. And if you followed that up by saying that the CEO of Goya Foods would make similar statements of praise soon after Kanye rescinded his support, then whoever you're talking to might be a little worried about you.

Nonetheless, that turn of events is real and while it may explain a recent photo tweeted out by Ivanka Trump, it nonetheless suggests that she may not have prepared for the consequences that could potentially follow.

As we can see here, President Donald Trump's daughter and economic advisor Ivanka Trump is indeed posing with a can of beans as if it's a prize on a game show.

According to CNN, Goya is the world's largest Hispanic-owned business, which explains why her apparent endorsement is also written in Spanish.

And while it would seem outright random out of context, it's also not difficult to figure out what inspired this photo. 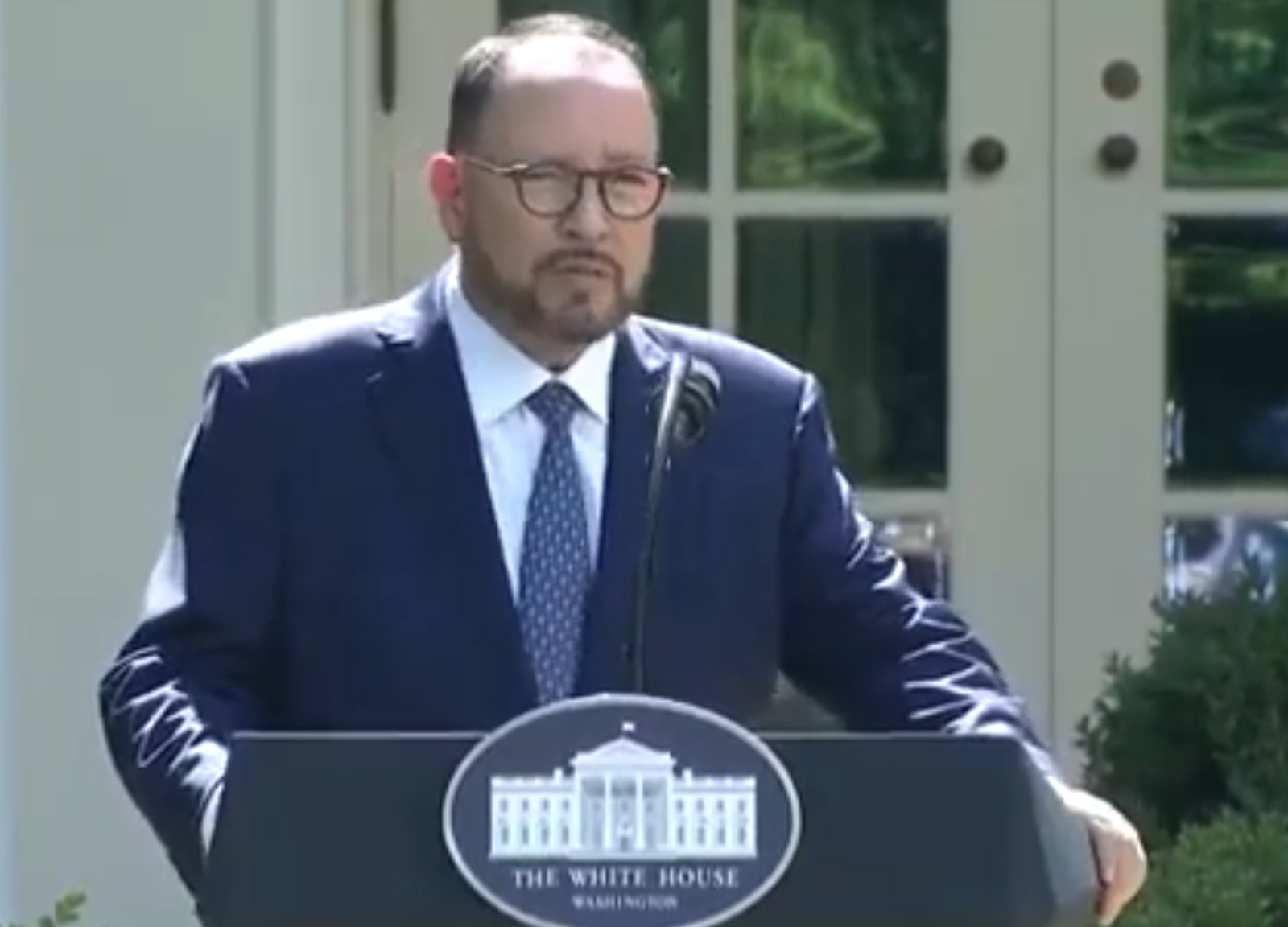 Last week at a White House RoseGgarden ceremony, Goya CEO Robert Unanue said, "We are all truly blessed, at the same time to have a leader like President Trump who is a builder," before adding "We have an incredible builder, and we pray. We pray for our leadership, our president."

This support has prompted calls to boycott the company, which Unanue has referred to as a "suppression of speech" while speaking to Fox News.

The effect any such boycott has had on Goya's business is not clear at the time of this writing.

In any case, the reason for Trump's sudden promotion of Goya's beans didn't escape the minds of Twitter either.

For some, it drew comparisons to this 2016 Cinco de Mayo tweet from her father that was met with both derision and suspicions of insincerity at the time.

For others, it proved a chance to get creative and some critics soon photoshopped less flattering objects into Trump's hands.

As we can see, one elected to have her pose with a reportedly explosive book by her cousin Mary Trump that makes serious allegations against the elder members of the Trump family.

Another depicted Ivanka Trump with an upside down Bible, which is a reference to her father's infamous photo-op at St. John's Church in Washington D.C. last month.

But the problems with this Goya photo may go deeper than some run-of-the-mill Twitter sarcasm. 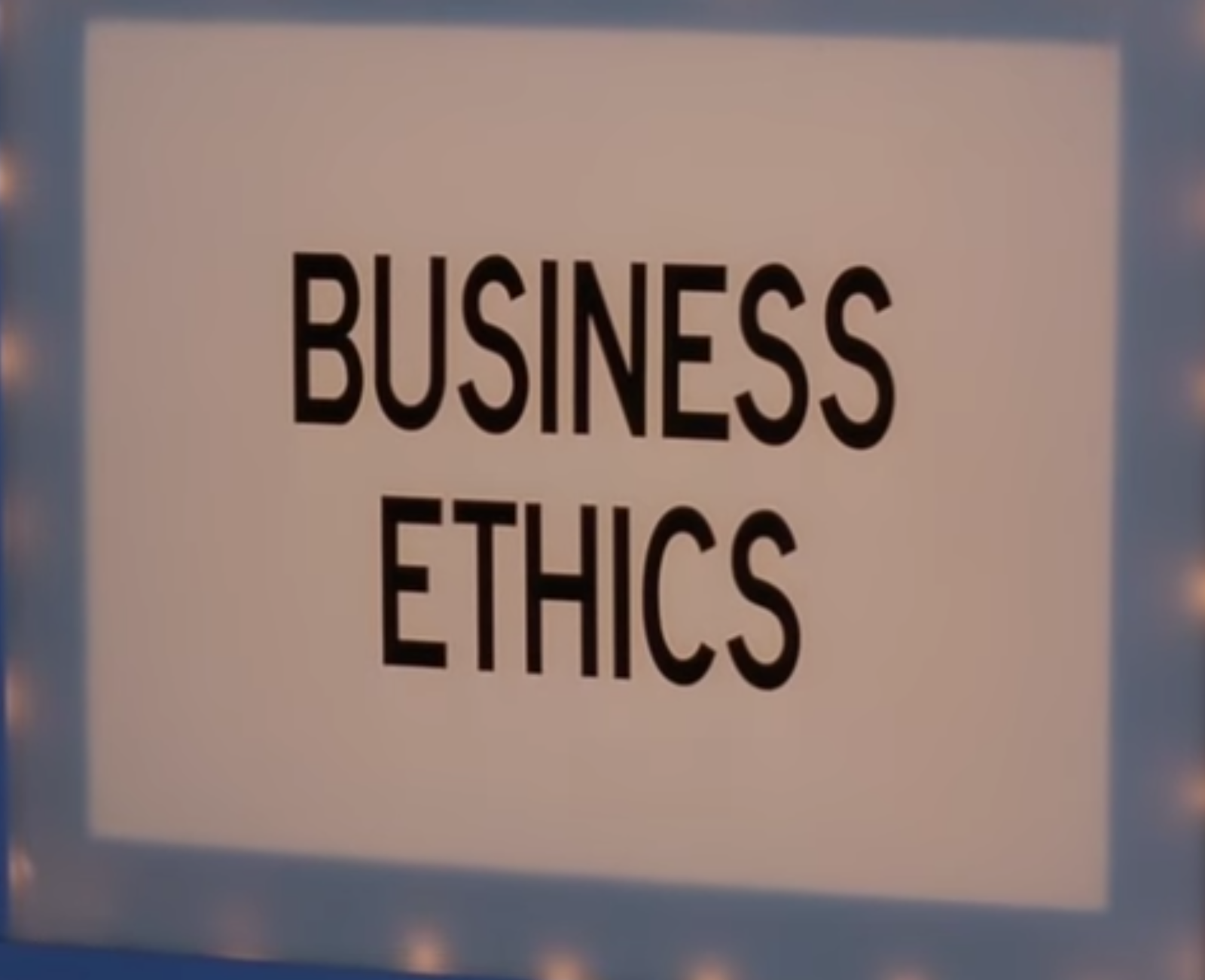 By directly endorsing Goya as she has, it's possible that Trump may be found to have committed an ethics violation under these guidelines.

Based on statements from a Trump representative and former Office of Government Ethics director Walter Shaub as reported by CNN, this depends on whether the Office considers the tweet a personal statement of support or whether the fact that Trump's job title is in her bio gives the photo the appearance of an official sanction.

For now, their decision on the matter remains to be seen.