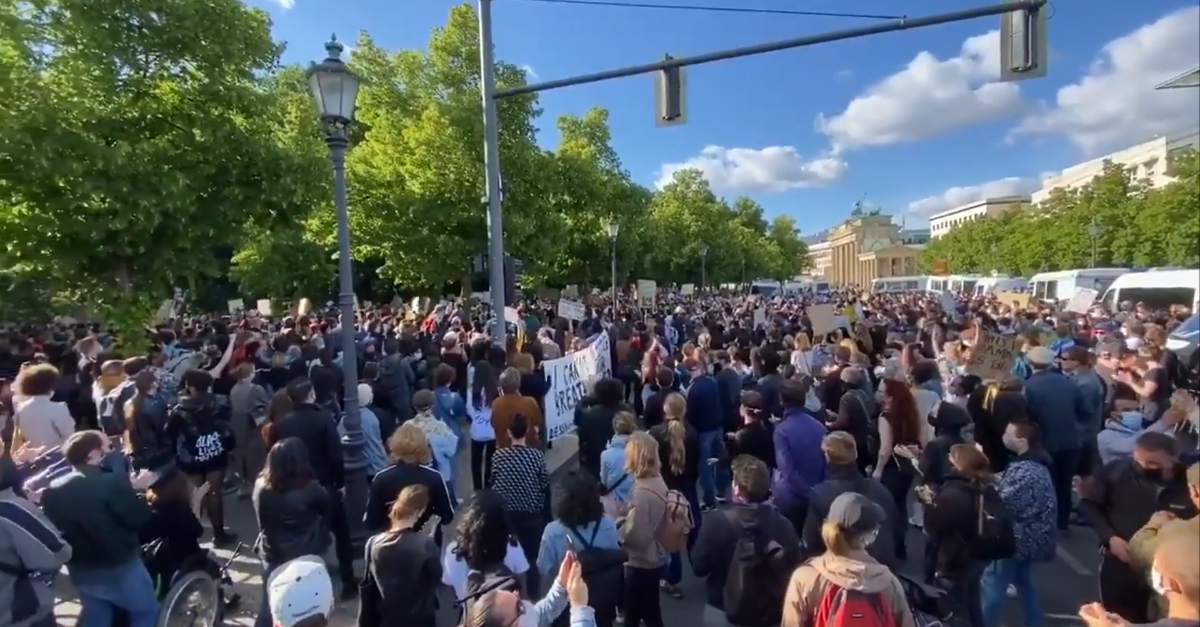 10+ Protests From Around The World Seeking Justice For George Floyd

On May 25, 46-year-old George Floyd died after a Minneapolis police officer kneeled on his neck for at least eight minutes.

In the week since, outrage stemming from the incident has led thousands of Americans to protest throughout the country. As USA Today reported, these protests vary from state to state and city to city, but show how deeply the circumstances of Floyd's death mirror struggles felt across the nation.

However, it would be a mistake to assume that this is purely an American phenomenon or sentiment. Indeed, protesters throughout the world are not only campaigning for justice in the George Floyd case, but in cases like his that could potentially happen anywhere.

So far, we've seen these protests and acts of solidarity emerge in at least 10 different countries other than the United States.

Although George Floyd's case is a matter of concern for these protesters in Toronto, Canada, the unfortunate reality is they also mourn something even closer to home.

As CBC reported, 29-year-old Regis Korchinski-Paquet fell to her death from her apartment on May 27 after calling 911.

The Ontario Special Investigations Unit is now investigating the incident amid claims that police were responsible for her death.

In other international protests, the setting is often the U.S. embassy of a given nation.

In this case, we're seeing at least 100 protesters gather in front of the embassy in Dublin, Ireland.

Theirs is call not just for justice in this specific case, but for racial equality in general.

As the iconic double decker buses might suggest, this is the scene of a massive protest in London, England. 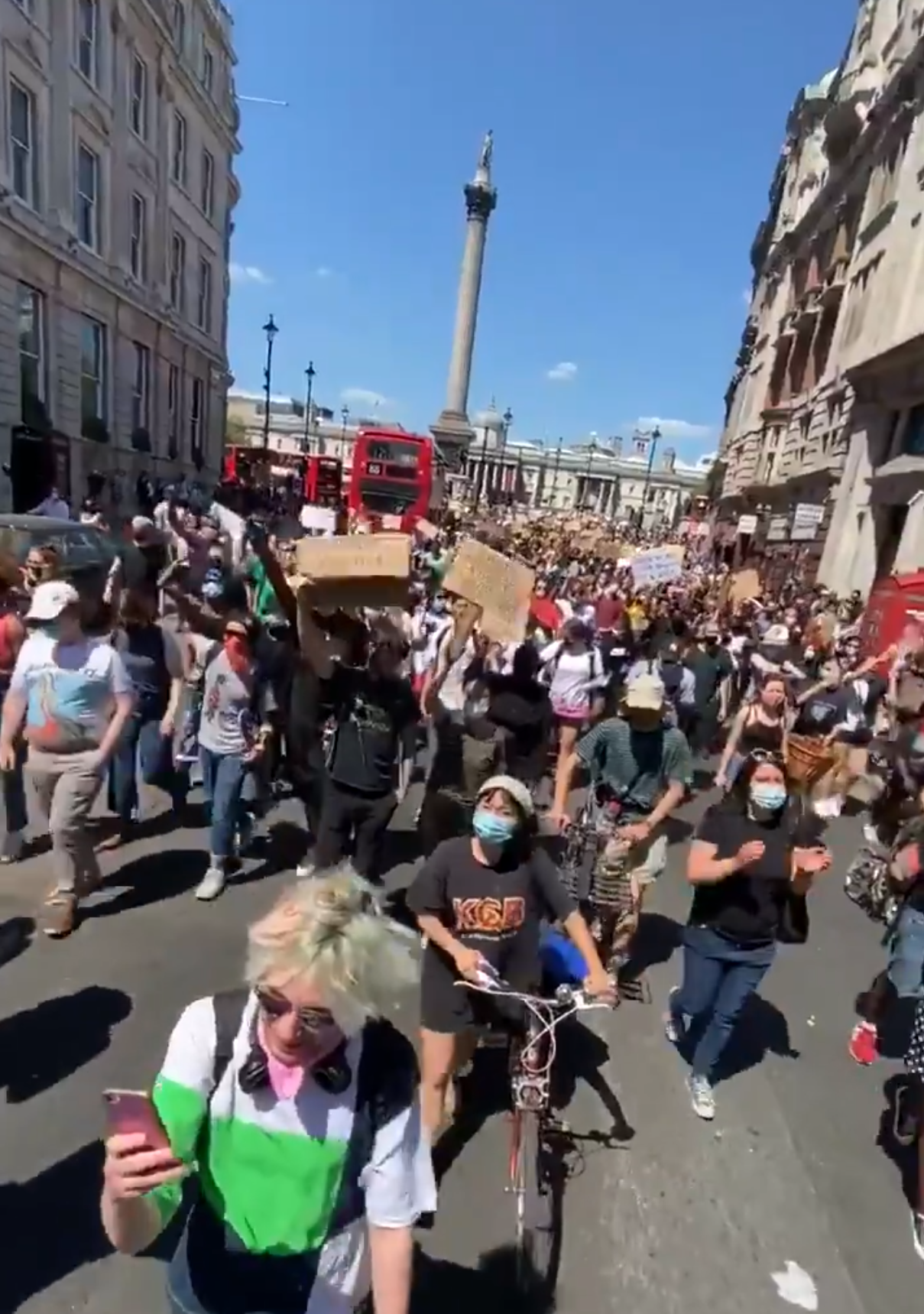 More specifically, we can see that it has just passed through the city's famous Trafalgar Square.

The signs aren't legible in this shot, but they mention both George Floyd and the 2014 death of 43-year-old New York citizen Eric Garner under similar circumstances.

Although it's not a traditional protest, this mural by Aziz Asmar & Anis Hamdoun shows that news of George Floyd's death has reached as far as Syria. 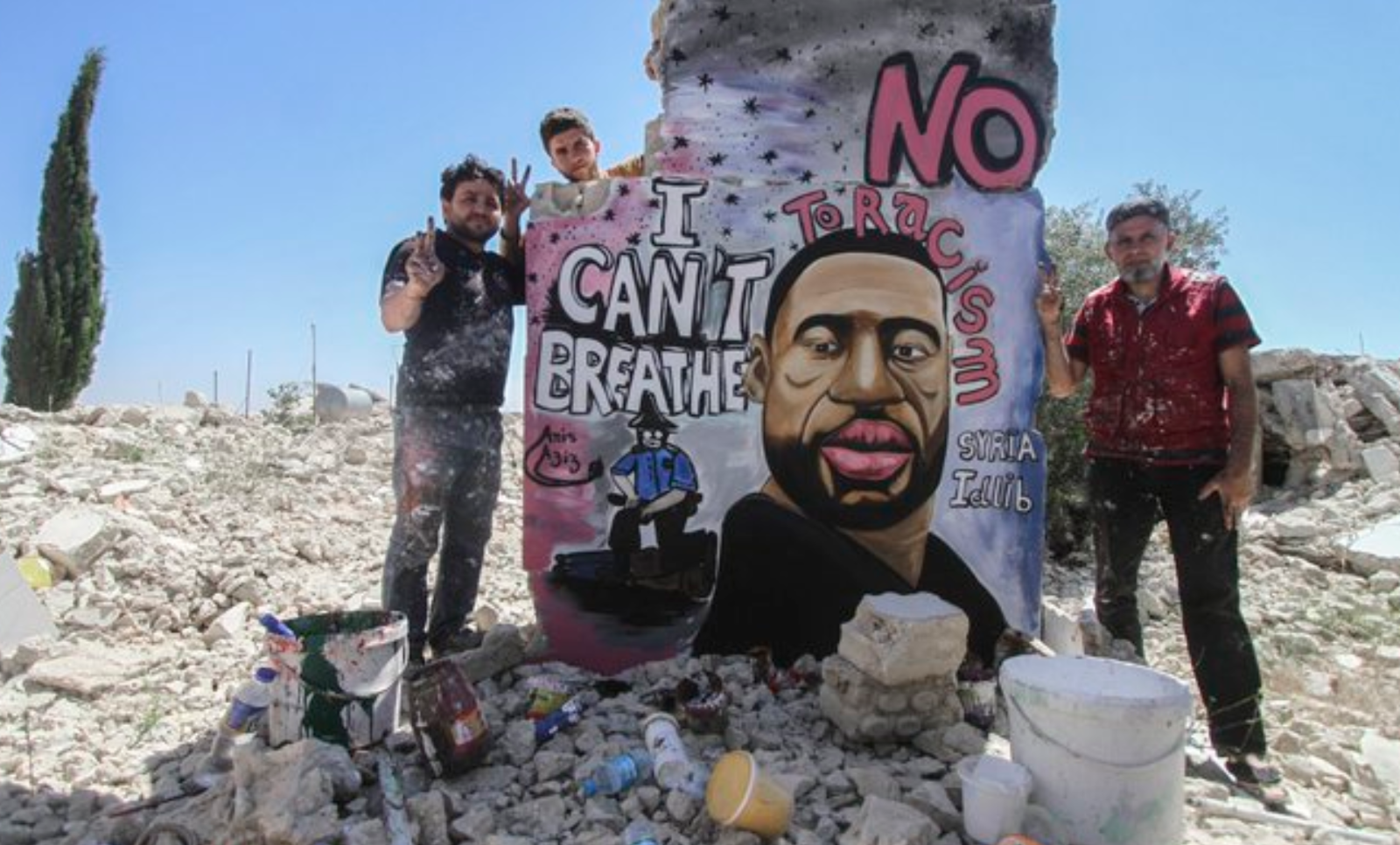 This gesture is particularly powerful considering that Syria has mired in war for the last nine years.

As Martin Luther King Jr. wrote, however, "Injustice anywhere is a threat to justice everywhere."

One of the most staggering protests in scale occurred in Auckland, New Zealand. 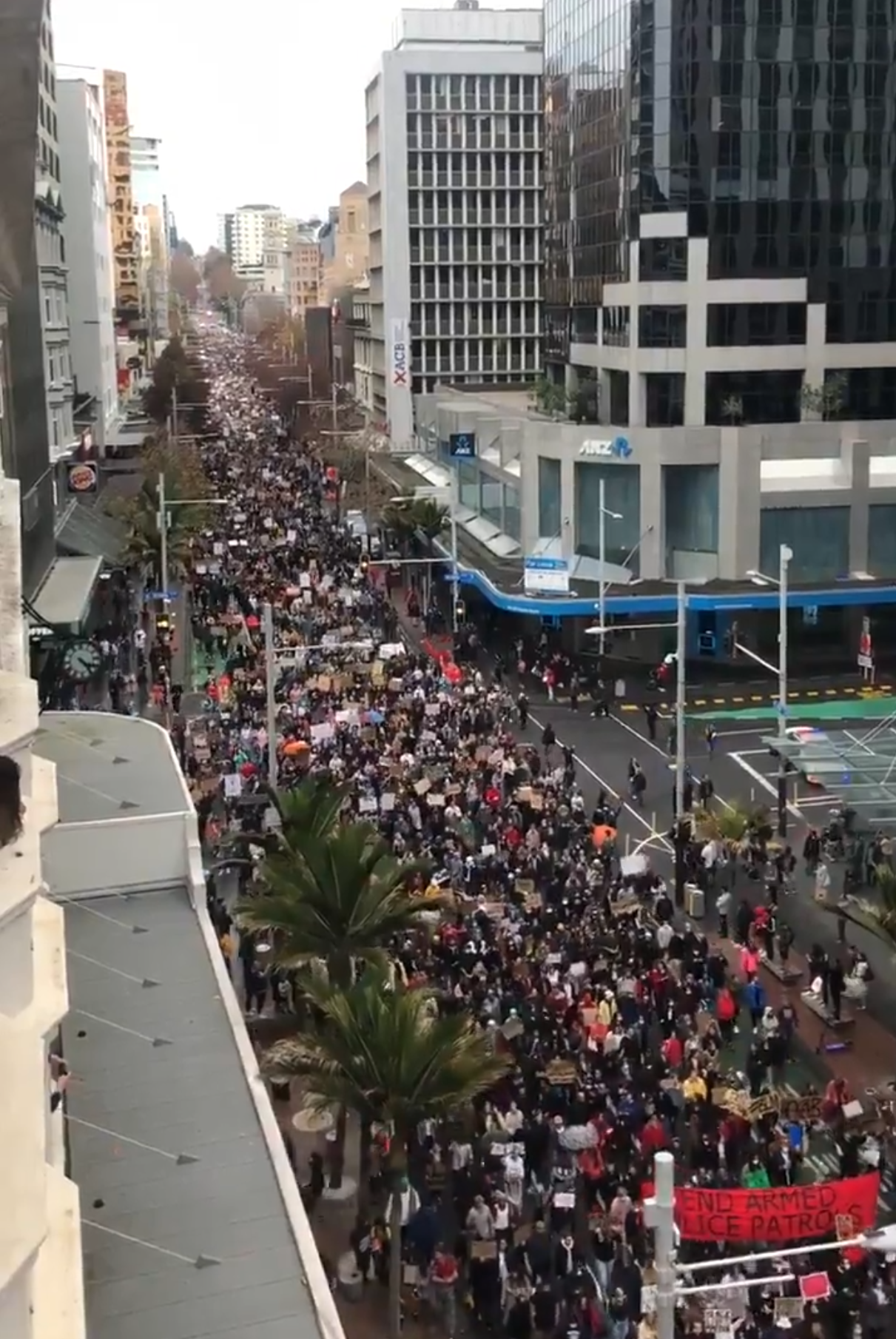 Here, we can see thousands of protesters take to the streets, many of whom call for an end to armed police patrols.

As The Guardian reported, this is one four large-scale protests the nation has seen in response to George Floyd's death.

As we can see here, the news from Minneapolis also weighs heavily on the hearts of international soccer players Achraf Hakimi and Jadon Sancho.

As NBC Sports reported, both now play for the Borussia Dortmund team out of Germany.

Another player named Marcus Thuram from the nation's Borussia Monchengladbach also took a knee in honor of Floyd.

Here we see a group joining in solidarity with other international justice movements at Sol Plaza in Madrid, Spain. 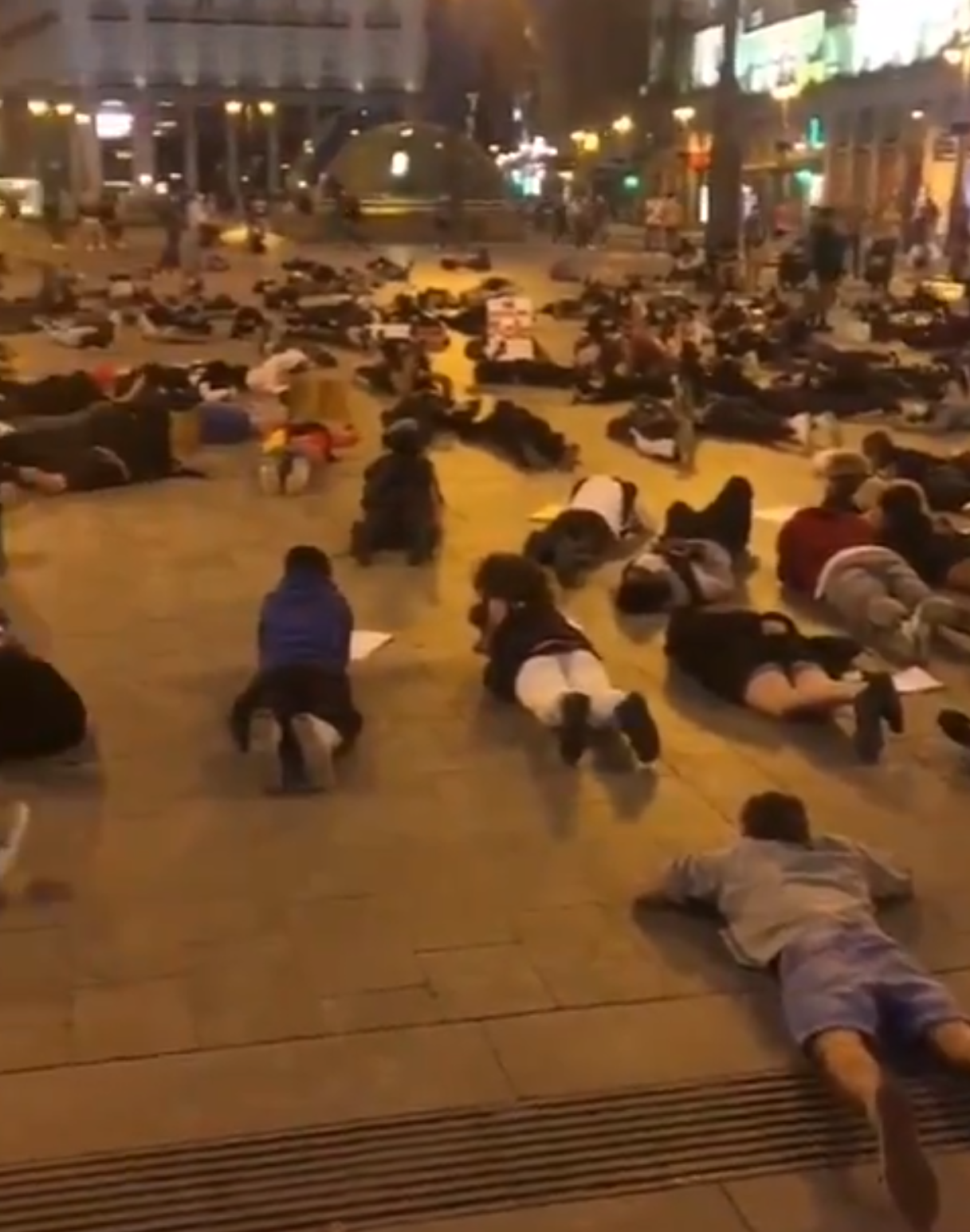 It's apparently not the only monument in the city they have gathered at and they explicitly do so to honor black Americans who have lost their lives to police and to reaffirm that black lives matter.

Here we see a group in Copenhagen, Denmark is marching towards the city's U.S. embassy. 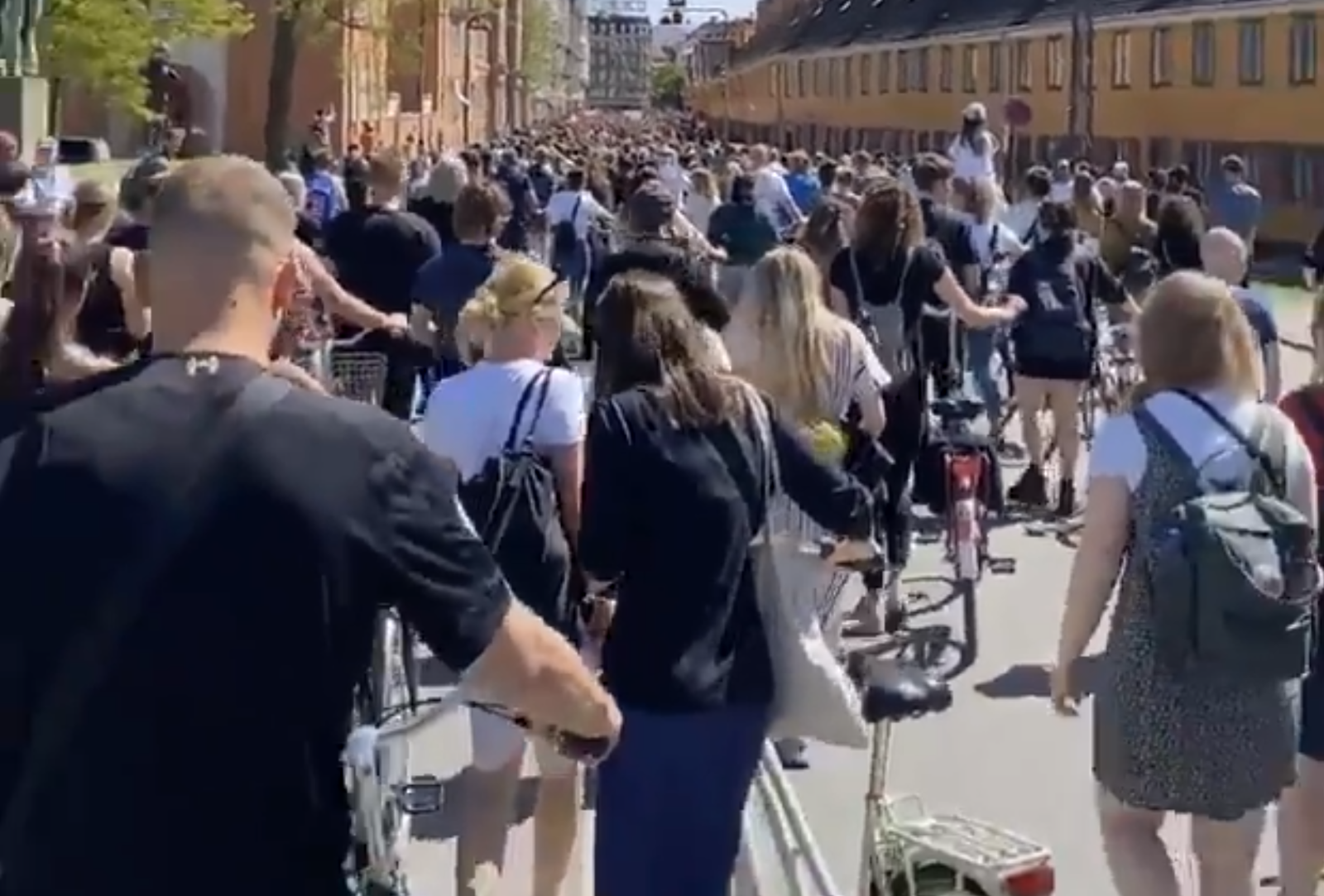 As is the case for the other protests we've seen today, they're marching against systemic racism and police brutality.

As one of the citizens involved tweeted out, "We show solidarity with our black brothers & sisters."

This crowd has gathered in Cardiff, Wales and are apparently arranged the way they are because the police moved them from the streets.

That was tweeted out by the video's uploader, who also said that face masks were passed out among those in attendance.

This crowd of thousands has gathered outside of the U.S. embassy in Berlin, Germany. 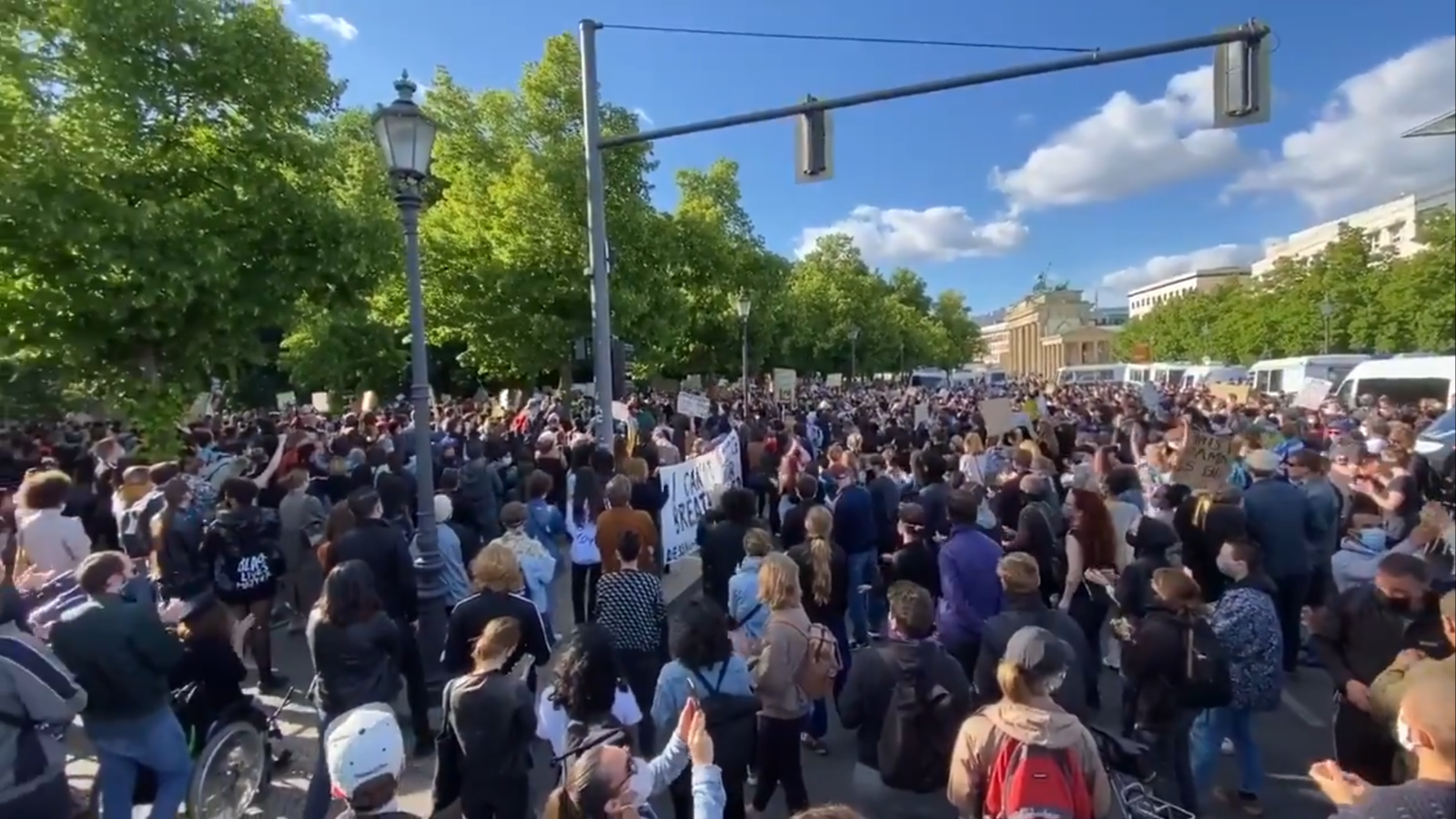 Together, they join in a chanting of "black lives matter" punctuated by a series of claps. As The Guardian reported, this demonstration took place around the same time as the one we observed in Copenhagen.

Although it's not as large as some of the protests we've seen today, this group gathering in Rome, Italy is no less passionate about justice. 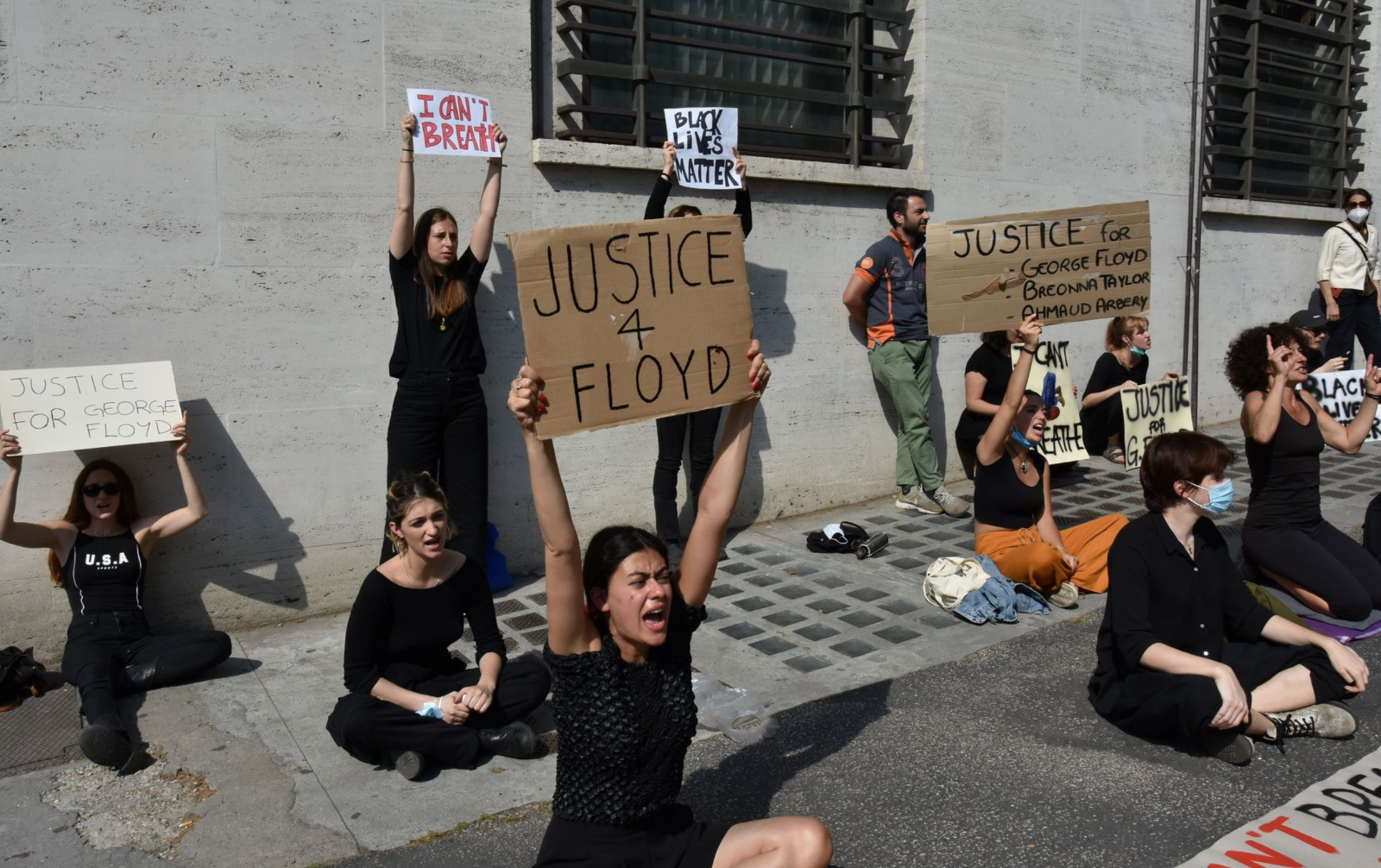 As this image's uploader tweeted out, "We were only like 50 ppl but we all felt like we had to do something."