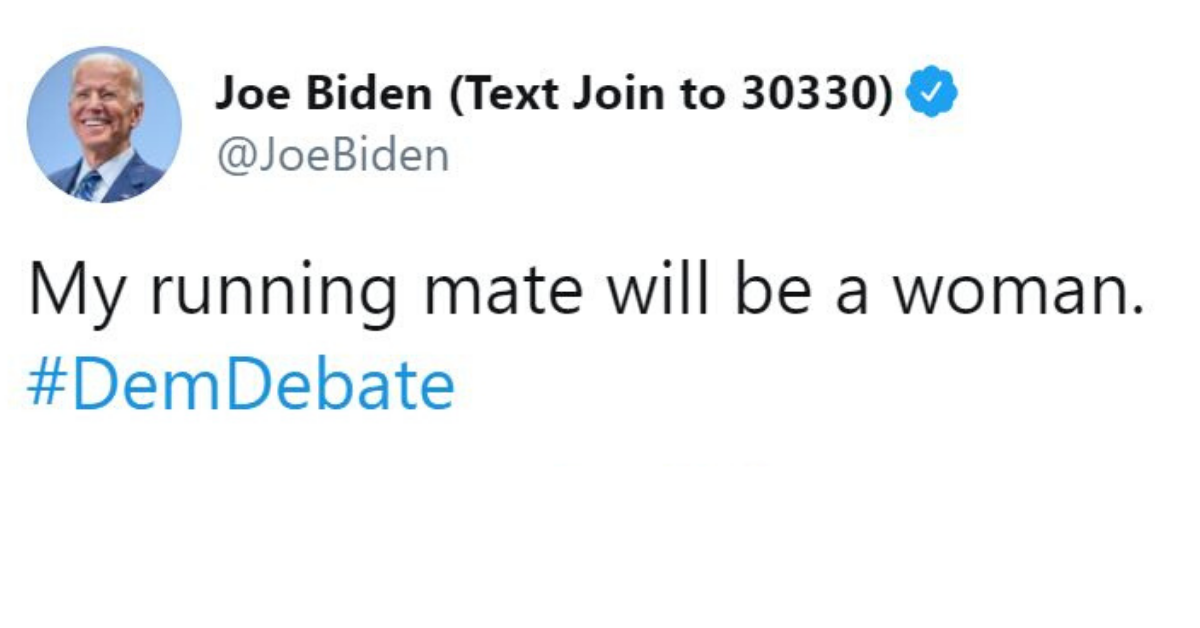 Last night's CNN Democratic Debate between Former Vice President Joe Biden and Vermont Senator Bernie Sanders was arguably more revelation than revolution, the most surprising news coming out of the night being that Biden has promised that if he wins the Democratic nomination, a woman will join him on the ticket.

Sanders and Biden were both asked if they would choose a woman Vice President if they were to win the presidency.

Though Sanders was hesitant, Biden promised on-air that he would definitely be choosing a female running-mate, and followed up his statement with a tweet to that effect later on in the evening.

It is unclear at this time whether or not that woman will be Elizabeth Warren.

Biden mentioned Warren at one point in the debate, praising her free tuition plan. Though Biden has not explicitly stated that Warren will be his running mate, it would certainly be a smart move on his part.