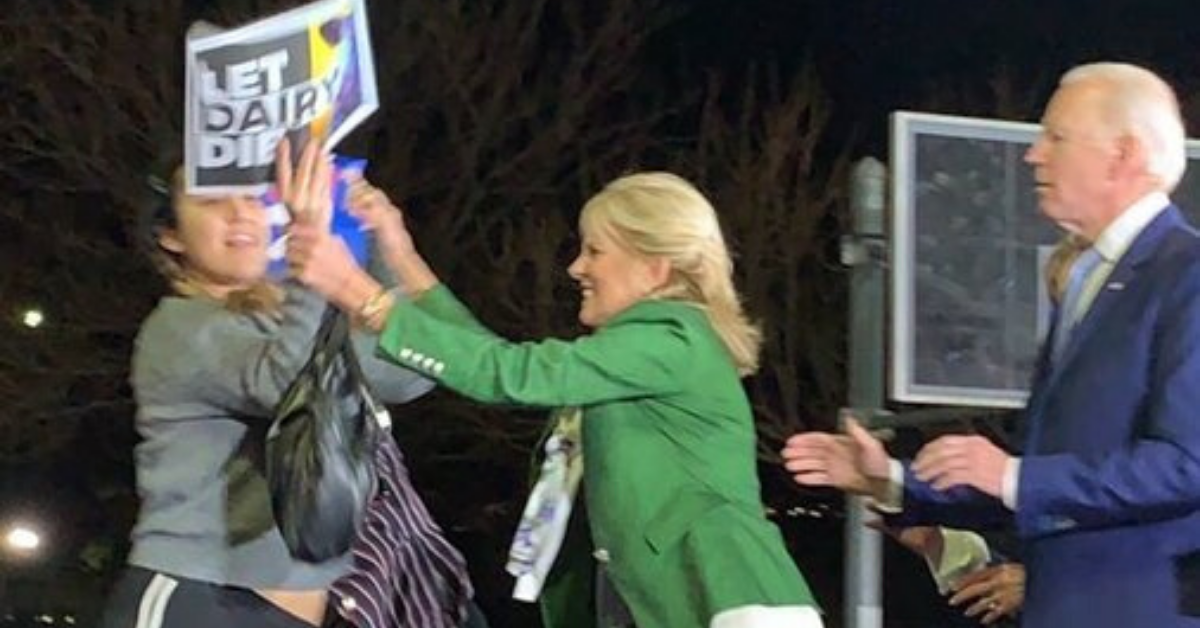 Joe Biden had a big Super Tuesday, and when it came time to give his speech at the end of the day, the women in his life were not about to let some protesters steal the spotlight.

As Joe Biden addressed the crowd gathered in L.A. for his Super Tuesday rally, a pair of anti-dairy protesters attempted to take the stage. 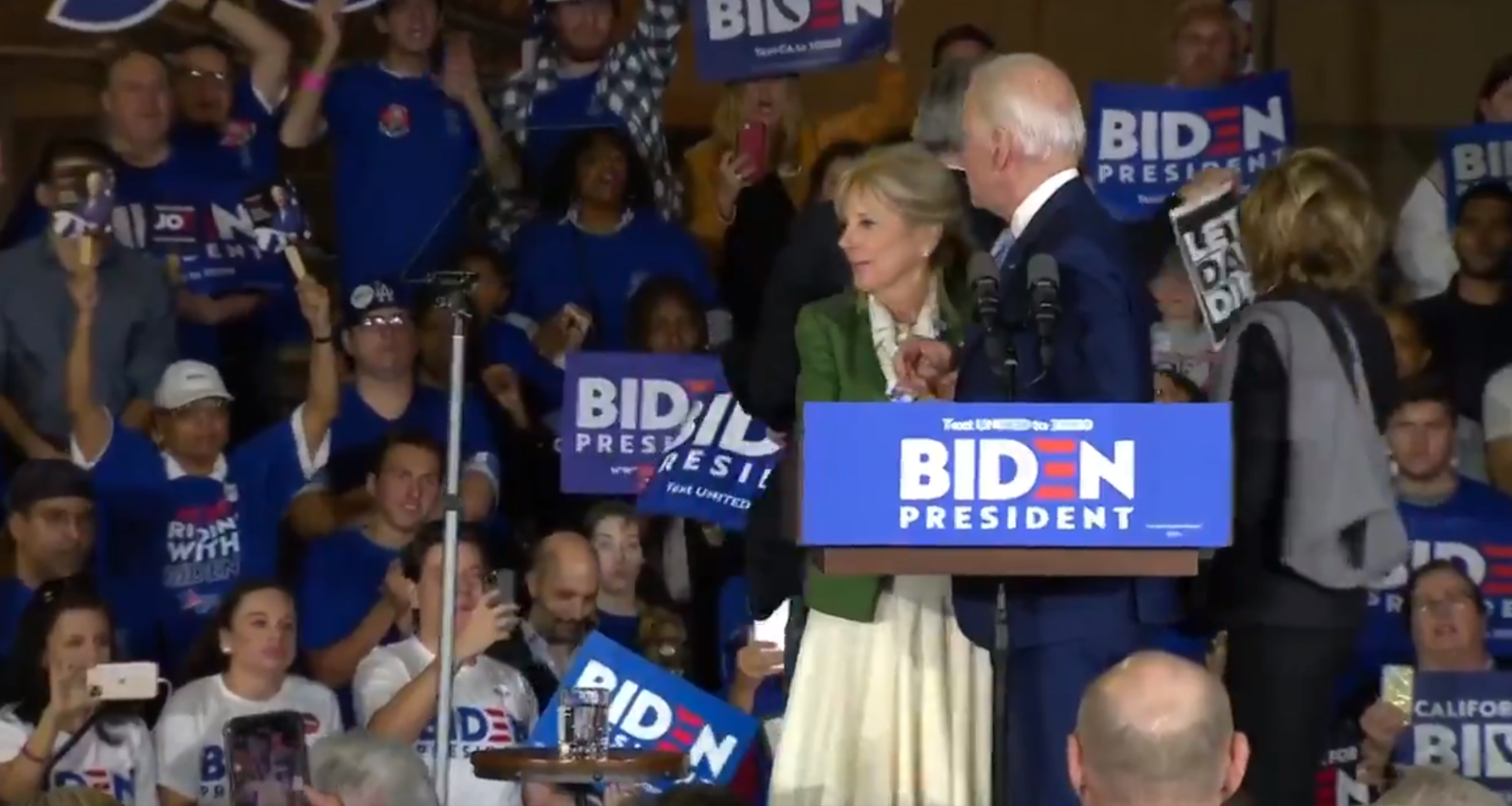 As Fast Company reported, the protesters weren't targeting Biden in particular, but have been showing up at events around California for several months.

Nevertheless, those around the former VP weren't entirely sure of their intentions and weren't going to have their antics on their stage.

As they did, Jill Biden, standing by her husband's side for his speech, blocked him from the protester with her body.

All seemed well, but only for a moment as a second protester took the stage while security was still dealing with the first protester.

That's when the women sprang into action.

Jill Biden was not about to let a protester get too close to her husband. 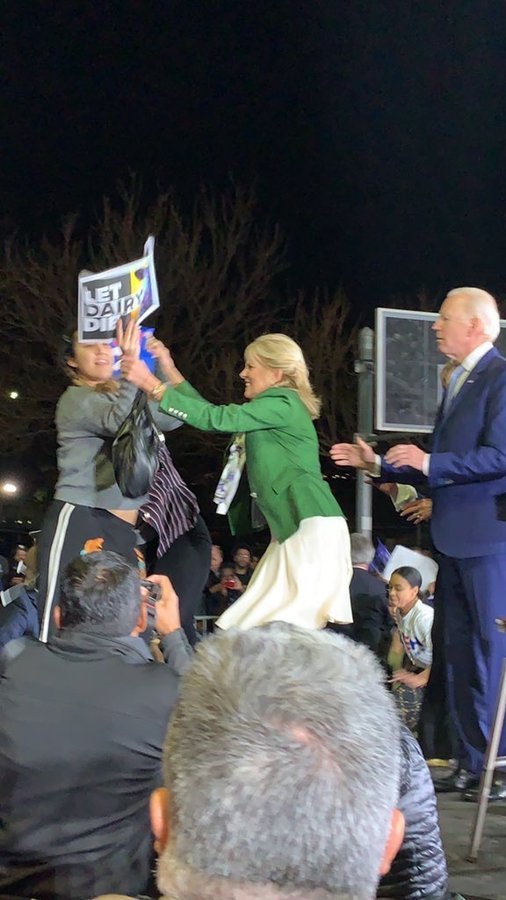 Both Jill Biden and Sanders became instant legends on Twitter.

"If any NFL teams are scouting for a right guard, Jill Biden is available," quipped author Amy Siskind.

"Y'all see Symone Sanders come off the line like a pro bowl linebacker," wrote @BillyMHonor. "Geesh."

Jill Biden has some experience dealing with protesters getting too close to her husband.

During an event in New Hampshire in February, Jill jumped out of her chair to get between her husband and a man who was shouting at him and approaching his lectern, CNN reported.

It should go without saying that the women in Joe Biden's life shouldn't be called upon to perform security duties, as stirring as it is to see them come to the former VP's defense.

However, they don't seem too much the worse for wear afterwards. In the aftermath, Sanders simply tweeted, "I broke a nail."