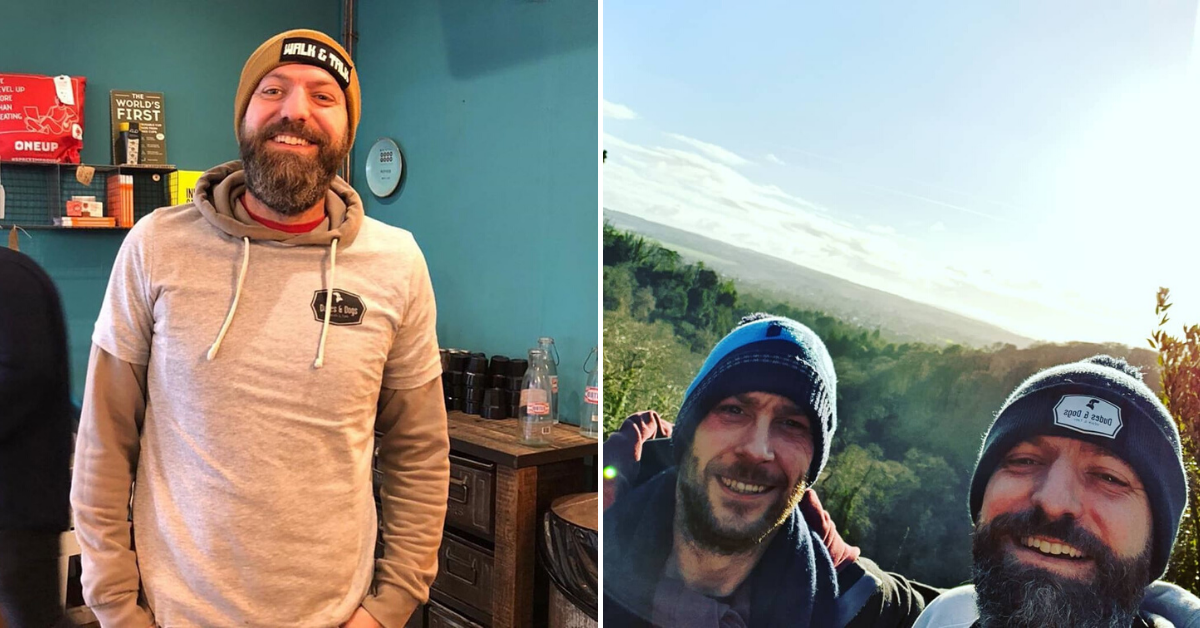 This is a generalization, but one that's largely true in my experience: men don't like to talk about their feelings. This kind of communication is crucial for mental health, and one man in the United Kingdom is trying to challenge the stigma.

The secret ingredient? Dogs, of course. 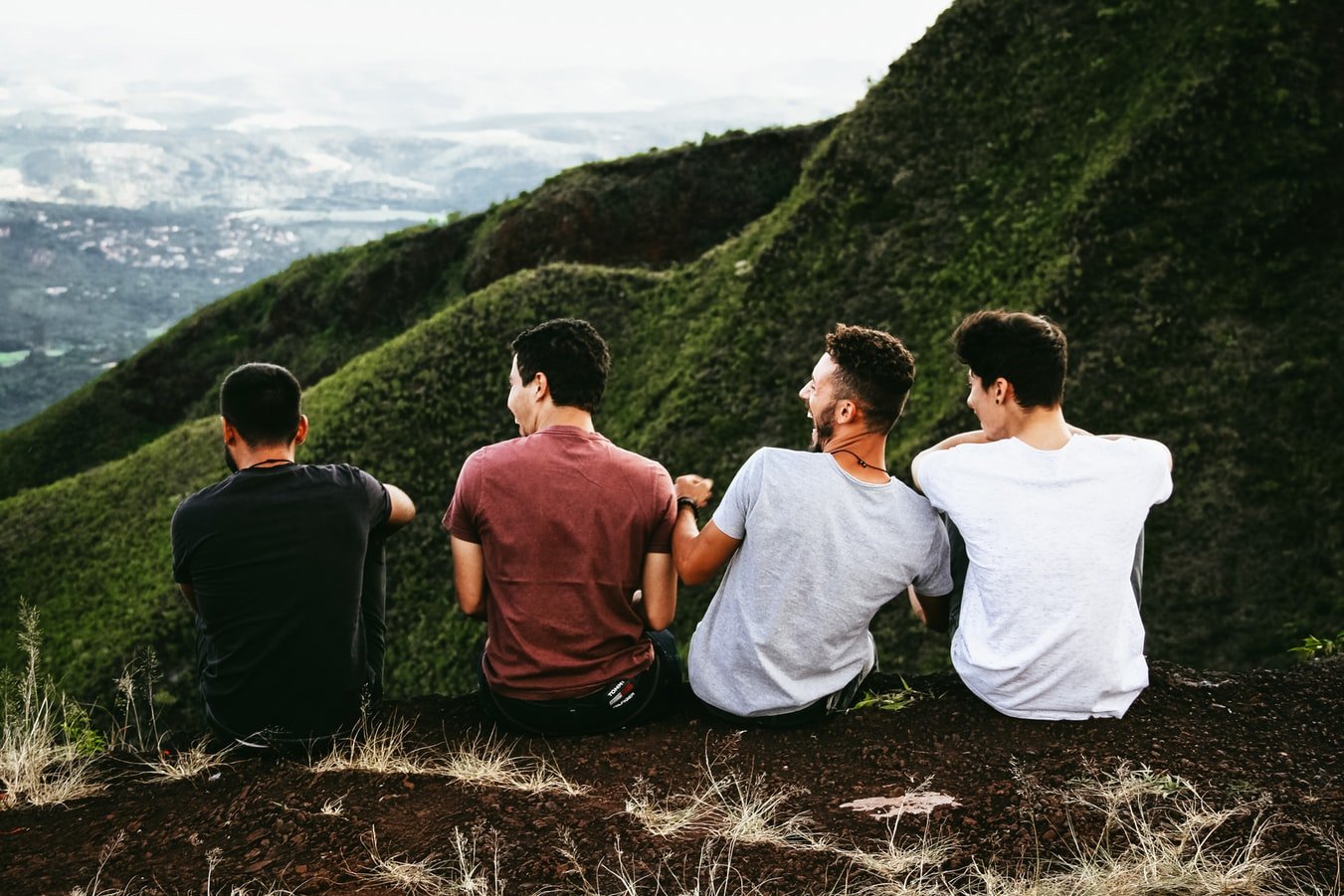 I spend all kinds of time with my good friends, and we have tons of shared memories. But rarely, if ever, do we ever talk about how we're doing mentally. 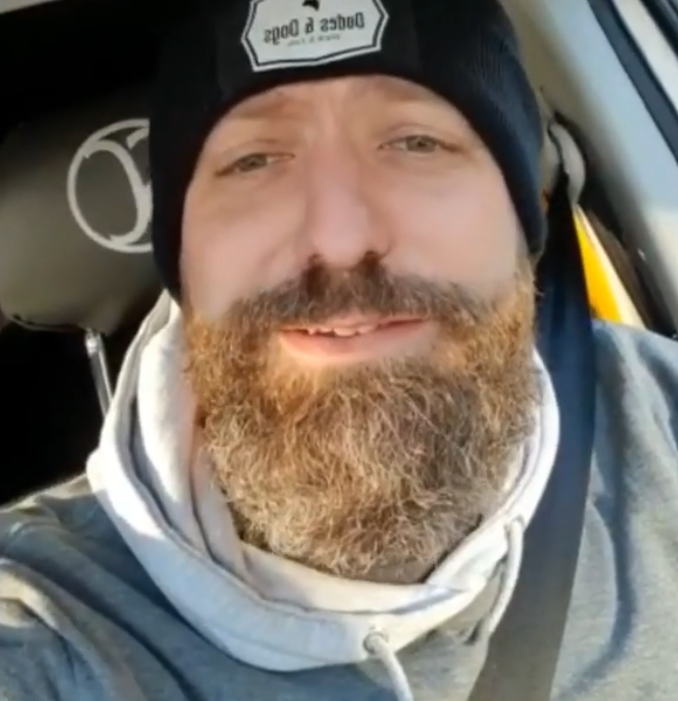 The 38-year-old from Bristol, England, has admittedly dealt with anxiety and depression in his life. He found that one of the best forms of therapy was simply getting out of the house and walking his dog, a Hungarian Vizsla named Mali.

He started a support group. 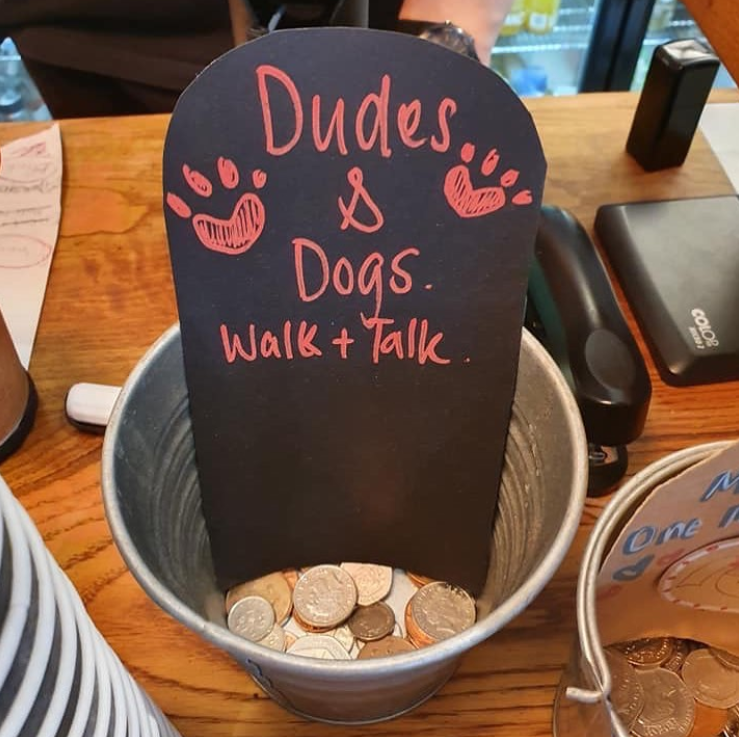 As a dude with a dog, seeking other dudes with dogs to talk about deep stuff, Rob appropriately named his group Dudes and Dogs. You can find them on Instagram, @dudes_anddogs. 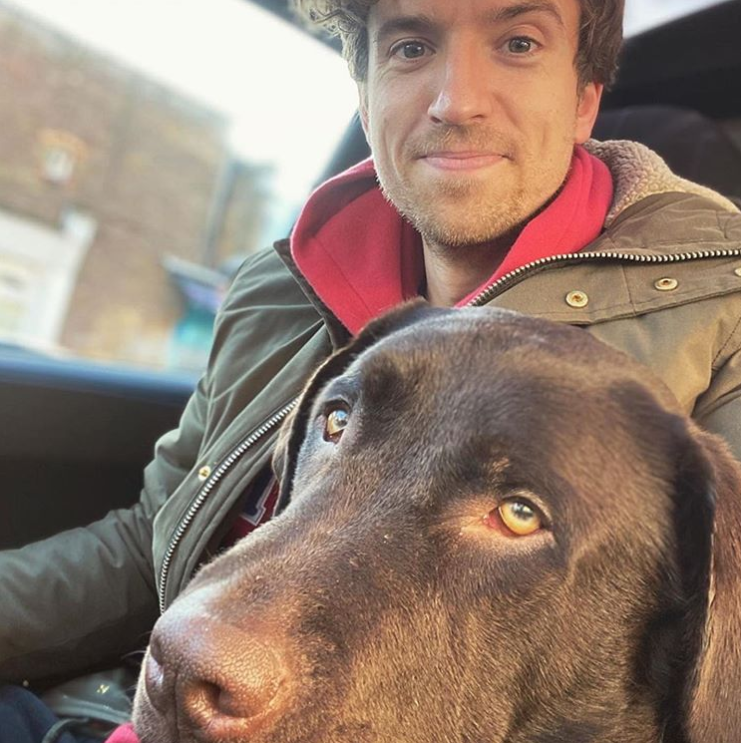 One member of the group, Nick Hoon, told the BBC that he encountered so much toxic masculinity while serving in the army that he contemplated suicide. Now, thanks to Dudes and Dogs, he's able to open up. 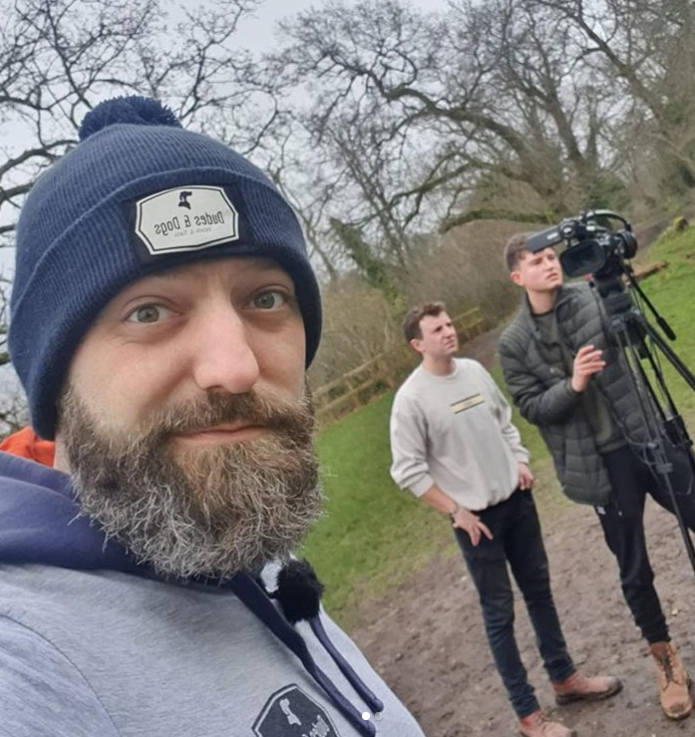 As a group with a simple, admirable goal, Dudes and Dogs has been covered extensively by the media — not just local reporters from Bristol, but also reporters from the BBC and international sources.

It's a form of therapy. 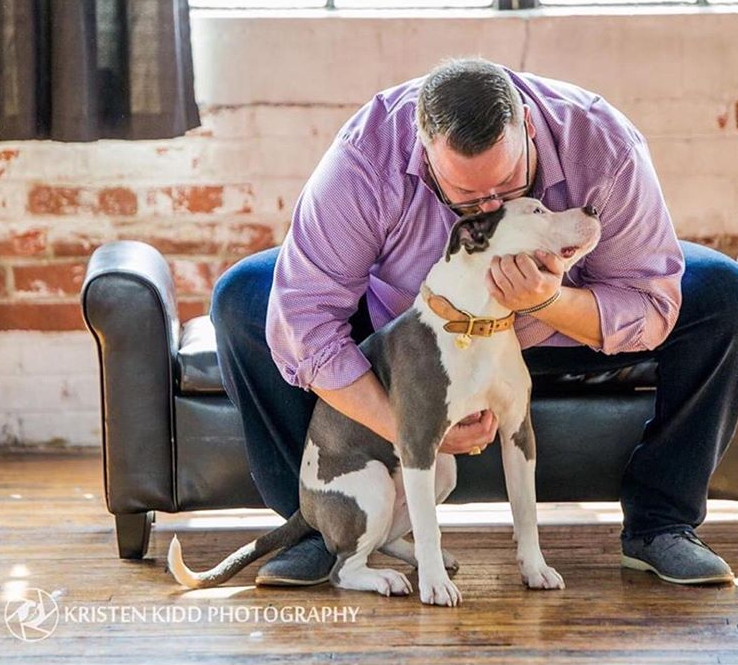 Dogs give these dudes a common connection, dog walking gets them out of the house, and from there, the stigma surrounding opening up seems to melt away. 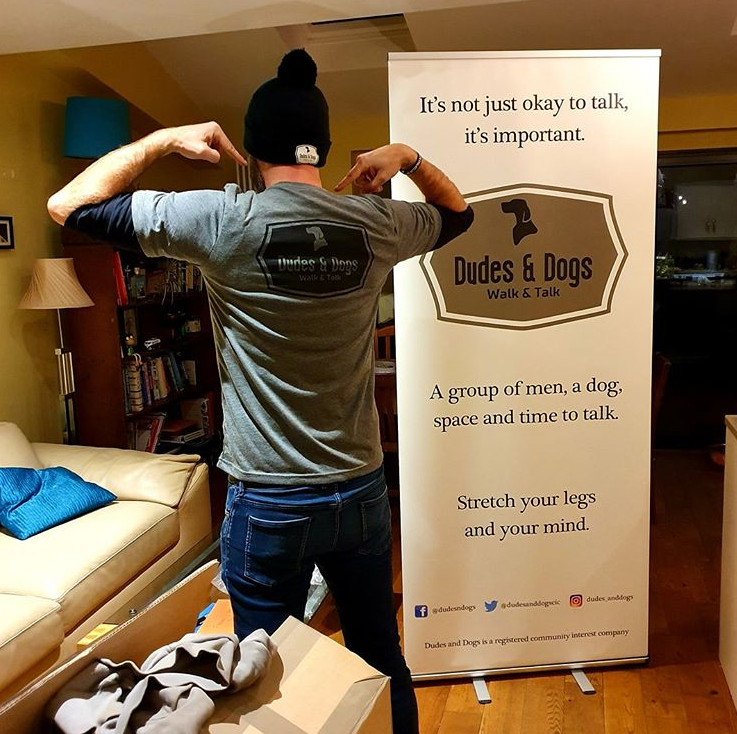 According to multiple studies, men are more resistant than women when it comes to seeking out therapy to deal with their struggles. Unsurprisingly, men are generally more likely than women to die by suicide.

It's a great message. 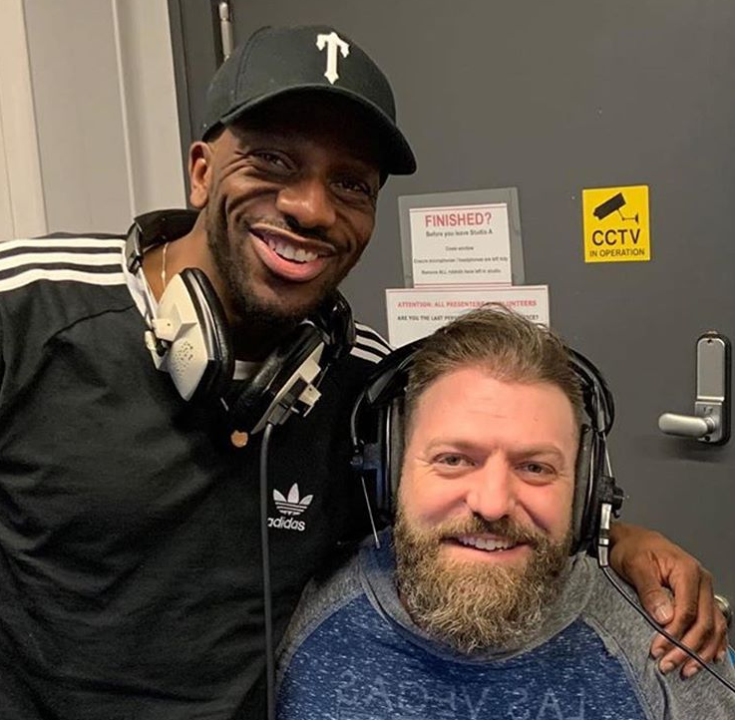 “They need someone to listen,” Robsaid. “The idea of using a dog gives people an hour away from the family and gets them out. Dogs are like four-legged antidepressants. When people are around them they drop their defenses. They play with the dog.”

There's nowhere to go but up. 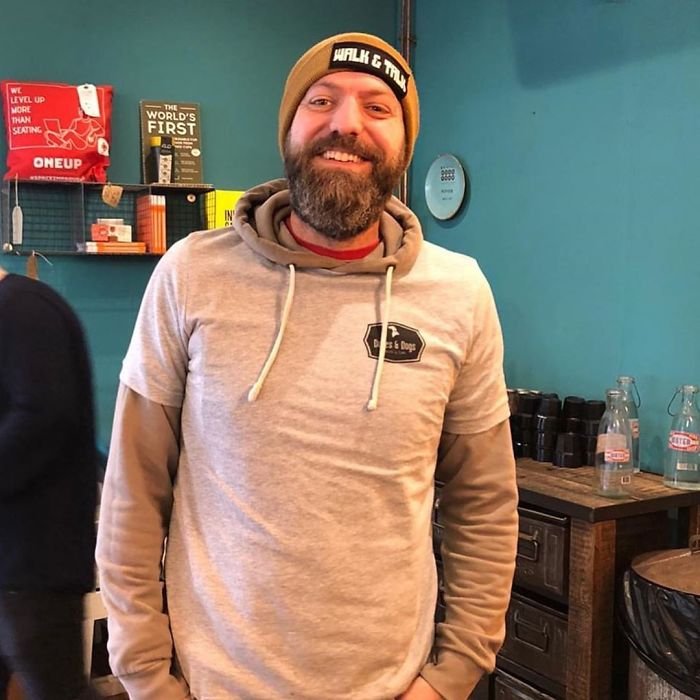 With a strong support group through his friends in Dudes and Dogs, Rob is doing better than he was before. With more media coverage, it's a near certainty that the group will help even more men in the near future. 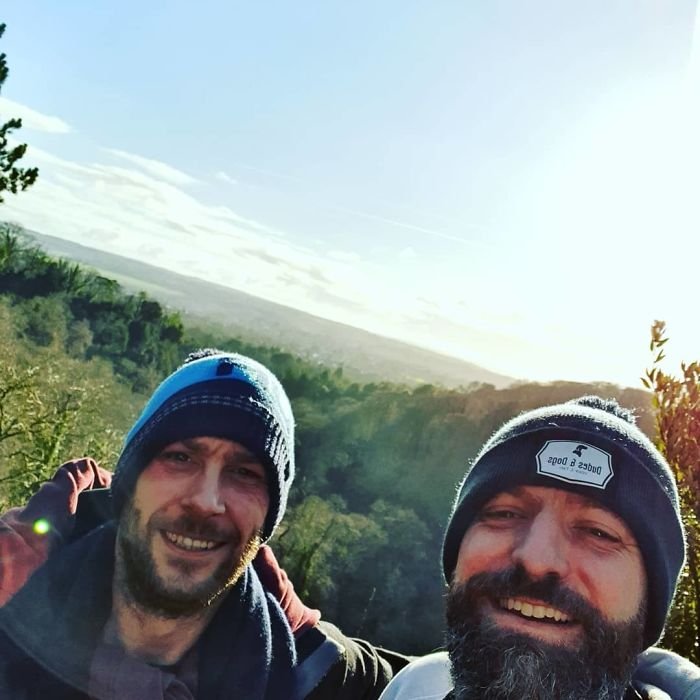 Let us know what you think of Rob's initiative, and share your stories of how you've dealt with mental health struggles. Then, make sure to check out Dudes & Dogs on Instagram!