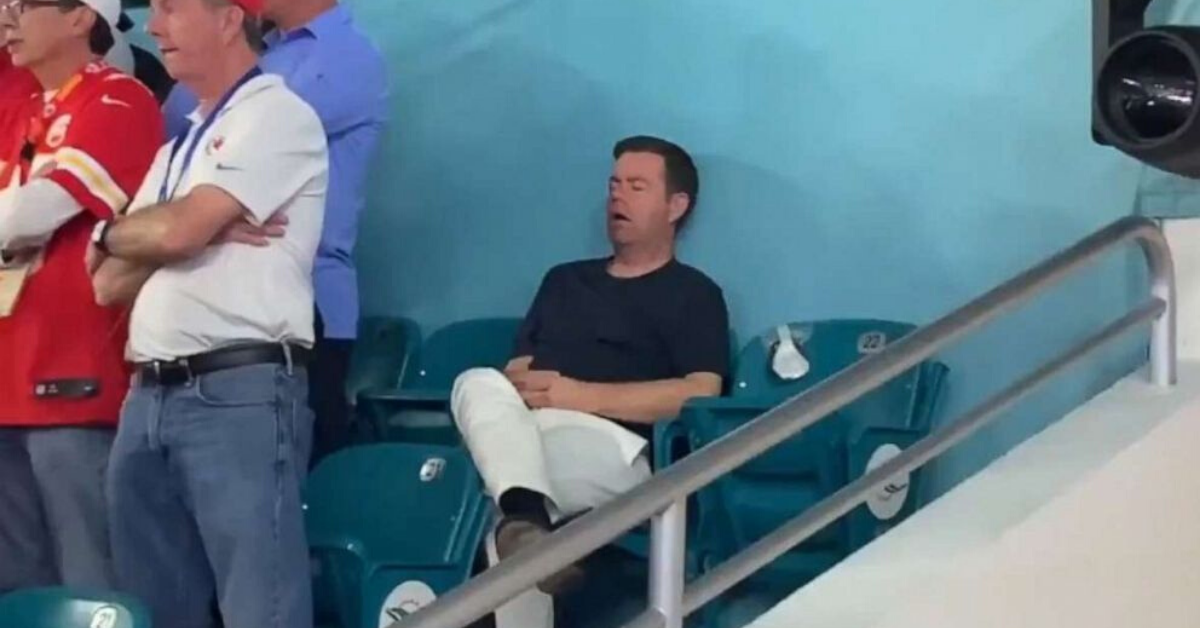 Man Goes Viral For Napping Through The Super Bowl

There are no bigger events, with more eyes on it than another day of the year than the Super Bowl.

This year, just over 62,000 people paid for the privilege of watching the spectacle in person in Miami. Getting in the door to watch Kansas City's thrilling come-from-behind victory over San Francisco was not for the faint of heart or light of wallet, as tickets went for an average of more than $6,000 according to Sports Illustrated.

Apparently the big game didn't get off to the greatest start, however.

At least, that's just judging by one fan's unwitting review as, in the first quarter of play, he was caught napping. Panning around the stadium, Karisa Maxwell, a deputy editor, and producer with Sporting News, found the guy calmly snoozing while everyone else was on their feet for the action.

The good news for the guy is that nobody else seemed to notice that he had nodded off and were content to let him nap.

Also, good news: the TV broadcast didn't clue in, otherwise up to 100 million people around the globe would have had seen him sleeping at the NFL's biggest, loudest event.

On the other hand, Karisa's video went out over Twitter, and he remained unaware — until he woke up and his friends showed him the video. By the time the game was over, Karisa's vid had been viewed more than five million times.

As many pointed out, the guy probably didn't get his money's worth for his seat unless he was severely sleep deprived.

But what can you do? If you can sleep through the Super Bowl, in person, chances are you need the sleep desperately.

Unfortunately, Karisa was unable to get an update on the man's situation.

He, er, politely declined an interview, and remains anonymous, as he probably should considering he never asked to go viral for napping at the Super Bowl.