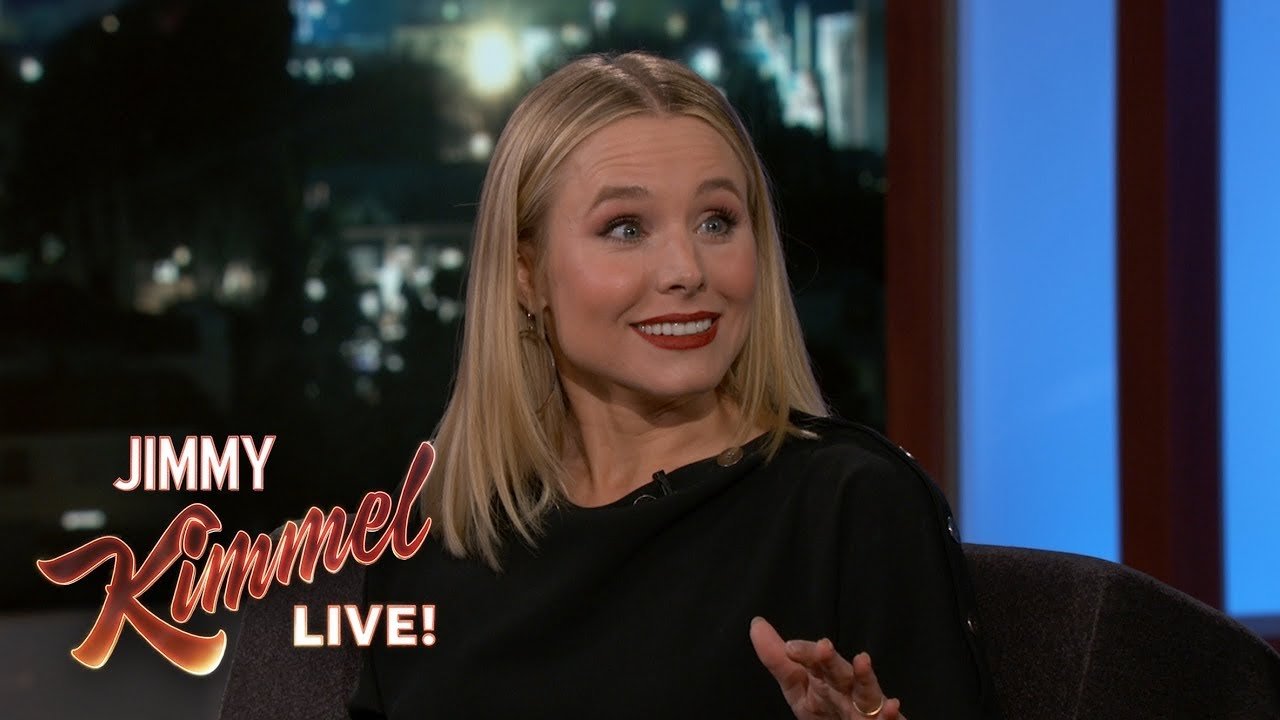 Kristen Bell Shares Hilarious Story Of Daughter Reacting To Grandpa's Death: 'Do I Need To Bring My Shovel?'

Kristen Bell has always had an unconventional approach to parenting.

She told her six-year-old the truth about Santa Claus and recently, she even handled the difficult subject of death in a hilarious way.

As a mom of two young children, Kristen Bell is FULL of hilarious stories. 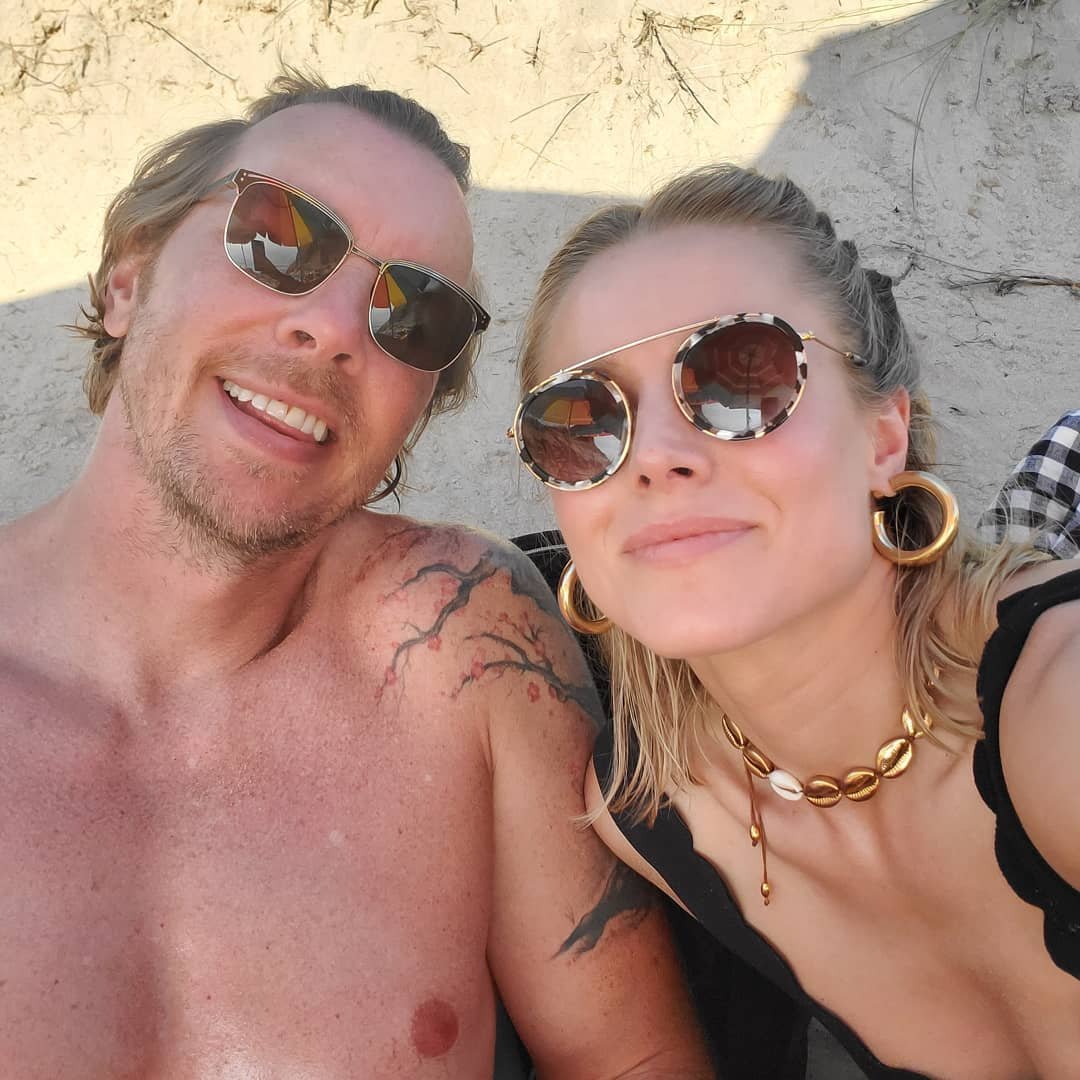 She has both Lincoln, 6, and Delta Bell, 5, with husband, Dax Shepard.

As you can imagine, life can get pretty busy.

Just a few months ago, the "The Good Place" actress recalled how she told her six-year-old daughter the truth about Santa Claus.

This all started when Lincoln came to Bell with the question that parents fear most: is Santa Claus real?

"She said, ‘I’m just not buying this whole Santa Claus thing. There’s no way he would be able to make it to every single house. You said there’s billions of people on the planet,’” Bell recalled to "Women's Day." 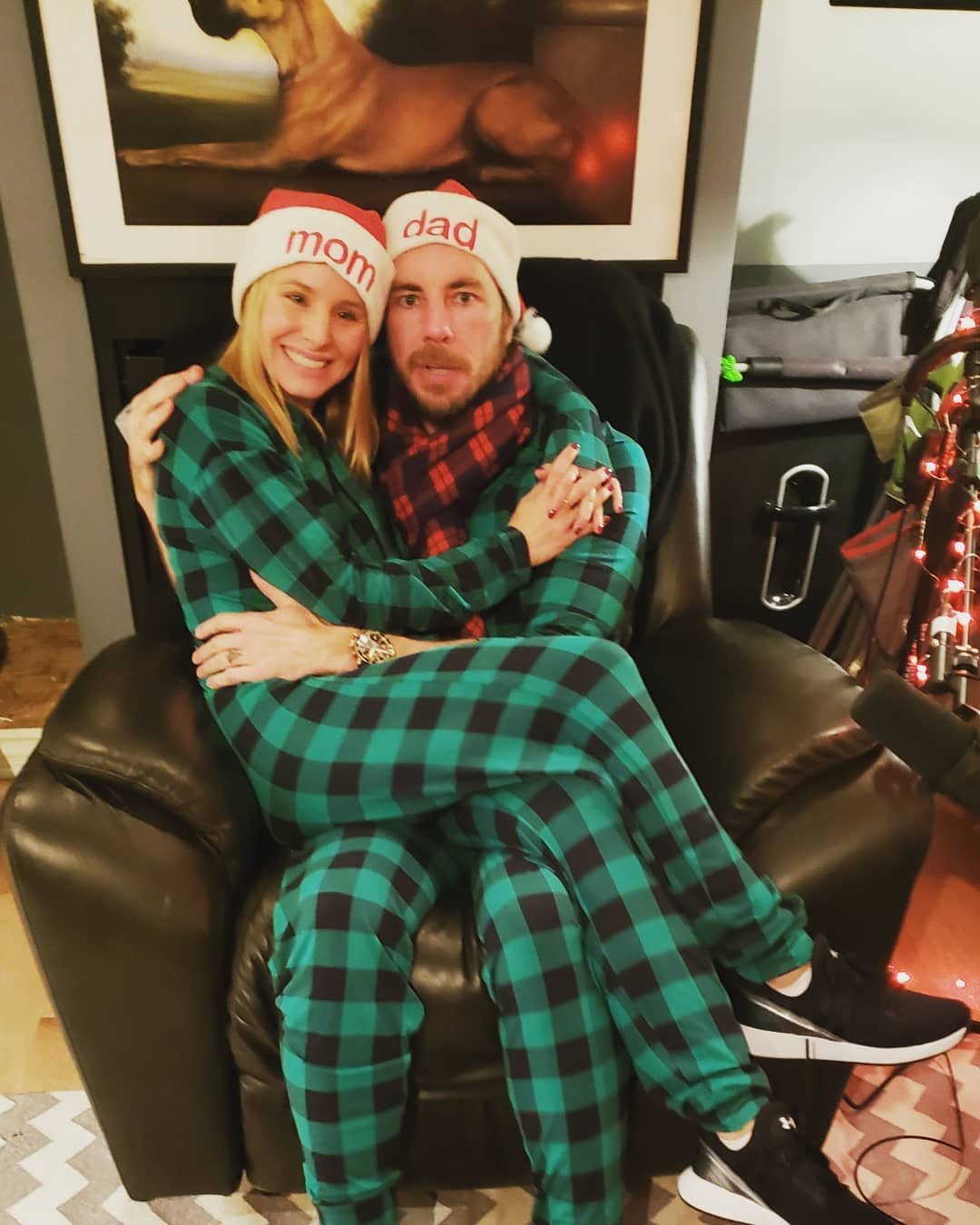 “At that moment, my heart kind of sank," she explained.

Bell knew she was at a crossroads. She could lie or tell her daughter the truth, potentially ruining the magic of Christmas. 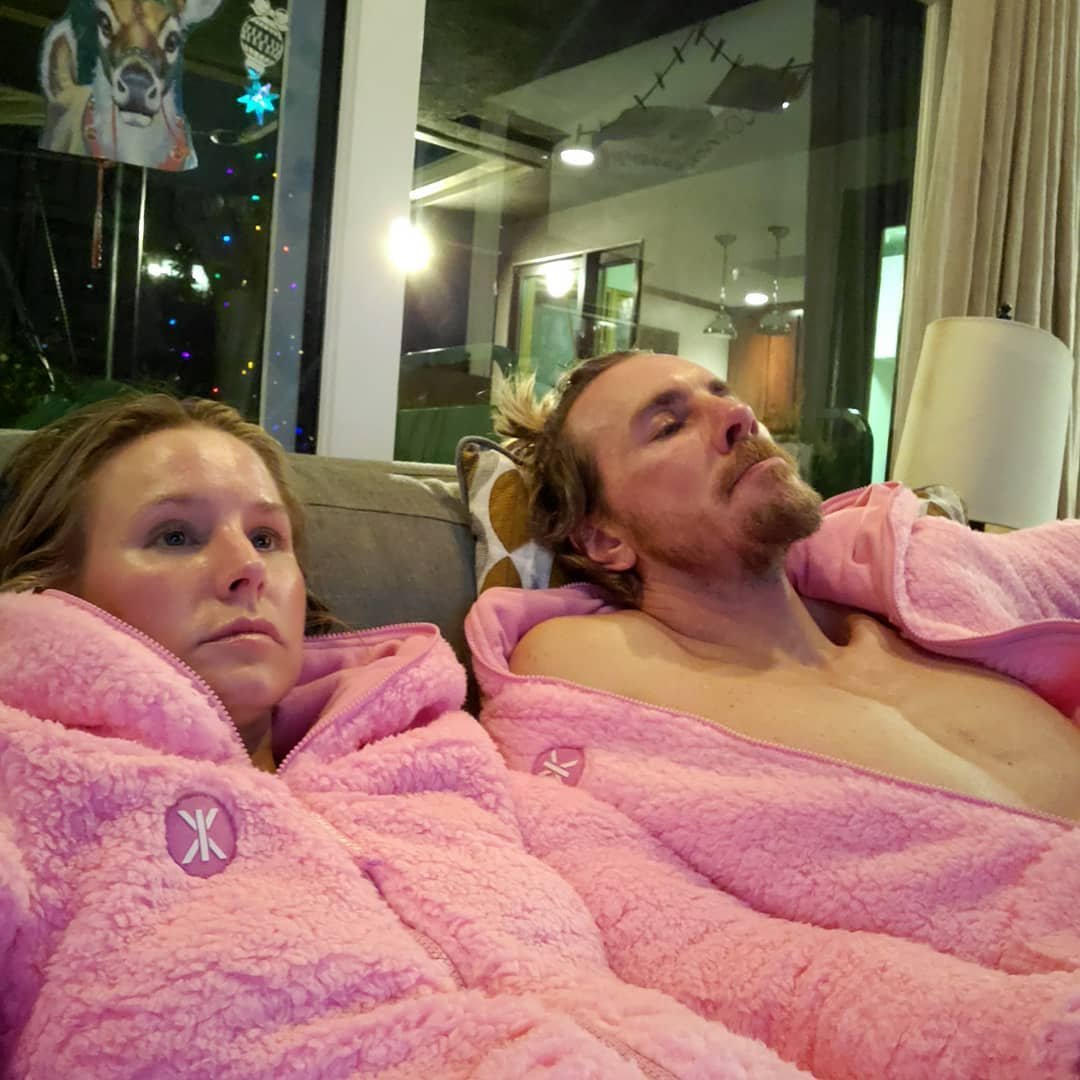 In the end, she chose the truth since she wanted to teach her daughter that “when you feel in your gut that something stinks, question it.”

"I pictured her in a more adult situation where she had a sinking feeling in her gut and wanted to ask [a] question," Bell explained. 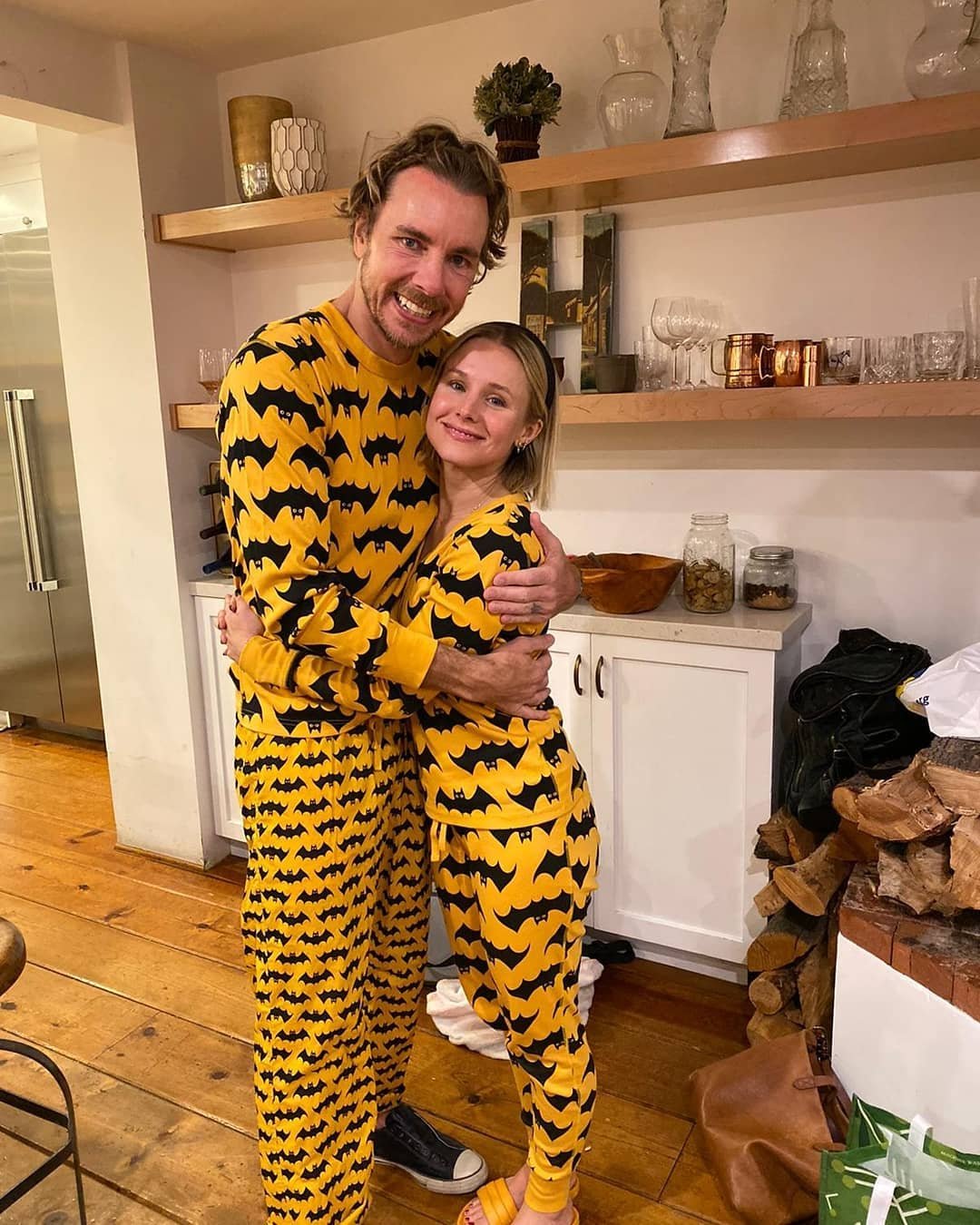 Lincoln even rides motorcycles, so this makes sense. 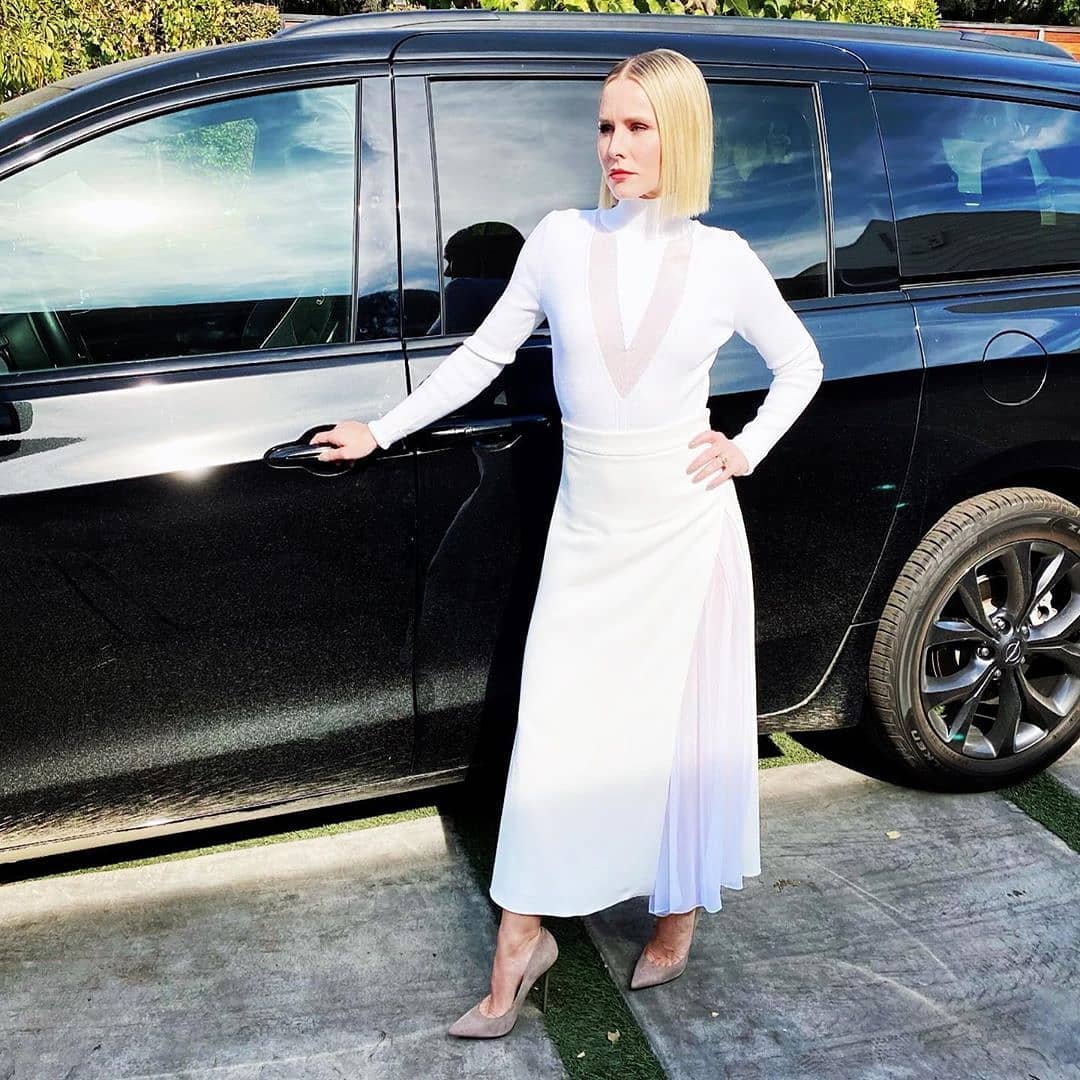 "Was I going to pat her on the head and go, ‘Stop thinking about that, I already told you, it’s fine, believe me,' or would I want to produce the kind of person who goes, 'I’m sorry, I really do need more information on this?'"

She then told her daughter the truth about Santa Claus is a way that is so damn brilliant:

She said that the idea of Santa Claus is “an imaginary game we play because it’s really, really fun.”

This isn't the first time she's been the epitome of #ParentingGoals, either:

Bell has tons of hilarious/important quotes online about her approach to parenting. We bet you'd love to hear a couple.

Which is why we tracked some of them down to show you. 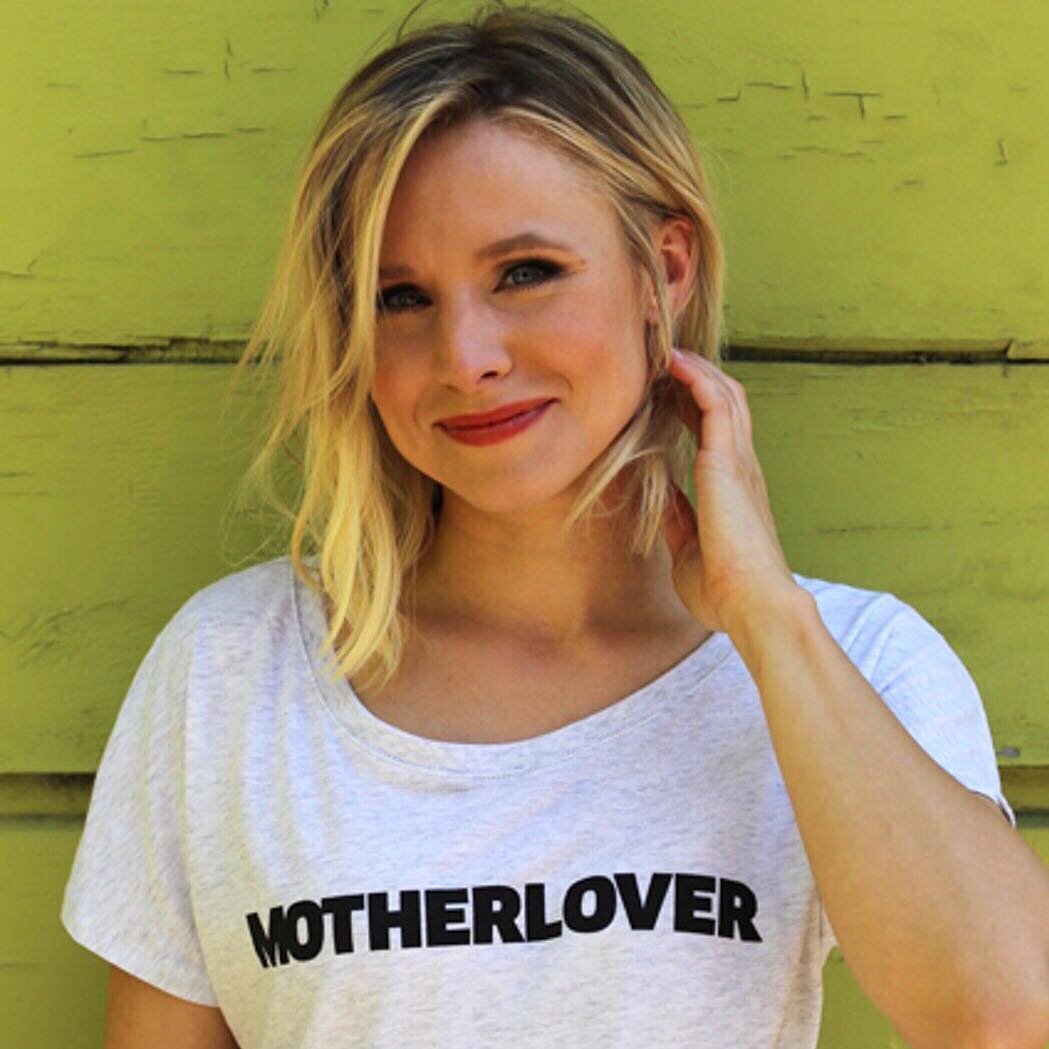 "My current alarm clock is the blood-curdling screams that I wake up to. I bolt down the hallway thinking that someone’s fallen out of their crib or broken their arm or, I don’t know, drowning in the sink, and then they’re just like ‘Good morning, Mommy!’” 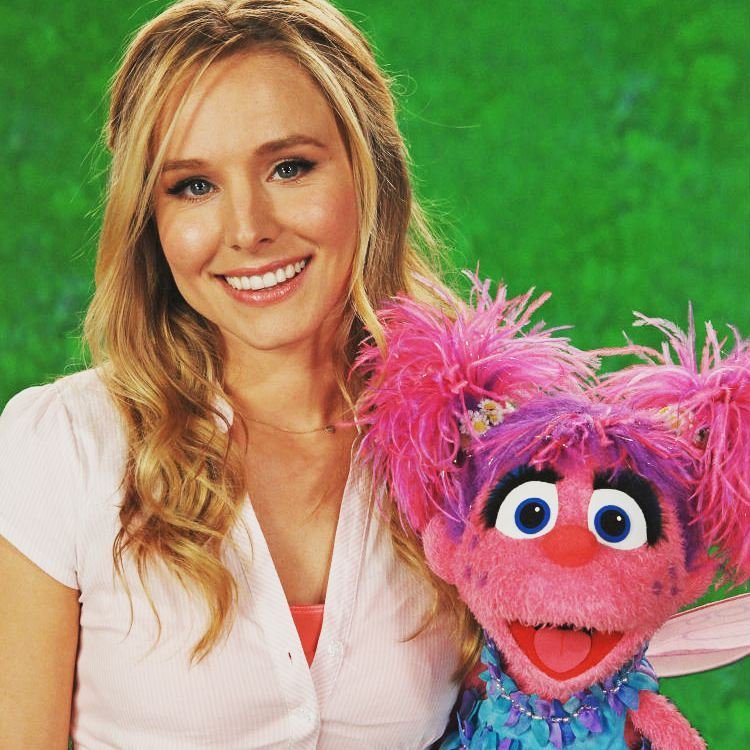 “We have very strict rules in our family about how we treat people with respect, especially our family members. … We are going to be with each other in the long haul, so it’s important to always be respectful and treat your sister the way you want to be treated.”

On parenting in general: 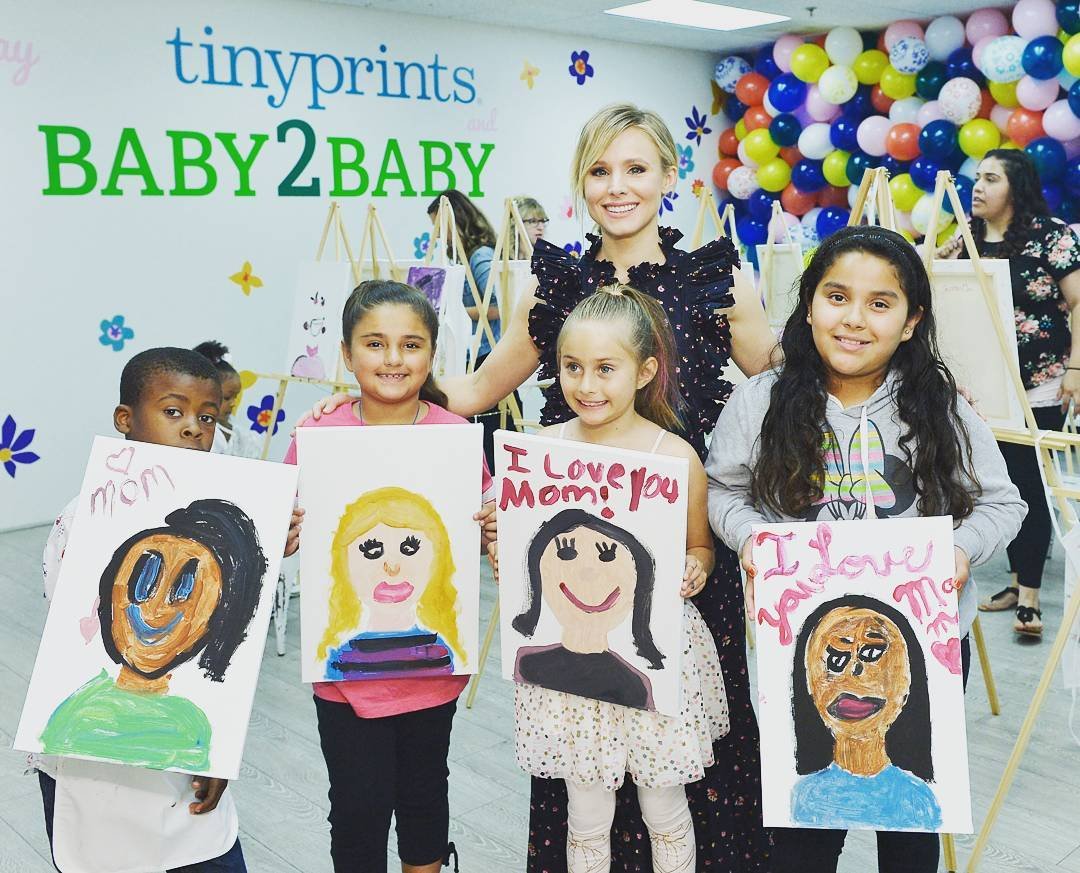 “When Lincoln came out, at first I was like, ‘Eh, what do I do with it? I can take it home?’ But when I started breastfeeding, the oxytocin or my hormones or hundreds of thousands of years of evolution kicked in. I didn’t want to let her go."

"Having kids feels like that first seventh-grade crush that overwhelms every molecule in your body, but it’s permanent. ... "

"Other than the sleep deprivation in the beginning and trying to figure out how not to screw your kid up, the rewards are mountains larger than the battles.”

The "Frozen 2" star has even shared the concept of death to her kiddos. 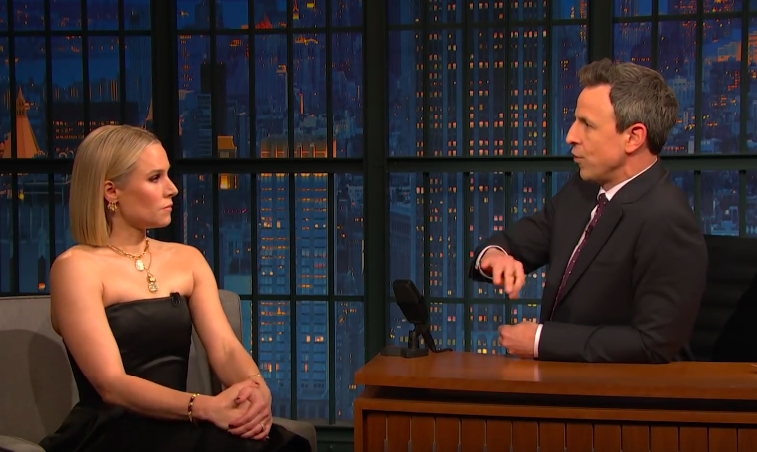 She shared this crazy story during a recent appearance on The Late Show with Seth Meyers.

“Their grandfather was dying — and he’s already passed, but while he was dying, my little girl was in the back and said, ‘So when papa dies…Are we gonna come to Oregon with you?'” Bell began. 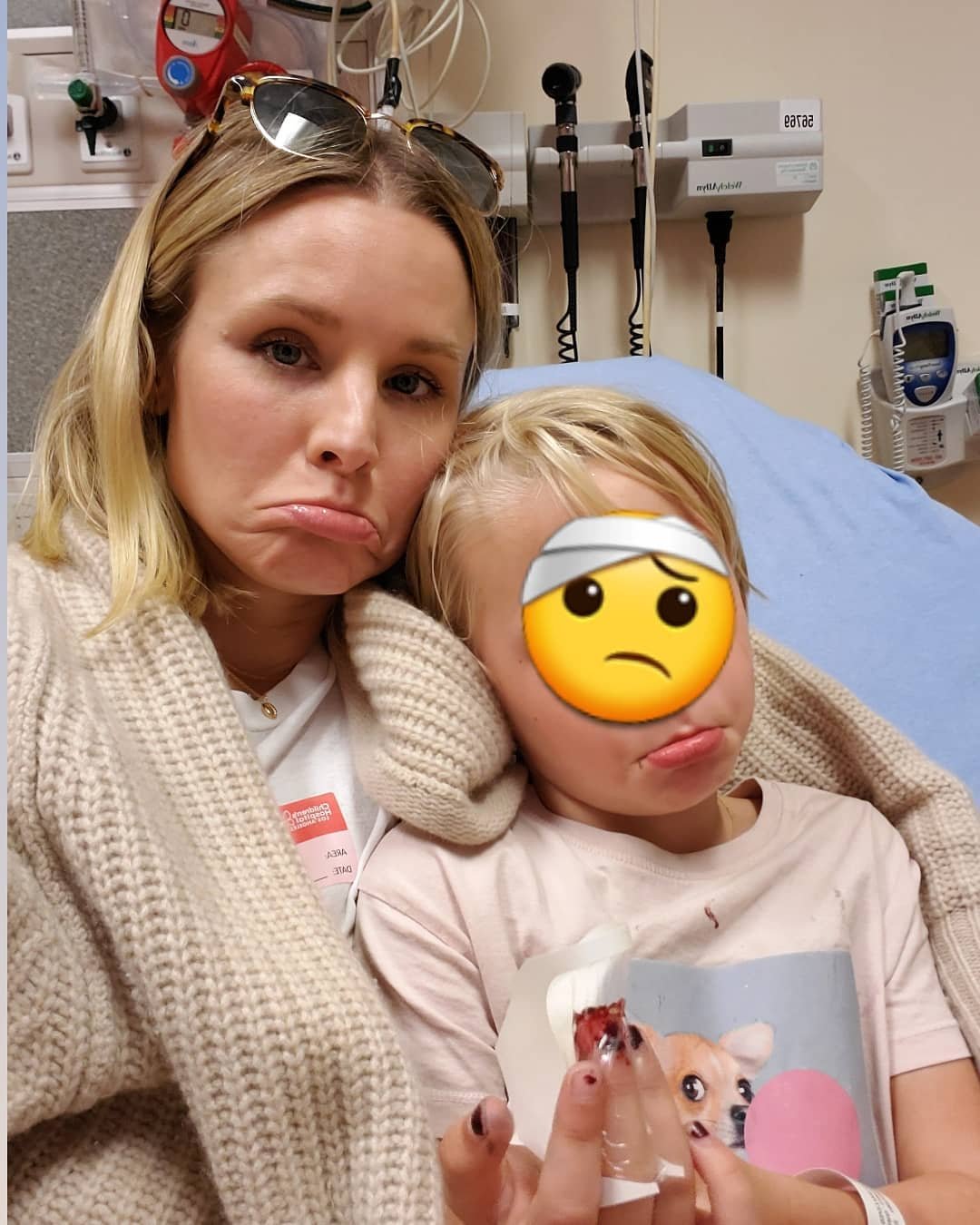 “She was like, ‘Okay. Do I need to bring my shovel? Because I have a garden set.’" 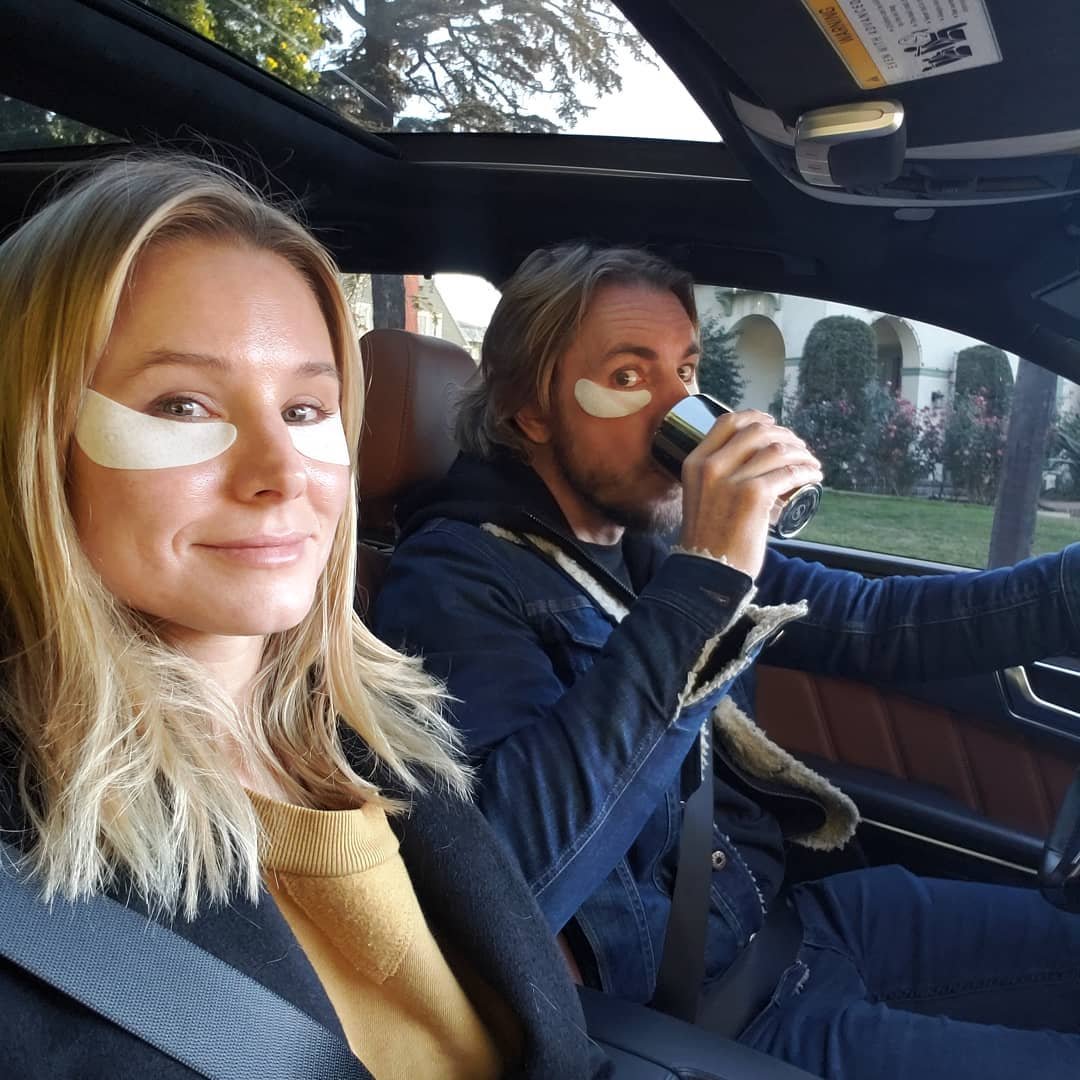 "And I said, ‘Why would you pack your shovel, honey?’ She goes, ‘Well, I want to help bury him. Where do we do it? The side of the house? Or…’ Like, so practical and wanted to help."

“I had to explain to her that we, you know, we don’t bury him on the side of the house because it’s not legal,” Bell shared. 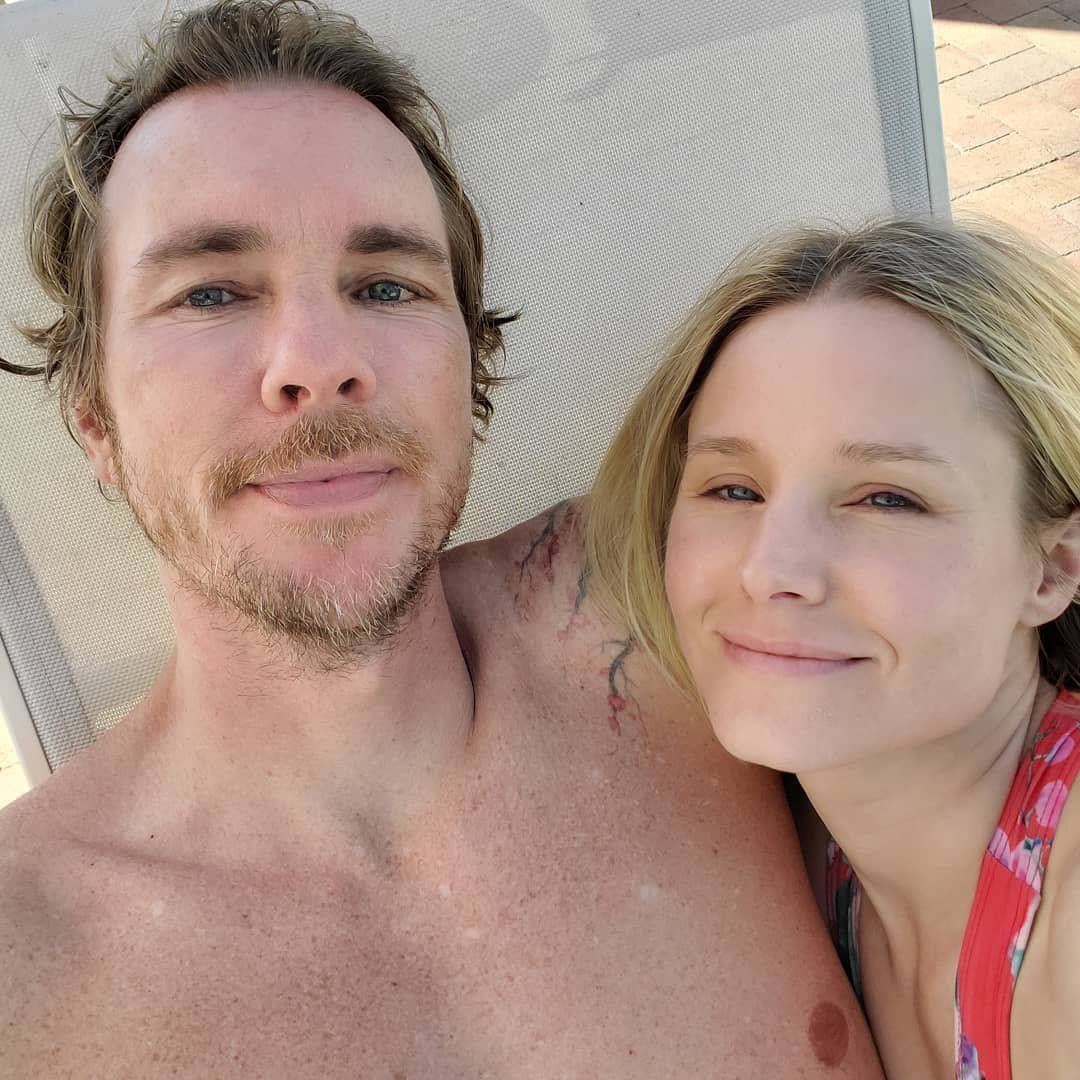 “But she genuinely wanted to, like, bury her grandfather and I thought there’s something oddly beautiful about that."

“She’s a younger member of the family contributing to an older member’s peaceful passing on,” she added. 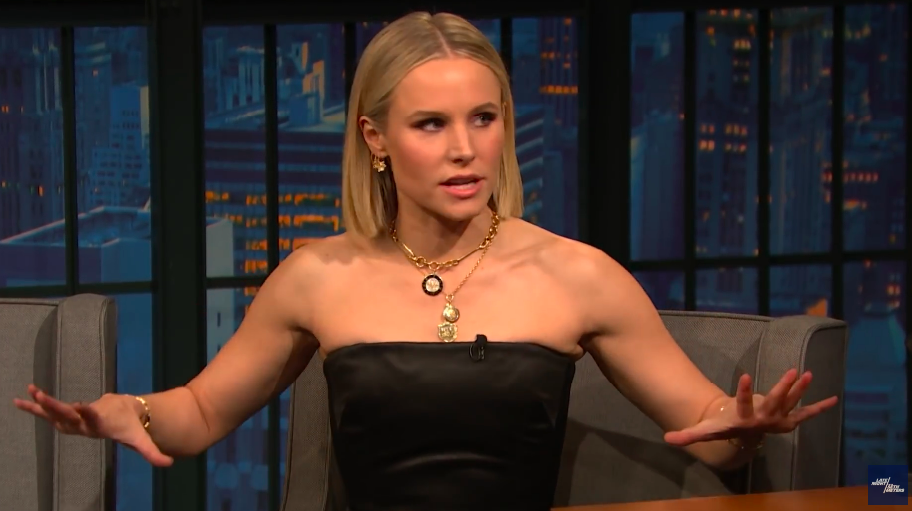 “Some people could say she’s a sociopath but I’m not going down that route.”

Since Kristen starred on "The Good Place," a show about death, this meant that the subject has come up in their household before. 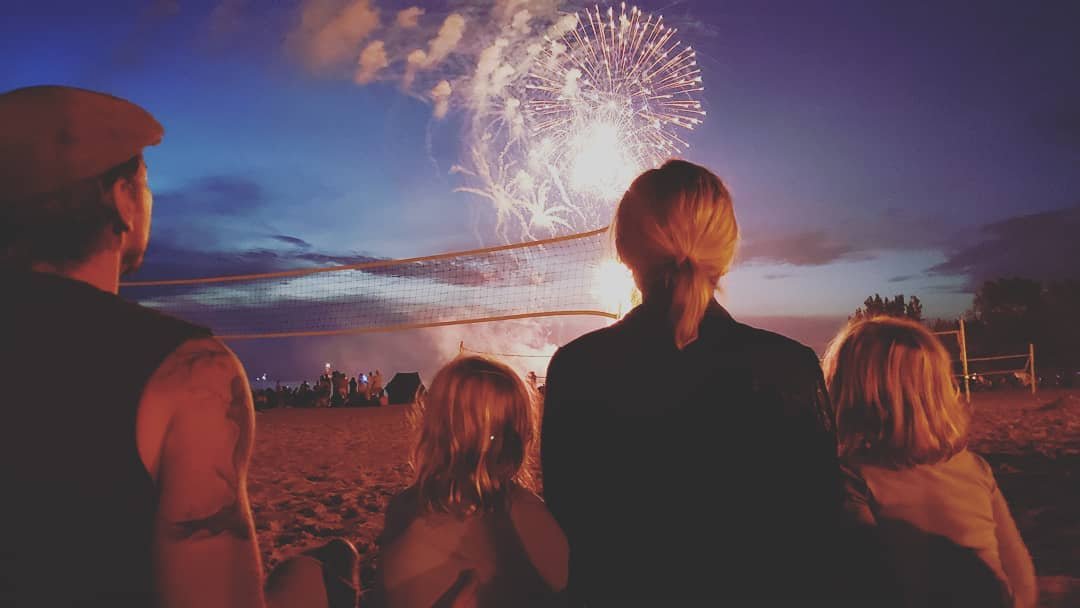 "Our daughter, when she was five said, 'Am I gonna die?' and we both, like, the air got sucked out of the room and we were like, 'This is it. What do we do?!''"Kristen shared to Seth. 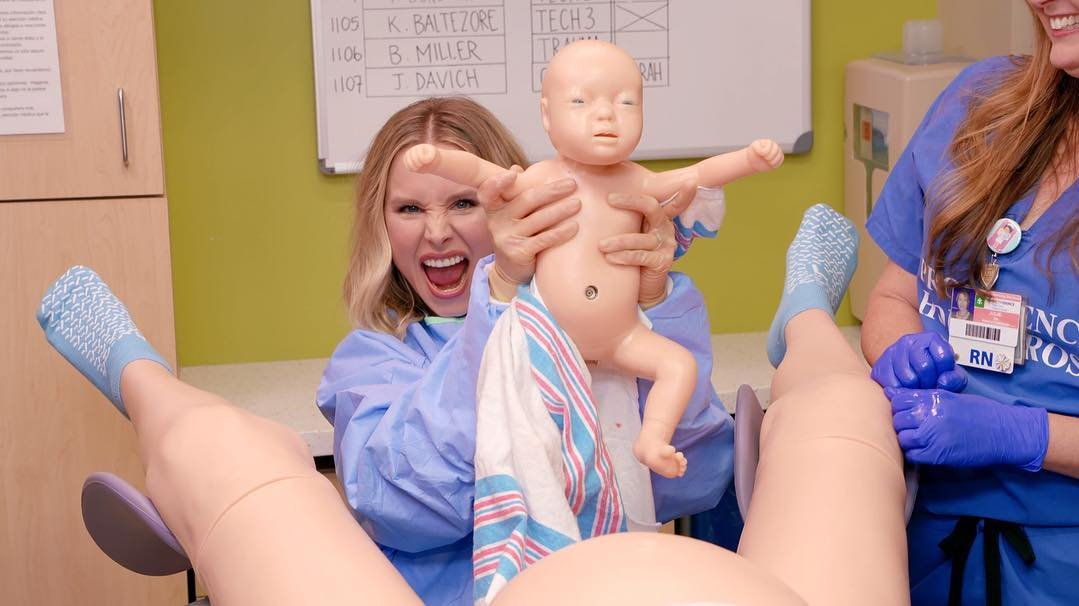 "And we just said, 'Yes, you're gonna die.' And she went, 'Ugh…' And then we said, 'And we really don't know what happens when you die. You may just become flowers,'" she continued.

"And she went…'Ok' and we were so relieved because we did make a commitment never to lie to them," she added. "And it's controversial because they asked about Santa Claus, and I was like, 'I'm not gonna lie to you.'"

To watch Kristen's interview with Seth, you can catch it here!

Twitter could not help but praise Bell for how she handled the situation.

It was very mature and frankly, her kid was probably better off for it.

But of course, there were haters.

Is this tweet supposed to be saying that she is out of touch? Honestly, I can't even tell.

Her haters are so mind-boggled by her great parenting they can't even tweet right!

Then there are the tweets that have people wishing that they actually had Bell as a mother.

Which kind of makes sense. She seems pretty cool.

What's your favorite Kristen Bell parenting moment? Let us know below in the comments!